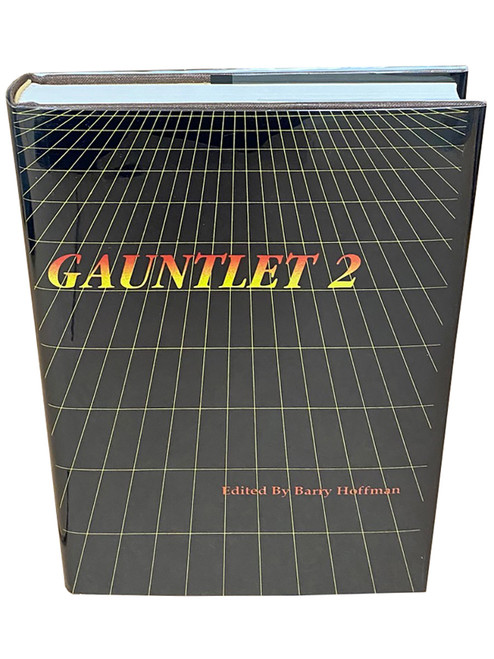 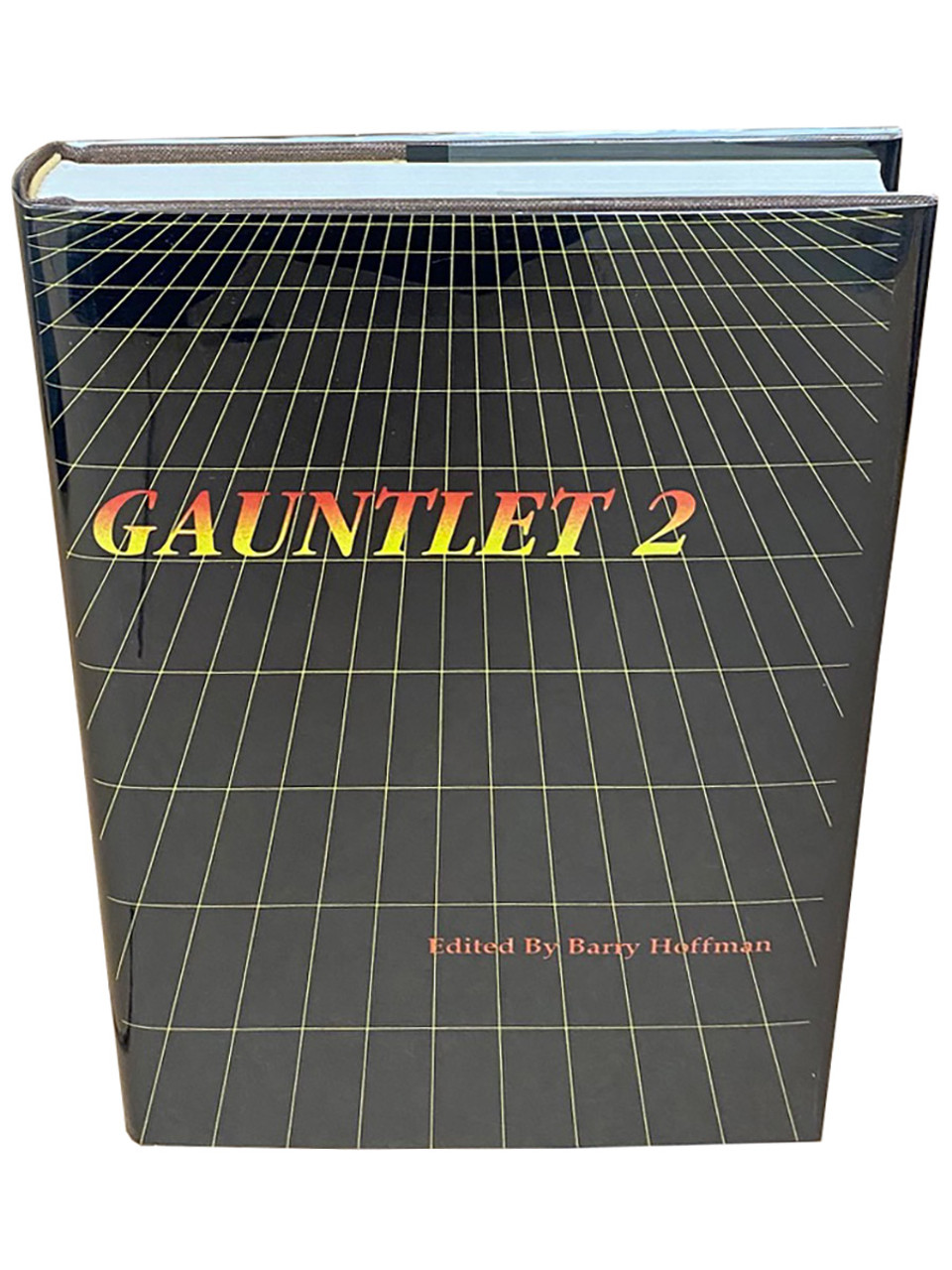 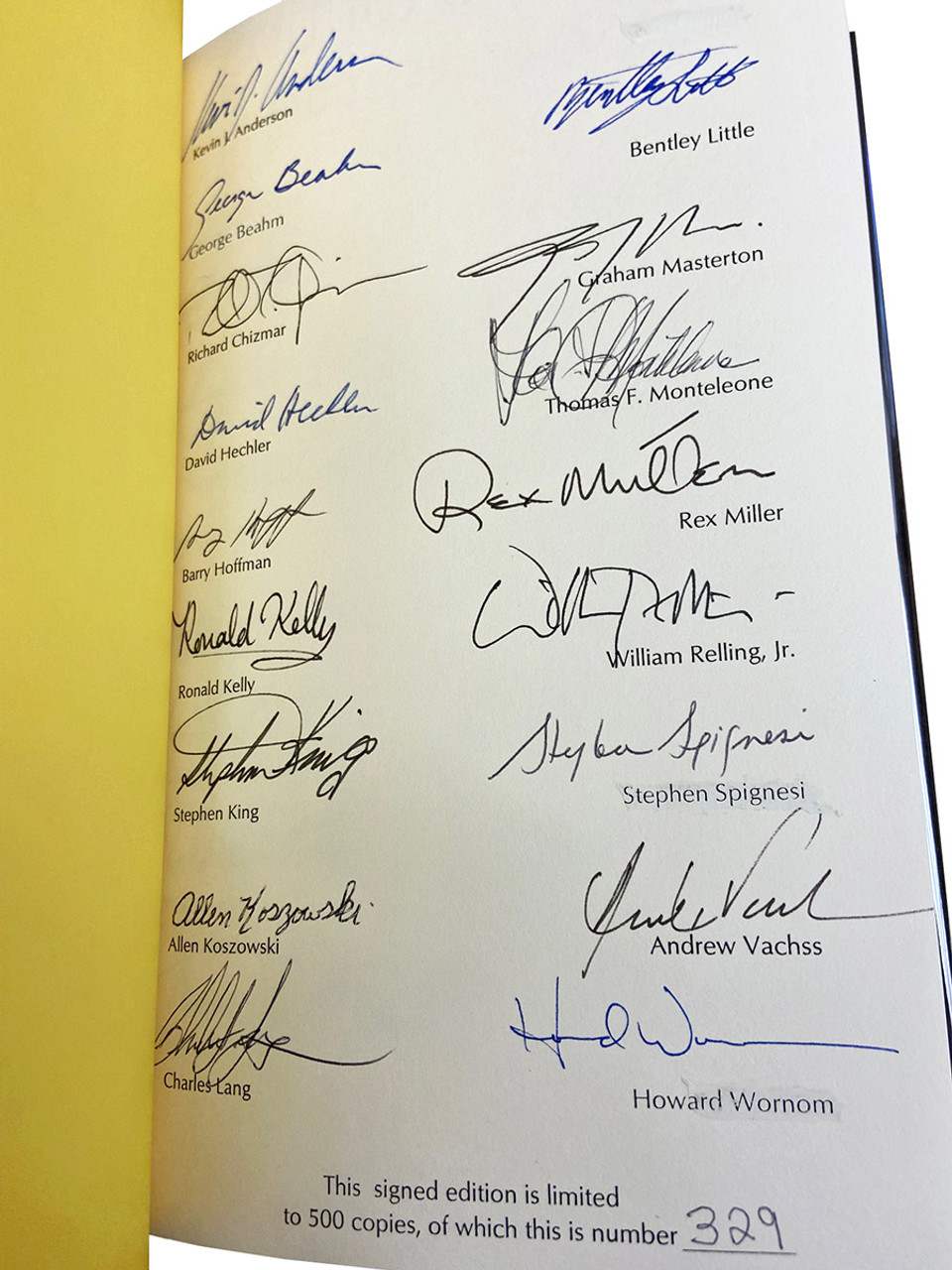 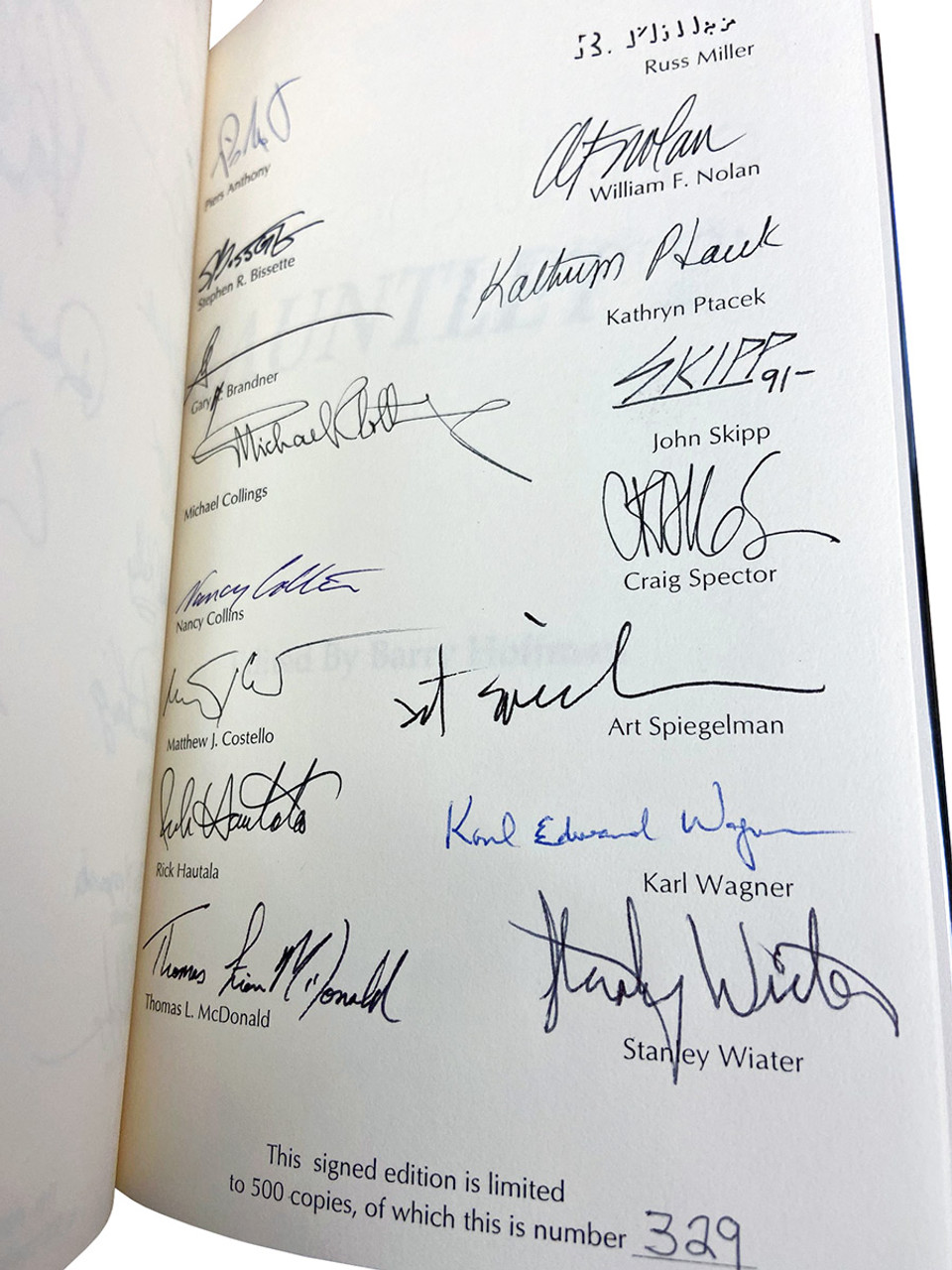 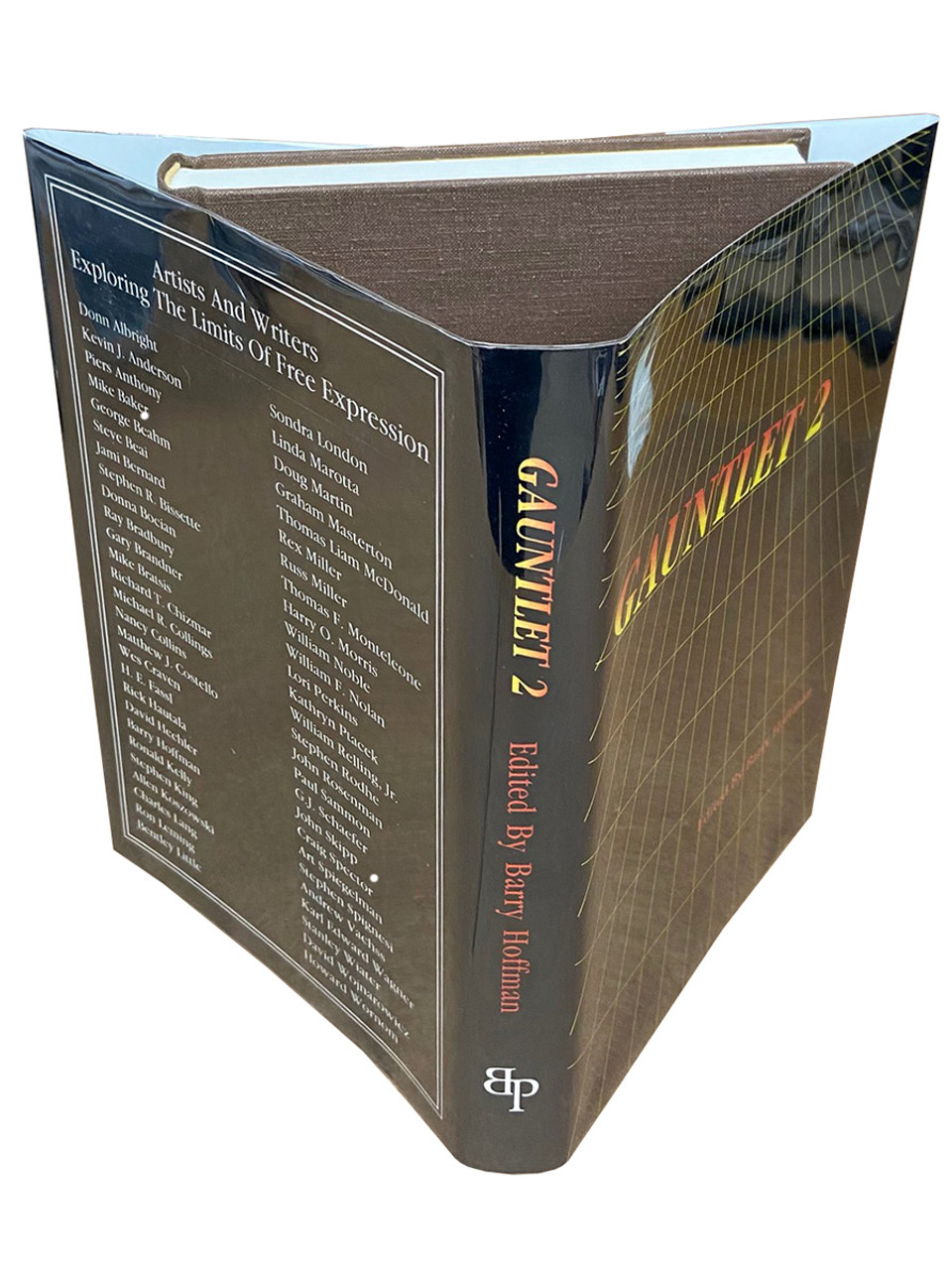 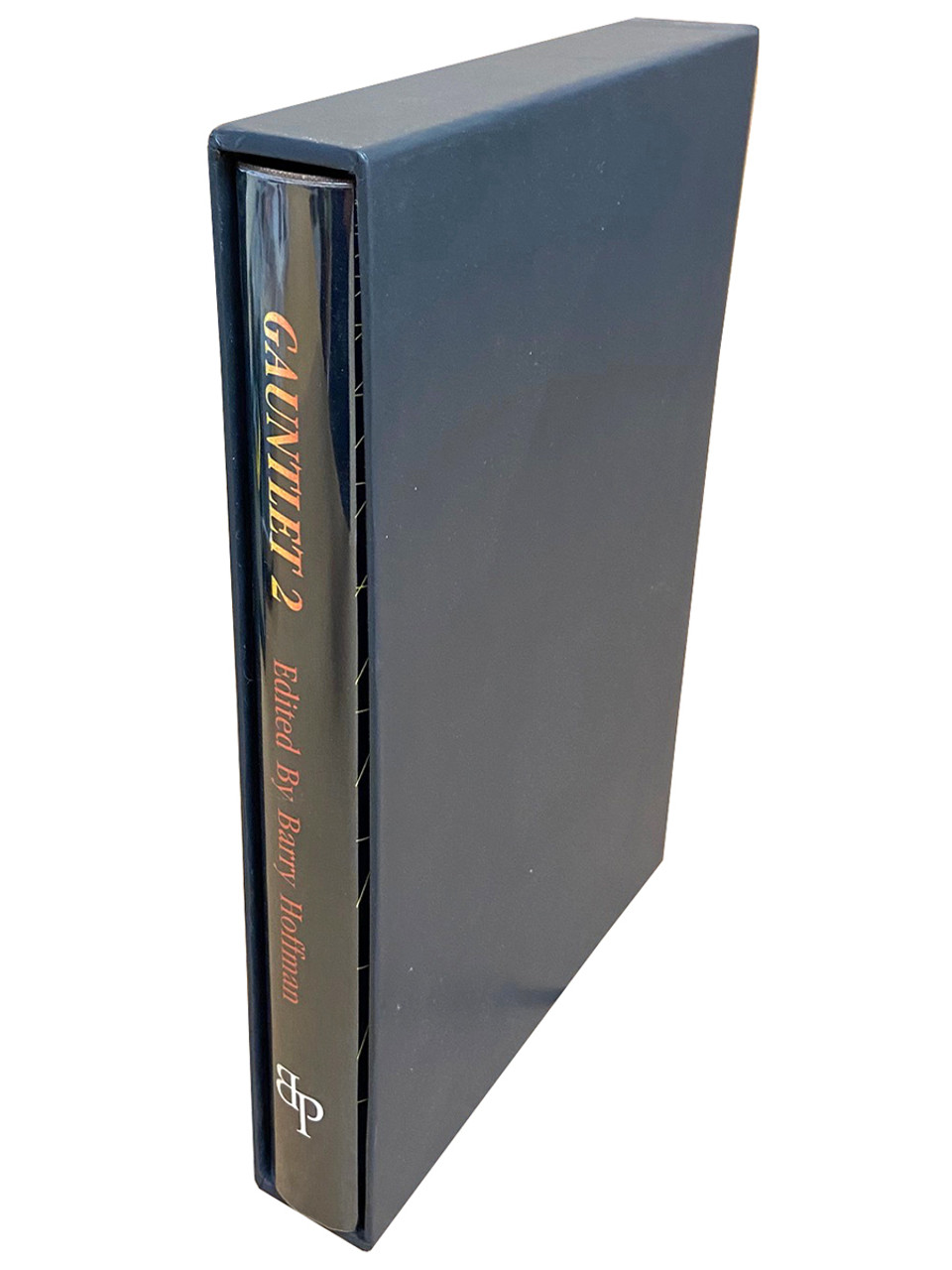 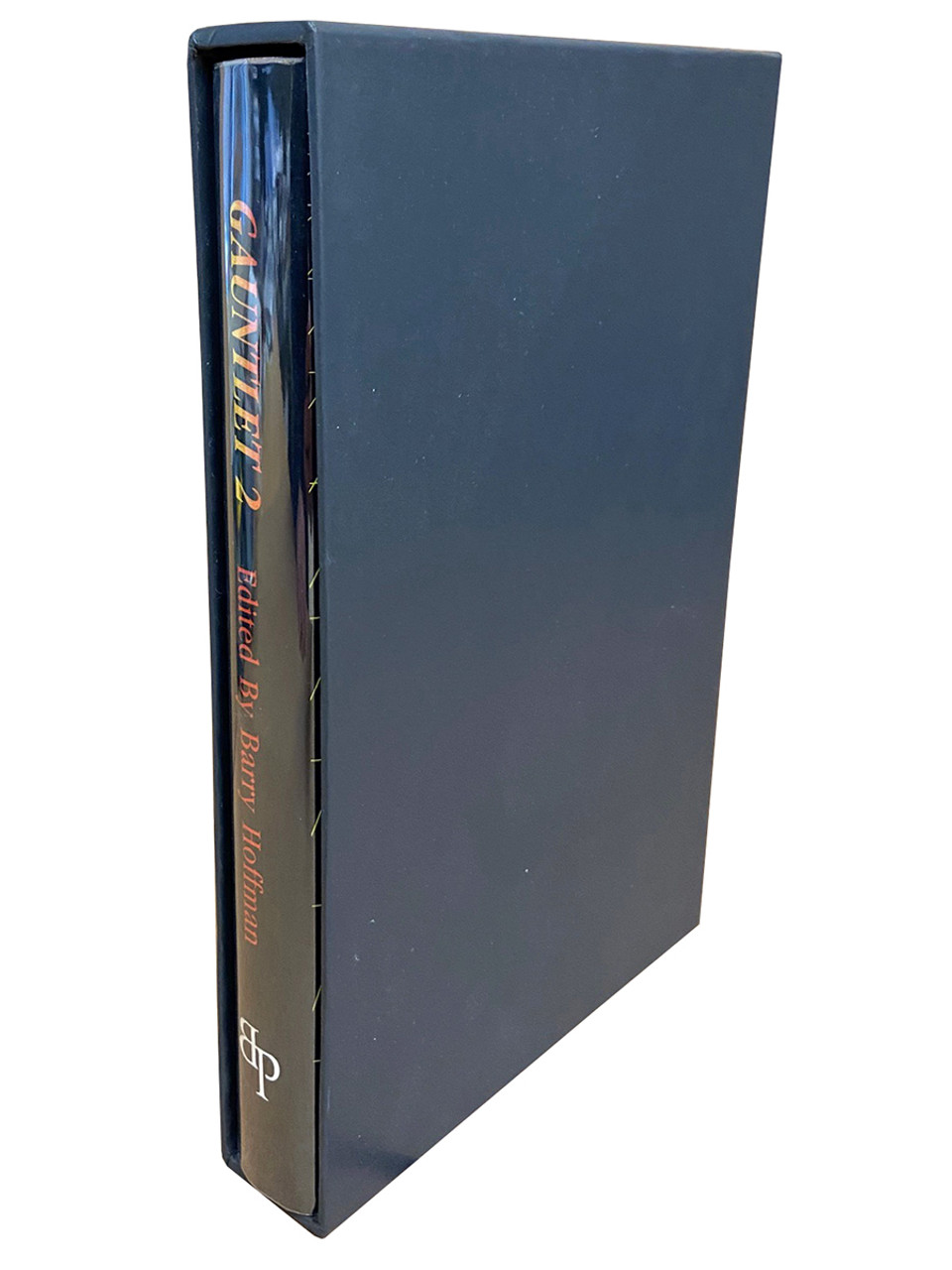 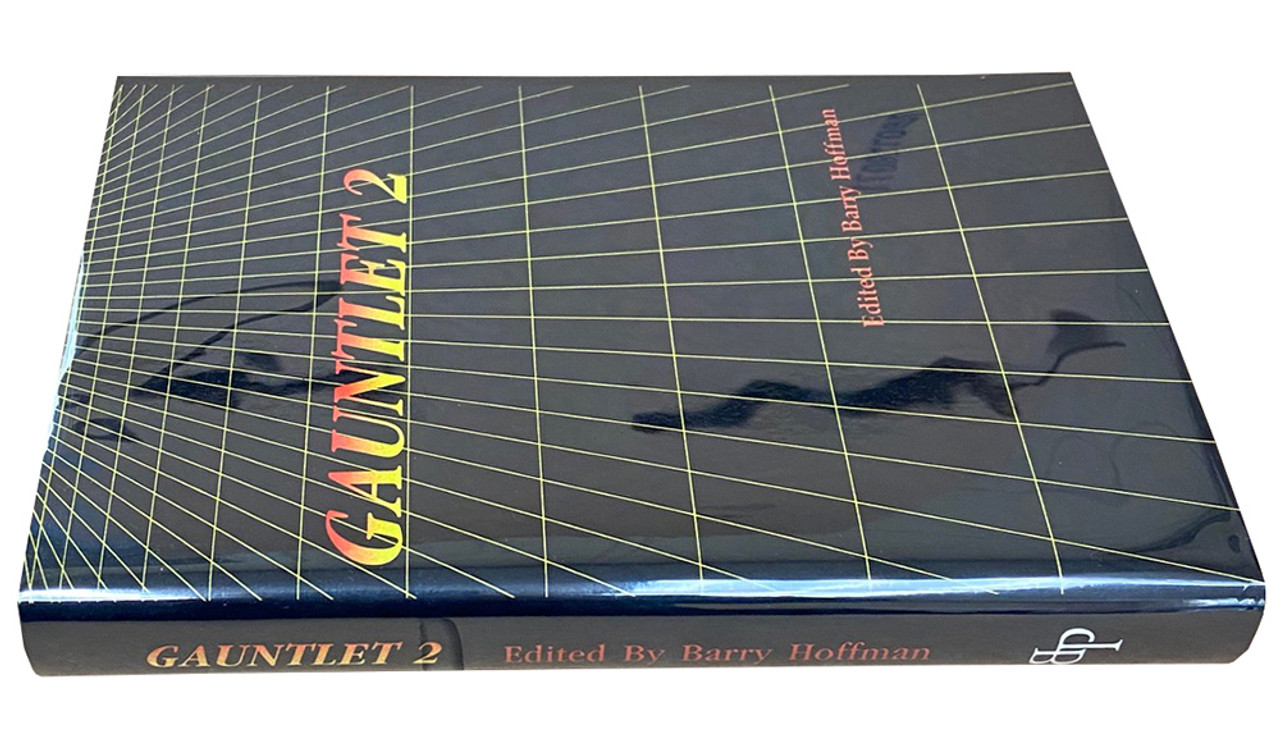 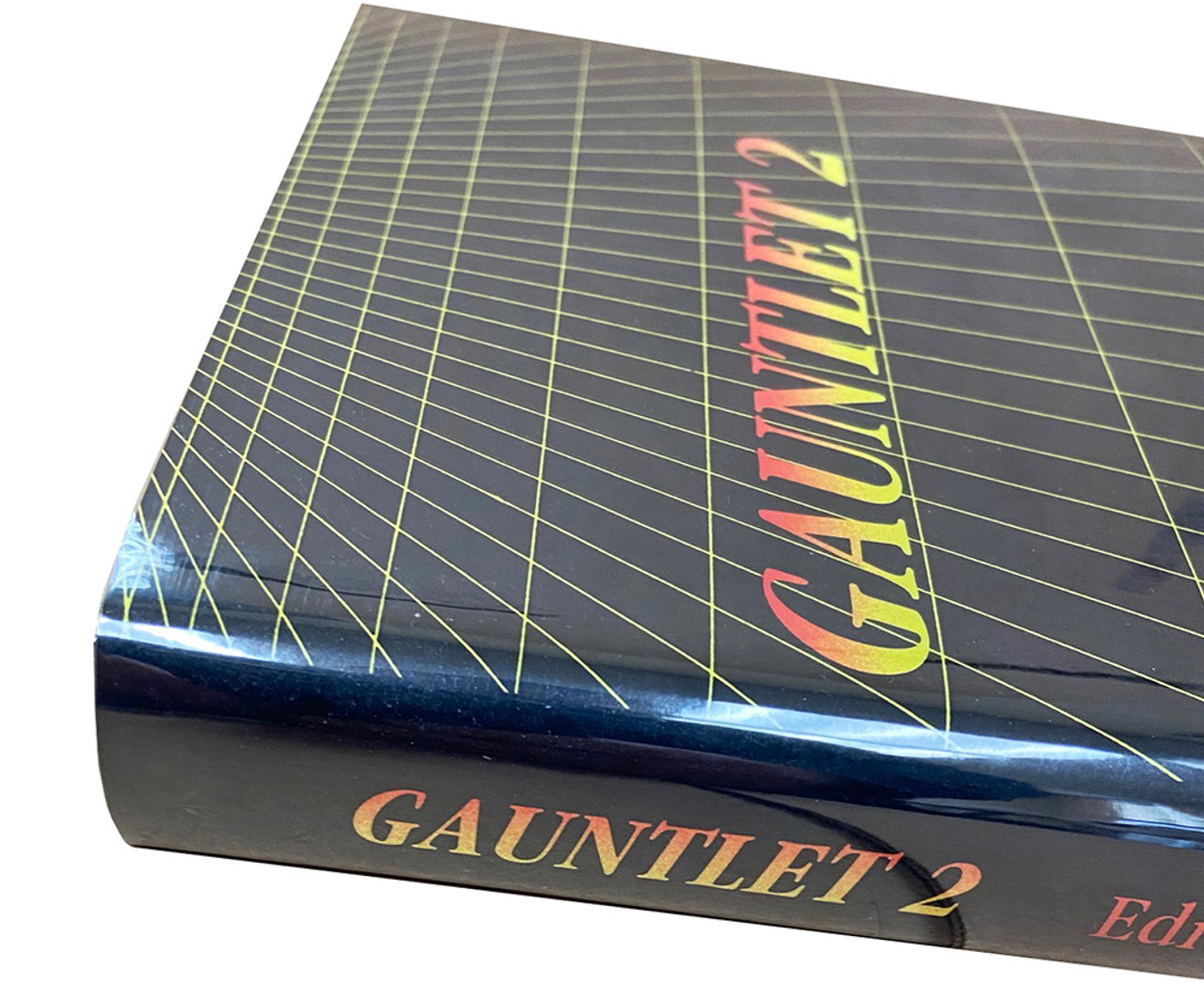 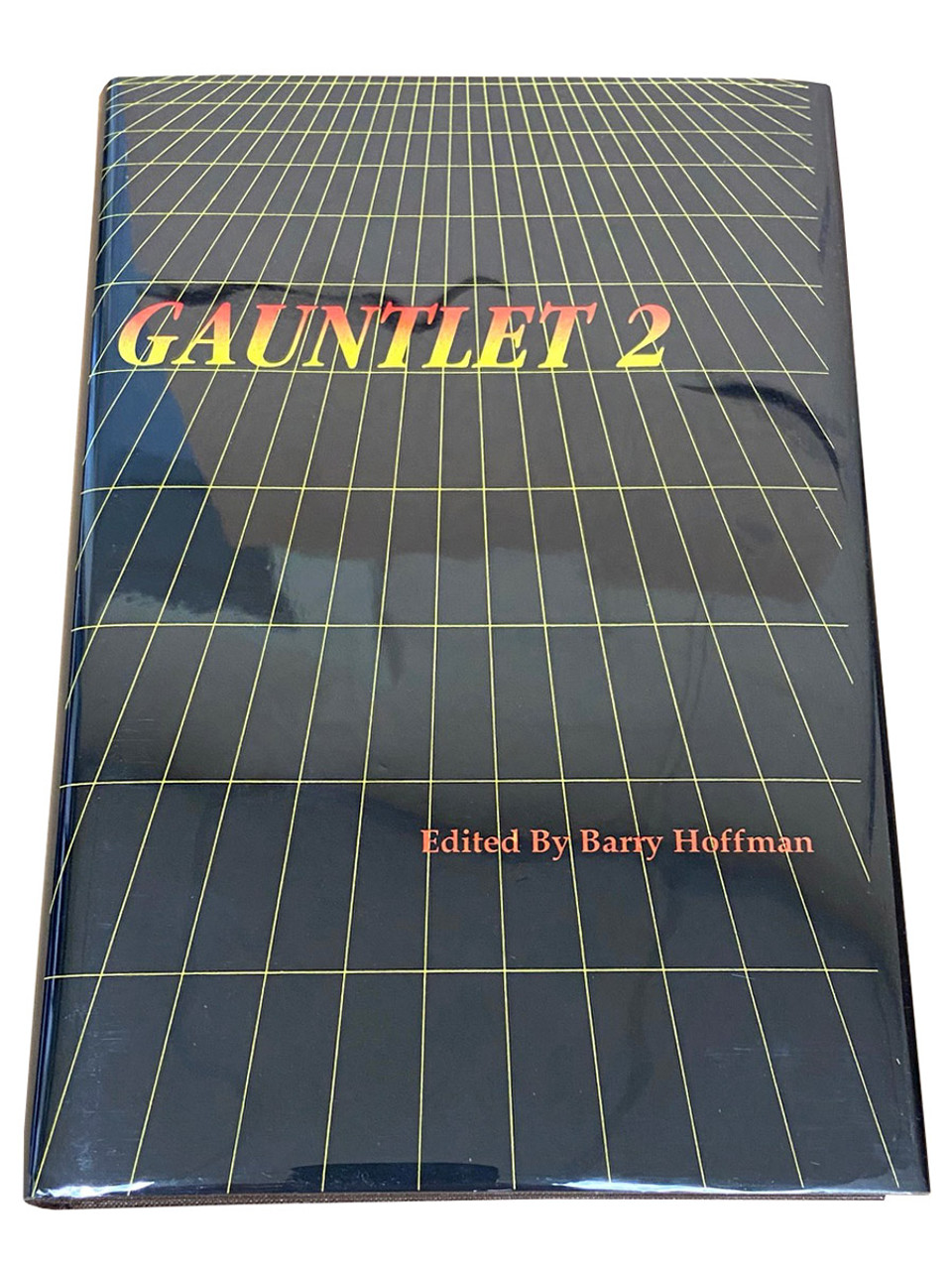 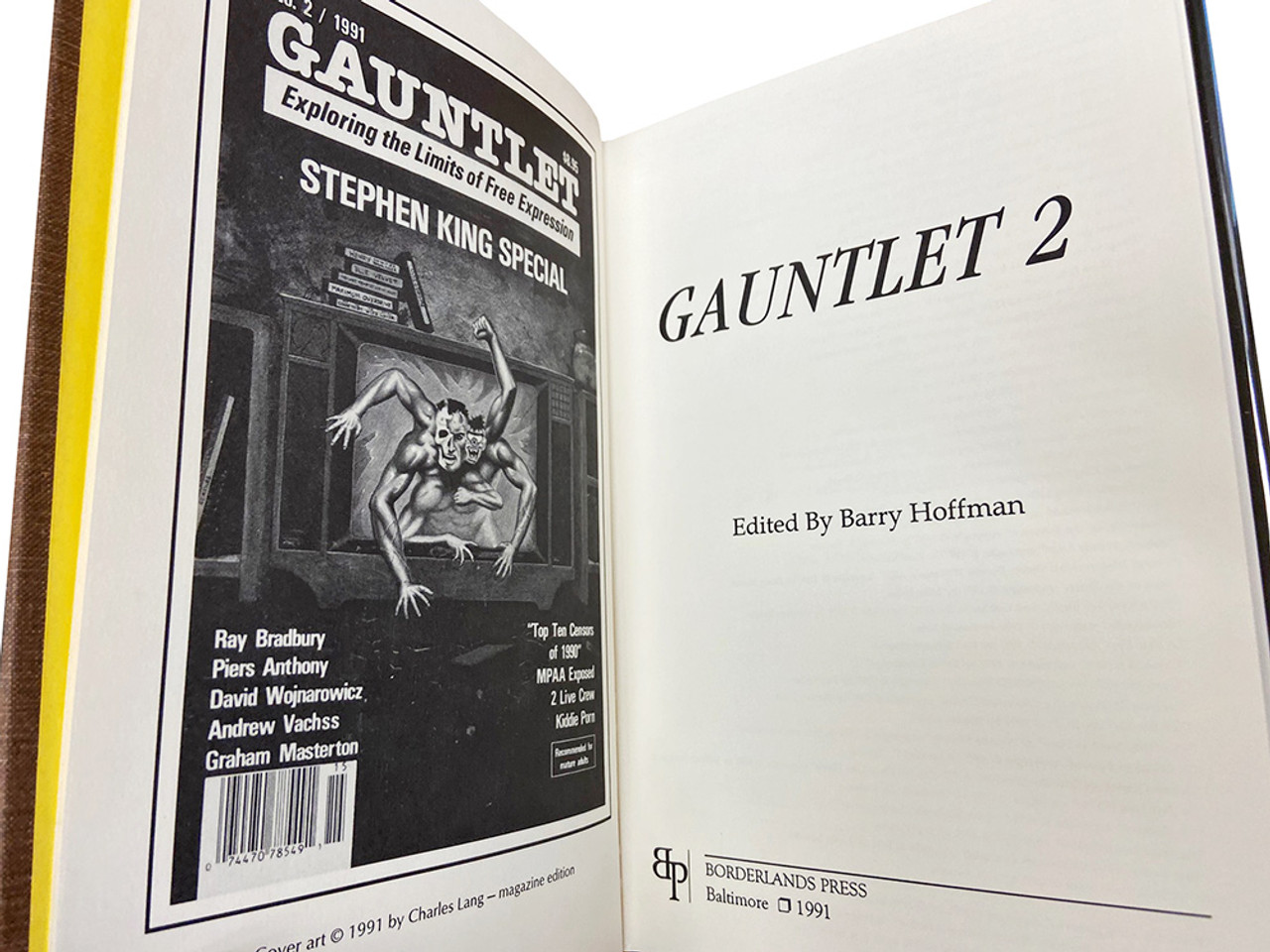 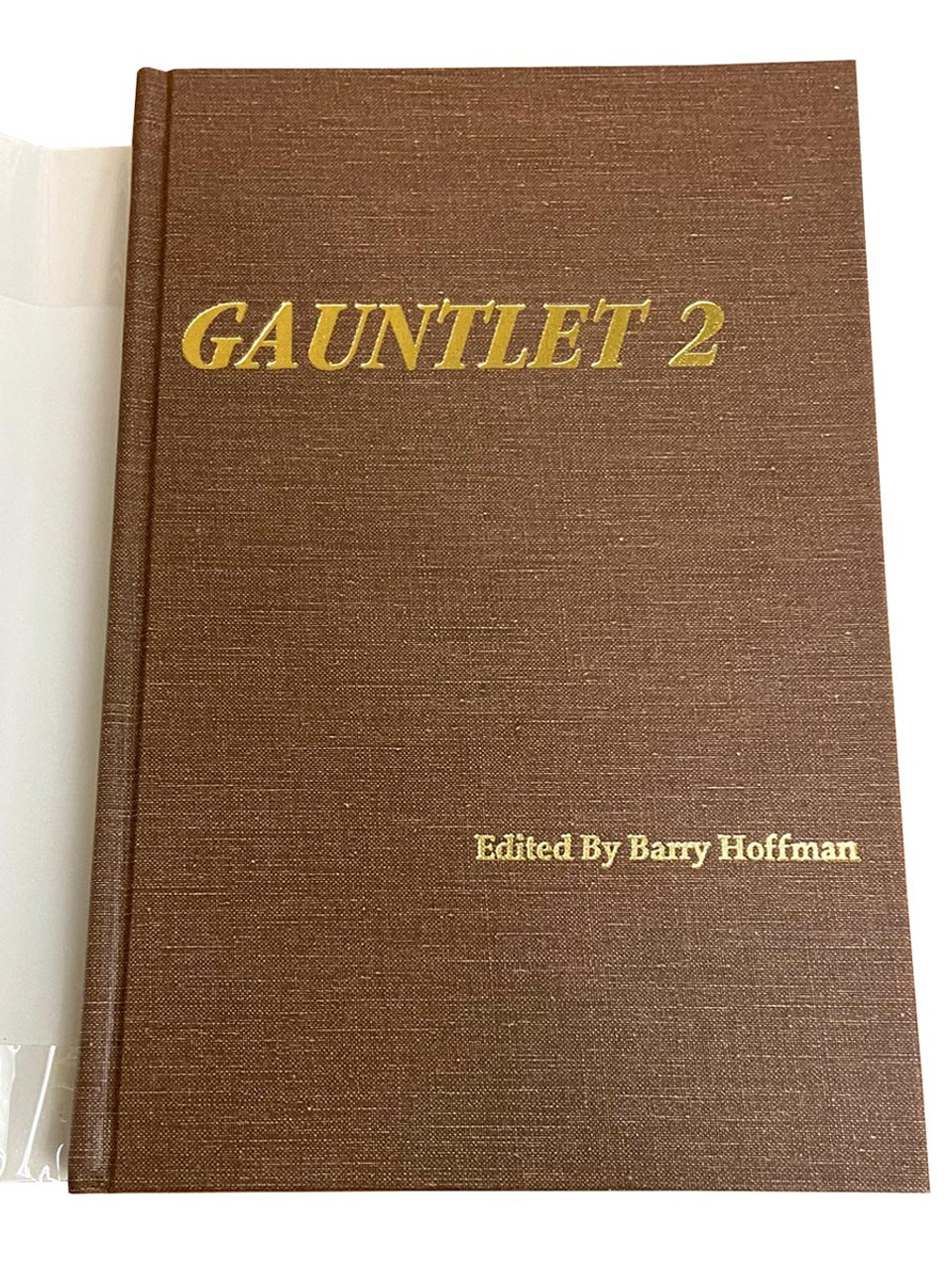 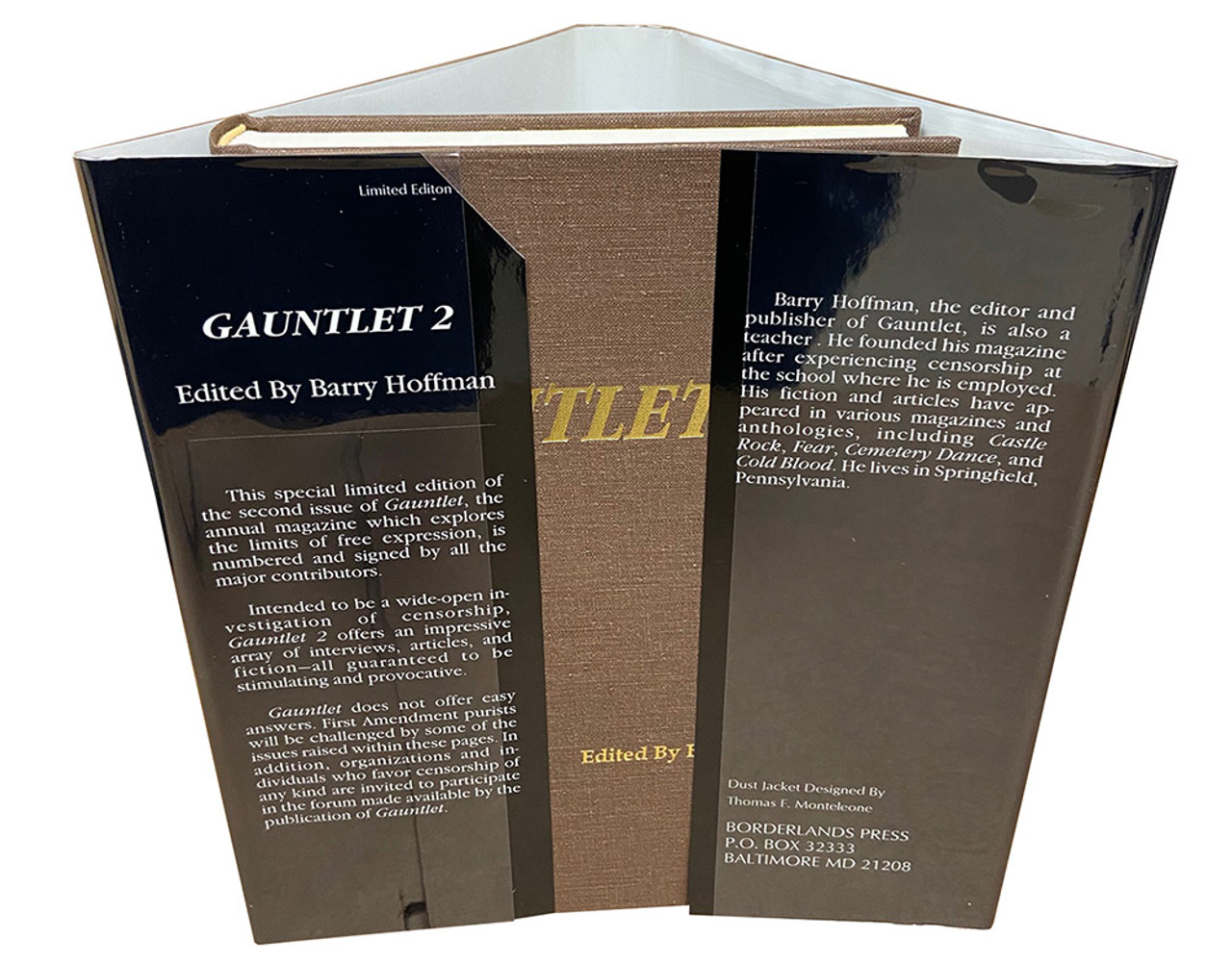 Personally signed by 32 contributors, including Stephen King, Stephen Spignesi, Barry Hoffman, Richard Chizmar, and many others.

The dust-jacket on this book has been PRICE CLIPPED.

This special limited edition of the second issue of Gauntlet, the annual magazine which explores the limits of free expression, is numbered and signed by all the major contributors.

Intended to be a wide-open investigation of censorship, Gauntlet 2 offers an impressive array of interviews, articles, and fiction - all guaranteed to be stimulating and provocative.

Gauntlet does not offer easy answers. First Amendment purists will be challenged by some of the issues raised within these pages. In addition, organizations and individuals who favor censorship of any kind are invited to participate in the forum made available by the publication of Gauntlet.

While Barry Hoffman is best known for publishing signed limited editions through Gauntlet Press his true passion is his writing. He is the author of five published novels: Hungry Eyes, Eyes of Prey , Judas Eyes, Born Bad and Blindsided. Hungry Eyes is the first book in Hoffman’s EYES series – it received a nomination for Best First Novel (1999) by the HWA and International Horror Guild. Eyes of Prey, Judas Eyes and Blindsided are the second, third and fourth installments of the series with Blind Vengeance, the fifth book in the series, seeing publication in 2007 by Delirium Press. Born Bad is a stand-alone novel published in 2000, and was banned on the University of Pennsylvania campus because of the “sensitive nature of the book”. The censorship earned Hoffman a nomination for the PEN/Newman’s Own First Amendment Award, given to authors who faced censorship of their writing. In conjunction with his EYES series he published a collection of stories, and deleted chapters Guardian of Lost Souls. In 2006 he published a collection of short stories Love Hurts.

Upcoming works from Hoffman include the 6th (and last) book in the EYES series (2008), three additional stand-alone novels (including one written in collaboration with his oldest daughter), and a Young Adult dark fantasy trilogy that was inspired by the birth of his first granddaughter.

Borderlands Press has been a specialty publisher since 1989. We feature: signed, numbered, lettered limited editions for collectors and bibliophiles. Our books have achieved an outstanding reputation for excellence. In addition to limited and trade publishing, we offer a complete program for subsidy publishing. 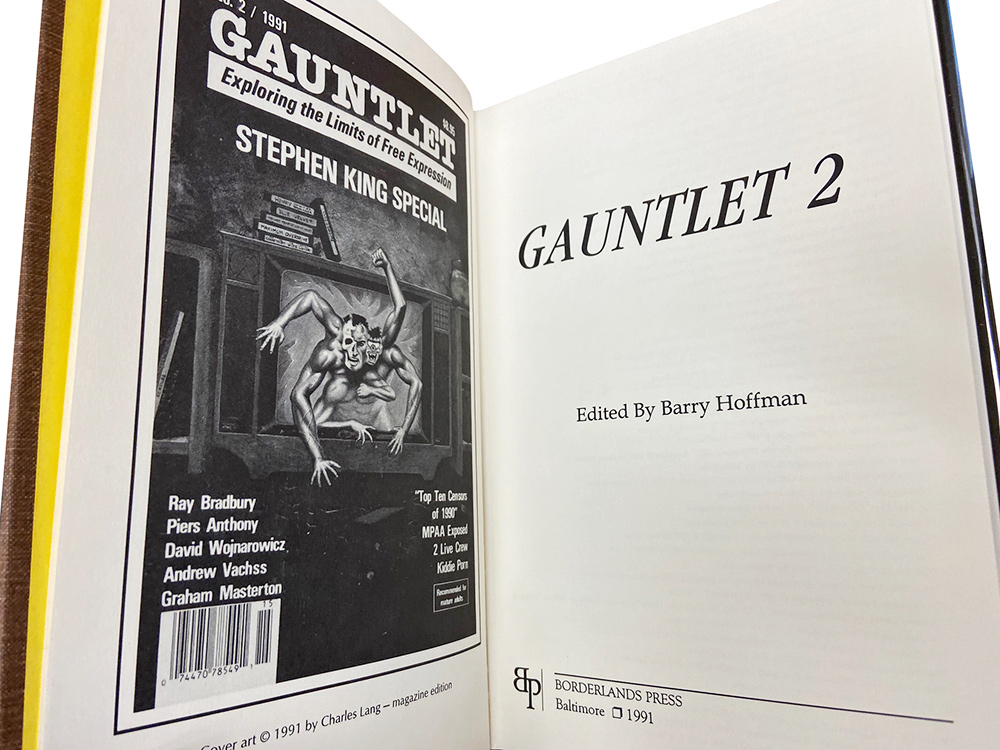