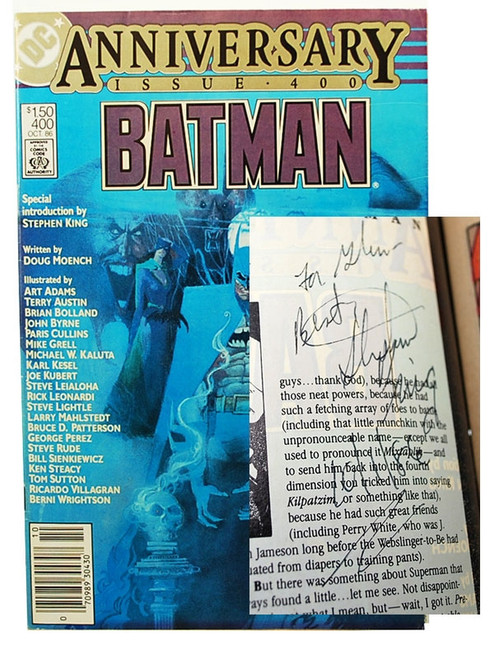 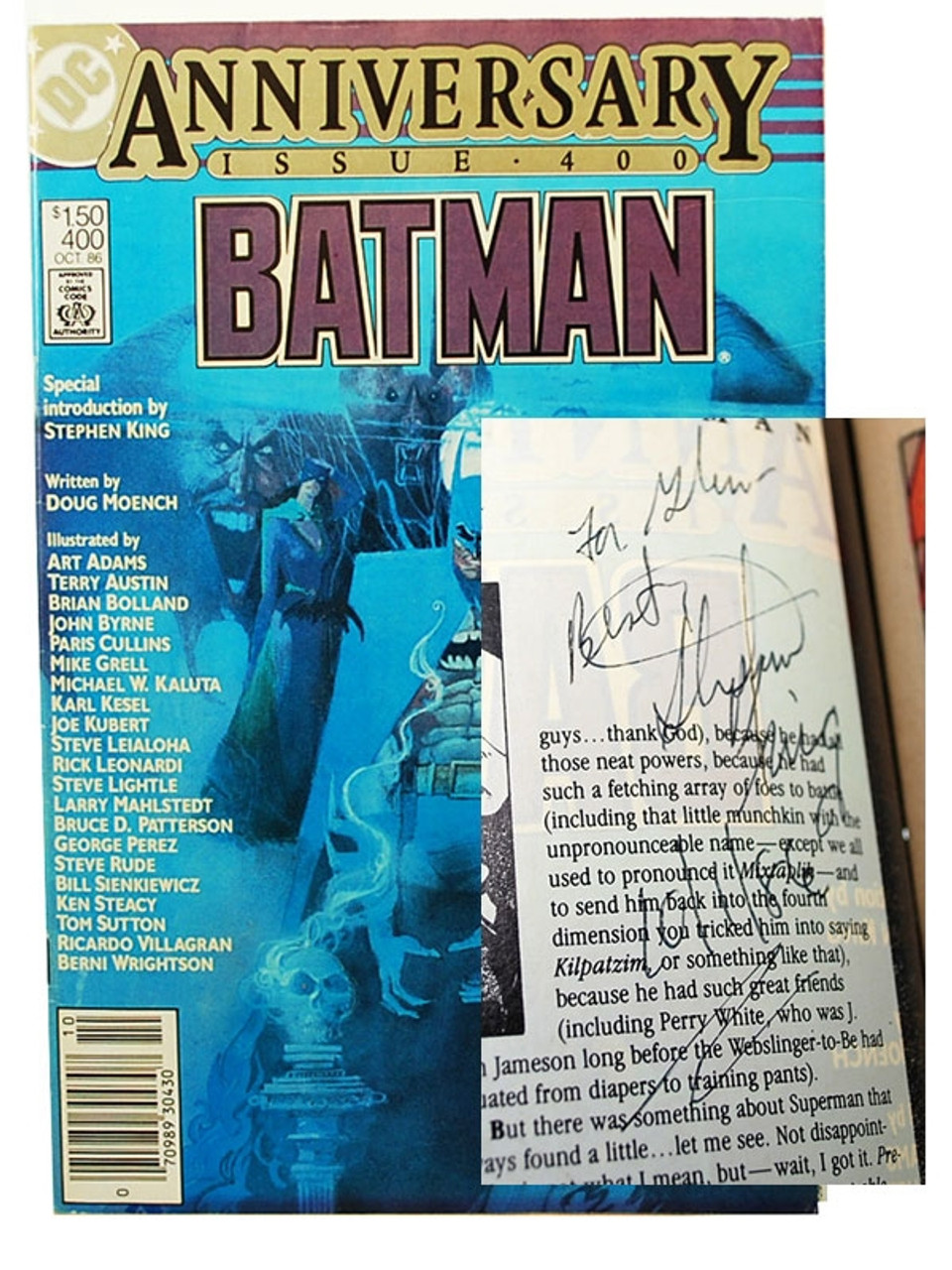 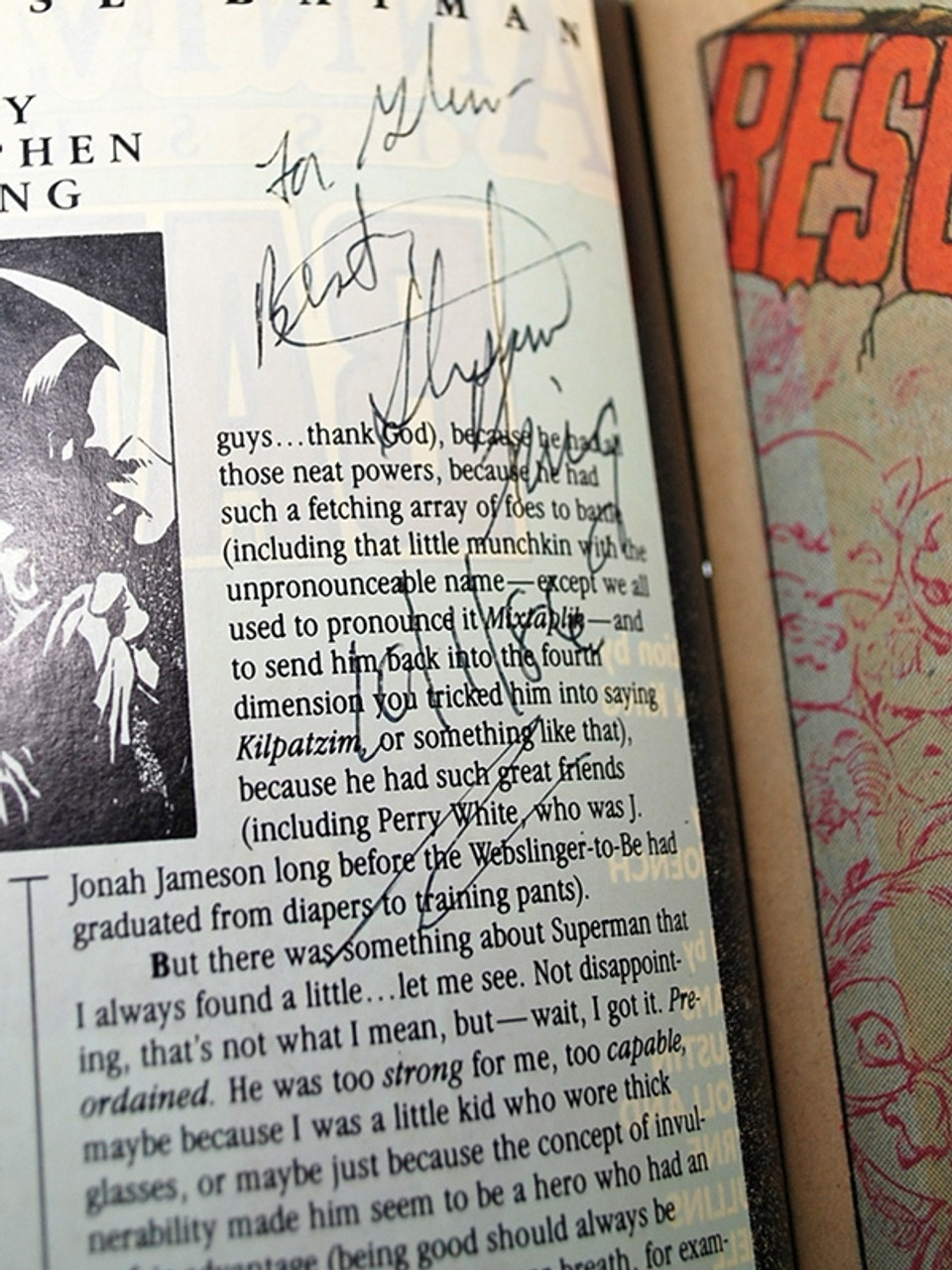 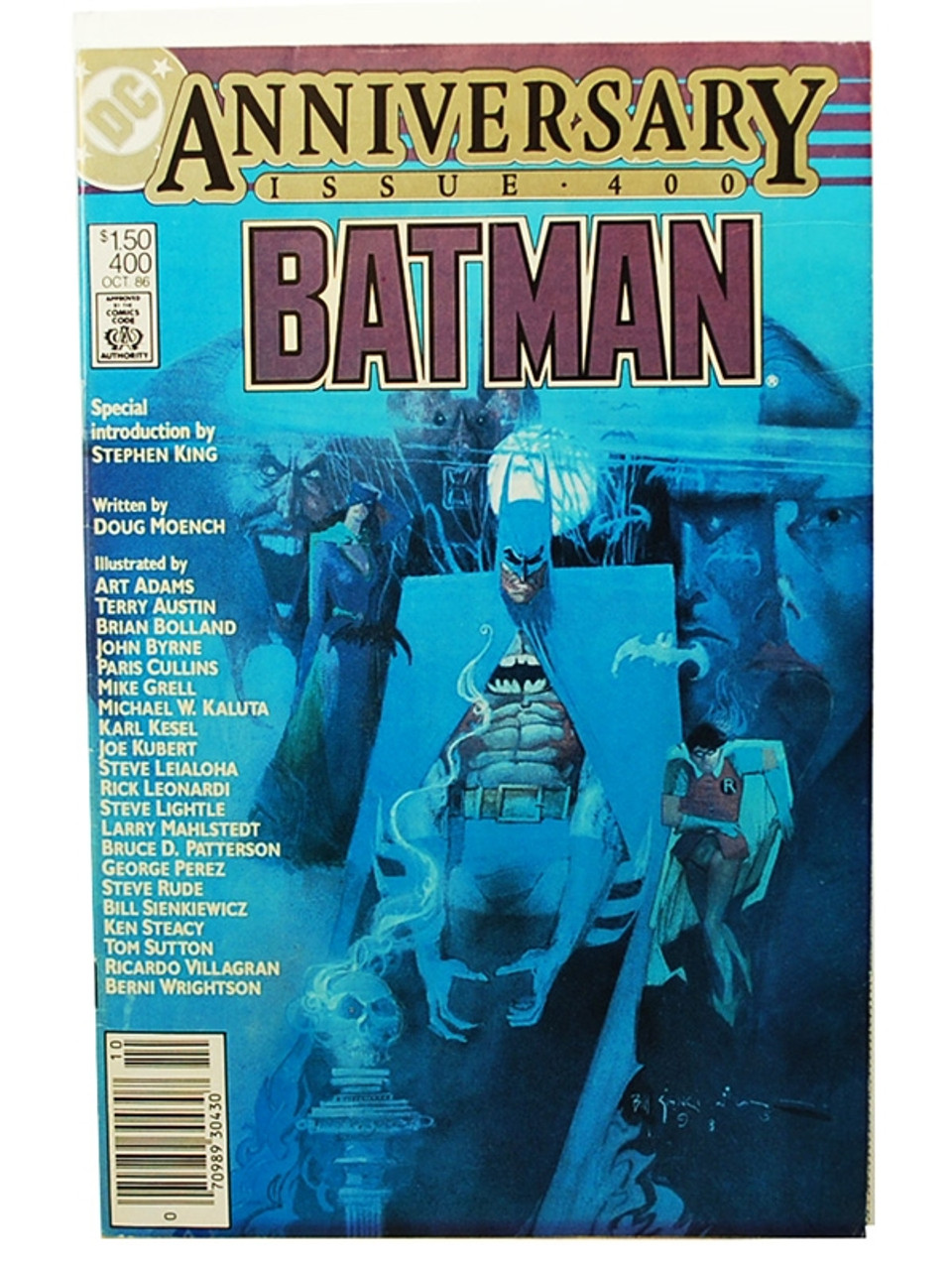 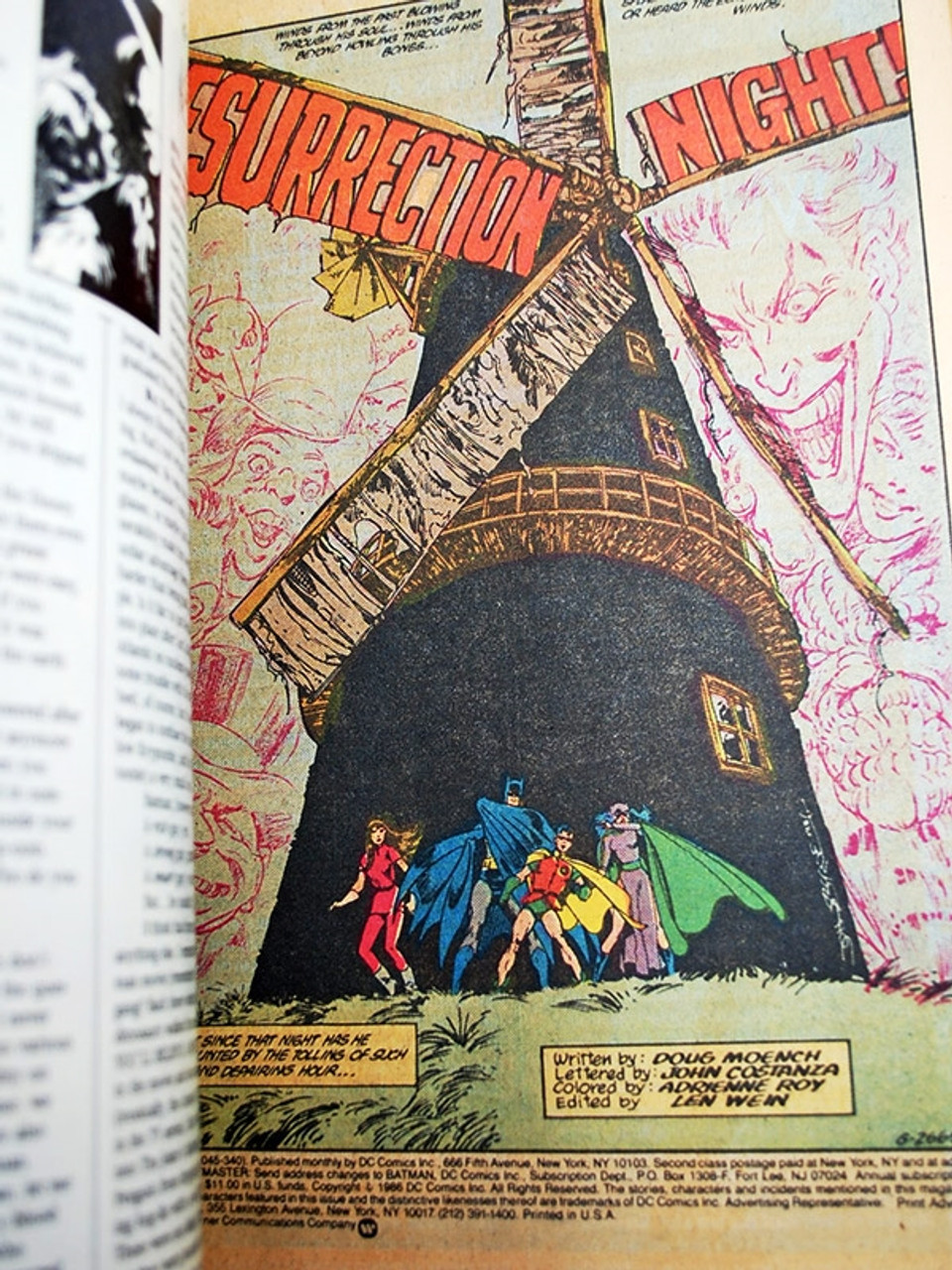 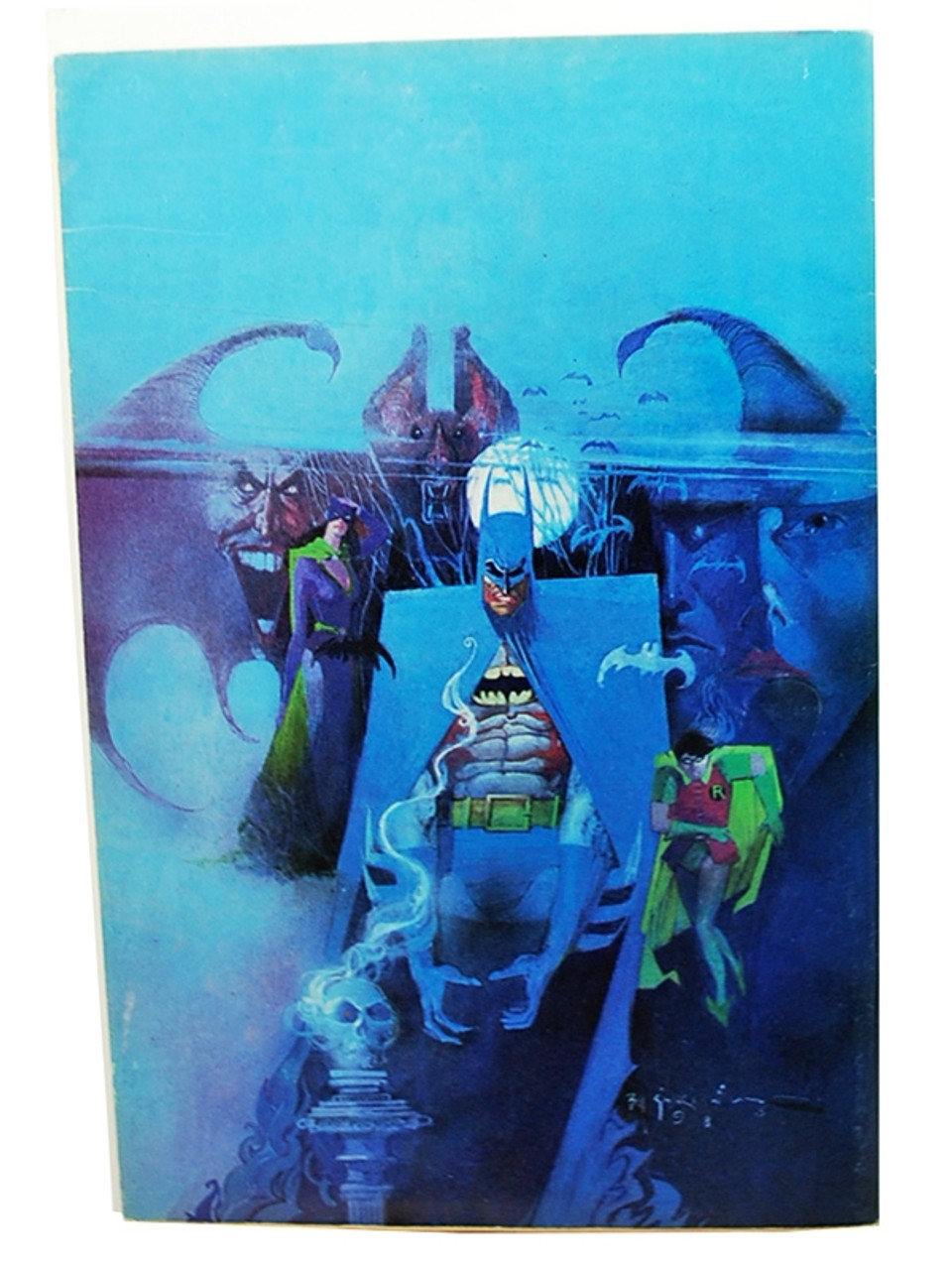 This comic is signed and dated by Stephen King on the inside cover:

On October 1st of the publication year 1986, Stephen King signed this copy for artist Glenn Chadbourne...who would later go on to be the illustrator on the two volumes of Stephen King's Secretary of Dreams.

From Glenn Chadbourne: "Back in 1986 I entered a comic drawing contest being offered by the then Castlerock newspaper. The contest was for best cartoon relating to Steve King. I drew a werewolf cartoon--and won first prize. The prize consisted of a signed copy of Creepshow, a signed Cracked magazine featuring a segment featuring Steve, and a signed Batman Anniversary 400 comic. I then went on to draw cartoons for a couple further issues of Castlerock. I was twenty six at the time, still had all my hair and not a gray whisker in sight."

The comic is free of any marks, stains, or rips. There are no markings, stamps, writings, or tears. No attached bookplates or indication of any removed. The comic is now protected in a brand new Mylar archival sleeve. A fragile soft cover comic that is highly intact.