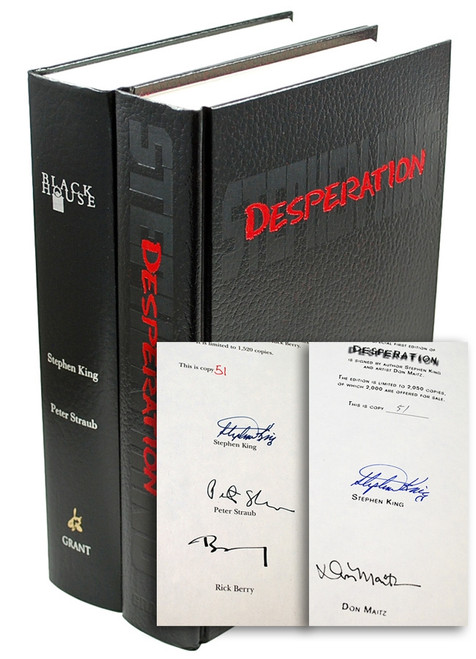 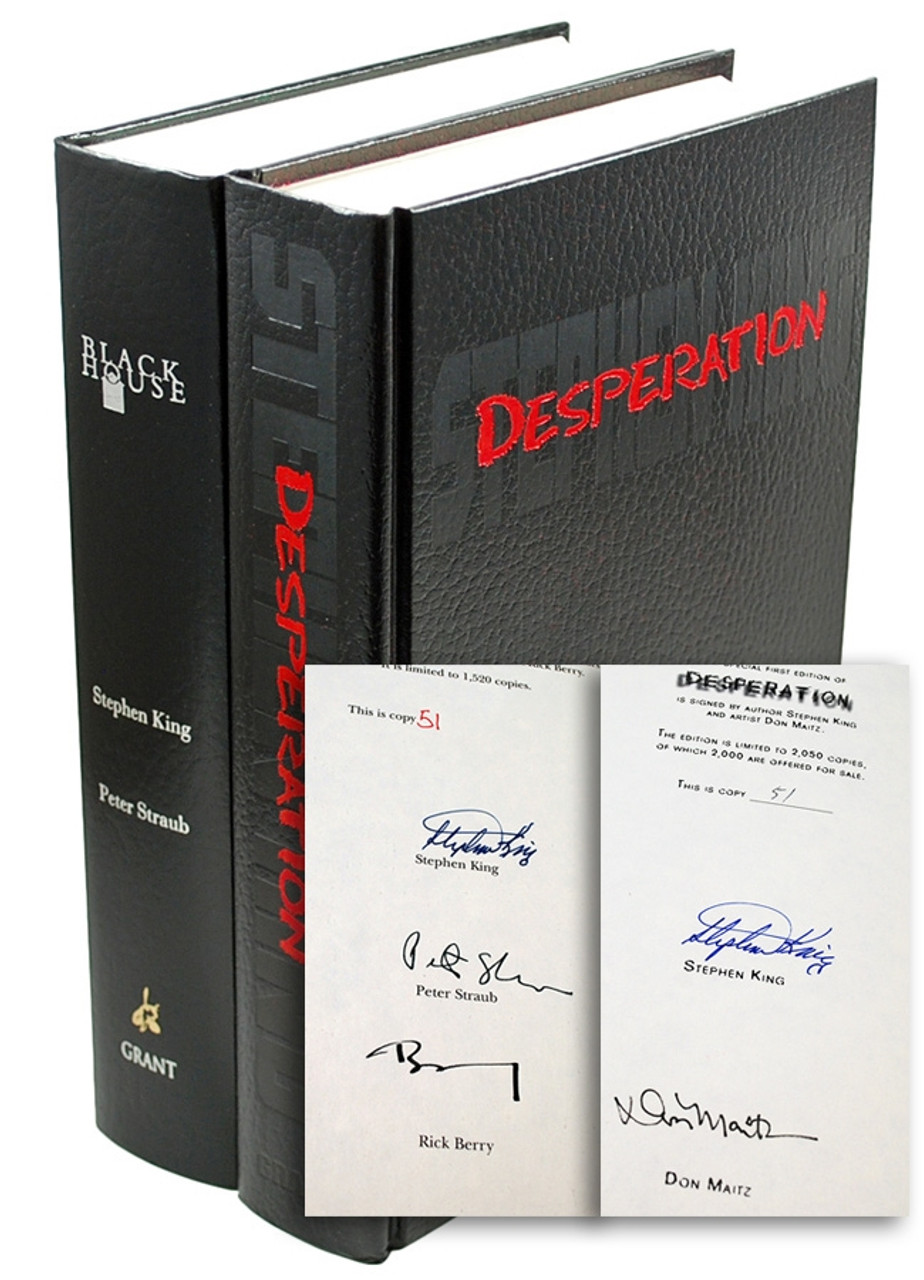 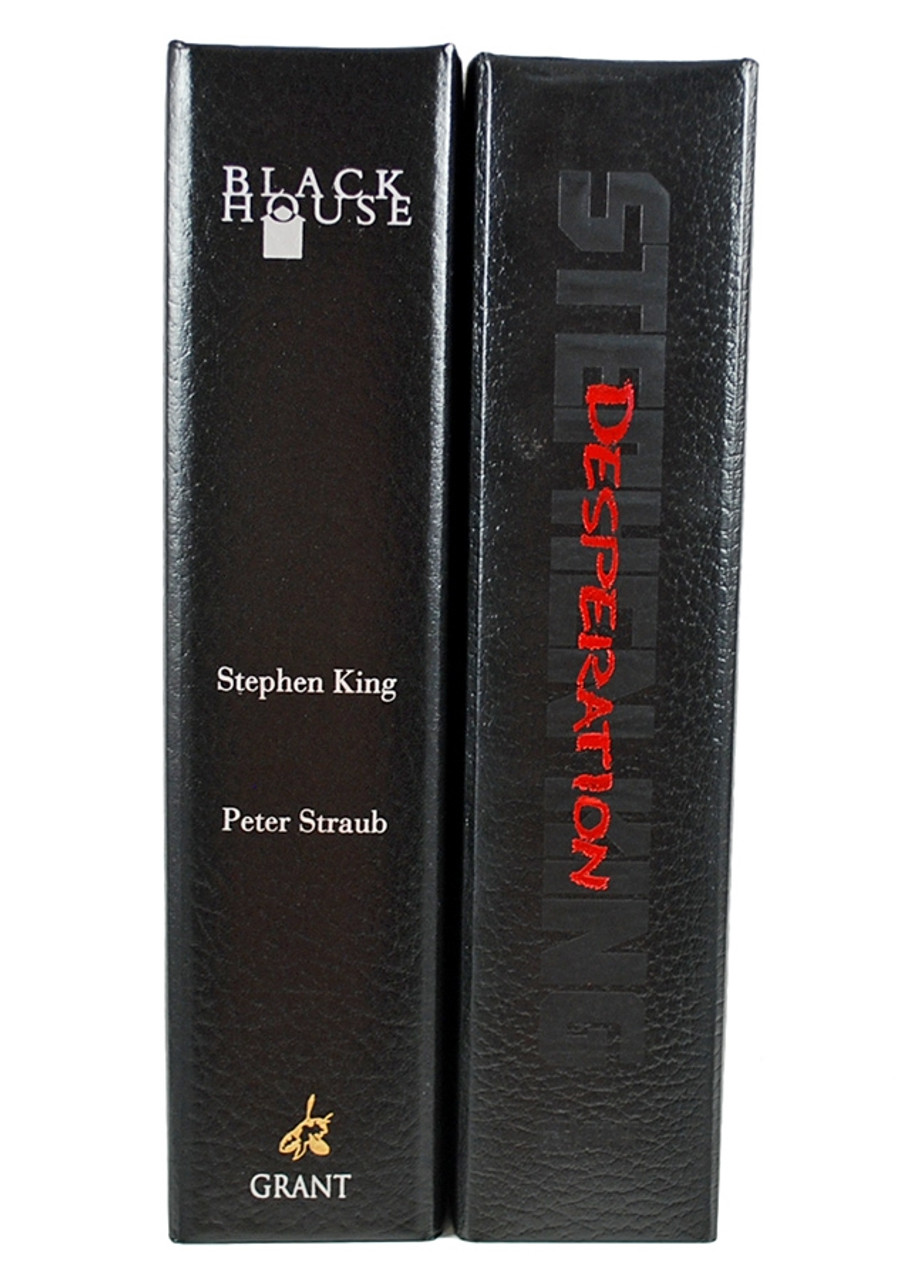 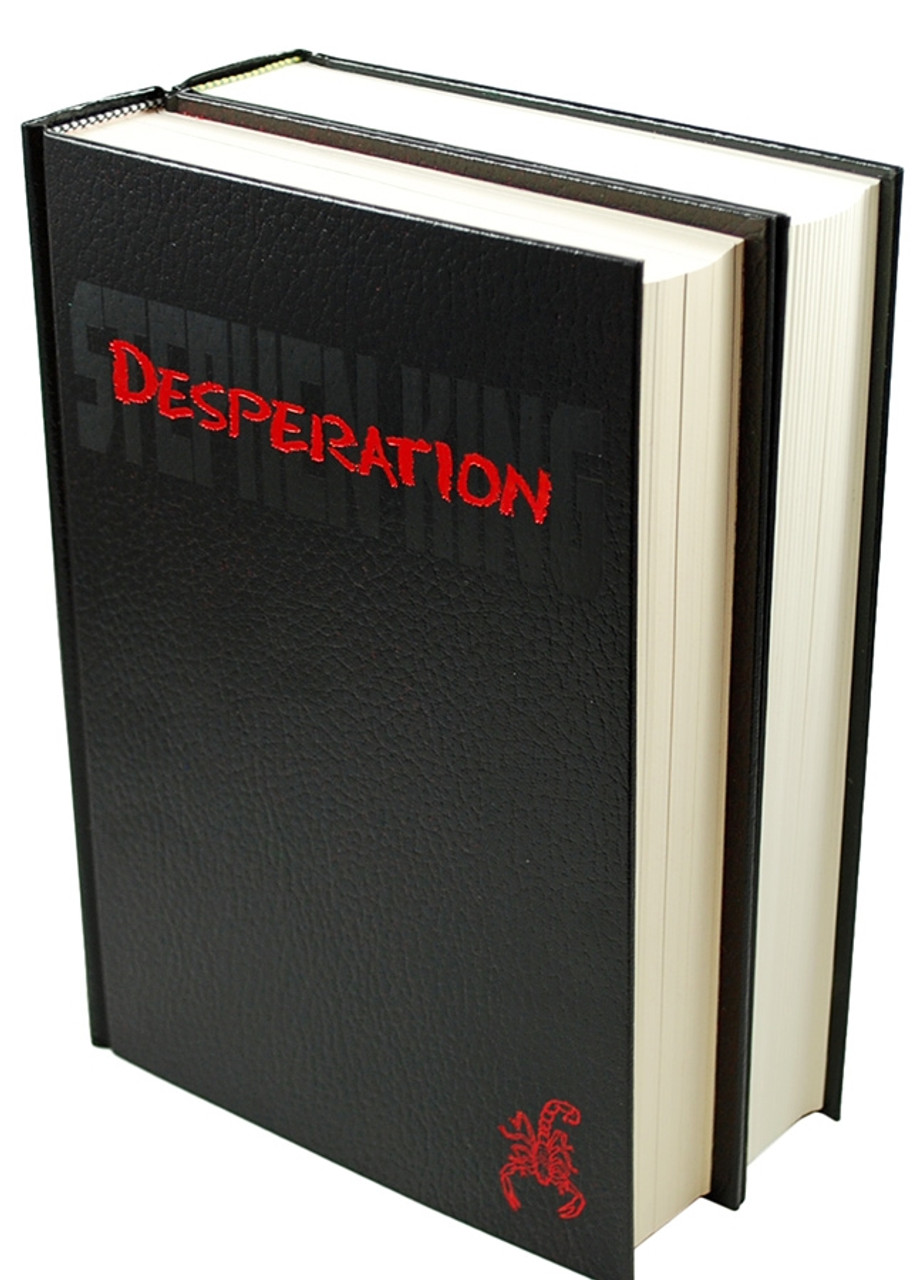 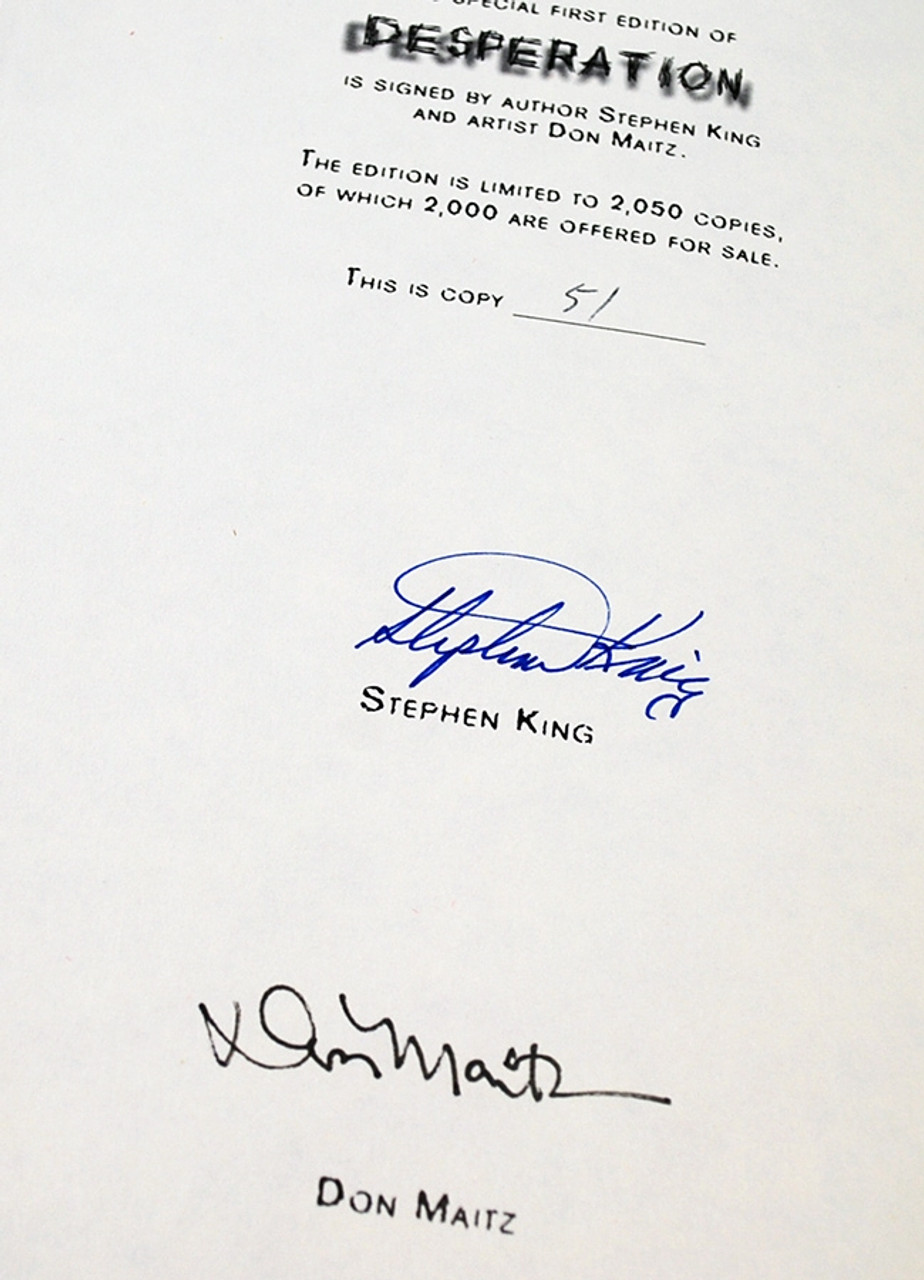 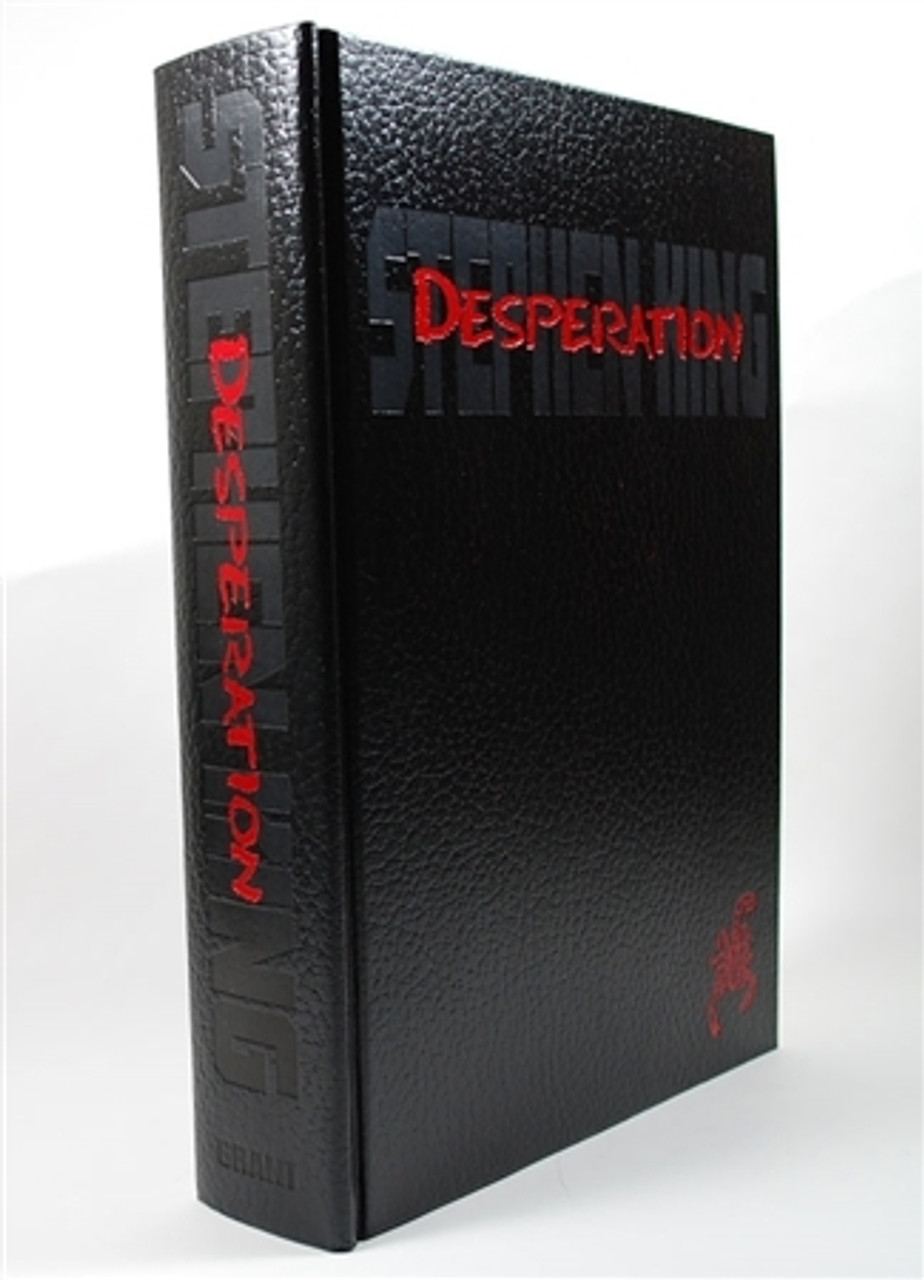 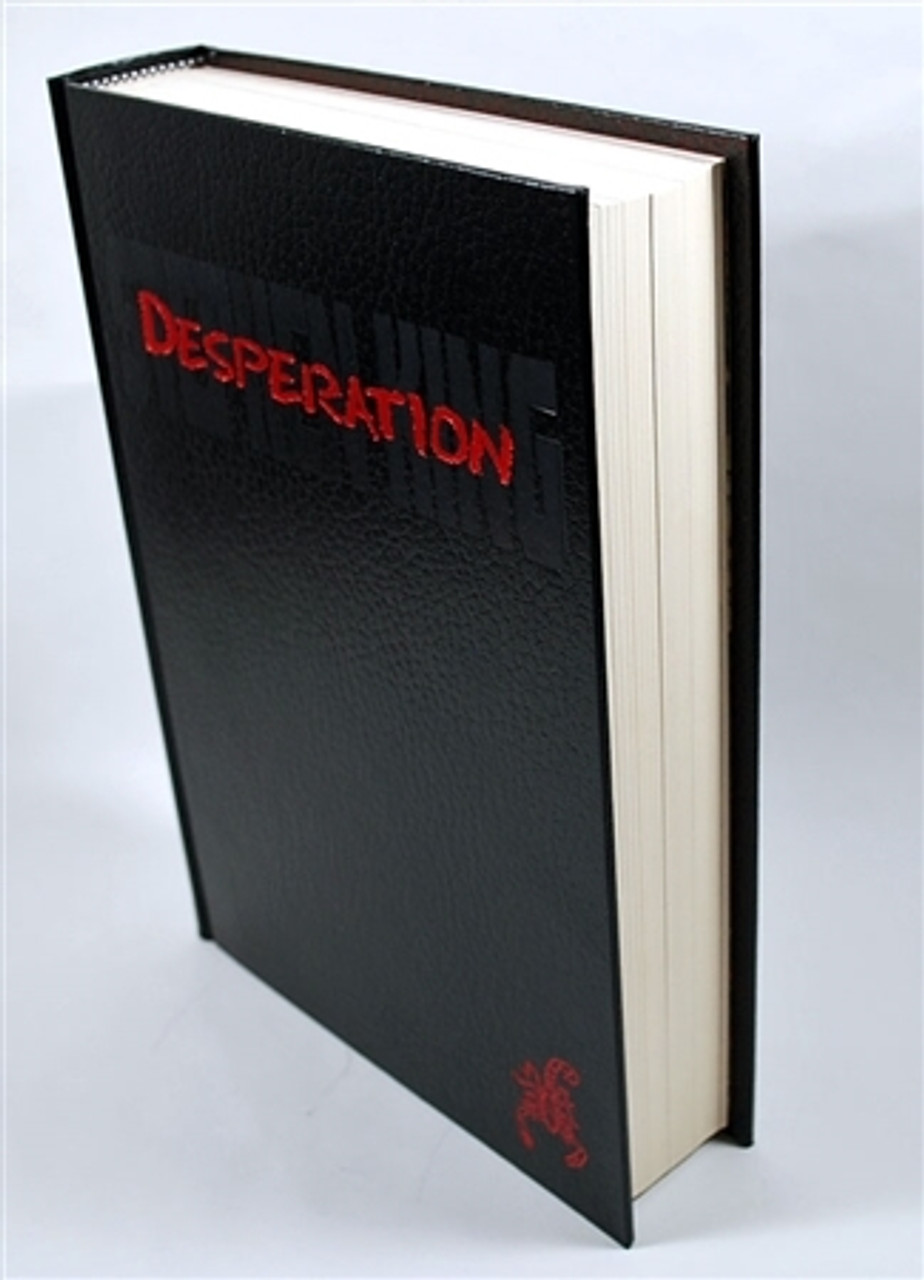 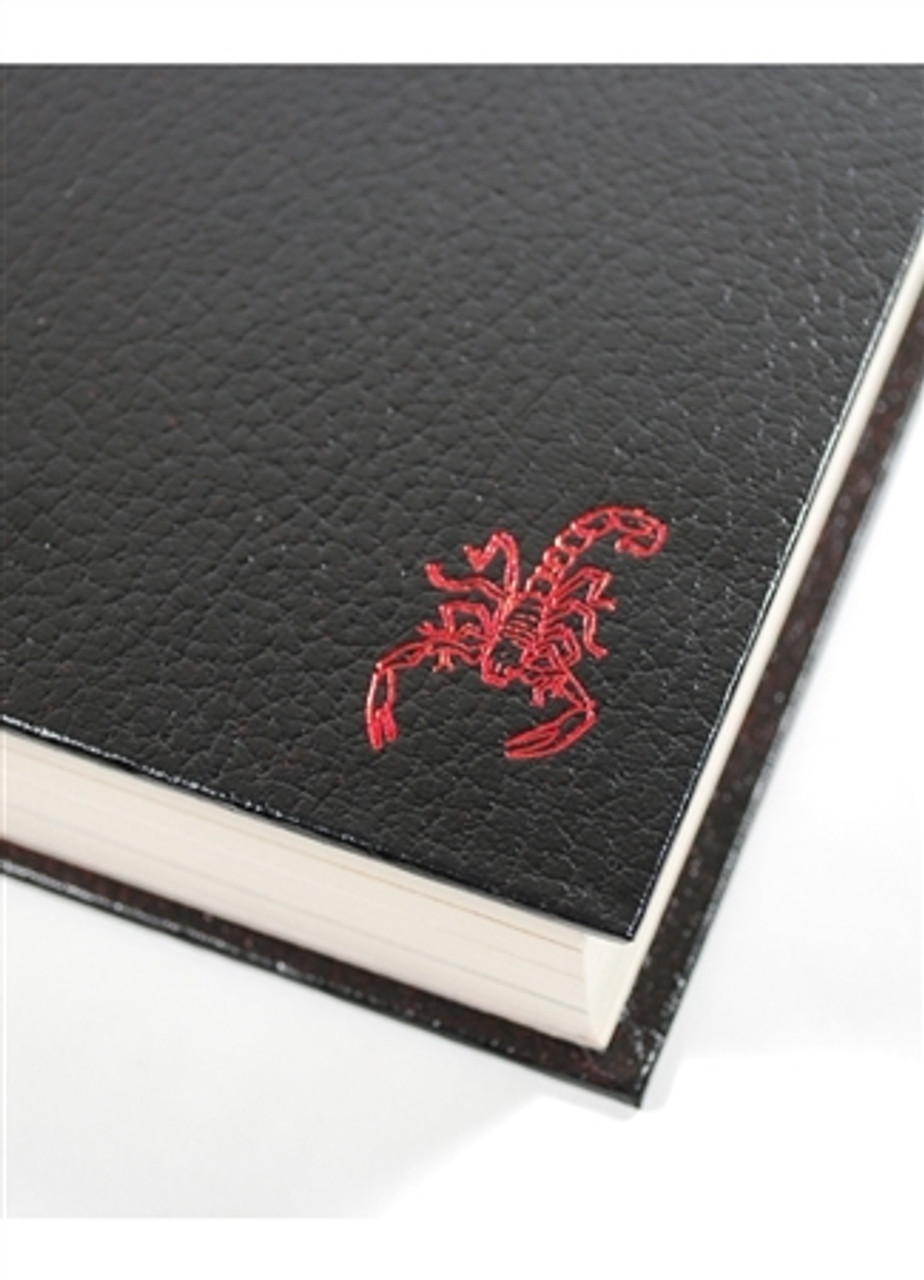 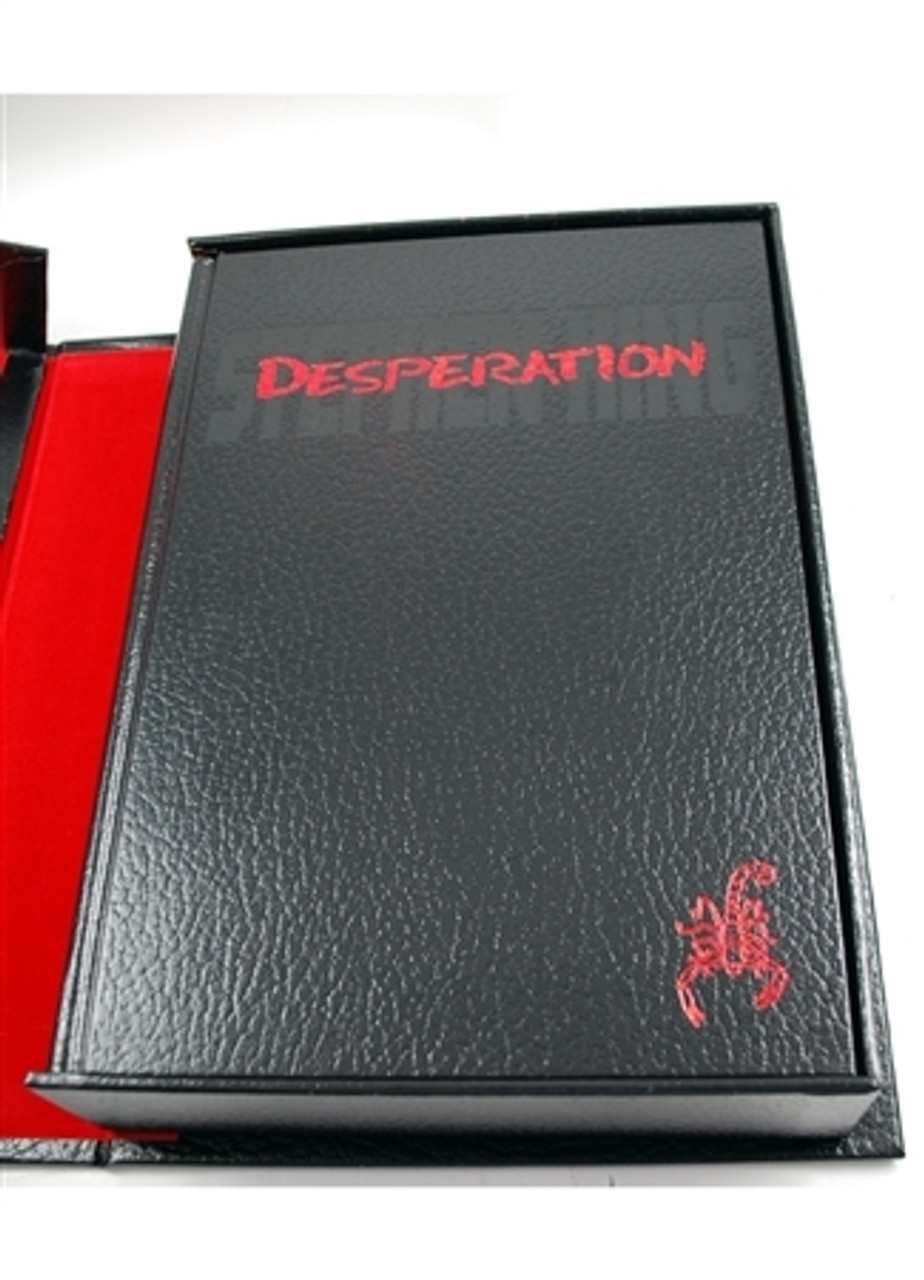 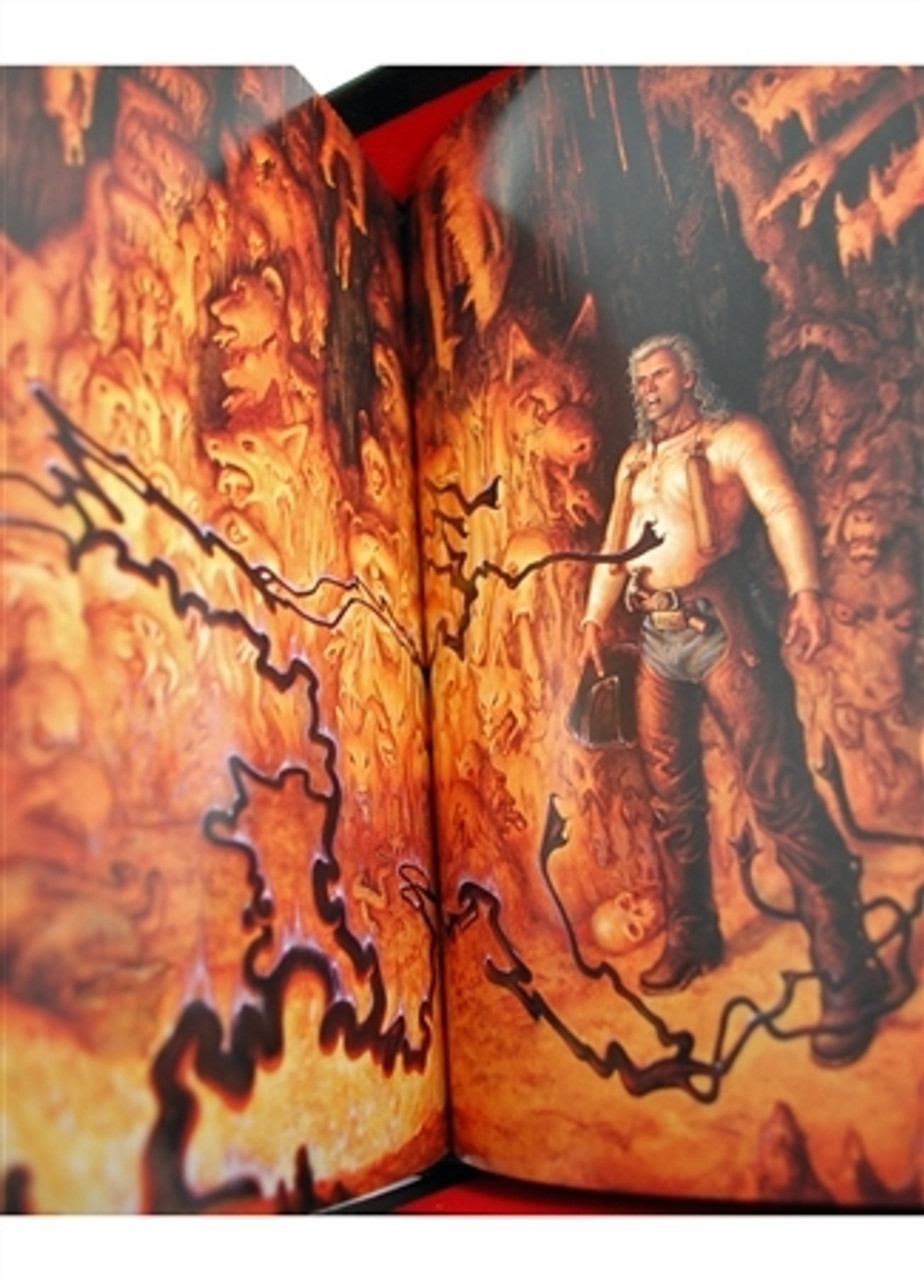 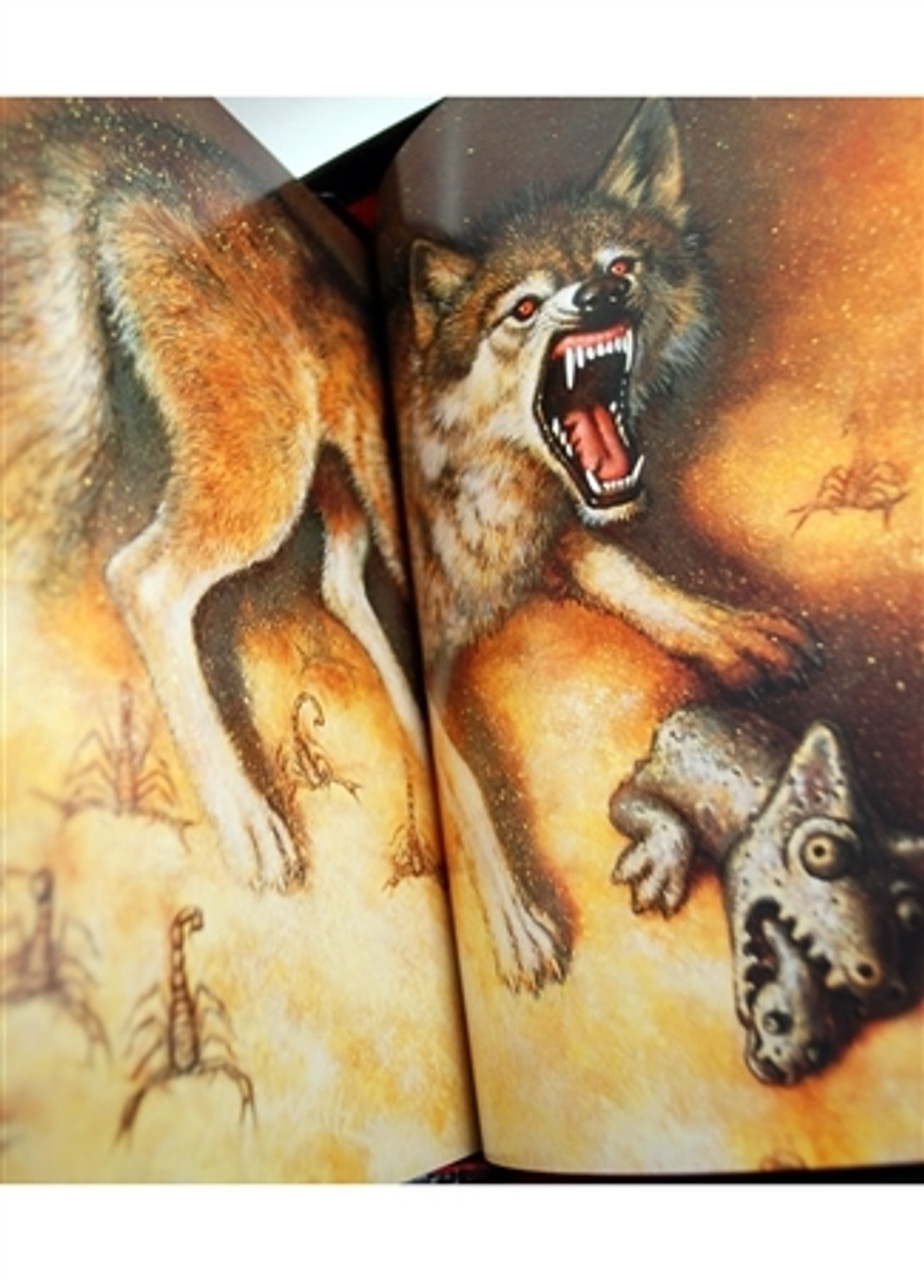 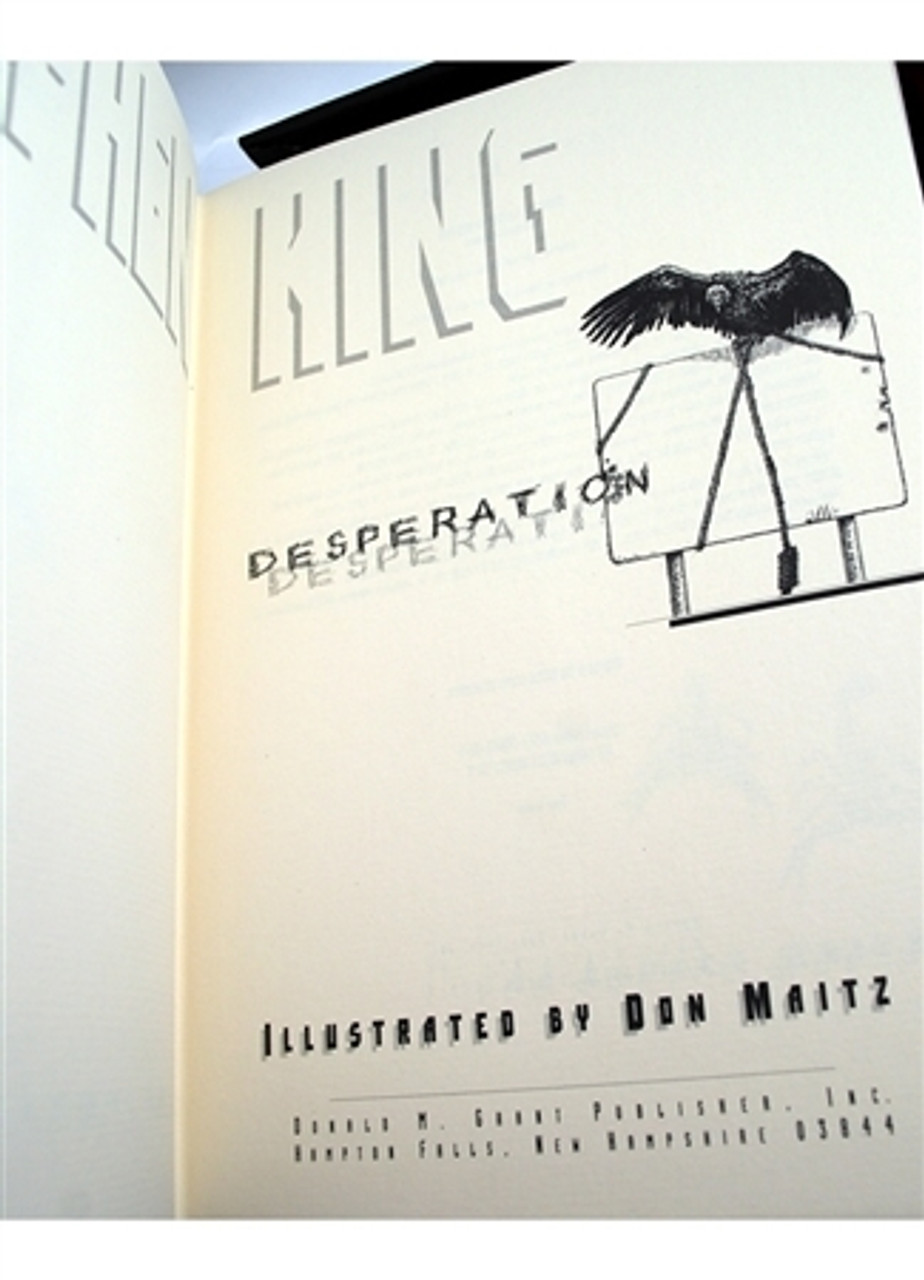 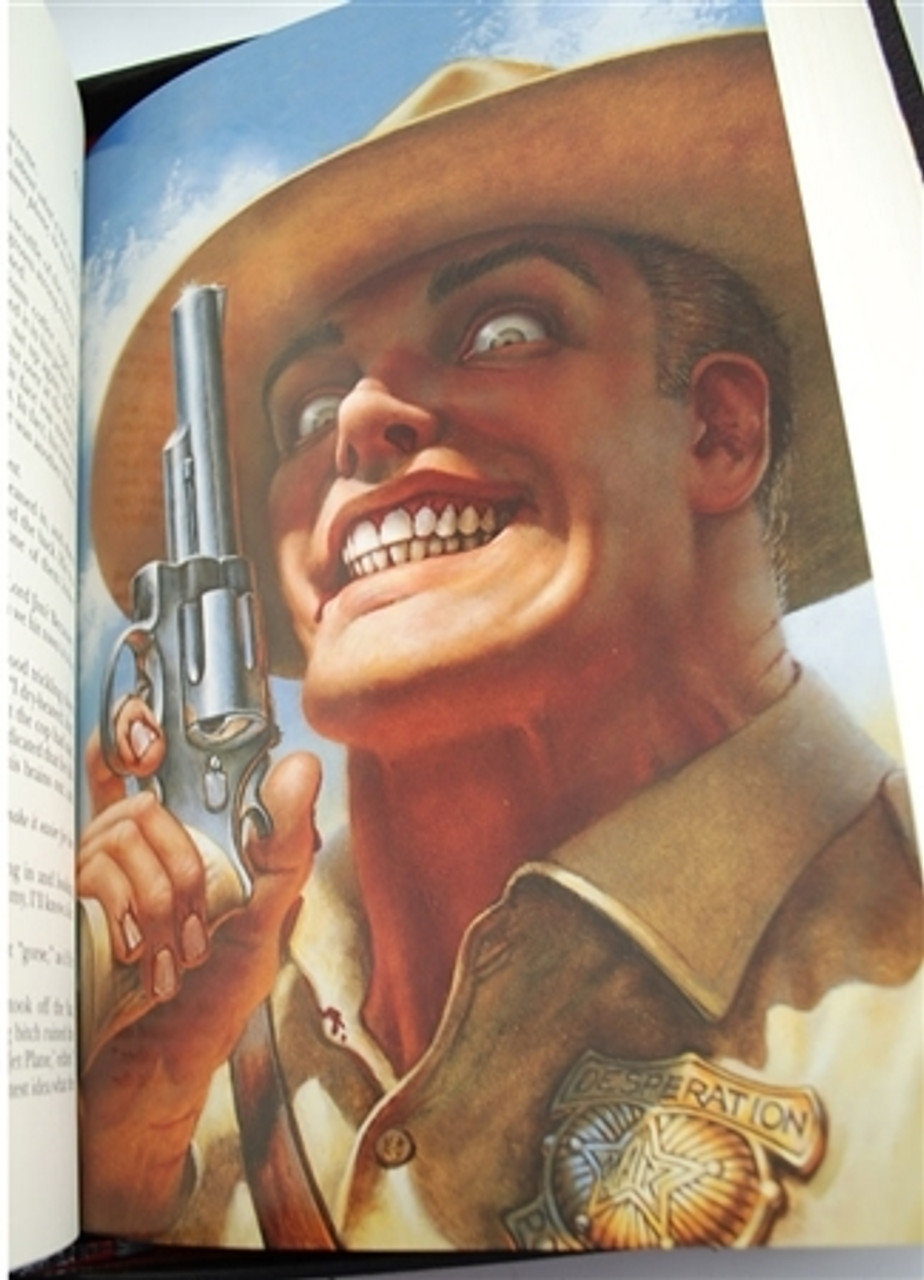 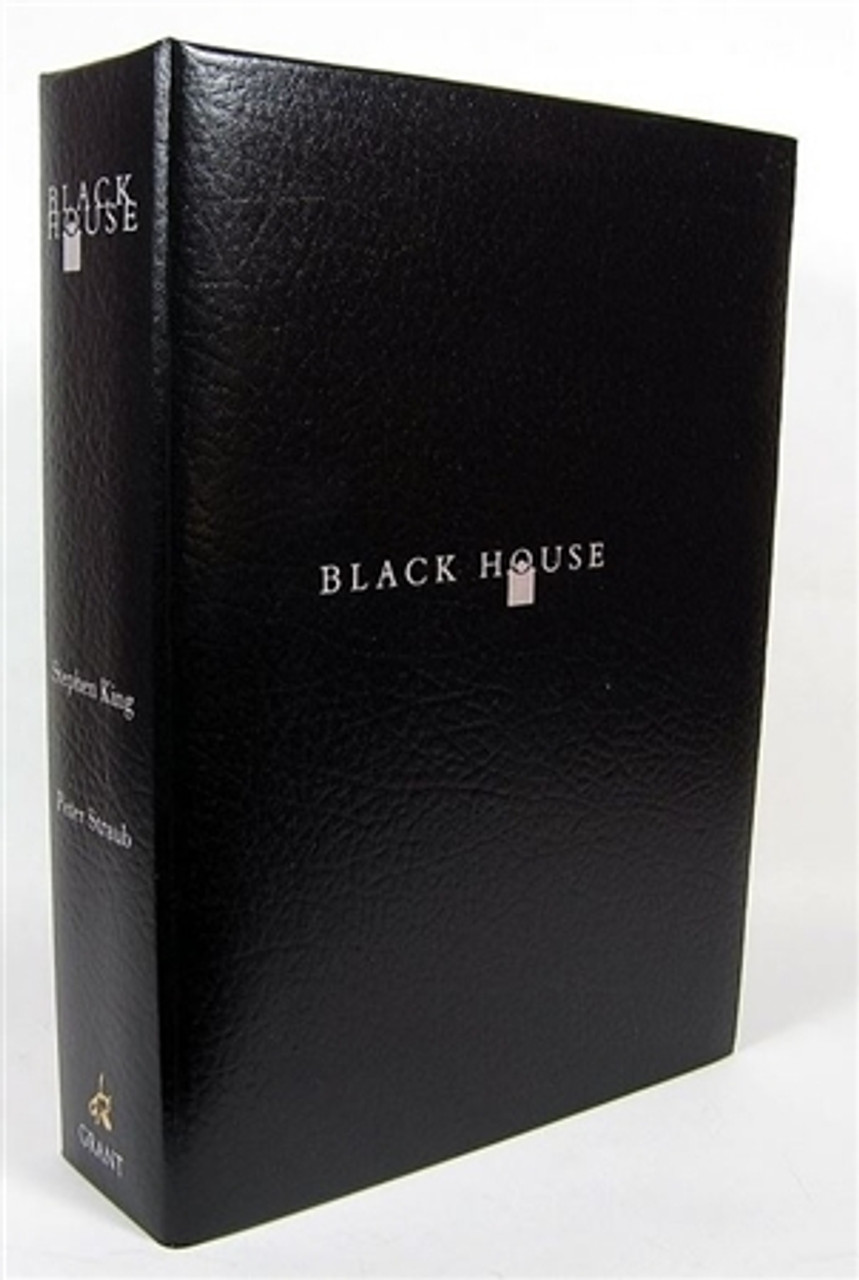 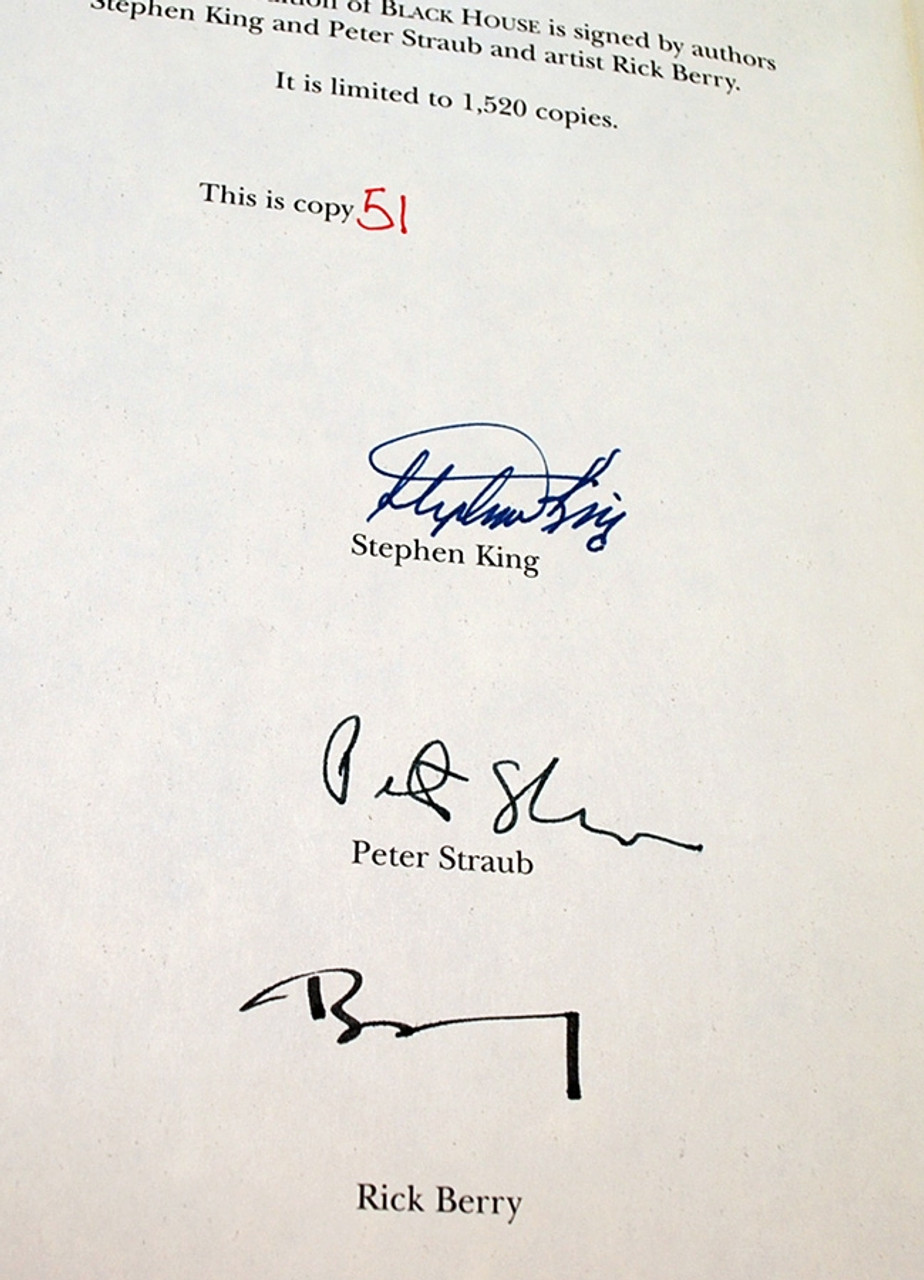 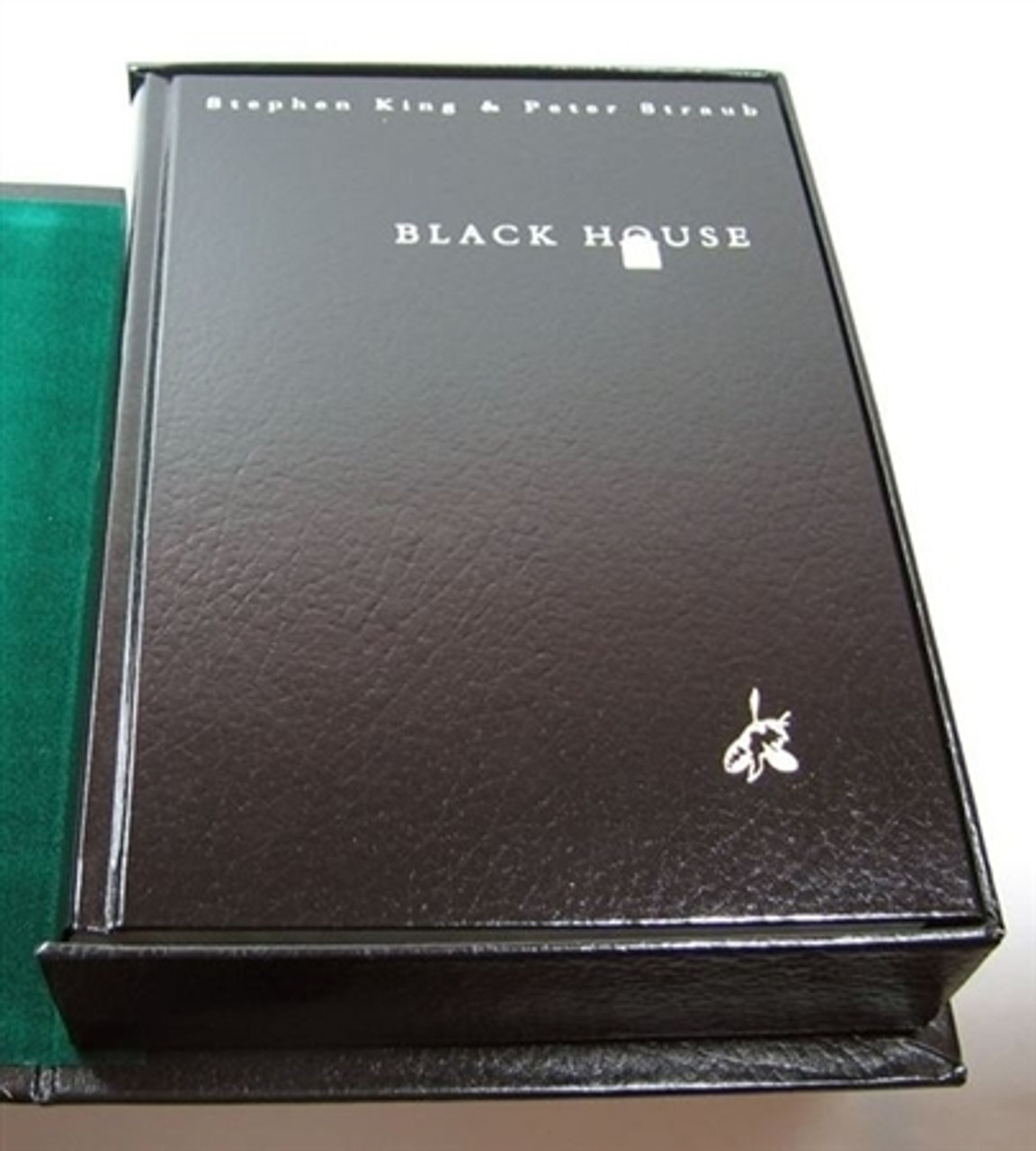 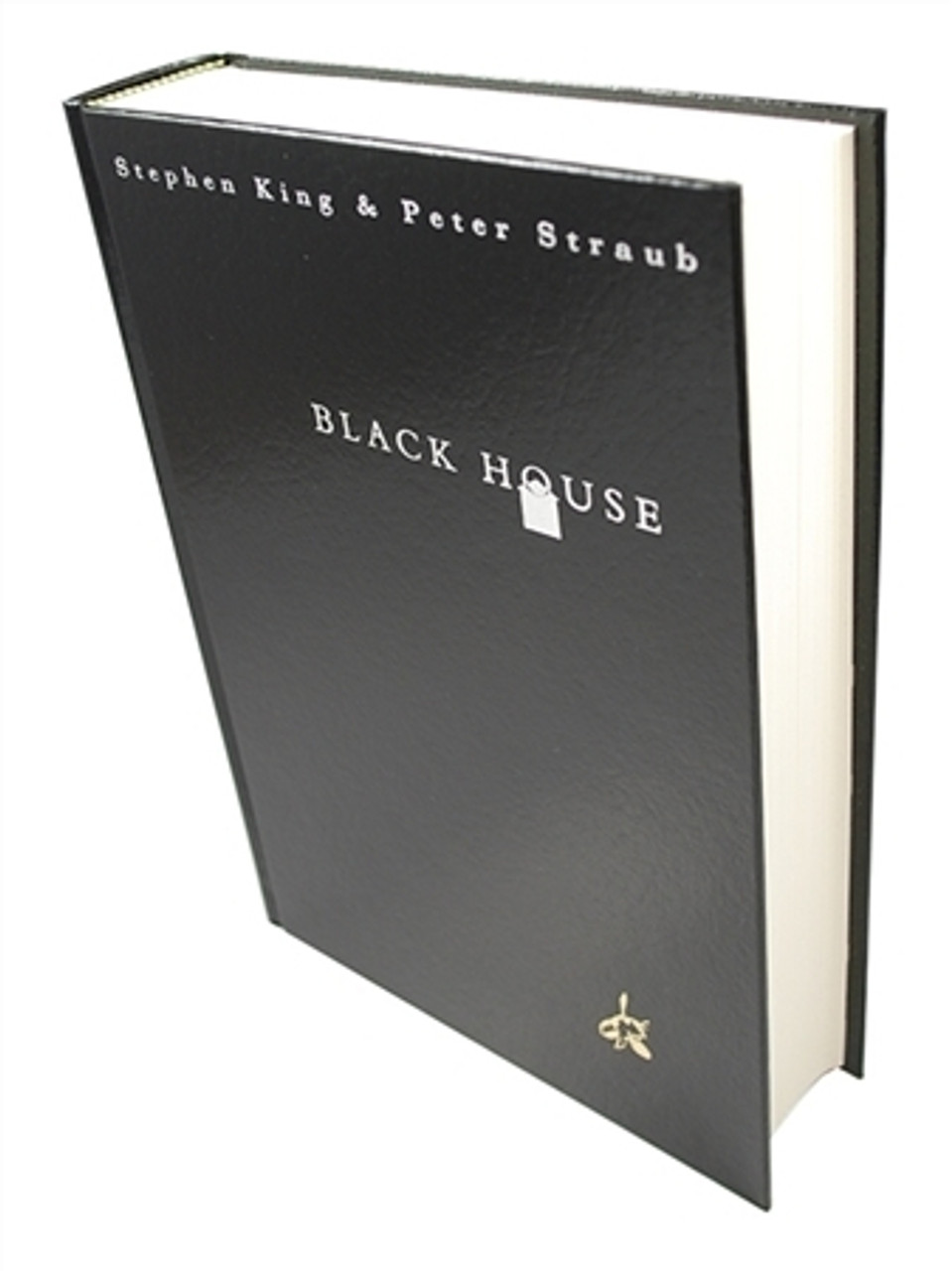 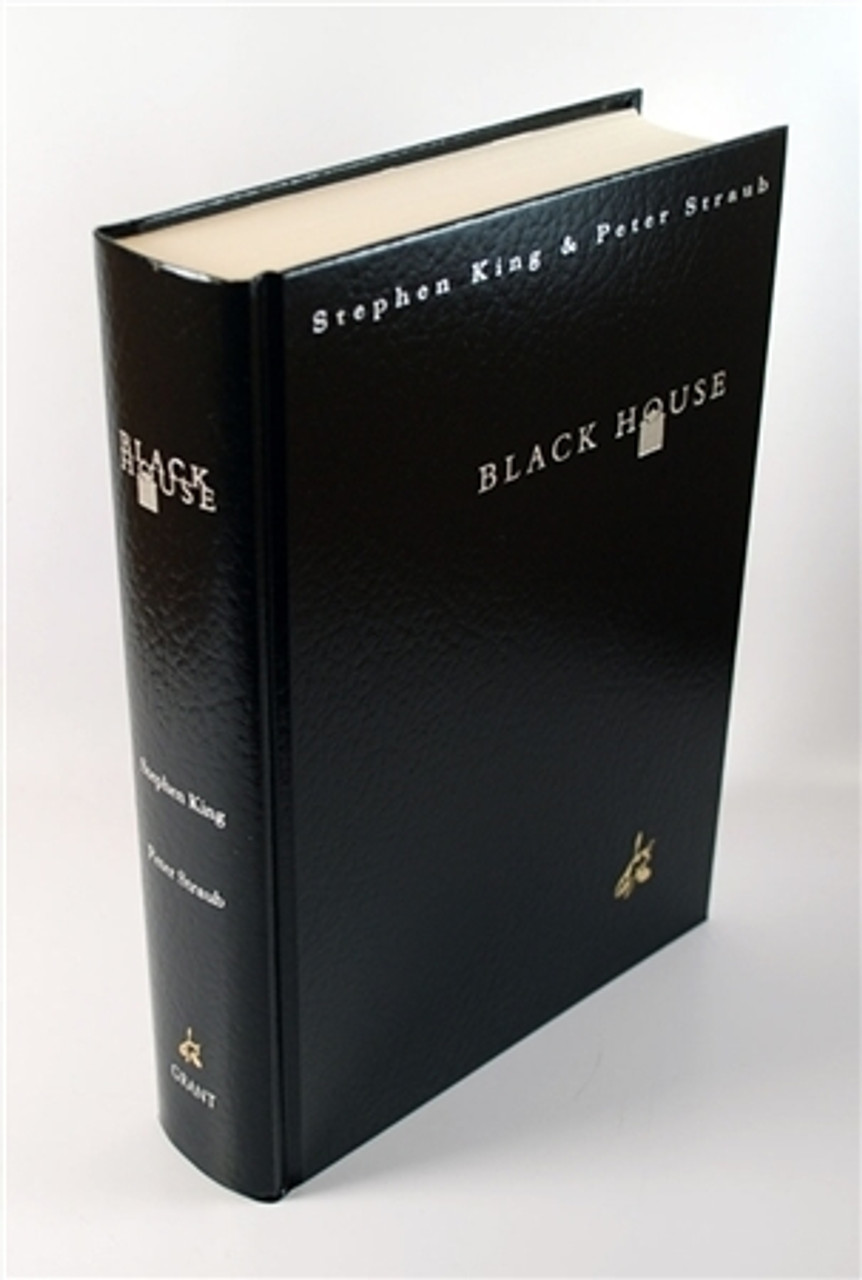 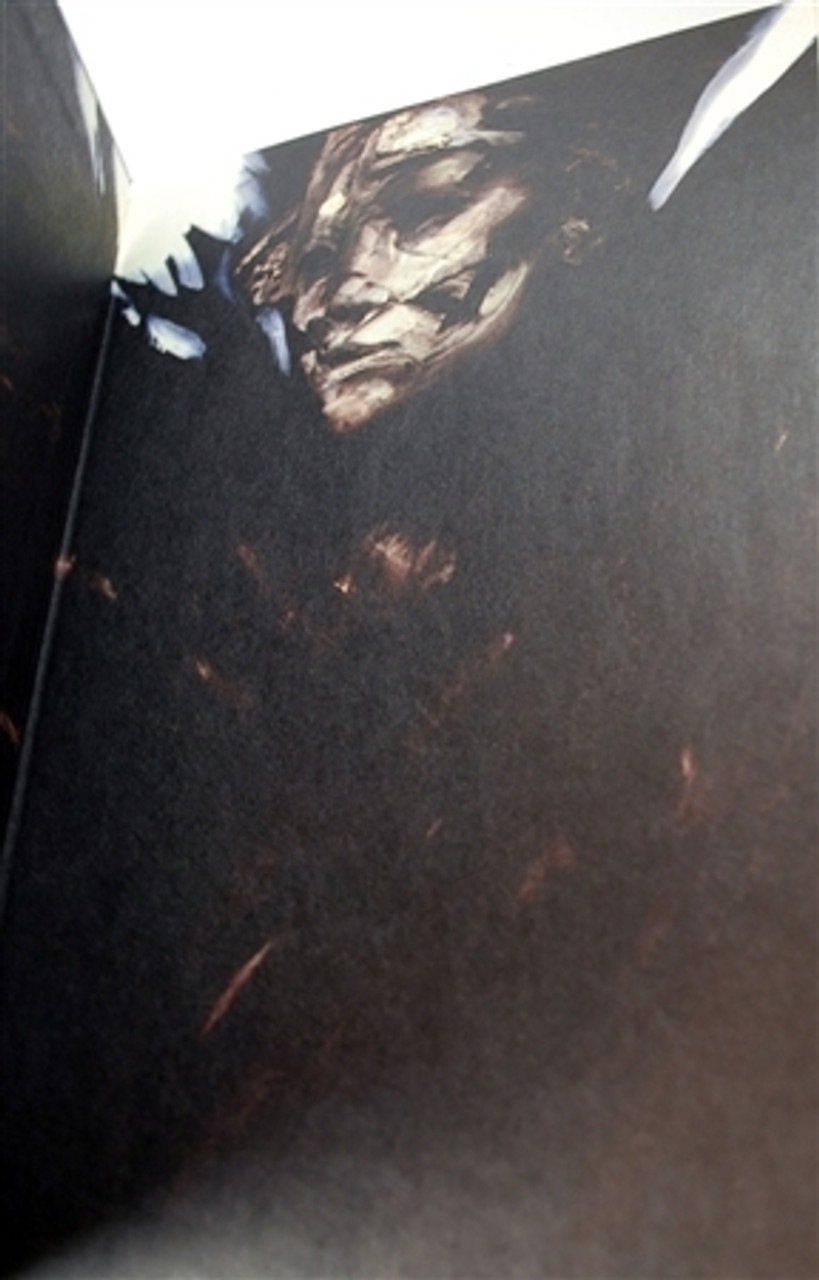 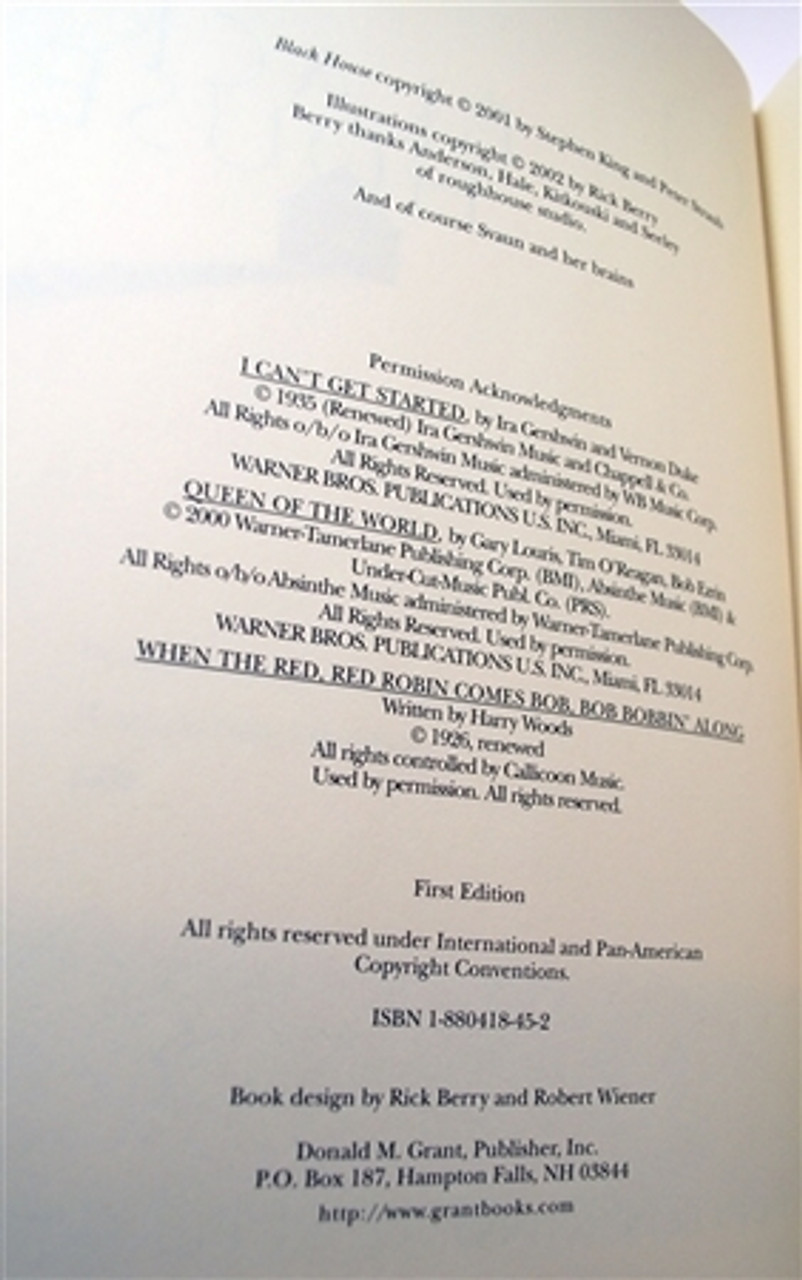 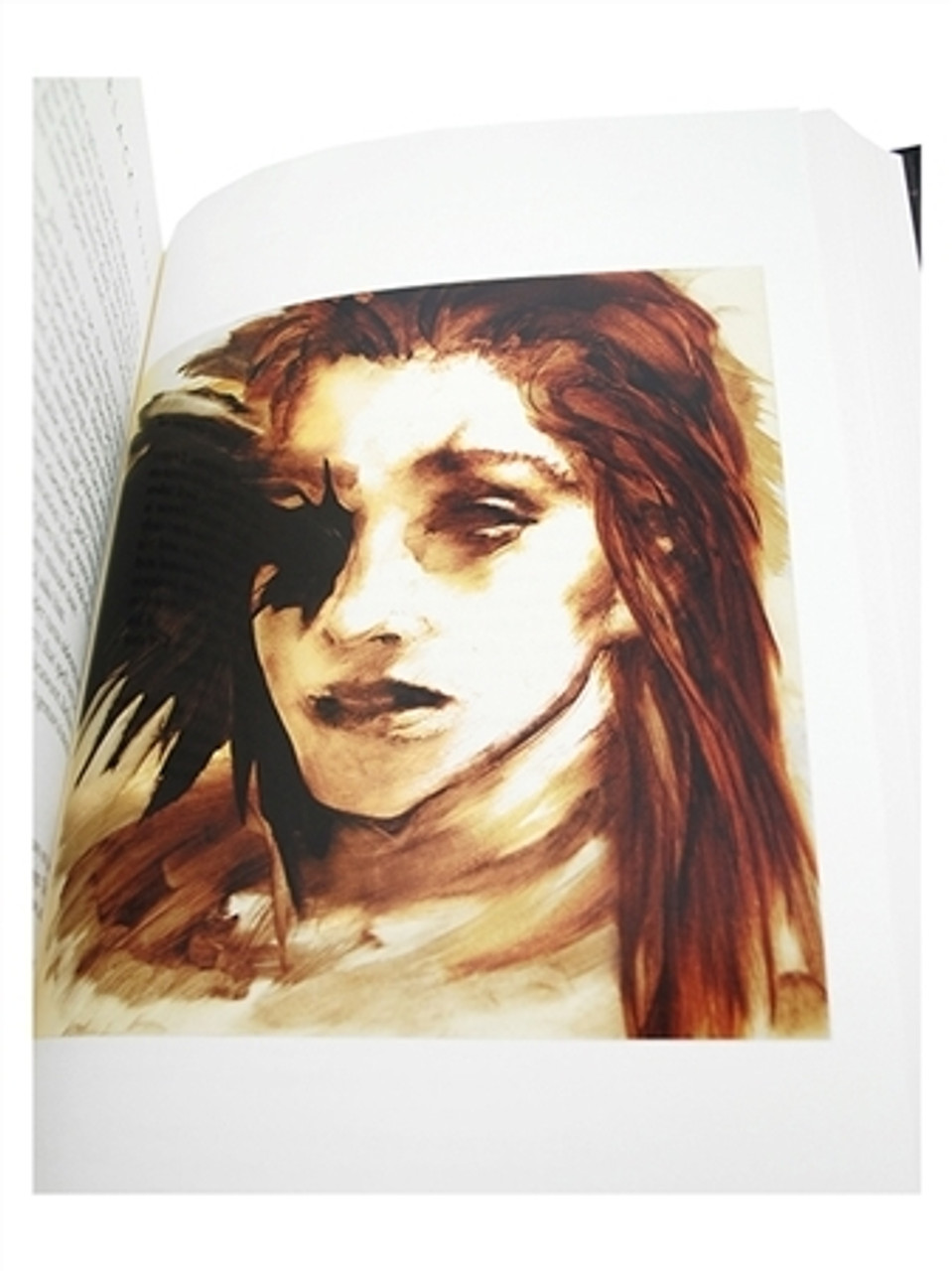 A notice to those who feel that Stephen King has lost his magic touch: Desperation is the genuine goods. The ensemble cast of ordinary Americans thrown together by chance, including a disgruntled alcoholic writer and a child who is wise beyond his years, may be a bit too familiar. But the nearly deserted Nevada mining town with an enormous haunted mine pit and an abandoned movie theatre where the survivors hang out makes for a striking battleground, and the grisly action rarely flags.

Best of all, though, are the characters of Tak, the ancient body-hopping evil who emerges from the mine, and of "God"--whom the New York Times describes as "the edgiest creation in Desperation. Remote, isolated, ironic, shrouded behind disguises, perhaps 'another legendary shadow,' this deity forms a sly foil, and an icy mirror, to Tak."

Number 51 of only 2050 total signed and numbered copies.

It's to blighted End-World, via the portal of the Black House - a creepy local house painted black - that Jack and others travel to rescue Ty, in the novel's frantic conclusion.The book abounds with literary allusions, many to the King-verse, and readers not familiar with King's work and particularly with The Talisman may feel disoriented, especially at first. But there's so much here to revel in, from expertly executed sequences of terror, awe or passion, the novel is a deep reservoir of genuine emotion to some of the most wonderful characters to spring from a page in years, to a story whose energy is so high and craft so accomplished that most readers will wish it ran twice its great length. What is probably the most anticipated novel of the year turns out to be its most memorable to date, a high point in both the King and Straub canons. This will be a monster bestseller, and deservedly so. 2 million first printing.

About the Publisher : Donald M. Grant Publisher, Inc. Donald M. Grant Publisher, Inc. has been producing specialty books in the fantasy genre for over 45 years. Over that period the company has published substantially more than 100 quality titles, placing an emphasis on time-honored book design and an abundance of full color and black and white illustrations. Indeed, the company's forte is the production of fine editions designed for the book collector and for the book lover. Particular concern is always shown in the use of quality bindings, paper, typography and reproduction of artworks. Many of the Grant imprint books are illustrated in full and striking color. Donald M. Grant, Publisher will continue to bring you fine quality books in the future. Many exciting projects are currently being discussed or are already underway.

Stephen Edwin King (born September 21, 1947) is an American author of horror, supernatural fiction, suspense, science fiction and fantasy. His books have sold more than 350 million copies, many of which have been adapted into feature films, miniseries, television series, and comic books. King has published 58 novels, including seven under the pen name Richard Bachman, and six non-fiction books. He has written around 200 short stories, most of which have been published in book collections.
Both volumes are Very Fine/Very Fine condition without any flaws. A well-cared for collection, protected from any potential damage. This set stands out as having had exemplary care. The corners of the books are sharp and not bumped.

A Matching Numbered Set. Highly Sought After and Hard to Find.A matching numbered set in new condition, both editions #74 of only 750 produced. Both volumes are the First World Signed Edition,...