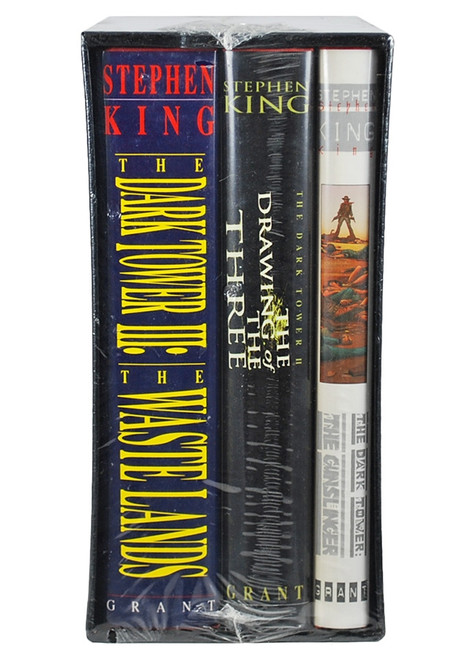 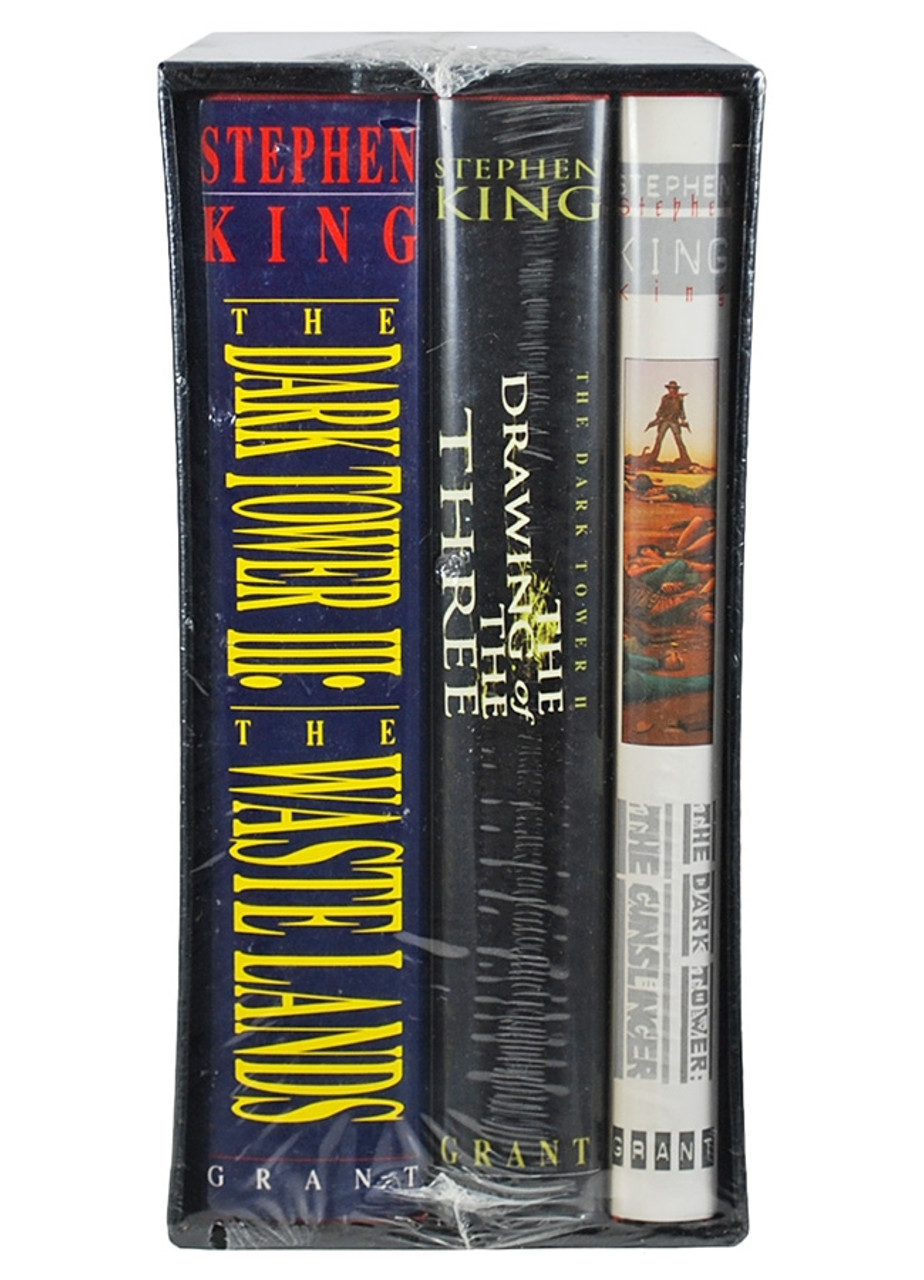 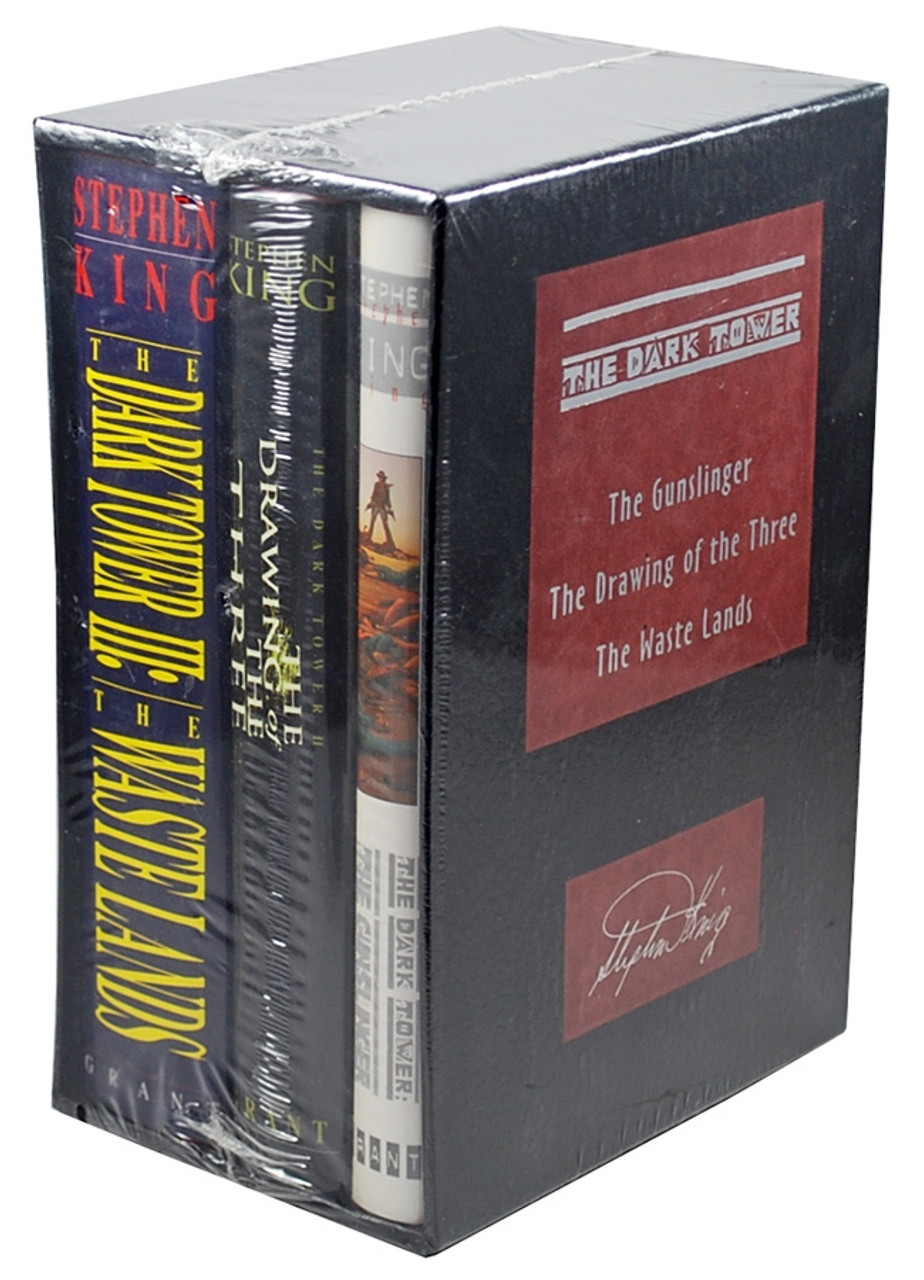 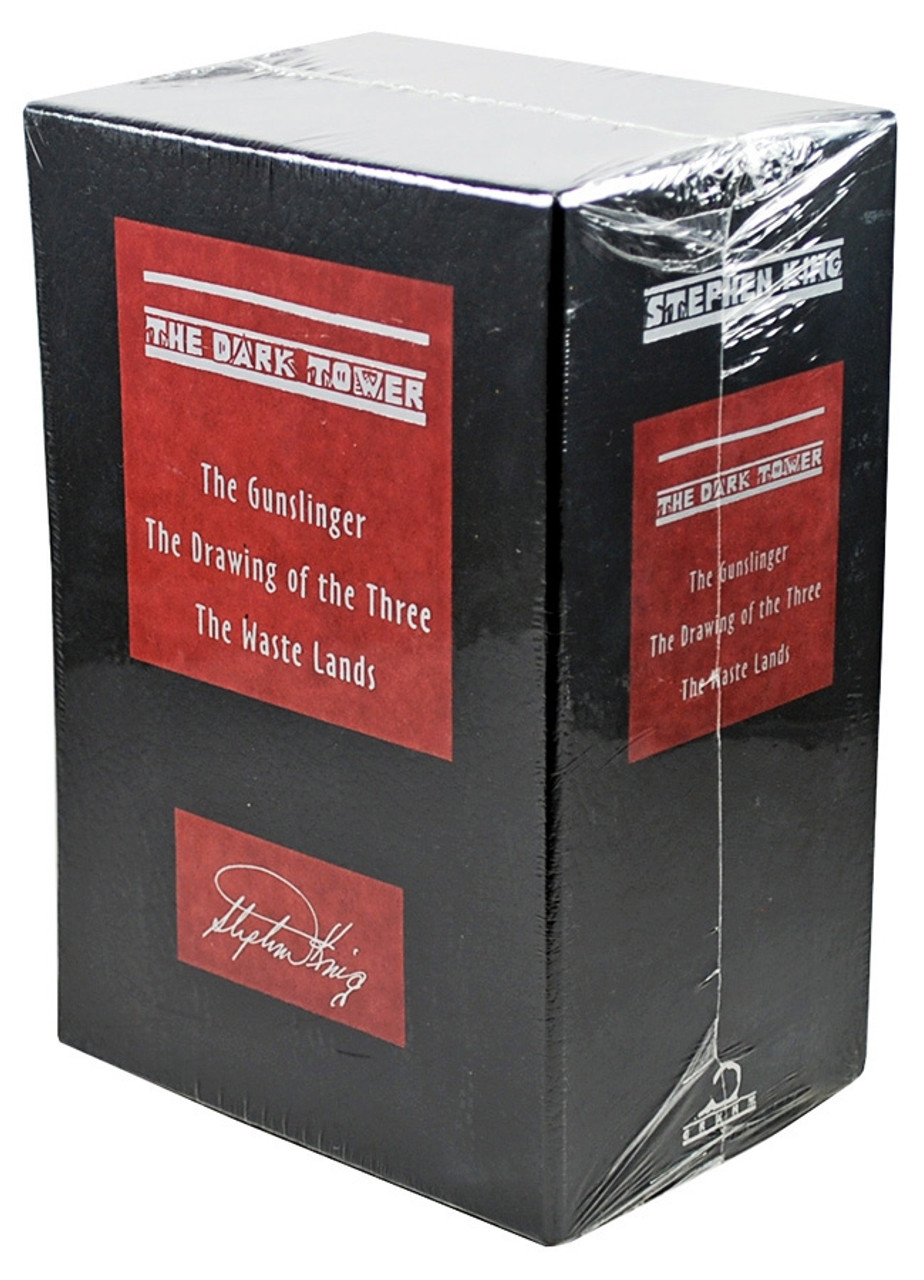 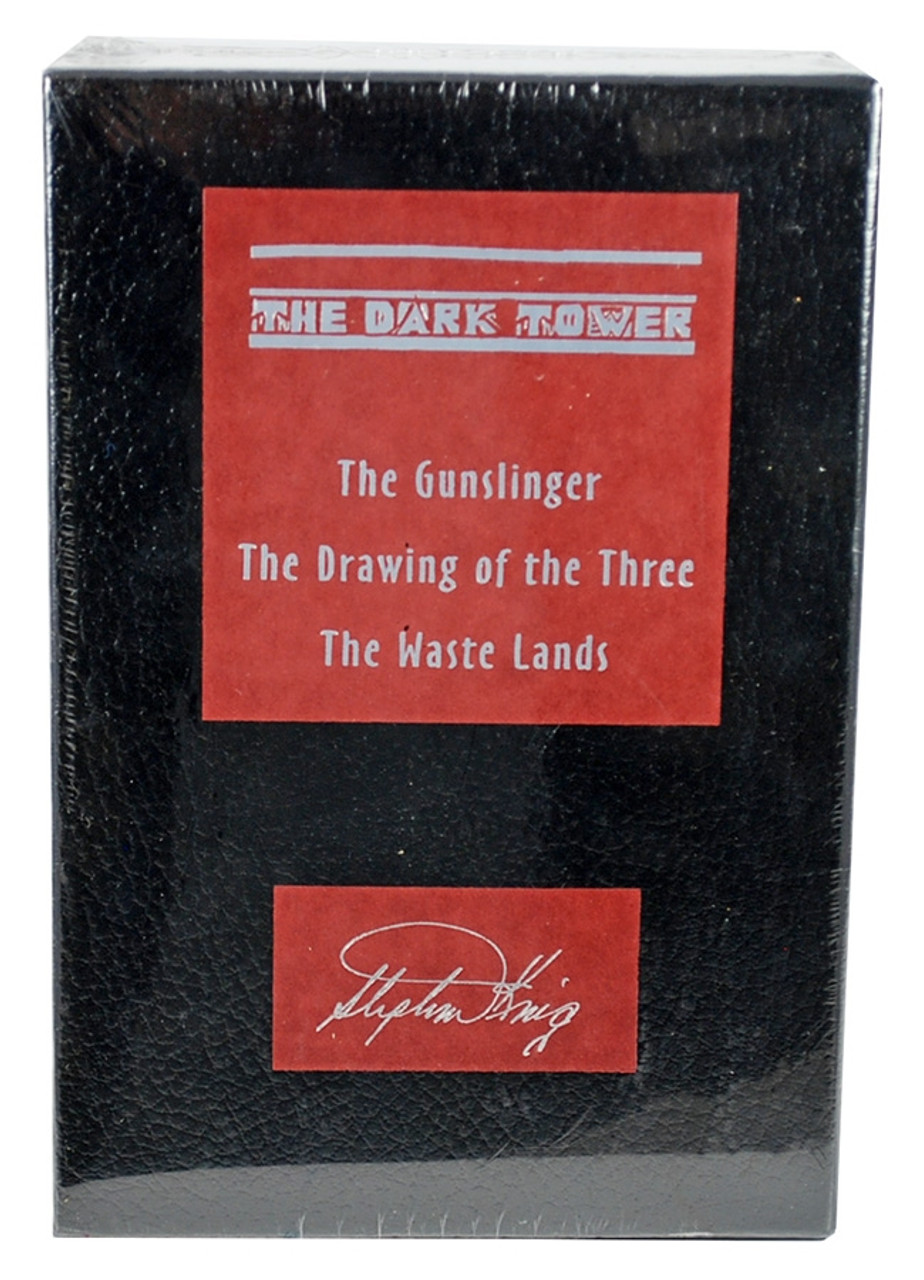 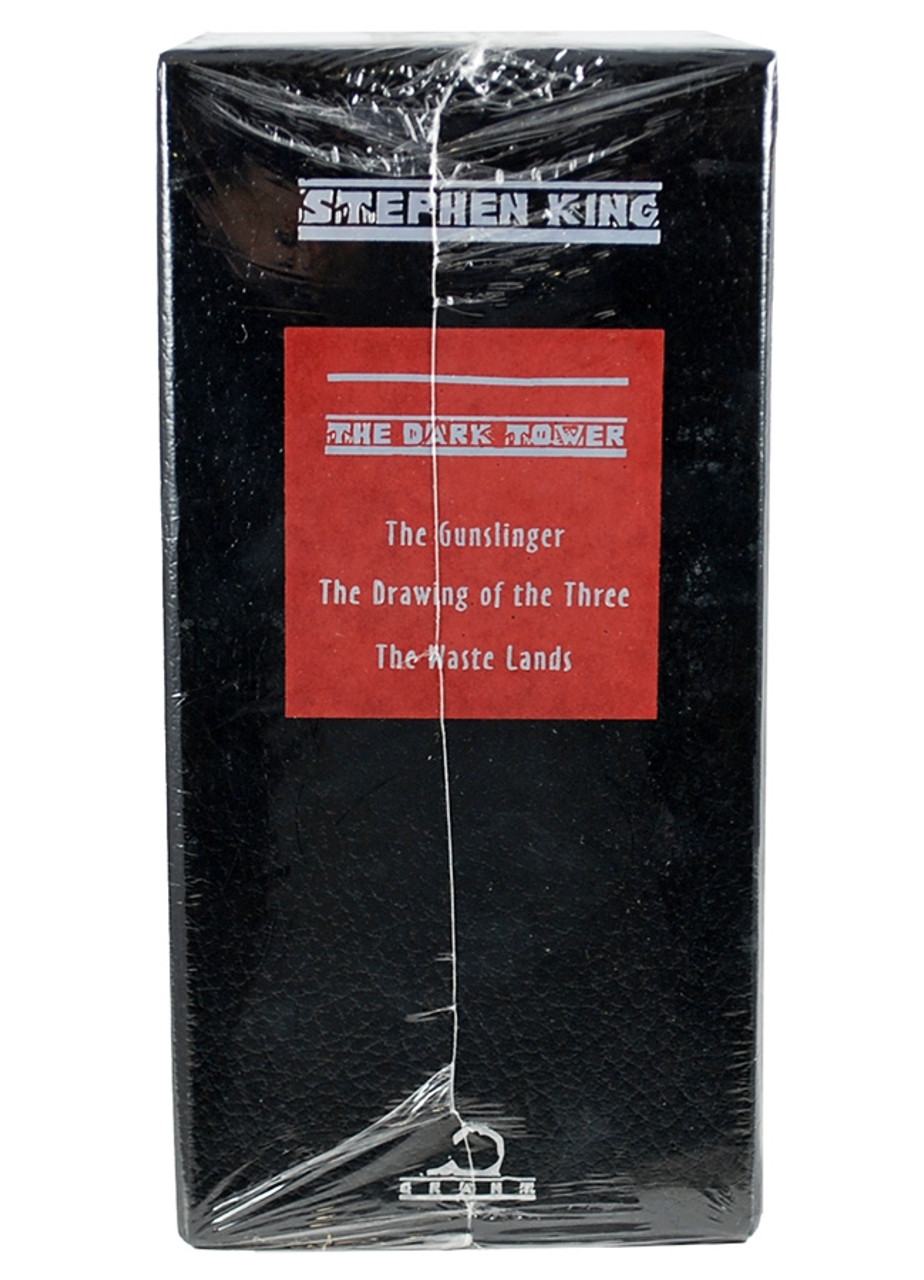 Stephen King: The Dark Tower, Volumes 1-3. Gift Edition. Donald M. Grant, 1998. Hardcovers with DJs. Includes The Gunslinger, The Drawing of the Three, The Waste Lands. Unread, as new in the original shrinkwrap from the publisher.

Stephen Edwin King (born September 21, 1947) is an American author of horror, supernatural fiction, suspense, science fiction and fantasy. His books have sold more than 350 million copies, many of which have been adapted into feature films, miniseries, television series, and comic books. King has published 58 novels, including seven under the pen name Richard Bachman, and six non-fiction books. He has written around 200 short stories, most of which have been published in book collections.
VERY FINE GUARANTEED. As New. Sealed. Very Fine without any discernible flaws. A well-cared for volume, protected from any potential damage. The original number sticker is present on the book. Sharp corners that are not bumped. Book Grading Definitions.

Personally signed by the author Stephen King and the artist Stephen Garvais. A unique and valuable collector's edition that is highly sought after by many King fans and limited to only 26 signed...

This is a highly sought after signed anthology because it's limited to only 500 copies and is personally signed by many of the prominent authors and artists in the publishing industry, including...