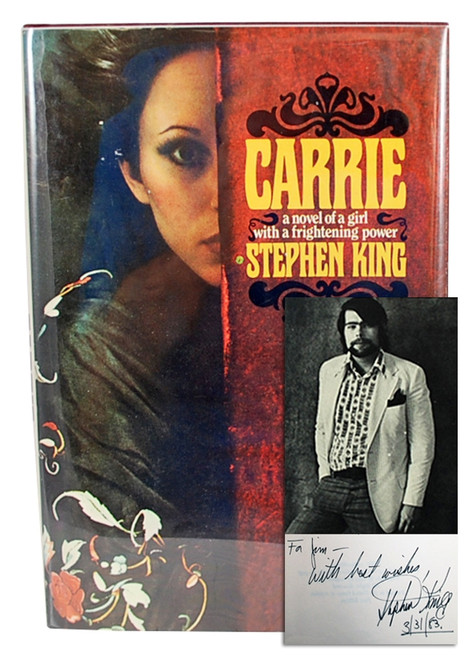 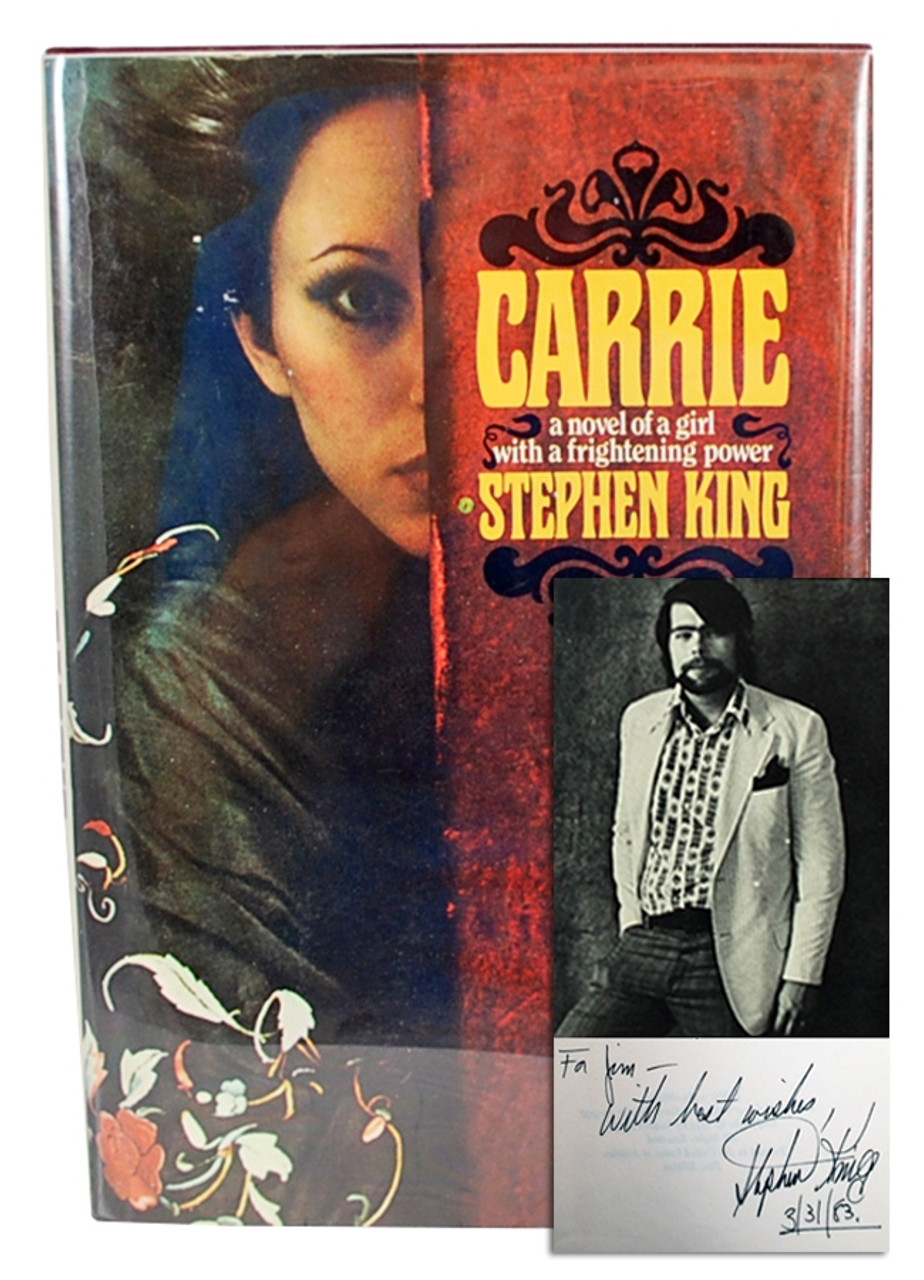 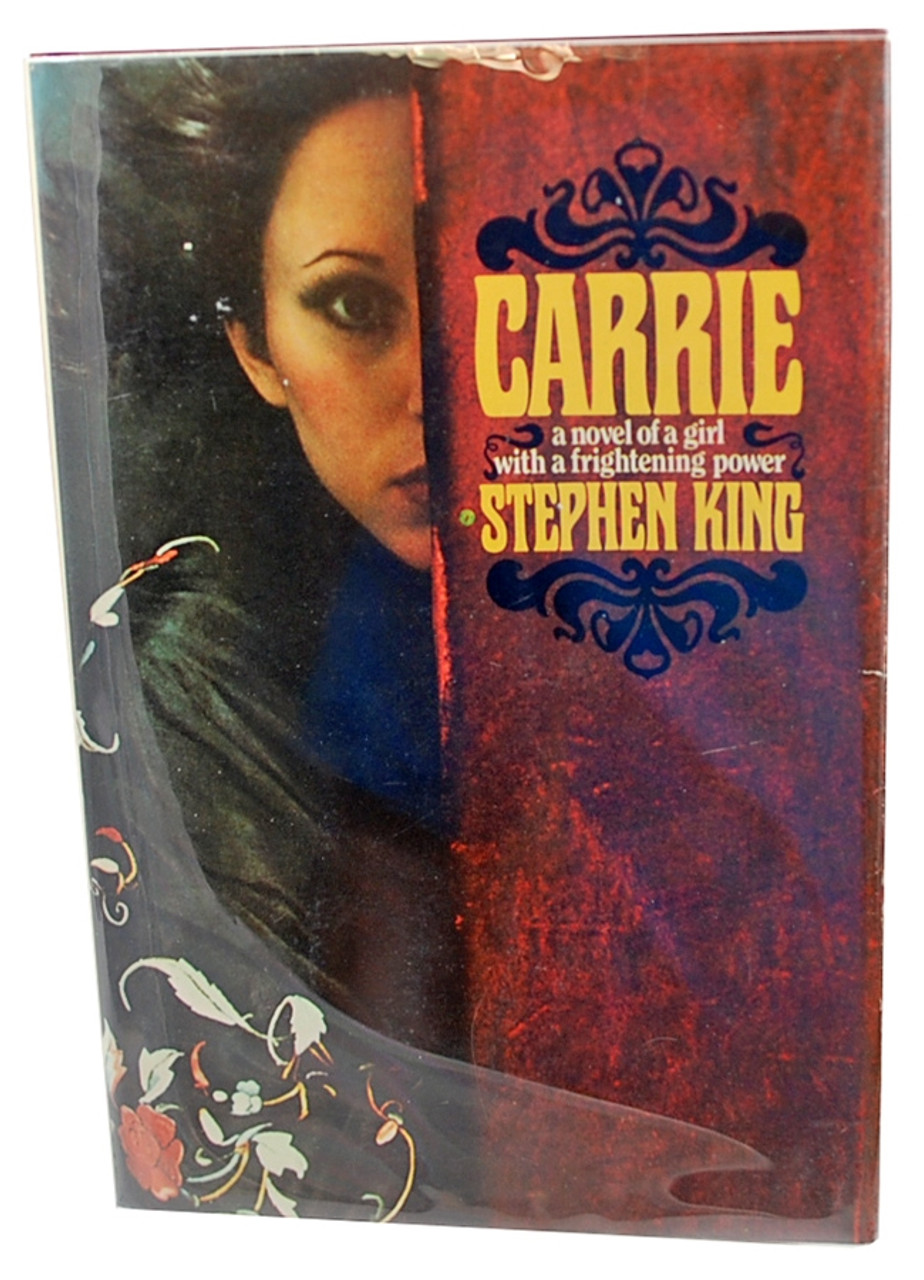 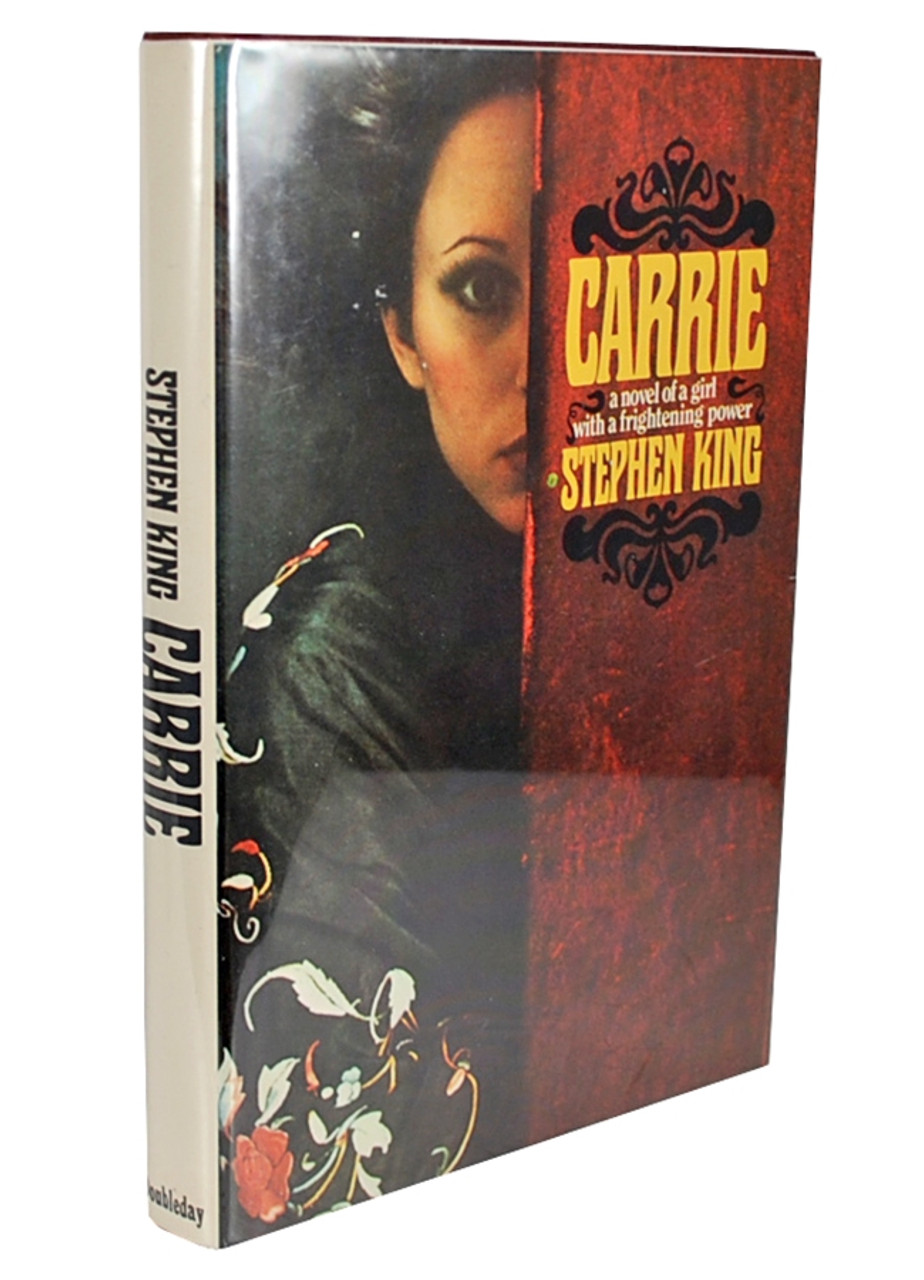 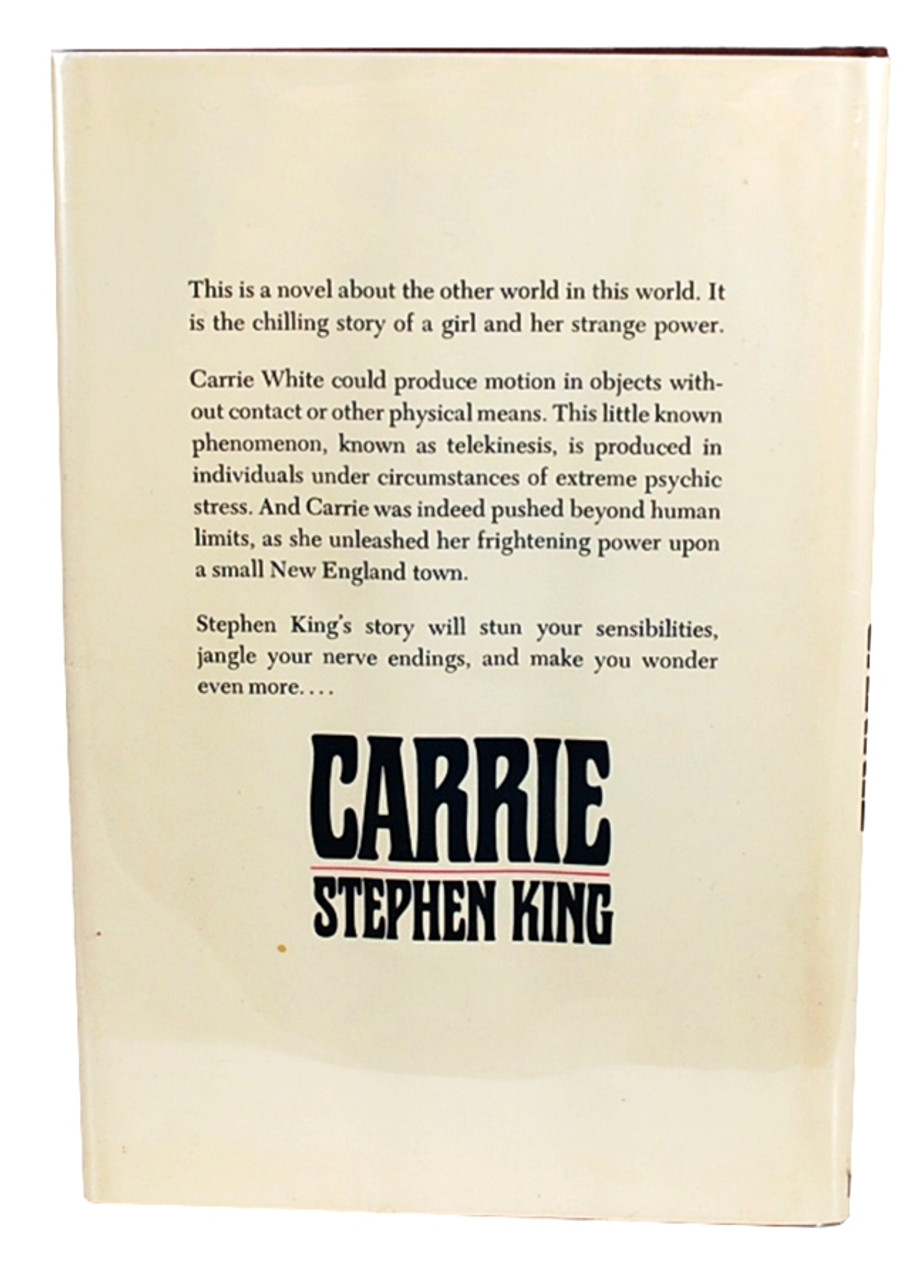 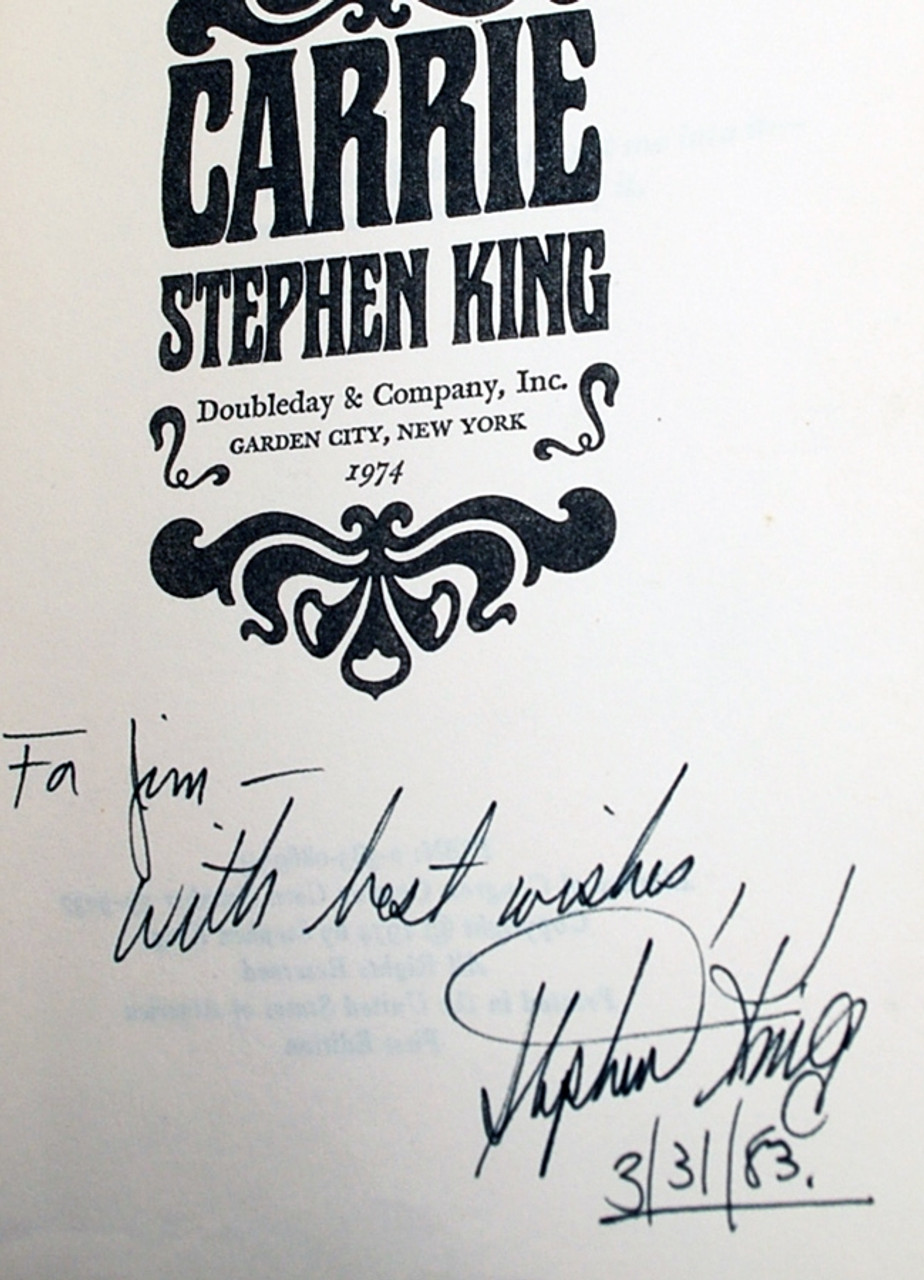 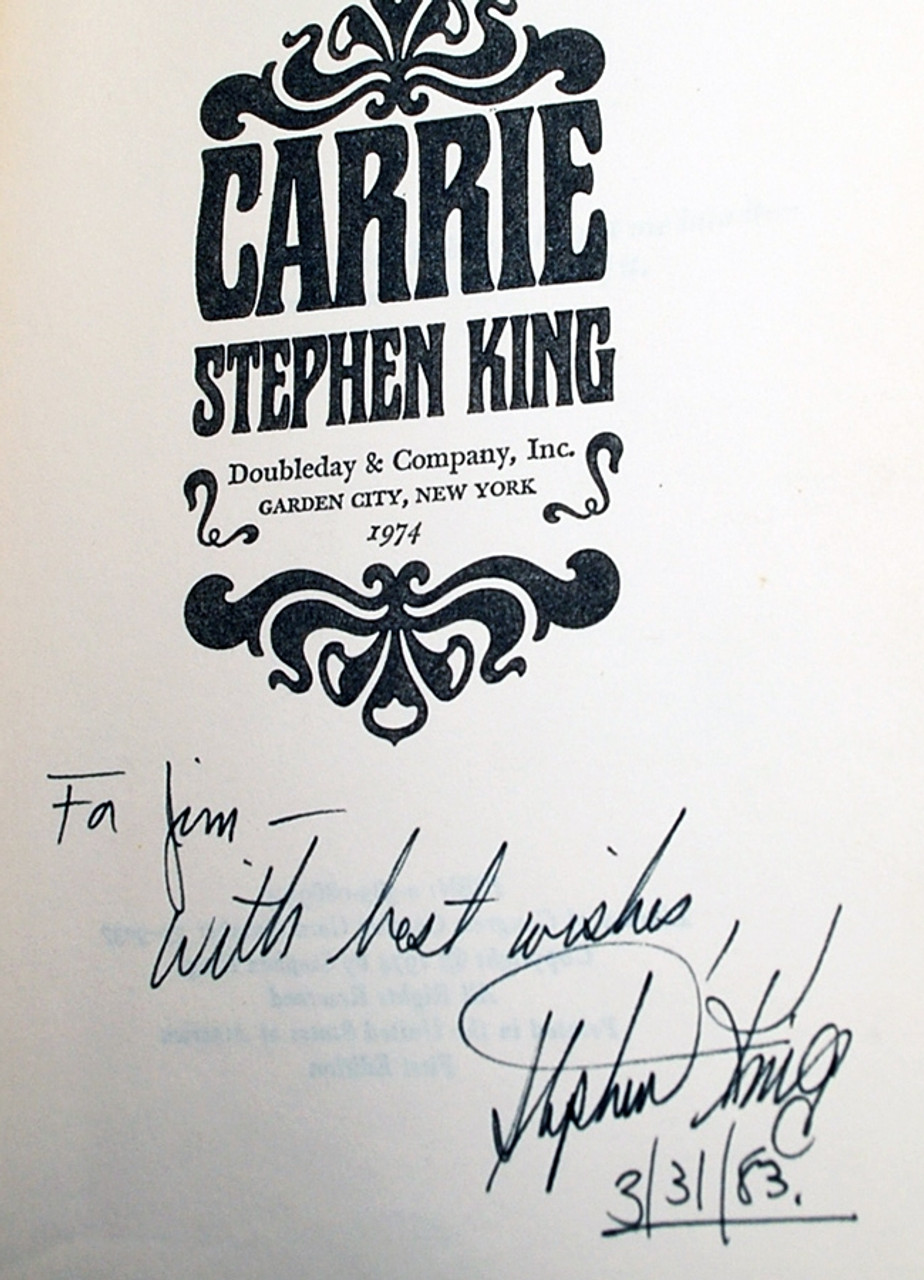 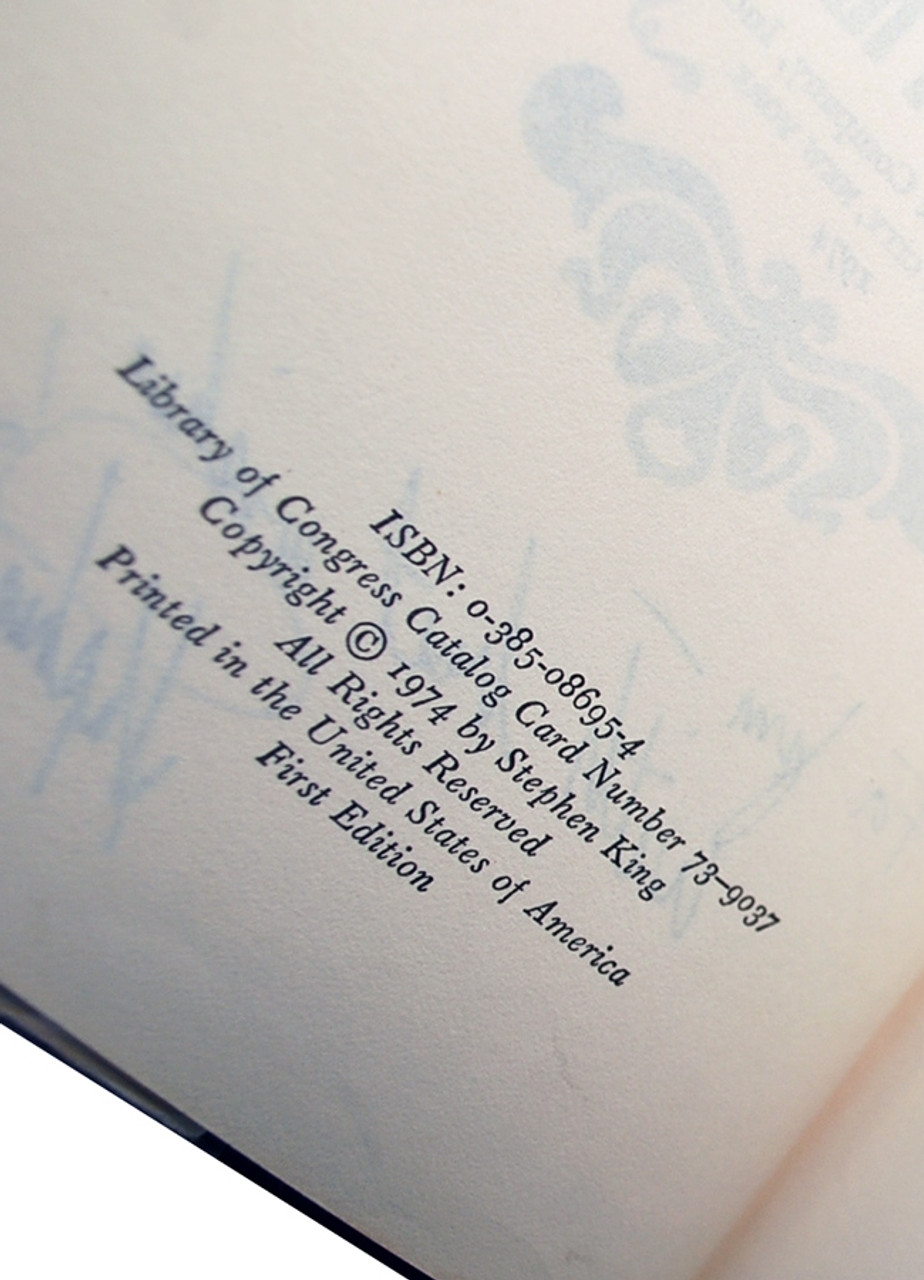 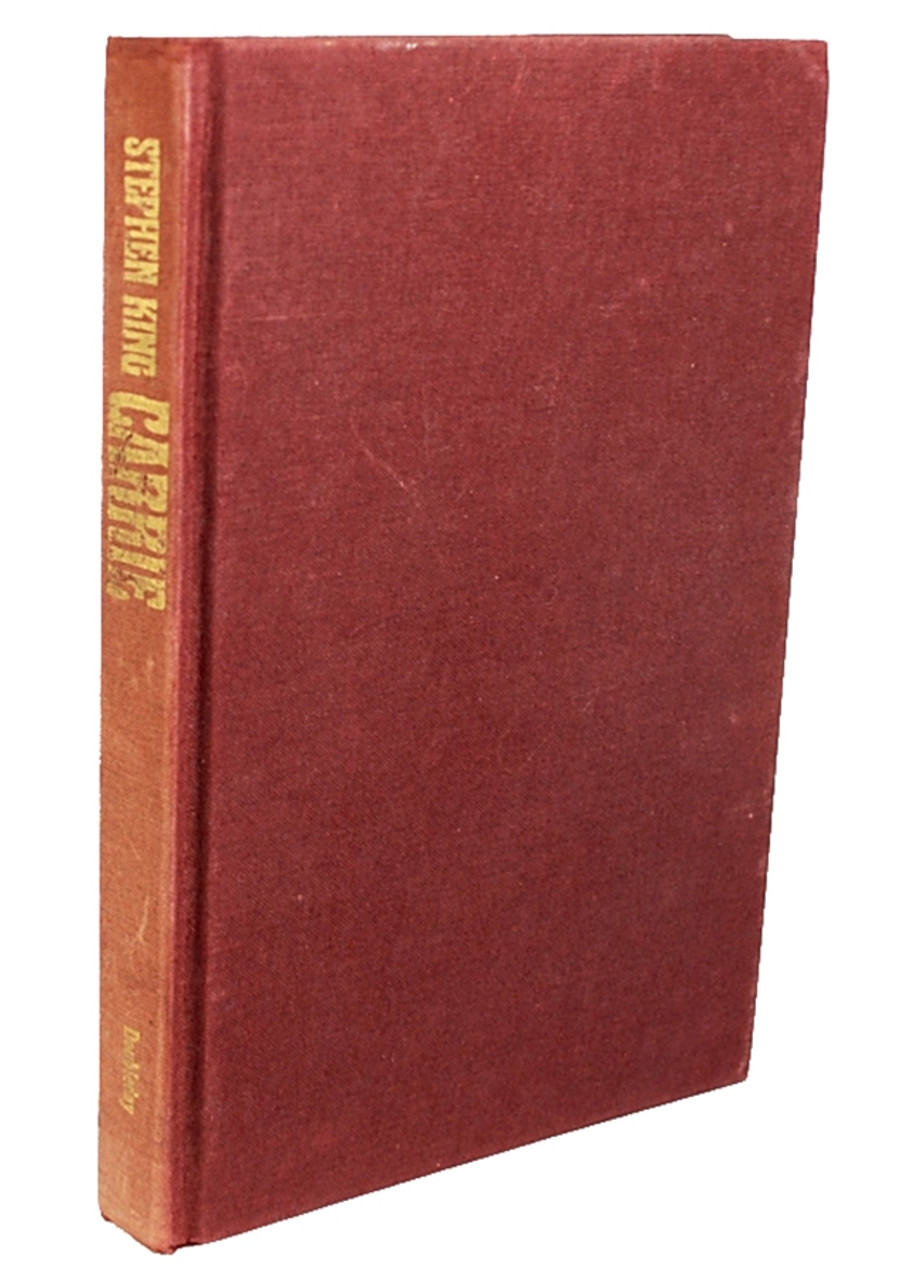 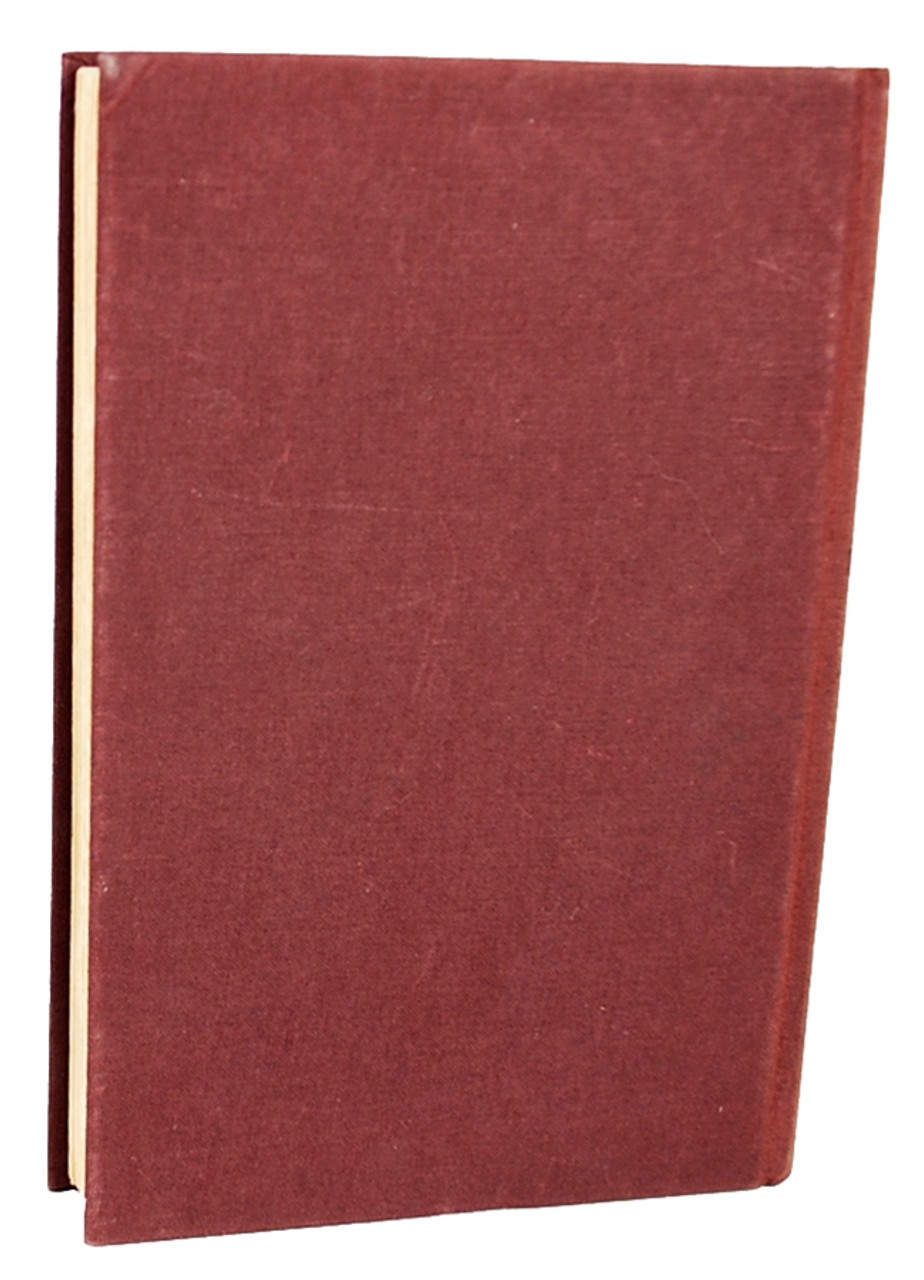 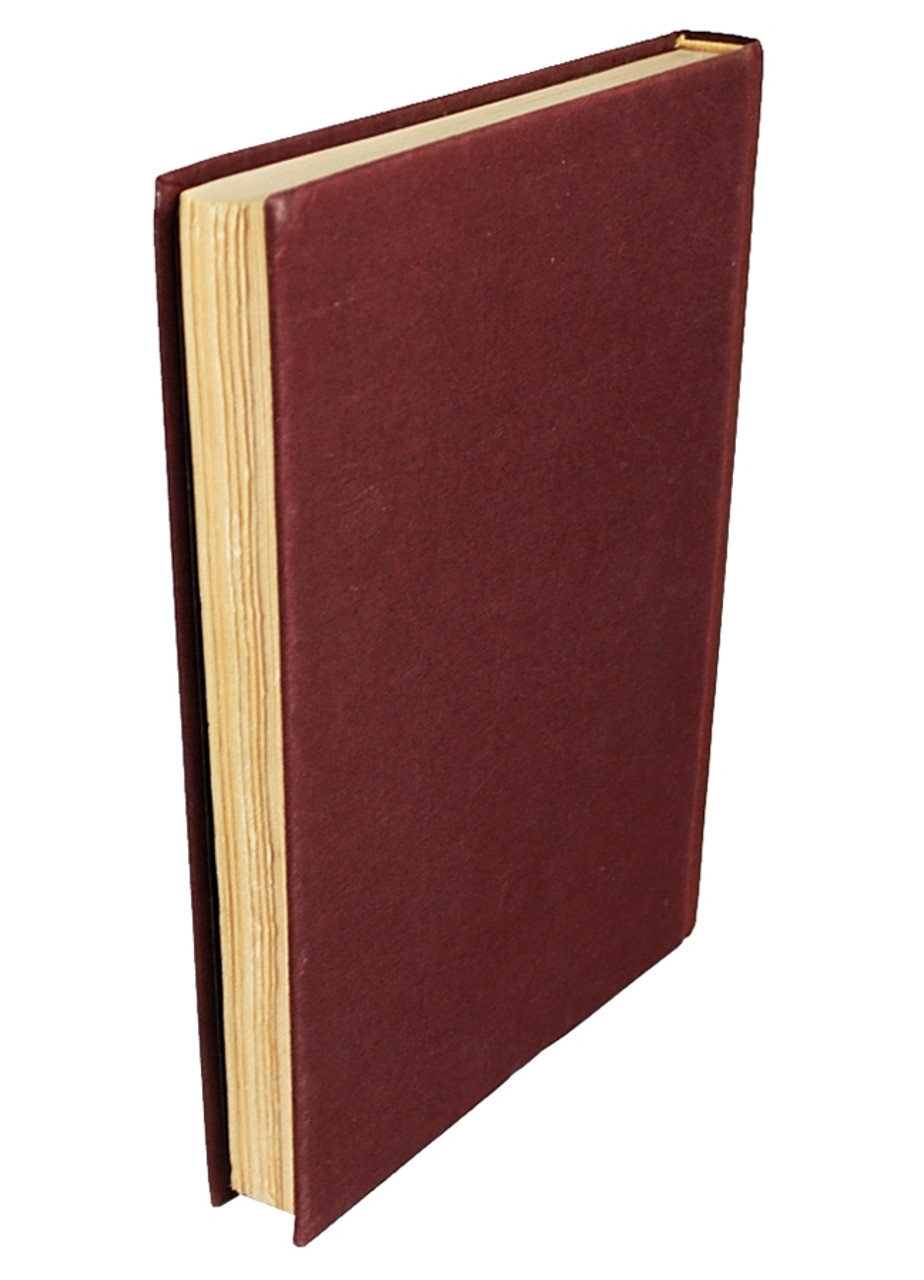 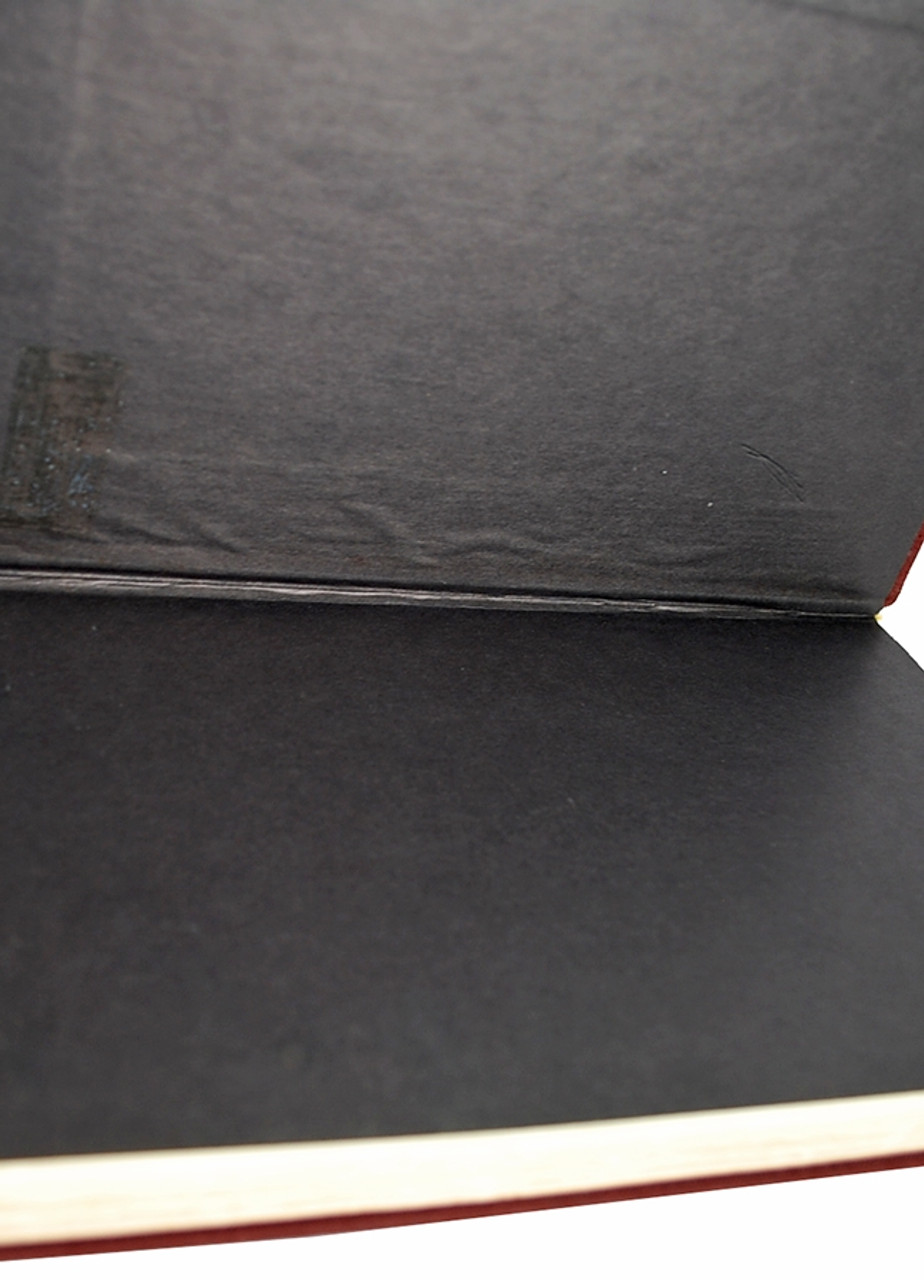 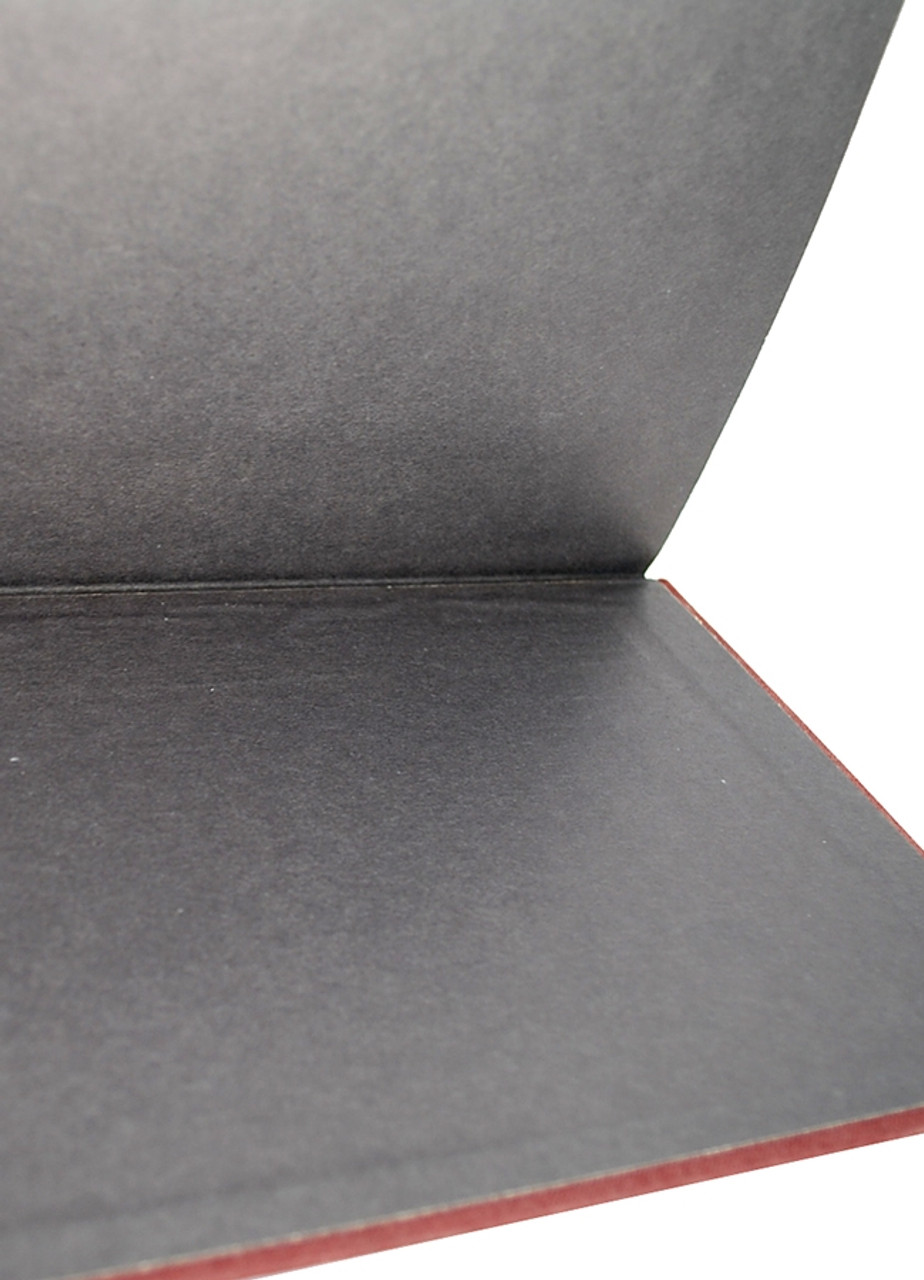 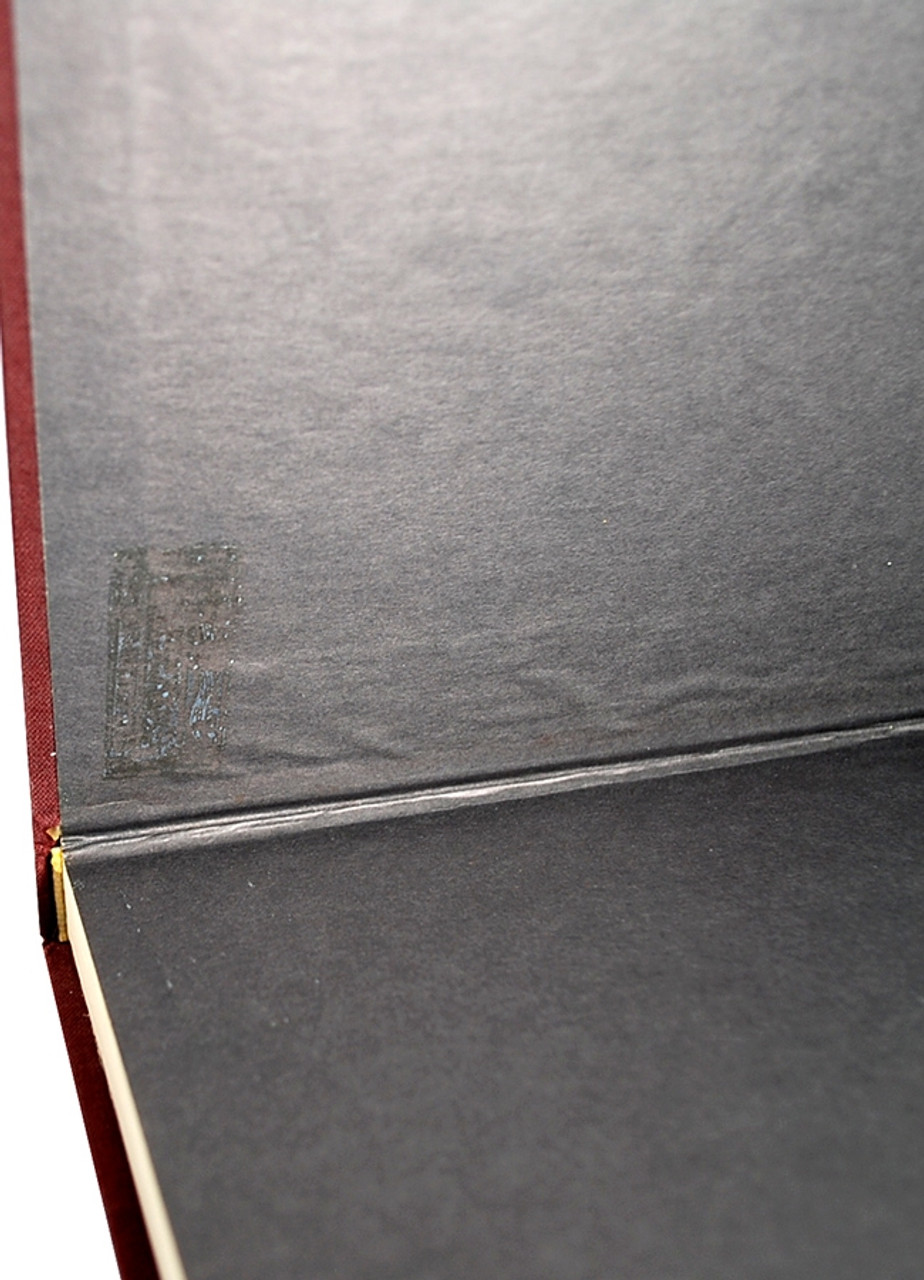 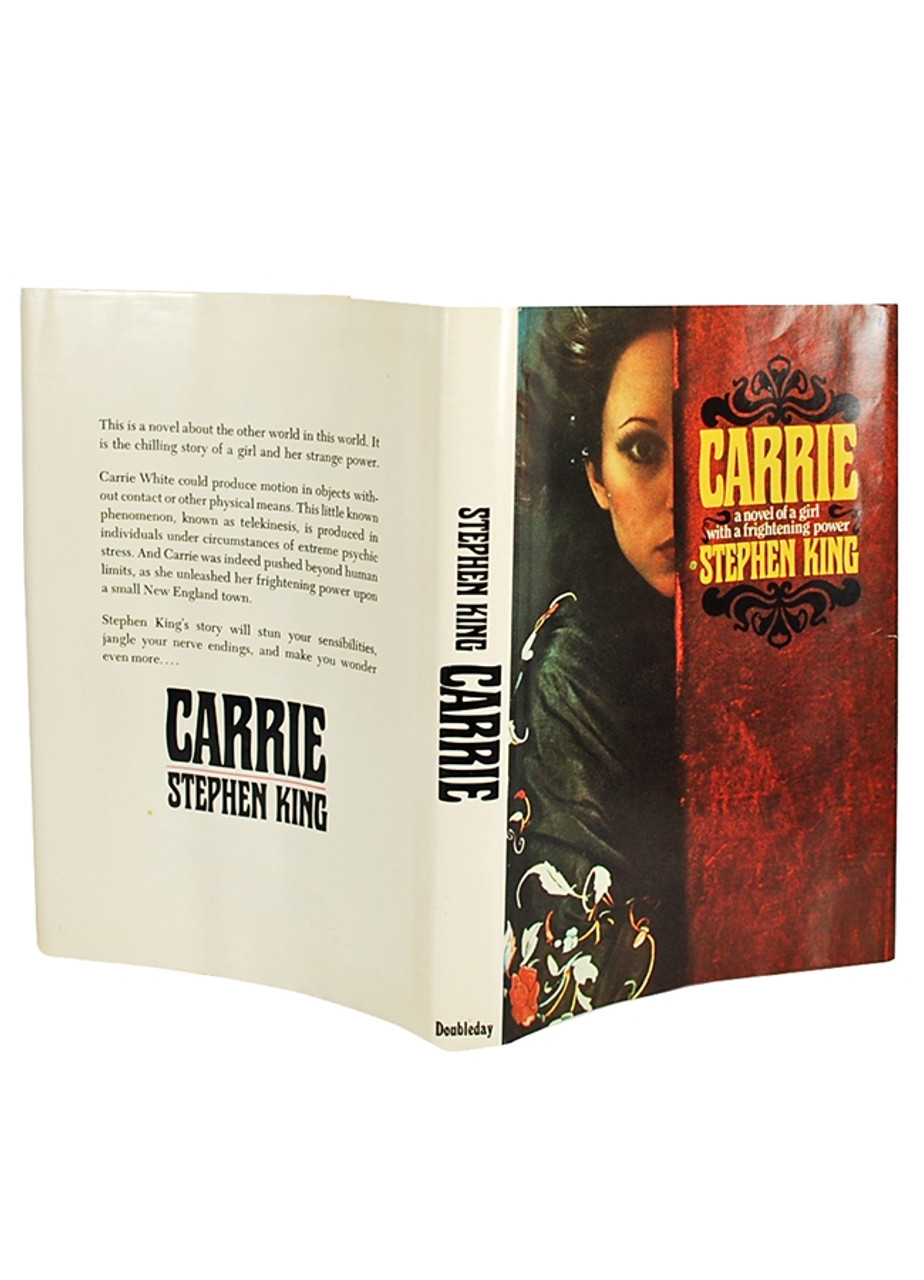 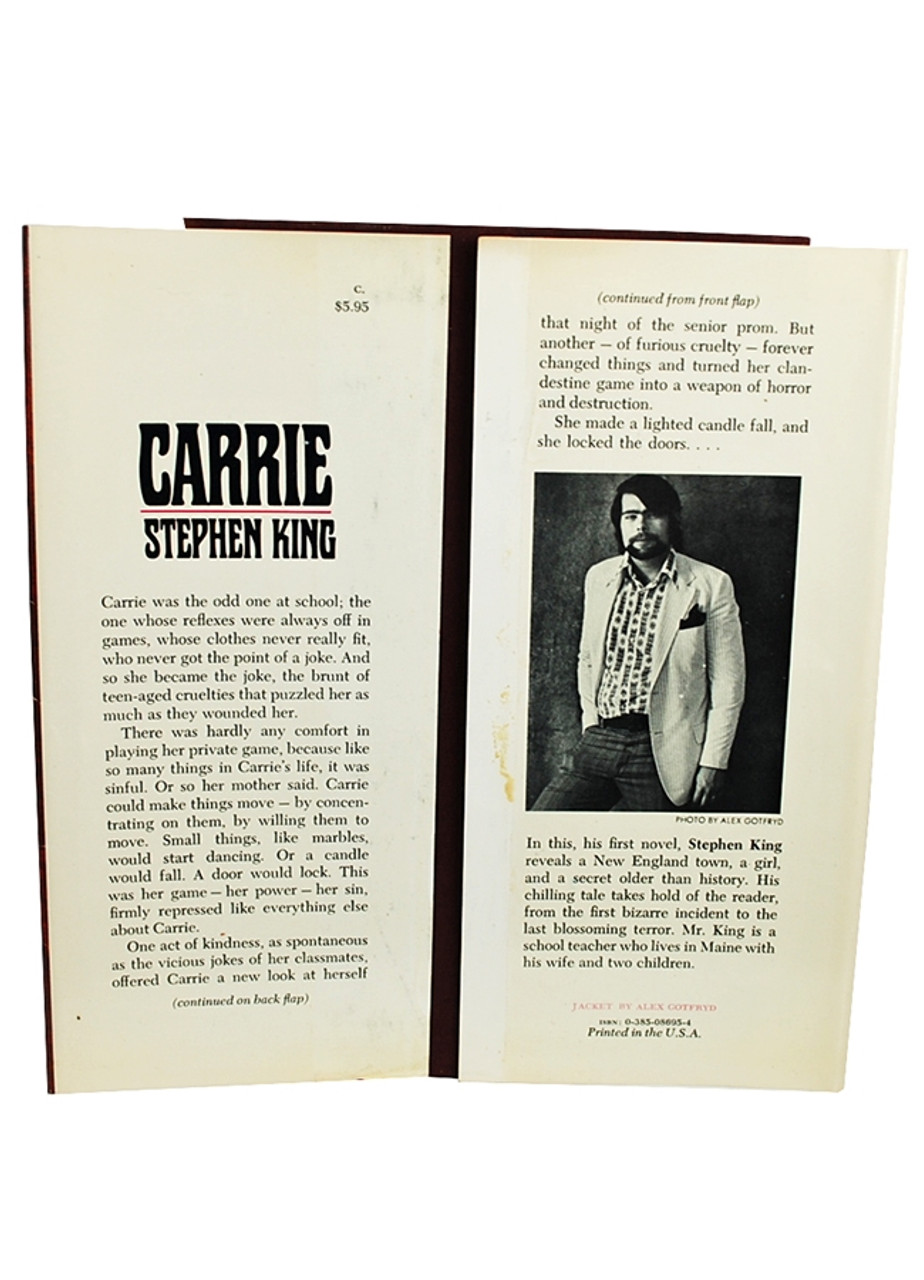 Personally hand signed by Stephen King with a personal inscription:

For the savvy collector, presenting a Signed First Edition from the legendary horror writer Stephen King. First edition and first printing of this modern classic. The author's first published novel (1974), signed and dated by the author directly on the title page. Very few have survived in this condition and therefore will contribute to its future value. A desirable copy with an early autograph.

[First Edition][First Printing] with the correct markings to designate it as such..If you're looking to add a signed first edition of "Carrie" to your collection, then this is the one. A well-cared for book, protected from any potential damage.

Why read Carrie? Stephen King himself has said that he finds his early work "raw," and Brian De Palma's movie was so successful that we feel like we have read the novel even if we never have. The simple answer is that this is a very scary story, one that works as well--if not better--on the page as on the screen. Carrie White, menaced by bullies at school and her religious nut of a mother at home, gradually discovers that she has telekinetic powers, powers that will eventually be turned on her tormentors.

King has a way of getting under the skin of his readers by creating an utterly believable world that throbs with menace before finally exploding. He builds the tension in this early work by piecing together extracts from newspaper reports, journals, and scientific papers, as well as more traditional first- and third-person narrative in order to reveal what lurks beneath the surface of Chamberlain, Maine.

News item from the Westover (ME) weekly Enterprise, August 19, 1966: "Rain of Stones Reported: It was reliably reported by several persons that a rain of stones fell from a clear blue sky on Carlin Street in the town of Chamberlain on August 17th."

Although the supernatural pyrotechnics are handled with King's customary aplomb, it is the carefully drawn portrait of the little horrors of small towns, high schools, and adolescent sexuality that give this novel its power, and assures its place in the King canon.