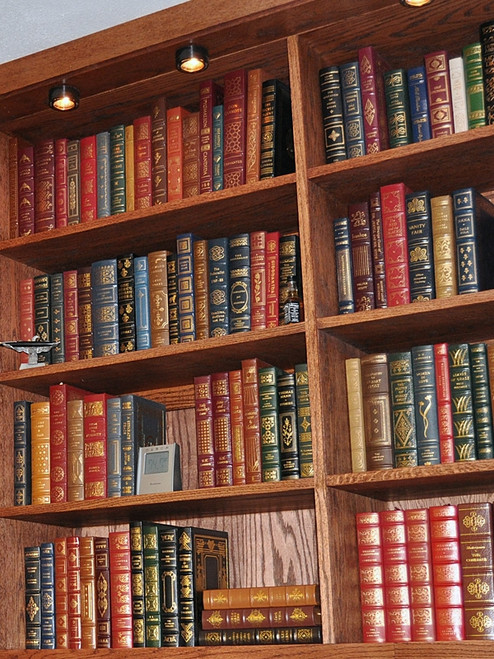 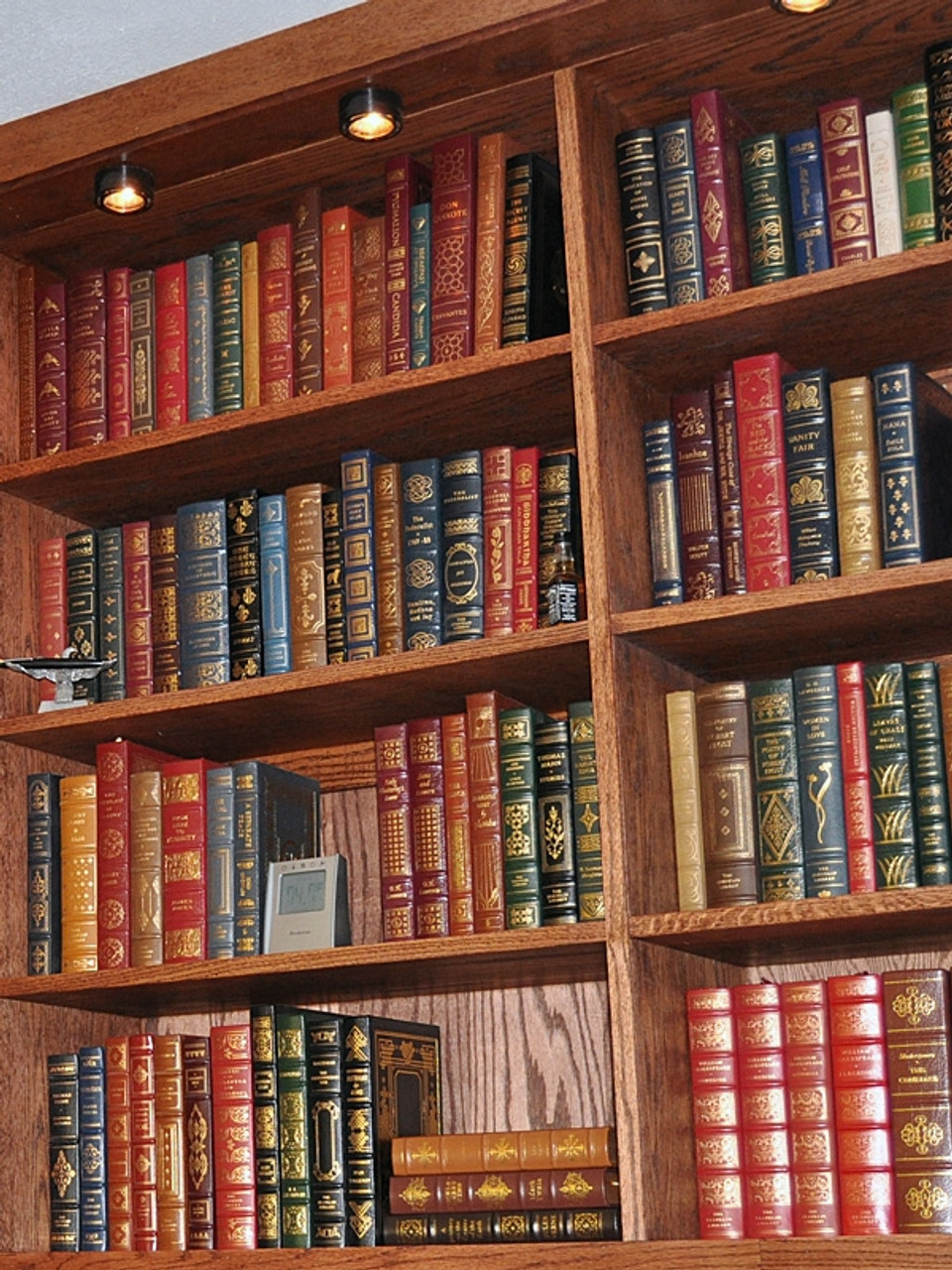 A unique and valuable set that it will bring you many years of enjoyment. These beautiful books are made to endure through generations and will luxuriously decorate your home. A great opportunity to build an instant library of all the classics that will be quite impressive to say the least. Each volume is in Very Fine condition without any flaws and sealed.

An excellent collection that will look stunning on the bookshelf. The classics are included, one hundred titles as they were originally published from the 1960s, 70s and 80s..

A luxurious collection of 100 volumes from the 100 Greatest Books Ever Written series published by Easton Press. Each book is a luxurious leather bound collector's edition. Each volume is illustrated and has all the premium classic qualities that you would expect from Easton Press books.

Each volume includes all the classic Easton Press qualities:

THIS ITEM IS NOT AVAILABLE FOR PRIORITY MAIL SHIPPING.

Each volume is in VERY FINE condition without any flaws, most sealed in the shrink-wrap. Each volume is a wonderful bright clean copy free of any markings, writings, or stamps. Sharp corners that have not been bumped. Tight binding. No bookplates attached or indication of any removed. *Free Shipping includes Media Mail service. Expedited Shipping is not available for this item.