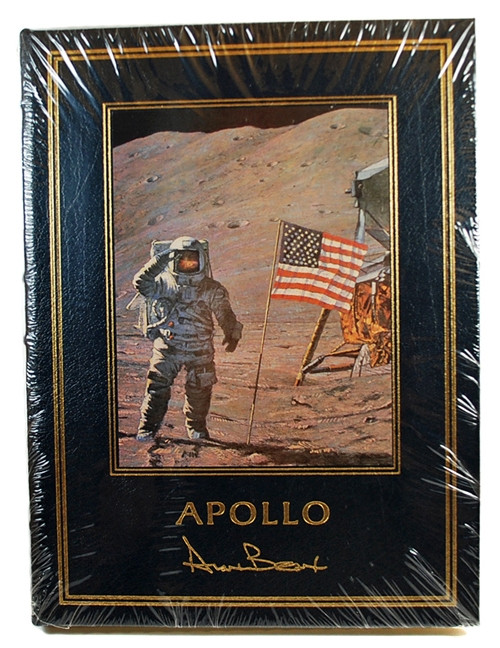 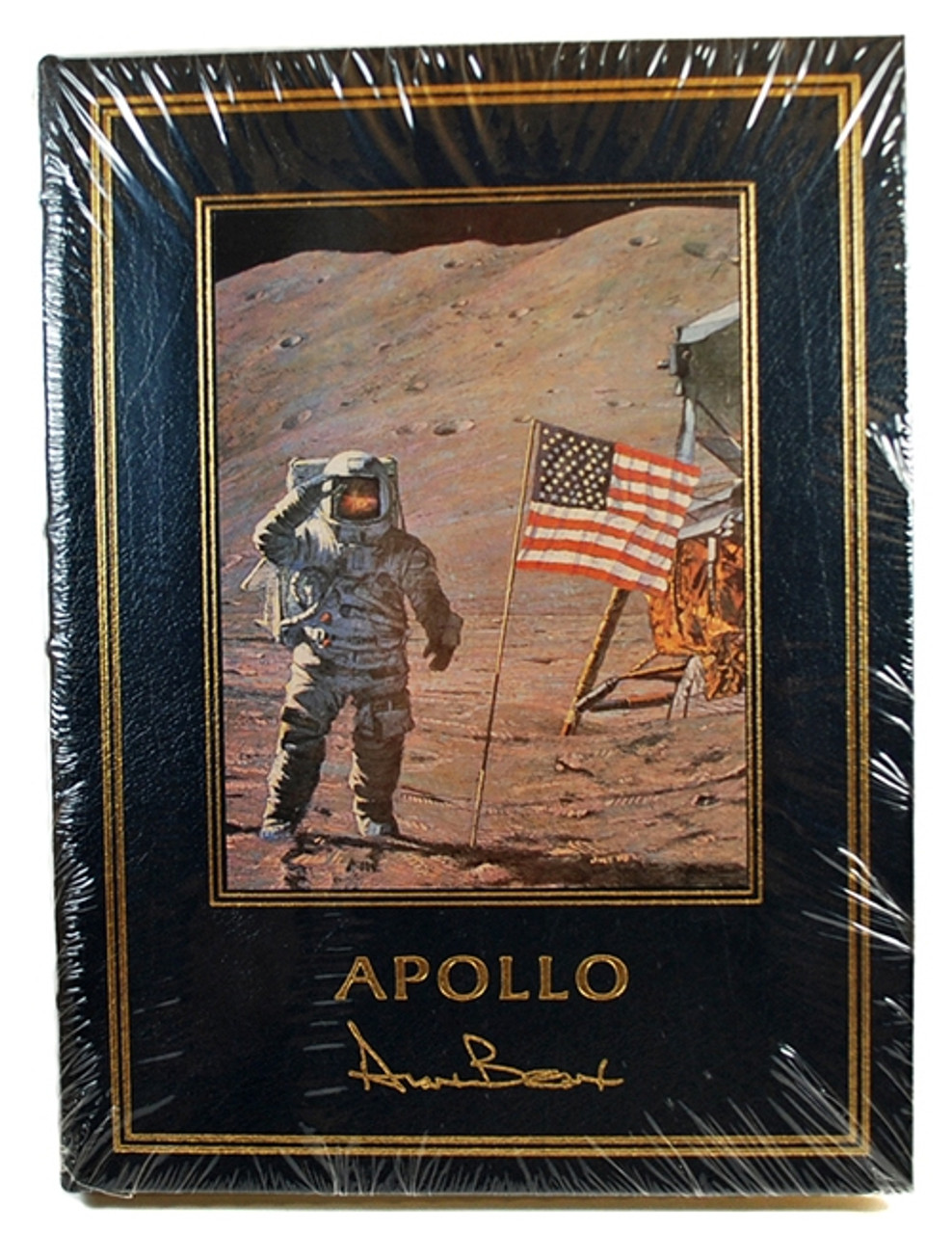 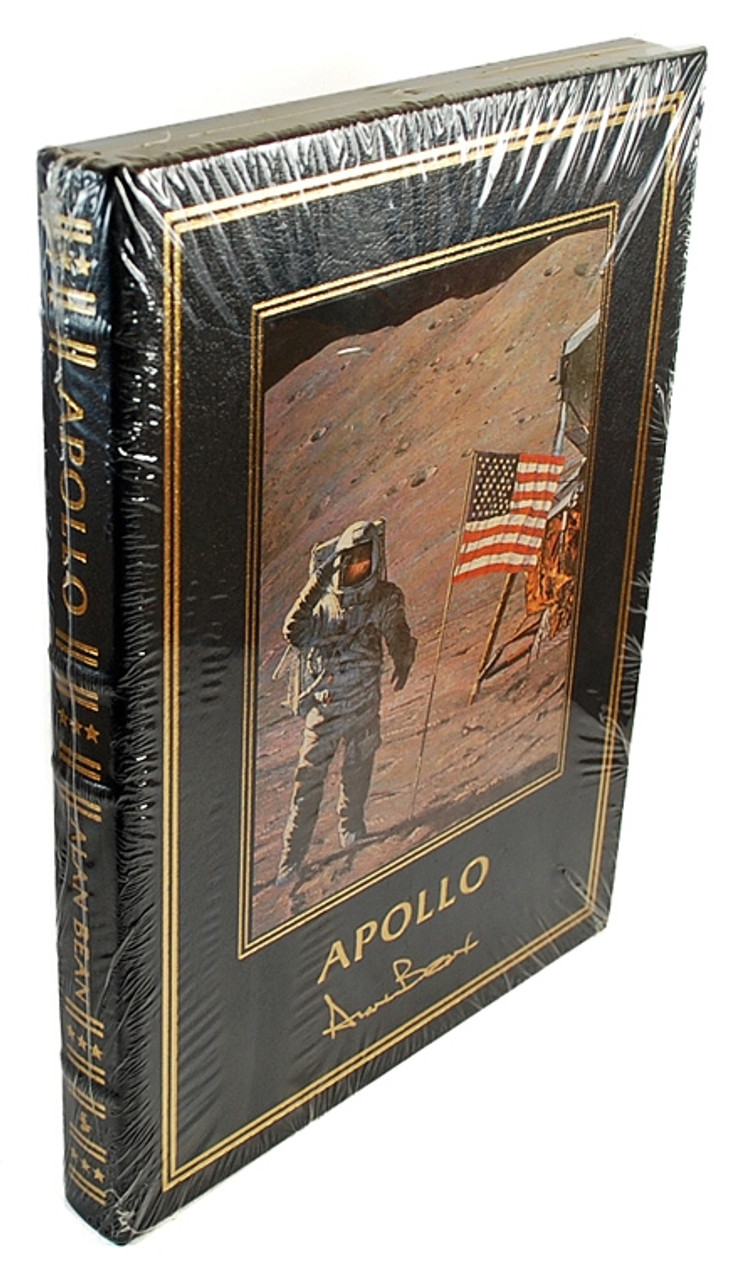 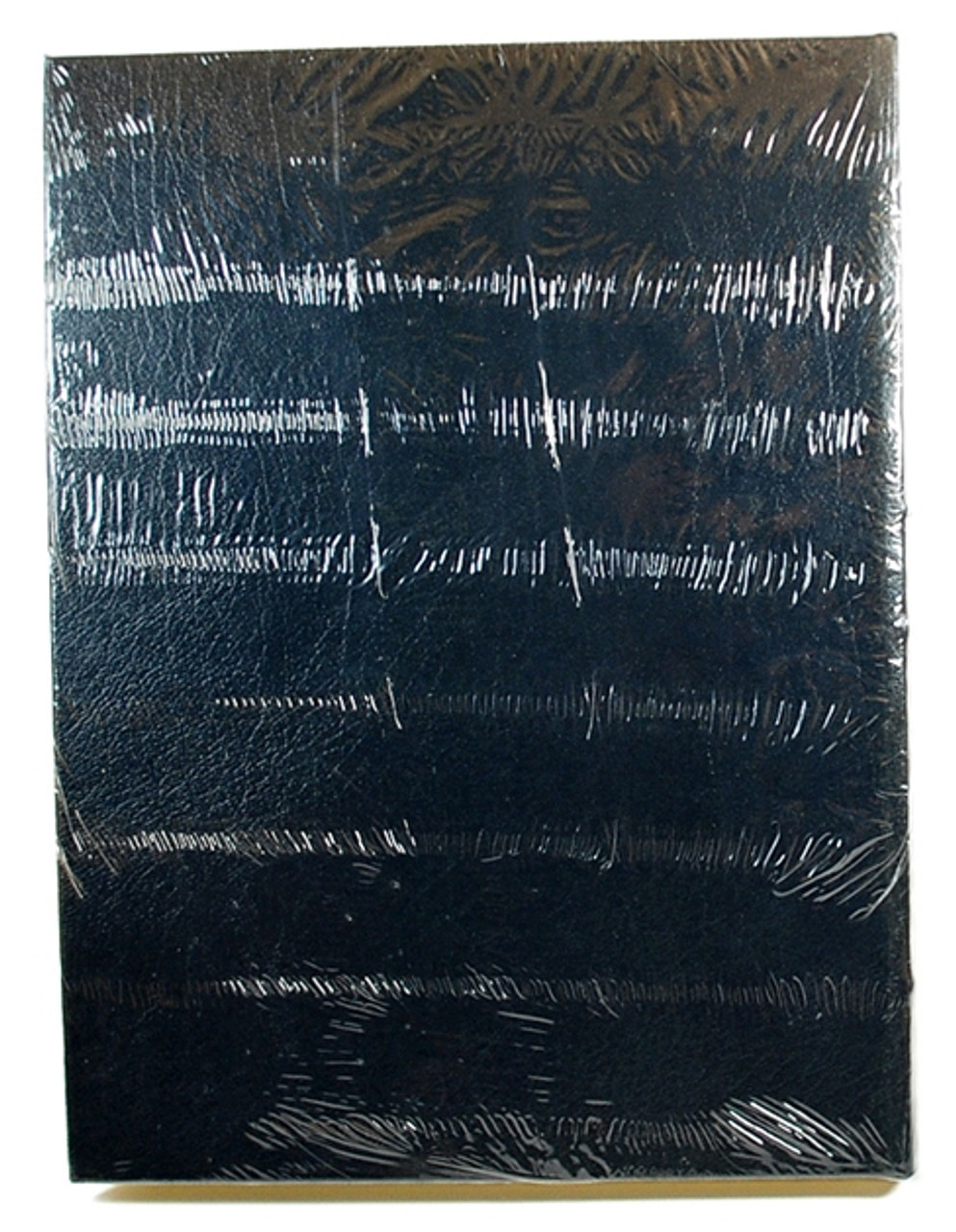 This edition has been personally signed by astronaut and moon-walker Alan Bean.

Quarto (9" x 12") printed by The Greenwich Workshop Press for Easton Press and bound in full blue leather with a color pictorial paste-down on the front cover. Profusely illustrated with color reproductions of paintings by astronaut/artist Alan Bean. Includes Certificate of Authenticity from Easton Press, collector's notes, and an extra unattached bookplate for your own personalization. Mint condition in the original shrink-wrap from the publisher.

When NASA sent the crew of Apollo 12 to the moon, they may not have realized that they were giving an artist the vision that would carry him through a lifetime of painting. The artist, of course, was astronaut Alan Bean, whose trip to the moon with pals Pete Conrad and Dick Gordon sunk so deeply into his brain that he's been trying to get it down on canvas ever since. He even mixes moon dust and bits of charred Apollo 12 heat shield into his paints to capture a bit of the Ocean of Storms in each image.

The astronauts Bean paints are brave, exuberant, and all-American, right down to the reflections of Old Glory in their mirrored visors. His moon is surprisingly colorful and dreamlike, a magical place for jumping higher than you ever did before, racing around in the lunar rover, and swatting golf balls into orbit. Apollo: An Eyewitness Account, coauthored with space expert Andrew Chaikin, is filled with Bean's riveting stories and paintings, recording a long, successful career as an explorer-artist. He recreates the drama and brash enthusiasm of the Apollo program in bold strokes.

With the descent of the lunar lander Intrepid, Apollo 12 astronaut Bean became the fourth man to walk on the moon. Since his retirement from NASA in 1981, Bean has devoted himself to his realist paintings; this handsome volume allows him to display both his artistic skills and his orbital experience, reproducing dozens of Bean's paintings of lunar surfaces, moonwalks, astronaut gear and so on, alongside a blow-by-blow narrative of Apollo 12, which Chaikin (The National Air and Space Museum Book of Aviation and Space Flight) has written very much from Bean's perspective. Chaikin and Bean describe the thrills and setbacks on the latter's path from naval aviator to astronaut, his first view of the blue-and-white Earth from 293,000 miles and the technical problems of making sure an American flag stays up on the moon.

Final chapters track Bean's adventures with the paint and canvas he took up in 1974 ("Flying skills are so much like painting skills, it's amazing"), the exploits and close calls of other astronauts and Bean's hopes for his art and for space exploration. Short paragraphs in which Bean explains his pictures' subjects and techniques alternate with the longer segments of narrative; this format can make the whole book seem scattered, though the images, and the anecdotes, retain undeniable power. The meticulously detailed paintings themselves add warmth and a mid-19th-century softness to the photos and equipment on which many of them are based.