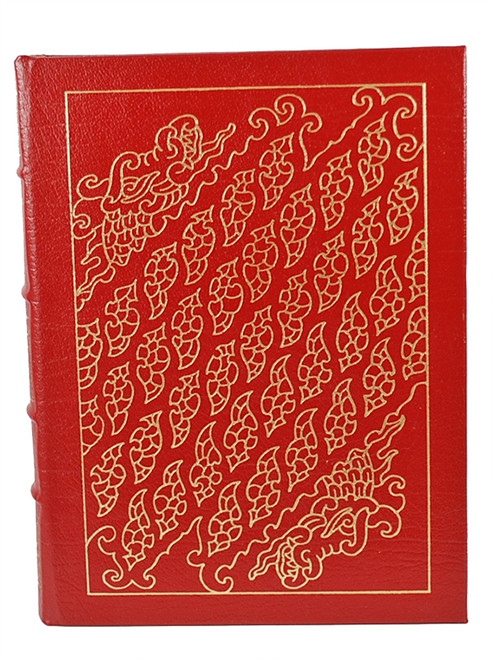 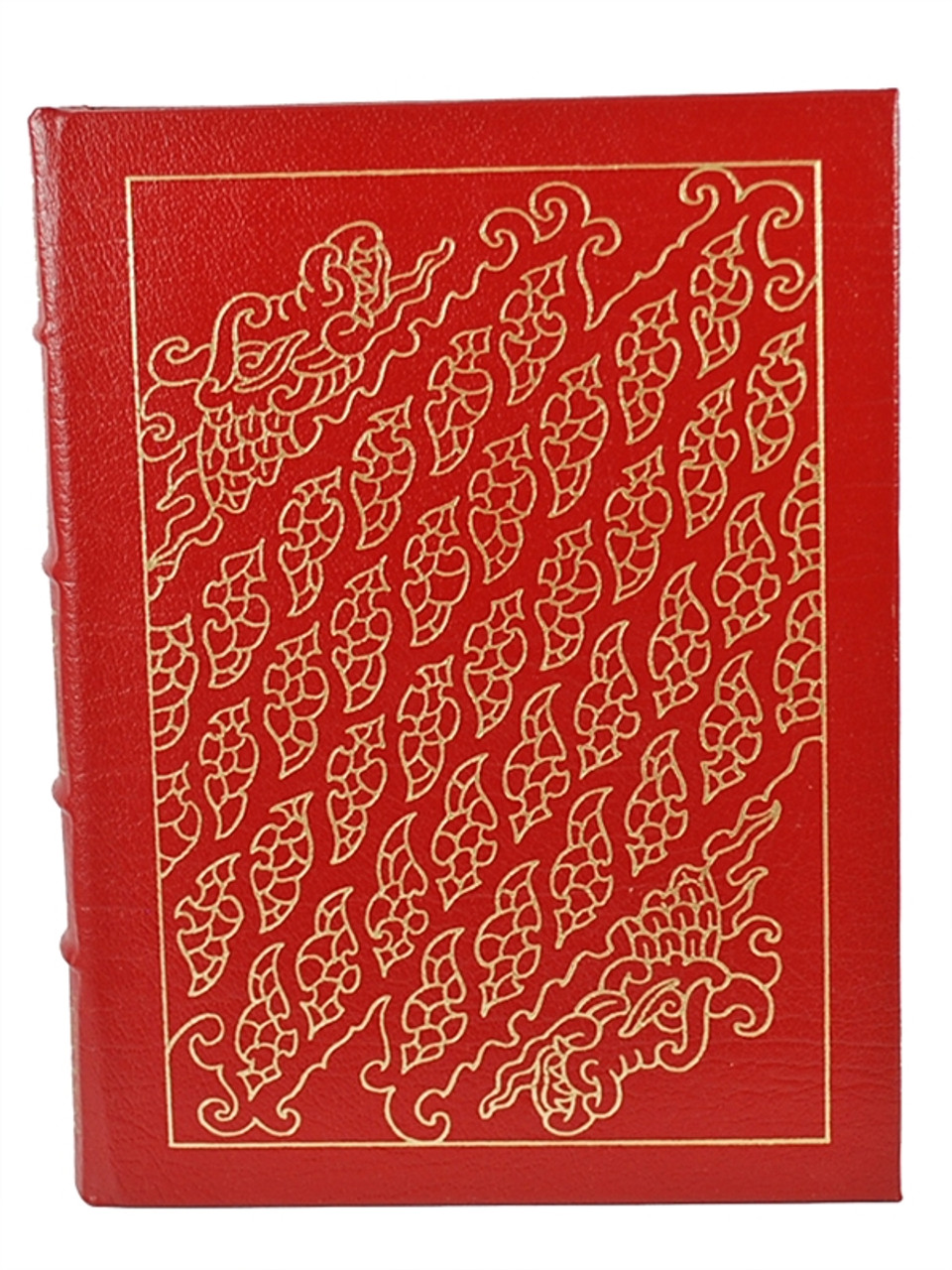 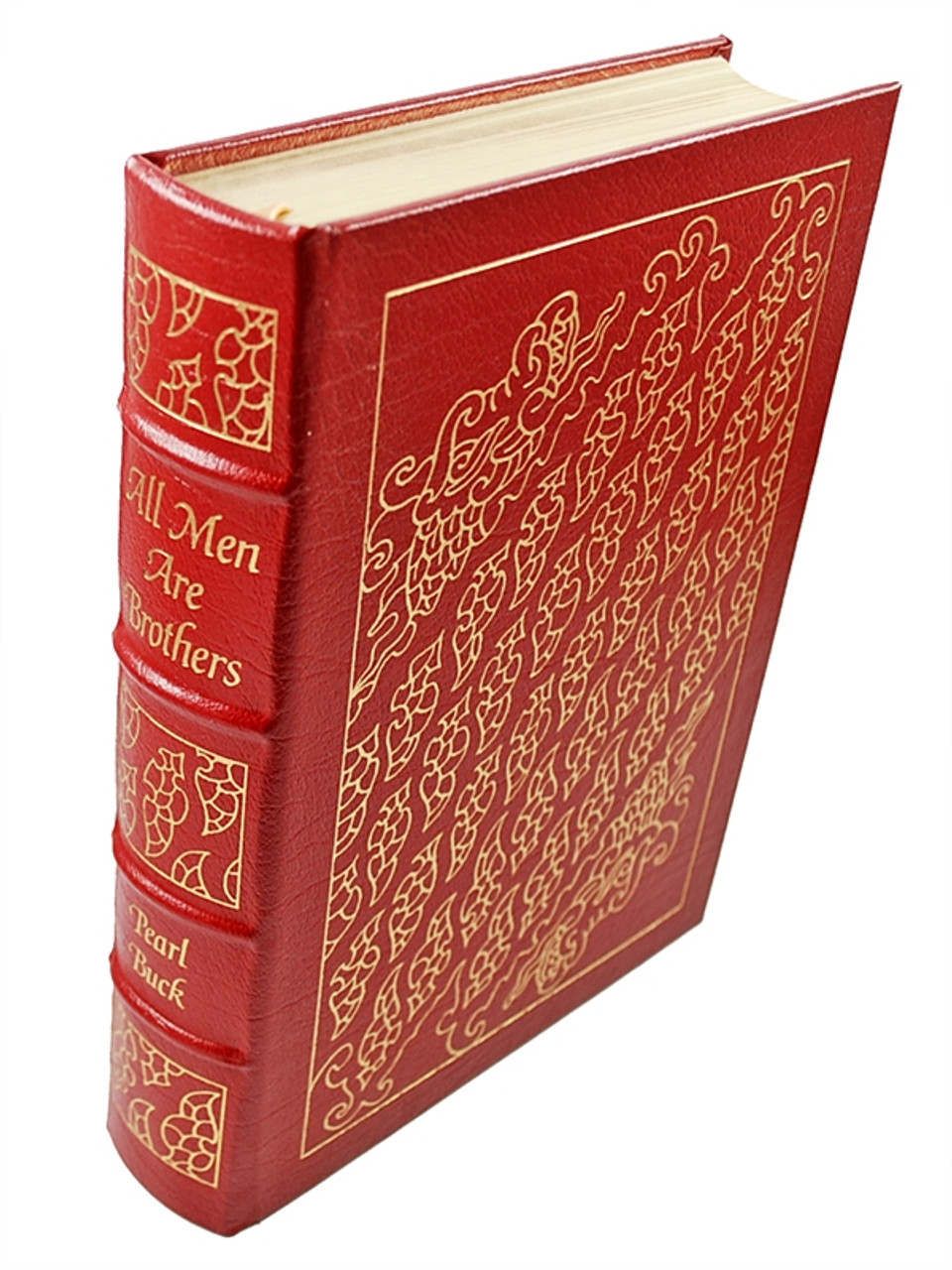 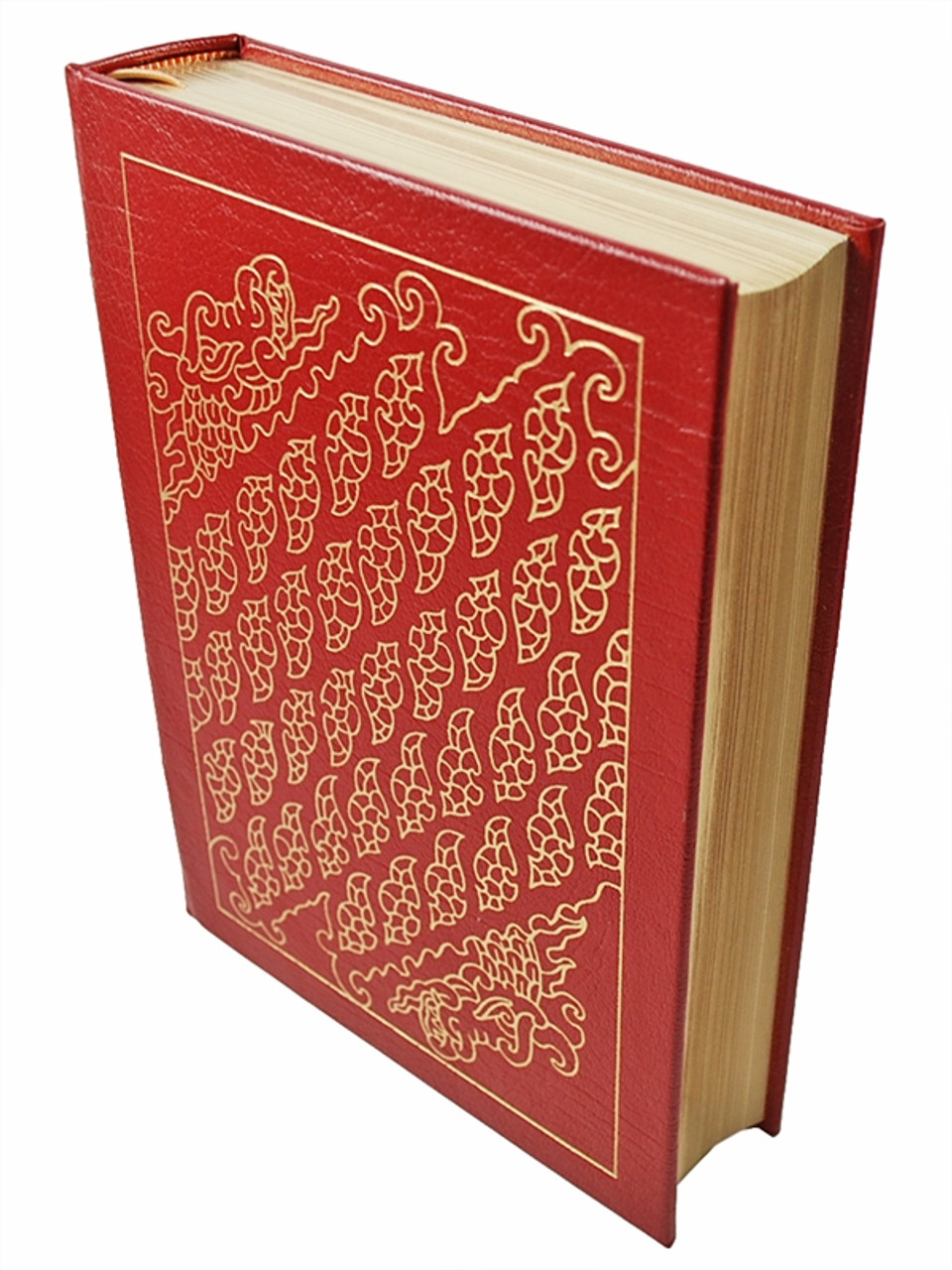 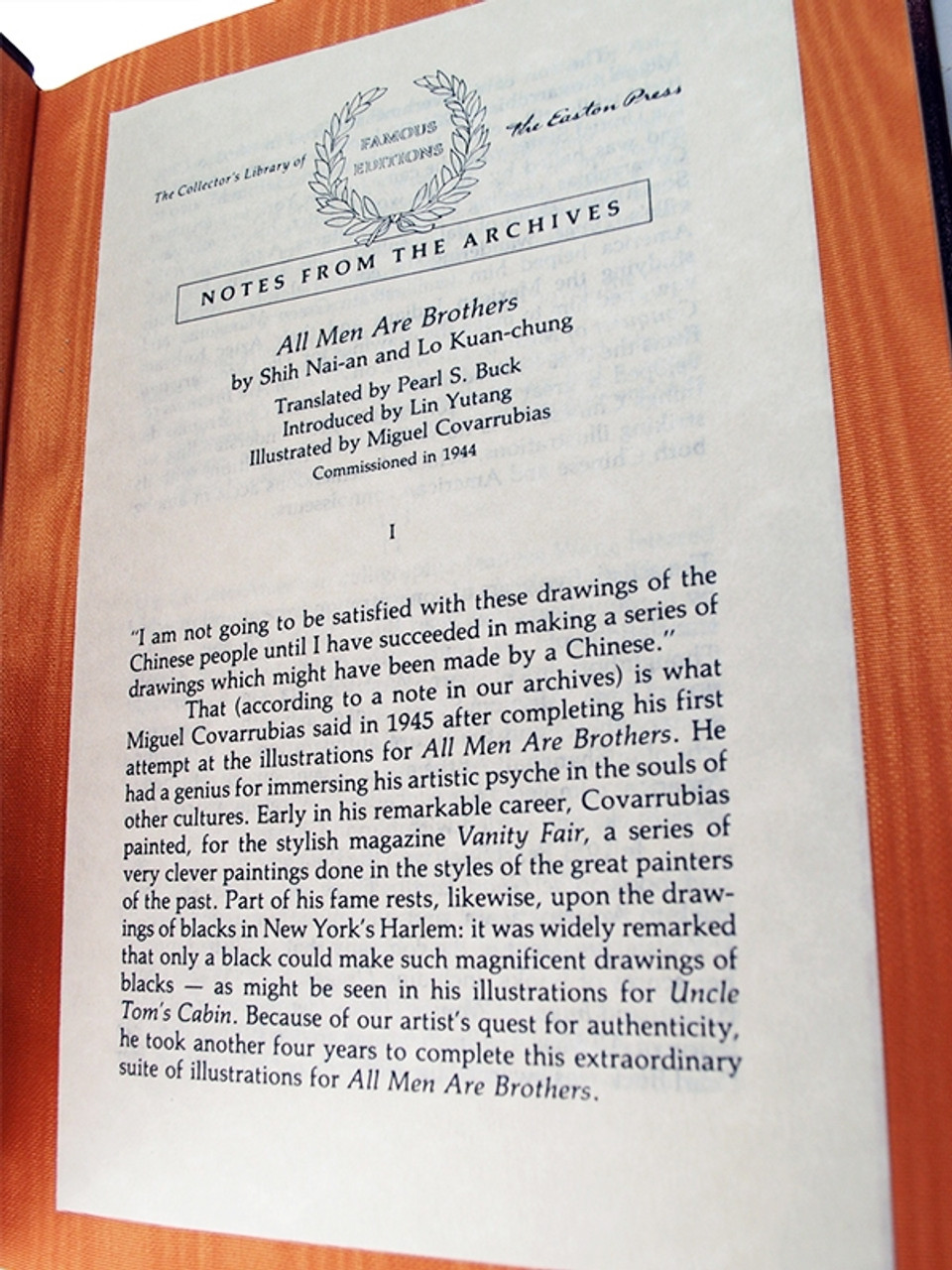 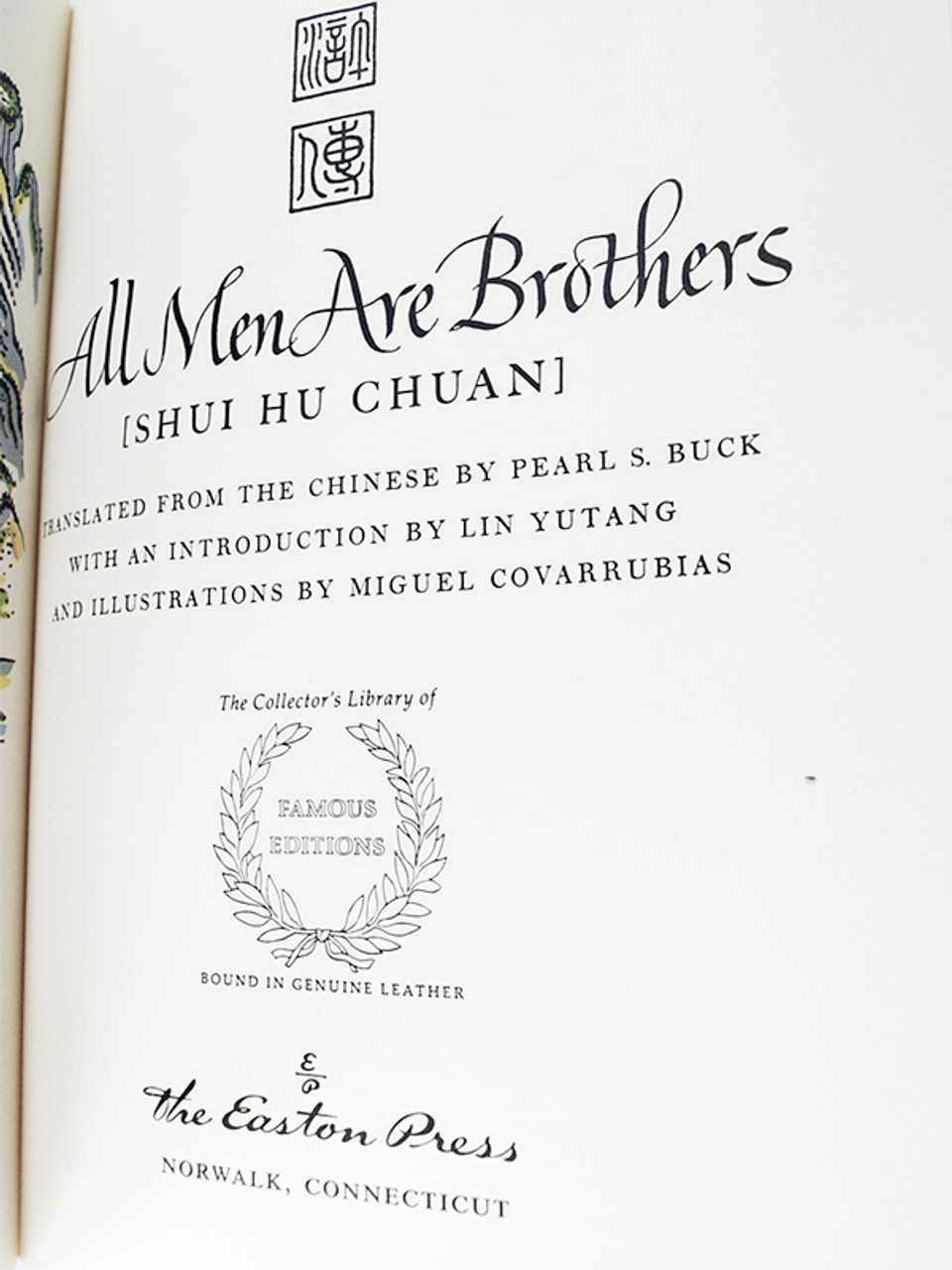 Limited Edition - Collector's Edition. A great unique gift for yourself or for a loved one.
Part of The Collector's Library of Famous Editions published by Easton Press. Beautifully illustrated and bound in full genuine leather. A rare collector's edition that is hard to find, especially in this very fine condition. Copyright 1976 First Edition.


Pearl S. Buck grew up in China, and lived there throughout her life. Her translation of the 14th century Chinese classic, All Men Are Brothers, in 1933, followed the publication of her Pulitzer prize winning, The Good Earth. In 1938, Buck was awarded the Nobel Prize for Literature.

Water Margin (also known as Outlaws of the Marsh, All Men Are Brothers, Men of the Marshes, or The Marshes of Mount Liang) is one of the Four Great Classical Novels of Chinese literature. Attributed to Shi Naian, the novel details the trials and tribulations of 108 outlaws during the Song Dynasty period of Chinese history.

The Water Margin has been translated into many languages. Pearl S. Buck was one of the first English translators of the 70-chapter version. Titled All Men are Brothers and published in 1933, the book was well-received by the American public. However, it was also heavily criticized for its errors and inaccuracies; an often cited example from this edition is Buck's mistranslation of Lu Zhishen's nickname "Flowery Monk" as "Priest Hua".

Of the later editions, Chinese-naturalized Jewish American scholar Sidney Shapiro's Outlaws of the Marsh (1980) is considered to be one of the best. However, as it was published during the Cultural Revolution, this edition received little attention then. Shapiro's translation is published by the Beijing Foreign Languages Press as a four-volume set later. It is a translation of a combination of both the 70-chapter and 100-chapter versions. The most recent translation, titled The Marshes Of Mount Liang, by Alex and John Dent-Young, is a five-volume translation of the 120-chapter version.

Very Fine. A wonderful bright clean copy free of any markings, writings, or stamps inside the book. See photos. Sharp corners that have not been bumped. Tight binding, most likely an unread book.

"With Malice Toward None" Leather Bound Collector's Edition

Abraham Lincoln is an outdoor bronze sculpture of Abraham Lincoln by Henry Kirke Brown, located at Union Square in Manhattan, New York. Cast in 1870 and dedicated on September 16 of that year, the...