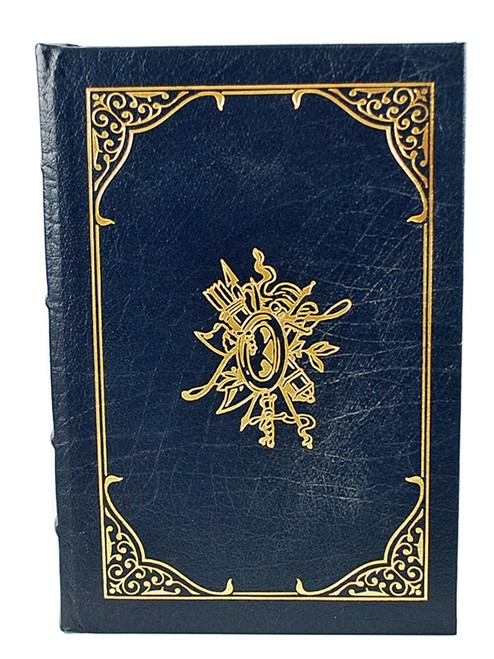 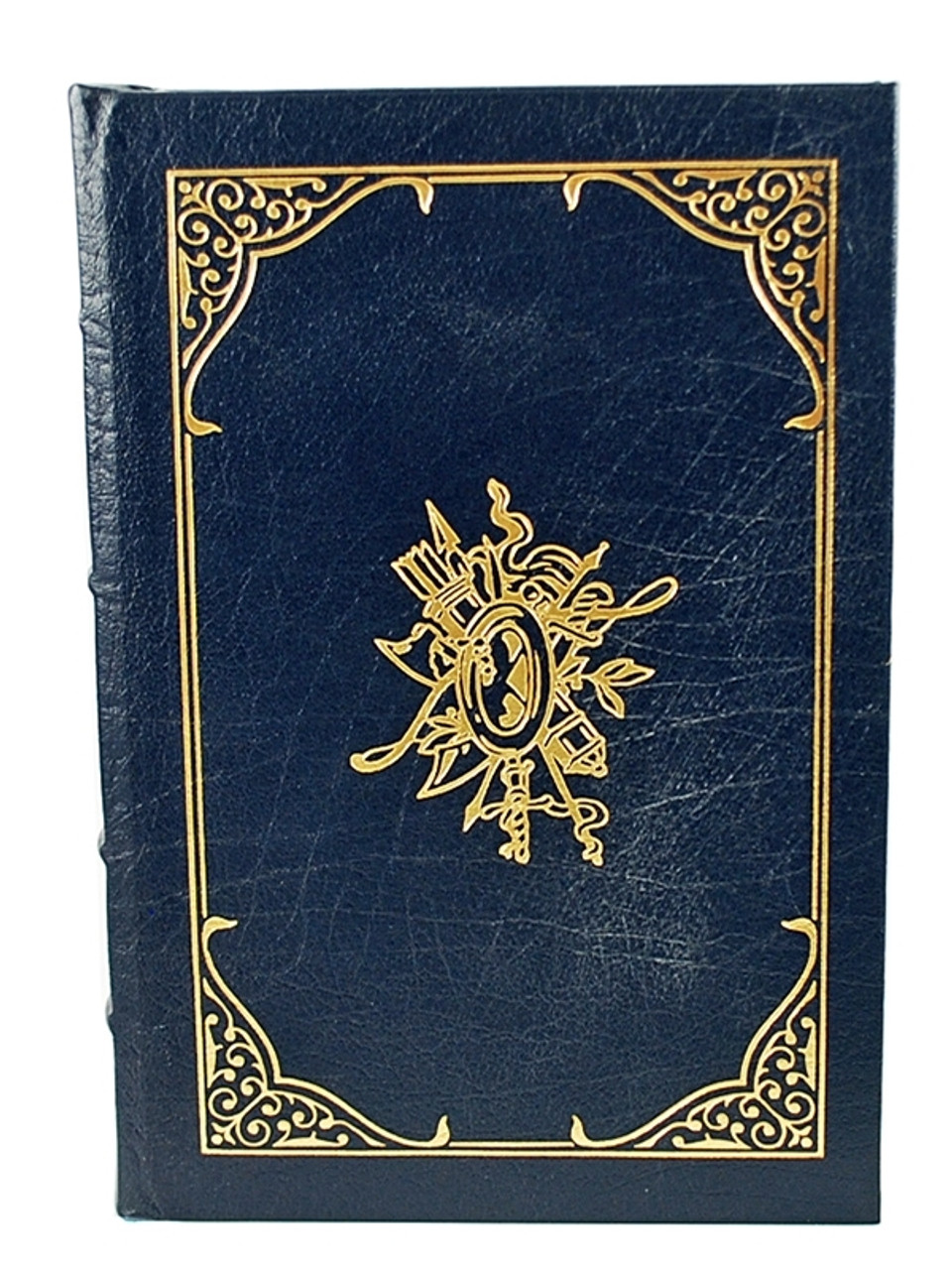 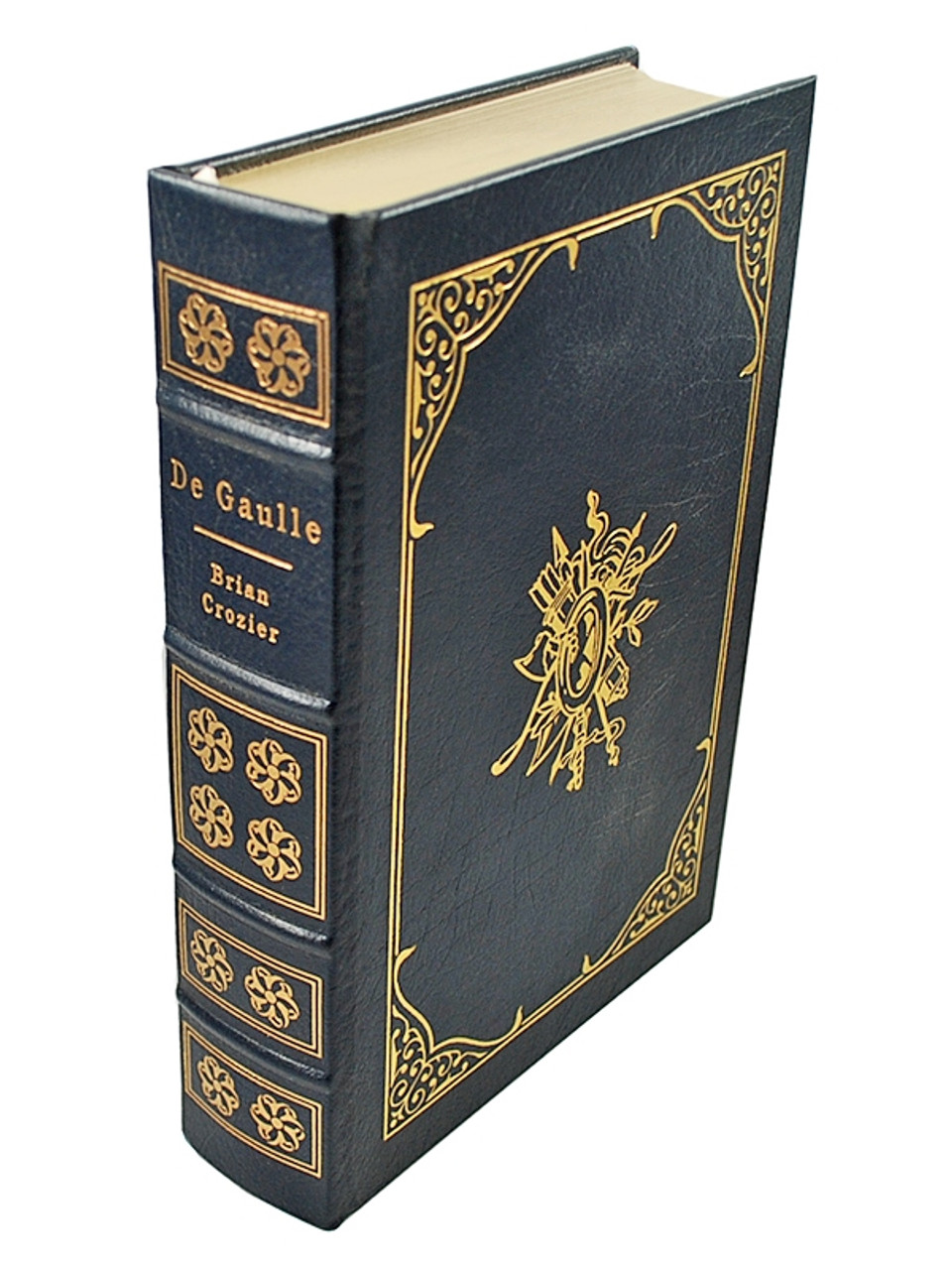 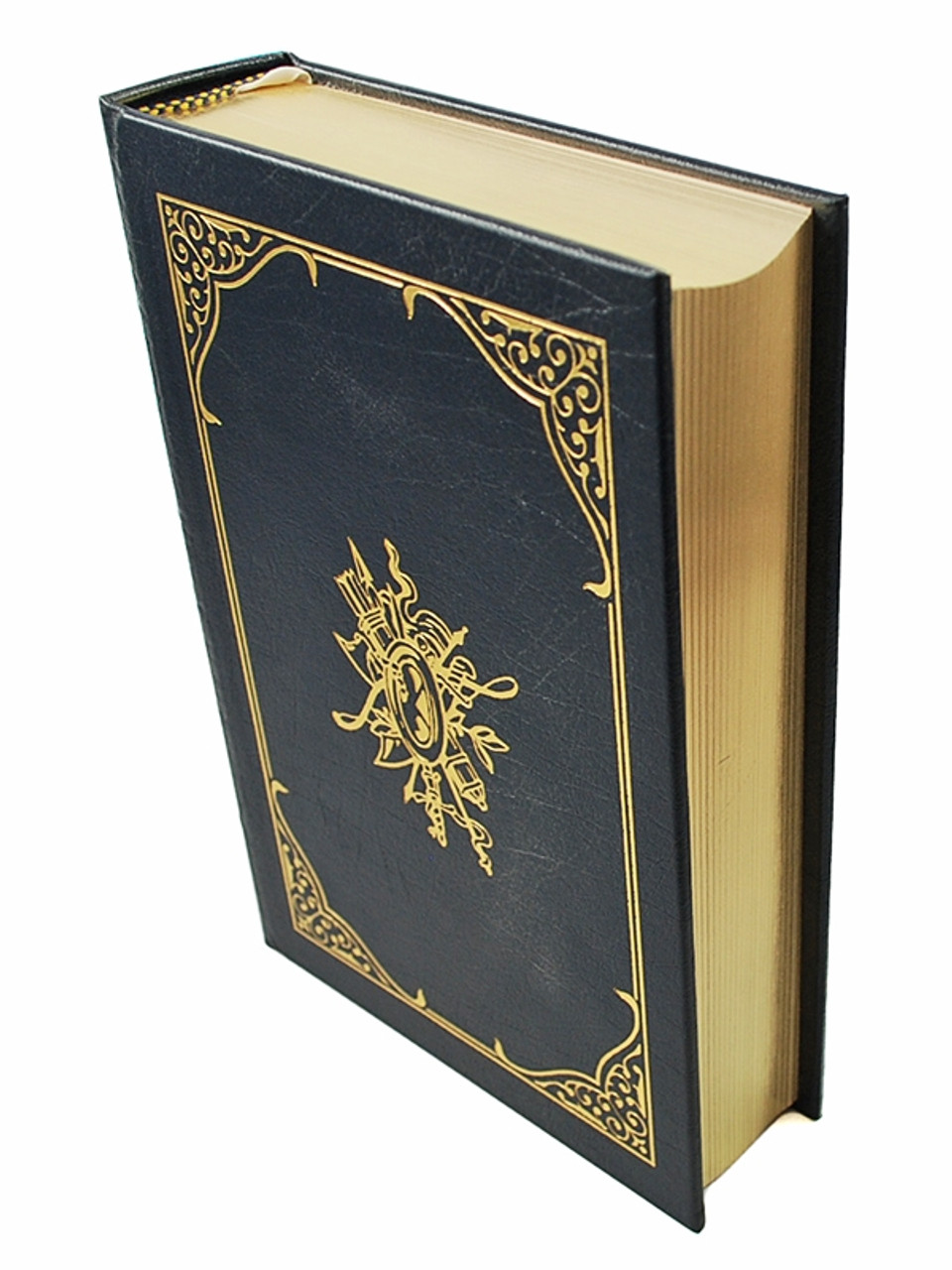 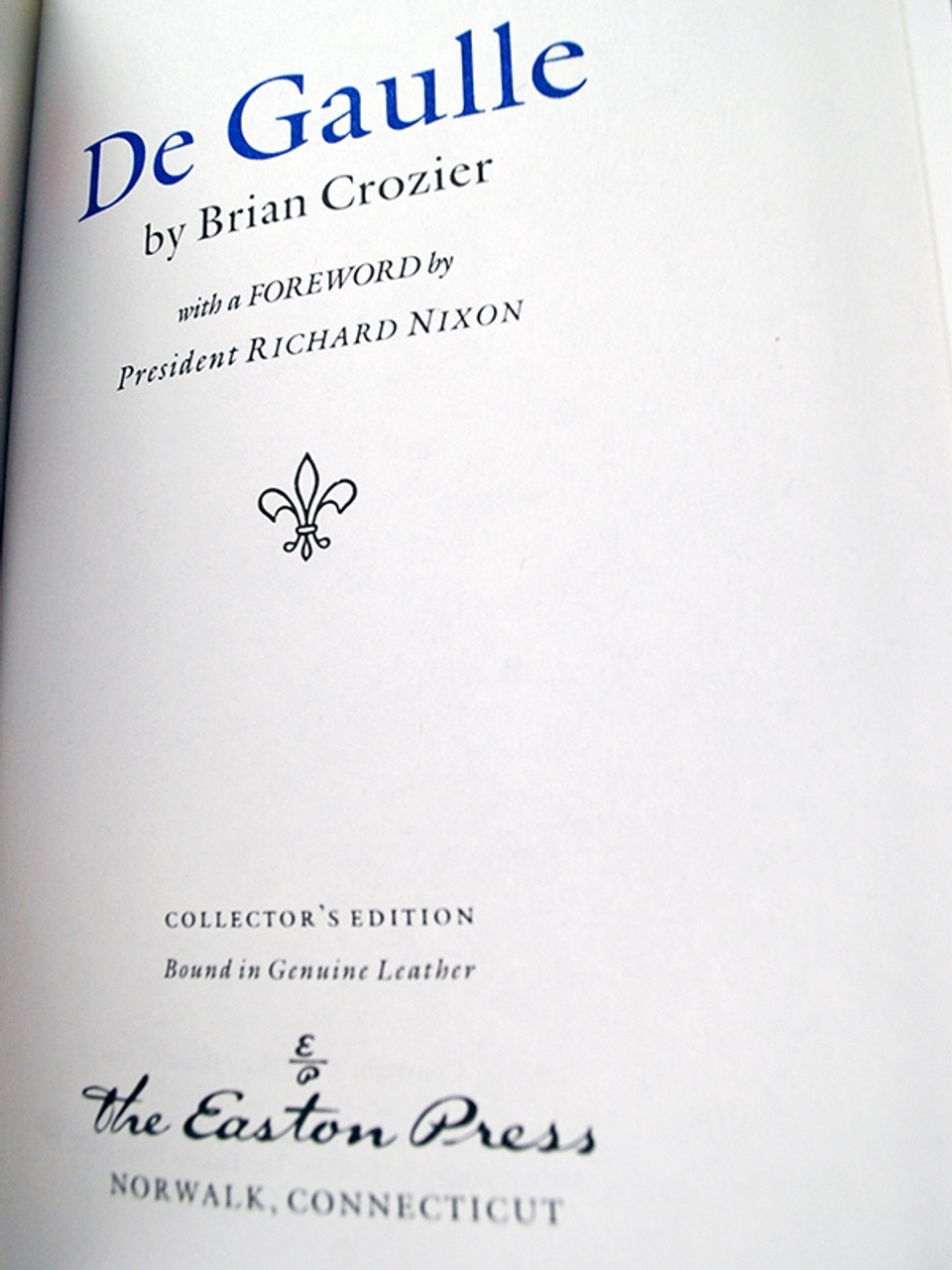 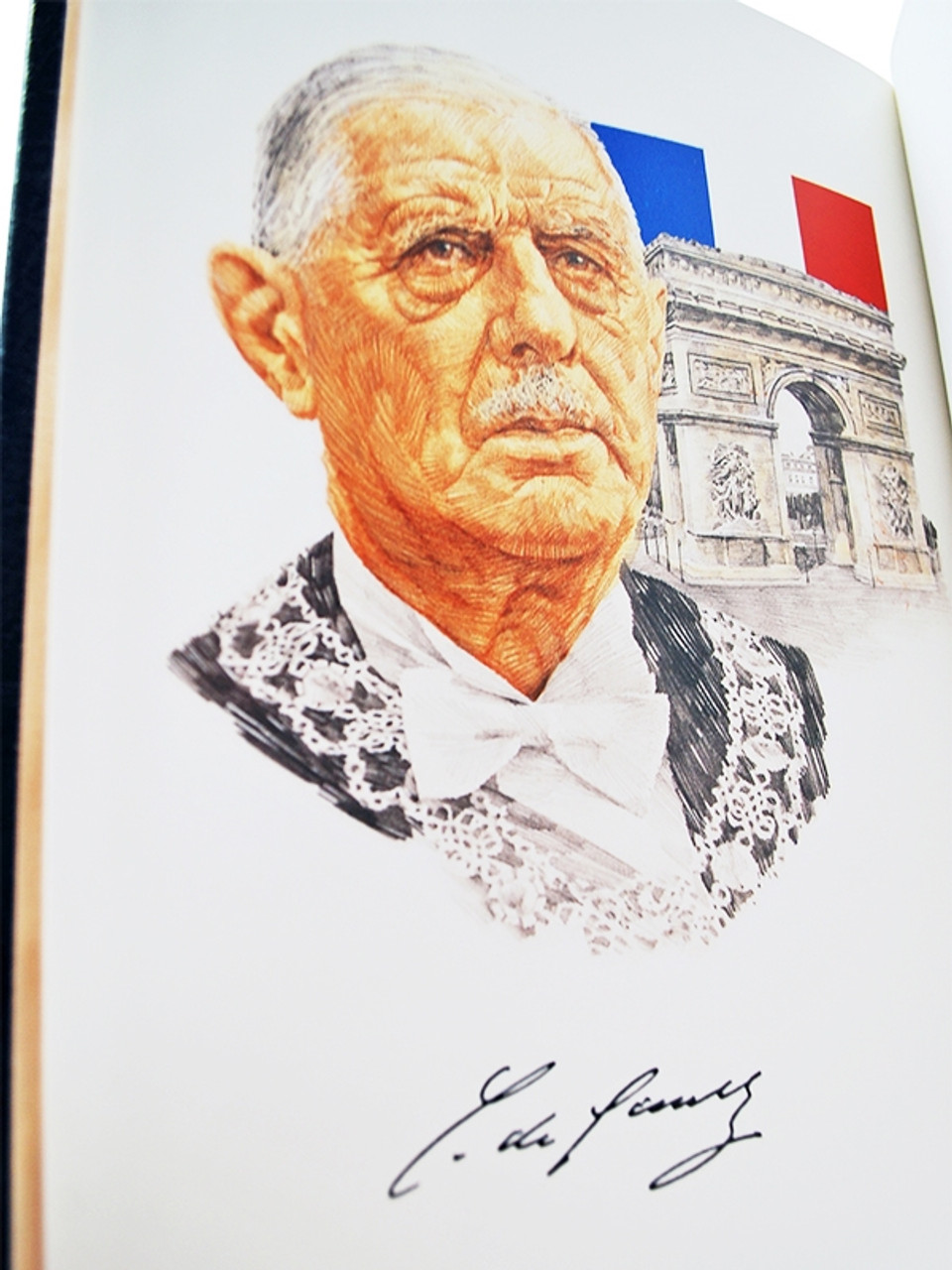 From the Easton Press Library Of Great Lives. "De Gaulle" by Brian Crozier. Bound in full leather with 22-karat gilt edges and embossing on the spine with satin ribbon page marker.

Charles André Joseph Marie de Gaulle (22 November 1890 – 9 November 1970) was a French general, resistant, writer and statesman. He was the leader of Free France (1940–44) and the head of the Provisional Government of the French Republic (1944–46). In 1958, he founded the Fifth Republic and was elected as the 18th President of France, until his resignation in 1969. He was the dominant figure of France during the Cold War era and his memory continues to influence French politics.

Born in Lille in a devout Catholic and patriotic family, he embraced a military career and graduated from Saint-Cyr in 1912. He was a decorated officer of the First World War and came to the fore in the Interwar period as a proponent of mobile armoured divisions. At the beginning of the Second World War, he led an armoured division that inflicted several reverses on the invading German army. Refusing to accept his government's armistice with Nazi Germany in 1940, de Gaulle exhorted the French population to resist occupation and to continue the fight against Axis powers in his Appeal of 18 June.

He led a government in exile and the Free French Forces against the Axis. Despite frosty relations with Britain and especially the United States, he emerged as the undisputed leader of the French resistance. He became Head of the Provisional Government of the Republic in June 1944, the interim government of France following the liberation of France.

Brian Rossiter Crozier (4 August 1918, in Kuridala, Shire of Cloncurry, Queensland - 4 August 2012) was a historian, strategist and journalist.
VERY FINE GUARANTEED A wonderful bright clean copy free of any markings, writings, or stamps. Sharp corners that are not bumped. Tight and square spine. Unread book. No attached bookplates or indication of any removed. Book Grading Definitions