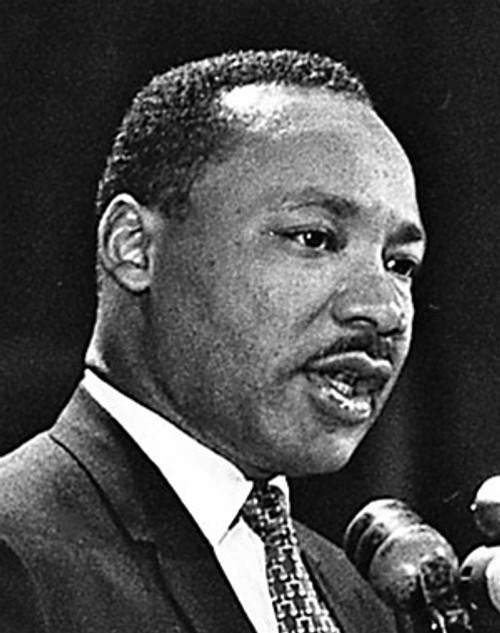 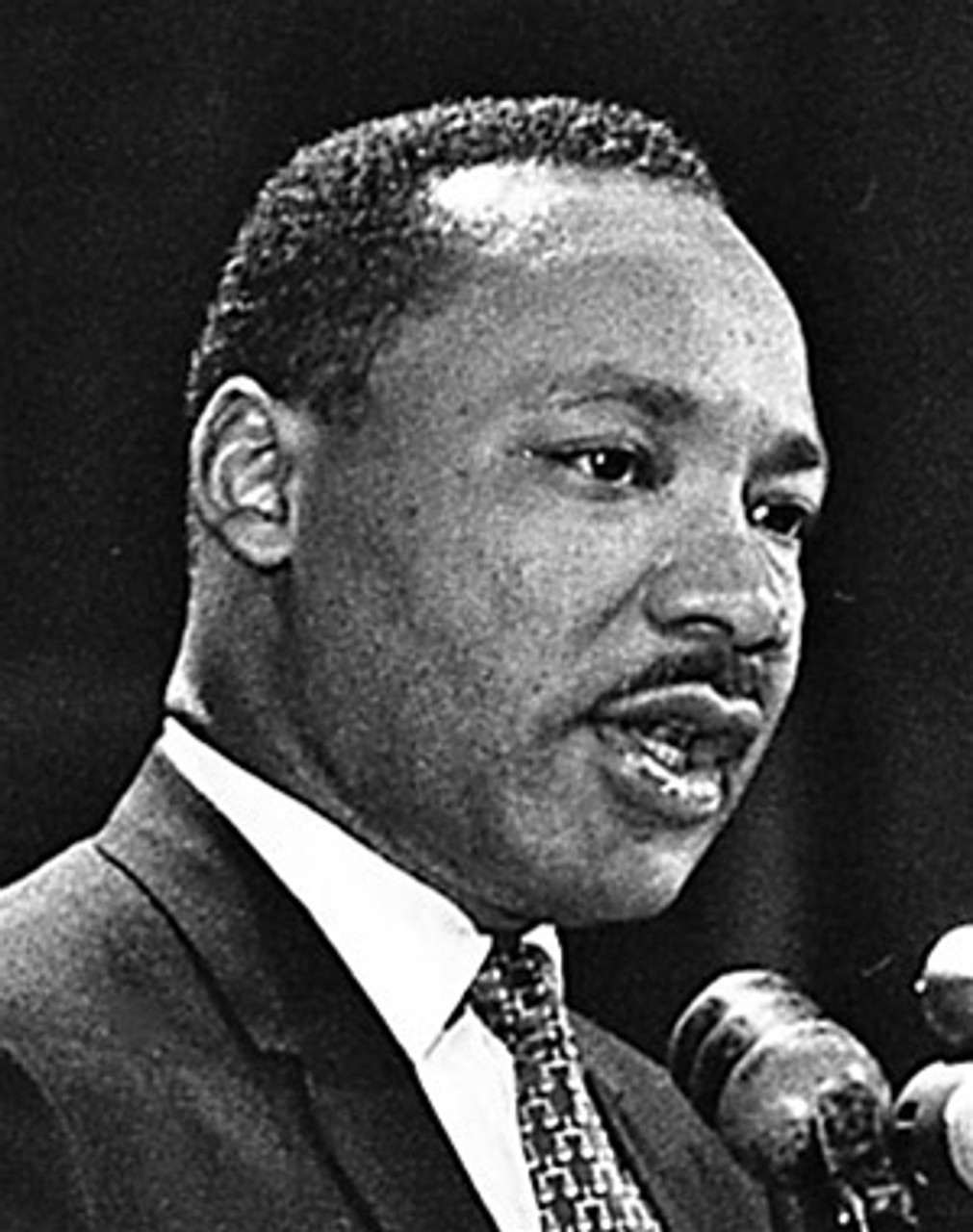 Part of the The Library of Great Lives collection by Easton Press. Beautifully bound in genuine leather. Martin Luther King, Jr. (January 15, 1929 - April 4, 1968), was an American clergyman, activist and prominent leader in the African-American civil rights movement. His main legacy was to secure progress on civil rights in the United States and he is frequently referenced as a human rights icon today. King is recognized as a martyr by two Christian churches.

A Baptist minister, King became a civil rights activist early in his career. He led the 1955 Montgomery Bus Boycott and helped found the Southern Christian Leadership Conference in 1957, serving as its first president. King's efforts led to the 1963 March on Washington, where King delivered his "I Have a Dream" speech. There, he raised public consciousness of the civil rights movement and established himself as one of the greatest orators in U.S. history.


In 1964, King became the youngest person to receive the Nobel Peace Prize for his work to end racial segregation and racial discrimination through civil disobedience and other non-violent means. By the time of his death in 1968, he had refocused his efforts on ending poverty and opposing the Vietnam War, both from a religious perspective. King was assassinated on April 4, 1968, in Memphis, Tennessee. He was posthumously awarded the Presidential Medal of Freedom in 1977 and Congressional Gold Medal in 2004; Martin Luther King, Jr. Day was established as a U.S. national holiday in 1986.

Growing up in Atlanta, King attended Booker T. Washington High School. He skipped ninth and twelfth grade, and entered Morehouse College at age fifteen without formally graduating from high school. In 1948, he graduated from Morehouse with a Bachelor of Arts degree in sociology,[8] and enrolled in Crozer Theological Seminary in Chester, Pennsylvania, from which he graduated with a Bachelor of Divinity degree in 1951. King then began doctoral studies in systematic theology at Boston University and received his Doctor of Philosophy on June 5, 1955. A 1980s inquiry concluded portions of his dissertation had been plagiarized and he had acted improperly but that his dissertation still "makes an intelligent contribution to scholarship."

King married Coretta Scott, on June 18, 1953, on the lawn of her parents' house in her hometown of Heiberger, Alabama. King and Scott had four children; Yolanda King, Martin Luther King III, Dexter Scott King, and Bernice King. King became pastor of the Dexter Avenue Baptist Church in Montgomery, Alabama when he was twenty-five years old in 1954.

A memorial to King has been planned for construction on the National Mall in Washington, D.C., by the Martin Luther King Jr. National Memorial Project Foundation. The Foundation hopes to begin construction of the memorial in 2009. In April 2009, the media reported that King's family had charged the Foundation $800,000 for the use of his words and image in fund-raising materials for the memorial.

Intellectual Properties Management Inc., an organization operated by King's family, has been charging the Foundation licensing and management fees since 2003. Cambridge University historian David Garrow, who won a Pulitzer Prize for his biography of King, said of King's family's behavior, "One would think any family would be so thrilled to have their forefather celebrated and memorialized in D.C. that it would never dawn on them to ask for a penny." He added that King would have been "absolutely scandalized by the profiteering behavior of his children." King's family responded that the money would be used to maintain the King Center in Atlanta where King and his wife are entombed.