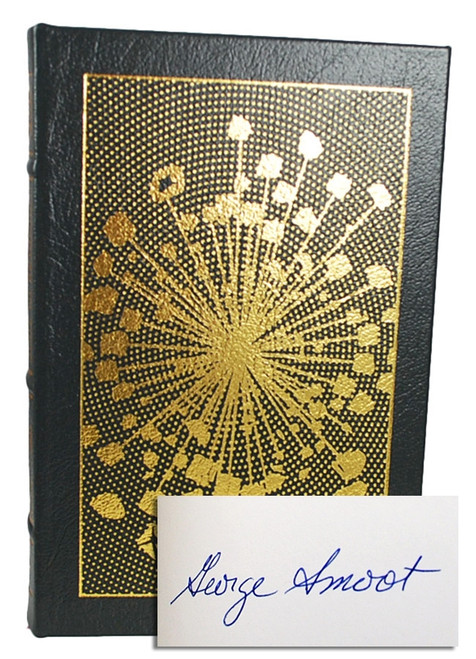 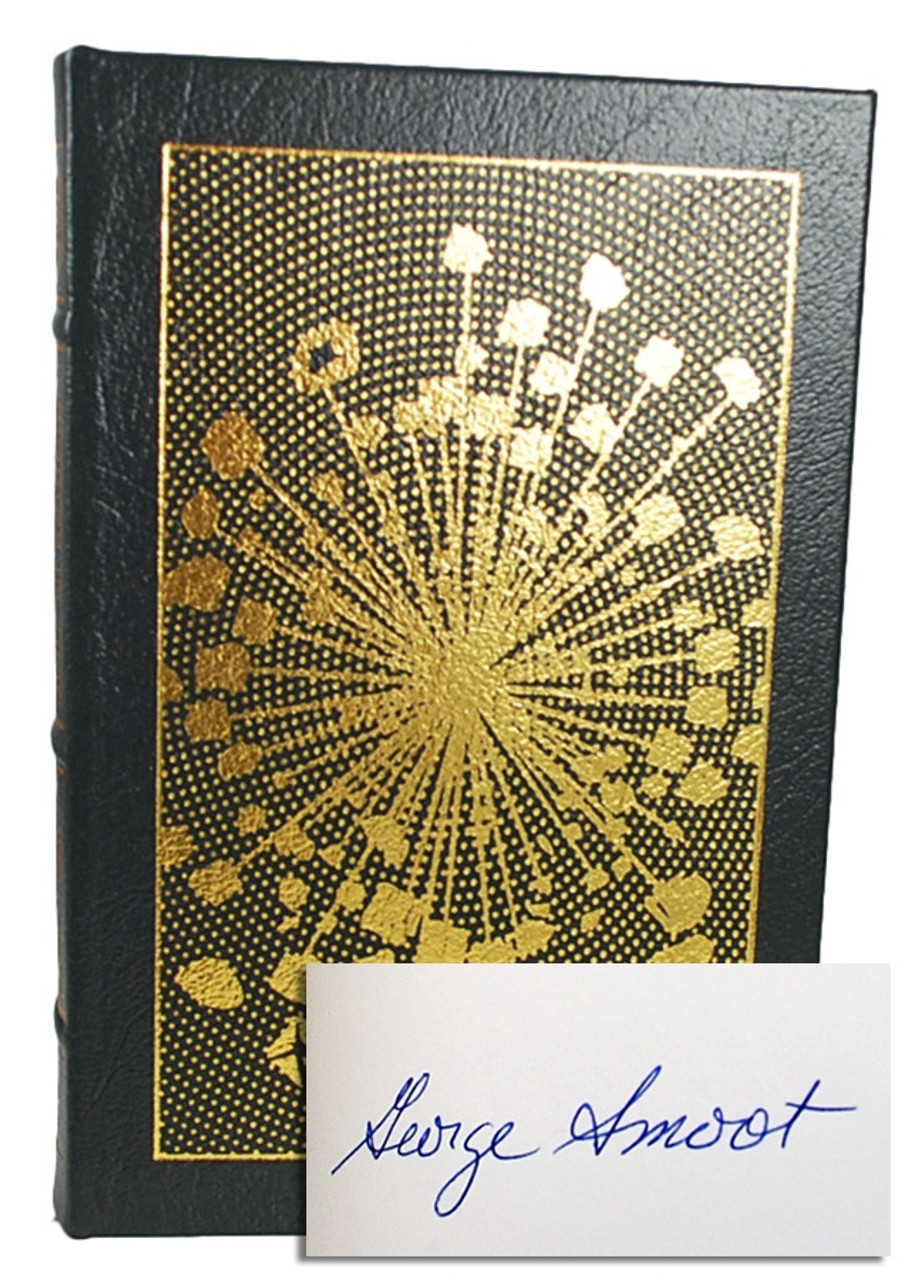 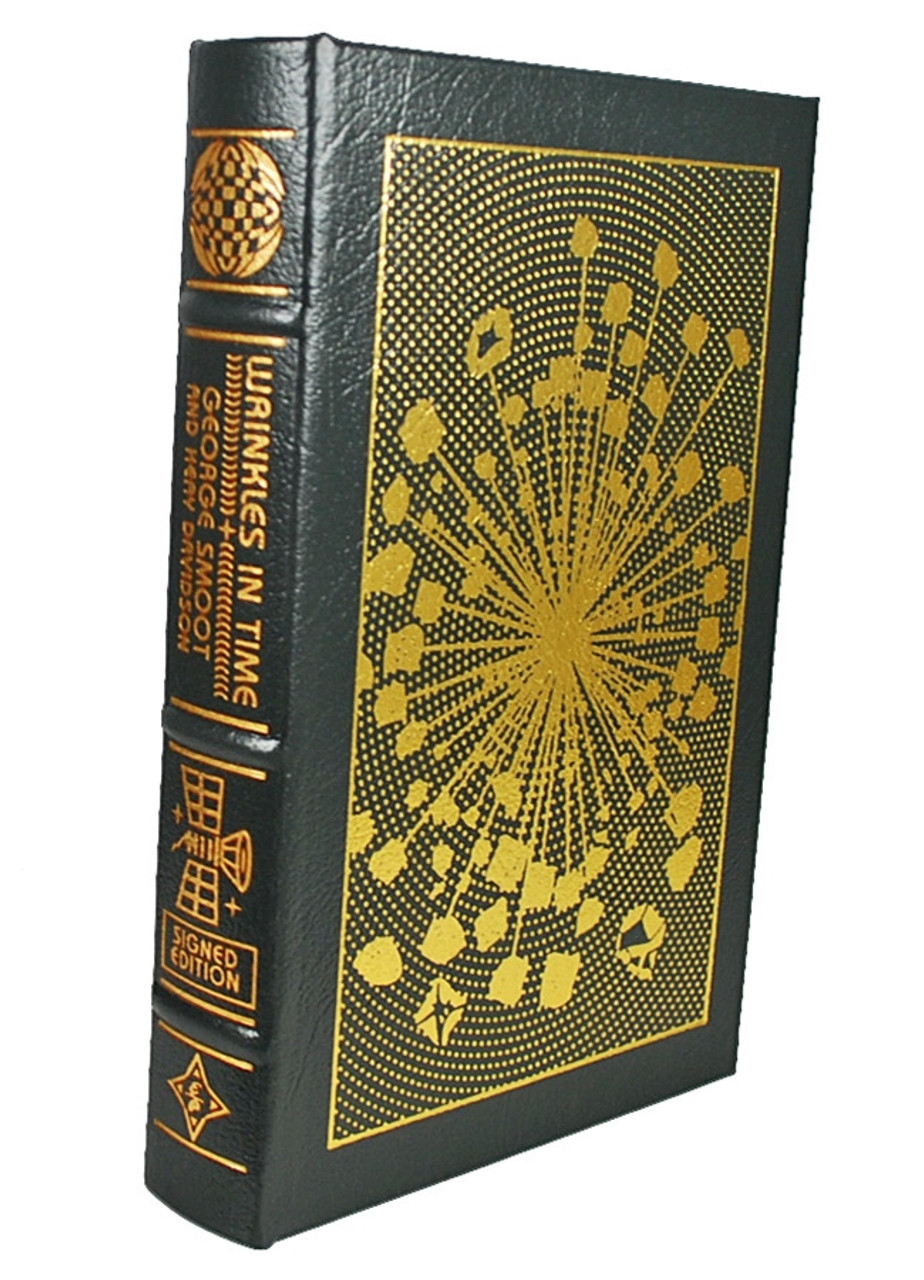 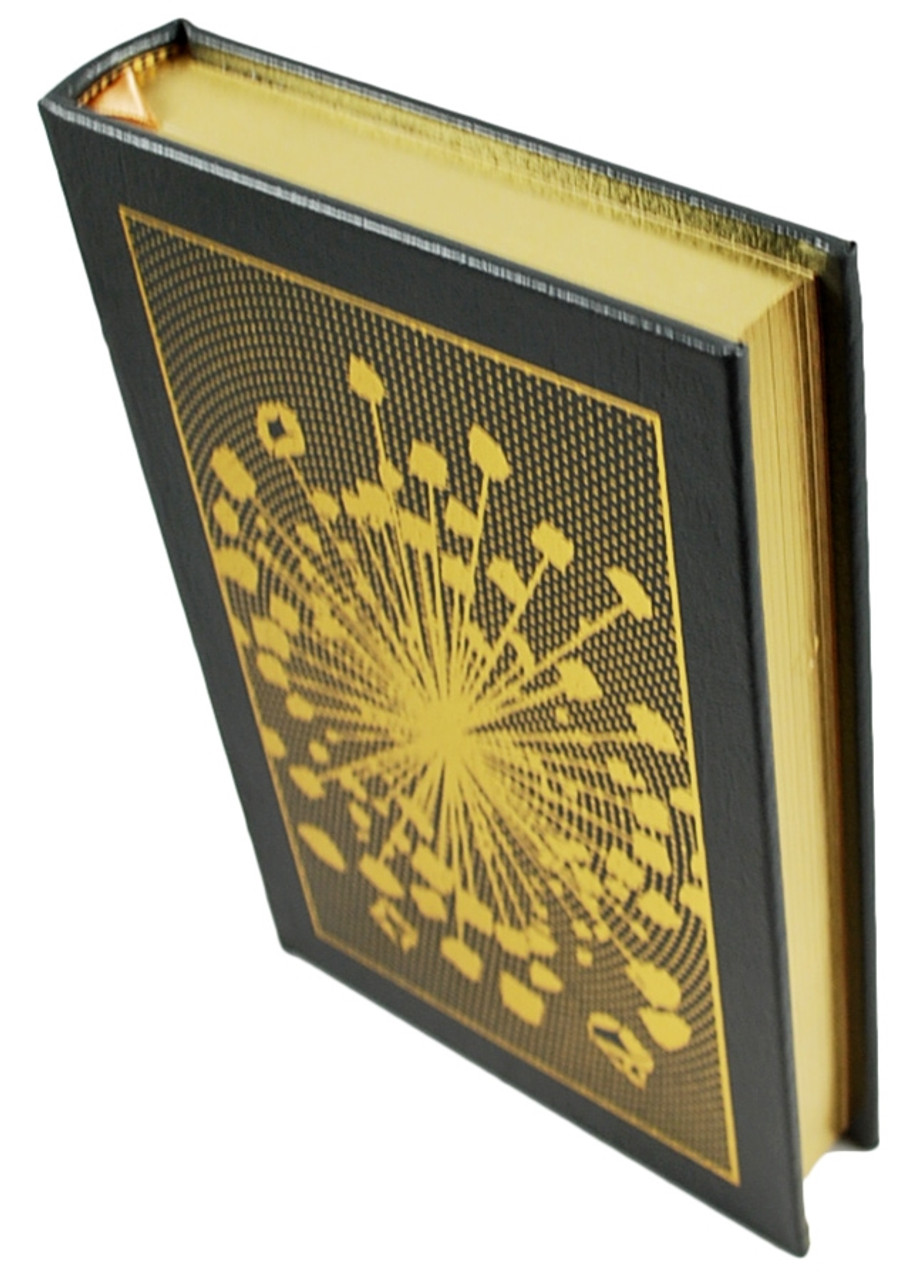 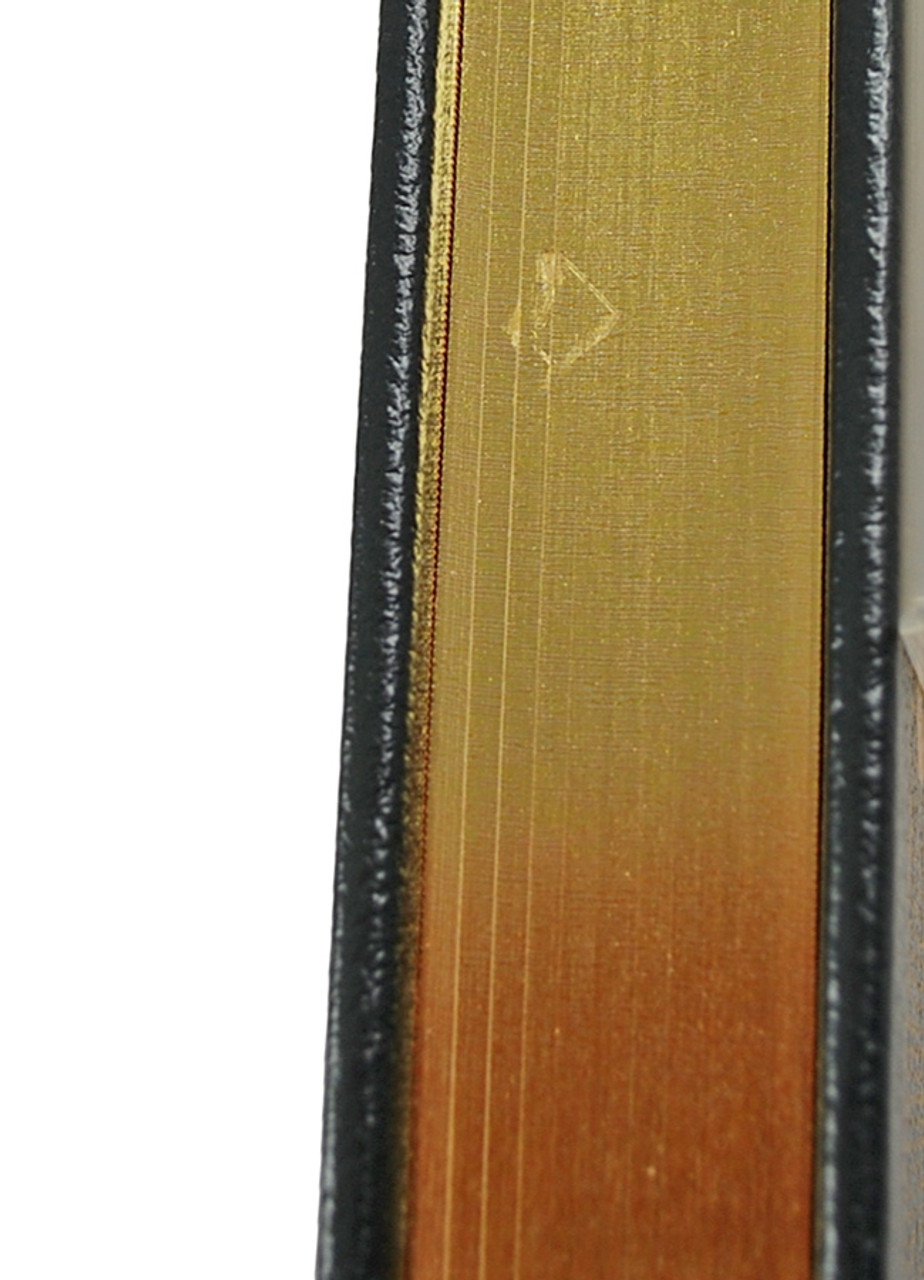 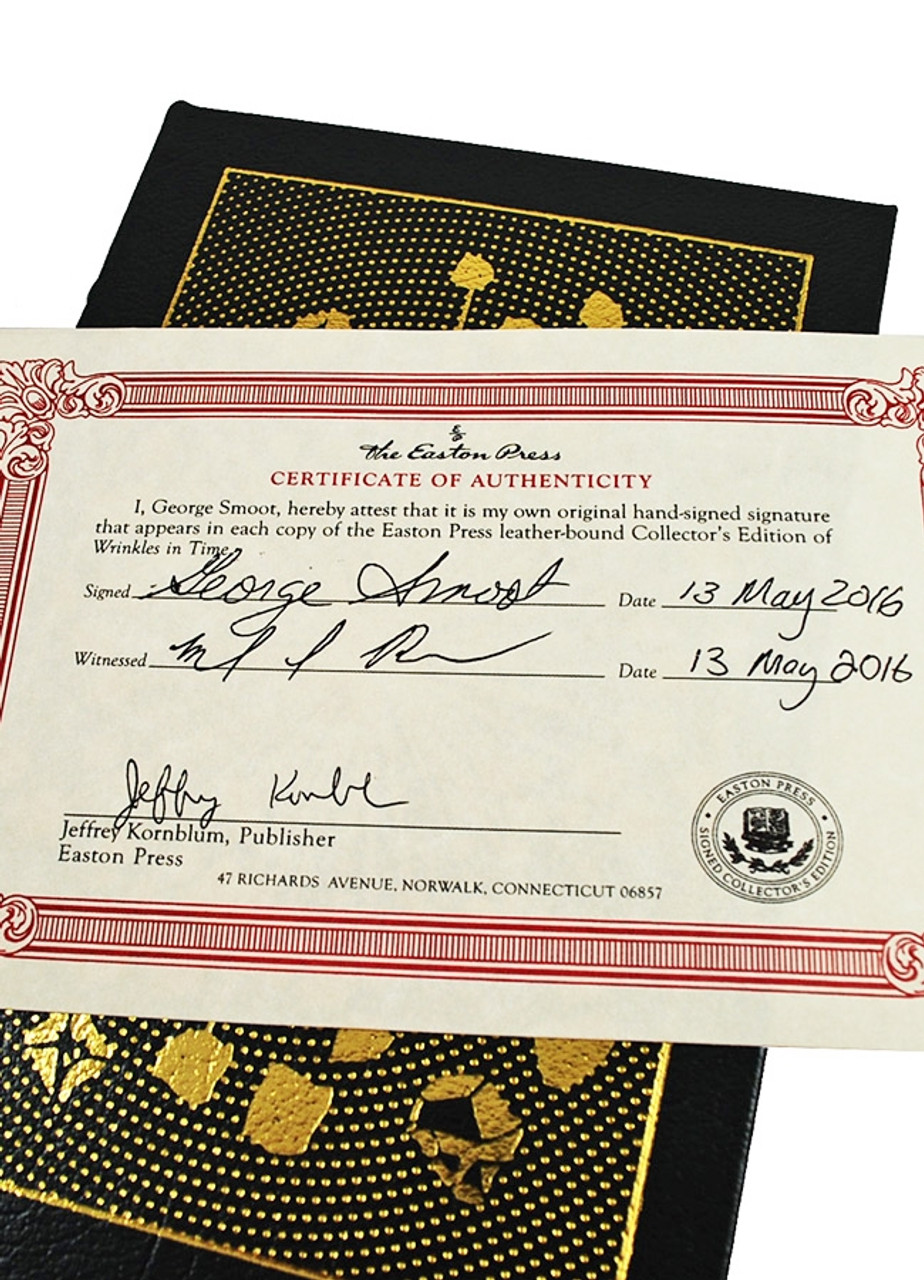 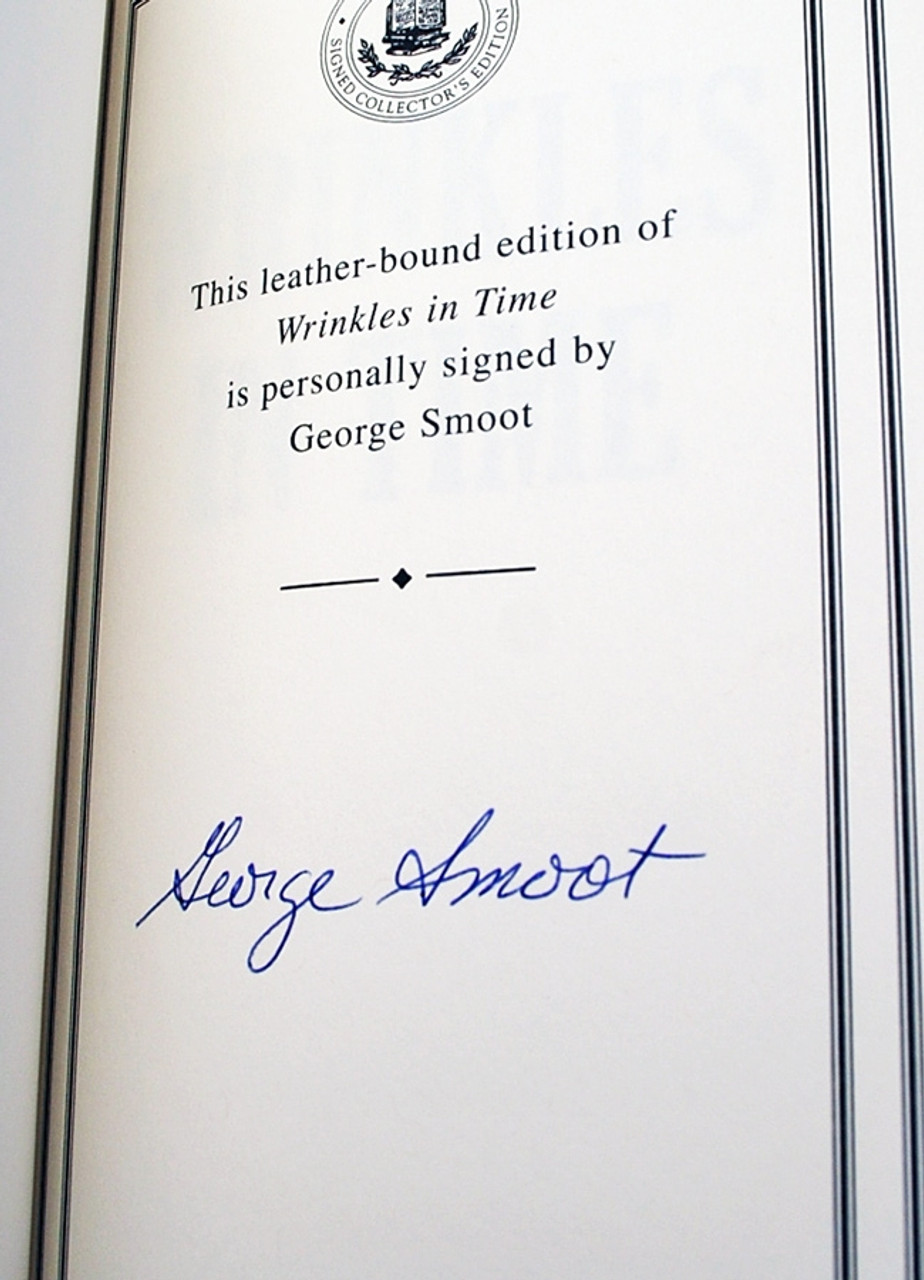 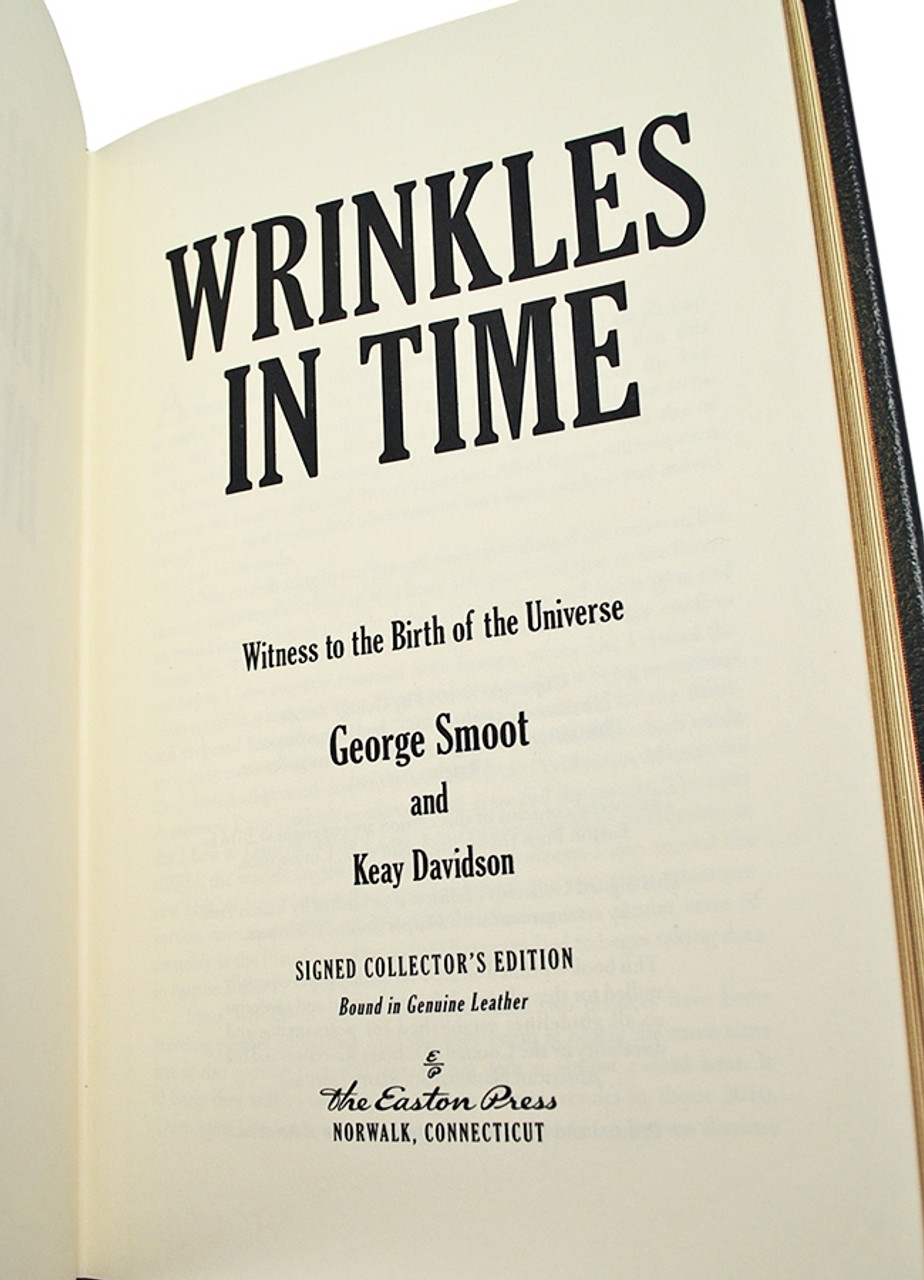 The Easton Press: Norwalk, CT 2016 George Smoot and Keay Davidson "Wrinkles In Time" Signed Collector's Edition. Luxuriously bound in full genuine leather with gilt decorated black leather. 203 pages. A beautiful edition for the collector. Includes original publisher issued COA that is signed and dated by the author along with a witness and the publisher.

Winner of the 2006 Nobel Prize in Physics, George Smoot has been an astrophysicist at Lawrence Berkeley National Laboratory since 1974 and has been a physics professor at University of California–Berkeley since 1994. He lives in Berkeley, California.


Behold the Handwriting of God

Astrophysicist and adventurer George Smoot spent twenty years pursuing the "holy grail of science" -- a relentless hunt that led him from the rain forests of Brazil to the frozen wastes of Antarctica. For decades he persevered -- struggling against time, the elements, the forces of ignorance and bureaucratic insanity. And finally, on April 23, 1992, he made a startling announcement that would usher in a new scientific age. For George Smoot and his dedicated team of Berkeley researchers had proven the unprovable -- uncovering, inarguably and for all time, the secrets of the creation of the Universe.

From Publishers Weekly This remarkably captivating work of cosmology recounts Berkeley astrophysicist Smoot's efforts to uncover the origins of the universe.

In April 1992 a scientific team led by Berkeley astrophysicist Smoot analyzed data gathered by NASA's COBE (Cosmic Background Explorer) satellite and discovered the oldest known objects in the universe--so called "wrinkles" in time--thus finding a long-anticipated missing piece in the Big Bang cosmological model. The story of Smoot's breakthrough, though, began some 20 years ago. Along the way, he experienced numerous setbacks, frustrations, and dramatic moments. Some of the team's adventures include searching for a lost hot-air balloon in the Badlands of South Dakota, conducting upper-atmosphere tests from U-2 spy planes based in Peru, and gathering data from a scientific research station at the South Pole. While the book starts slowly, it steadily gathers momentum as Smoot recounts the events of his career, the colorful people with whom he has worked, and his personal thoughts leading up to the triumphant discovery. This readable and genuinely exciting piece of popular science writing is recommended for all libraries. - Gregg Sapp, Montana State Univ. Libs., Bozeman Copyright 1993 Reed Business Information, Inc. --This text refers to an out of print or unavailable edition of this title.

Renowned experimental astrophysicist Smoot's exceptionally cogent book clears up many commonly held misconceptions about the big bang theory and renders such obscure images as wrinkles in time, or cosmic "seeds," comprehensible. This volume is of particular value for its elucidation of post-Einsteinian thought. Einstein's inability to conceive of a nonstatic universe drove his theories into a cul-de-sac, but once others accepted the notion of inflation, or expansion, of the universe, scientists were free to explore the complex motions that shape the cosmos, especially the gravitational influence of dark matter. In pursuit of proof of these revelations, Smoot sent differential microwave radiometers aloft with high-altitude balloons and aboard a reconnaissance plane and, finally, into space by a satellite. He not only confirmed the existence of the cosmic "seeds" that generate stars and planets but also collected some startling data about our galaxy. Apparently, we're being dragged toward a "great, unseen, previously unsuspected supercluster" at the seemingly impossible speed of 600 kilometers a second. Well, it's quite a ride, at least in our imagination, and Smoot is one fine tour guide. Donna Seaman --This text refers to an out of print or unavailable edition of this title.

Unread book in Very near Fine condition with only a small mark to one area of the gilded page edge as shown. Sharp corners that are not bumped and free of any other marks, writings or stamps. No bookplates attached or indication of any removed.

Includes a bonus book, a sealed hardbound copy of "Bradbury, An Illustrated Life," signed by Jerry Weist. Personally signed by Ray Bradbury and Jerry Weist directly onto the limitation page...