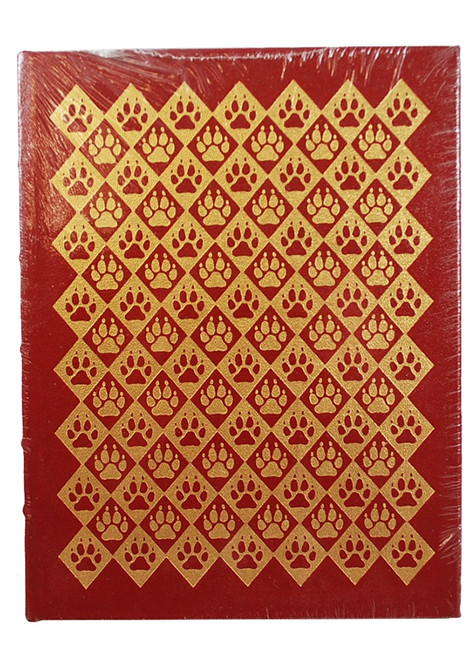 
Easton Press, Norwalk, CT. Jack London "The Call Of The Wild" Limited Edition - Collector's Edition. A great unique gift for yourself or for someone else. Beautifully illustrated and bound in full genuine leather. Great Books of the 20th Century.


The Call of the Wild is a short adventure novel by Jack London published in 1903 and set in Yukon, Canada during the 1890s Klondike Gold Rush, when strong sled dogs were in high demand. The central character of the novel is a dog named Buck. The story opens at a ranch in Santa Clara Valley, California, when Buck is stolen from his home and sold into service as a sled dog in Alaska. He becomes progressively feral in the harsh environment, where he is forced to fight to survive and dominate other dogs. By the end, he sheds the veneer of civilization, and relies on primordial instinct and learned experience to emerge as a leader in the wild.

London spent almost a year in the Yukon collecting material for the book. The story was serialized in the Saturday Evening Post in the summer of 1903 and was published a month later in book form. The book’s great popularity and success made a reputation for London. As early as 1923, the story was adapted to film, and it has since seen several more cinematic adaptations.

Condition
Very Fine (Sealed). The condition is of the highest quality. A wonderful bright clean copy. Free of markings, writings, or stamps. No attached bookplates or indication of any removed. Unread. Not even a single scratch on the gilded page edges. Includes unattached Ex-Libris bookplate for your own personalization.

John Griffith "Jack" London (born John Griffith Chaney, January 12, 1876 - November 22, 1916) was an American author, journalist, and social activist. He was a pioneer in the then-burgeoning world of commercial magazine fiction and was one of the first fiction writers to obtain worldwide celebrity and a large fortune from his fiction alone. He is best remembered as the author of The Call of the Wild and White Fang, both set in the Klondike Gold Rush, as well as the short stories "To Build a Fire ", "An Odyssey of the North", and "Love of Life". He also wrote of the South Pacific in such stories as "The Pearls of Parlay" and "The Heathen", and of the San Francisco Bay area in The Sea Wolf .

London was a passionate advocate of unionization, socialism, and the rights of workers and wrote several powerful works dealing with these topics such as his dystopian novel The Iron Heel , his non-fiction expos� The People of the Abyss , and The War of the Classes.

Very Fine (Sealed). The condition is of the highest quality. A wonderful bright clean copy. Free of markings, writings, or stamps. No attached bookplates or indication of any removed. Unread. Not even a single scratch on the gilded page edges.