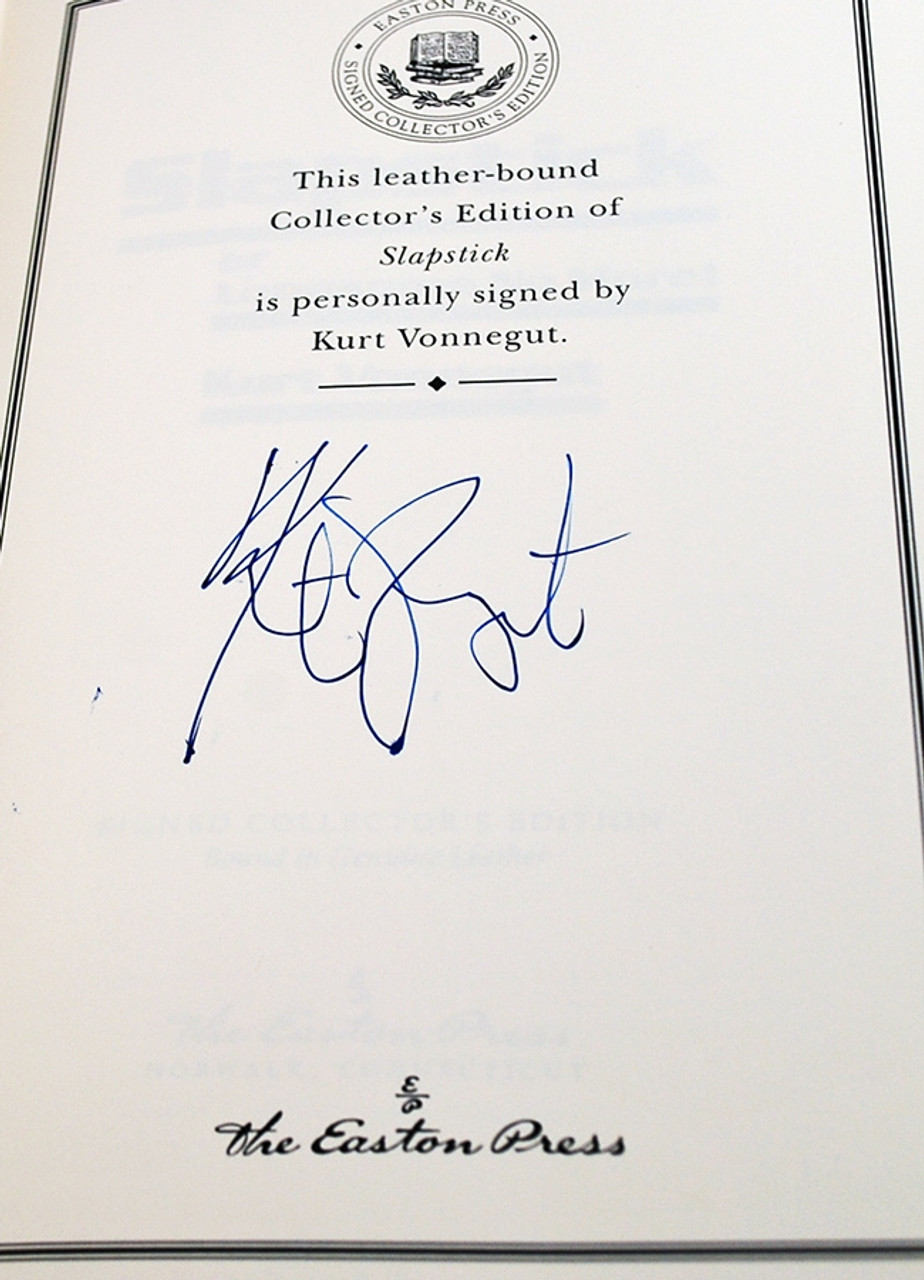 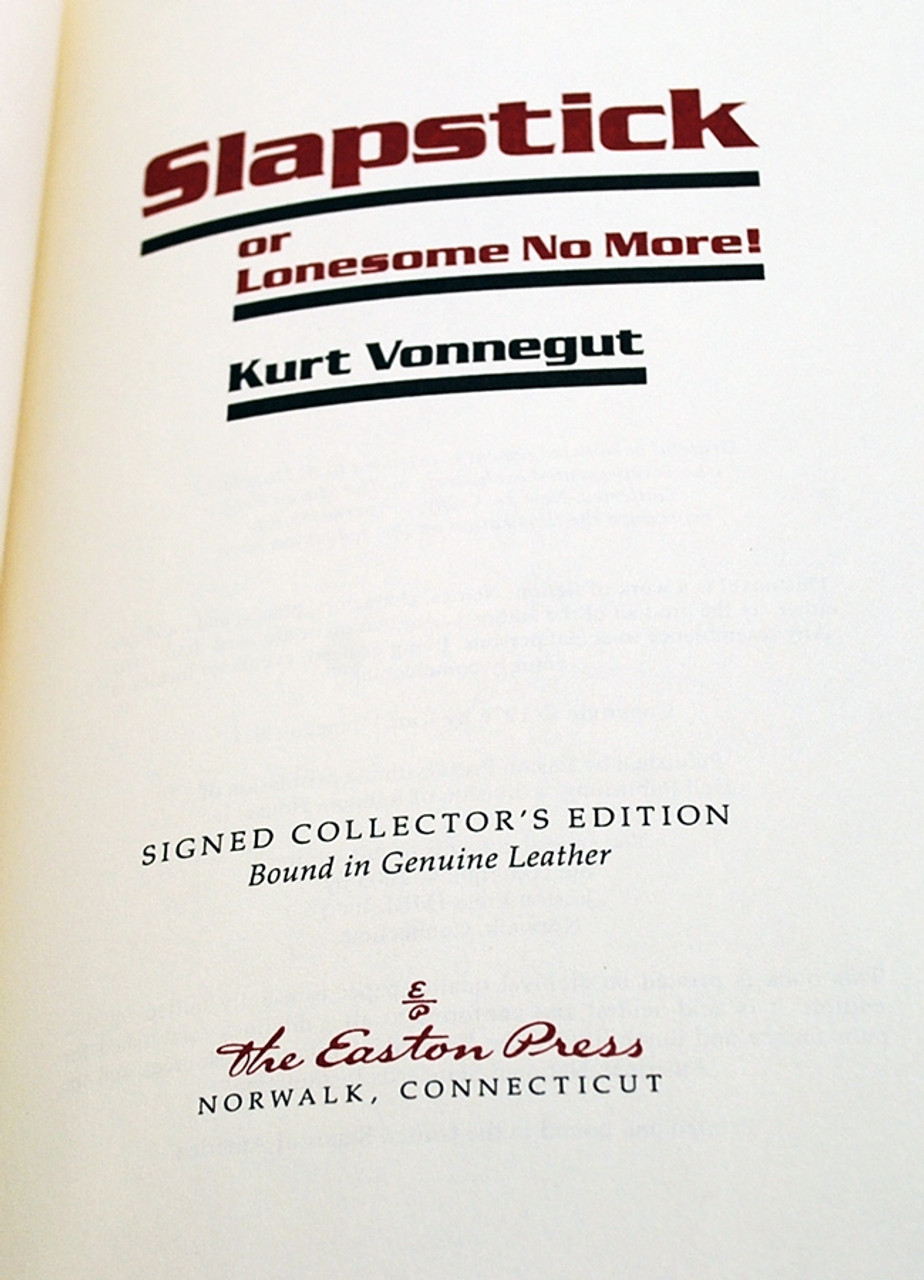 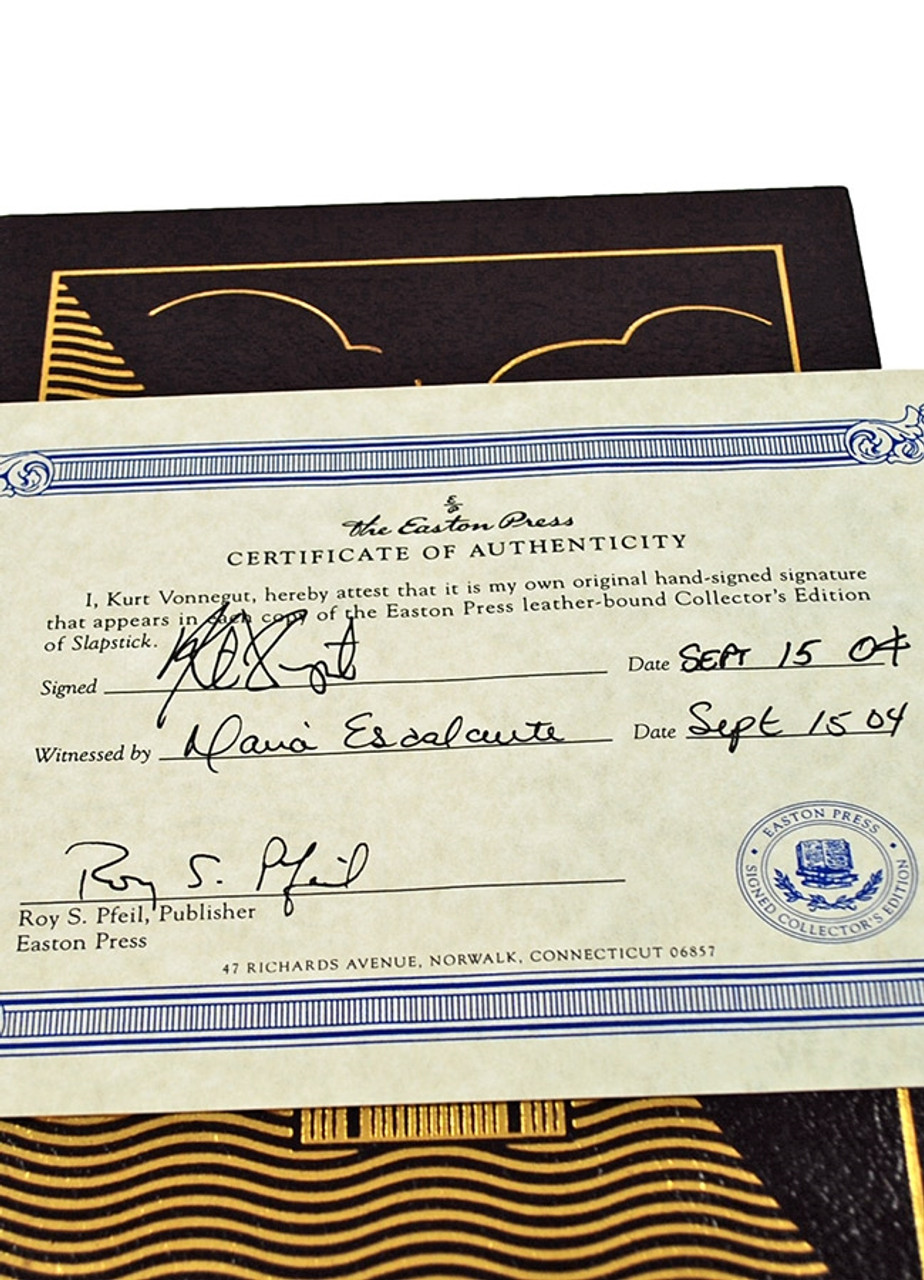 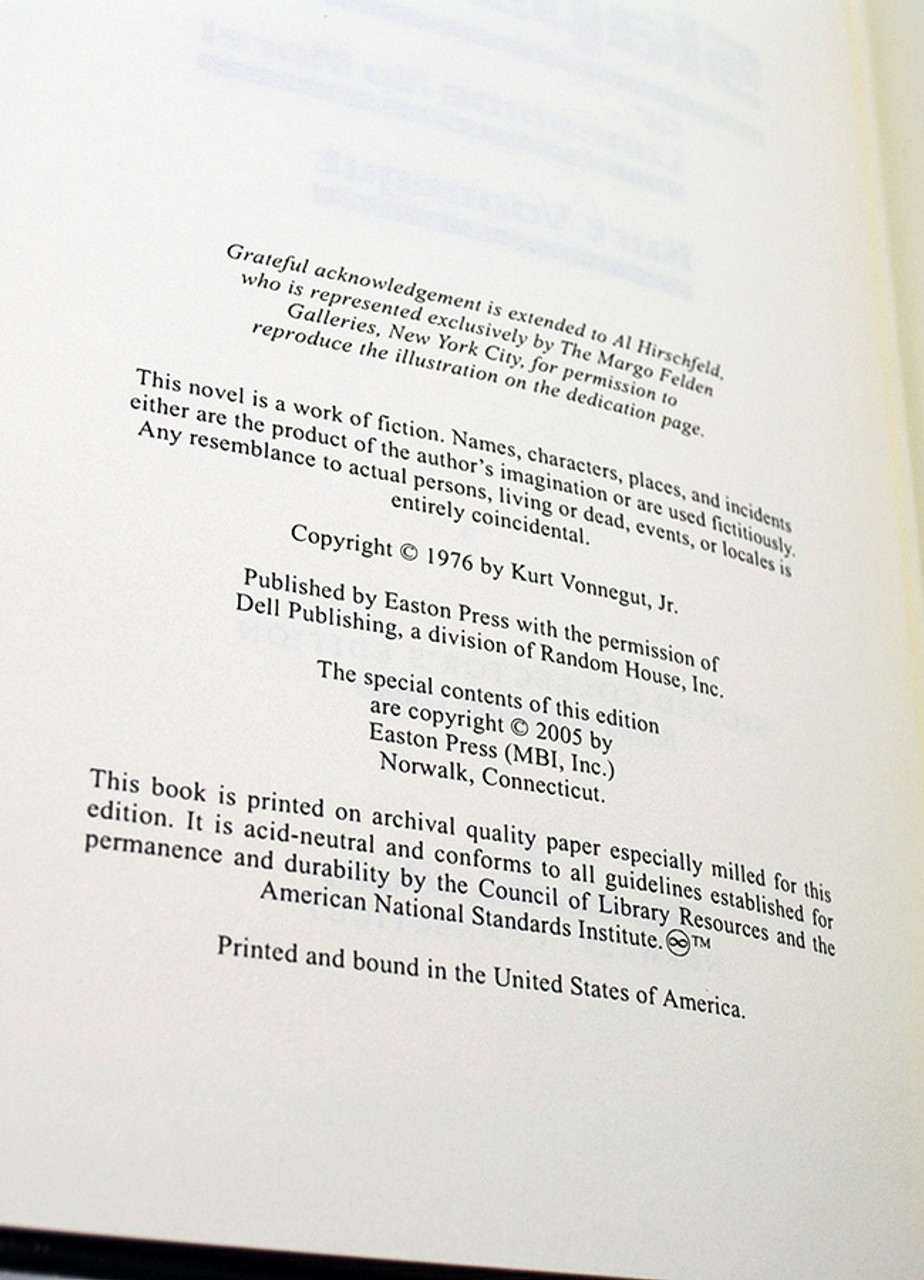 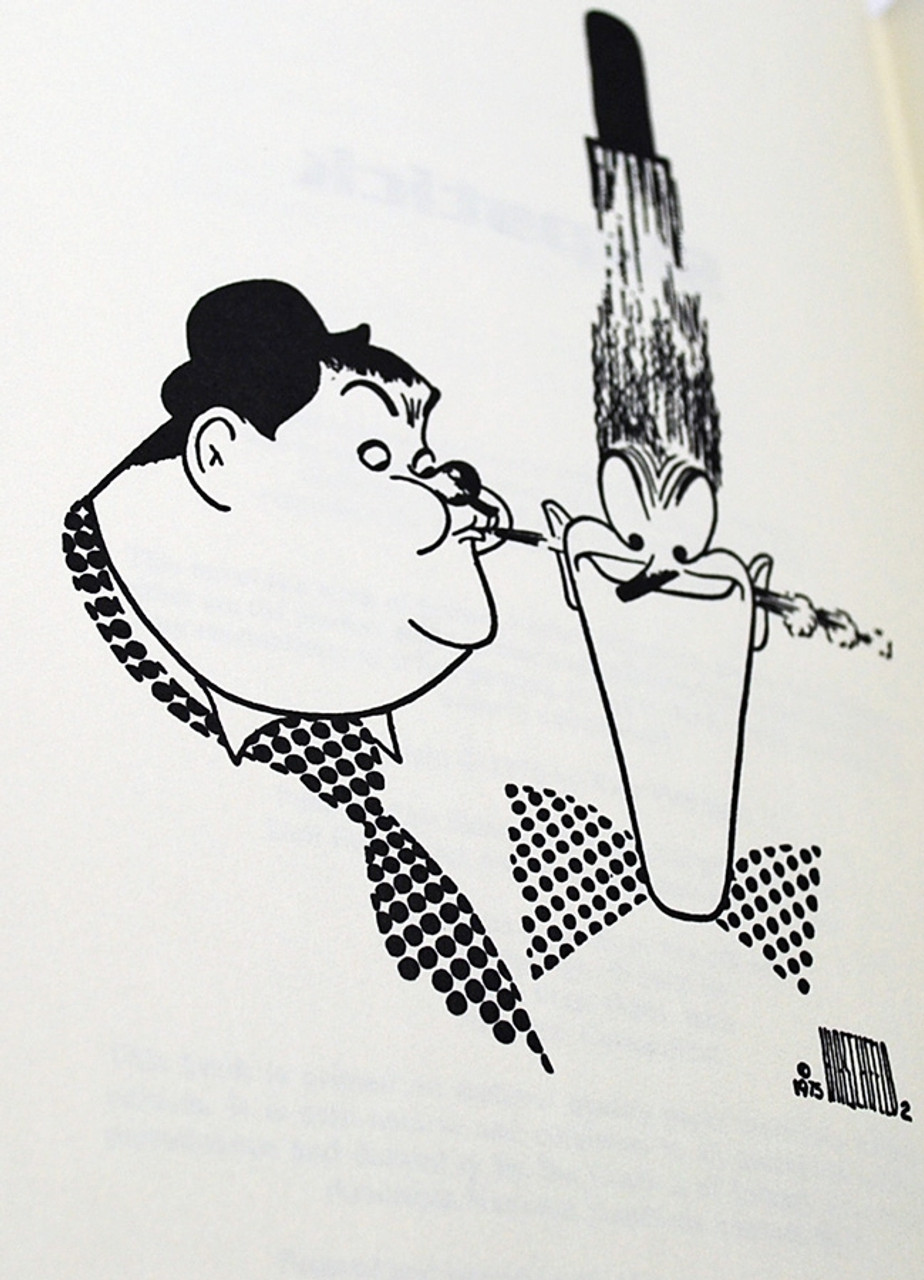 Norwalk, CT. 2004. Signed Limited Edition. No dust-jacket as issued. Genuine leather, with Certificate of Authenticity and Collector's Notes. Slapstick presents an apocalyptic vision seen through the eyes of the current King of Manhattan (and last President of the United States), a wickedly irreverent look at the all-too-possible results of today's follies. But even the end of life-as-we-know-it is transformed by Vonnegut's pen into hilarious farce--a final slapstick that may be the Almighty's joke on us all.

An irreverent romp that thematically tackles the wrenching pain of human loneliness, mocks organized religion, and meticulously criticizes marriage, love, patriotism, and the ruling class system. The humor, reflecting the book's title, is bold and never apologetic, keeping in line with Vonnegut's firmly established voice as the master of the apocalyptic comedy.

AN (As New). Unsealed. Fine with COA and original publisher's Collector's Notes. 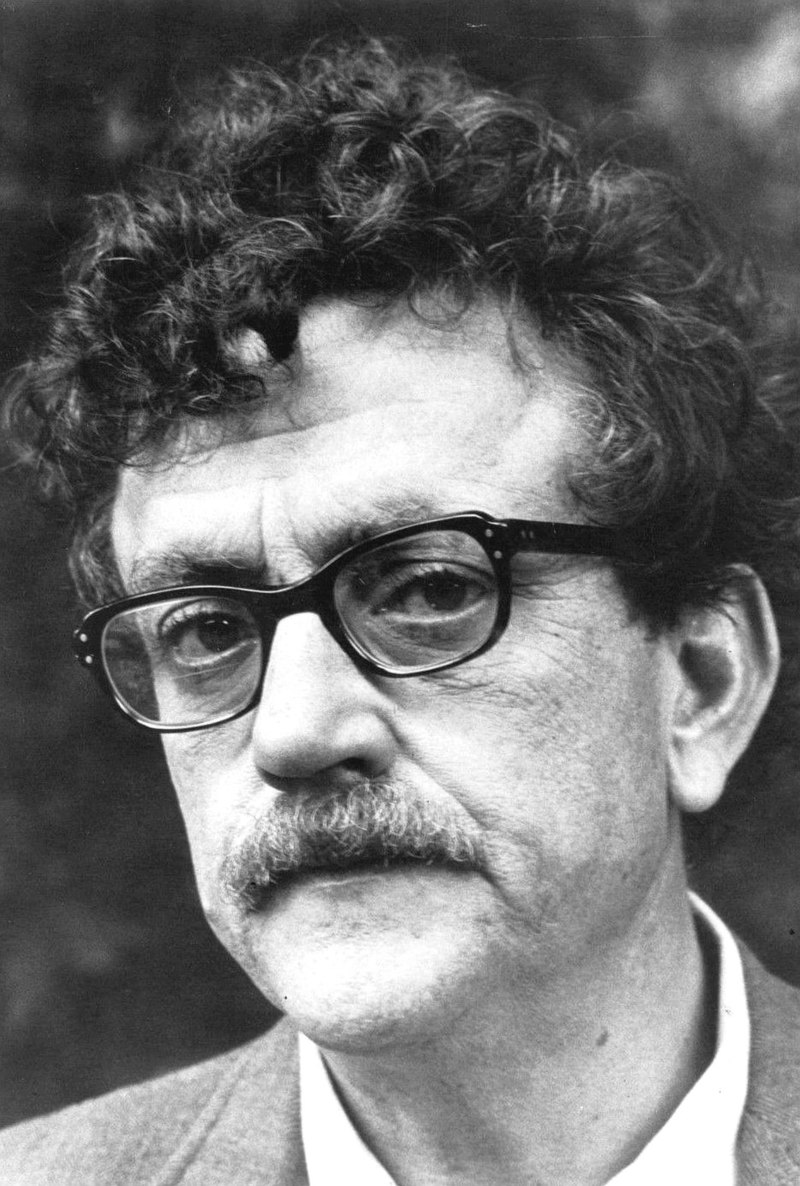 Lonely Road Books 2010. Stephen King "Riding The Bullet". This is the slipcased Collector’s Gift Edition, limited to just 3,000 copies bound in a deluxe material and housed in a special...