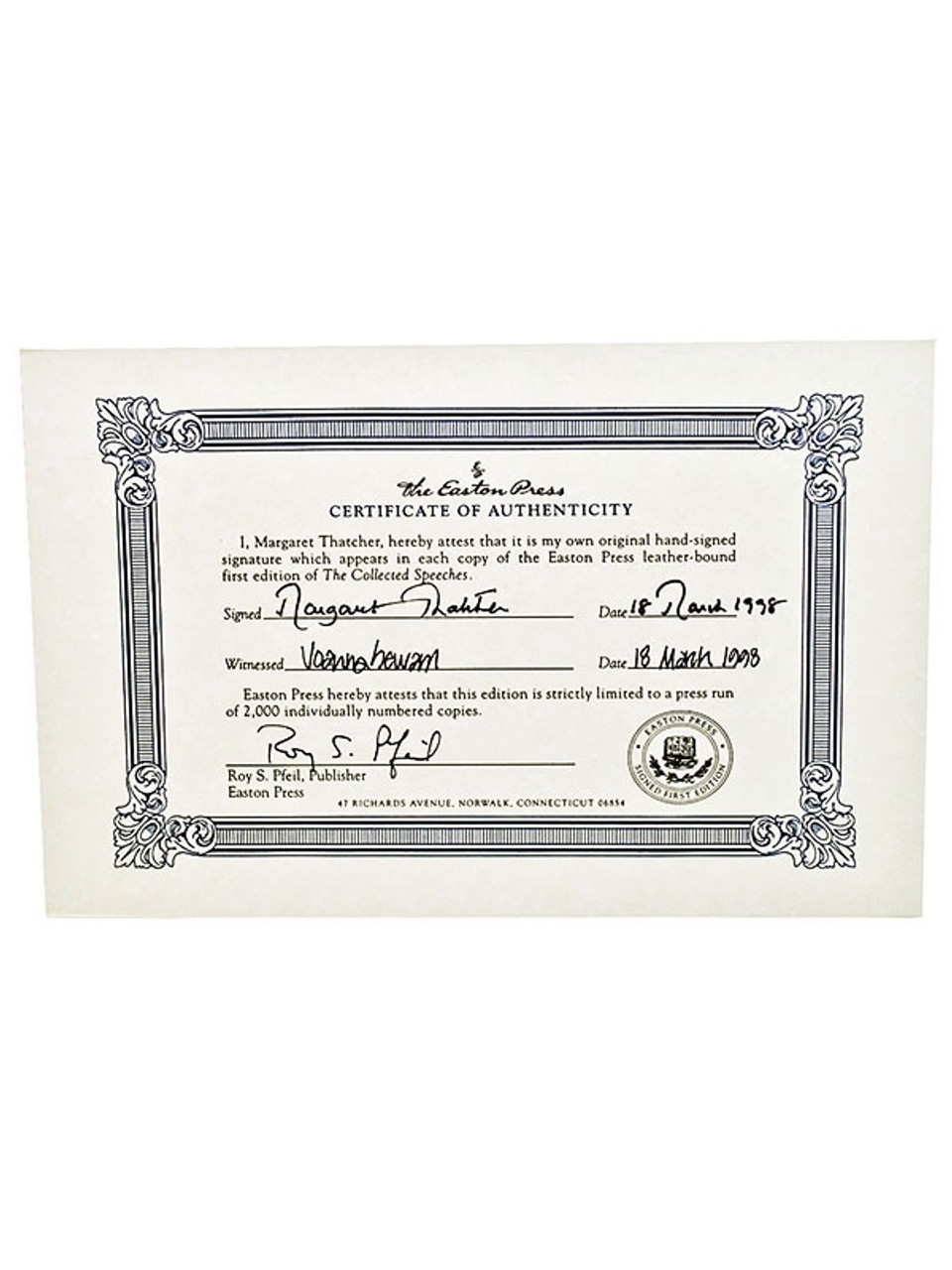 Personally signed by the former Prime Minister of England, Lady Margaret Thatcher directly into the book.


About "The Collected Speeches"

Very Near Fine with only a short superficial scratch on one side of the gilded page edges. No others markings, writings, or stampings. No attached bookplates or indication of any removed. A well cared for book, protected from any potential damage. Unread book with tight spine. A wonderful bright clean copy with sharp corners.