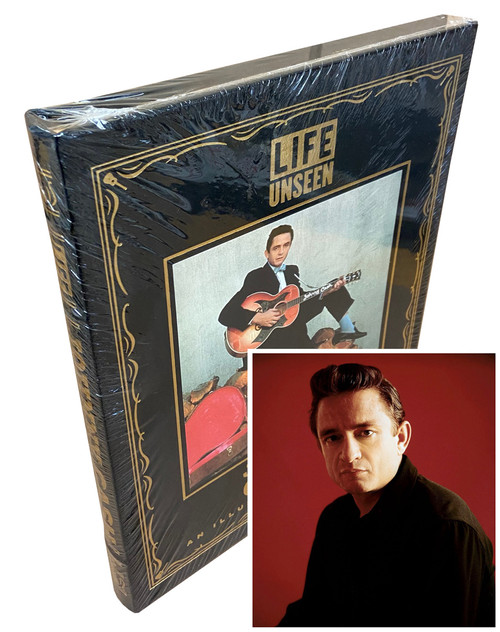 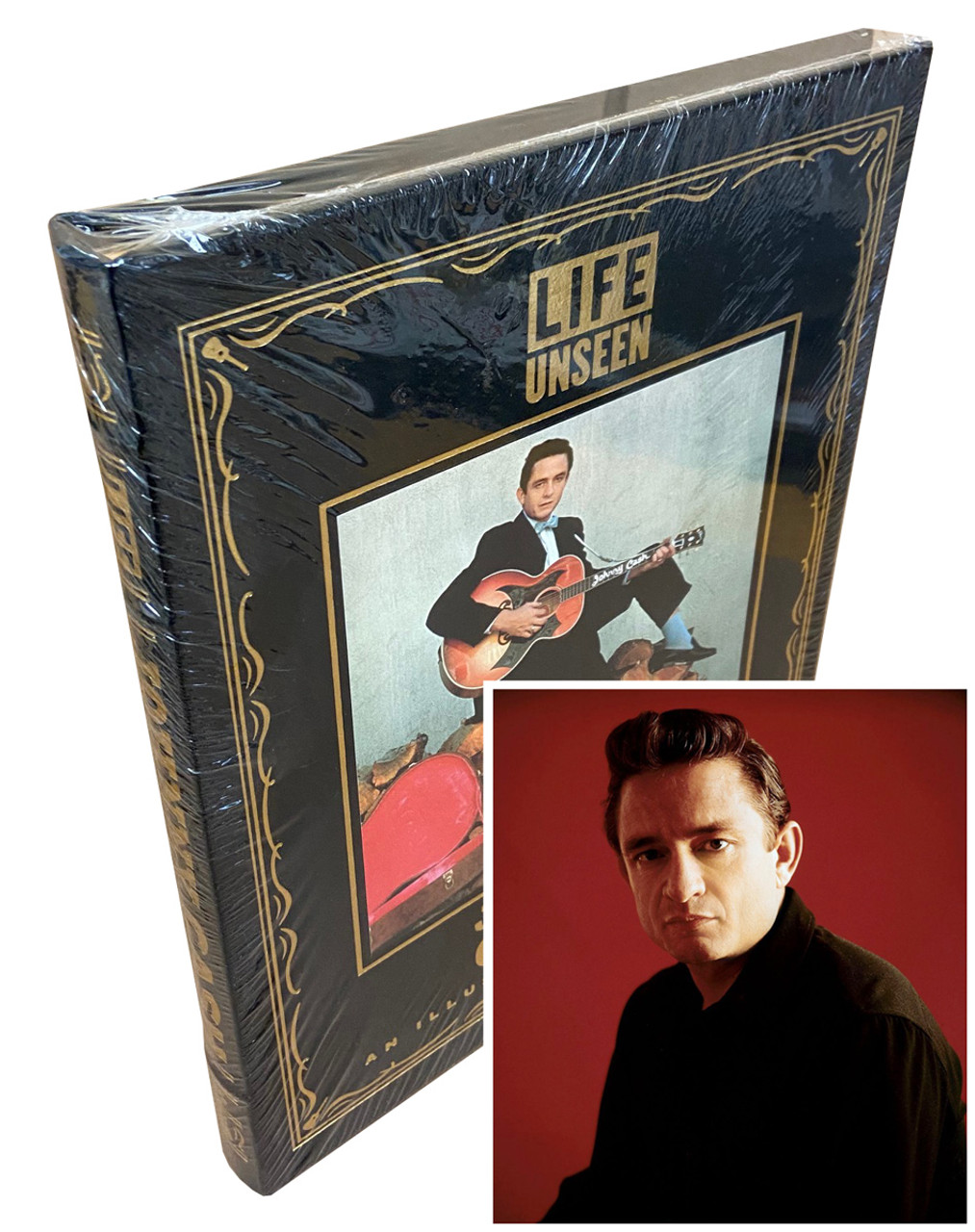 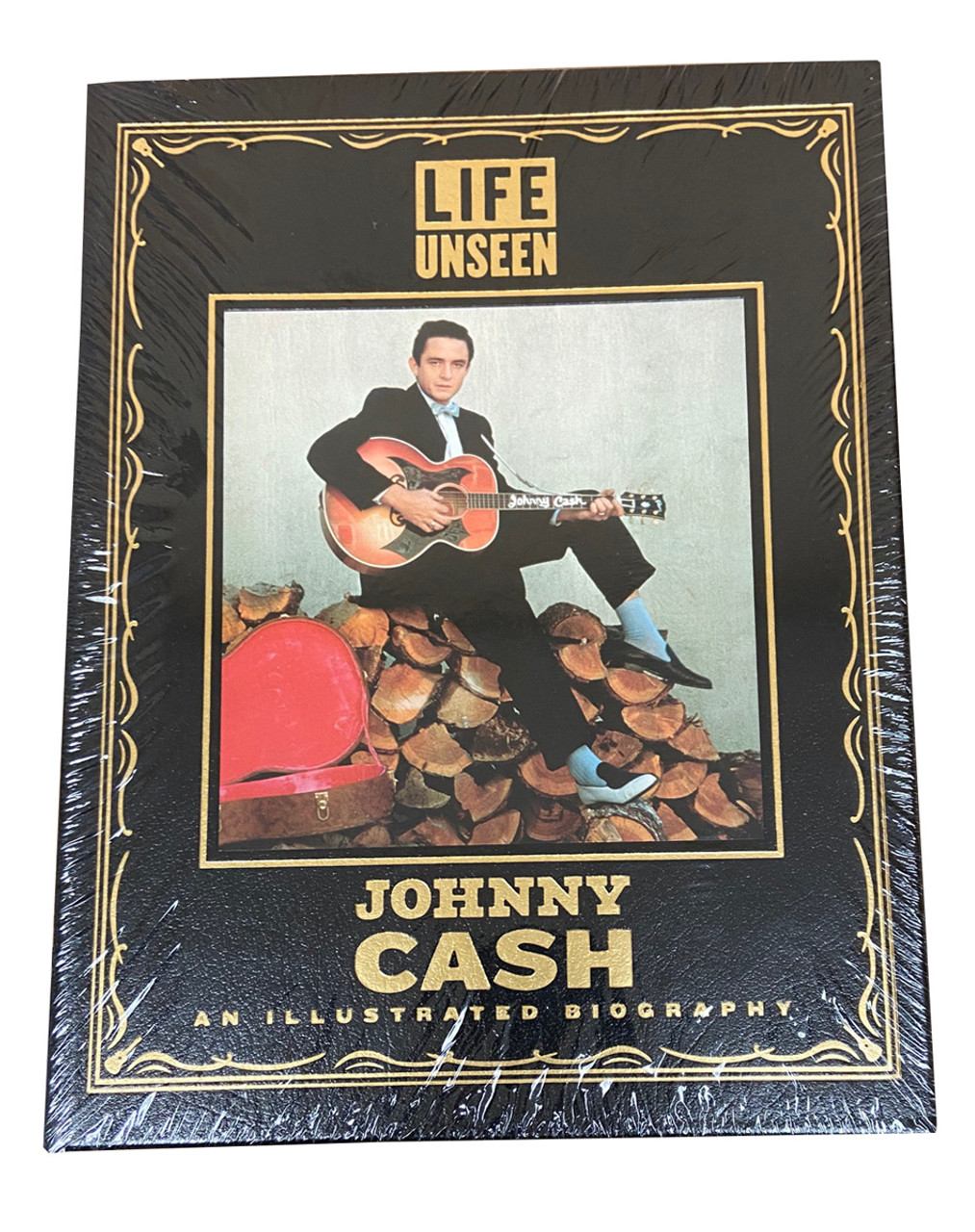 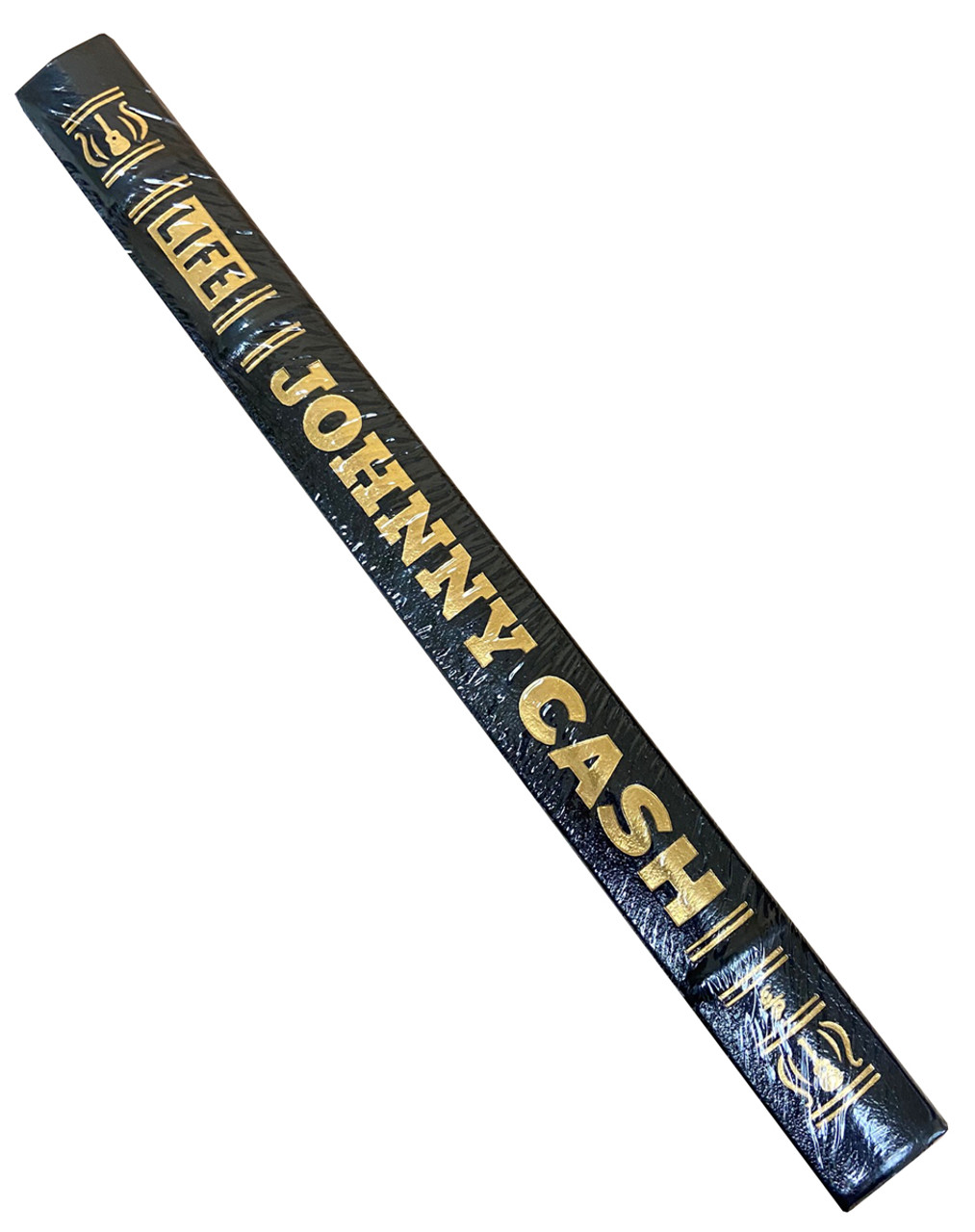 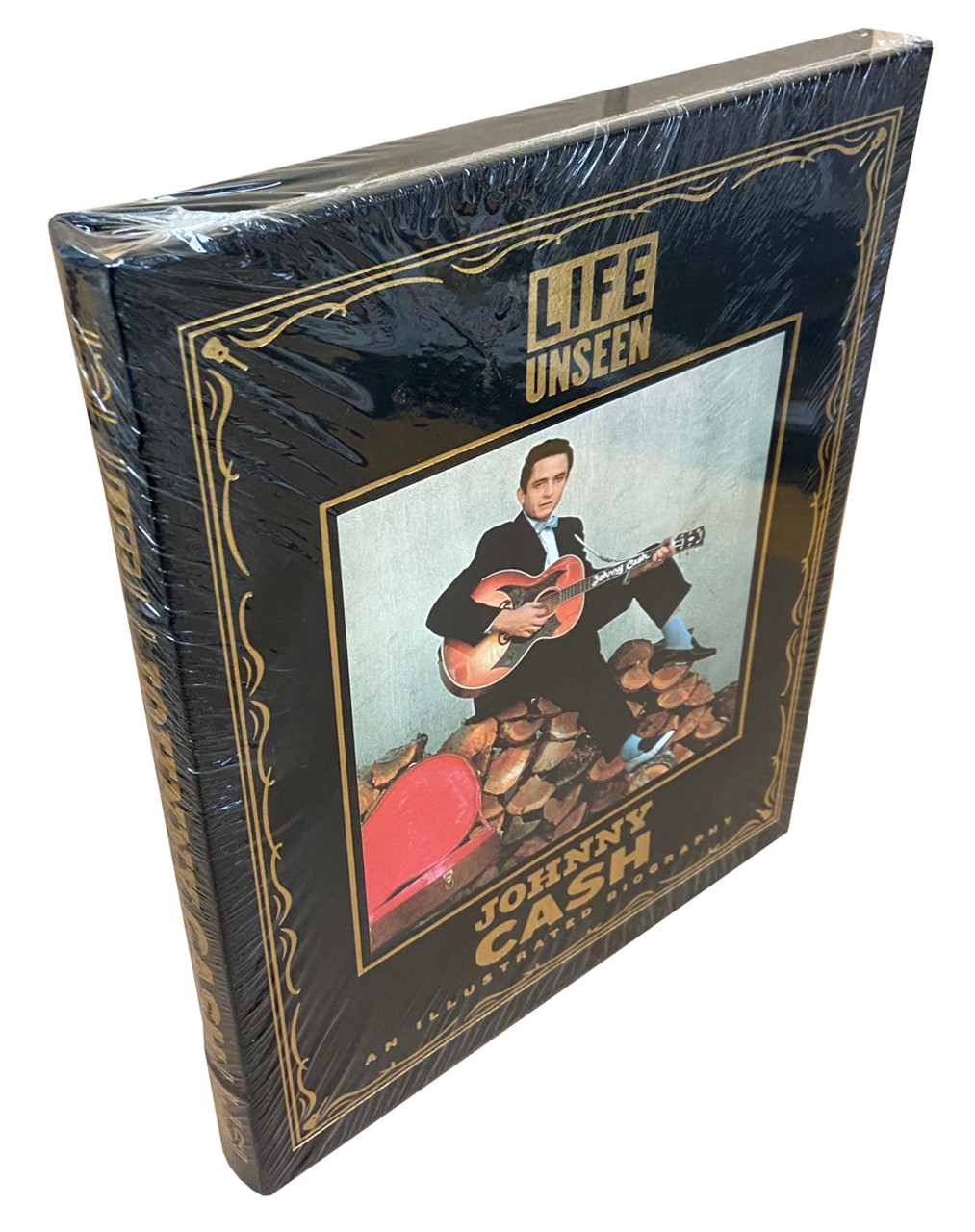 Cash is one of the best-selling music artists of all time, having sold more than 90 million records worldwide. 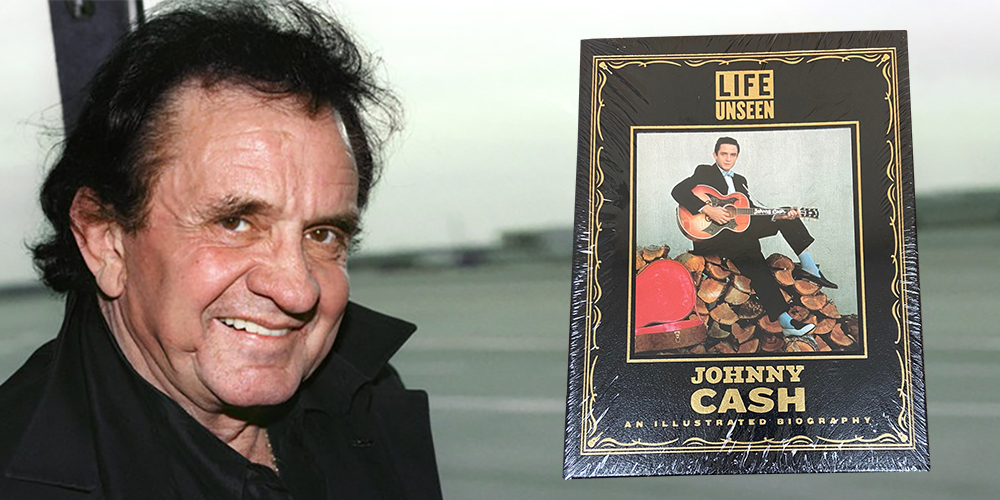 LIFE partners with Sony Music Entertainment and its vast archive of photography to launch a new series of special books: LIFE Unseen, surprising looks at some of our most legendary stars. We kick off the series with Johnny Cash, who passed away 10 years ago, but it seems like he has never left us. There have been iconic American performers whose lives seemed even larger than their stage personas. Then there was Johnny Cash, unique and-yes-transcendent. He is seen as a country singer, but he is also in the Rock and Roll Hall of Fame and Gospel Hall of Fame. Coming out of Arkansas, rebellious and an early adherent of rockabilly (he was part of Sun Studios' Million Dollar Quartet, along with Elvis, Carl Perkins and Jerry Lee Lewis), he found his audience. Cash was also a TV star and he formed supergroups with other top recording artists. Movies were made about the Man in Black, and he would have been calcified as a "legend" had he not been so genuine. LIFE was at its apex when Cash "arrived," and this special volume includes that great photography, interviews with Cash and his family-as well as his soul mate, June Carter Cash, in a special section-and, of course, the never-before-seen imagery. Johnny Cash lives on through his eternal music and personal story-and through this tribute that presents, perhaps even reveals, the Man in Black, Johnny Cash, as you've never seen him. 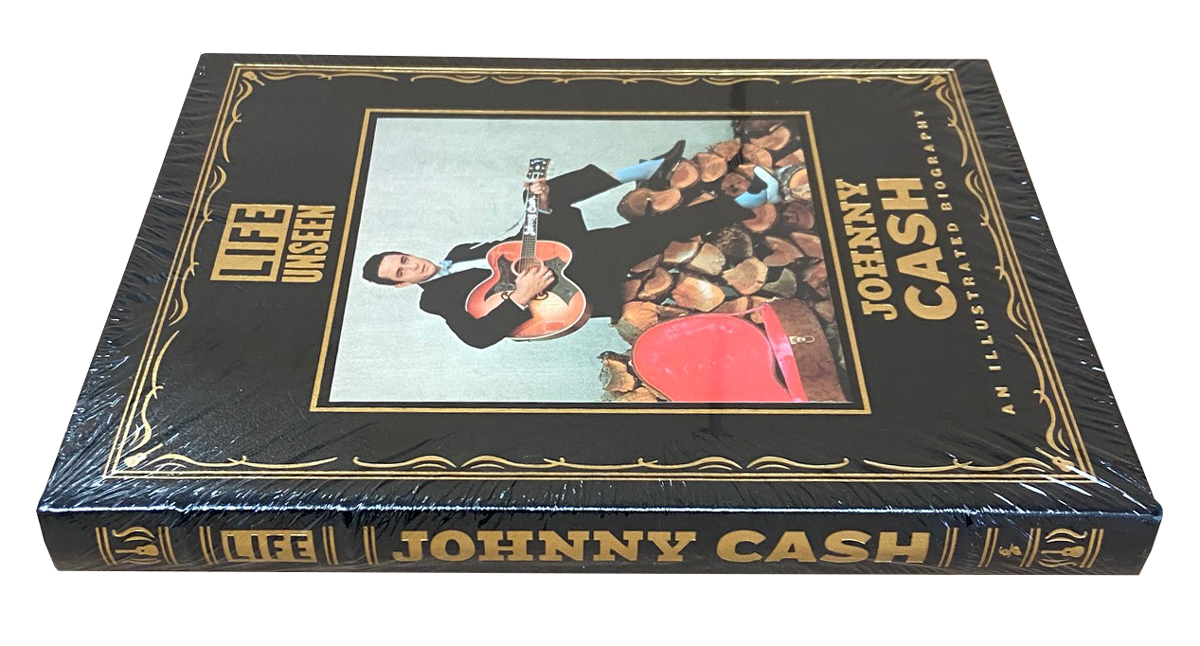 John R. Cash (born J. R. Cash; February 26, 1932 – September 12, 2003) was an American singer songwriter. Much of Cash's music contained themes of sorrow, moral tribulation, and redemption, especially in the later stages of his career. He was known for his deep, calm bass-baritone voice, the distinctive sound of his Tennessee Three backing band characterized by train-like chugging guitar rhythms, a rebelliousness coupled with an increasingly somber and humble demeanor, free prison concerts, and a trademark all-black stage wardrobe which earned him the nickname "The Man in Black".

Born to poor cotton farmers in Kingsland, Arkansas, Cash rose to fame during the mid-1950s in the burgeoning rockabilly scene in Memphis, Tennessee, after four years in the Air Force. He traditionally began his concerts by simply introducing himself, "Hello, I'm Johnny Cash", followed by "Folsom Prison Blues", one of his signature songs. Alongside "Folsom Prison Blues", his other signature songs include "I Walk the Line", "Ring of Fire", "Get Rhythm", and "Man in Black". He also recorded humorous numbers like "One Piece at a Time" and "A Boy Named Sue", a duet with his future wife June called "Jackson" (followed by many further duets after their wedding), and railroad songs such as "Hey, Porter", "Orange Blossom Special", and "Rock Island Line". During the last stage of his career, he covered songs by contemporary rock artists; among his most notable covers were "Hurt" by Nine Inch Nails, "Rusty Cage" by Soundgarden, and "Personal Jesus" by Depeche Mode.

Cash is one of the best-selling music artists of all time, having sold more than 90 million records worldwide. His genre-spanning music embraced country, rock and roll, rockabilly, blues, folk, and gospel sounds. This crossover appeal earned him the rare honor of being inducted into the Country Music, Rock and Roll, and Gospel Music Halls of Fame. His music career was dramatised in the 2005 biopic Walk the Line. 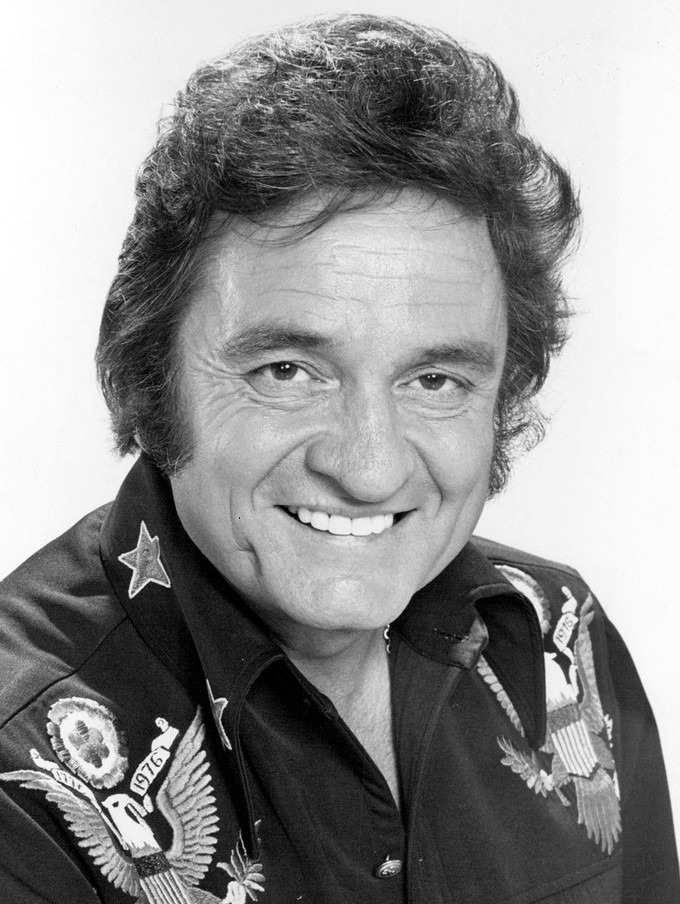