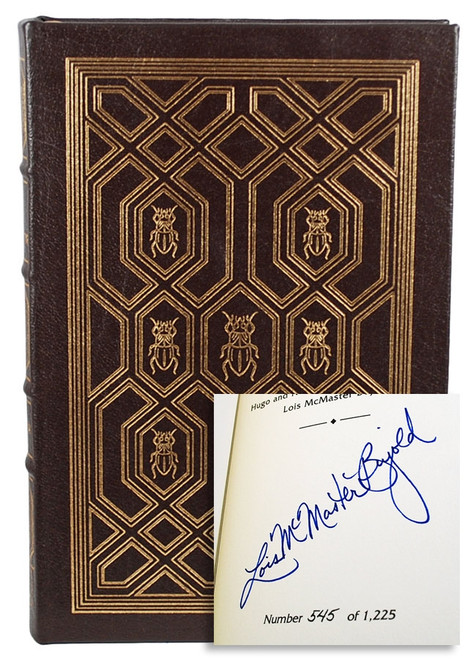 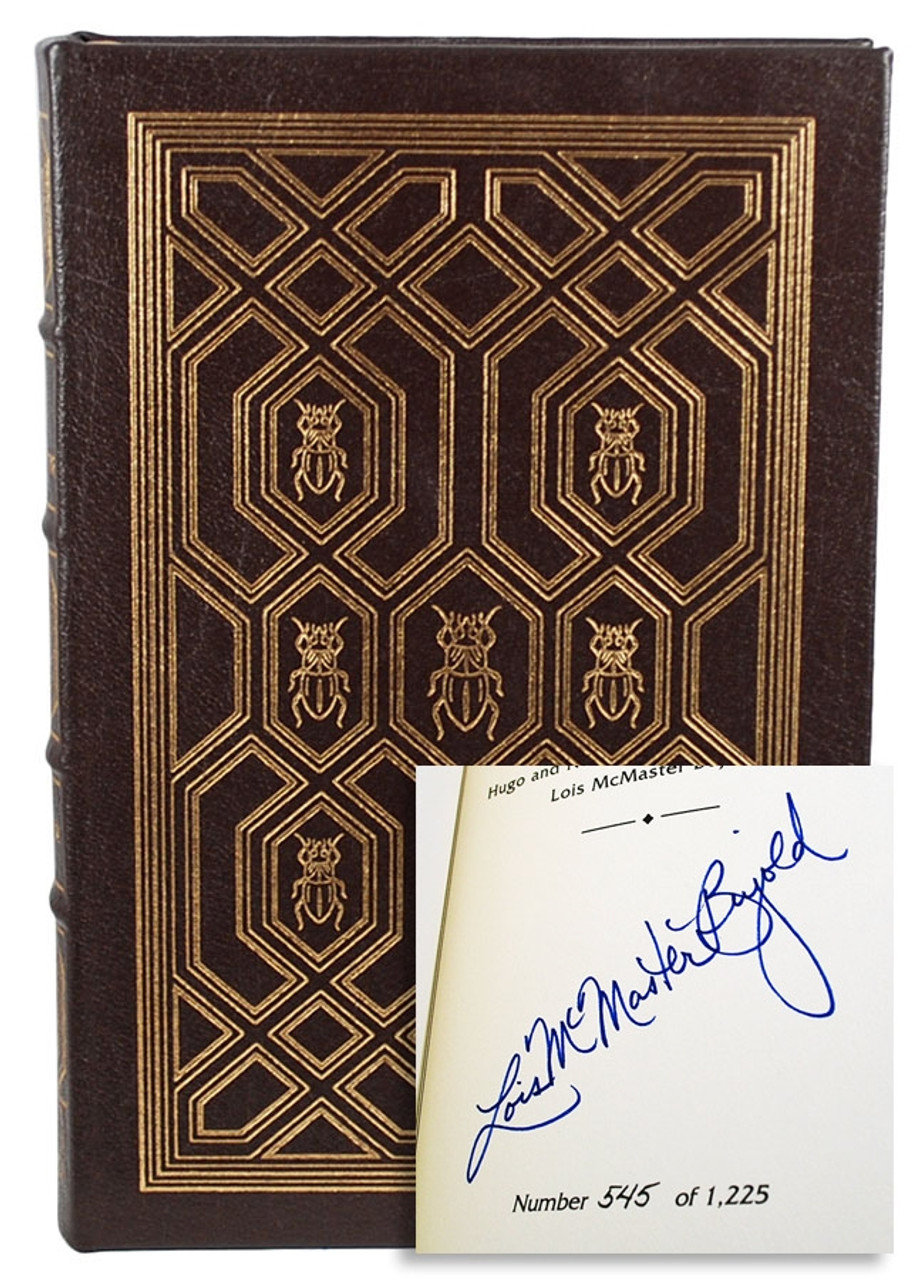 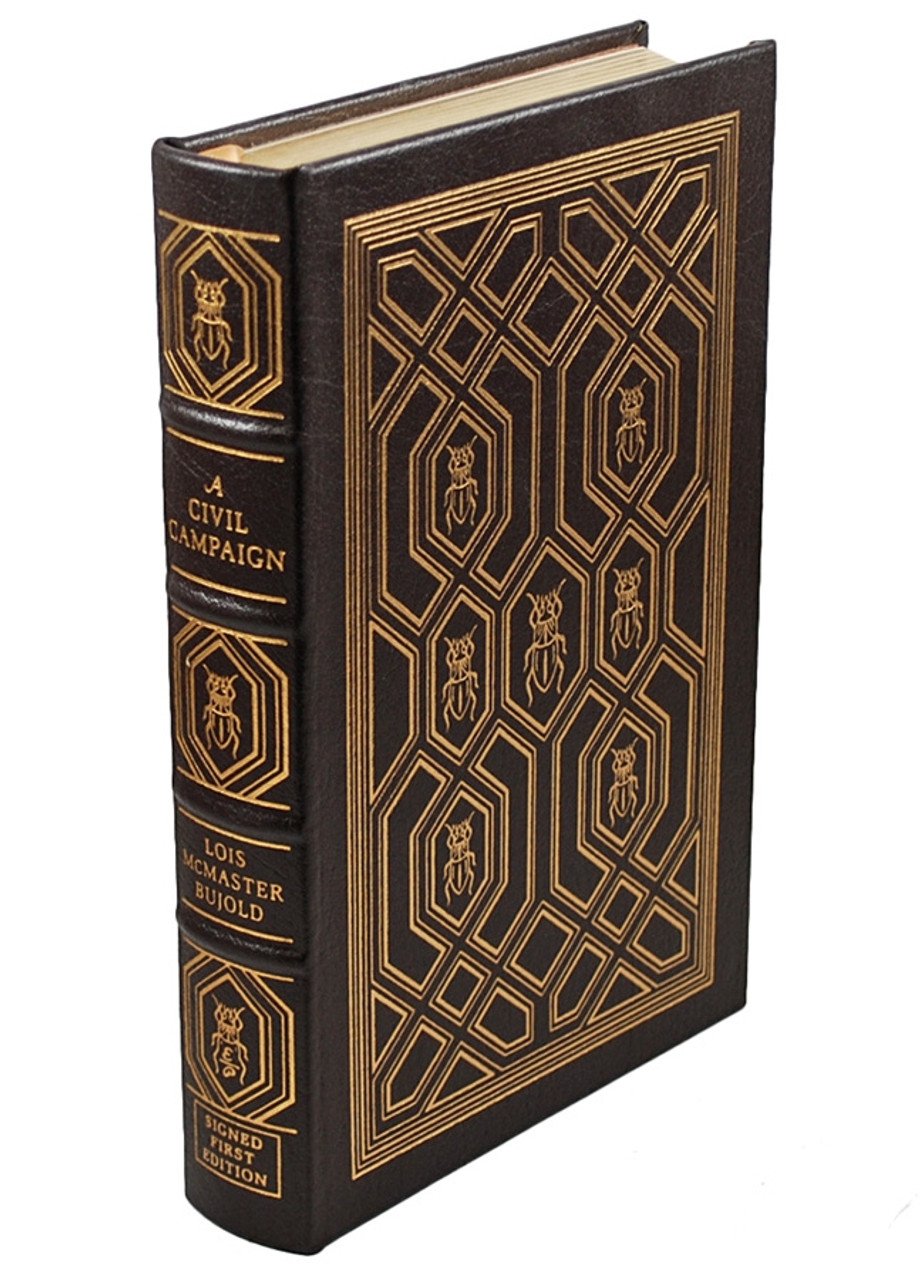 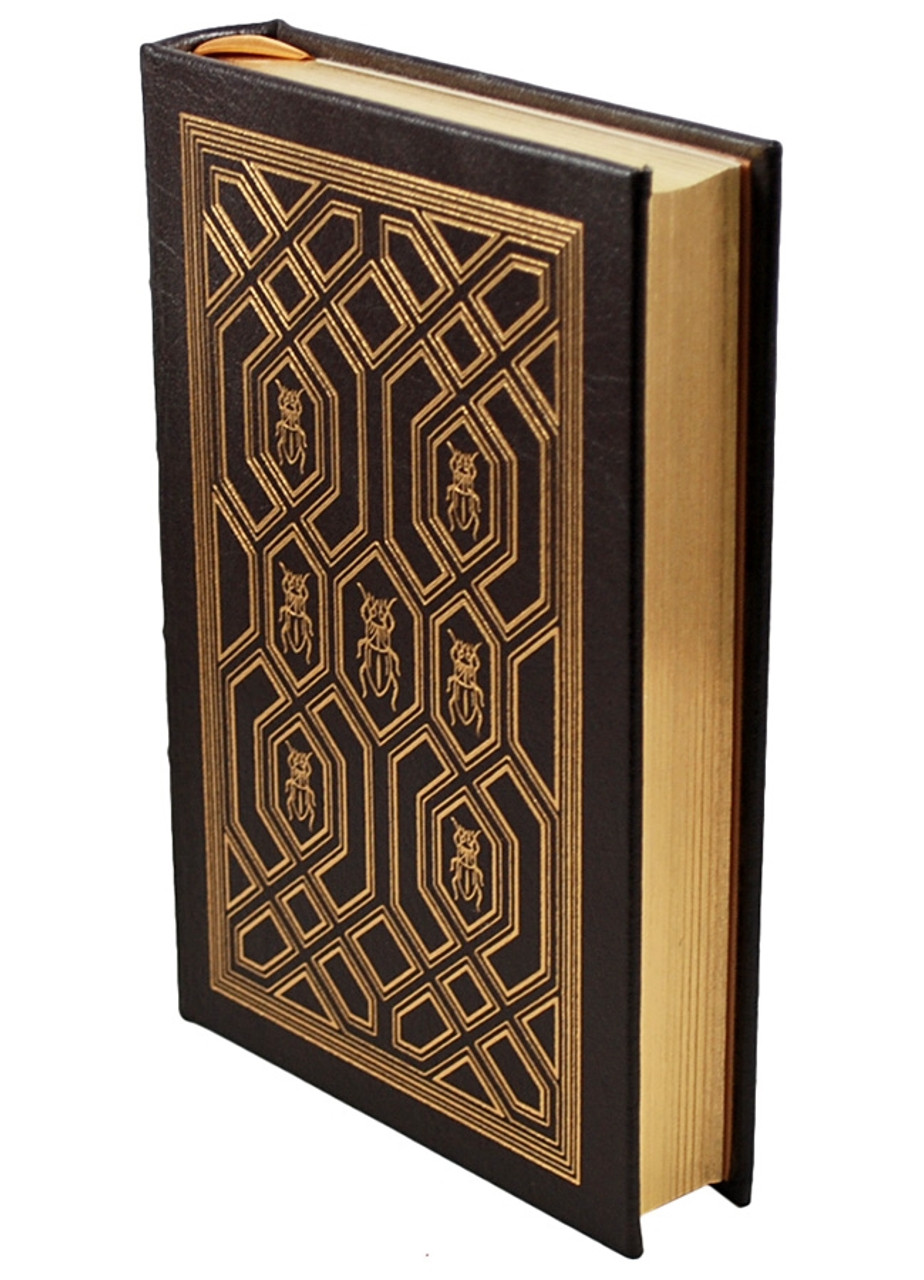 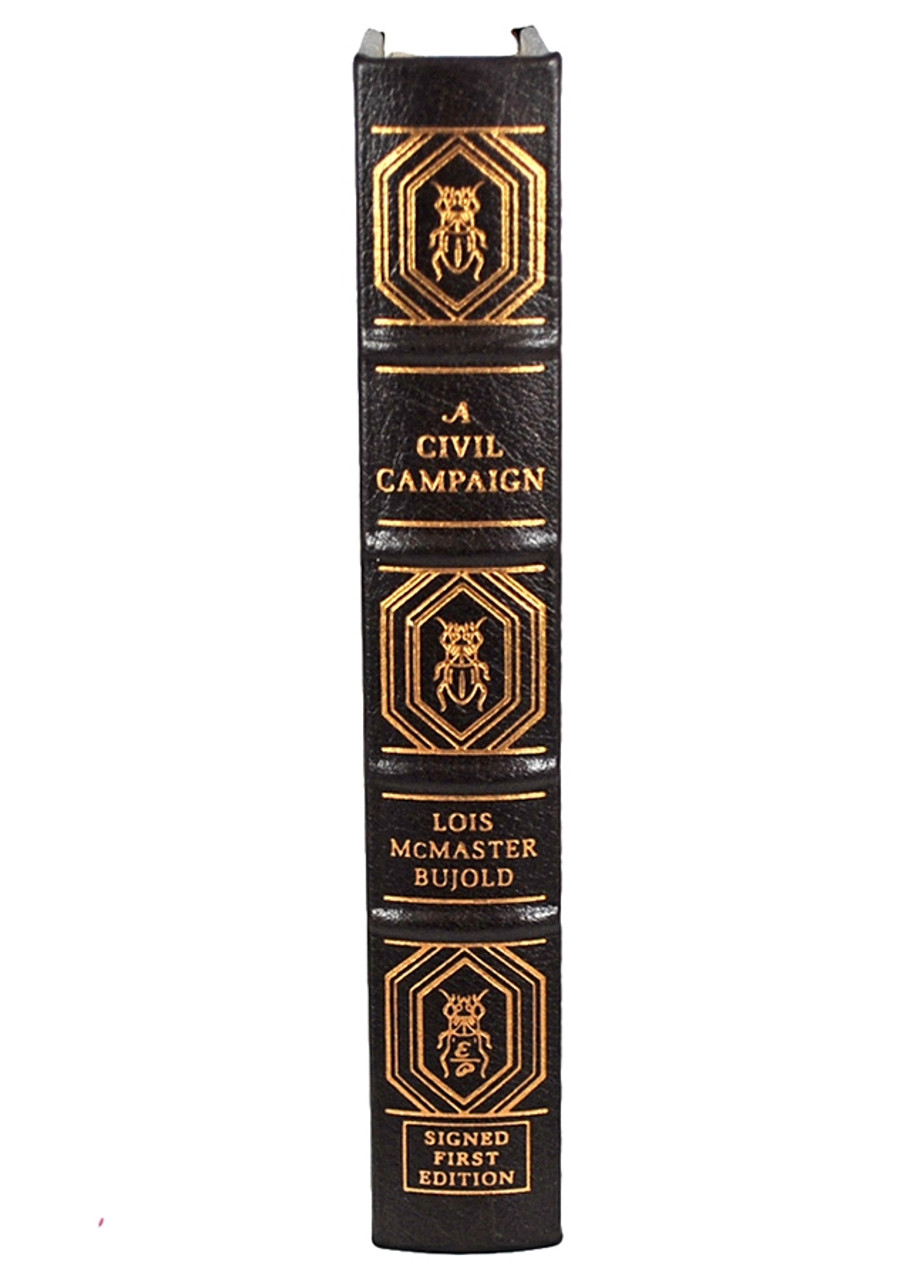 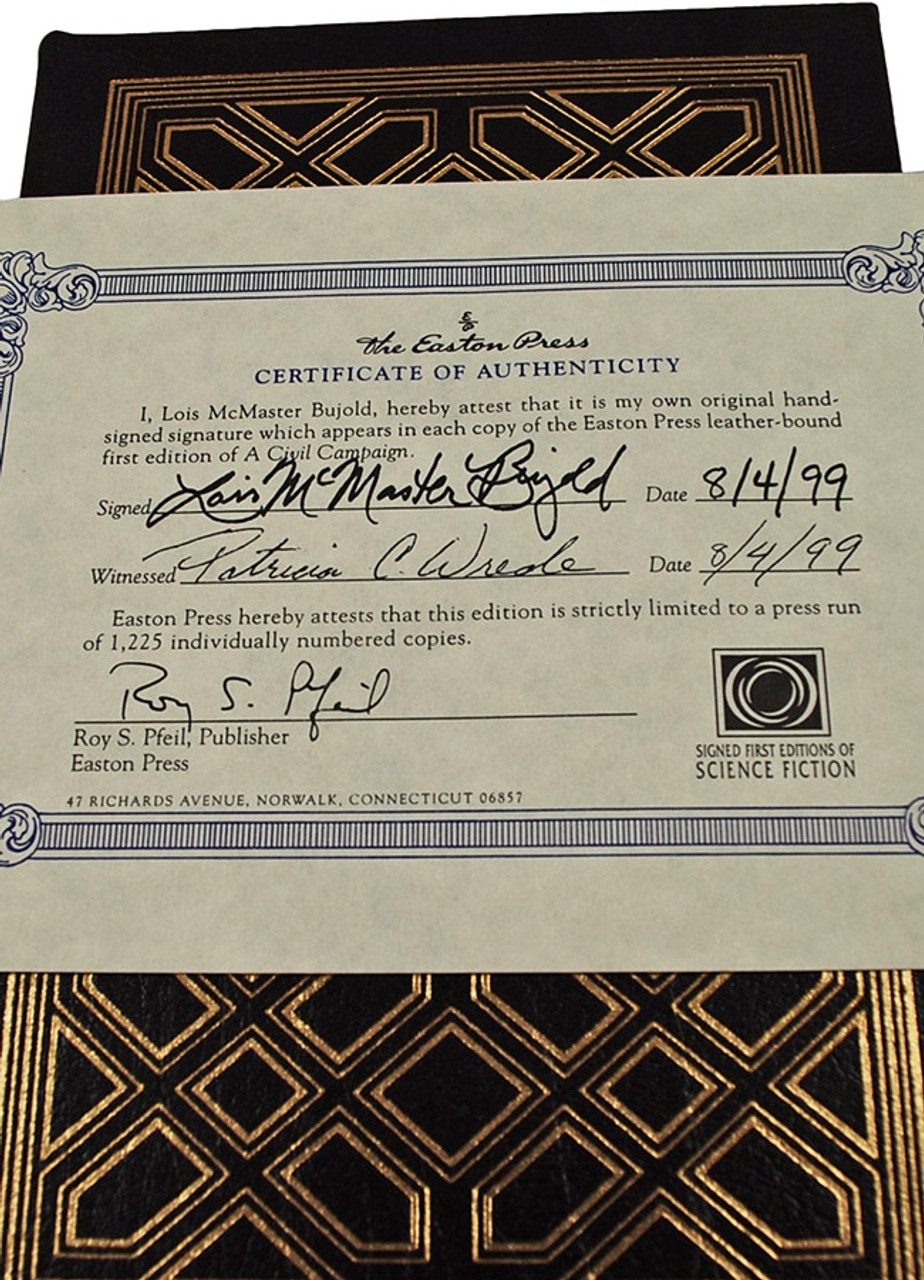 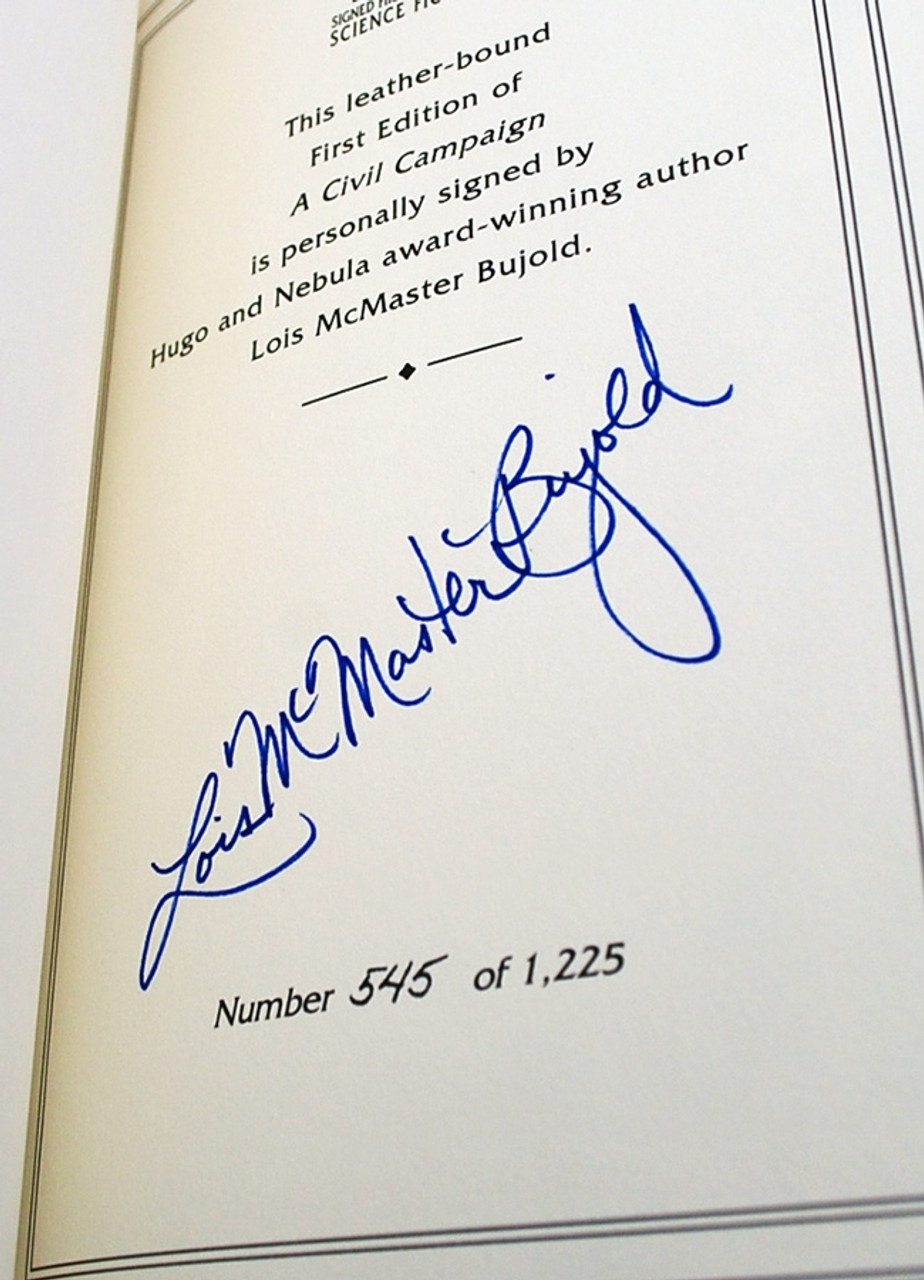 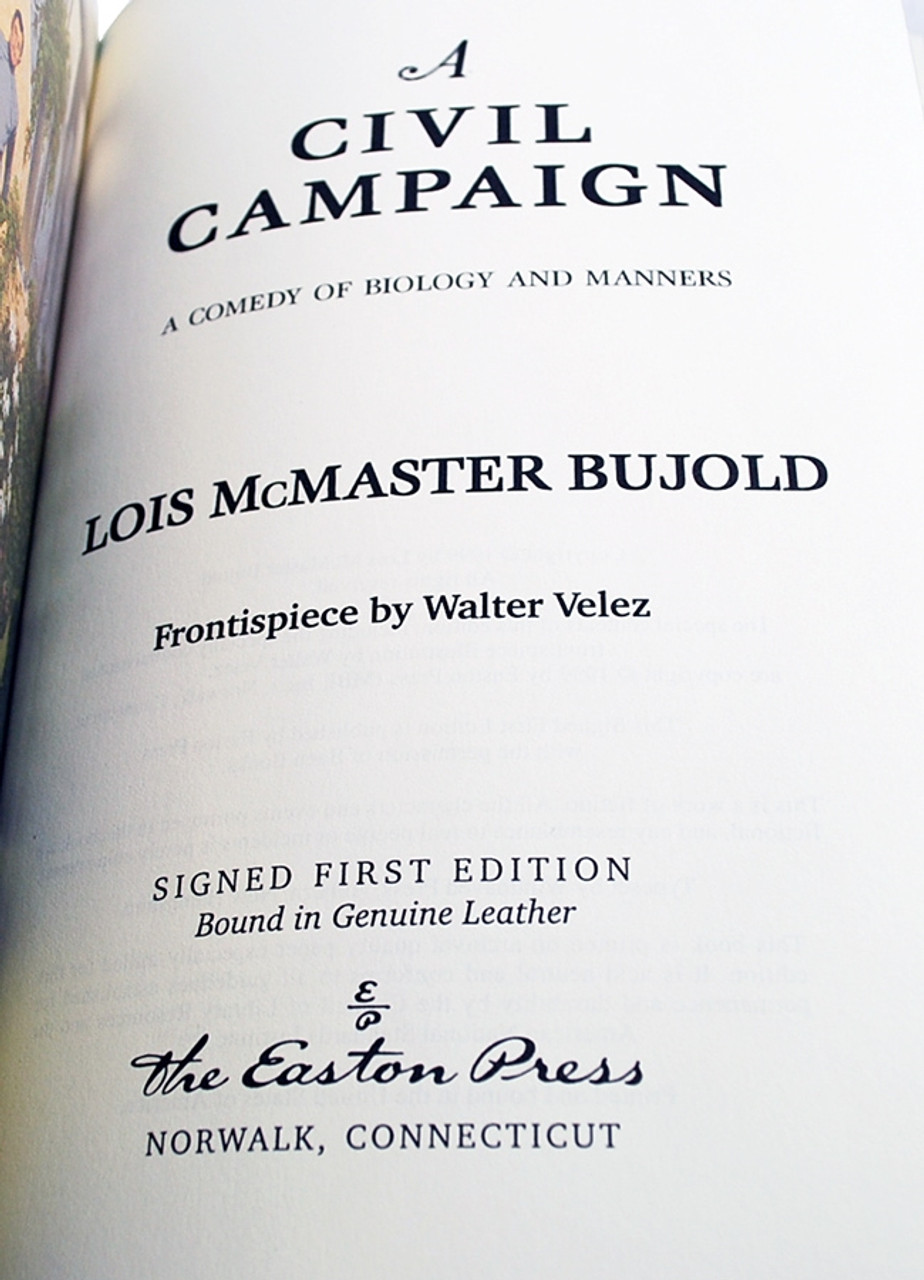 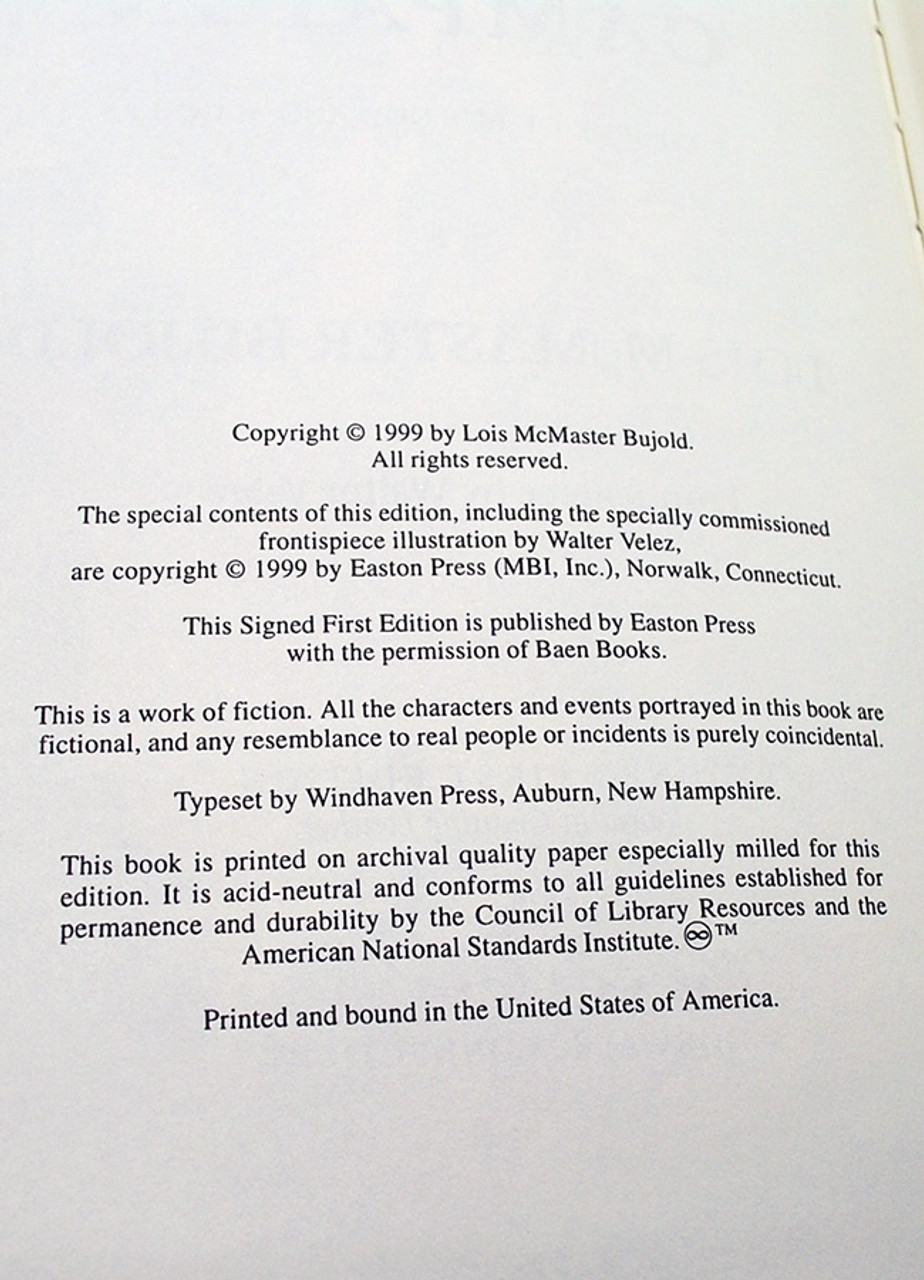 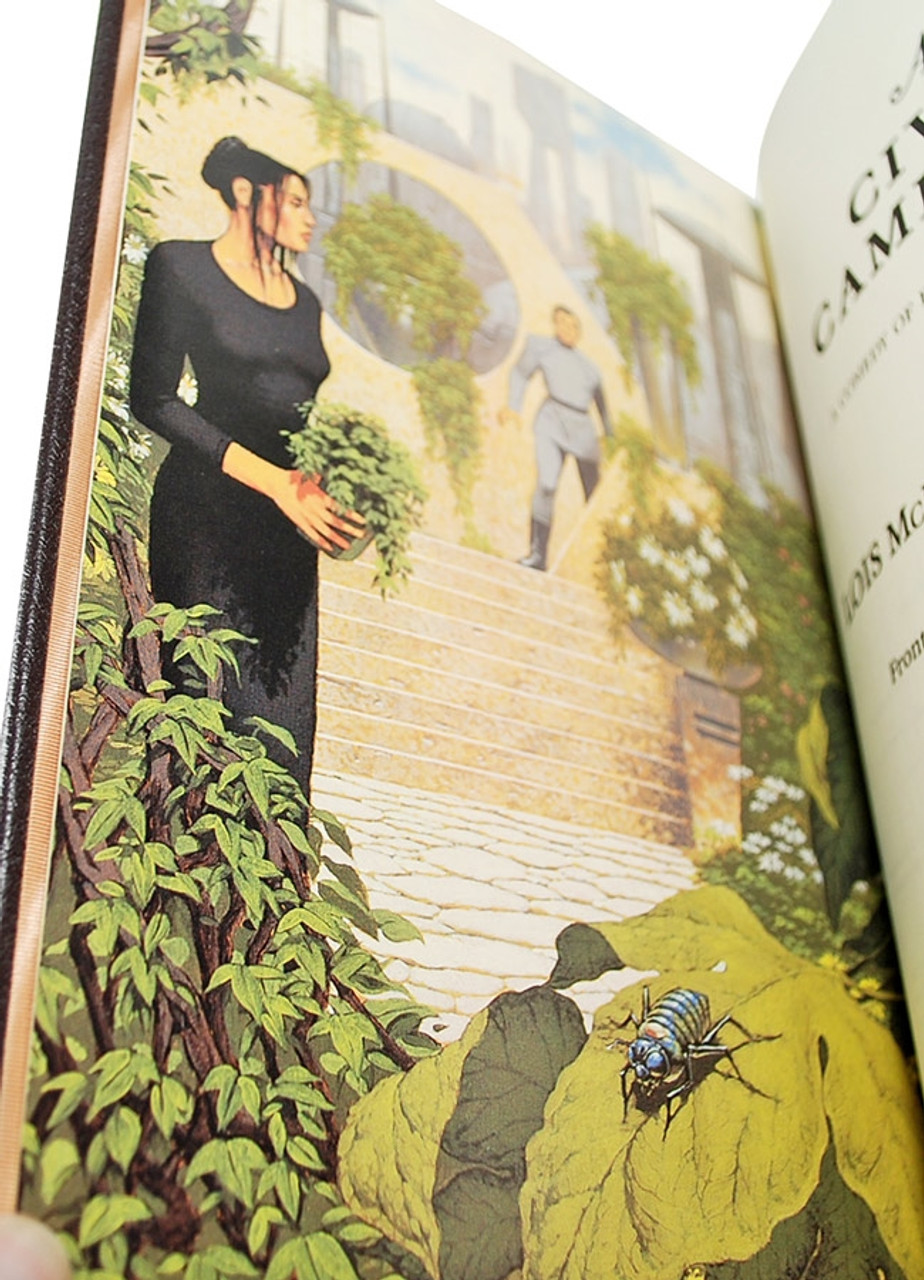 Easton Press, Norwalk, CT. 1999. Lois McMaster Bujold "A Civil Campaign". Full Genuine Leather with Certificate of Authenticity . No Jacket as issued. This volume has been personally hand signed on a special limitation page by Lois McMaster Bujold. Signed Limited First Edition #545 of only 1,225 produced. As new without any flaws. This leather bound collector's edition is luxuriously bound in full genuine leather with 22kt gold accents and gilded page edges.

From the Back Cover
ONE CUNNING PLAN TOO MANY...?

Lord Miles Vorkosigan, youngest Imperial Auditor to be appointed by the Emperor since the Time of Isolation, has a problem all his new power can't solve: unrequited love for the beautiful Vor widow Ekaterin Vorsoisson. Ekaterin is violently allergic to marriage as a result of her first exposure. But as Miles learned from his late career in galactic covert ops, if a frontal assault won't do, go to subterfuge. He has a cunning plan ...

Lord Mark Vorkosigan has a problem: his love for the sunny Kareen, daughter of Commodore Koudelka, has just become unrequited again. But if all his new money can't solve their dilemma, perhaps a judicious blending of science and entrepreneurial scheming might. He has a cunning plan ... 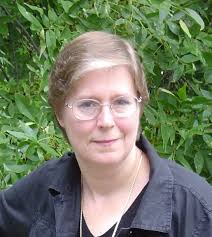 "The Day Of The Triffids" Leather Bound Collector's Edition

The Day of the Triffids is a 1951 post-apocalyptic novel about a plague of blindness that befalls the entire world, allowing the rise of an aggressive species of plant. It was written by the English...