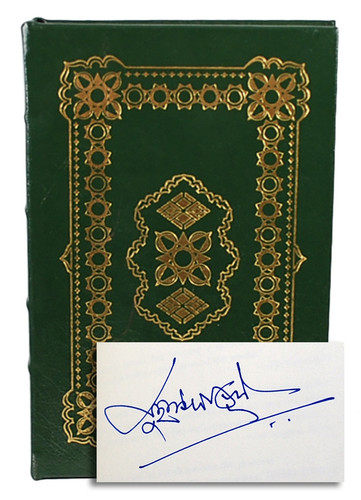 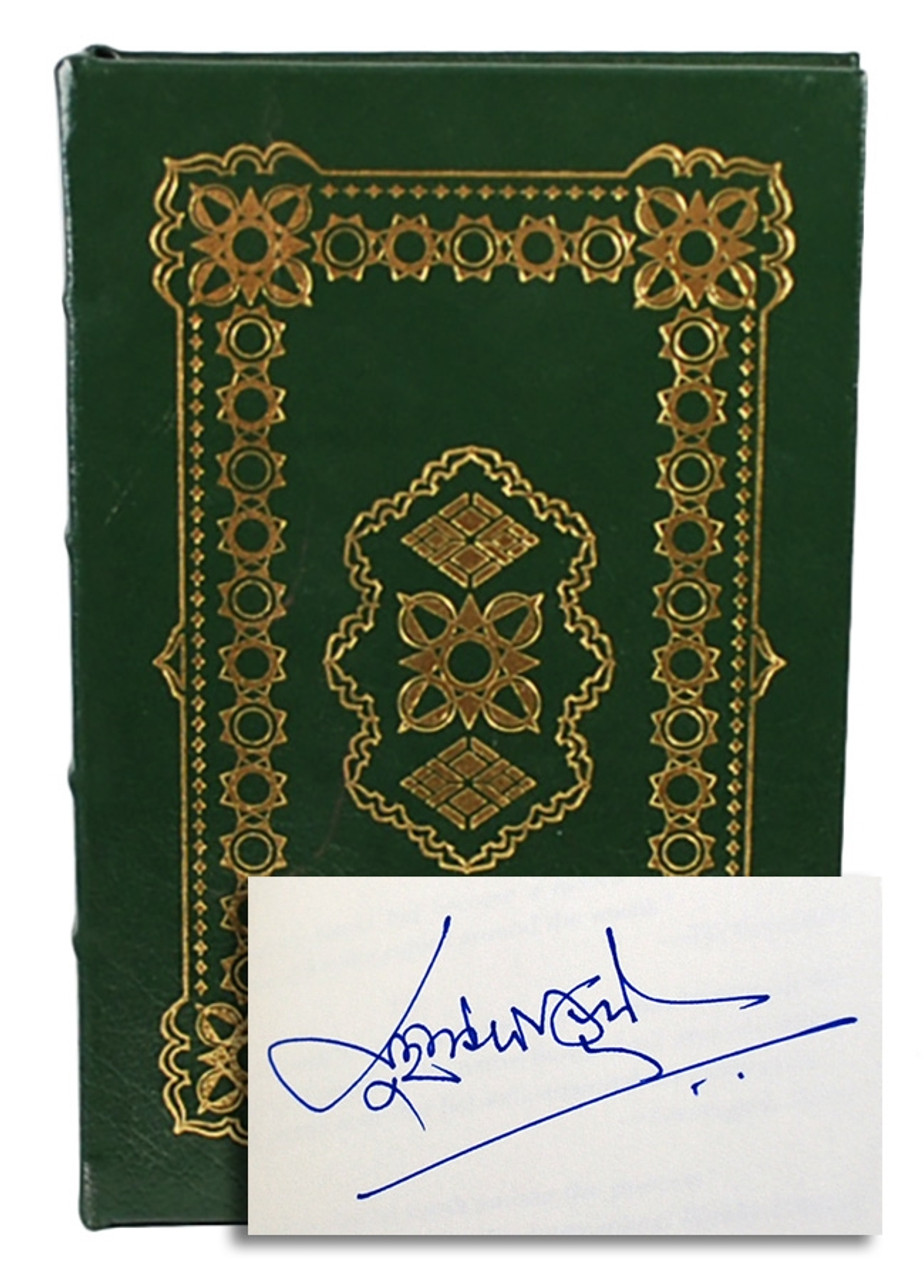 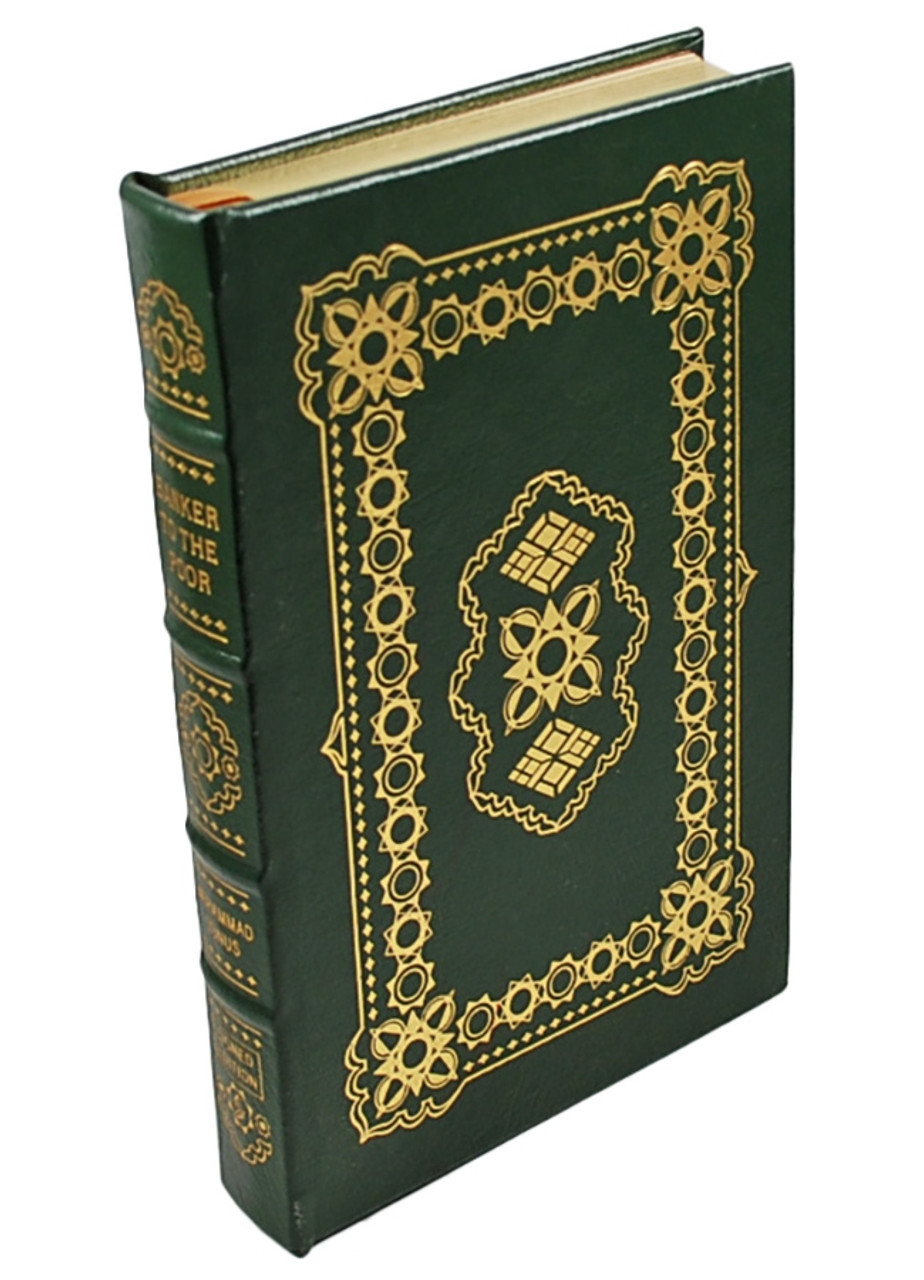 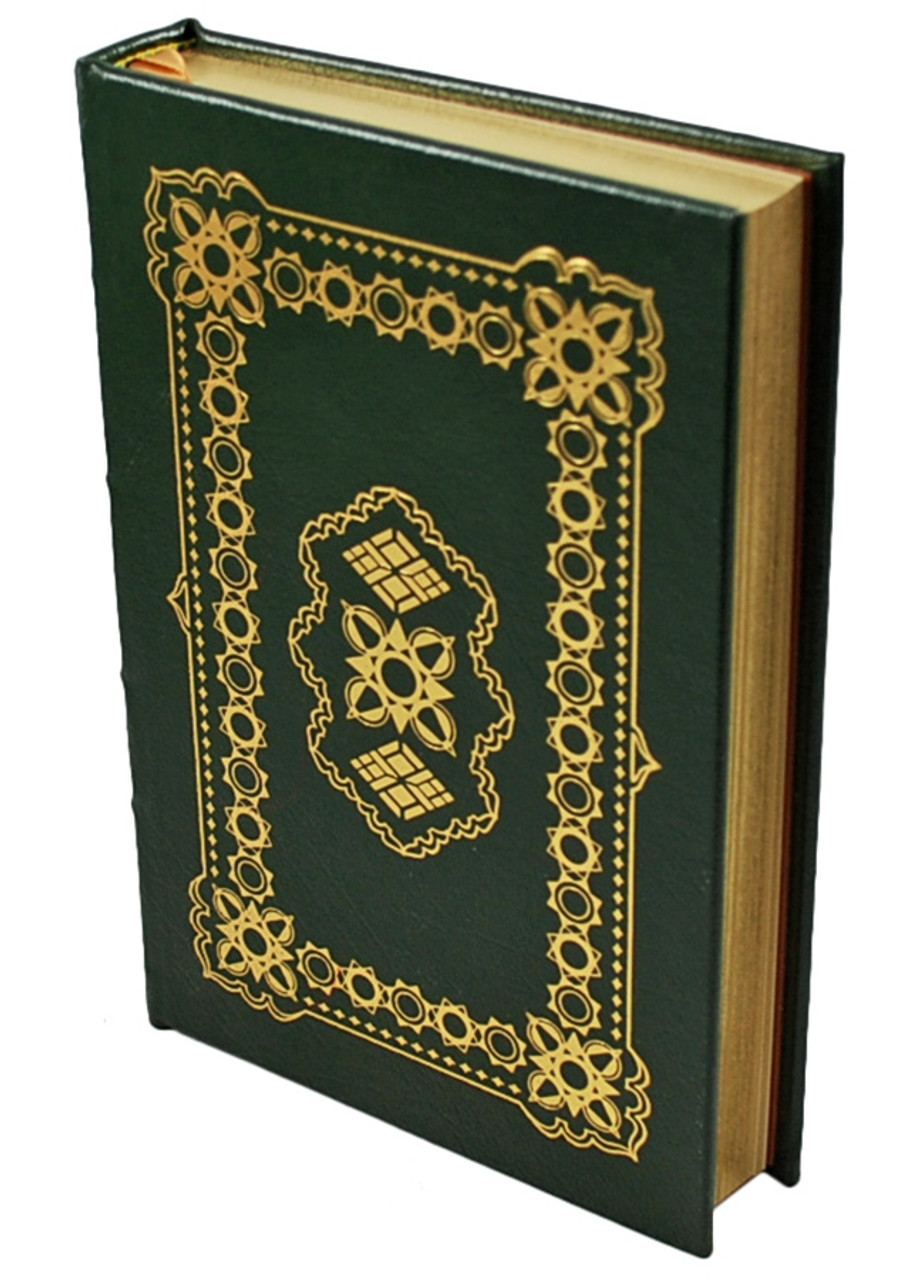 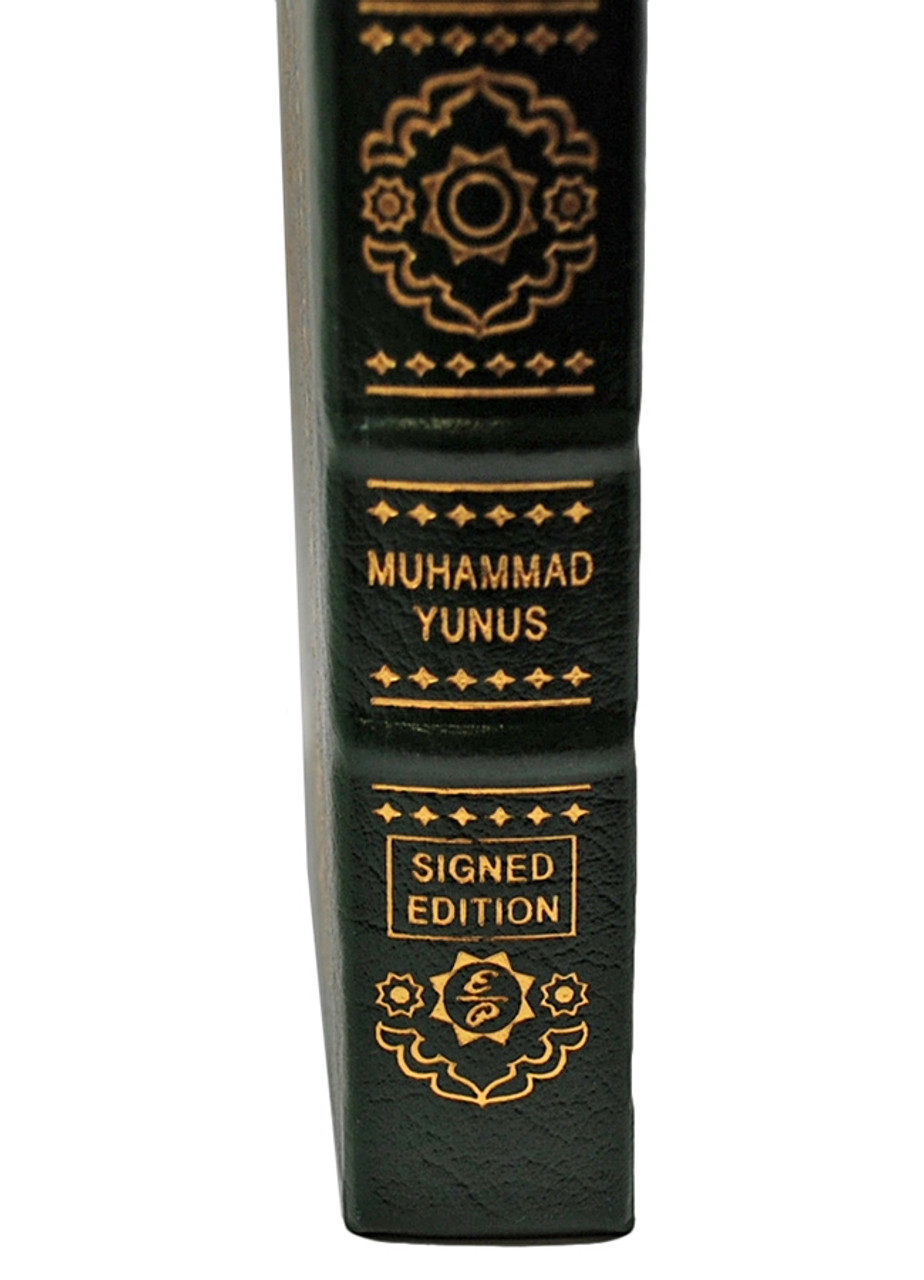 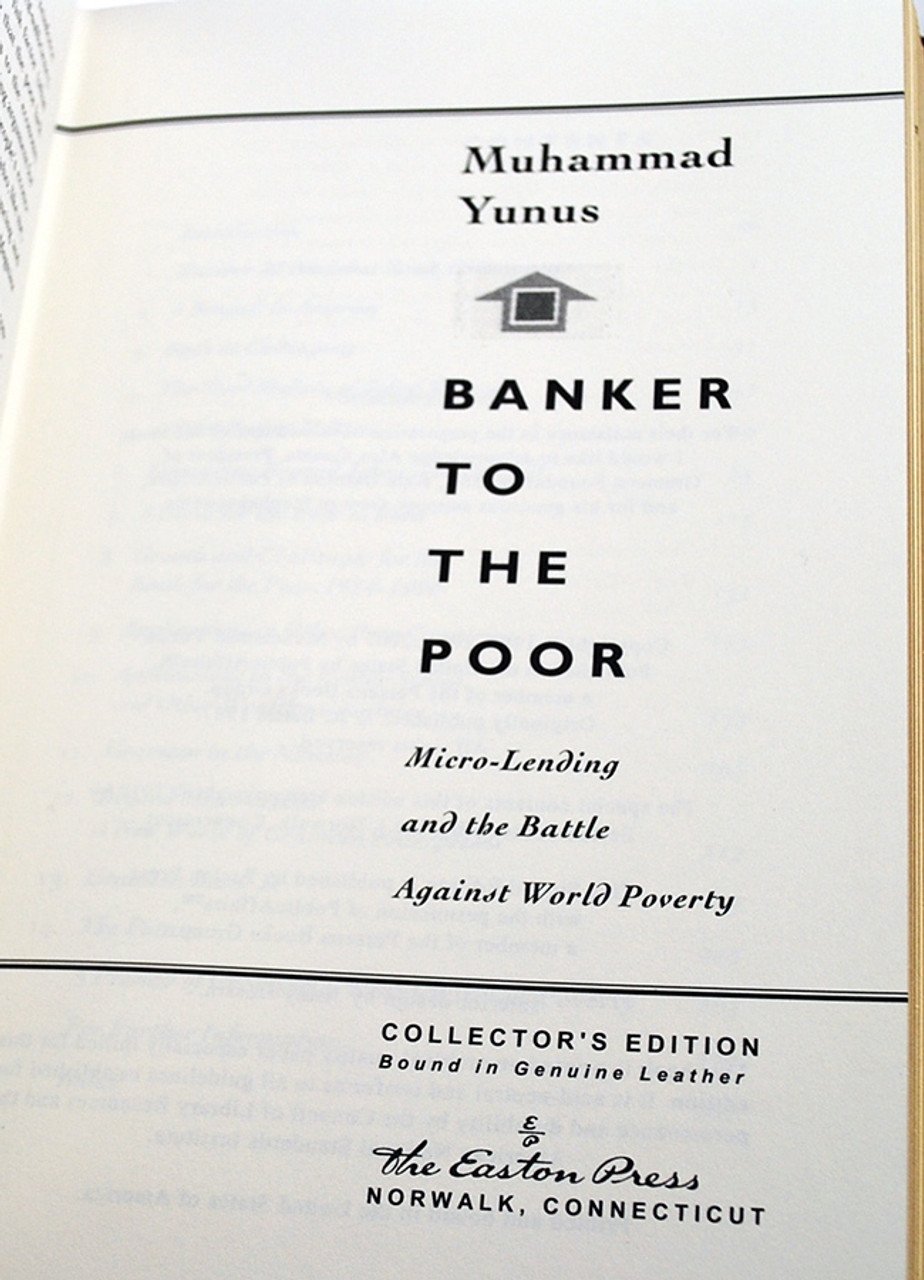 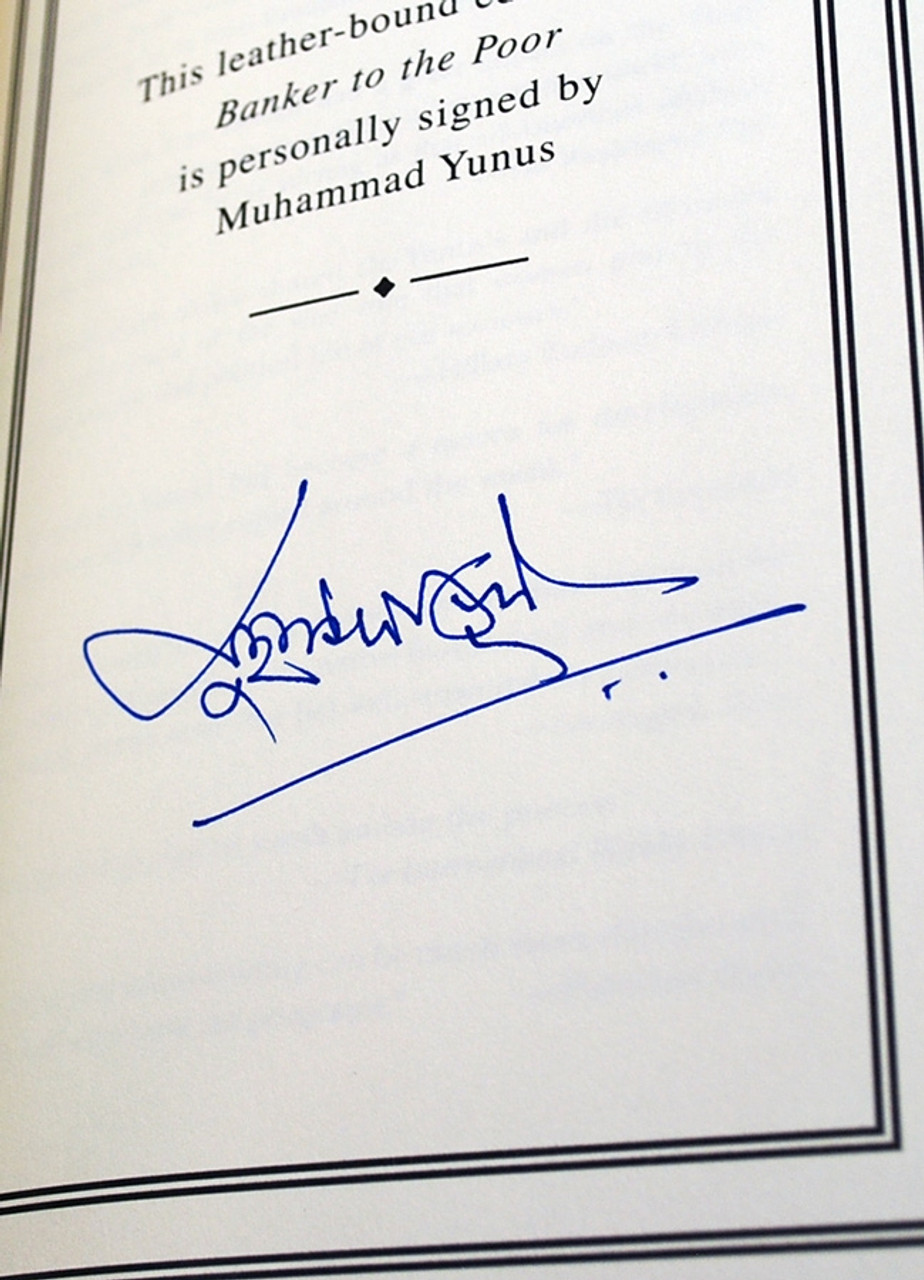 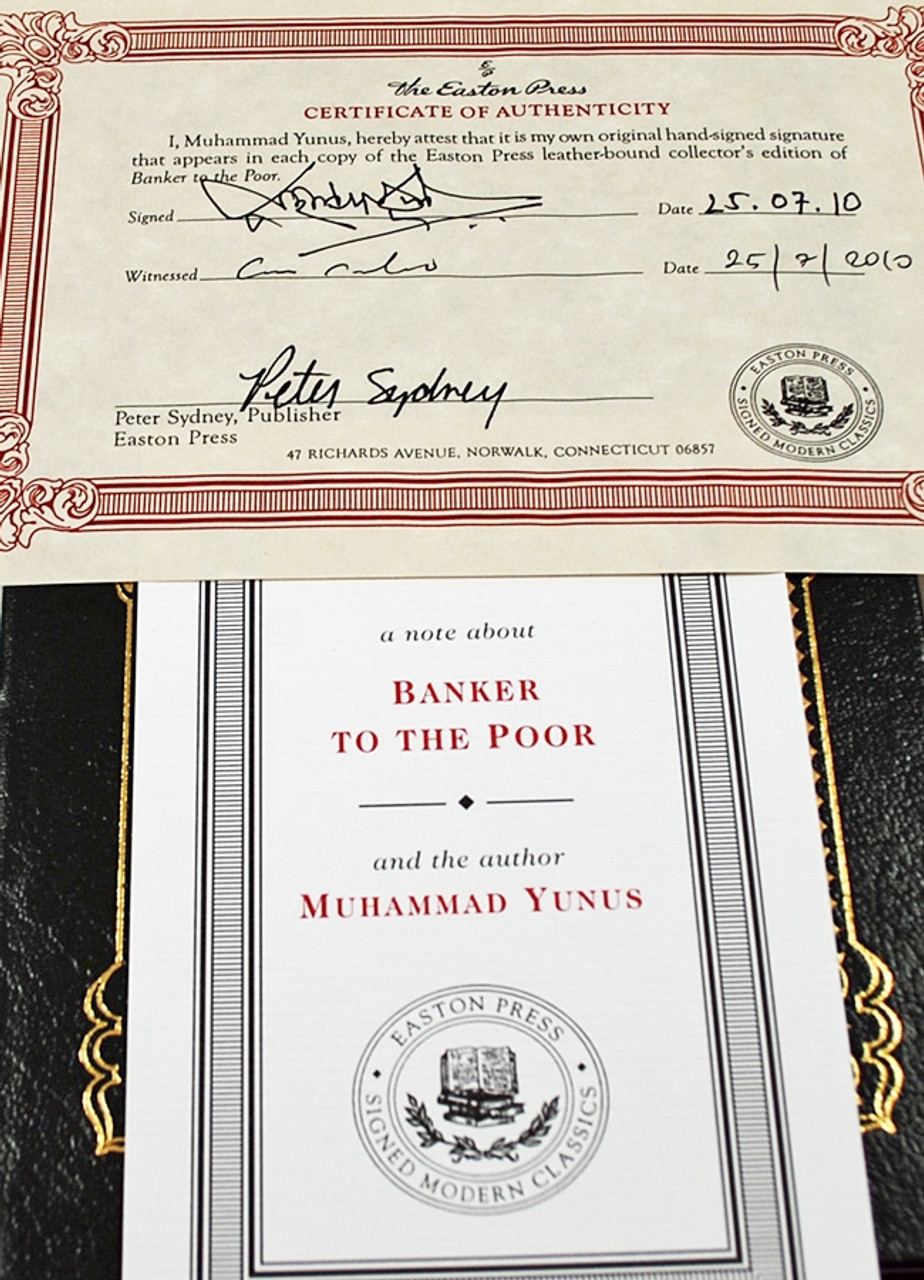 
Easton Press, Norwalk CT. 2007 Muhammad Yunus "Banker to the Poor" Signed Limited Edition. Leather bound collector's edition. Includes original collector's note card along with the publisher issued COA that is signed and dated by the author along with a witness and the publisher.
In 1983, Muhammad Yunus established Grameen, a bank devoted to providing the poorest of Bangladesh with minuscule loans. Twenty-three years later they won the Nobel Prize for Peace for their work in eradicating poverty. This is an inspiring story of one man’s realization that access to even a small amount of credit can transform the lives of the poorest citizens of the world. Yunus aimed to help the poor by supporting the spark of personal initiative and enterprise by which they could lift themselves out of poverty forever. It was an idea born on a day in 1976 when he loaned $27 from his own pocket to forty-two people living in a tiny village. These micro-entrepreneurs only needed enough credit to purchase the raw materials for their trade. Yunus’s small loan helped them break the cycle of poverty for good. His solution to world poverty, founded on the belief that credit is a fundamental human right, is brilliantly simple: lend poor people money on terms that are suitable to them, teach them a few sound financial principles, and they will help themselves. Yunus’s theories work. Grameen Bank has provided loans totaling six billion dollars to seven million families in rural Bangladesh. Today, more than 250 institutions in nearly 100 countries operate micro-credit programs based on the Grameen methodology, placing Grameen at the forefront of a burgeoning world movement toward eradicating poverty through micro-lending.

Reviews
“Yunus—a man of vision, practical ability, and drive—has written a charming and often moving autobiography about how he came to be one of the most celebrated anti-poverty campaigners of our era.” —Finance

“The Grameen Bank idea has helped millions worldwide to better their lives: Take good people with little wealth but lots of energy and vision, add in good faith, sound rules about lending money, and some good principles to live by, and you have a recipe for prosperity.” —Parade Magazine About the Author
Muhammad Yunus was born in Chittagong, Bangladesh, educated at Dhaka University, was awarded a Fulbright scholarship to study economics at Vanderbilt University, and became head of the economics department at Chittagong University in 1972. He is the founder and managing director of Grameen Bank. Yunus and Grameen Bank are winners of the 2006 Nobel Peace Prize.

Muhammad Yunus was born in Chittagong, Bangladesh, educated at Dhaka University, was awarded a Fulbright scholarship to study economics at Vanderbilt University, and became head of the economics department at Chittagong University in 1972. He is the founder and managing director of Grameen Bank. Yunus and Grameen Bank are winners of the 2006 Nobel Peace Prize.
VERY FINE GUARANTEED. A wonderful bright clean copy free of any markings, writings, or stamps. Unread book with sharp corners that are not bumped. Tight and square spine. No attached bookplates or indication of any removed, and free of tobacco odors. The gilded page edges are free of any marks, spots, or blemishes.