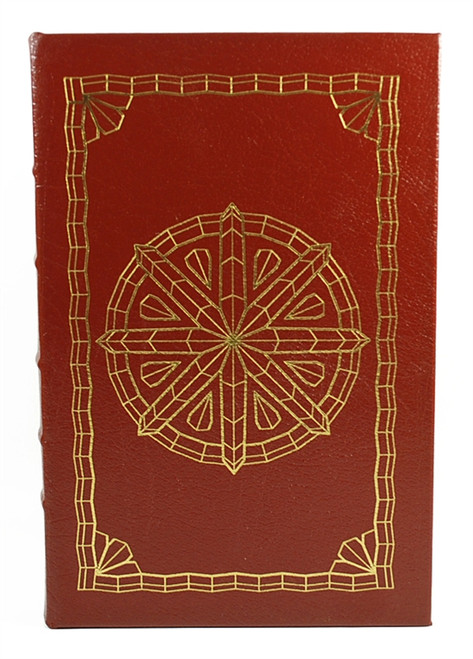 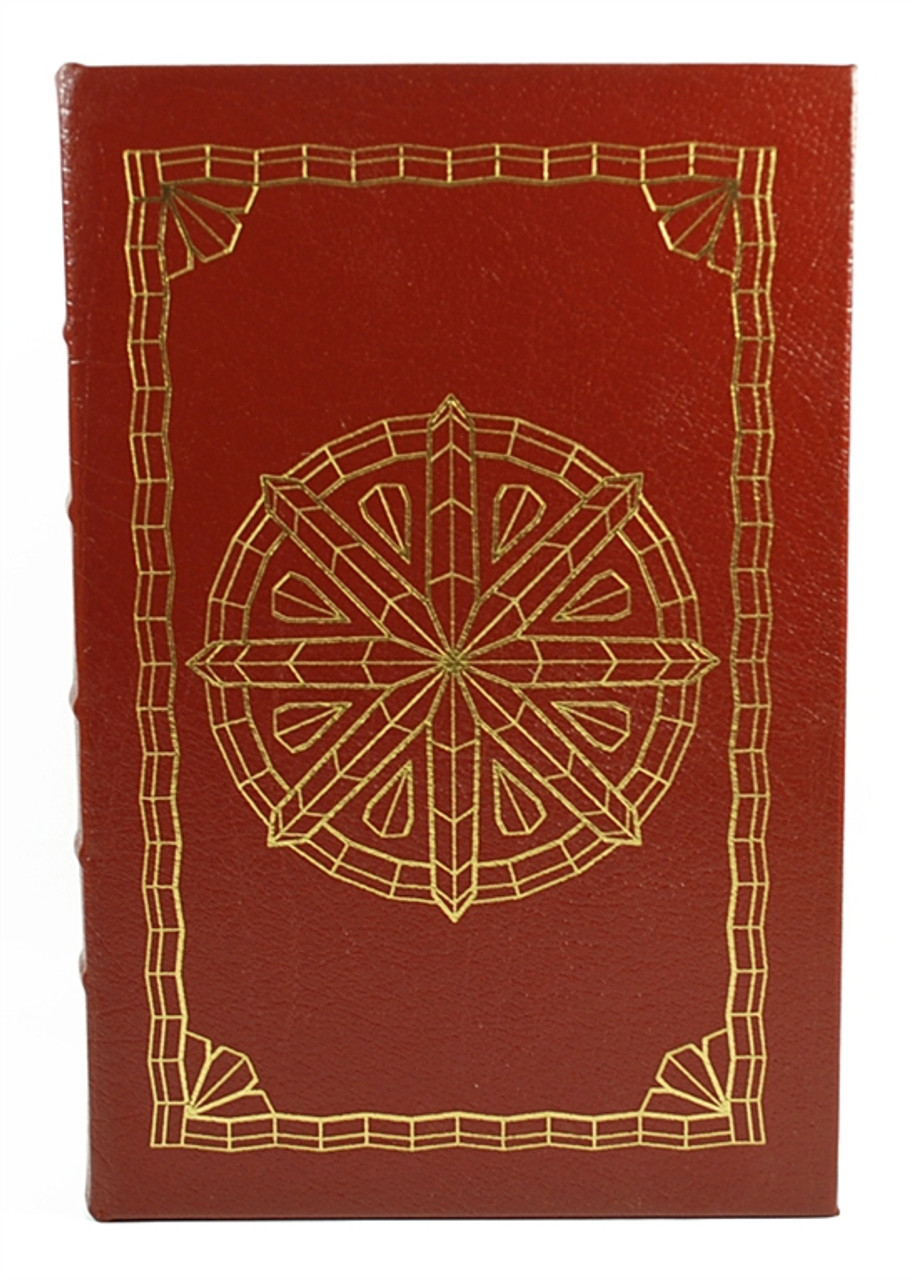 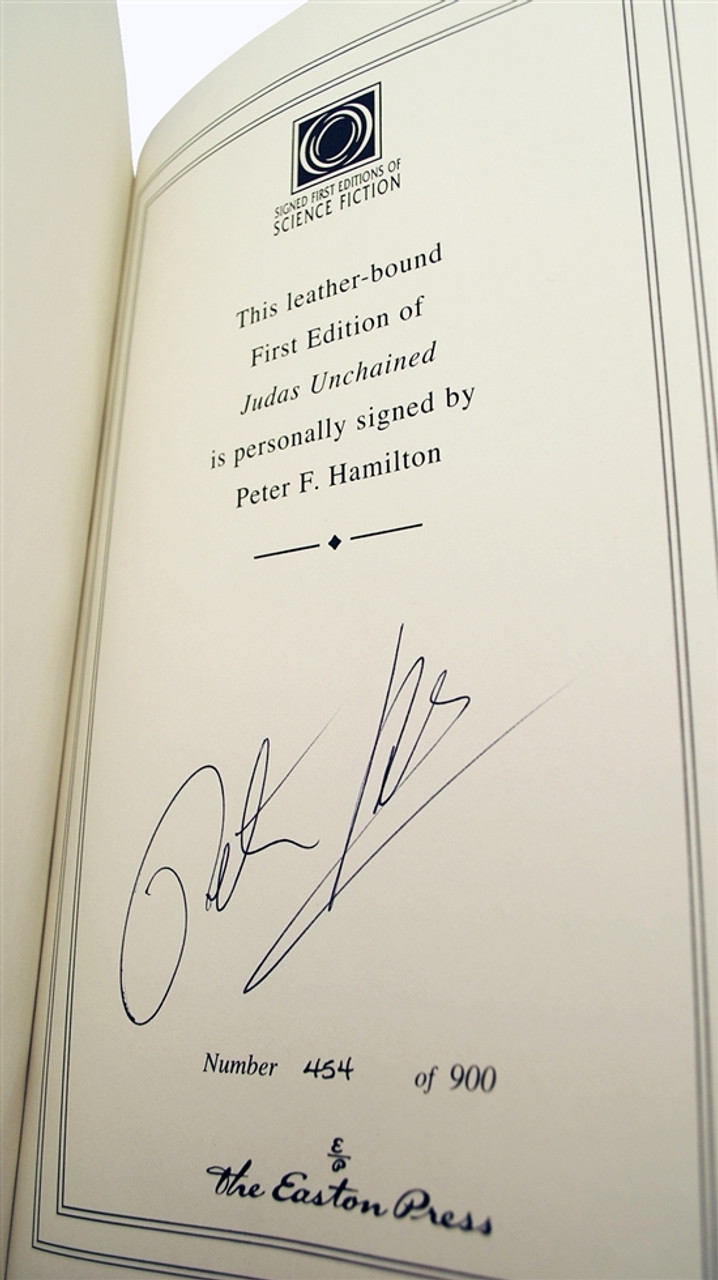 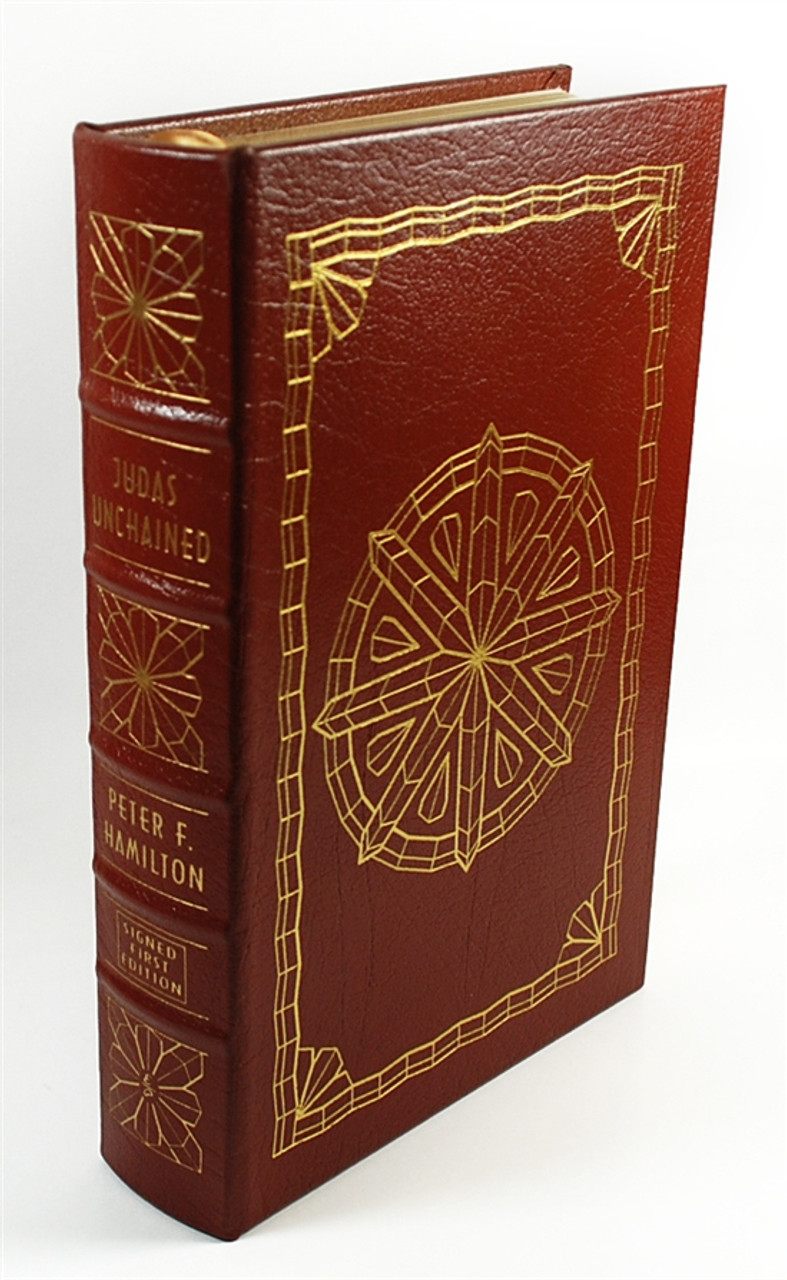 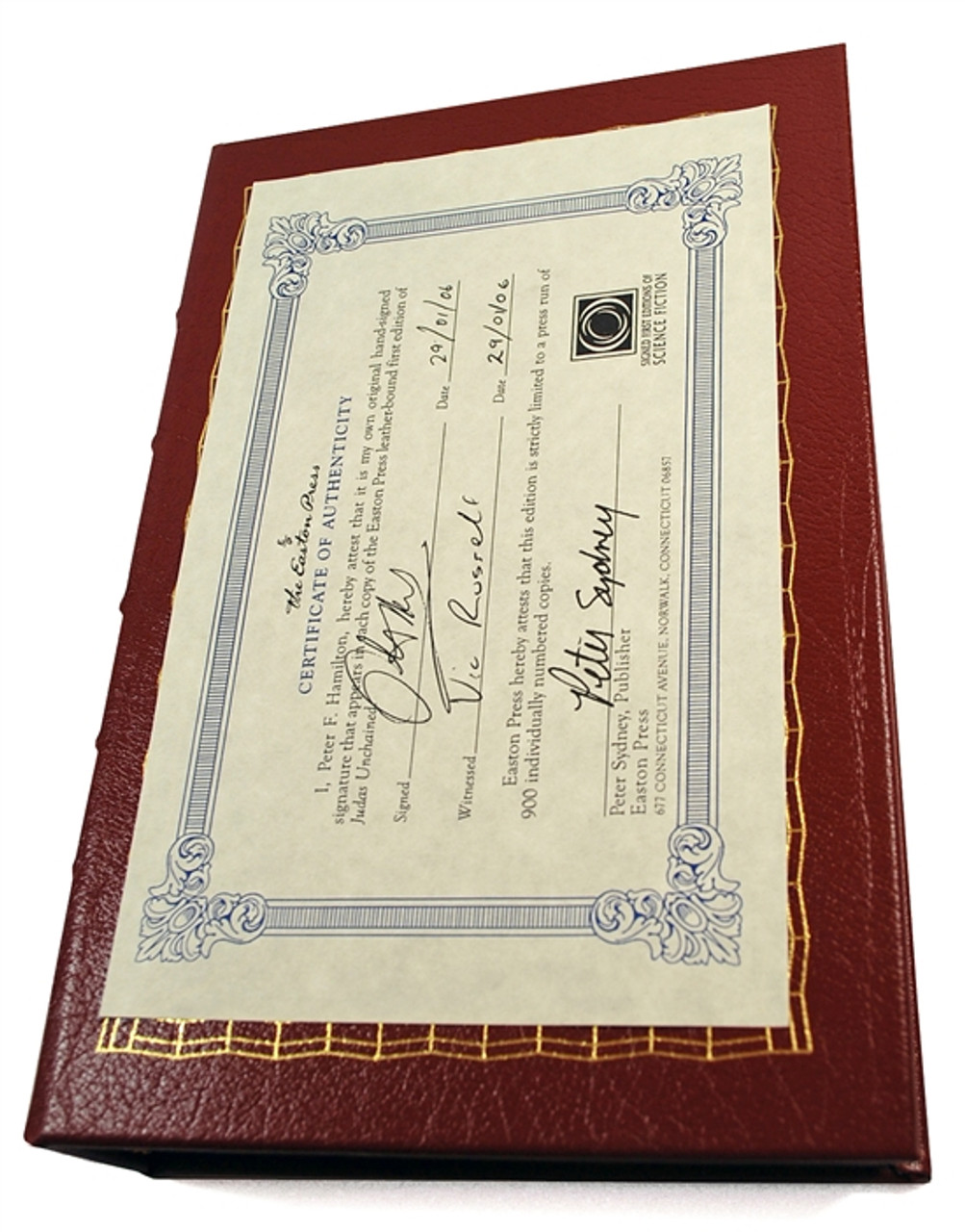 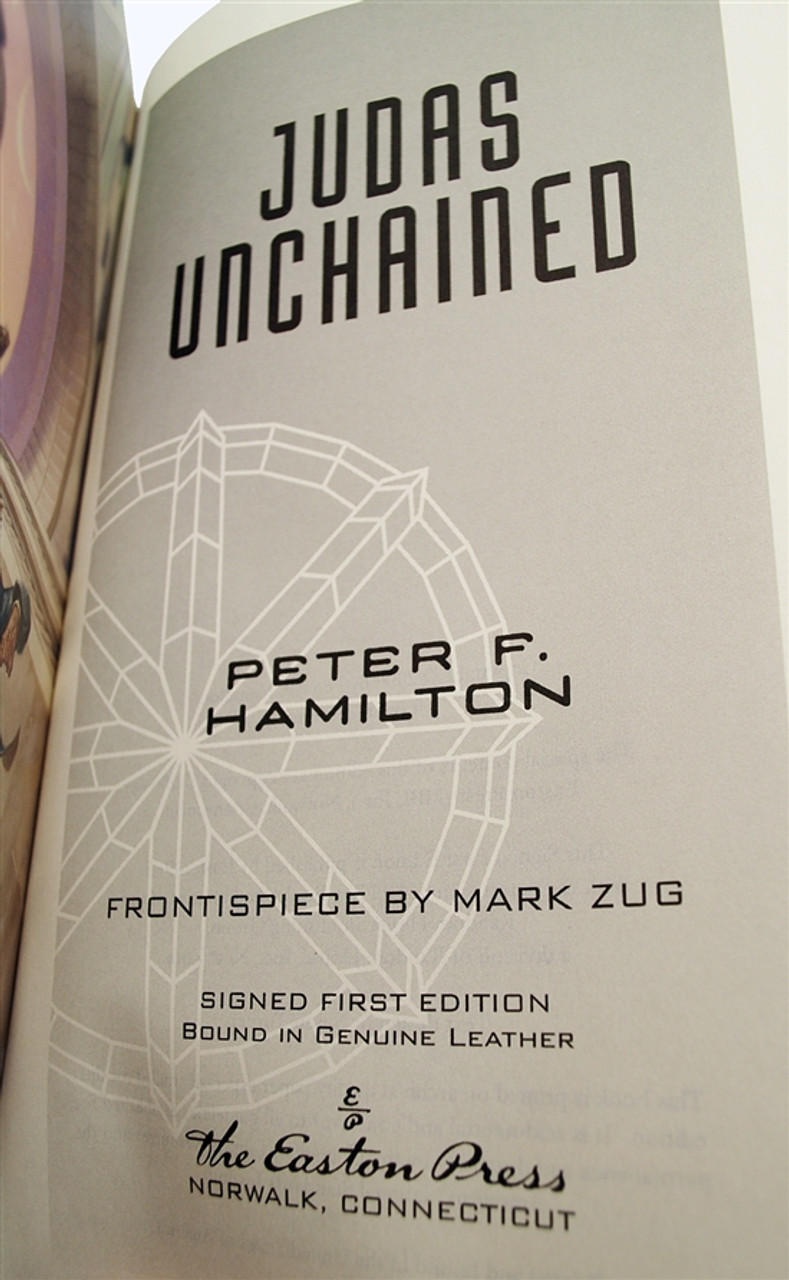 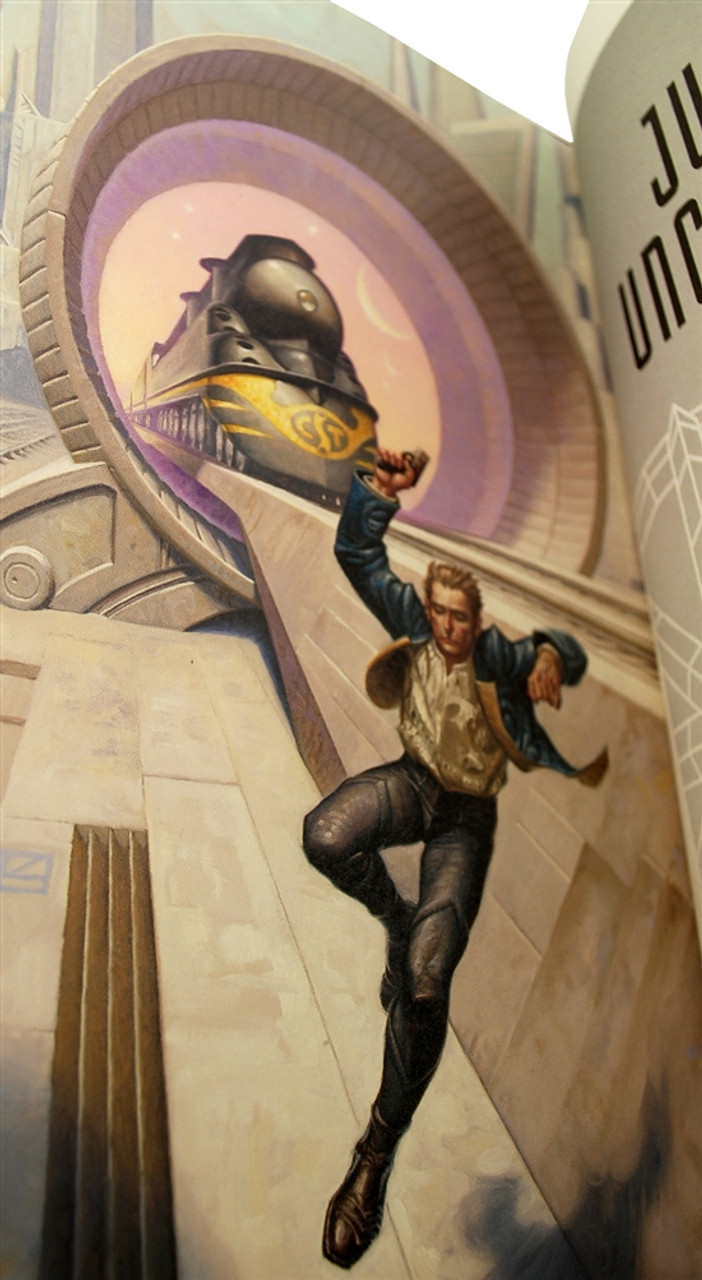 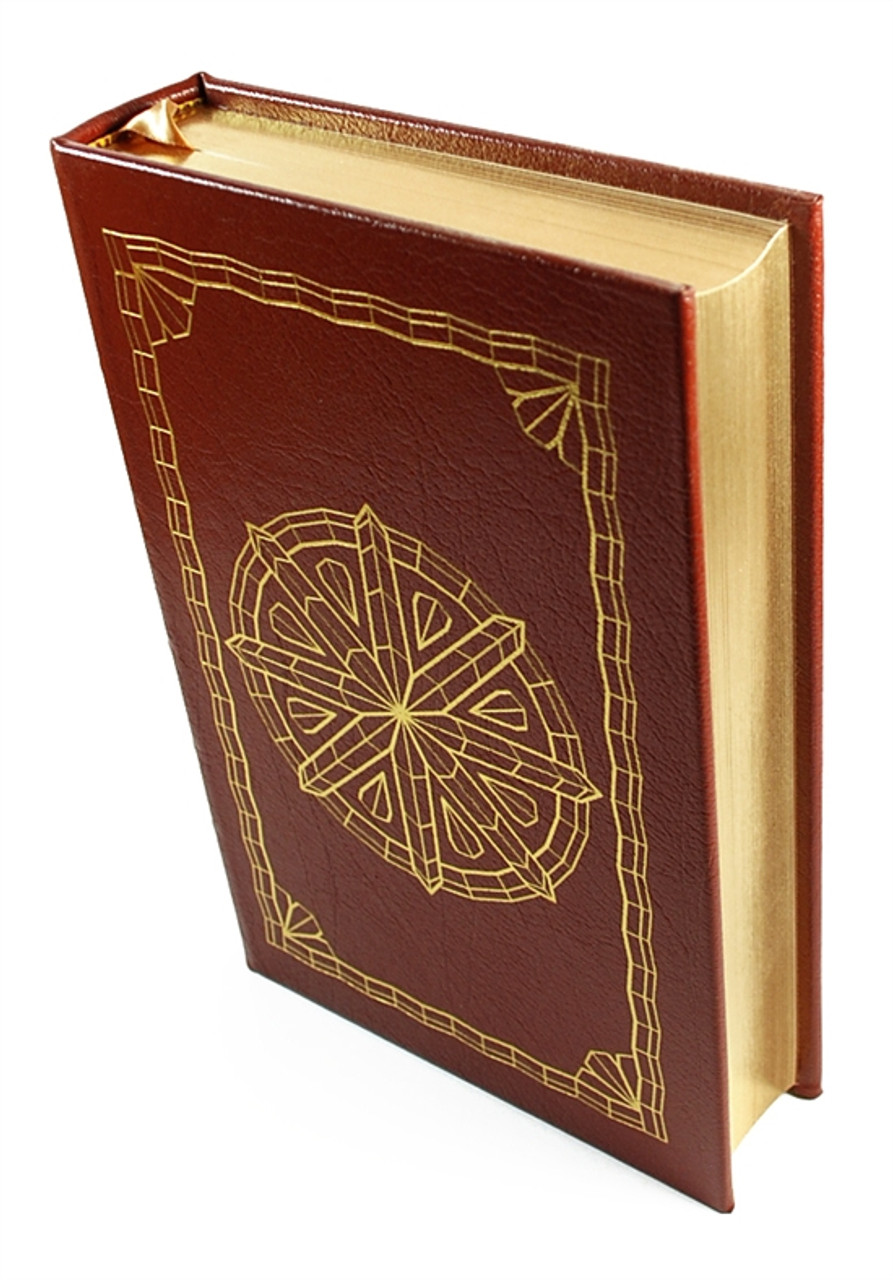 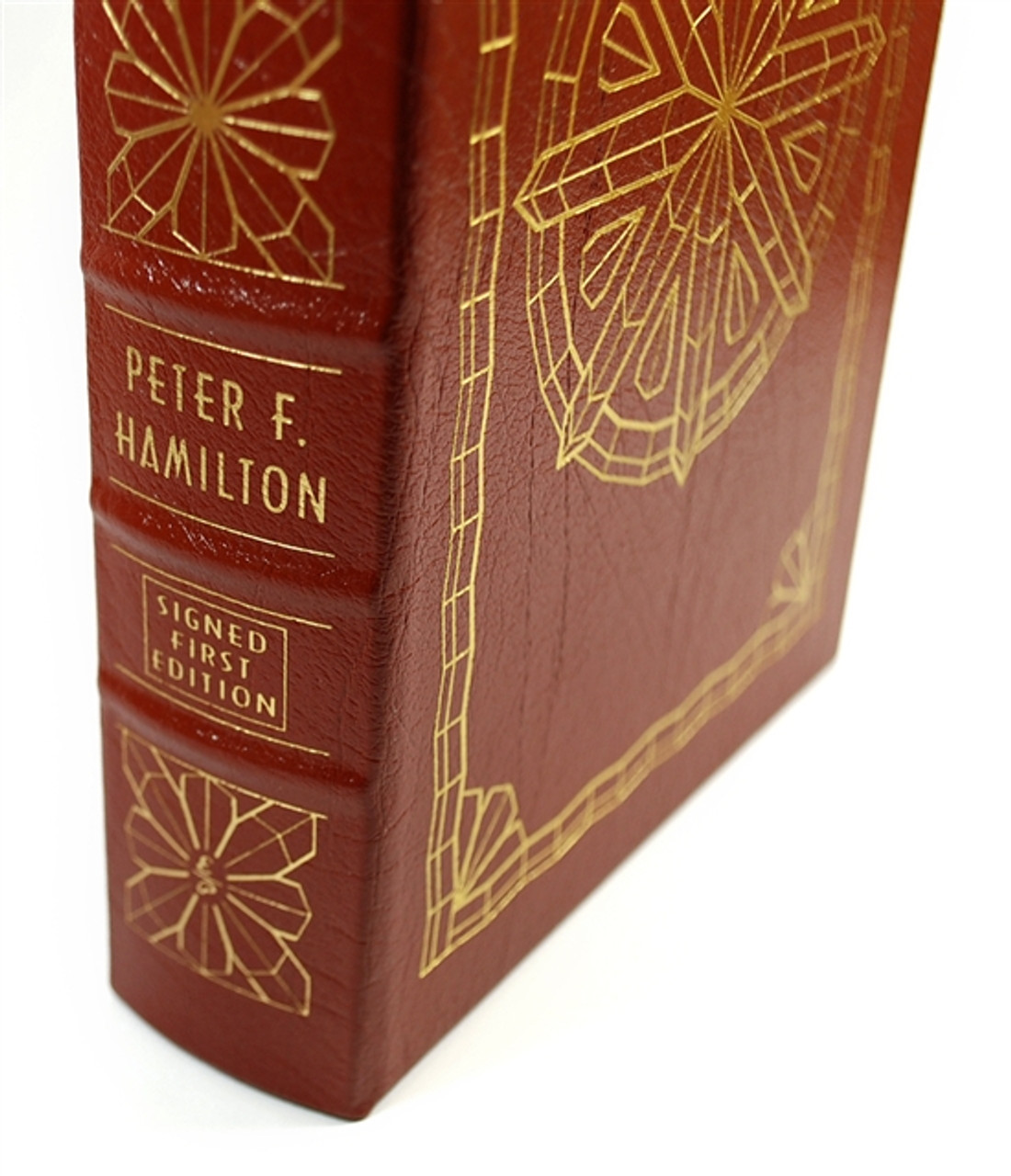 
Easton Press. Norwalk, CT. 2006. 827 pages. SIGNED BY AUTHOR. Signed First Edition - Limited Collector's Edition. A great unique gift for yourself or for a loved one. A luxurious leather bound masterpiece from the Signed First Edition of Science Fiction collection by Easton Press. Beautifully illustrated and bound in full genuine leather. A rare signed first edition for the discerning collector. Includes COA from the publisher Easton Press. This is number 454 of only 900 issued.

About
Peter F. Hamilton's superbly imagined, cunningly plotted interstellar adventures are conceived on a staggeringly epic scale and filled with fully realized human and alien characters as complex as they are engaging. No mere world builder, Hamilton creates entire universes�and he does so with irresistible flair and intelligence. His previous novel, the acclaimed Pandora's Star, introduced the Intersolar Commonwealth, a star-spanning civilization of the twenty-fourth century. Robust, peaceful, and confident, the Commonwealth dispatched a ship to investigate the mystery of a disappearing star, only to inadvertently unleash a predatory alien species that turned on its liberators, striking hard, fast, and utterly without mercy. The Prime are the Commonwealth's worst nightmare.

Coexistence is impossible with the technologically advanced aliens, who are genetically hardwired to exterminate all other forms of life. Twenty-three planets have already fallen to the invaders, with casualties in the hundreds of millions. And no one knows when or where the genocidal Prime will strike next. Nor are the Prime the only threat. For more than a hundred years, a shadowy cult, the Guardians of Selfhood, has warned that an alien with mind-control abilities impossible to detect or resist the Starflyer has secretly infiltrated the Commonwealth. Branded as terrorists, the Guardians and their leader, Bradley Johansson, have been hunted by relentless investigator Paula Myo. But now evidence suggests that the Guardians were right all along, and that the Starflyer has placed agents in vital posts throughout the Commonwealth�agents who are now sabotaging the war effort. Is the Starflyer an ally of the Prime, or has it orchestrated a fight to the death between the two species for its own advantage? Caught between two deadly enemies, one a brutal invader striking from without, the other a remorseless cancer killing from within, the fractious Commonwealth must unite as never before. This will be humanity's finest hour or its last gasp.

About the author
Peter F. Hamilton was born in Rutland in 1960, and still lives near Rutland Water. His previous novels are the Greg Mandel series and the bestselling 'Night's Dawn' trilogy: The Reality Dysfunction , The Neutronium Alchemist and The Naked God. Also published by Macmillan (and Pan) is A Second Chance at Eden, a novella and six short stories, and The Confederation Handbook, a vital guide to the 'Night's Dawn' trilogy. His most recent novels were Fallen Dragon, Misspent Youth, Pandora's Star and Judas Unchained.

Very fine without any flaws. A wonderful bright clean copy. Unread book with no bumped corners. Sharp corners. No marks, writings or stamps. All photos of actual book.

The Saga begins in 2380, the human race has had wormhole technology for over 300 years thanks to the work of Nigel Sheldon and Ozzie Isaacs, and has colonised several hundred planets across hundreds...