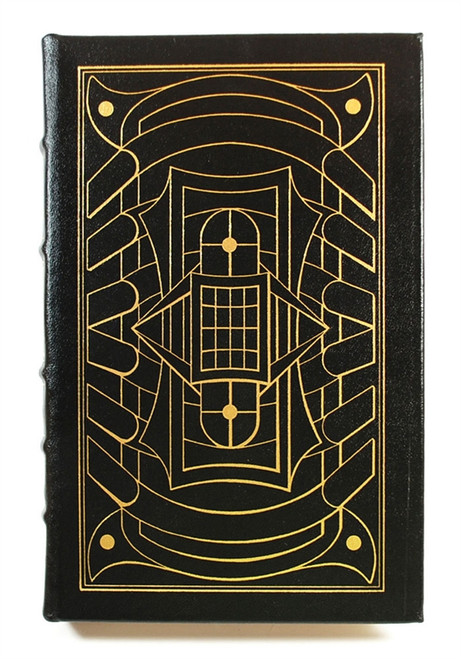 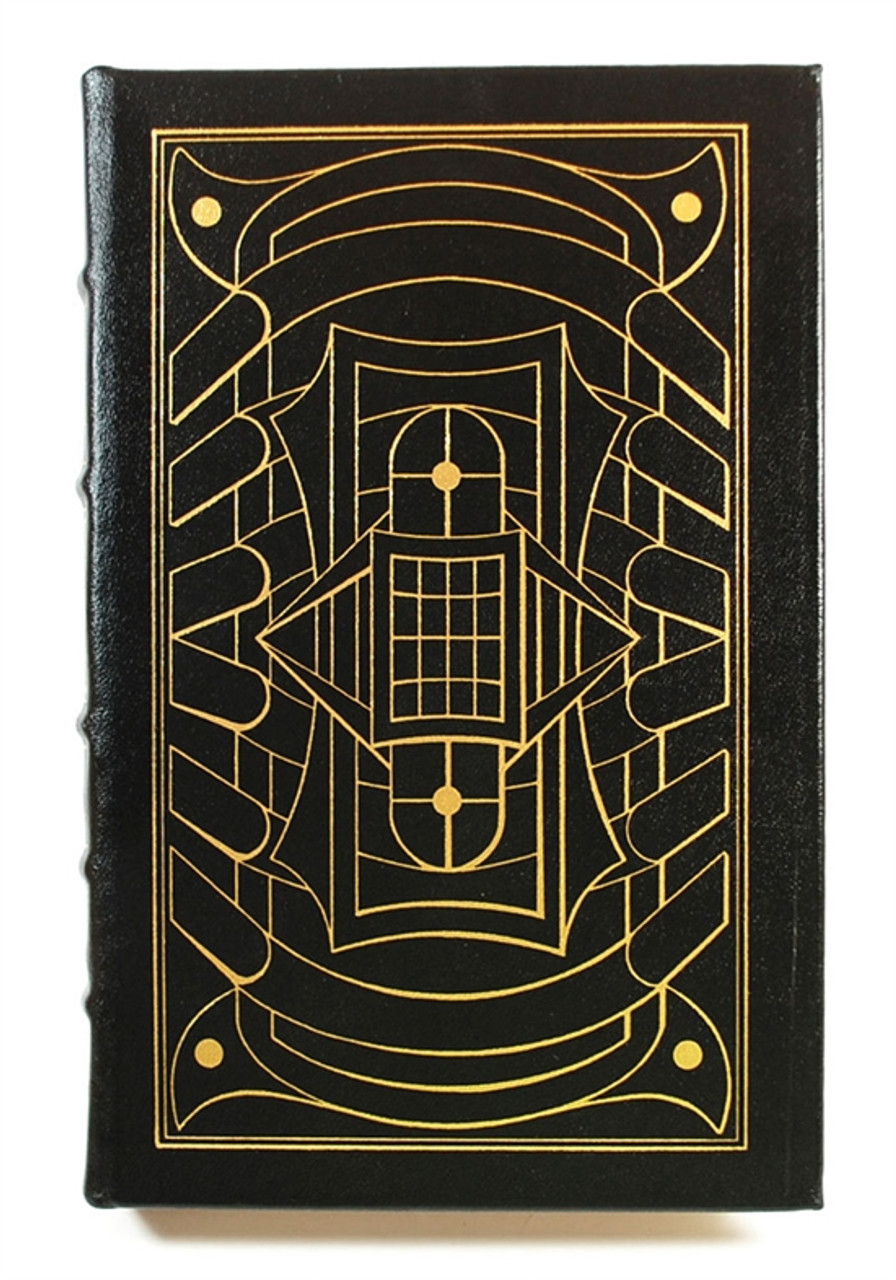 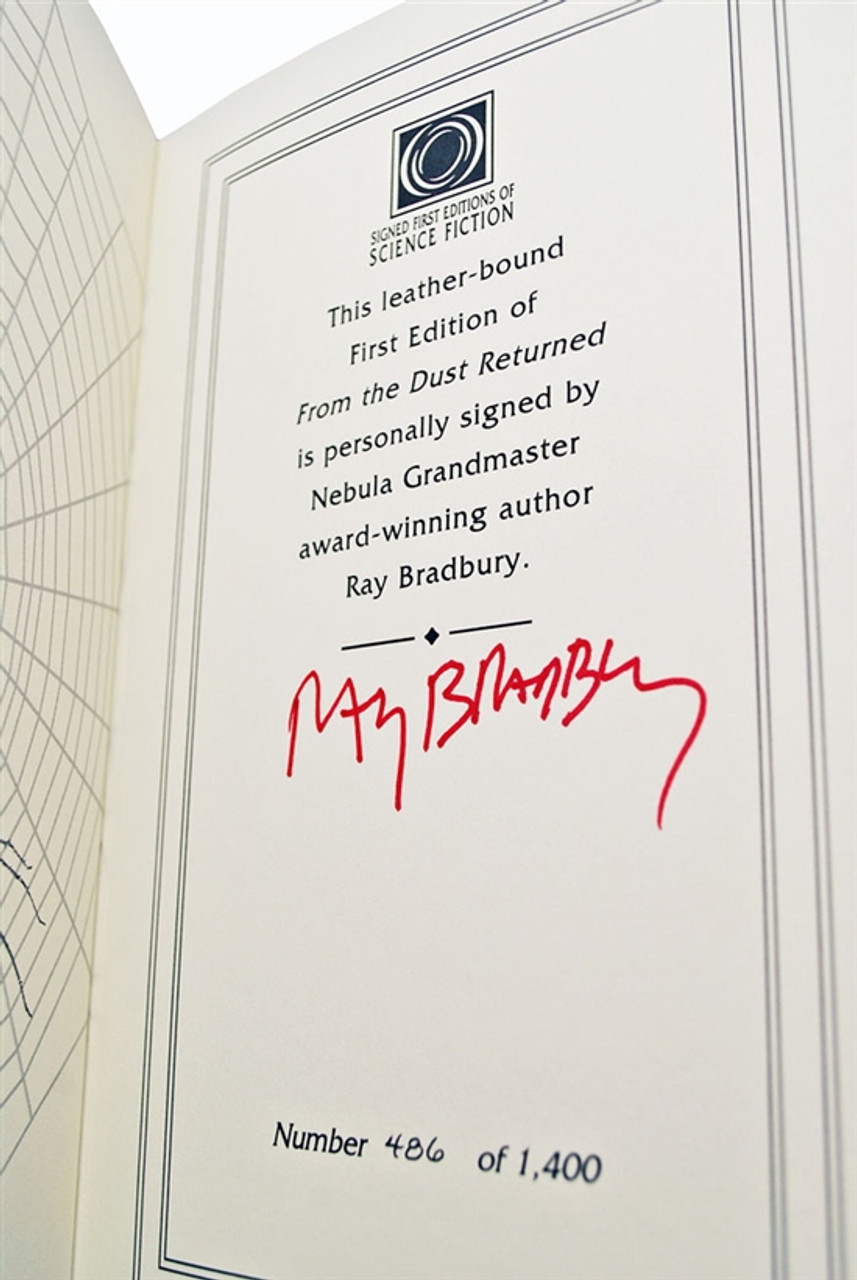 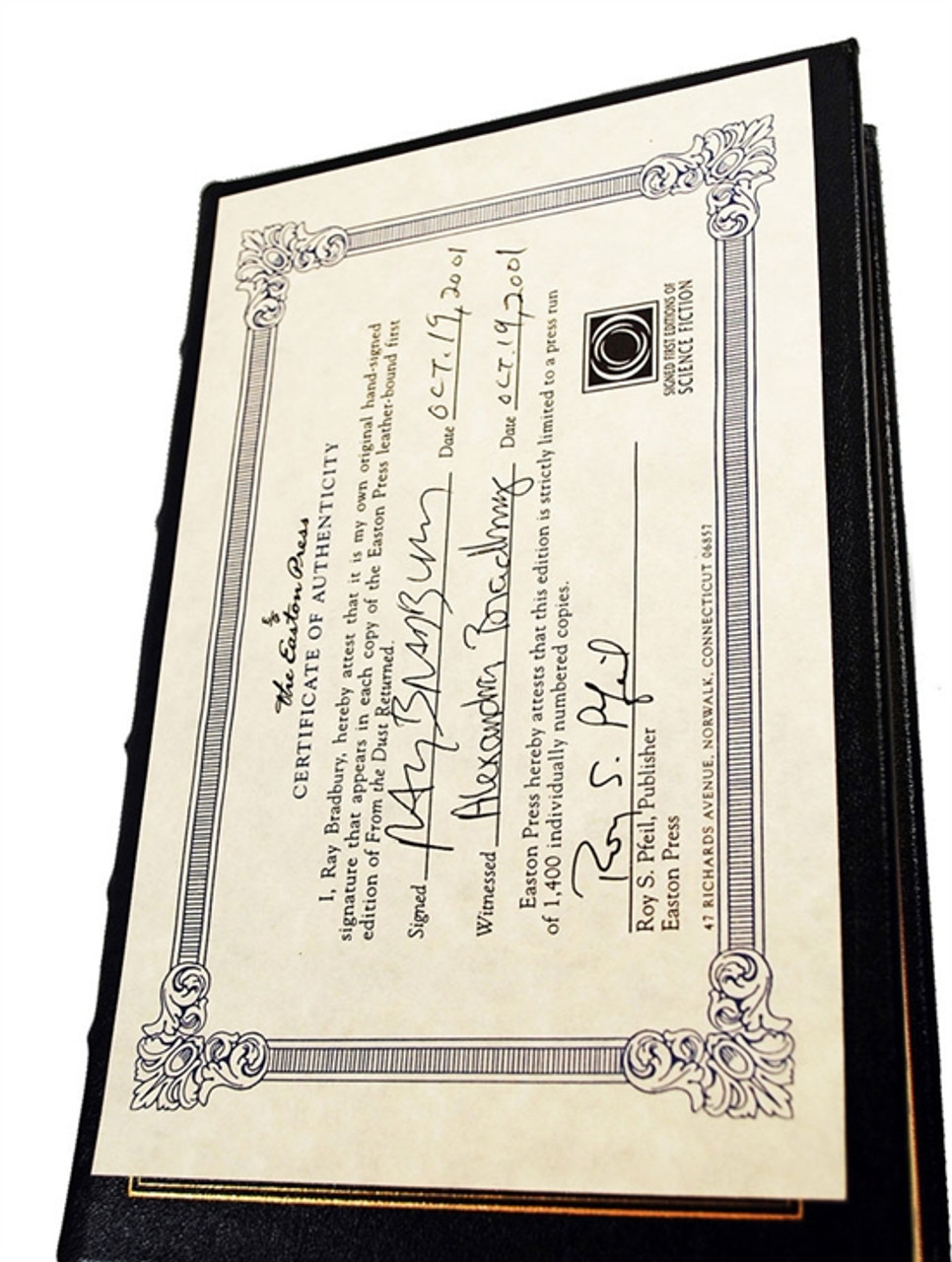 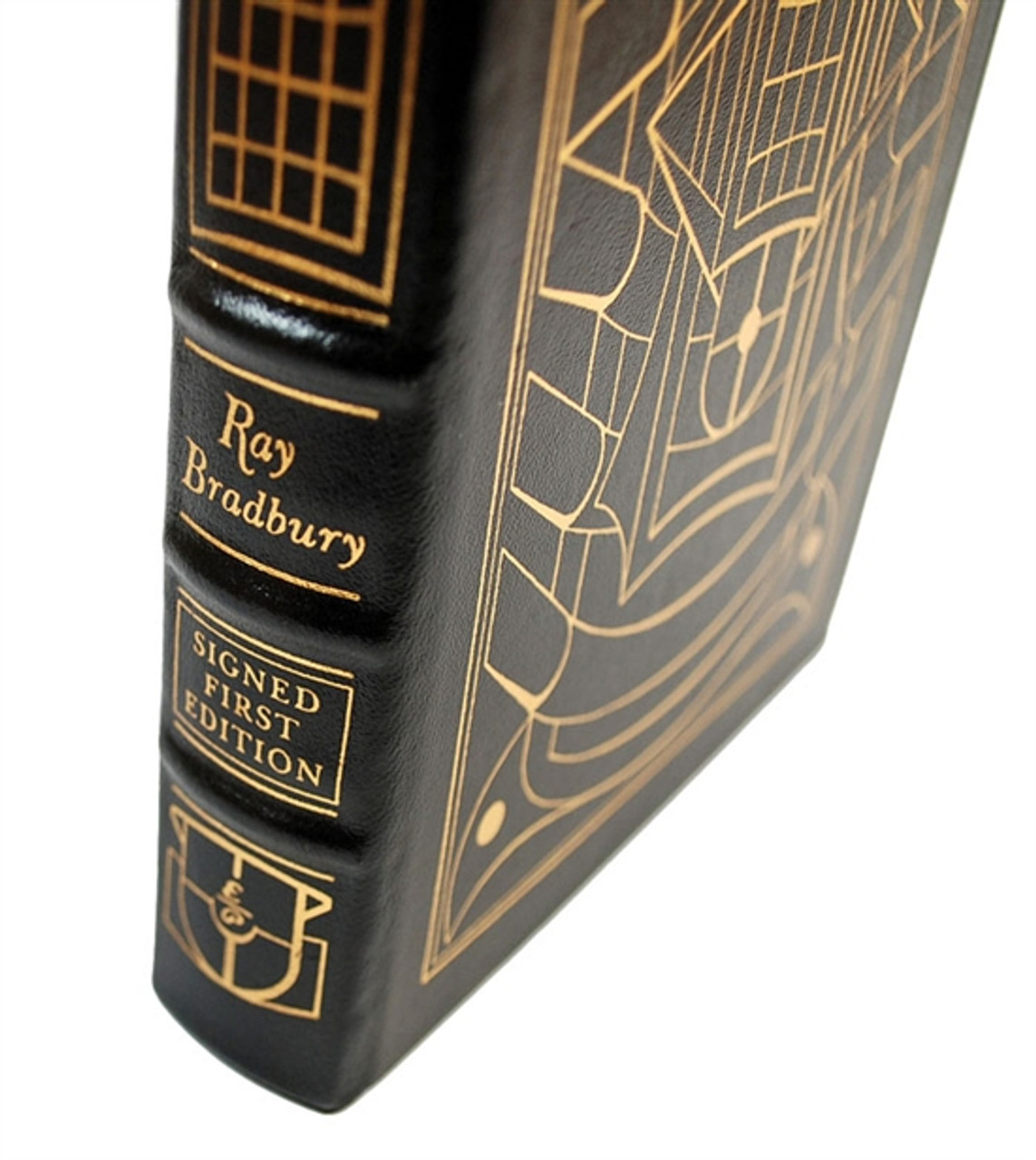 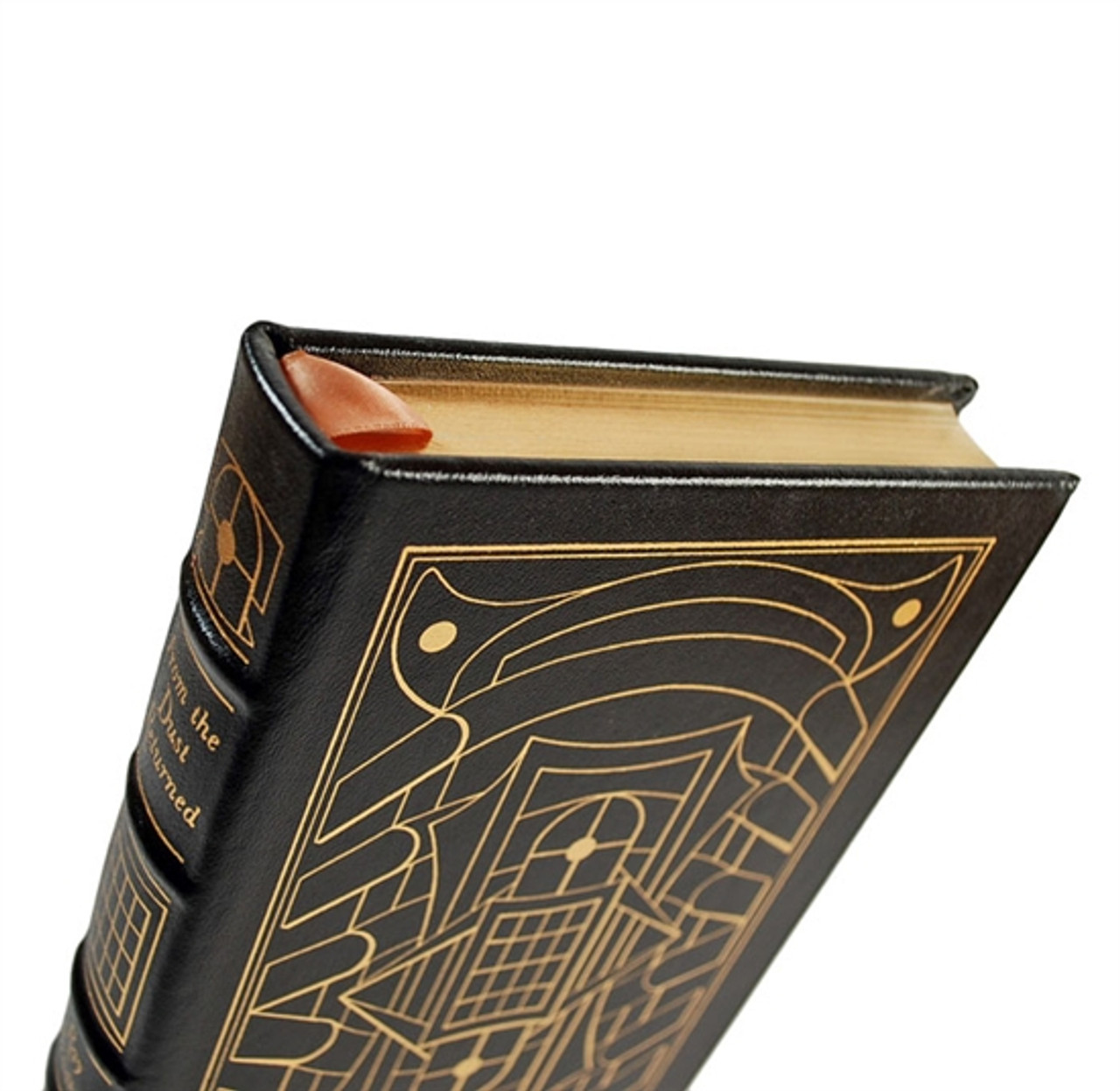 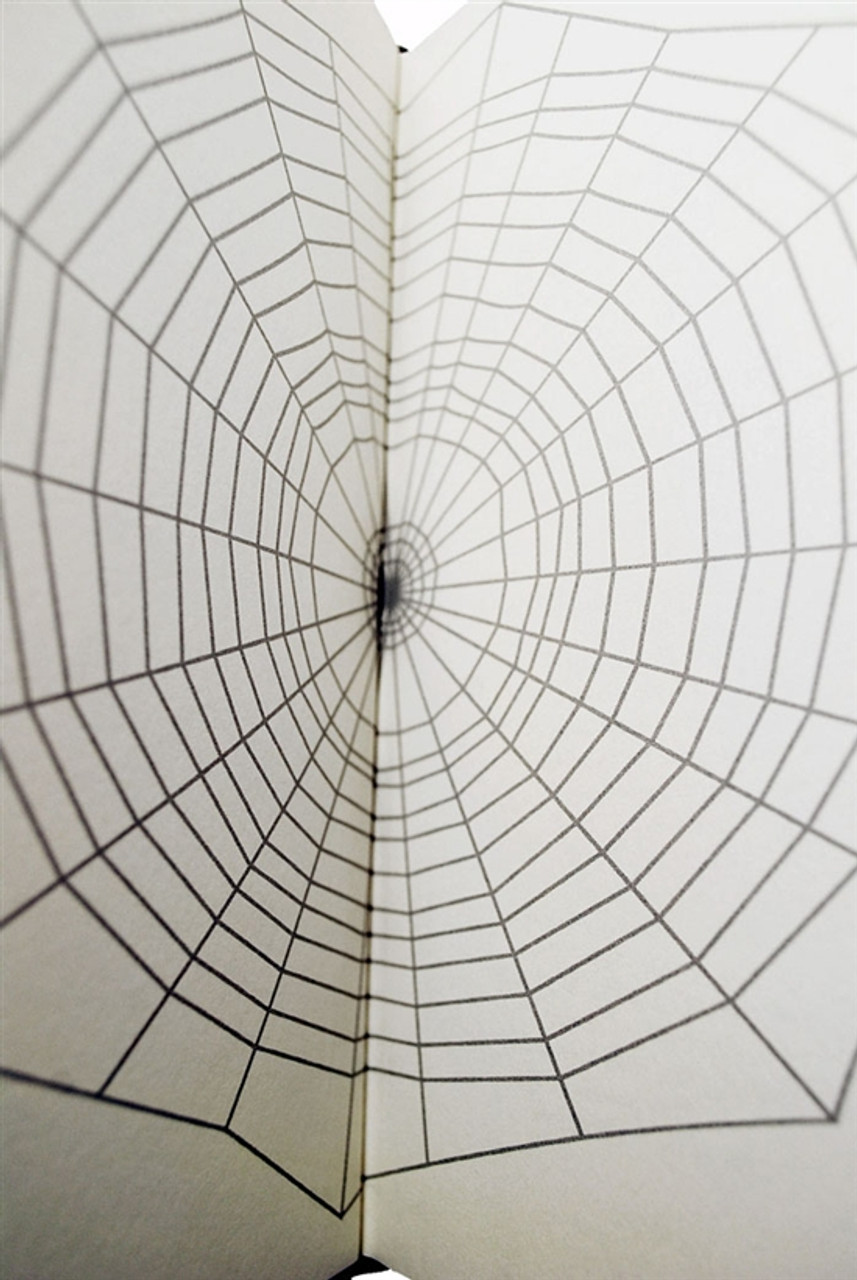 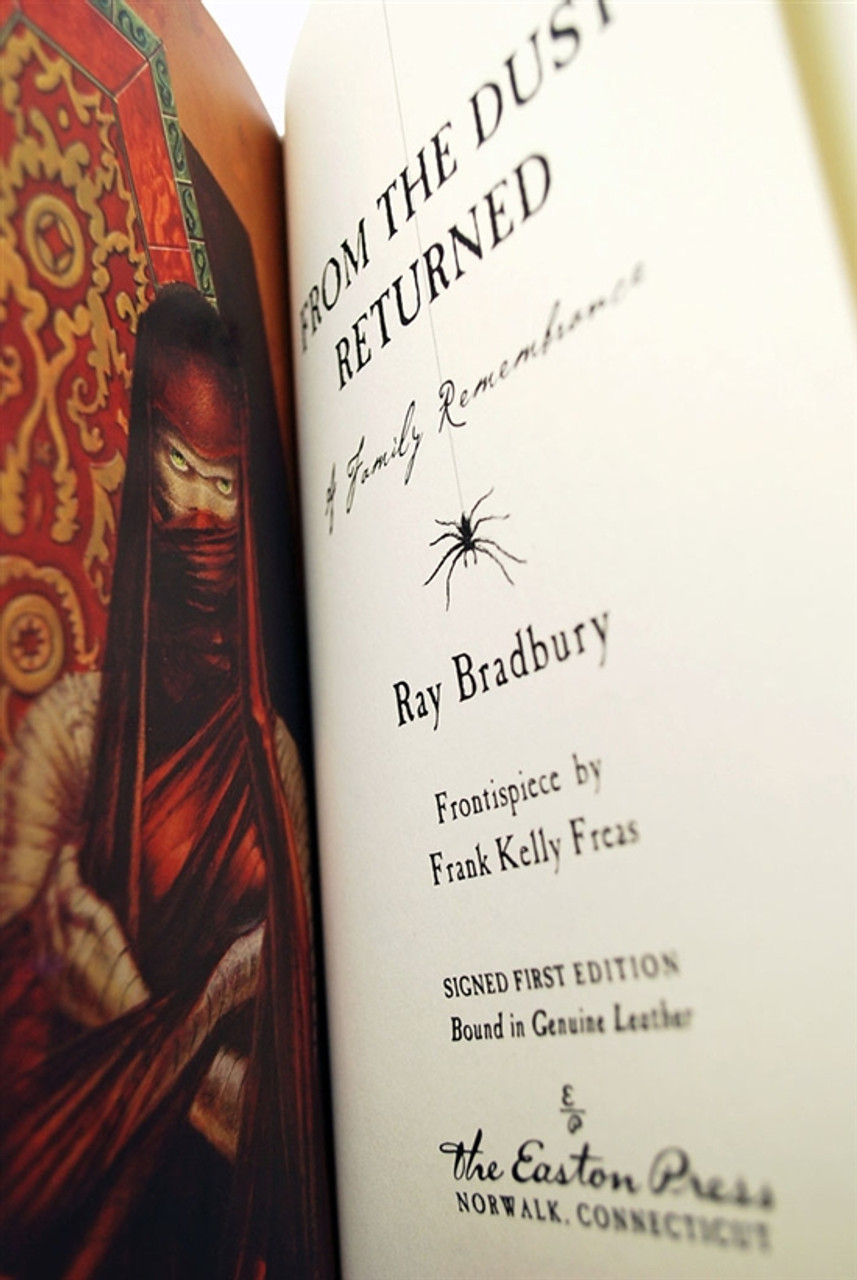 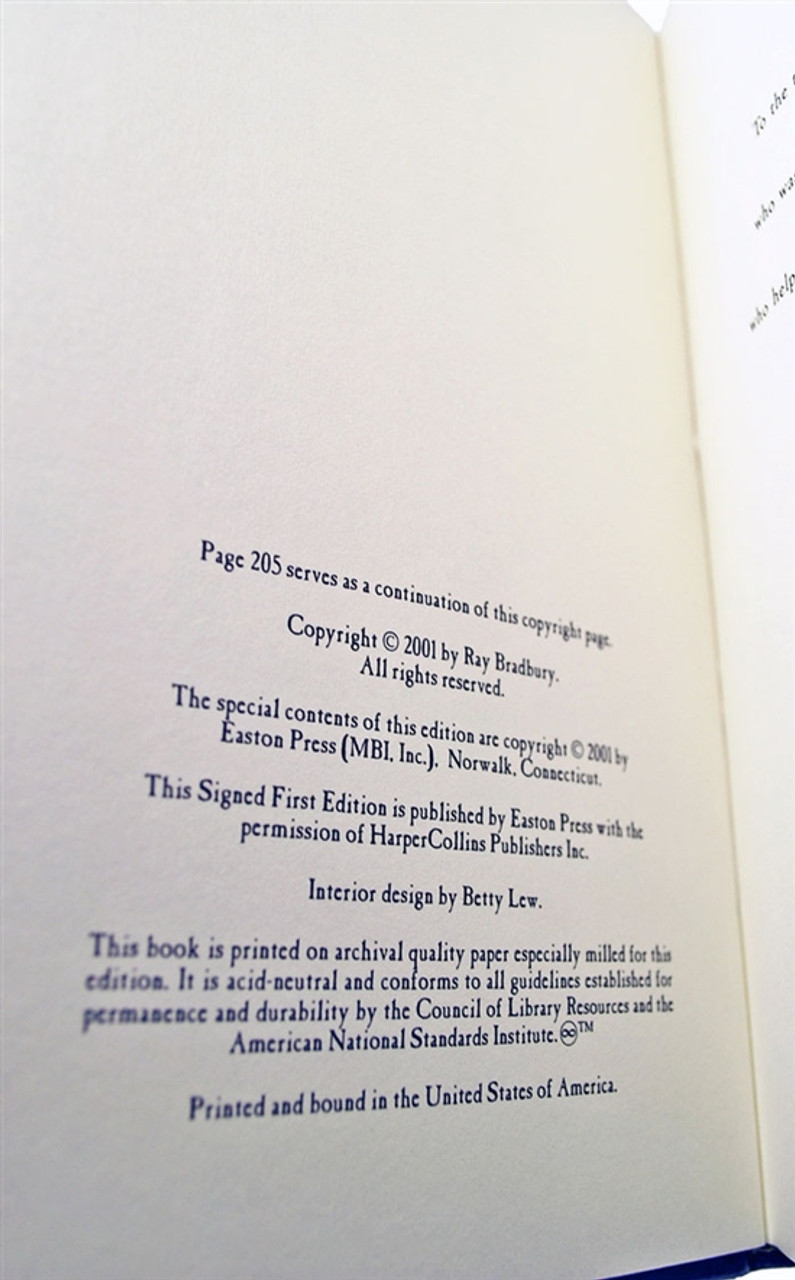 Personally hand signed by the late Ray Bradbury on a special limitation page with a bold red pen.

Makes a thoughtful and unique gift for the serious collector or science fiction fan in your life. This magnificent volume is part of the Signed First Edition of Science Fiction collection by Easton Press. Beautifully illustrated and bound in full genuine leather with elegant gold detailing.

Condition: Very Fine without any flaws. A wonderful bright clean copy. Unread book with no bumped corners. Sharp corners. No marks, writings or stamps. All photos of actual book.

About
Ray Bradbury, America's most beloved storyteller, has spent a lifetime carrying readers to exhilarating and dangerous places, from dark street comers in unfamiliar cities and towns to the edge of the universe. Now, in an extraordinary flight of the imagination a half-century in the making, he takes us to a most wondrous destination: into the heart of an Eternal Family.

They have lived for centuries in a house of legend and mystery in upper Illinois -- and they are not like other midwesterners. Rarely encountered in daylight hours, their children are curious and wild; their old ones have survived since before the Sphinx first sank its paws deep in Egyptian sands. And some sleep in beds with lids.

Now the house is being readied in anticipation of the gala homecoming that will gather together the farflung branches of this odd and remarkable family. In the past-midnight stillness can be detected the soft fluttering of Uncle Einars wings. From her realm of sleep, Cecy, the fairest and most special daughter, can feel the approach of many a welcome being -- shapeshifter, telepath, somnambulist, vampire -- as she flies high in the consciousness of bird and bat.

But in the midst of eager anticipation, a sense of doom pervades. For the world is changing. And death, no stranger, will always shadow this most singular family: Father, arisen from the Earth; Mother, who never sleeps but dreams; A Thousand Times Great Grandm�re; Grandfather, who keeps the wildness of youth between his ears.

And the boy who, more than anyone, carries the burden of time on his shoulders: Timothy, the sad and different foundling son who must share it all, remember, and tell...and who, alone out of all of them, must one day age and wither and die.

By turns lyrical, wistful, poignant, and chilling, From the Dust Returned is the long-awaited new novel by the peerless Ray Bradbury -- a book that will surely be numbered among his most enduring masterworks.

Ray Bradbury (August 22, 1920 - June 5, 2012) published some 500 short stories, novels, plays and poems since his first story appeared in Weird Tales when he was twenty years old. Among his many famous works are "Fahrenheit 451," "The Illustrated Man," and "The Martian Chronicles."

Bradbury sold his first story, "The Lake," for $13.75 at the age of twenty-two. He became a full-time writer by the end of 1942. His first collection of short stories, "Dark Carnival," was published in 1947 by Arkham House, a small press in Sauk City, Wisconsin, owned by writer August Derleth. Reviewing "Dark Carnival" for the New York Herald Tribune, Will Cuppy proclaimed Bradbury "suitable for general consumption" and predicted that he would become a writer of the caliber of British fantasy author John Collier.

Besides his fiction work, Bradbury wrote many short essays on the arts and culture, attracting the attention of critics in this field. Bradbury also hosted "The Ray Bradbury Theater," which was based on his short stories. Bradbury was a consultant for the American Pavilion at the 1964 New York World's Fair and the original exhibit housed in Epcot's Spaceship Earth geosphere at Walt Disney World.

Bradbury was the recipient of many prestigious awards, including the American Academy of Arts and Letters for contributions to American literature, The Benjamin Franklin Award, the National Medal of the Arts, and a Pulitzer Prize special citation for prolific and unmatched career and influence.