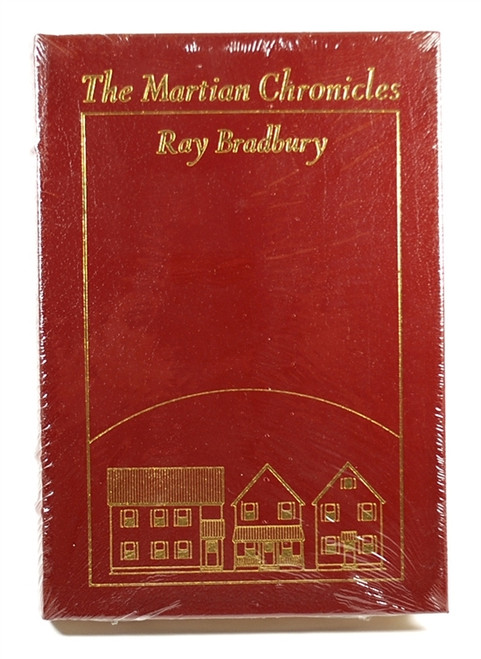 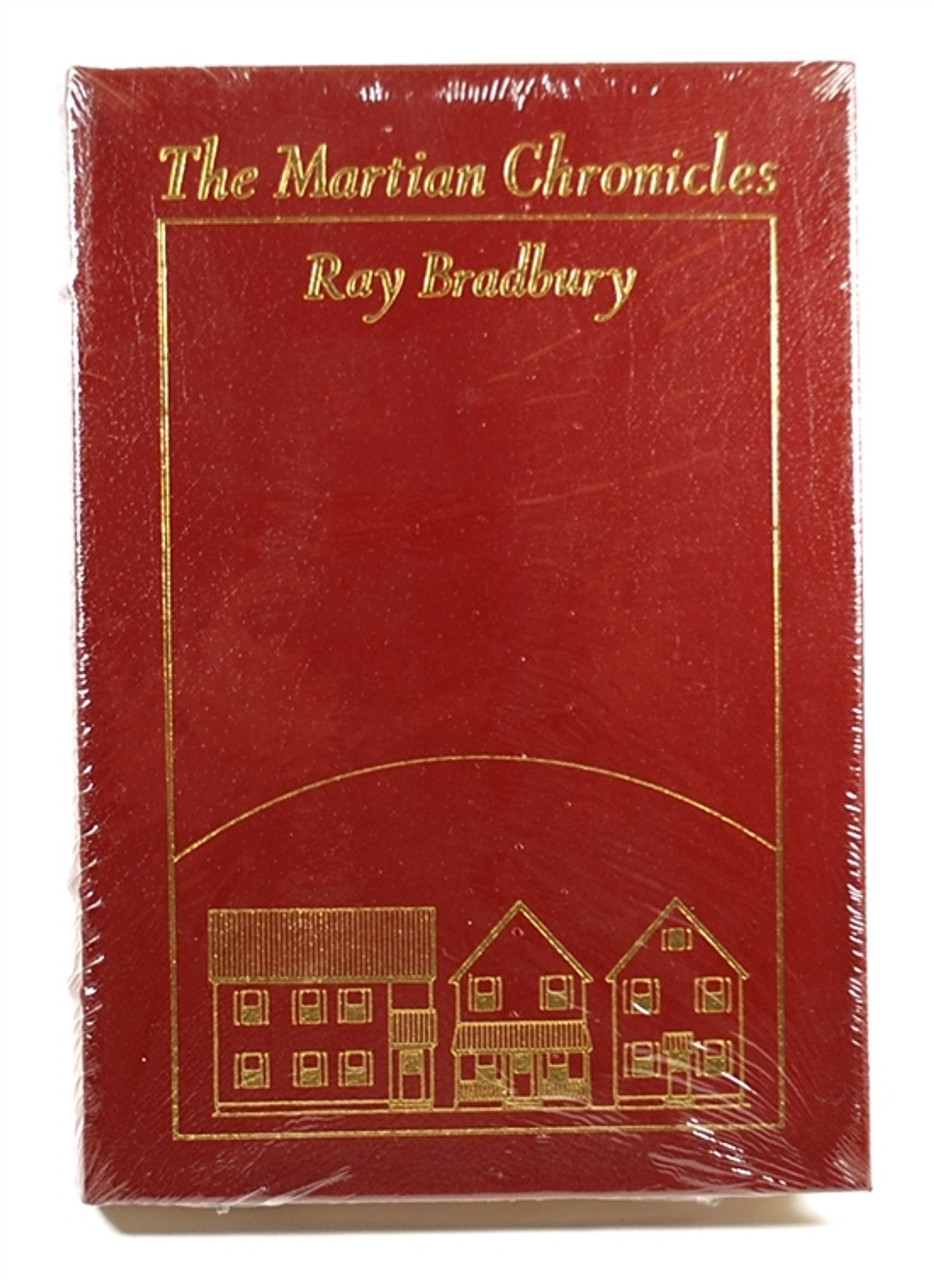 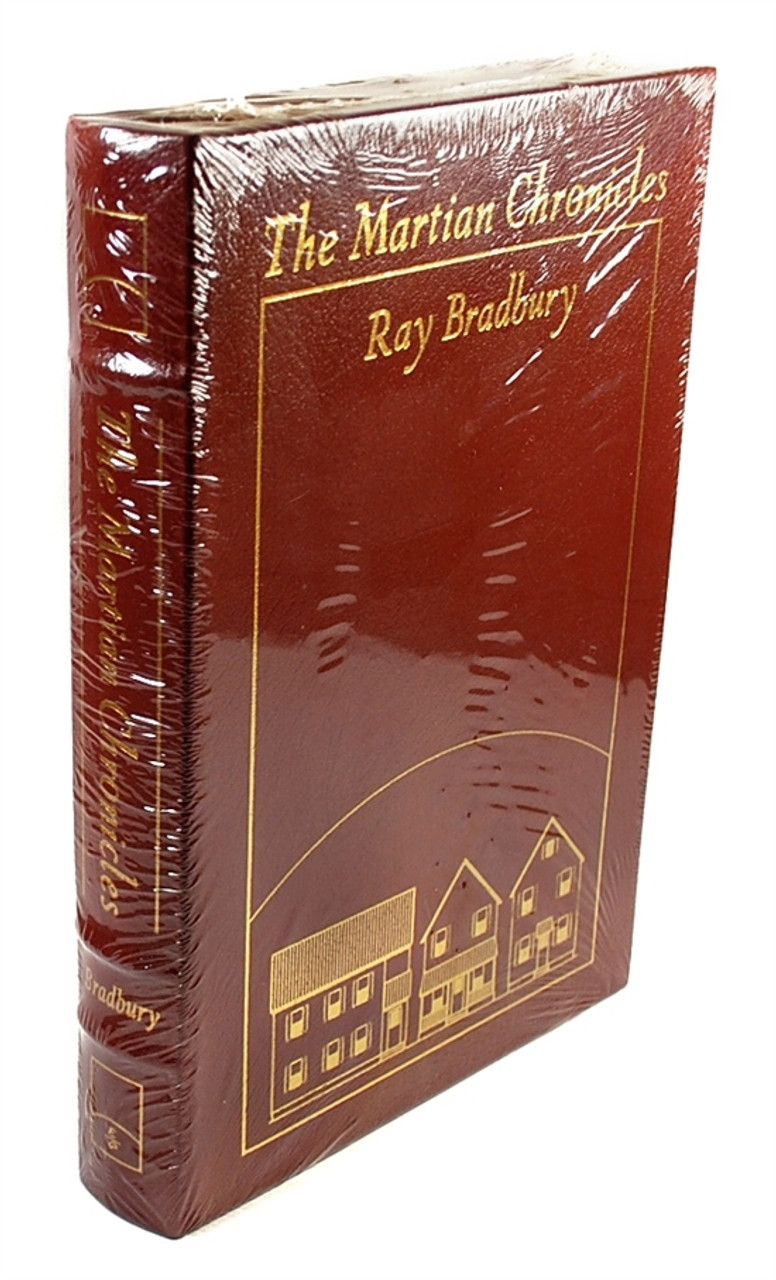 Personally signed by the great Ray Bradbury directly into the book.

Scarce, even more so in the original Very Fine condition. Easton Press 1989. Full genuine leather. This leather bound collector's edition has been personally hand signed by the great Ray Bradbury and is an heirloom you can cherish with your family for generations to come. Very rare at only 1200 produced in this collector's edition. This is an over-sized deluxe edition.

From the Easton Press series, "The Masterpieces of Science Fiction". Photos are of the actual item you will receive.

Boldly signed in red ink on a special title page:

Introduction by Damon Knight. Nine full page color illustrations and numerous other black and white illustrations by Joseph Mugnaini. "By any measure this work is a major landmark, both in SF and as literature."

Condition
As New (Sealed) . The condition is of the highest quality. Includes original COA, collector notes, and unattached bookplate for your own personalization. Your signed volume will be sealed in the original shrink-wrap. 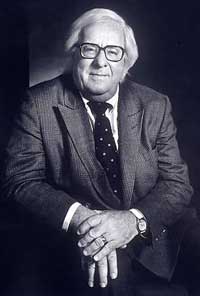 The Martian Chronicles is a 1950 science fiction story collection by Ray Bradbury that chronicles the colonization of Mars by humans fleeing from a troubled Earth, and the conflict between aboriginal Martians and the new colonists. The book lies somewhere between a short story collection and an episodic novel, containing Bradbury stories originally published in the late 1940s in science fiction magazines. For publication, the stories were loosely woven together with a series of short, interstitial vignettes. Bradbury has credited Sherwood Anderson's Winesburg, Ohio and John Steinbeck's The Grapes of Wrath as influences on the structure of the book. He has called it a "half-cousin to a novel" and "a book of stories pretending to be a novel". As such, it is similar in structure to Bradbury's short story collection, The Illustrated Man, which also uses a thin frame story to link various unrelated short stories.

Like Isaac Asimov's Foundation series, The Martian Chronicles follows a "future history" structure. The stories, complete in themselves, come together as episodes in a larger sequential narrative framework. The overall structure is tripartite, punctuated by two catastrophes: the near-extinction of the Martians and the parallel near-extinction of the human race. The first third (January 1999-April 2000) details the attempts of the Earthmen to reach Mars, and the various ways in which the Martians keep them from returning. In the crucial story �And the Moon be Still as Bright, it is revealed by the fourth exploratory expedition that the Martians have all but perished in a plague caused by germs brought by one of the previous expeditions.

This unexpected development sets the stage for the second act (December 2001-November 2005), in which humans from Earth colonize the deserted planet, occasionally having contact with the few surviving Martians, but for the most part preoccupied with making Mars a second Earth. However, as war on Earth threatens, most of the settlers pack up and return home. A global nuclear war ensues, cutting off contact between Mars and Earth. The third act (December 2005-October 2026) deals with the aftermath of the war, and concludes with the prospect of the few surviving humans becoming the new Martians, a prospect already adumbrated in And the Moon be Still as Bright, and which allows the book to return to its beginning.

The book was published in the United Kingdom under the title The Silver Locusts, with slightly different contents. In some editions the story "The Fire Balloons" was added, and the story "Usher II" was removed to make room for it. In the Spanish language version, the stories were preceded by a prologue by Argentinian writer Jorge Luis Borges.

Personally hand signed by the late Ray Bradbury on a special limitation page."Leviathan '99" by

Personally signed by the great Ray Bradbury and limited to only 50 "Bradbury is an authentic original." -Time magazineAn insightful essay describing the method the author used to write his now...

A very unique book, personally signed by Ken Kesey with a special "Gel Art" pen.Few of these were signed with this type of "Gel Pen" Art-work.An international bestseller and the basis for a hugely...