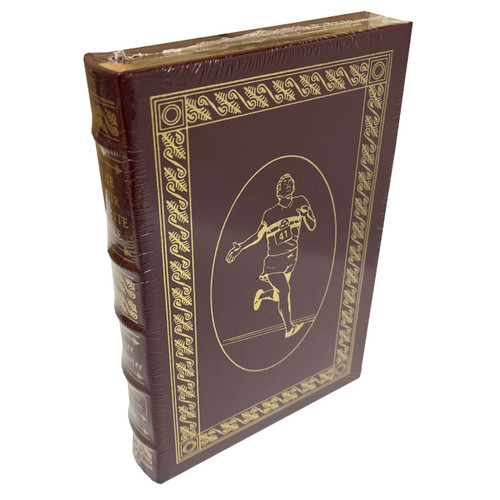 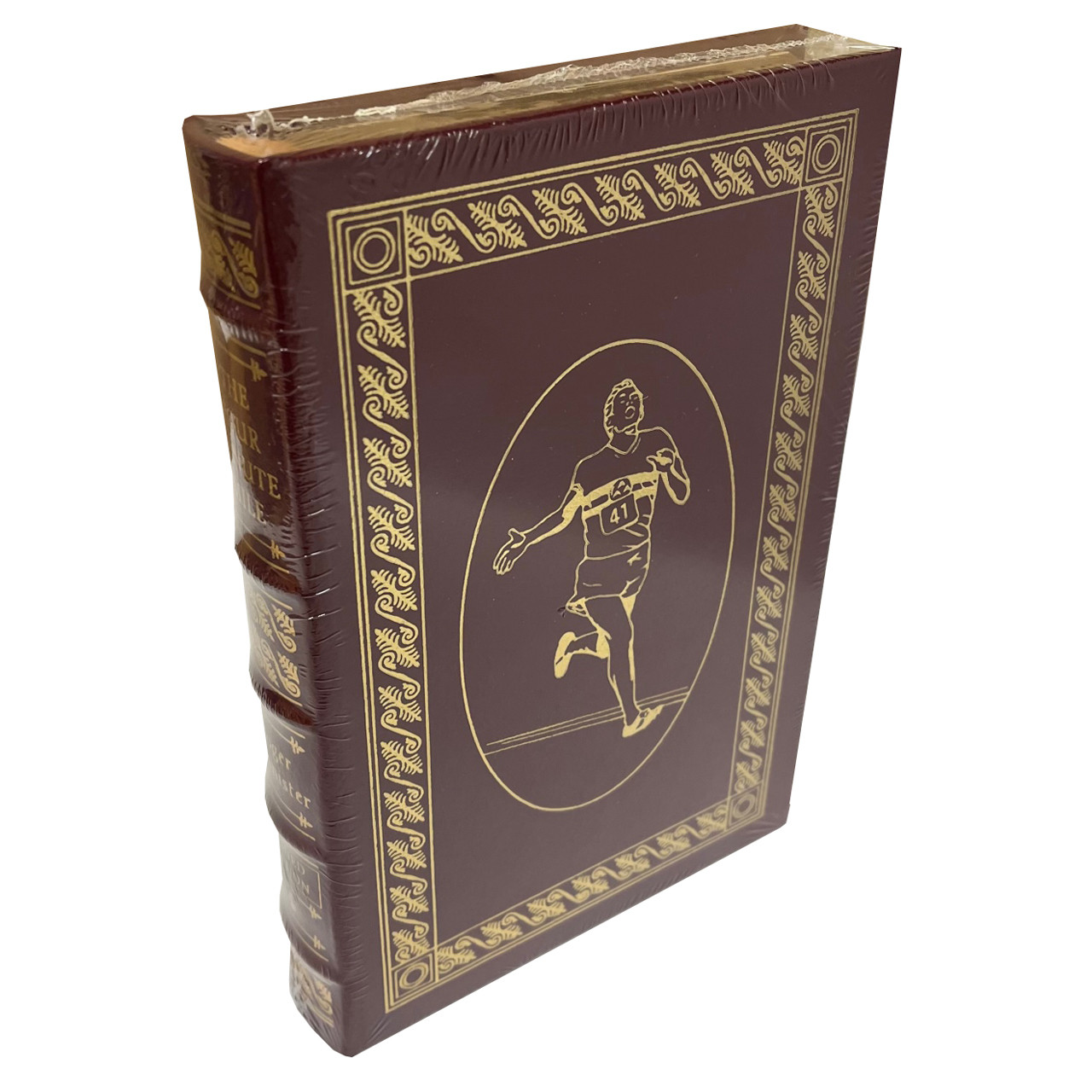 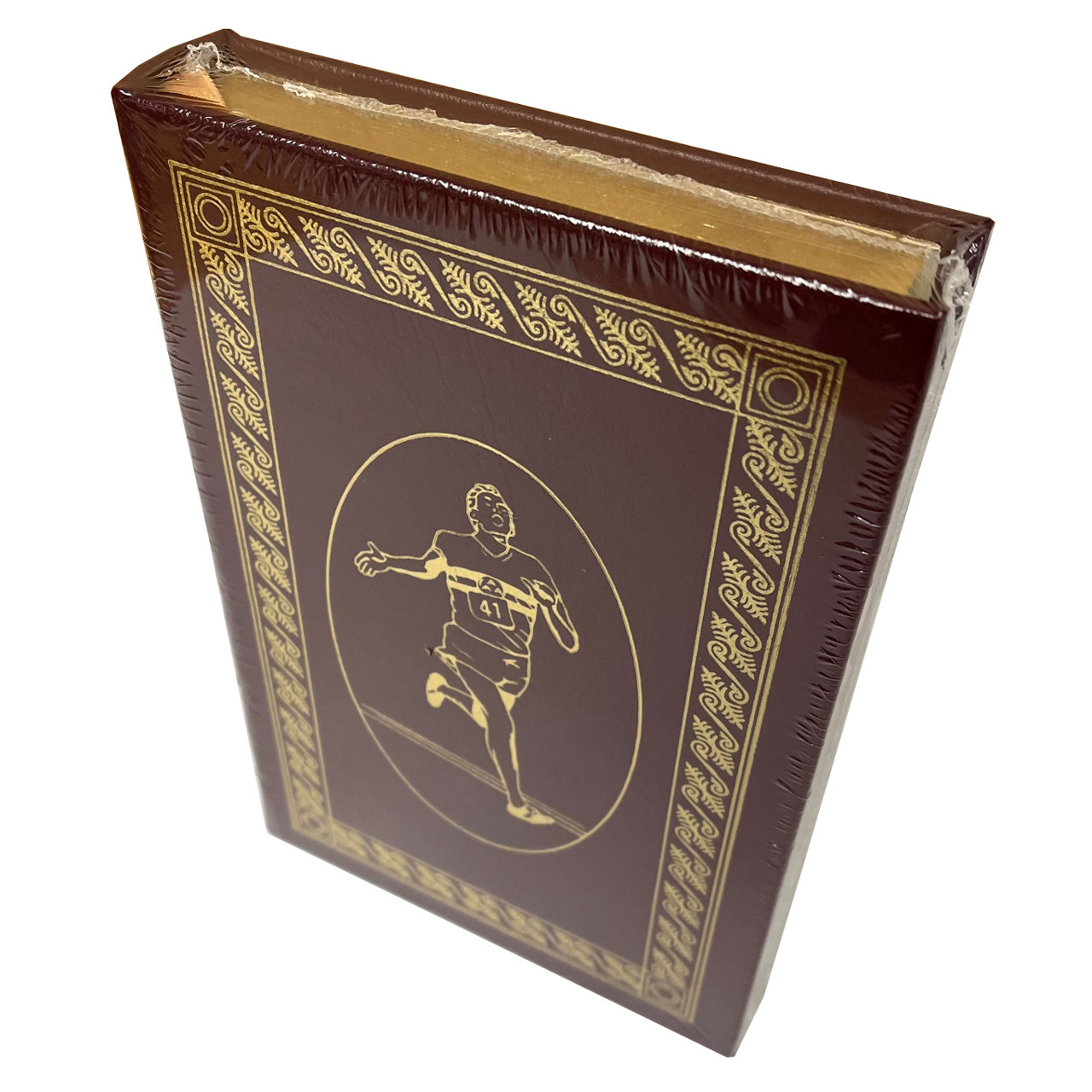 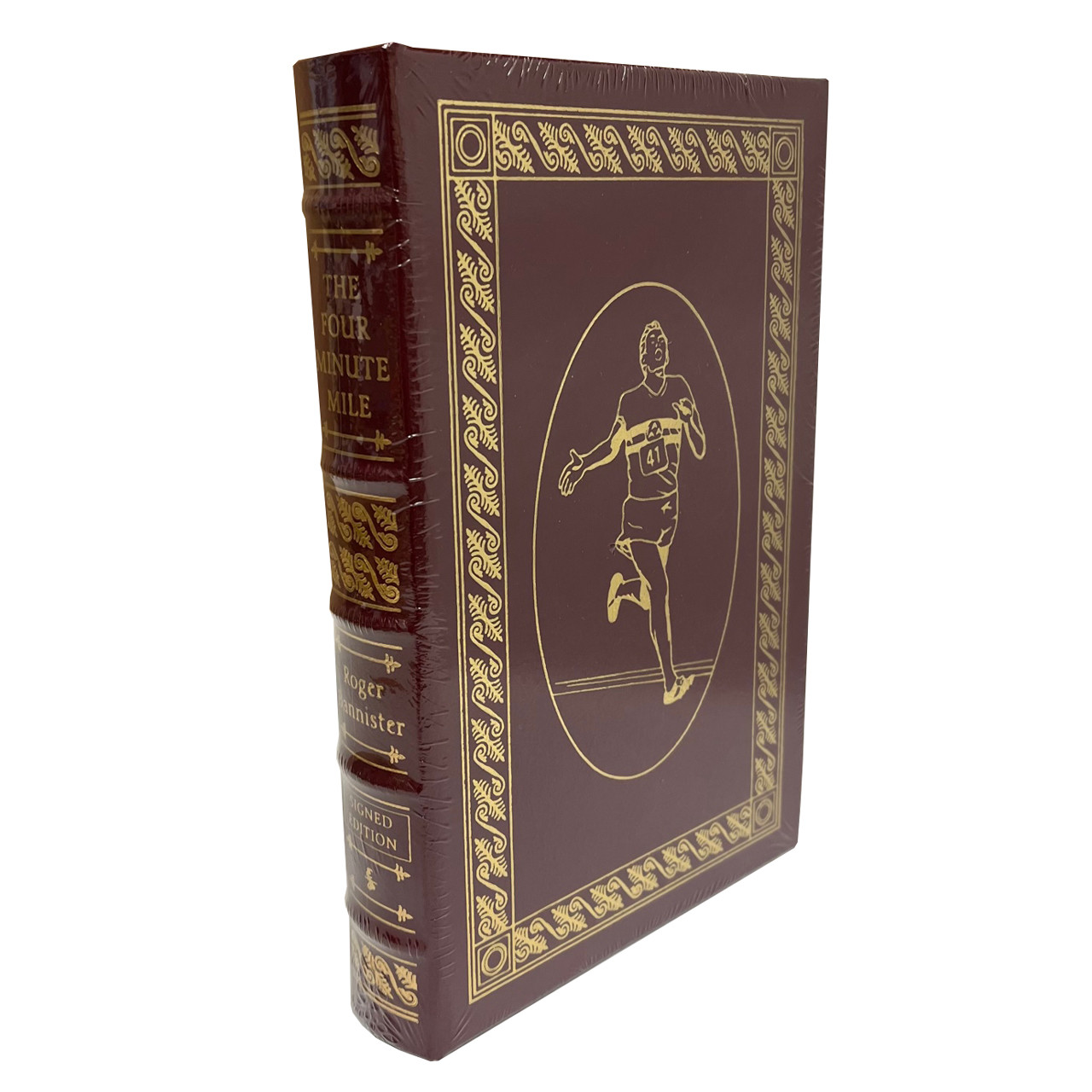 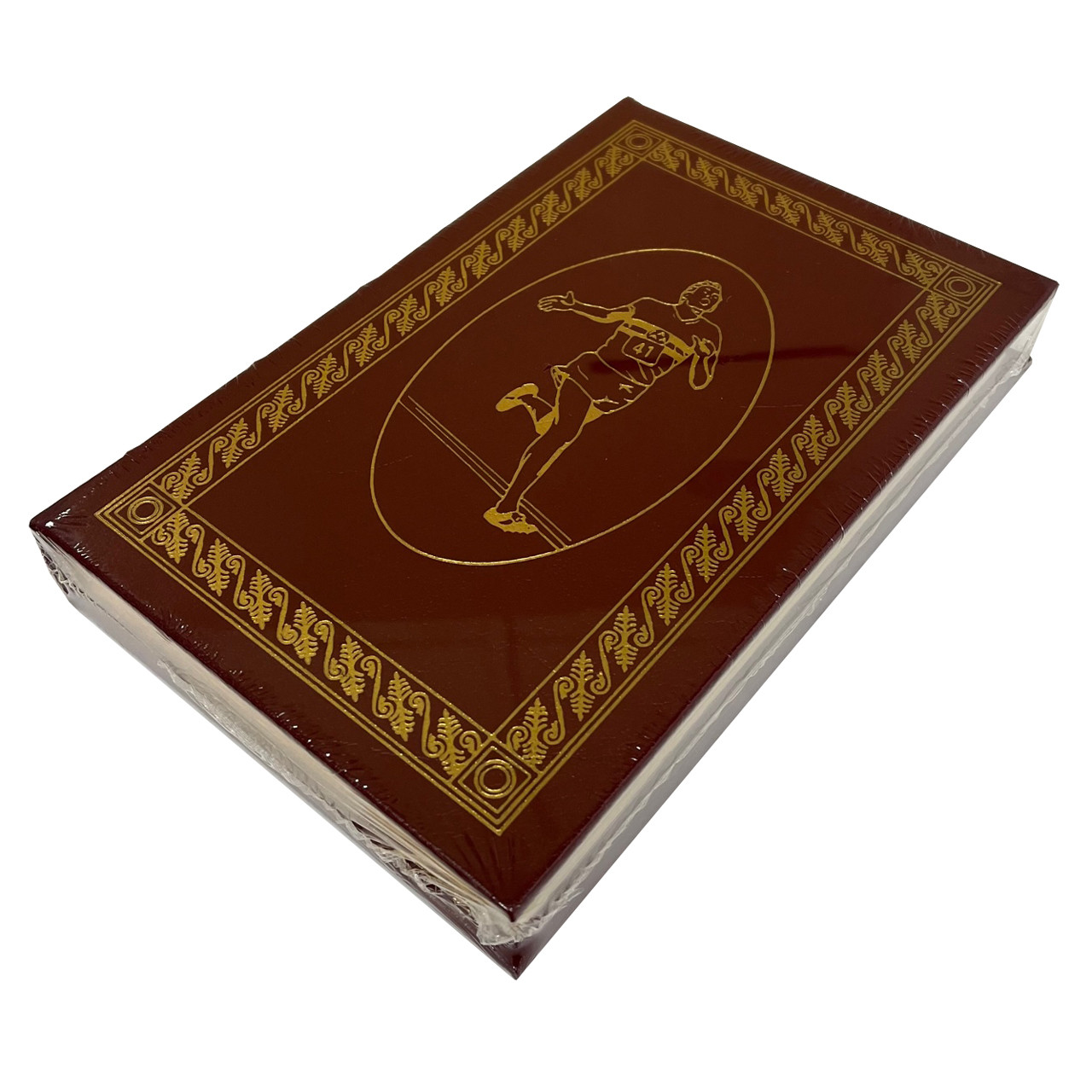 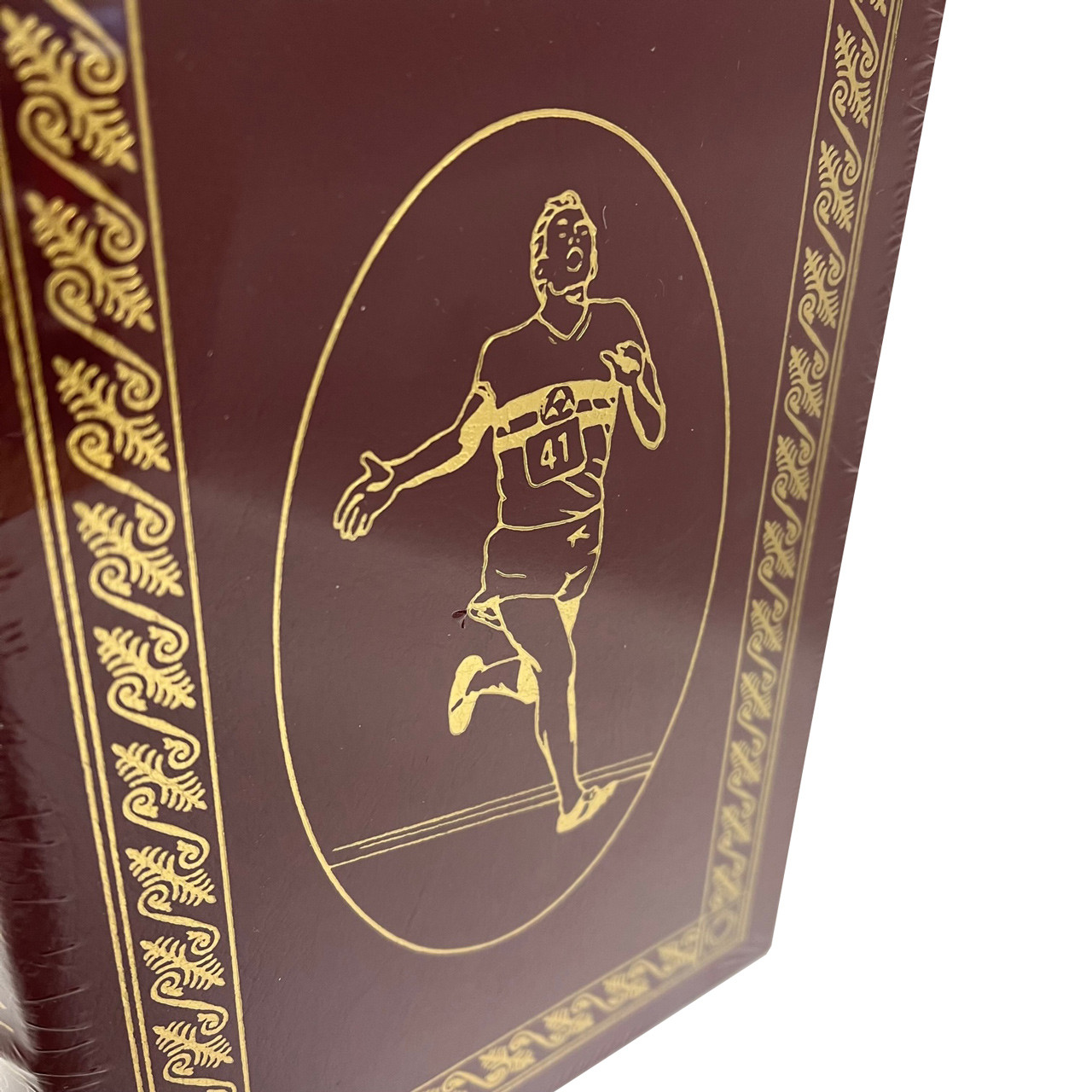 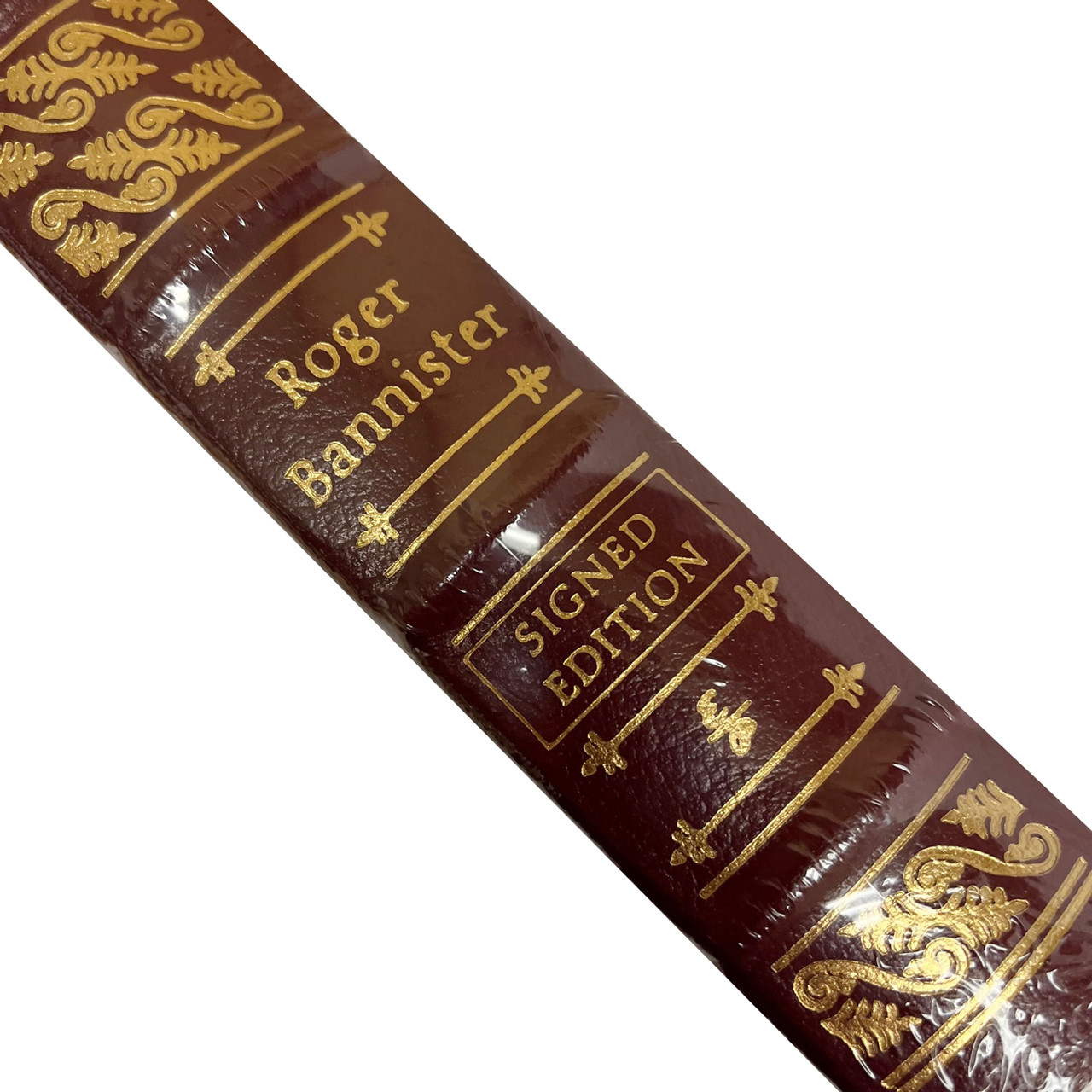 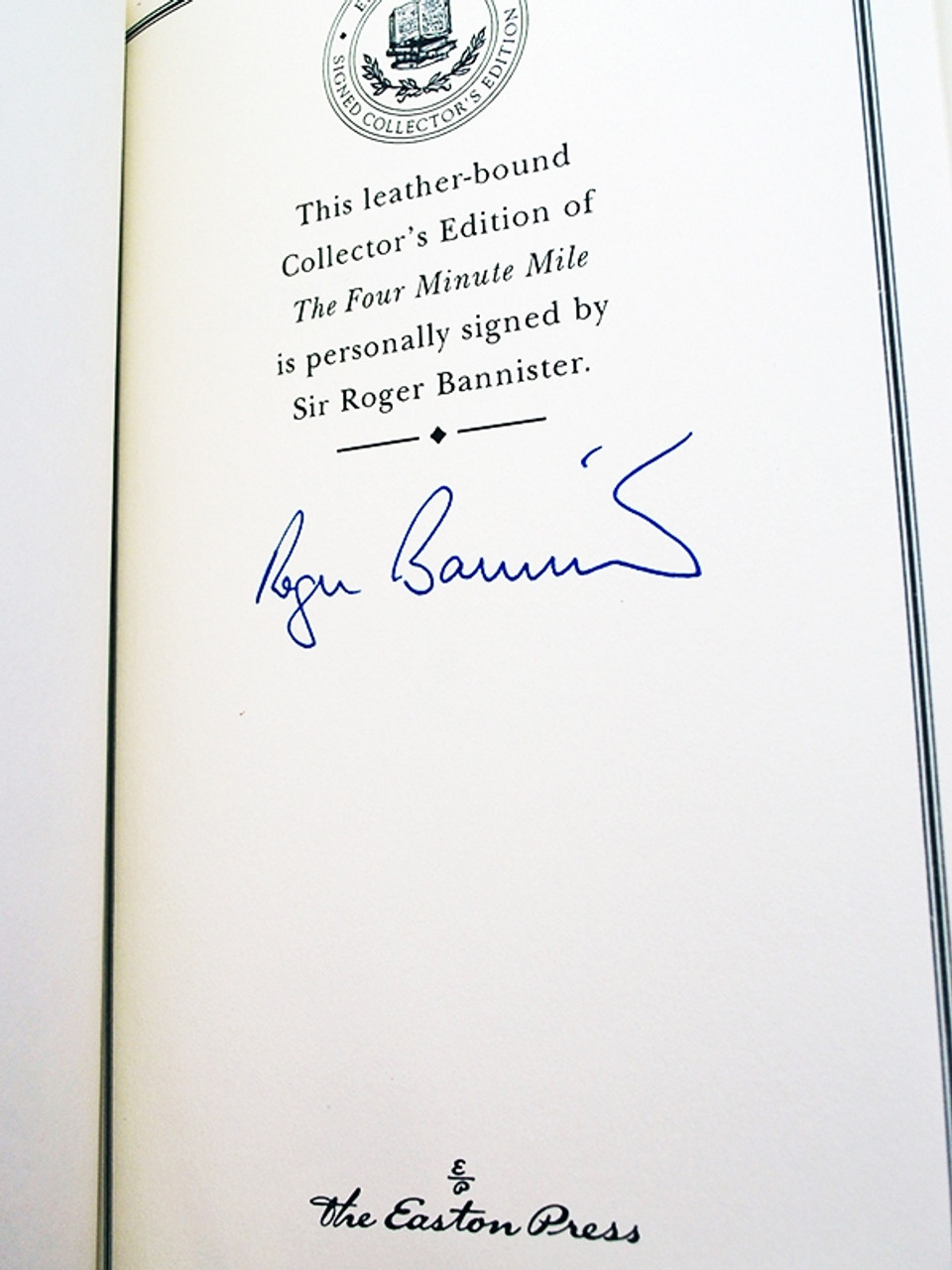 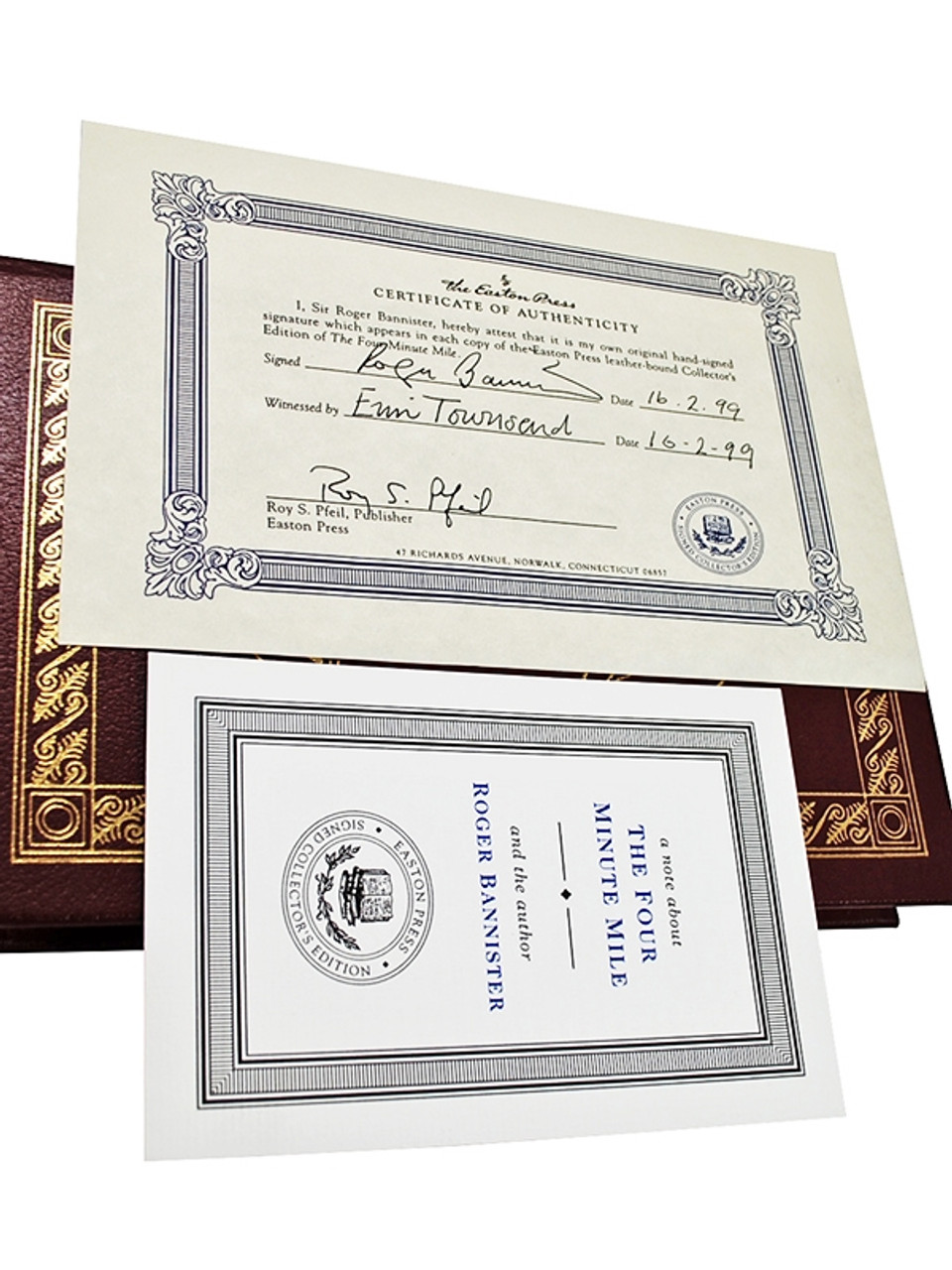 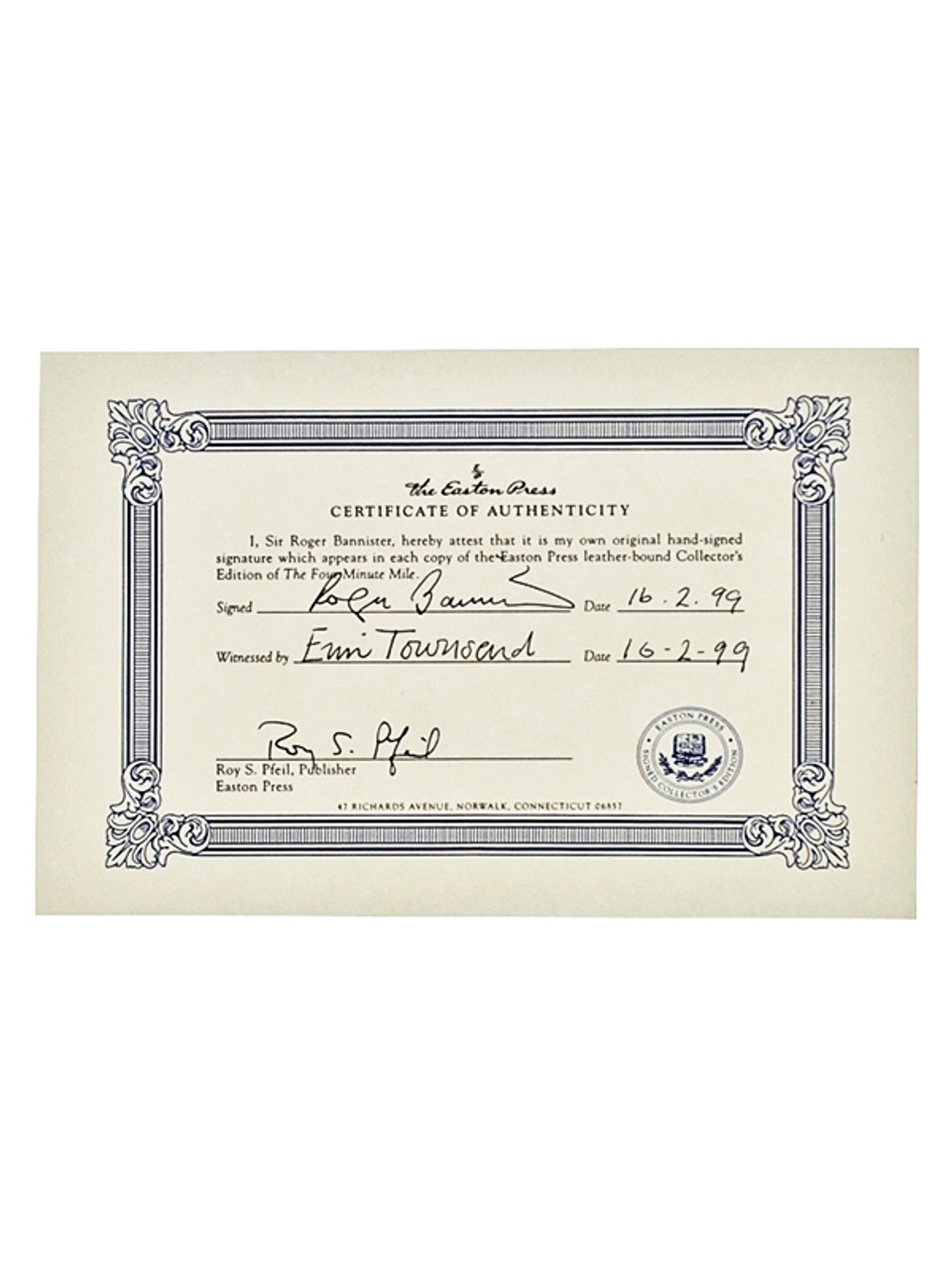 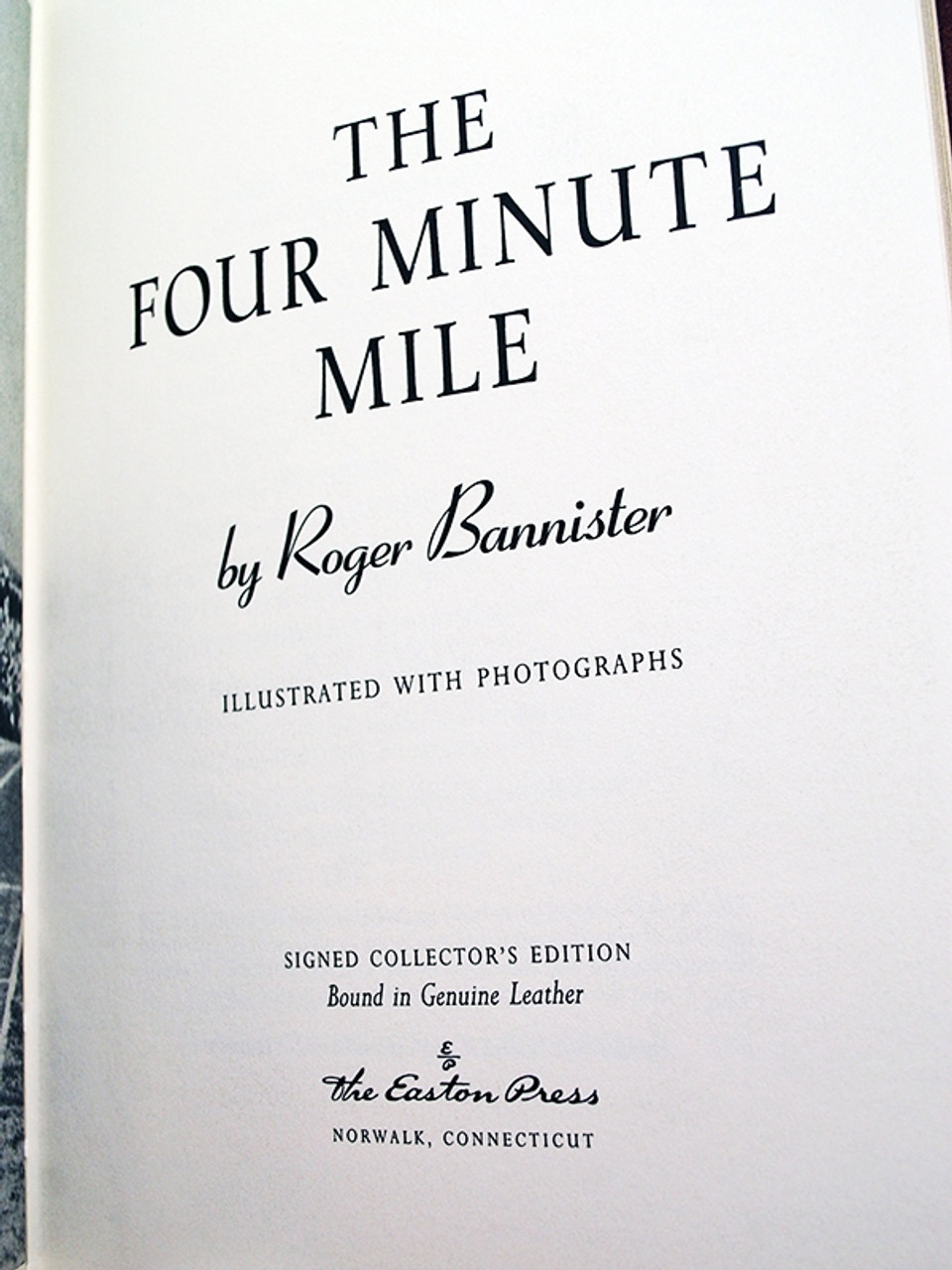 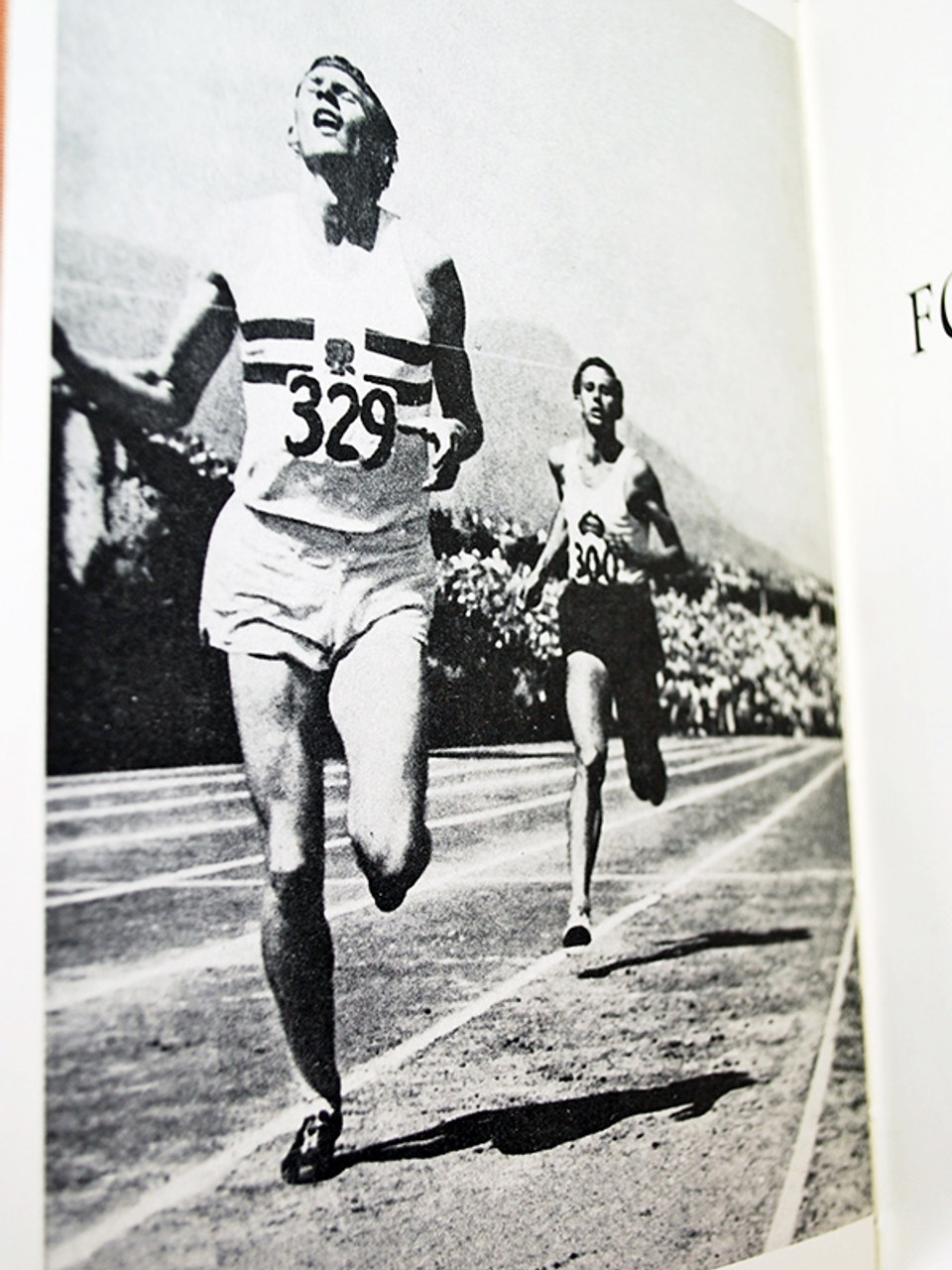 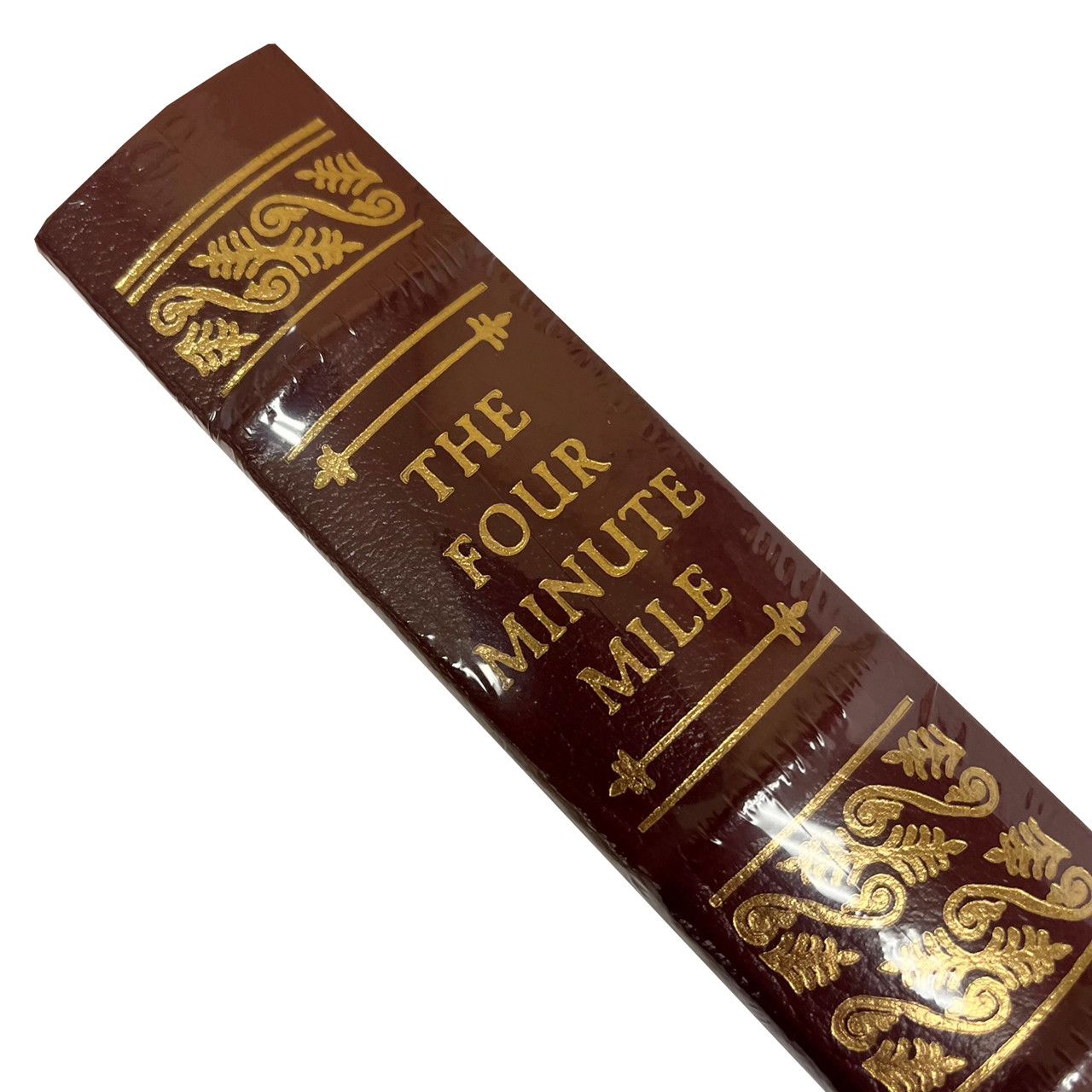 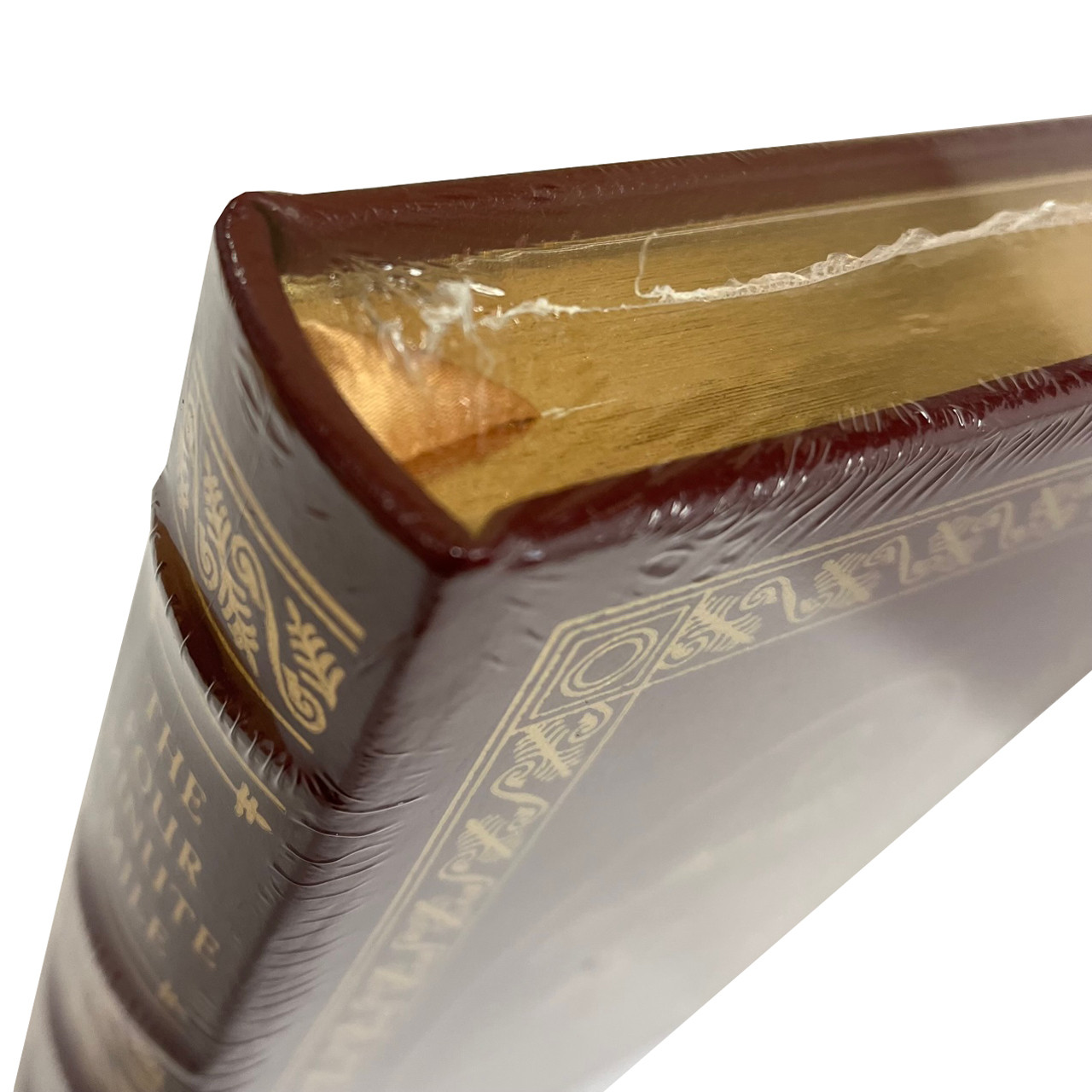 Personally signed by Roger Bannister, the first athlete to run a mile in less than four minutes.

This special leather-bound edition was produced in extremely limited numbers to commemorate Roger Bannister's historic achievement of being the first human to run a mile in under four minutes. This volume features gold-embossed red leather covers with a raised spine, cloth endpapers, an attached silk ribbon bookmark, and a certificate of authenticity signed by the author, the publisher, and a witness. This book has become extremely rare (especially in uncirculated condition) and has become a highly sought-after item by collectors of sports history.

While a student at the University of Oxford and at St. Mary's Hospital Medical School, London, Bannister won British (1951, 1953-54) and Empire (1954) championships in the mile run and the European title (1954) in the 1,500-metre event. He broke the four-minute barrier with a time of 3 minutes 59.4 seconds in a dual meet at Oxford on May 6, 1954. Breaking the world record (4 minutes 1.3 seconds), held for nine years by Gunder Hagg of Sweden, was almost incidental to his successful defiance of the "psychological" barrier, the general belief in the impossibility of running a mile in less than four minutes. Bannister is said to have achieved his speed through scientific training methods and thorough research into the mechanics of running. He recounted his experiences in the book The Four Minute Mile (1955).

VERY FINE. Sealed. A wonderful bright clean copy free of any markings, writings, or stamps. Sharp corners that are not bumped. Tight and square spine. Unread book. No attached bookplates or indication of any removed.