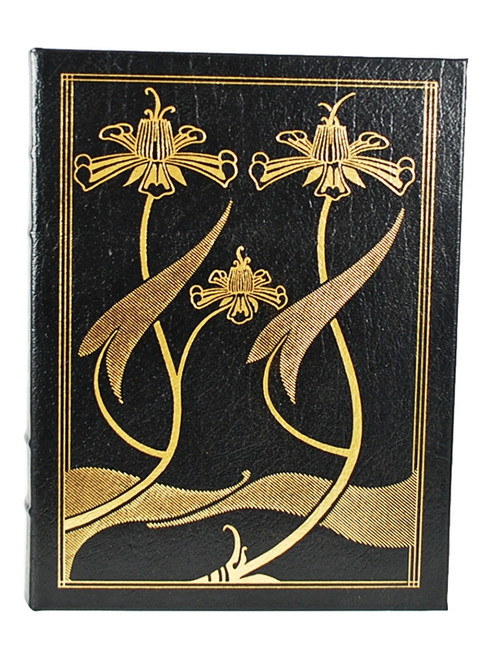 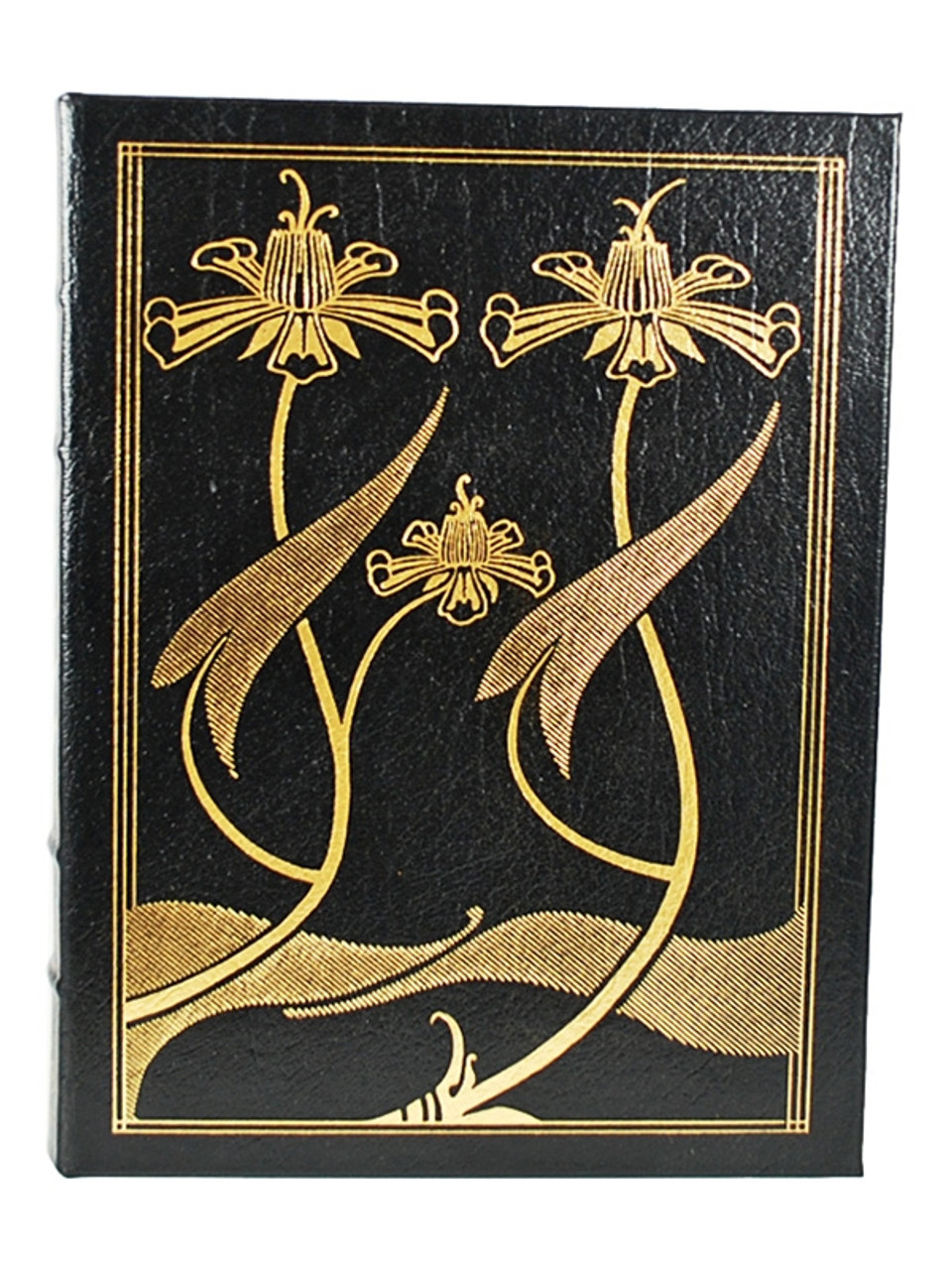 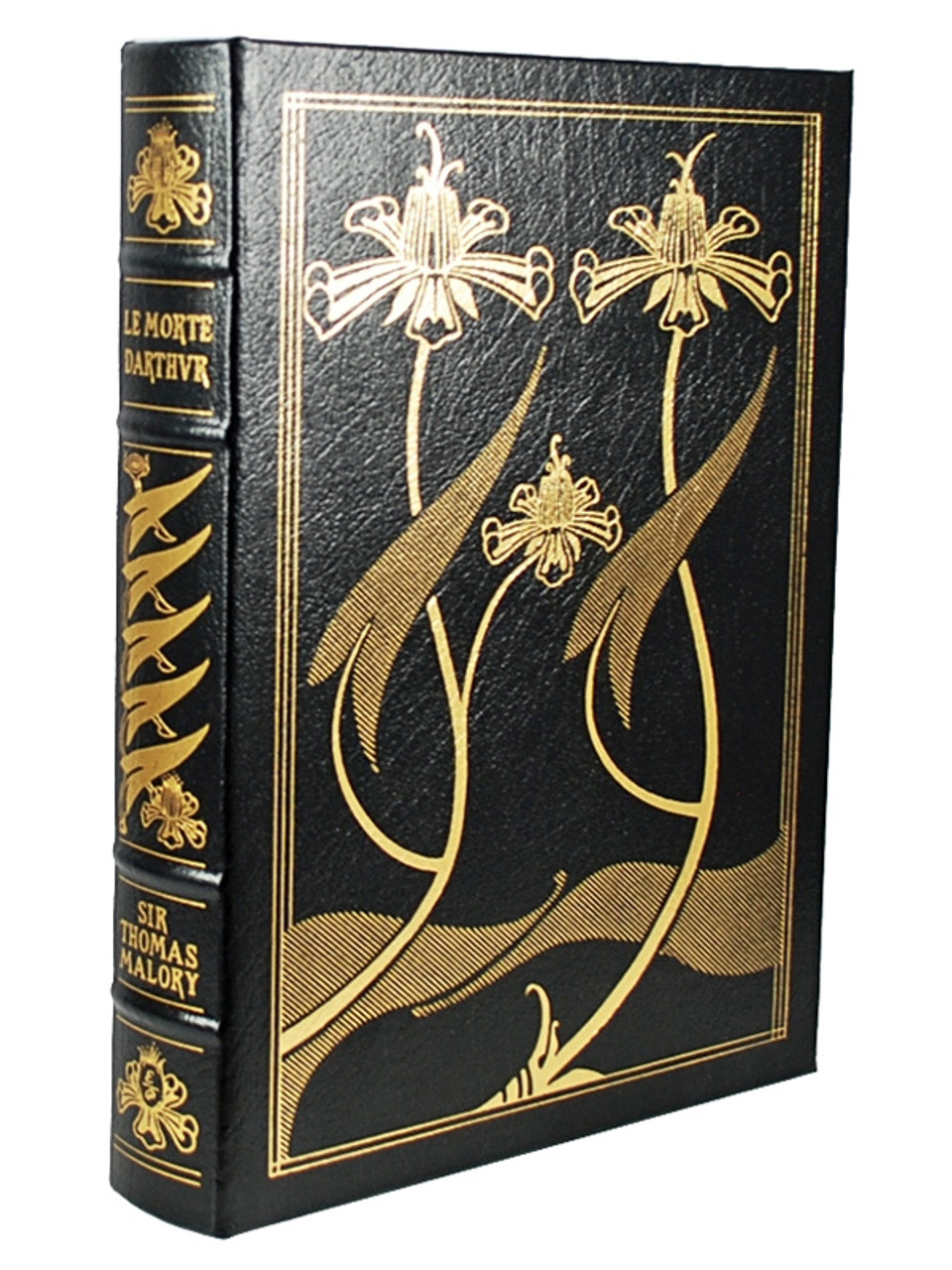 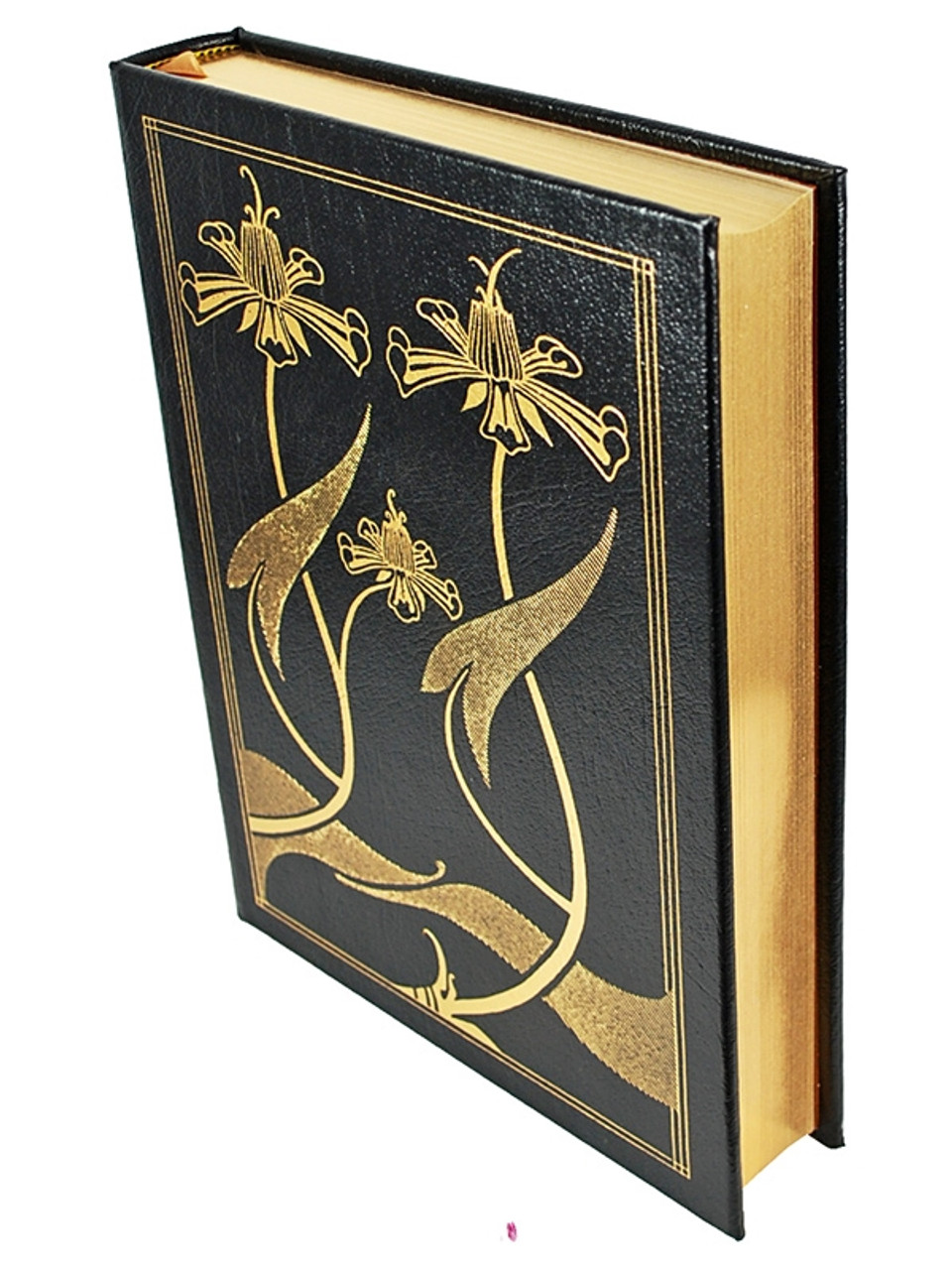 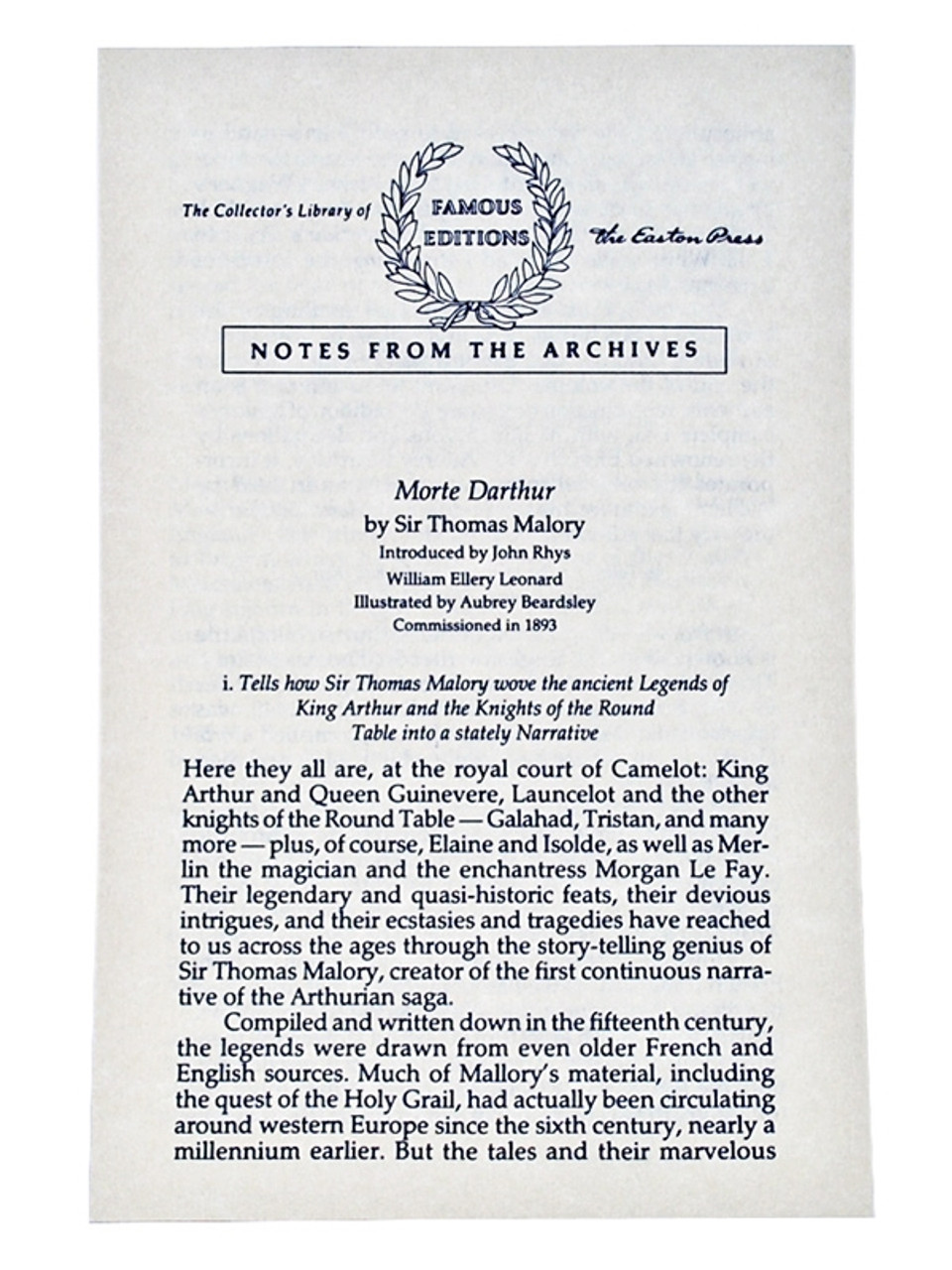 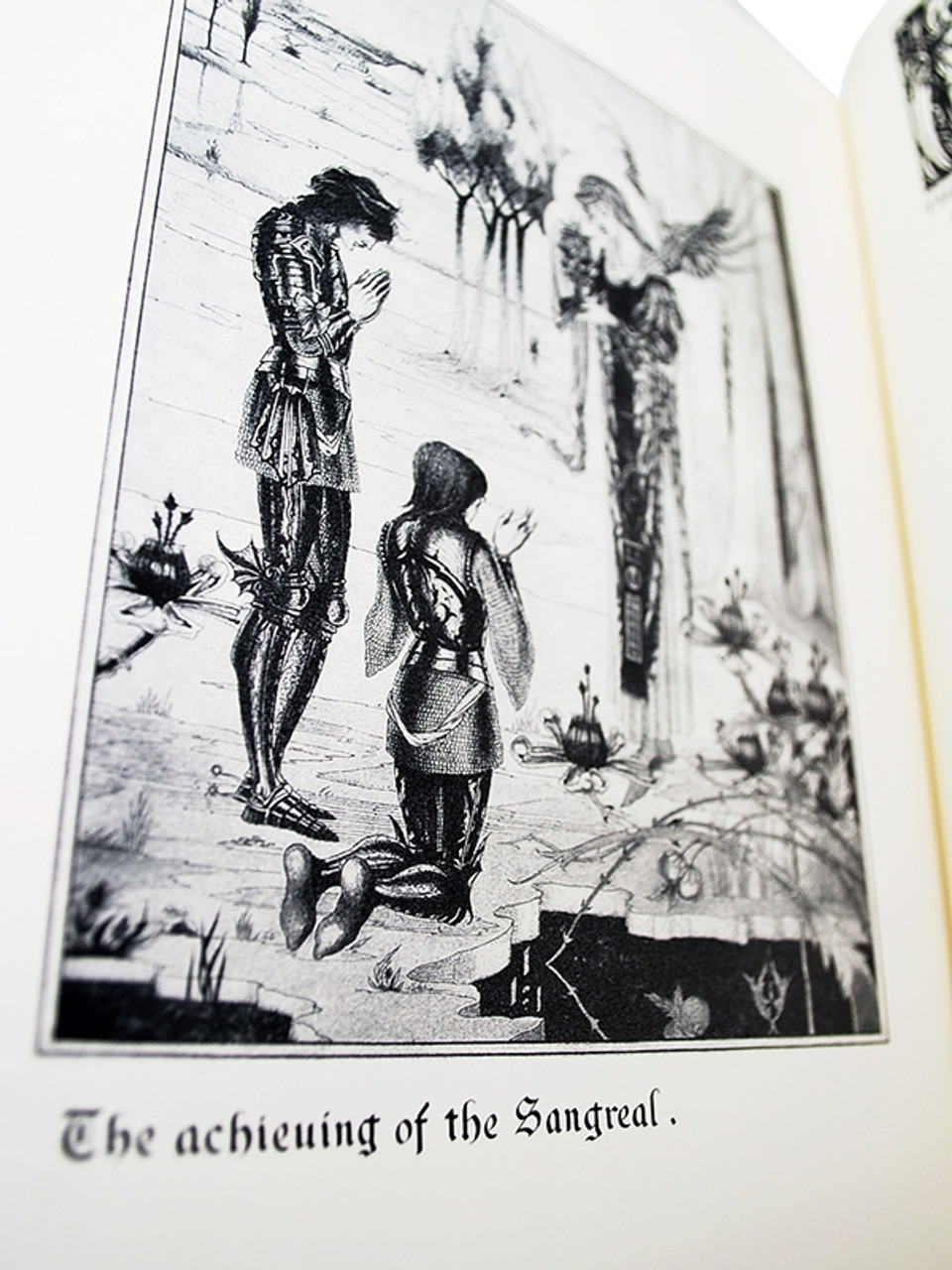 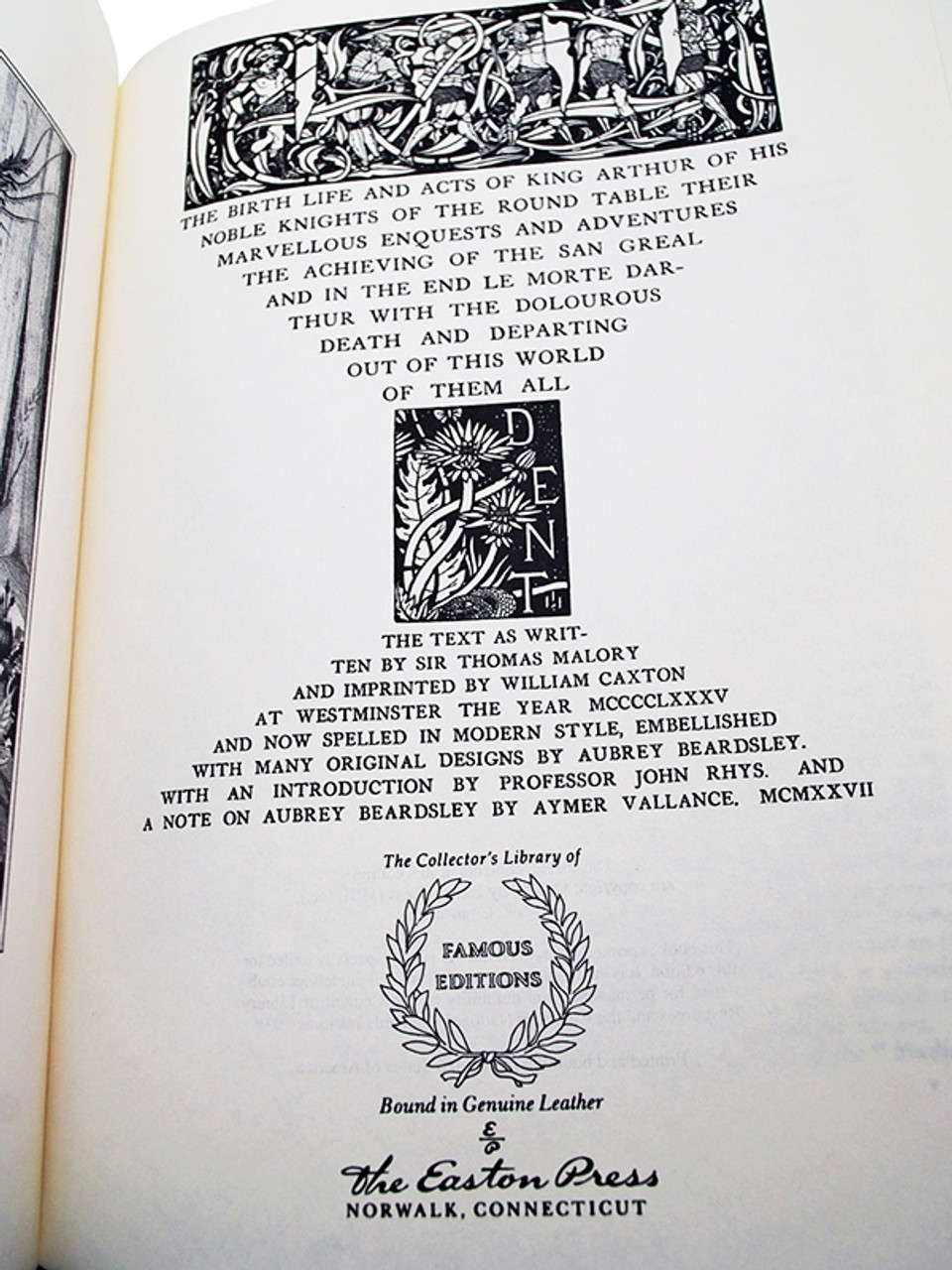 Although Le Morte Darthur (also known as Le Morte d'Arthur) is universally accepted as a masterpiece of imaginative literature, so much mystery surrounds the identity of the author (that is, which one of several Sir Thomas Malorys of the 15th century actually wrote it) that any one definitive biography seems imprudent. The only direct information extant concerning the author is that a Sir Thomas Malory completed the book while he was a "knight-prisoner" in the ninth year of Edward IV's reign, from March 4, 1469, to March 3, 1470. All the rest is conjecture.
In the 16th century John Bale associated Malory with Welsh origins mainly because of a place called Mailoria in Wales and because of the subject matter of the book. There are no records, however, of a Thomas Malory in Wales in the 15th century. Although several other Thomas Malorys were suggested, the next serious candidate was identified by George L. Kittredge at the end of the 19th century as Sir Thomas Malory, Knight, of New-bold Revel, Warwickshire. This Thomas Malory, who, as the record shows, led an active and colorful life, has been accepted as the author of Le Morte Darthur by most scholars.

We owe this our English Epic of Le Morte Darthur to Sir Thomas Malory, and to William Caxton the first English printer. Caxton's Preface shows (what indeed would have been certain from his appeal to the "Knights of England" at the end of "The Order of Chivalry") that however strongly he, William Caxton, simple person, may have been urged to undertake the work by divers gentlemen of this realm of England, he was not less moved by his own love and reverence for "the noble acts of chivalry," and his deep sense of his duty and responsibility in printing what he believed would be for the instruction and profit of his readers, "of whatever estate or degree."

But to Sir Thomas Malory he gives all the honour of having provided him with the copy which he printed. And ever since, for more than four hundred years, successive generations have approved the fitness of Caxton's choice. For it is Malory's book, and not the older forms of King Arthur's story which we still read for enjoyment, and for the illustration of which scholars edit those earlier books. Only a true poem, the offspring of genius, could have so held, and be still holding its ground, age after age. It may be said that it is chiefly with boys, and with men who have formed the taste by their boyish reading, that the book is so popular. But is not this so with the Iliad too? Men of mature intellect and taste read and re-read the Iliad with ever new discoveries, appreciation, and enjoyment; but it may be questioned whether there are many, or even any, of them who did not begin those studies at school, and learn to love Homer before they knew that he was worthy of their love. And they who have given most of such reading, in youth and in manhood, to Malory's Morte Darthur will be the most able and ready to recognise its claim to the character of an Epic poem.

A wonderful collectible set for yourself or as a gift for someone special. This is The Story of King Arthur & Of His Noble Knights of the Round Table. Written by Sir Thomas Mallory and...

Marie Sklodowska Curie (18671934) was the first woman scientist to win worldwide acclaim and was, indeed, one of the great scientists of the twentieth century. Written by Curies daughter, the...