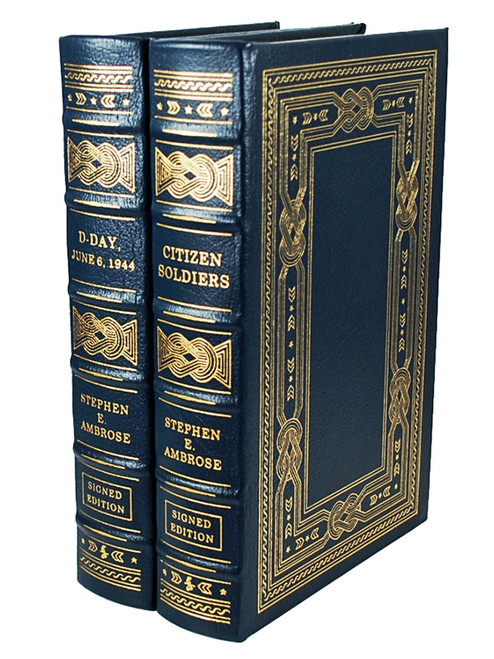 
A two volume set that includes the following titles:

"Citizen Soldiers is a biography of the U.S. Army in the European Theater of Operations, June 7, 1944, to May 7, 1945. Allied citizen soldiers overcame their fear and inexperience, the mistakes of the high command, and the enemy to win the war. Once again, Stephen E. Ambrose shows that free men fight better than slaves, that the sons of democracy proved to be better soldiers than the sons of Nazi Germany." 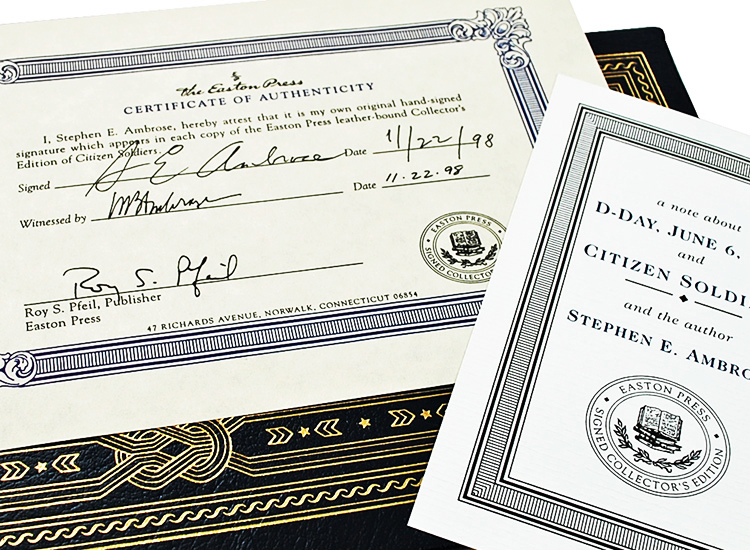 On the basis of 1,400 oral histories from the men who were there, bestselling author and World War II historian Stephen E. Ambrose reveals for the first time anywhere that the intricate plan for the invasion of France in June 1944 had to be abandoned before the first shot was fired. The true story of D-Day, as Ambrose relates it, is about the citizen soldiers - junior officers and enlisted men - taking the initiative to act on their own to break through Hitler's Atlantic Wall when they realised that nothing was as they had been told it would be. D-DAY is the brilliant, no holds barred, telling of the battles of Omaha and Utah beaches. Ambrose relives the epic victory of democracy on the most important day of the twentieth century.

From Stephen E. Ambrose, bestselling author of Band of Brothers and D-Day, the inspiring story of the ordinary men of the U.S. army in northwest Europe from the day after D-Day until the end of the bitterest days of World War II.

In this riveting account, historian Stephen E. Ambrose continues where he left off in his #1 bestseller D-Day. Citizen Soldiers opens at 0001 hours, June 7, 1944, on the Normandy beaches, and ends at 0245 hours, May 7, 1945, with the allied victory. It is biography of the US Army in the European Theater of Operations, and Ambrose again follows the individual characters of this noble, brutal, and tragic war. From the high command down to the ordinary soldier, Ambrose draws on hundreds of interviews to re-create the war experience with startling clarity and immediacy. From the hedgerows of Normandy to the overrunning of Germany, Ambrose tells the real story of World War II from the perspective of the men and women who fought it.

VERY FINE GUARANTEED. Each volume is a wonderful bright clean copy free of any markings, writings, or stamps. Sharp corners that are not bumped. Tight and square spine. Unread books without any attached bookplates or indication of any removed. Book Grading Definitions