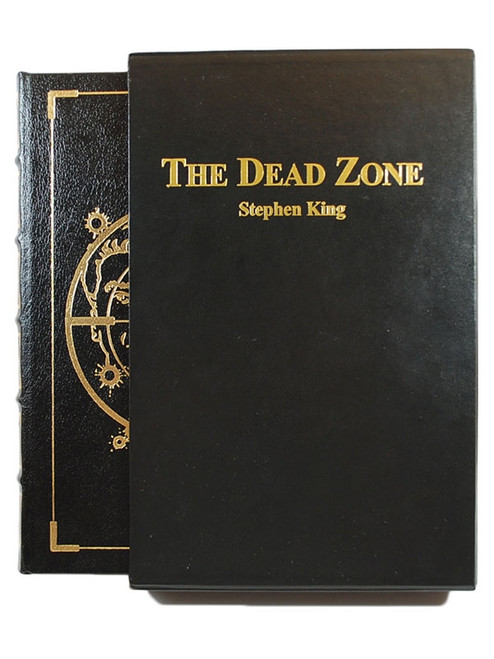 Stephen King "The Dead Zone". The Easton Press, Norwalk CT. 1993. First Edition. Black Leather Collector's Edition. A rare find. This is the more collectible 1993 first printing as shown by the spine design and not the later 2004 re-issue. Full genuine black leather hardcover. 426 pps. A "Collector's Edition" illustrated by Jill Bauman. This volume also includes a custom slipcase, which has been especially designed for this edition.