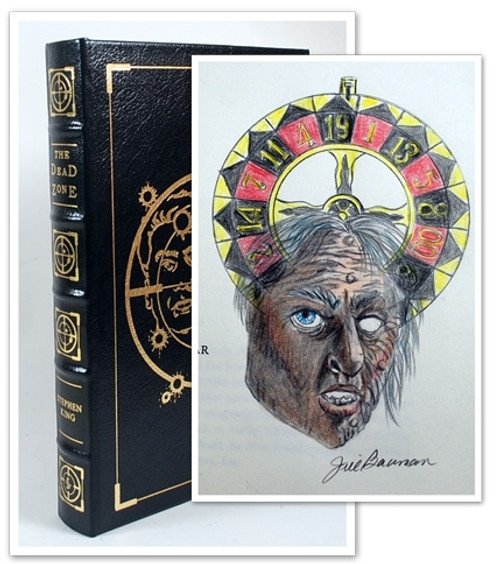 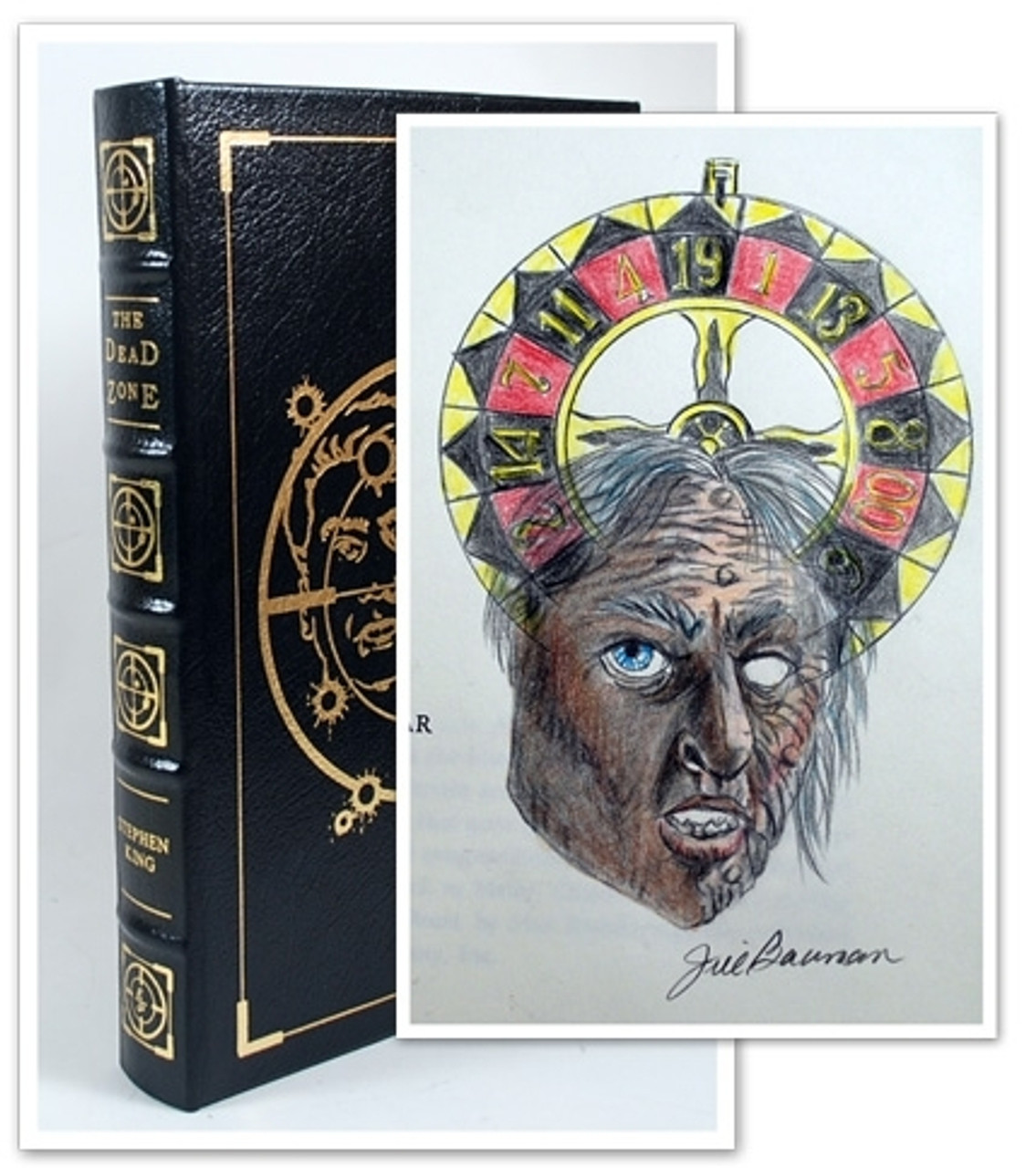 This particular edition has been remarqued and signed by the artist Jill Bauman. An original color remarque of The Wheel of Fortune from the novel, done with Verithin Prisma pencil. A hand-created piece of artwork.

This collectible book from Easton Press is luxuriously bound in full genuine leather with 22 kt gold accents. Photos of the actual item.

Jill Bauman is best known as an artist. She has been nominated for the World Fantasy Award five times and nominated for the Chesley Award several times. Her art has been exhibited at the Delaware Art Museum, the Moore College of Art, Art Students League of New York, the NY Illustrators Society & and the Science Fiction Museum of Seattle. Jill Bauman has created hundreds of book covers for horror, mystery, fantasy, science fiction, and best selling books including 23 of the Cat Who, books by Lilian Jackson Braun during the 1980s and 1990s.

Jill Bauman got her Bachelor of Arts from Adelphi University. She did her Graduate work at Adelphi University and Queens College. She is a Life Member of the Art Students League of New York. She was born in Brooklyn, New York, and she currently lives in Queens, New York and has two grown daughters.
Source: Wikipedia

About "The Dead Zone"

Very Near Fine with only a couple of minor marks to the gilded page edges. Sharp corners all around with no attached bookplates. Unread book with tight spine.

Personally signed by Greg Bear directly into the book! Dead Lines (2005) is a science fiction novel written by Greg Bear. Peter Russell, formerly a successful director of soft-porn films, is in a...