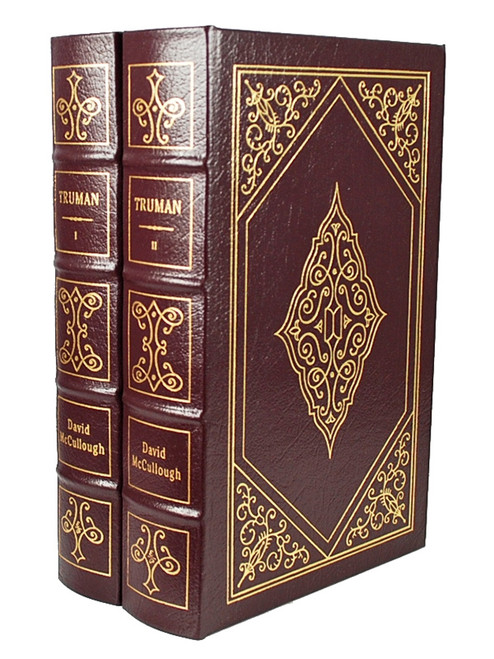 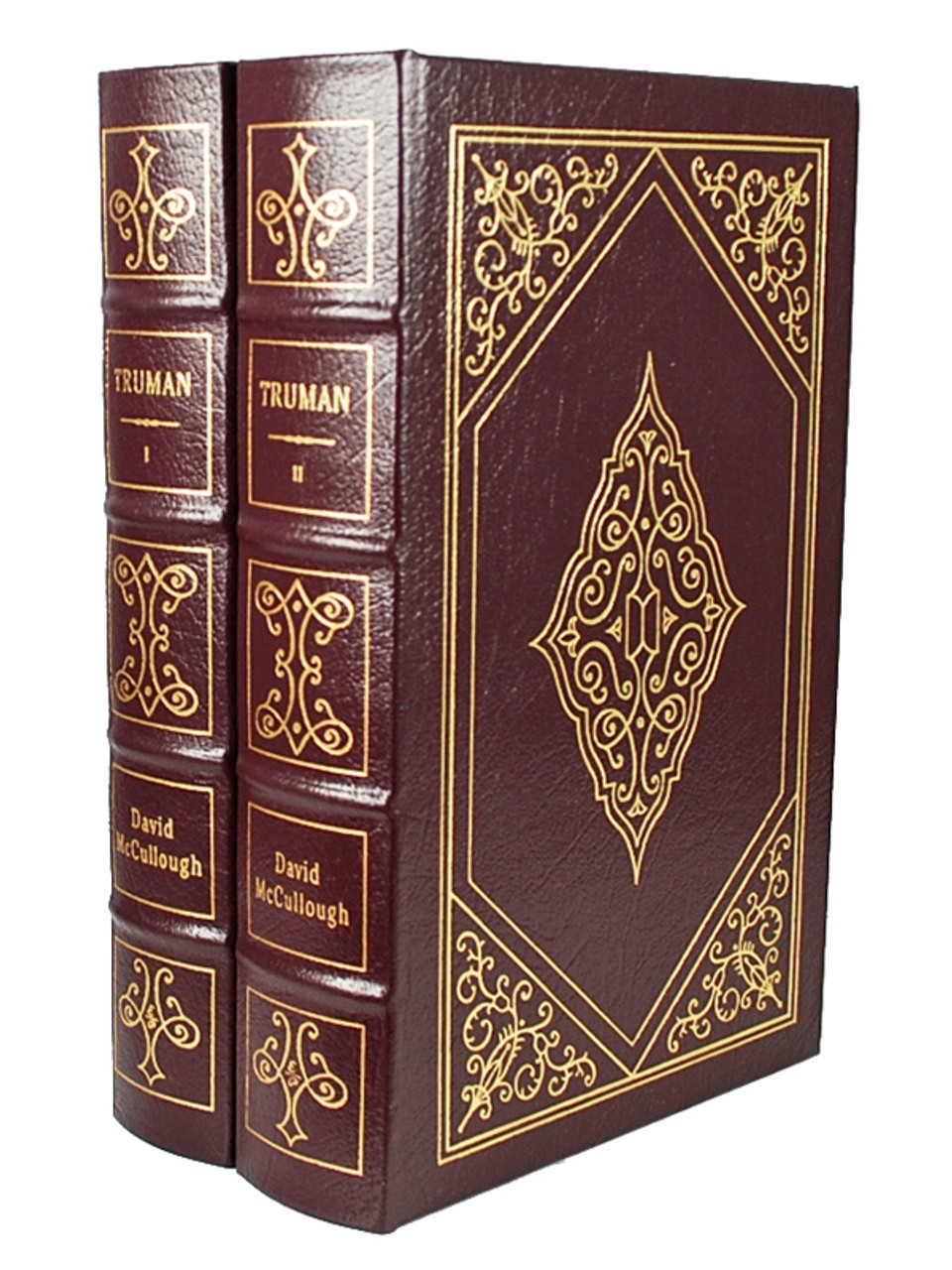 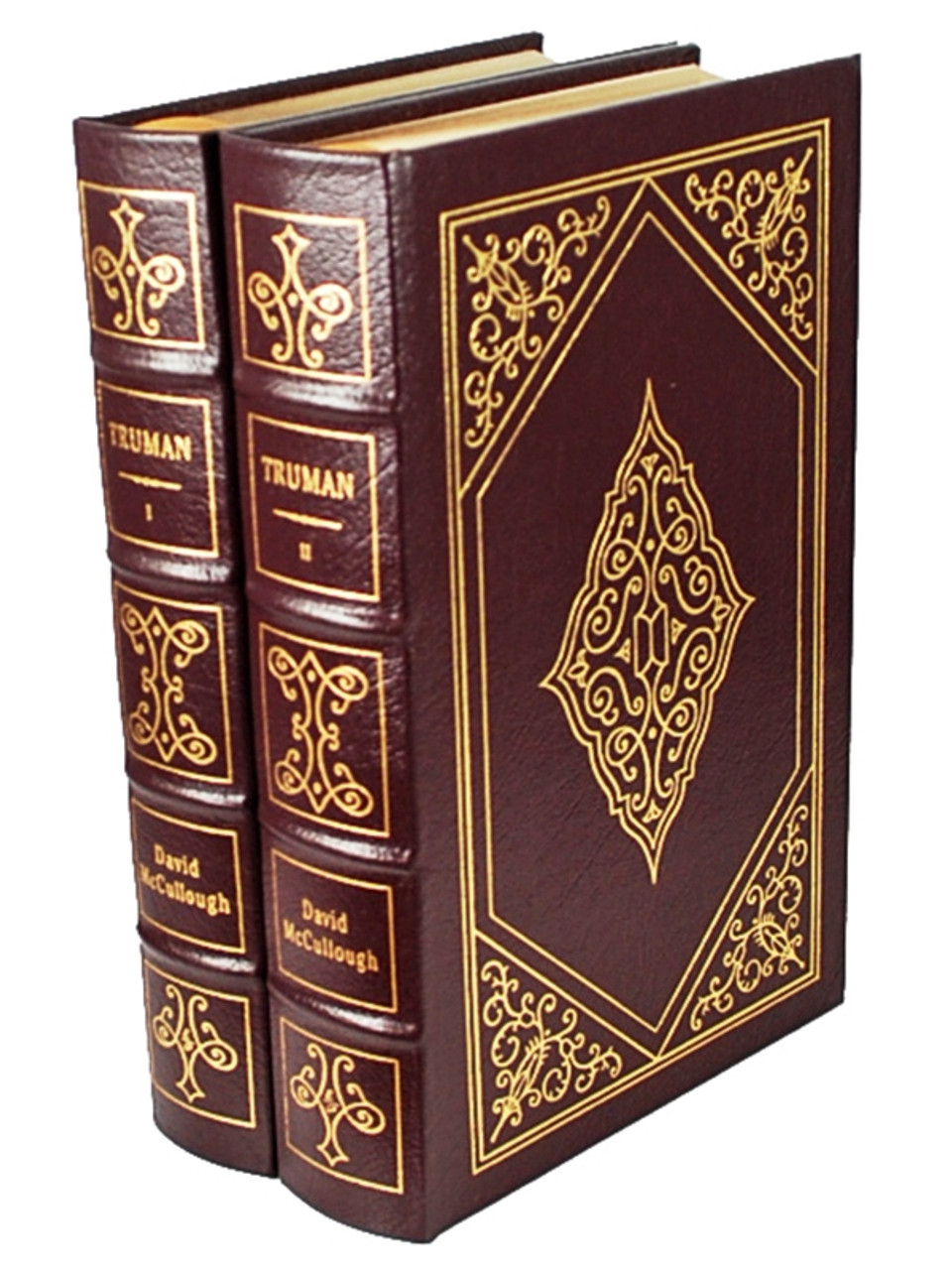 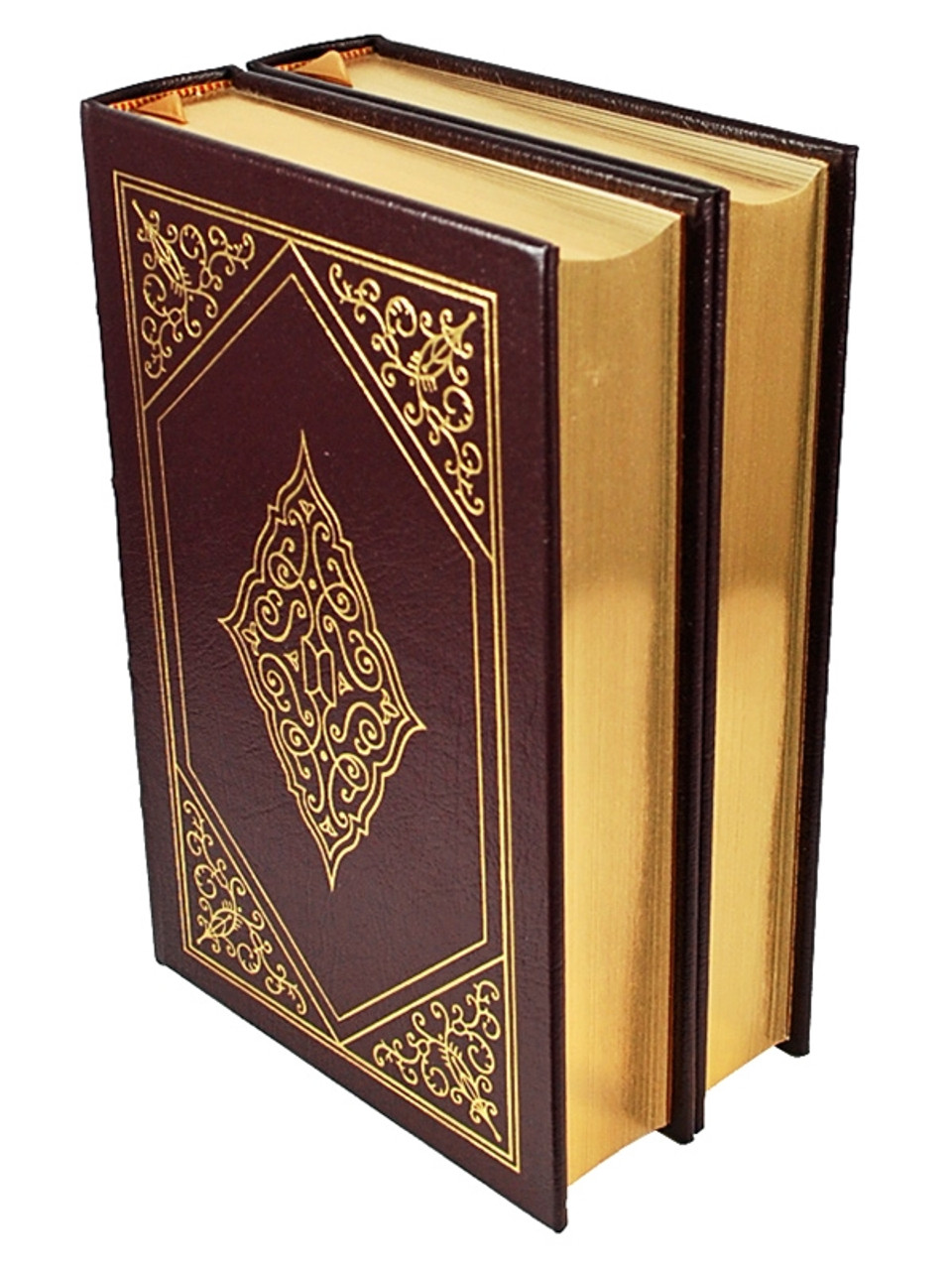 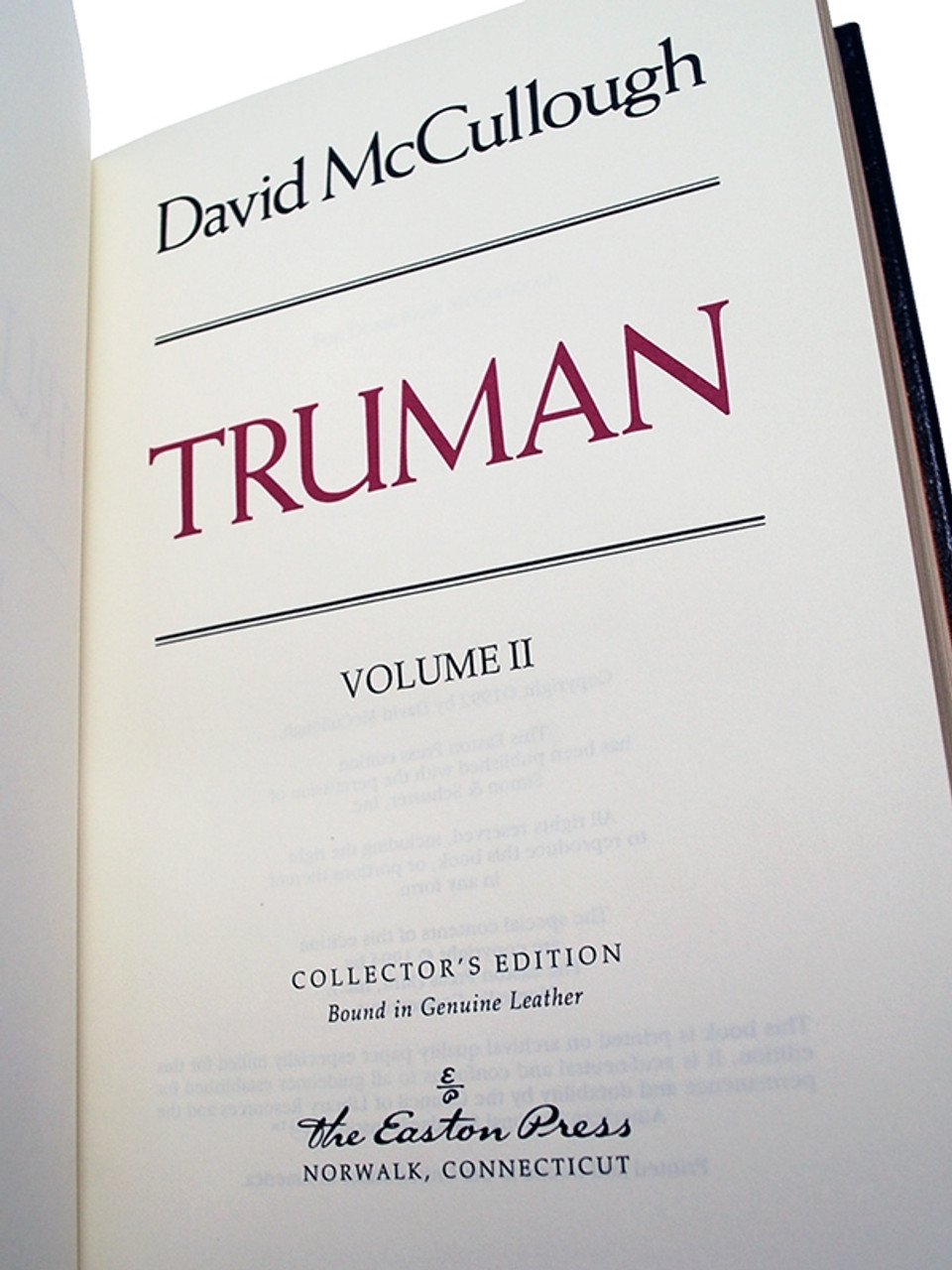 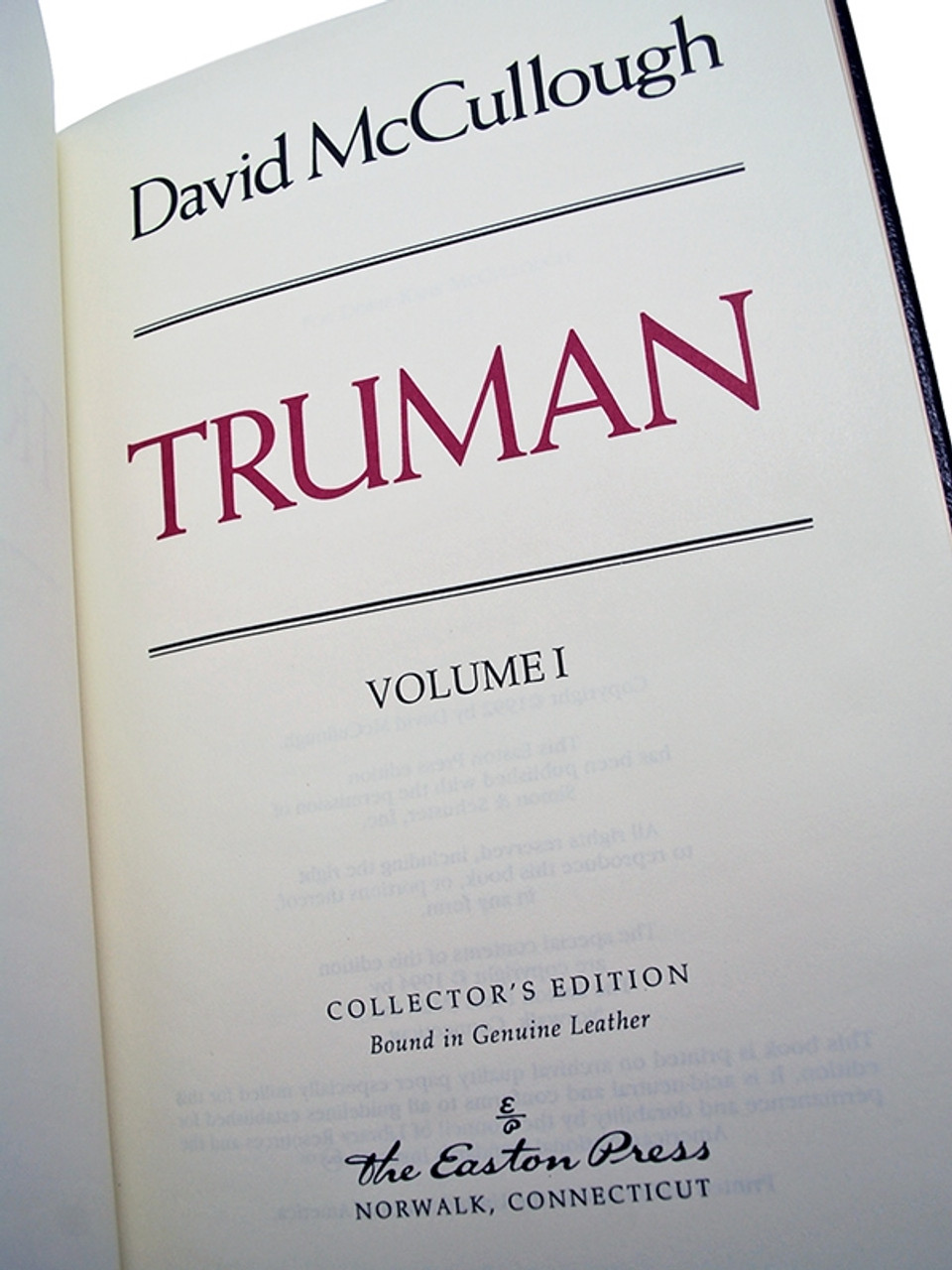 Enhance your presidential library with these 2 magnificent leather bound heirlooms.

The biography of Harry S Truman (1884-1972) , 33th President of the United States (1945-1953). From simple beginnings on the western Missouri frontier, Truman became president and eventually the driving figure for reconstructing America's foreign policy after World War II, establishing the Defense Department, and the CIA, even though some insisted on calling him an "ordinary man".

David Gaub McCullough (/məˈkʌlə/; born July 7, 1933) is an American author, narrator, historian, and lecturer. He is a two-time winner of the Pulitzer Prize and the National Book Award and a recipient of the Presidential Medal of Freedom, the United States' highest civilian award.

Born and raised in Pittsburgh, McCullough earned a degree in English literature from Yale University. His first book was The Johnstown Flood (1968); and he has since written nine more on such topics as Harry S. Truman, John Adams, the Brooklyn Bridge, and the Wright brothers. McCullough has also narrated numerous documentaries, such as The Civil War by Ken Burns, as well as the 2003 film Seabiscuit; and he hosted American Experience for twelve years.

McCullough's two Pulitzer Prize-winning books, Truman and John Adams, have been adapted by HBO into a TV film and a miniseries, respectively.

Fine for both volumes. Free marking, writings or stamps. No attached bookplates or signs of any removed. No edge wear or fading to gold design. Not even a single scratch to the gilded page edges.

open sesame....The Complete Arabian Nights - Uncut and Uncensored. A beautiful set that will make a great addition to any library.

The Most Comprehensive Biography of Churchill in This Luxurious Deluxe Leather Bound CollectionPhotos of actual collection. This is the deluxe leather bound edition of The Official Bio