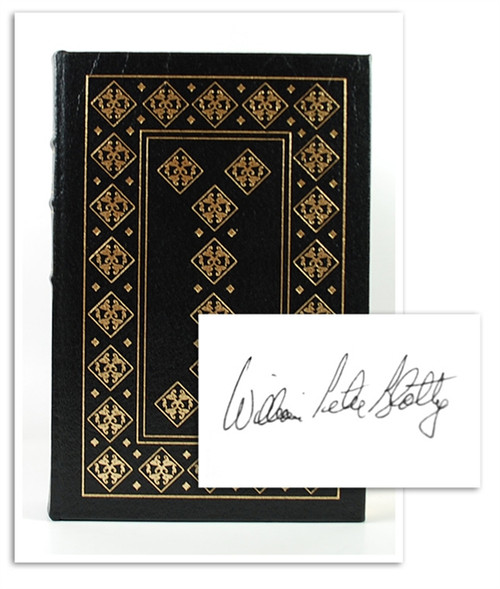 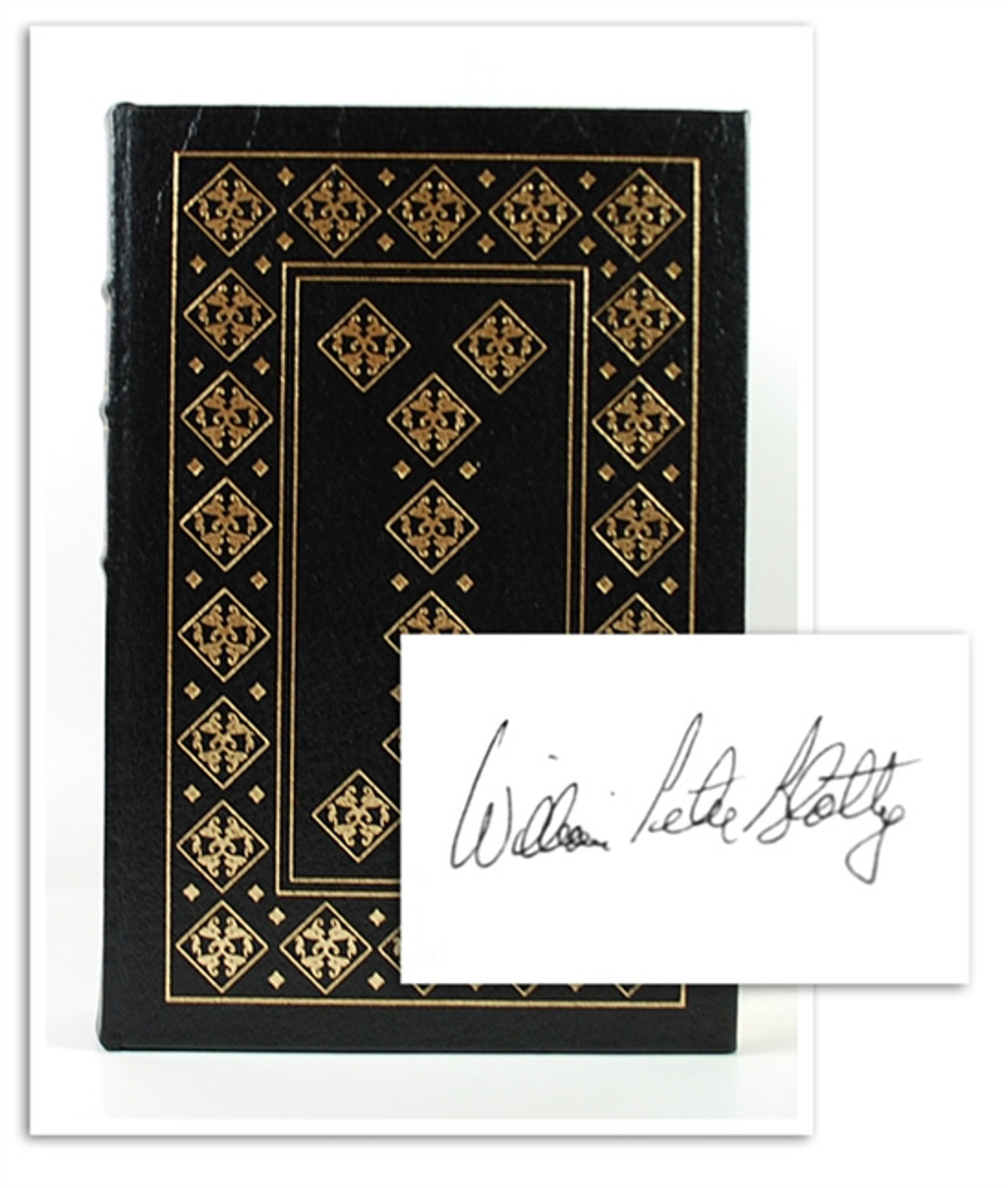 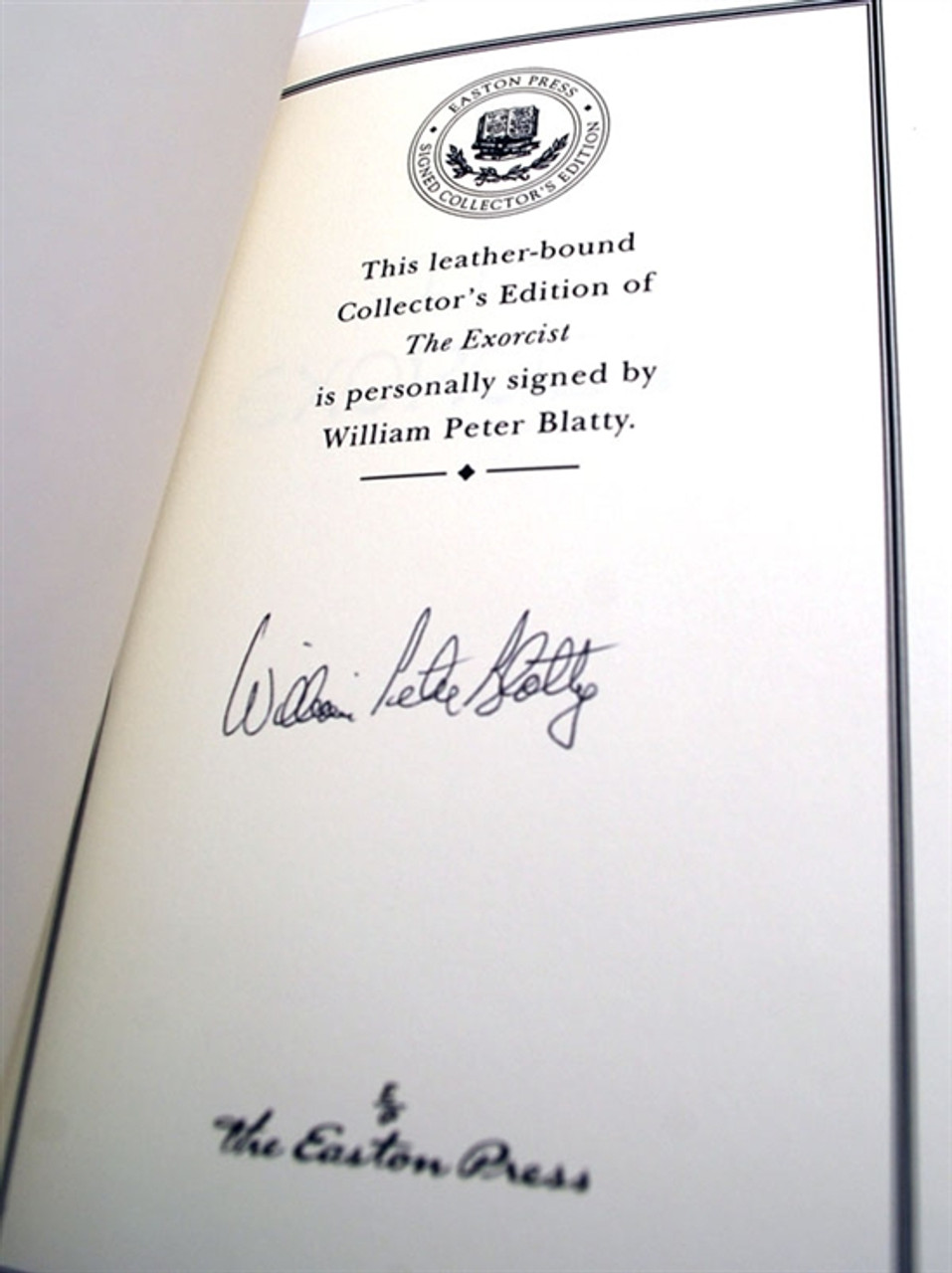 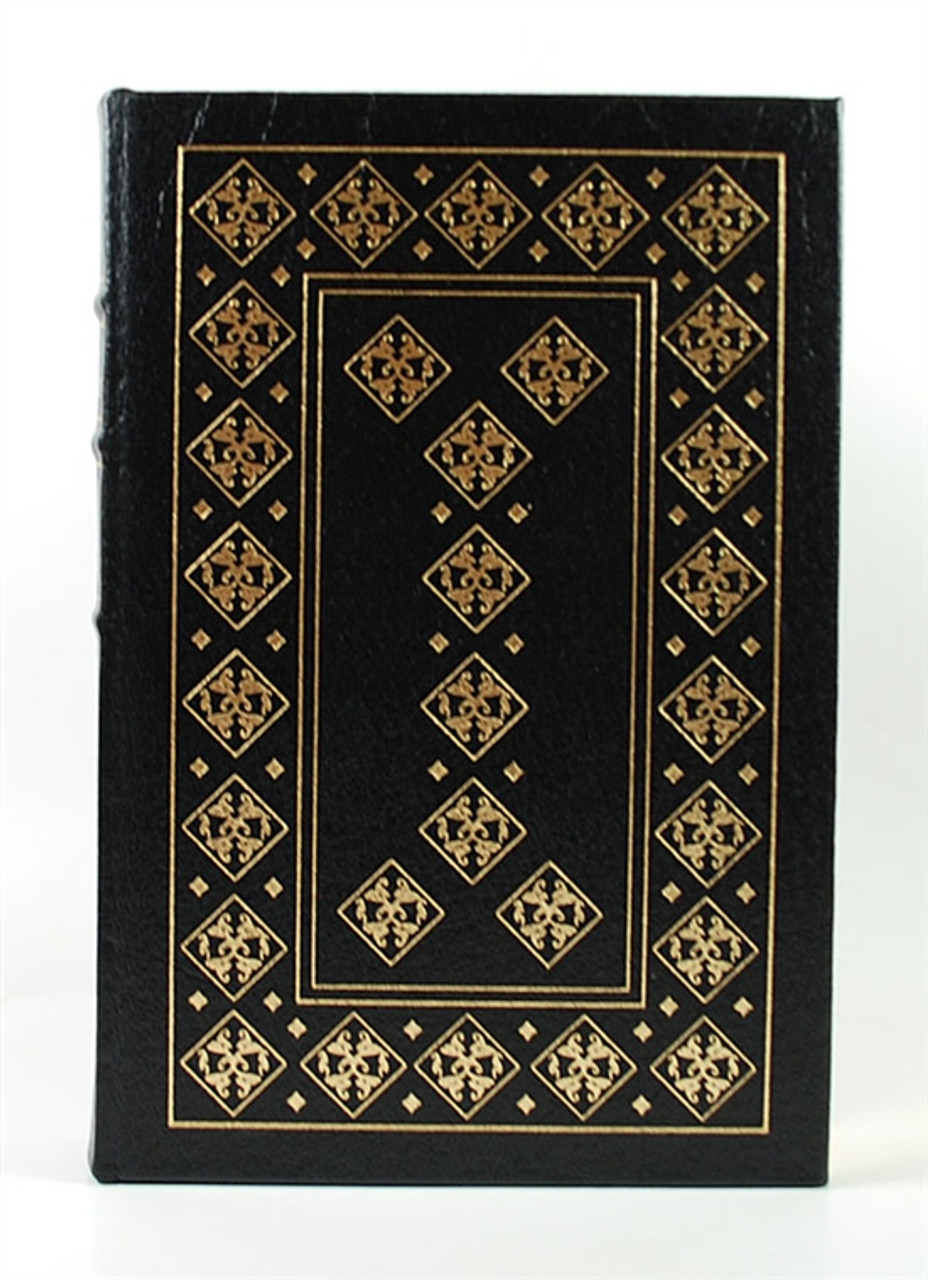 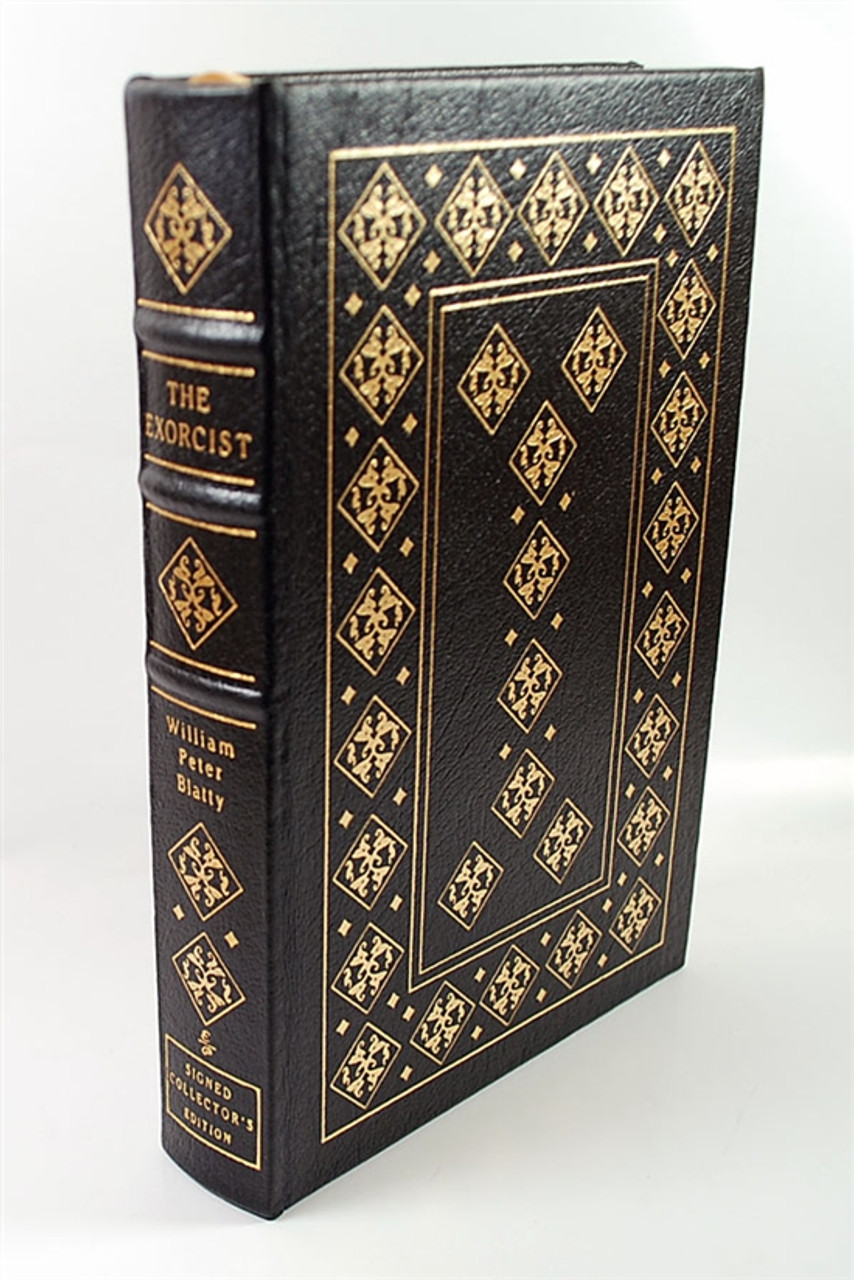 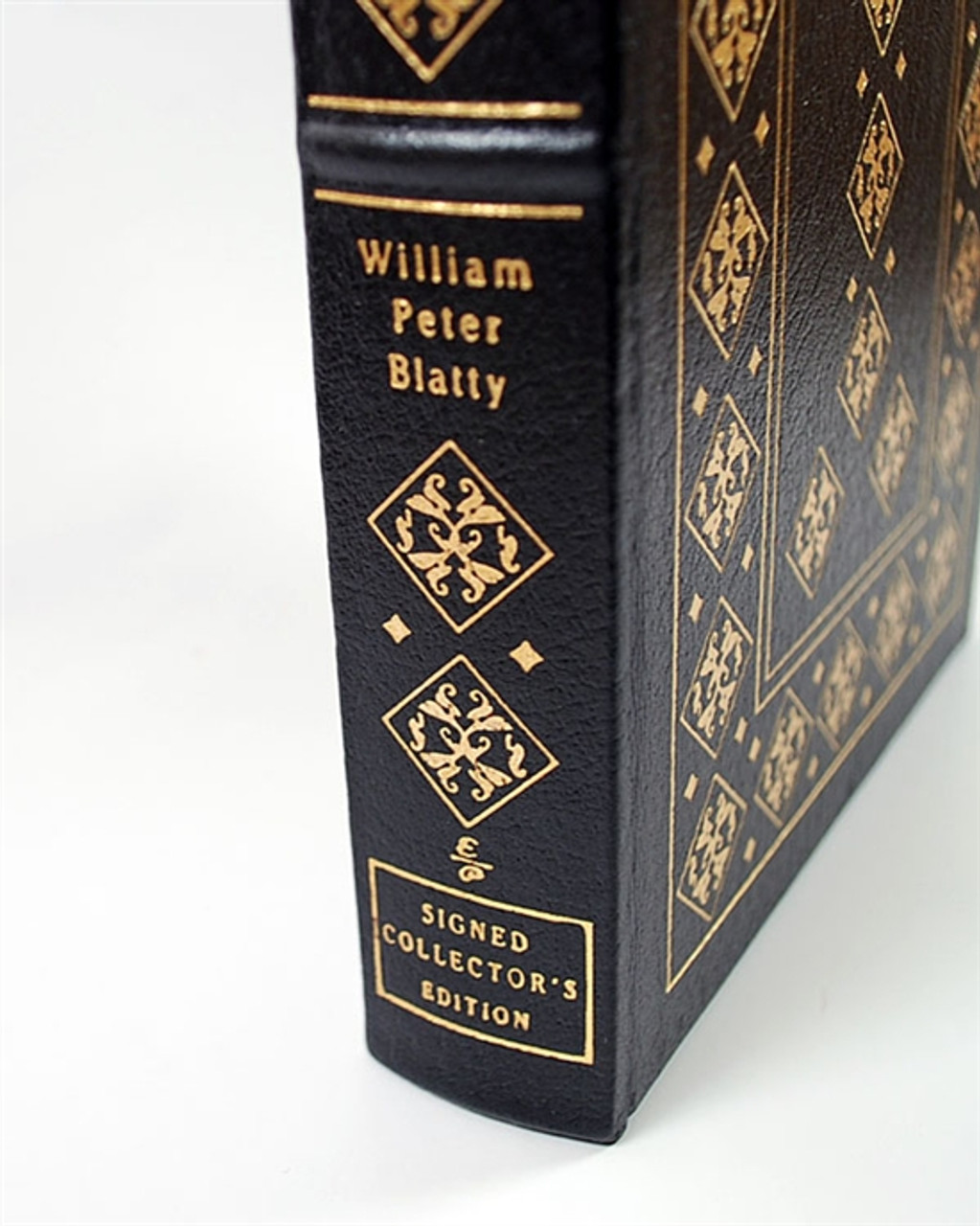 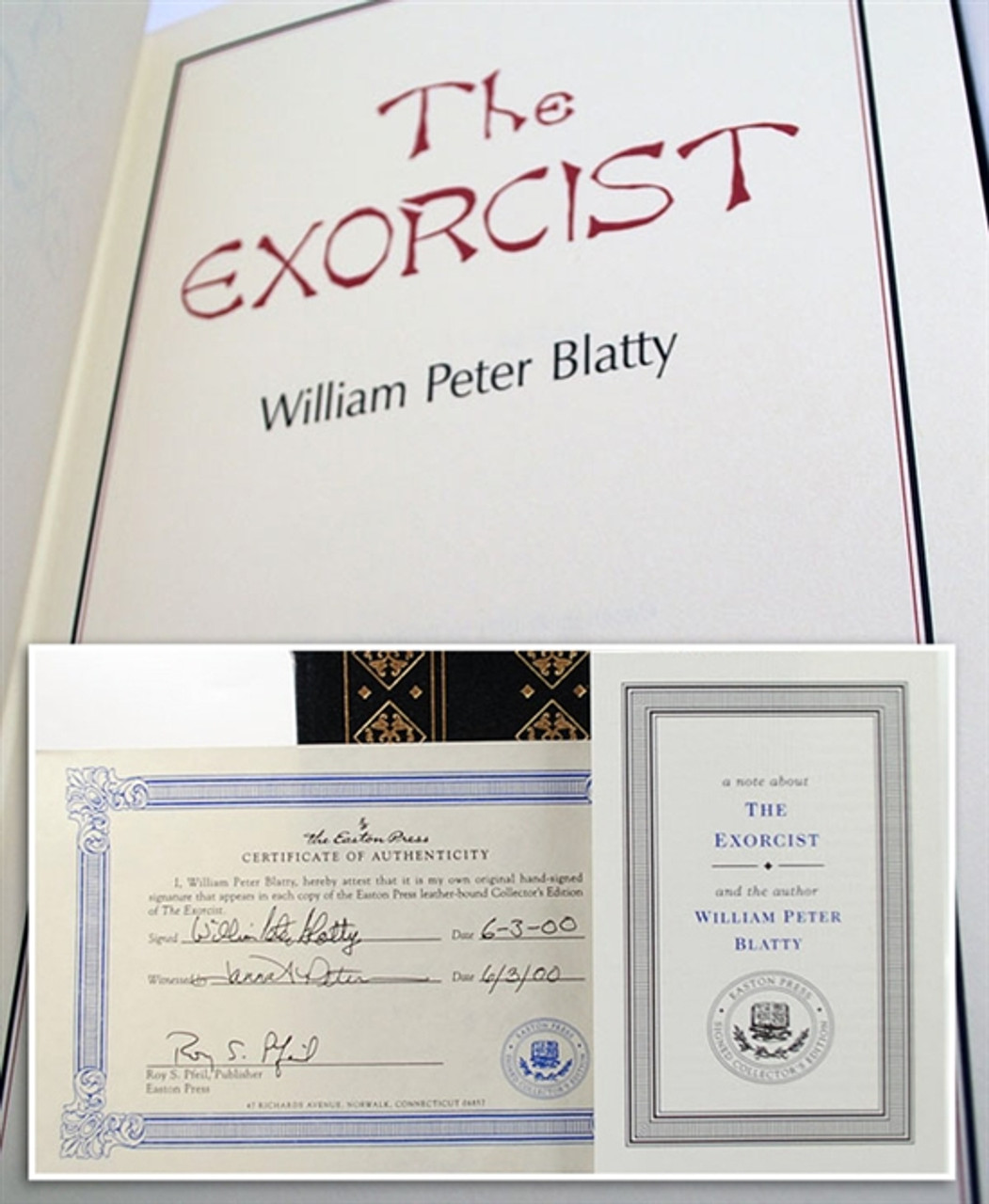 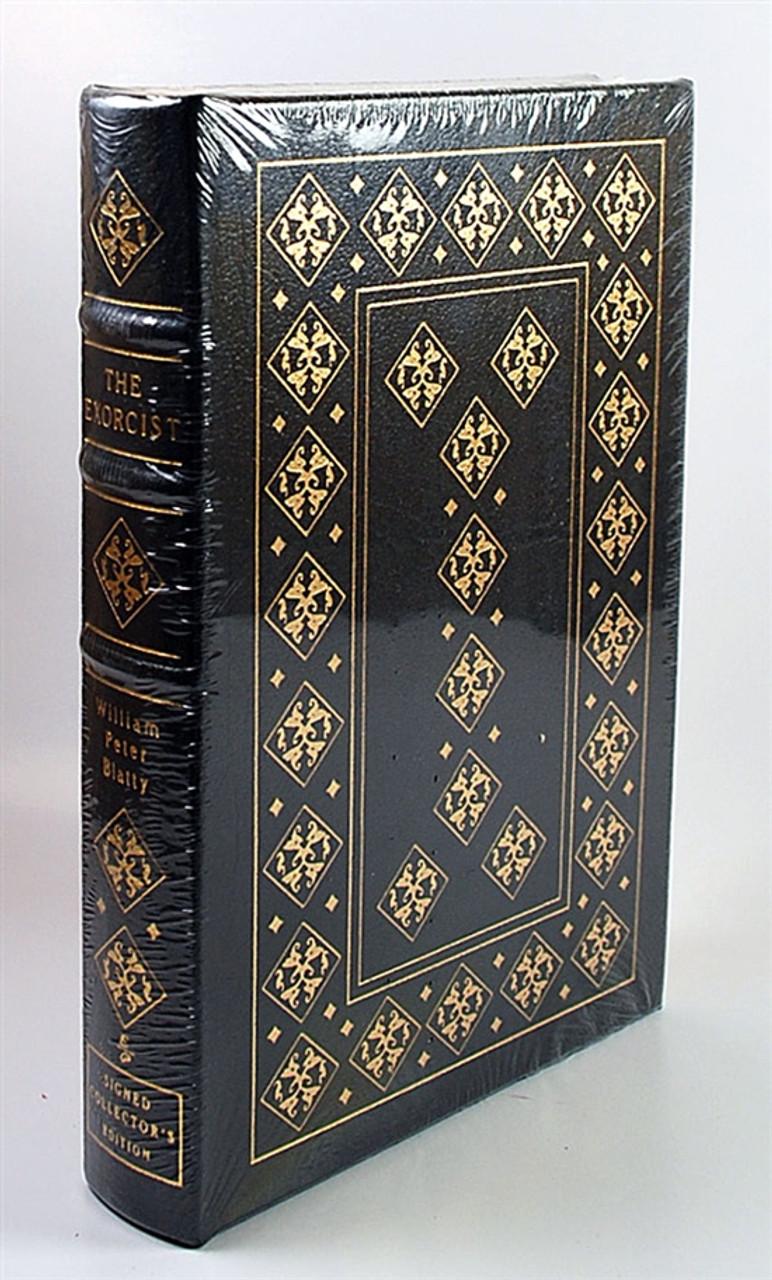 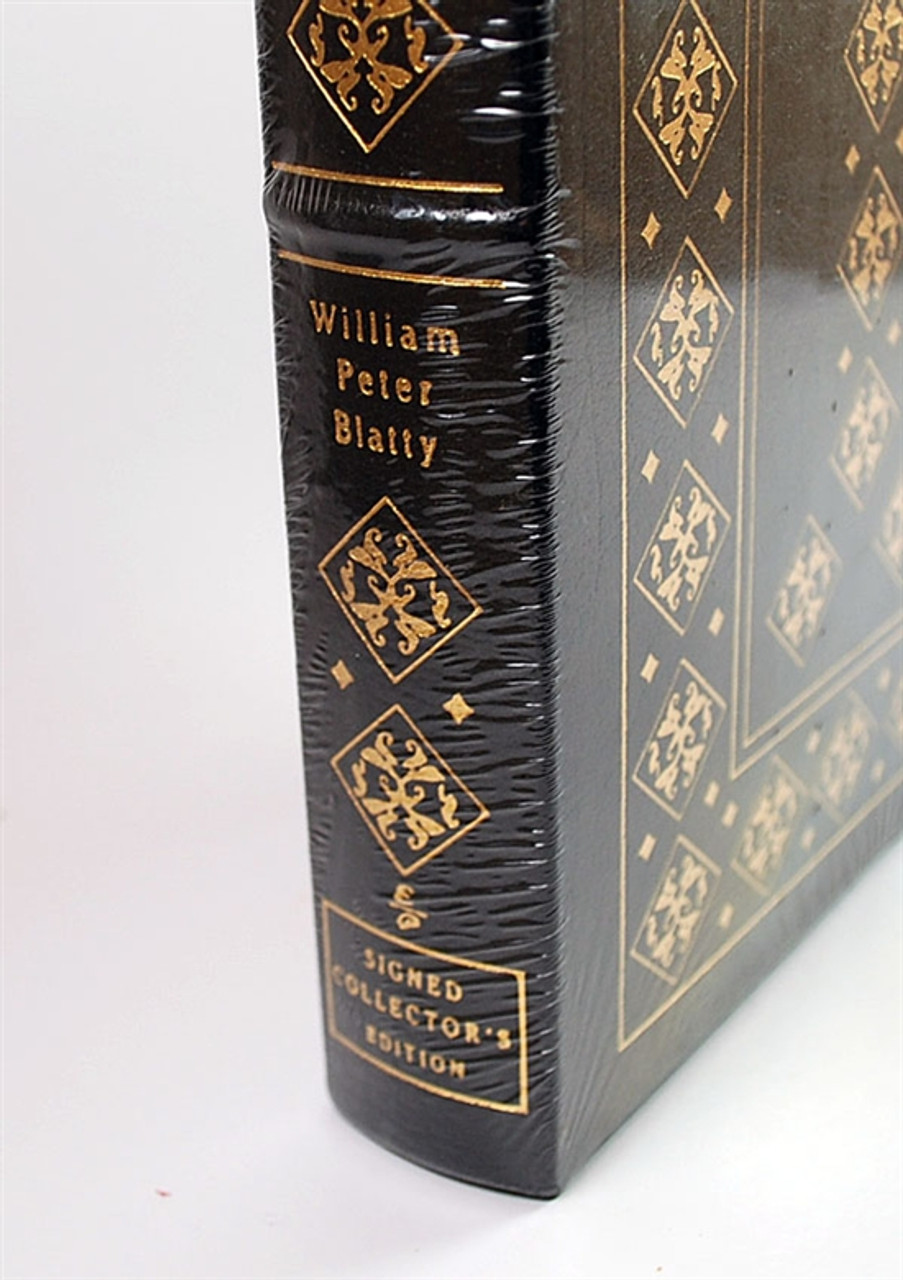 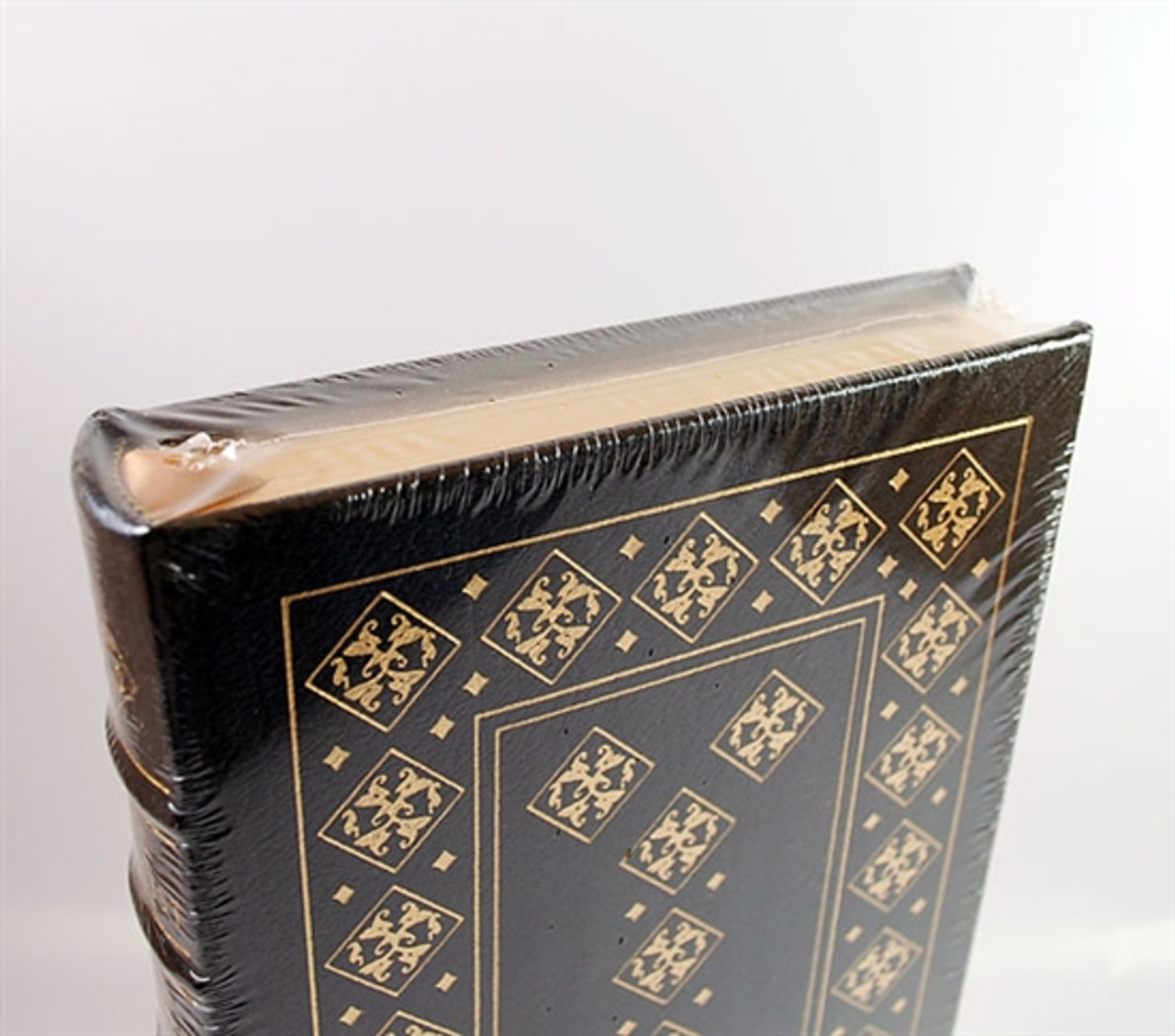 "The power of Christ compels you!"

When originally published in 1971, The Exorcist became not only a bestselling literary phenomenon, but one of the most frightening and controversial novels ever written. When the author adapted his book to the screen two years later, it then became one of the most terrifying movies ever made.

Personally signed by William Peter Blatty on a special title page.
Blatty fictionalized the true story of a child's demonic possession in the 1940s. The deceptively simple story focuses on Regan, the 11-year-old daughter of a movie actress residing in Washington, D.C.; the child apparently is possessed by an ancient demon. It's up to a small group of overwhelmed yet determined humans to somehow rescue Regan from this unspeakable fate. Purposefully raw and profane, this novel still has the extraordinary ability to literally shock us into forgetting that it is "just a story." The Exorcist remains a truly unforgettable reading experience.


Background
The Exorcist is a horror novel written by William Peter Blatty. It is based on a supposedly genuine 1949 exorcism Blatty heard about while he was a student in the class of 1950 at Georgetown University, a Jesuit and Catholic school. The exorcism was partially performed in both Cottage City, Maryland and Bel-Nor, Missouri. Several area newspapers reported on a speech a minister gave to an amateur parapsychologysociety, in which he claimed to have exorcised a demon from a thirteen-year-old boy named Robbie, and that the ordeal lasted a little more than six weeks, ending on April 19, 1949
Film Adaptation
The novel was made into a successful Academy Award-winning horror film in 1973, with the screenplay written by Blatty. The filmoriginally contained several key sequences from the novel, which were cut prior to release by director Friedkin over Blatty's protests. The deleted scenes, and some new digital effects, were inserted into the re-release subtitled "The Version You've Never Seen" in 2000.