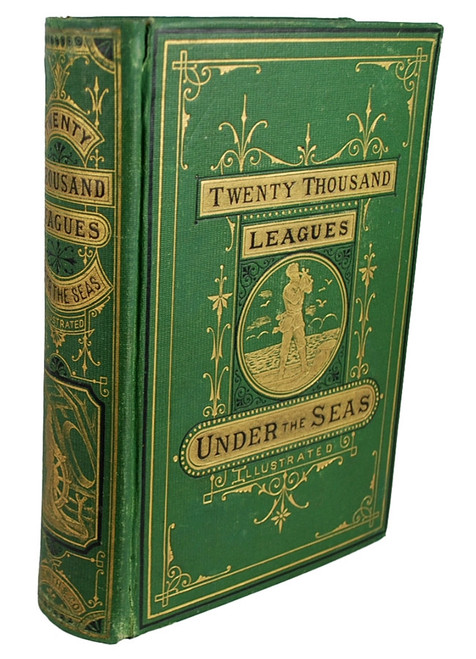 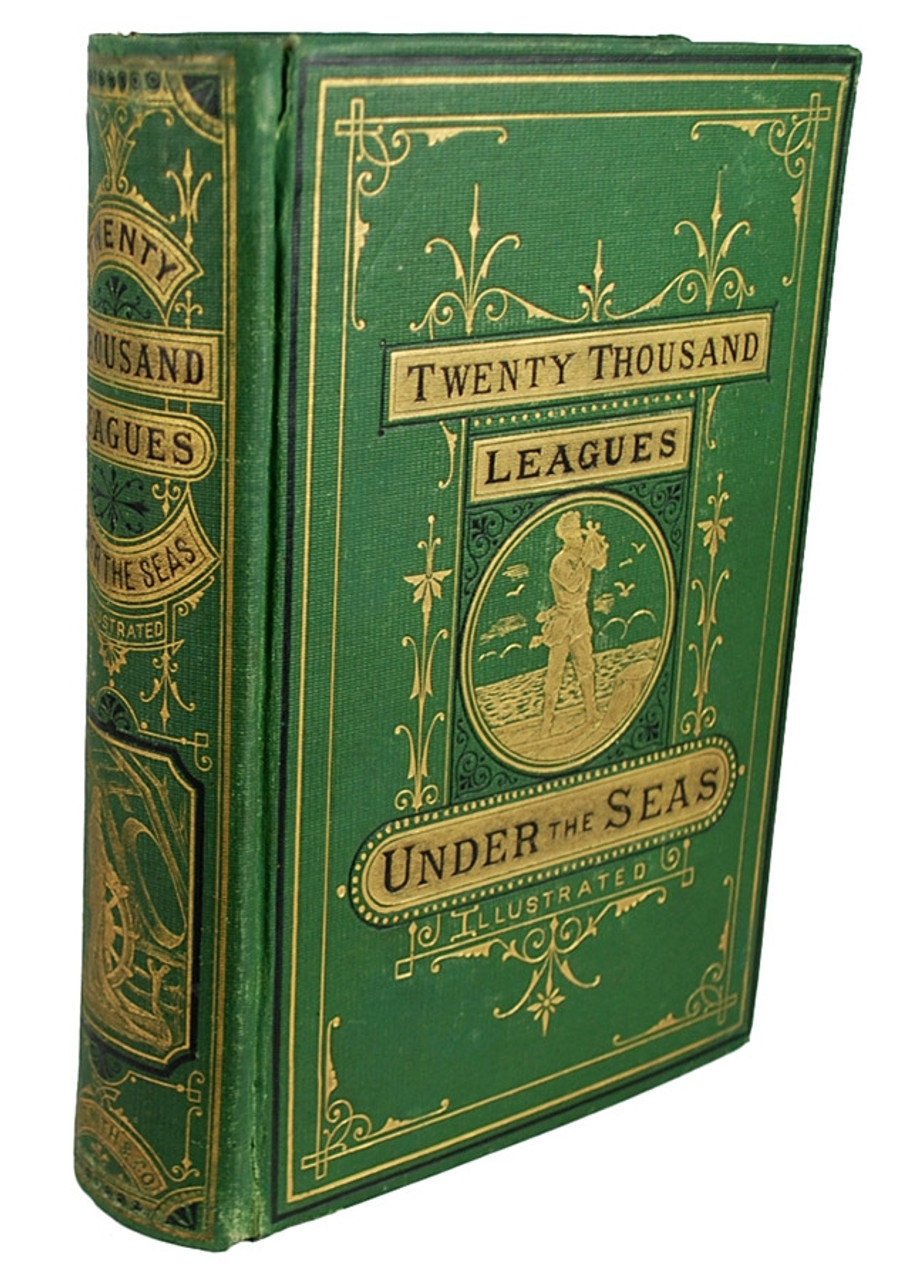 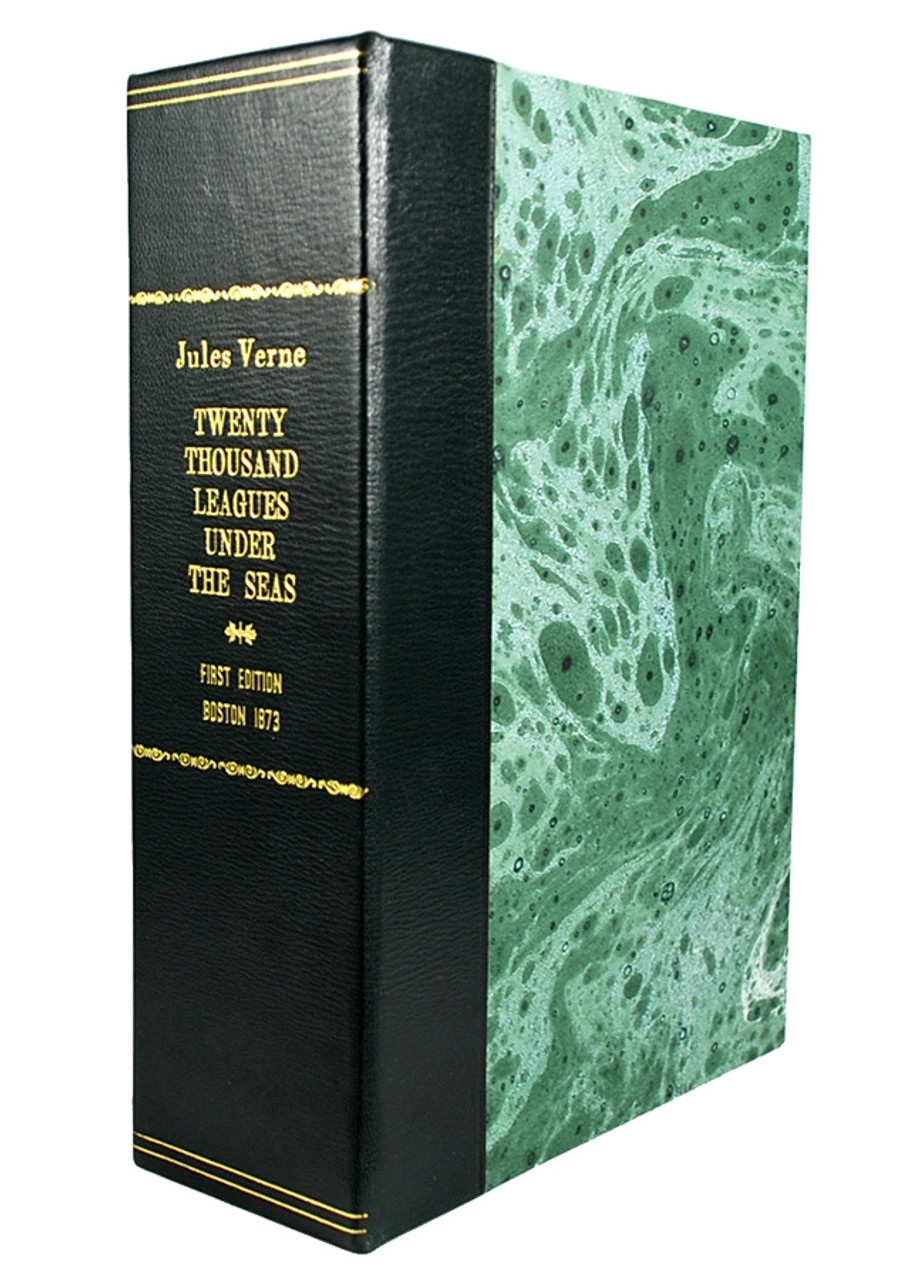 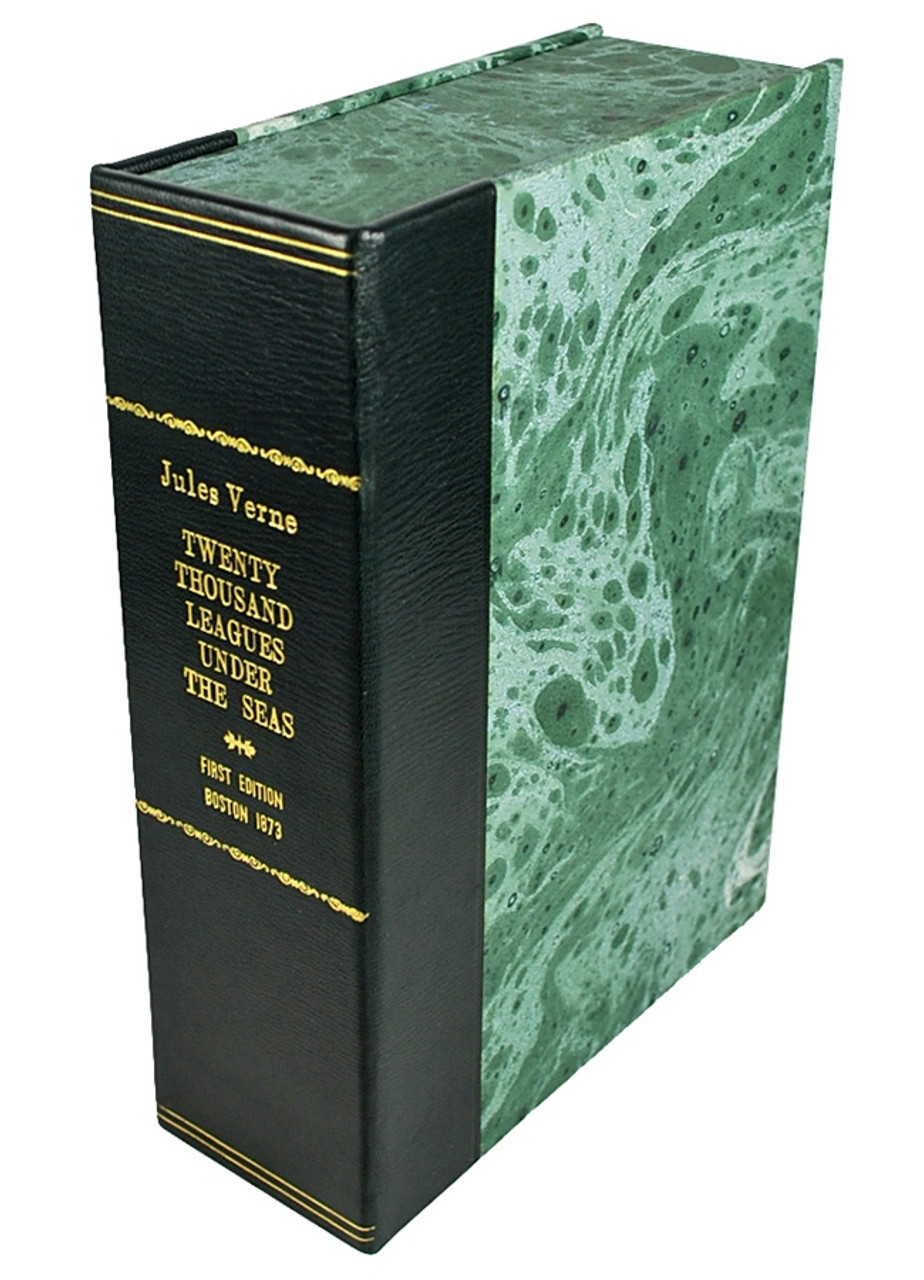 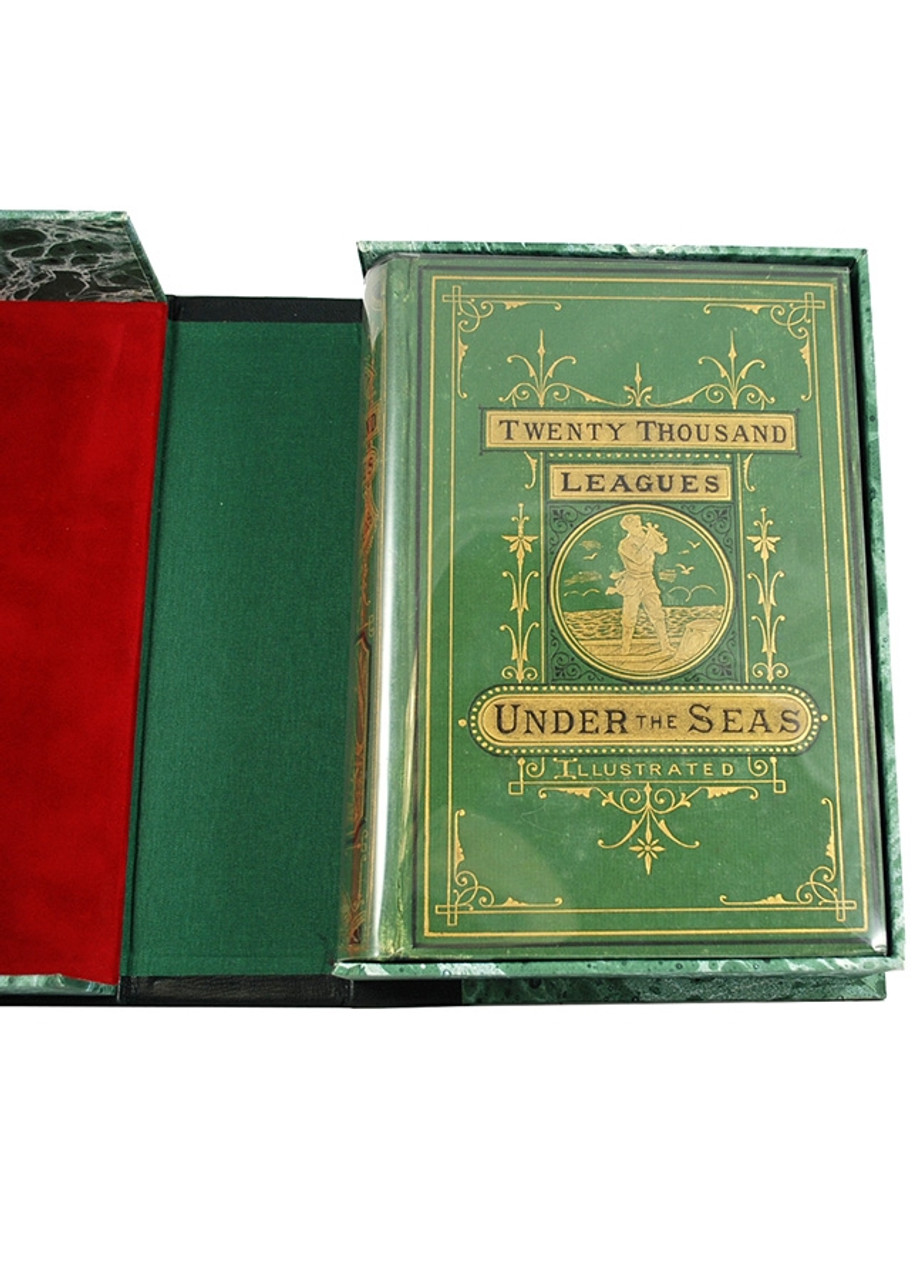 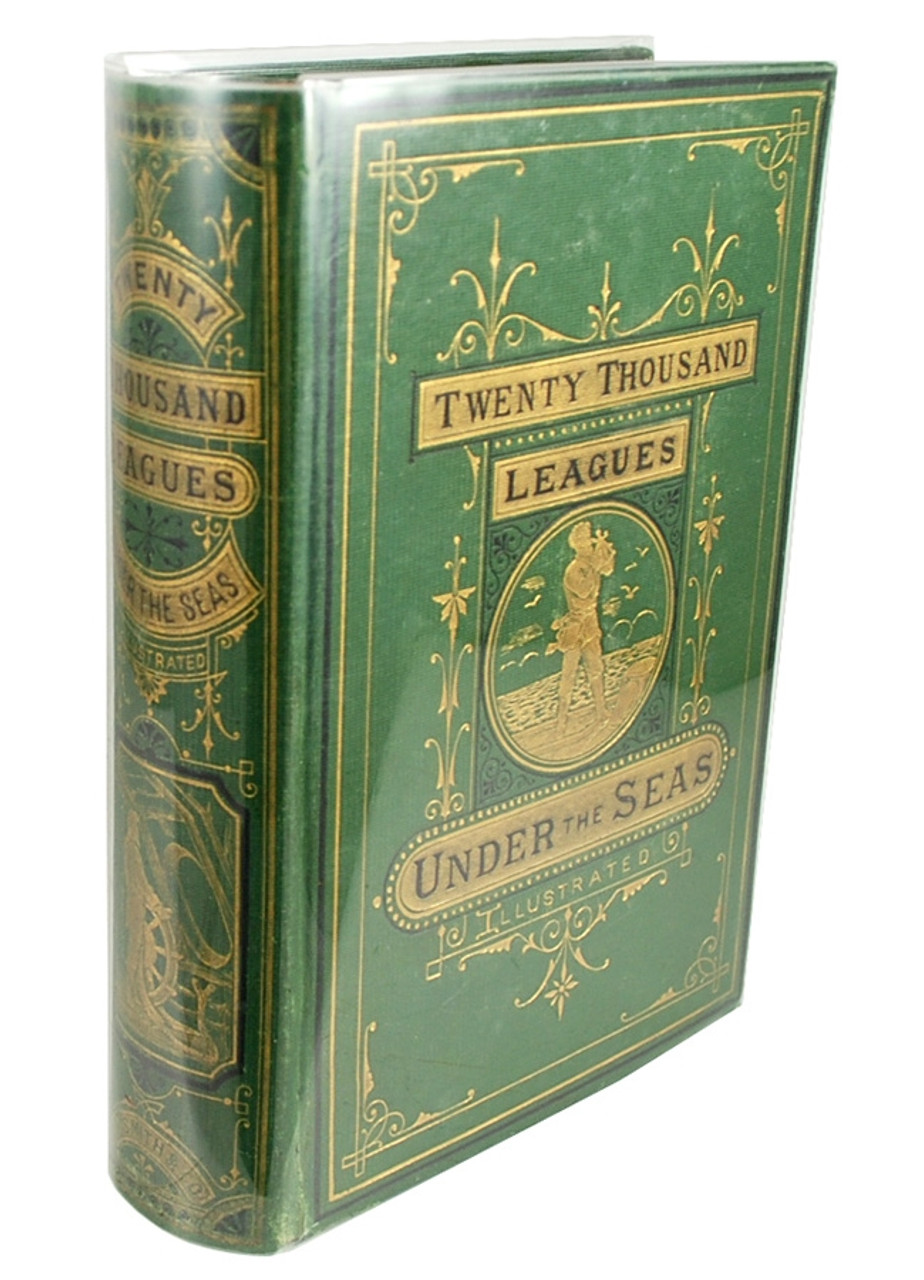 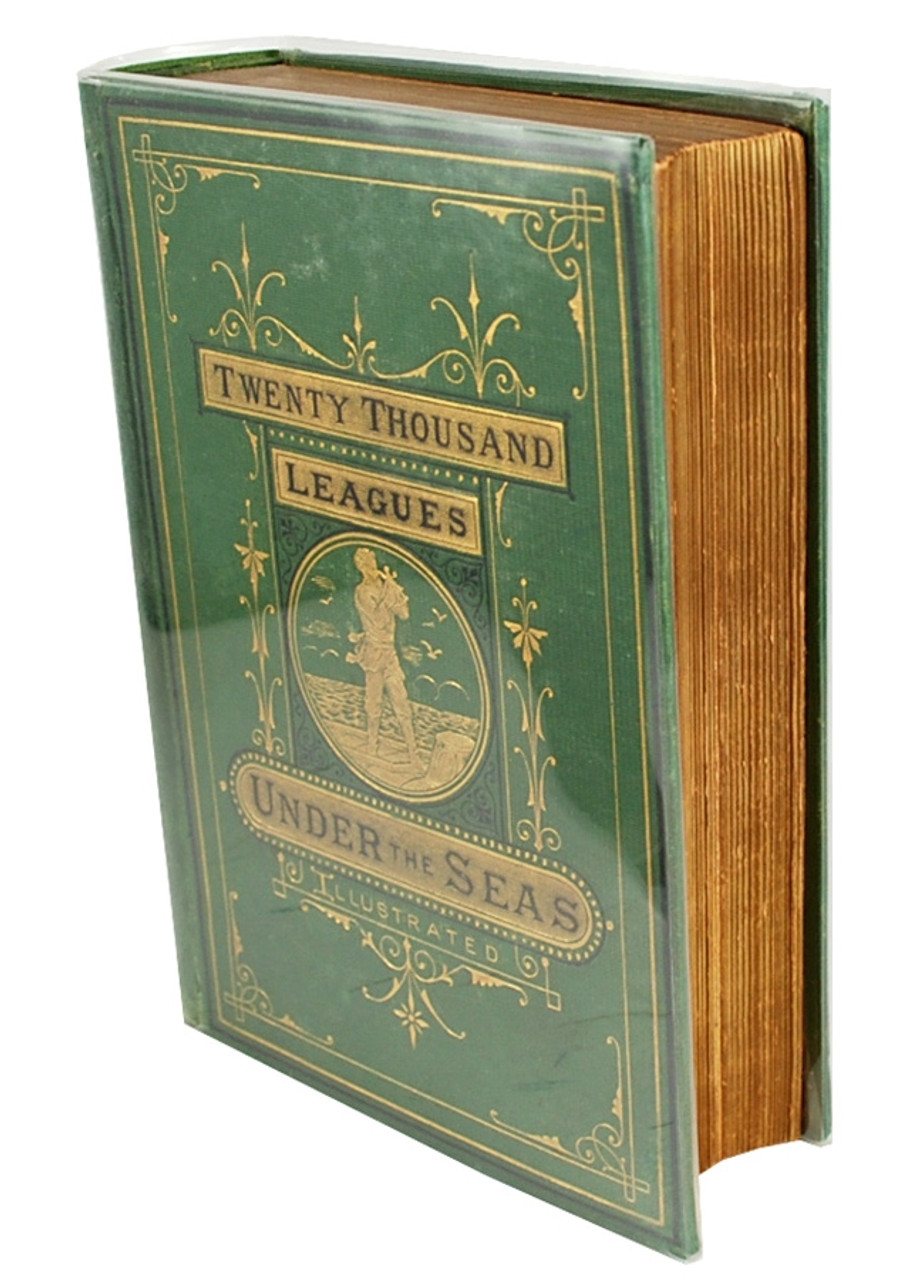 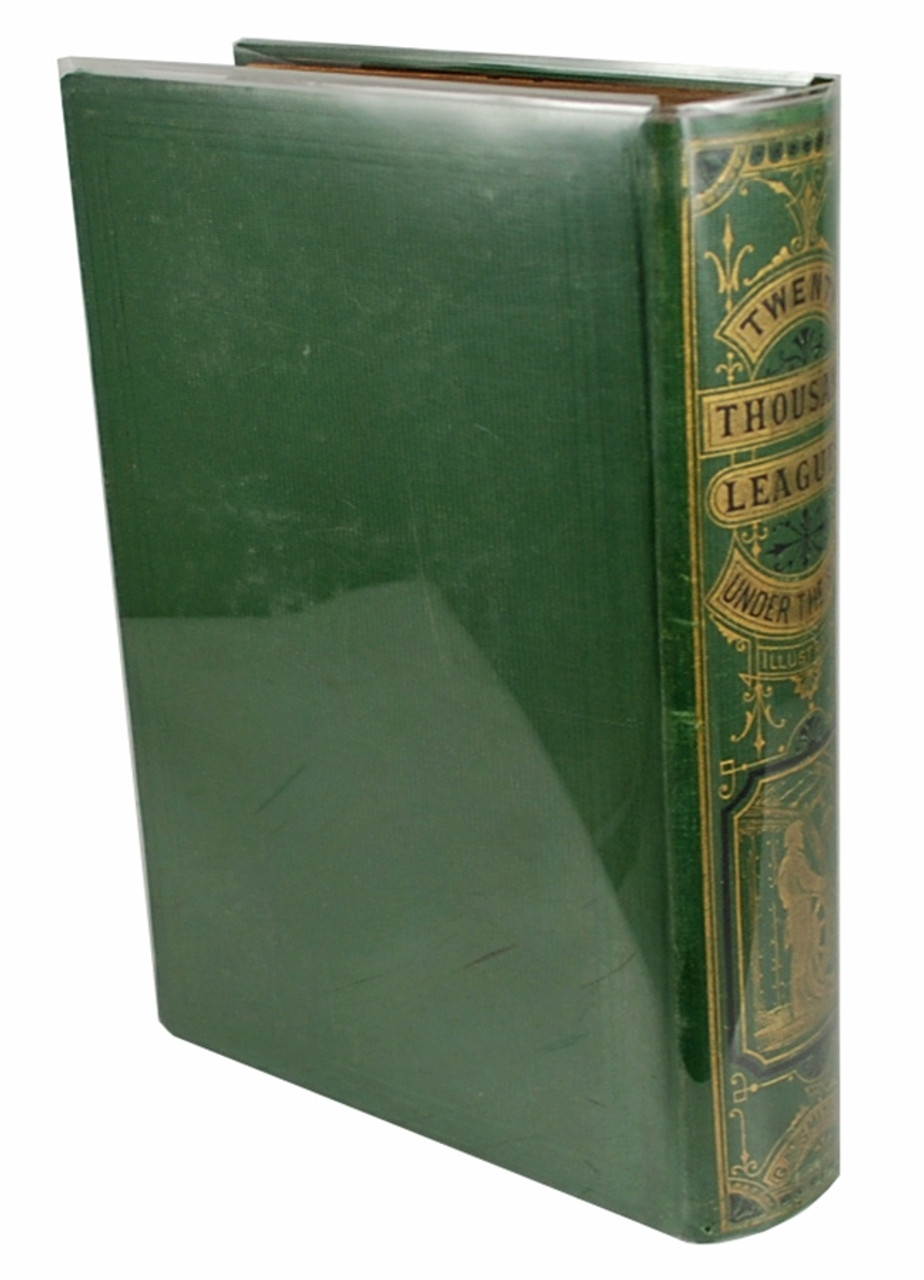 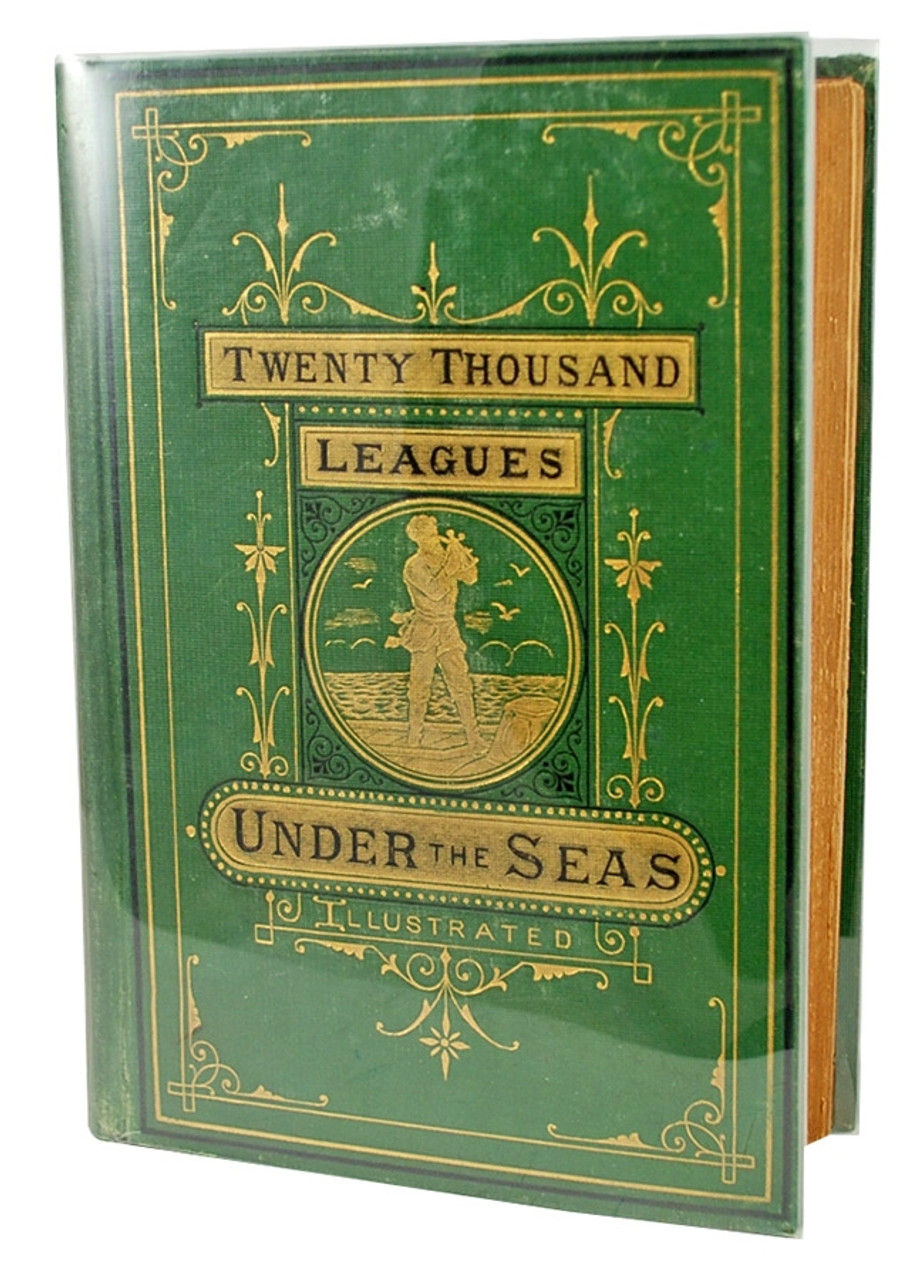 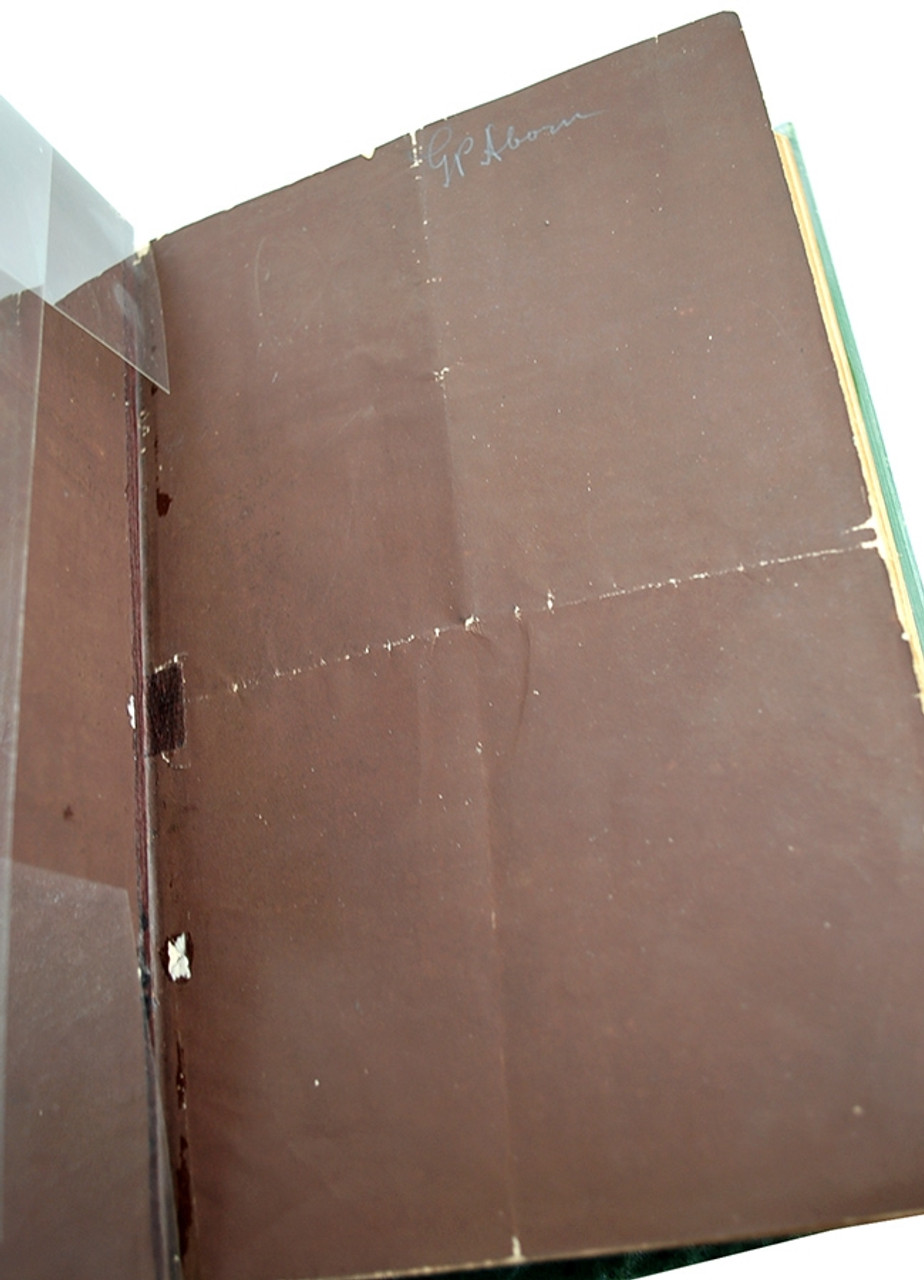 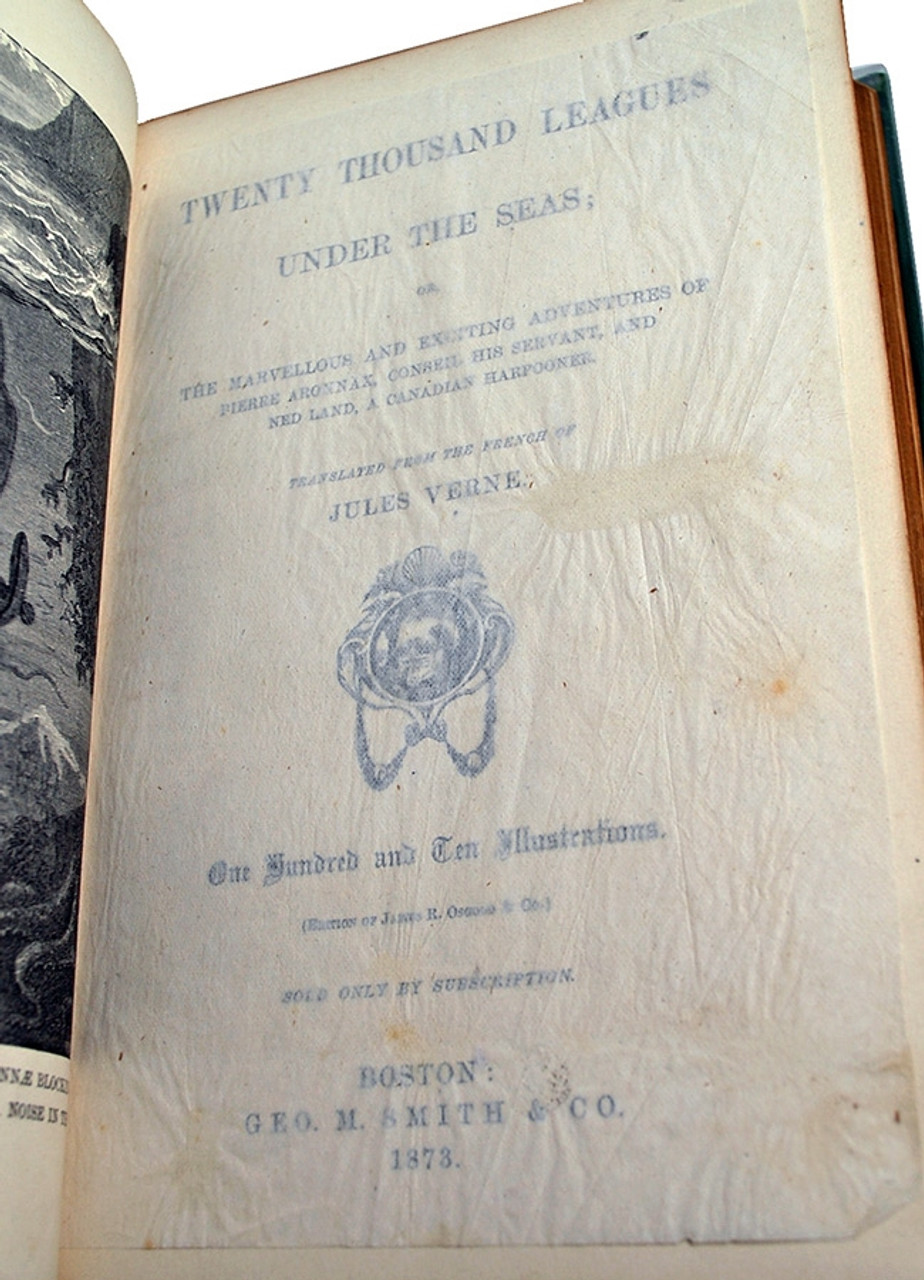 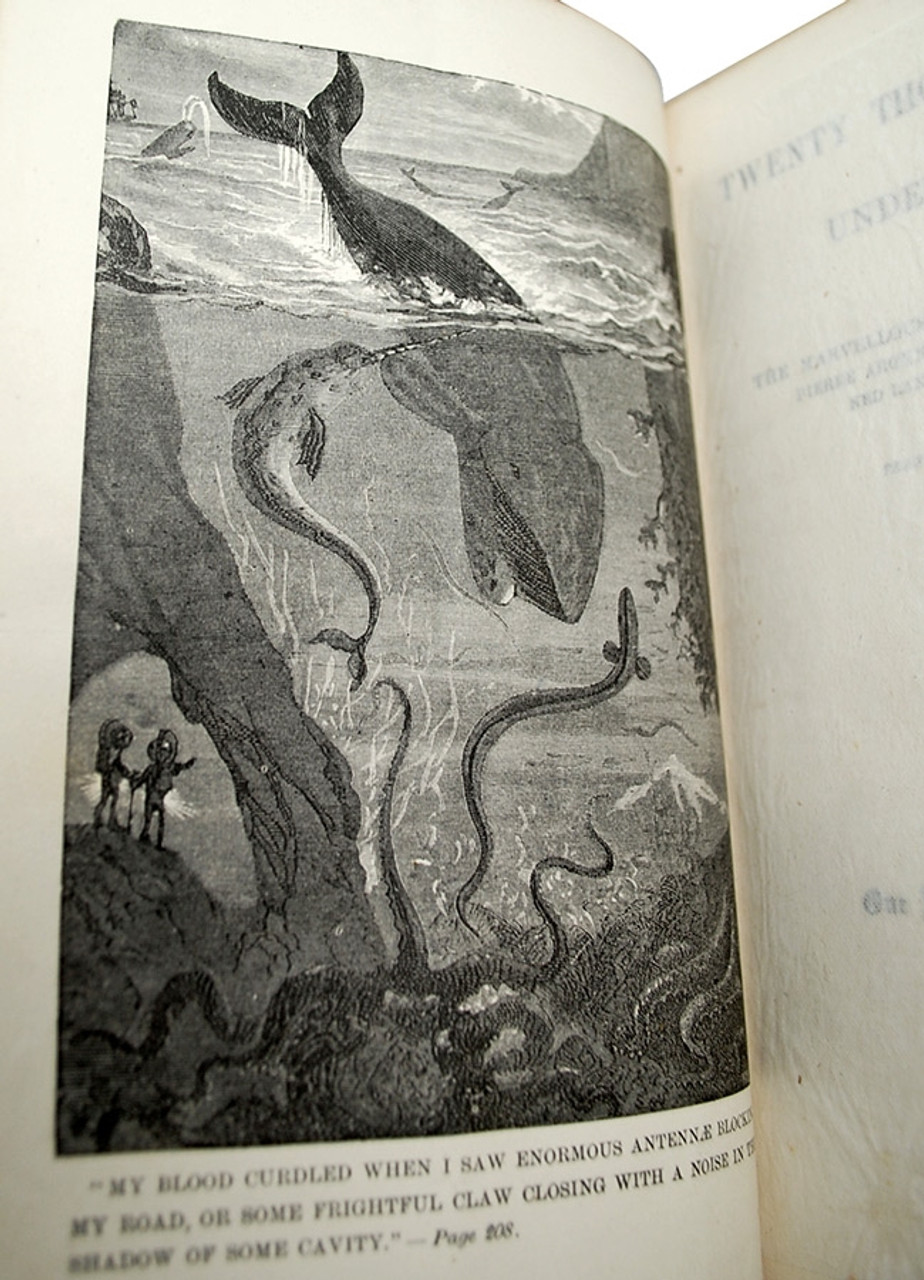 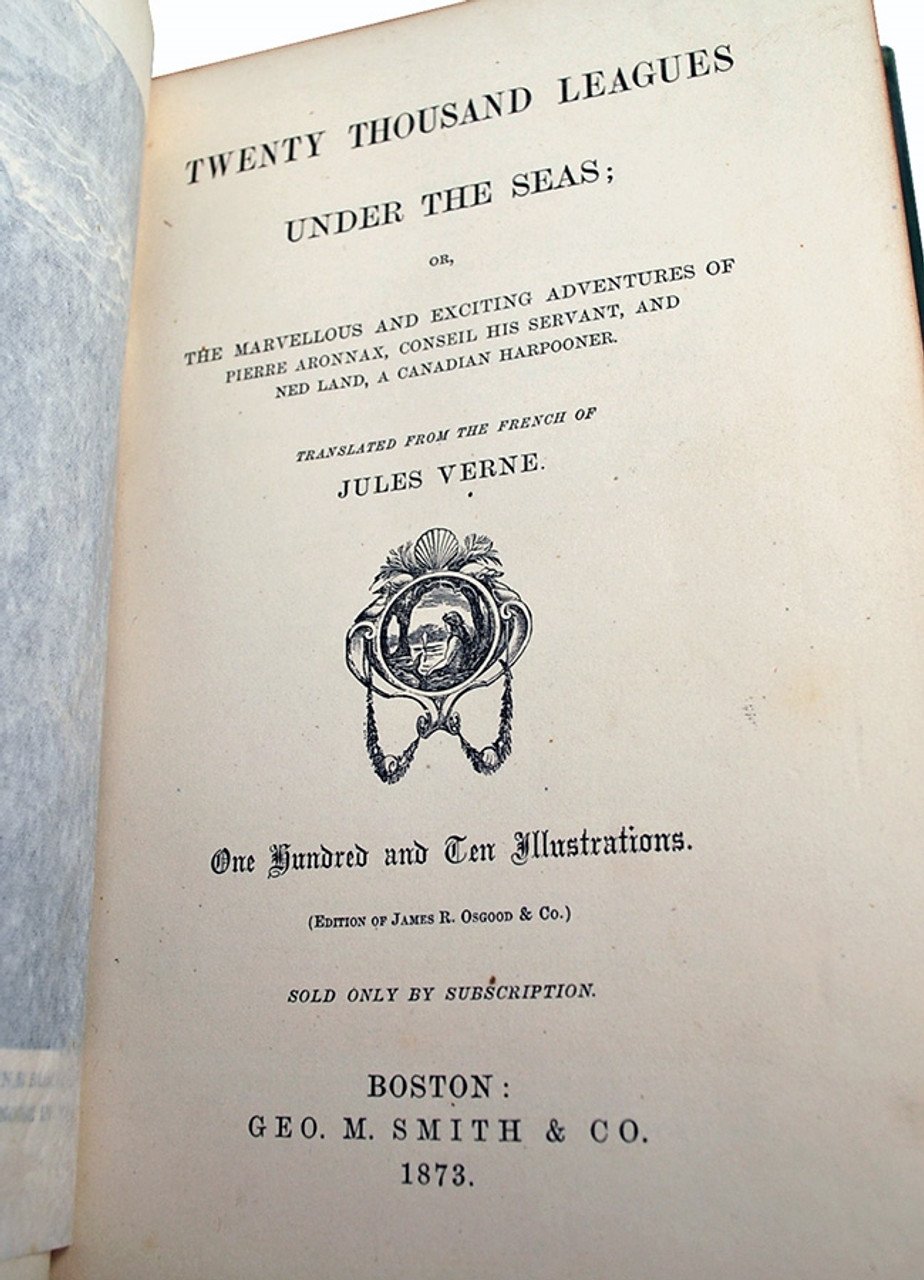 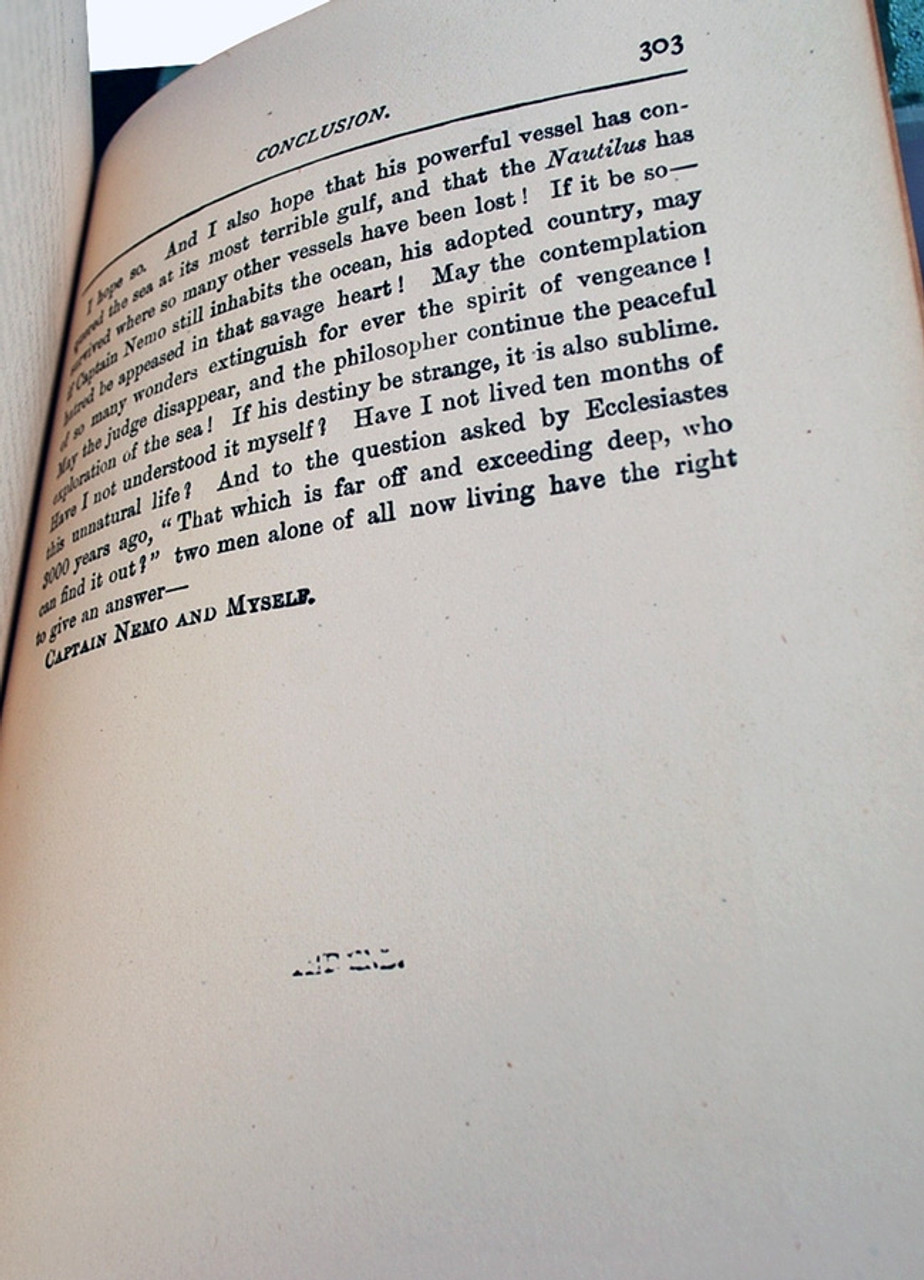 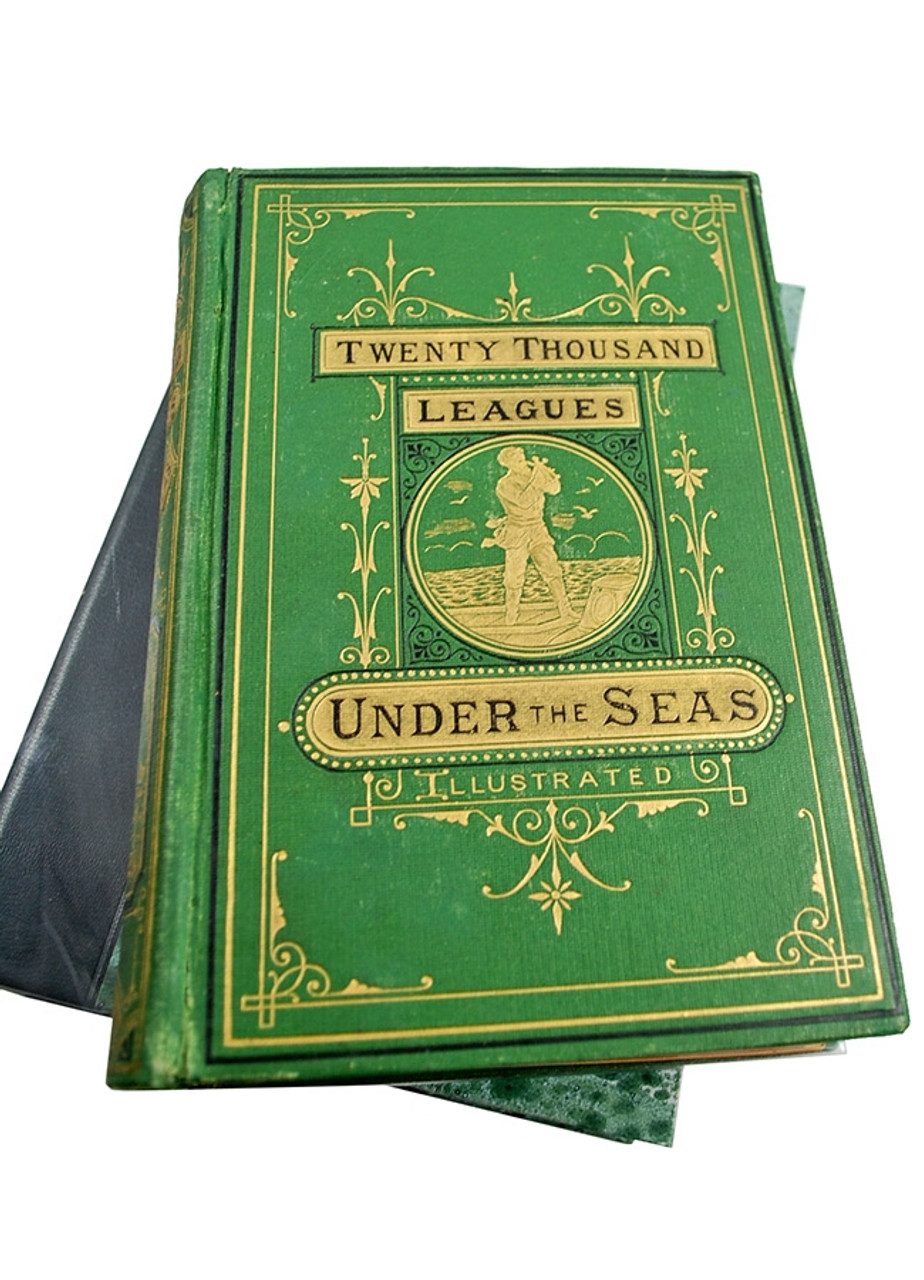 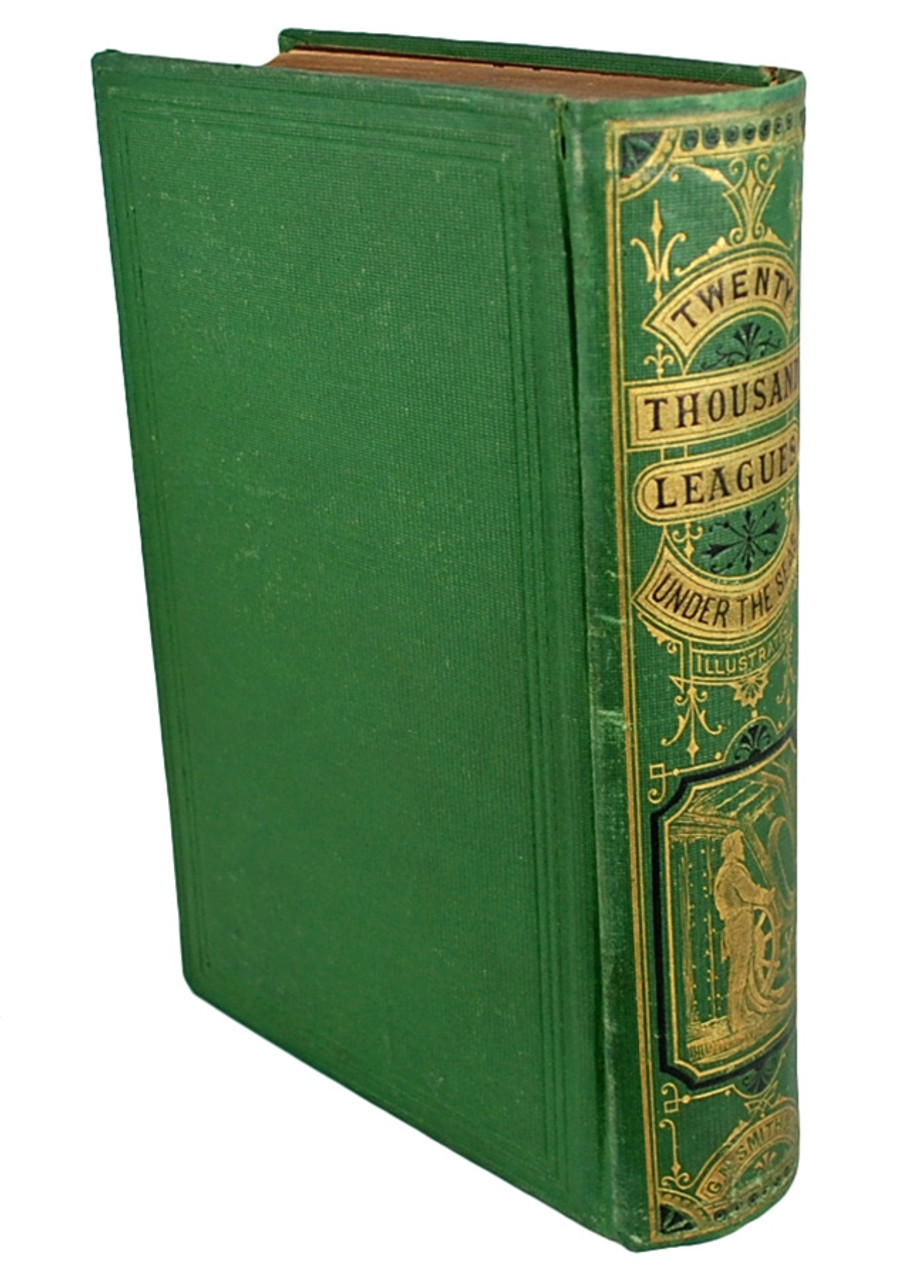 
Boston, Geo M. Smith & Co. 1873. Jules Verne "Twenty Thousand Leagues Under The Seas" or The Marvelous and Exciting Adventures of Pierre Aronnax, Conseil His Servant, And Ned Land, A Canadian Harpooner" Translated from the French of Jules Verne. One Hundred and Ten Illustrations. (Edition of James R. Osgood & Co.) "Sold only by Subscription" as stated on the copyright page. First Edition, Second Printing. Original green cloth decorated with all page edges gilt, a deluxe feature for paying subscribers. "THE END" partially visible on page 303.

The book is now protected with a clear Mylar plastic sleeve and housed in a handsome green clam-shell tray case with a leather bound spine. The spine is printed with the name of the novel and the author along with FIRST EDITION , BOSTON 1873.
About the book

The novel was originally serialized from March 1869 through June 1870 in Pierre-Jules Hetzel's periodical, the Magasin d'Éducation et de Récréation. The deluxe illustrated edition, published by Hetzel in November 1871, included 111 illustrations by Alphonse de Neuville and Édouard Riou. The book was highly acclaimed when it was released and remains so; it is regarded as one of the premiere adventure novels and one of Verne's greatest works, along with Around the World in Eighty Days and Journey to the Center of the Earth. The description of Nemo's ship, the Nautilus, was considered ahead of its time, as it accurately describes features on submarines, which at the time were very primitive vessels.

A model of the French submarine Plongeur (launched in 1863) was displayed at the 1867 Exposition Universelle, where it was studied by Jules Verne, who used it as an inspiration for the novel.

Verne's collaboration with the publisher Pierre-Jules Hetzel led to the creation of the Voyages extraordinaires, a widely popular series of scrupulously researched adventure novels including Journey to the Center of the Earth (1864), Twenty Thousand Leagues Under the Sea (1870), and Around the World in Eighty Days (1873).

Verne is generally considered a major literary author in France and most of Europe, where he has had a wide influence on the literary avant-garde and on surrealism. His reputation is markedly different in Anglophone regions, where he has often been labeled a writer of genre fiction or children's books, largely because of the highly abridged and altered translations in which his novels have often been printed.

Verne has been the second most-translated author in the world since 1979, ranking between Agatha Christie and William Shakespeare. He has sometimes been called the "Father of Science Fiction", a title that has also been given to H. G. Wells, Mary Shelley, and Hugo Gernsback.

Near Fine with a square and tight binding. A wonderful clean copy free of any markings, writings, or stamps, with the exception of the previous owner's name printed neatly at the top of the FFEP (First free end paper). Quite possible an unread book. No bookplates attached or indication of any removed. A great original example from 1873 that has had excellent care and well preserved. The graphics on the covers and spine are clear and not faded. Original first edition without any restoration. Sharp corners that are not bumped.