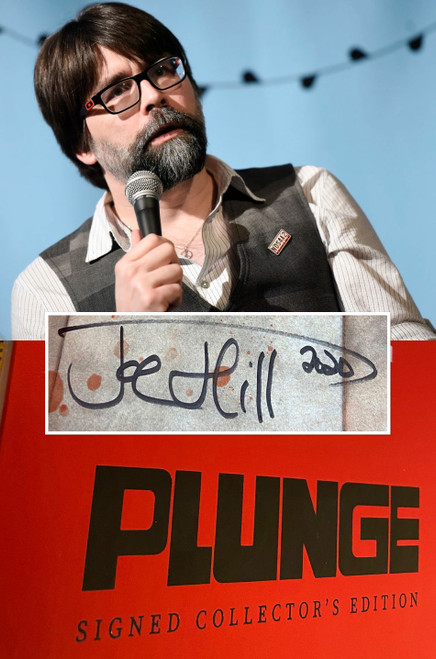 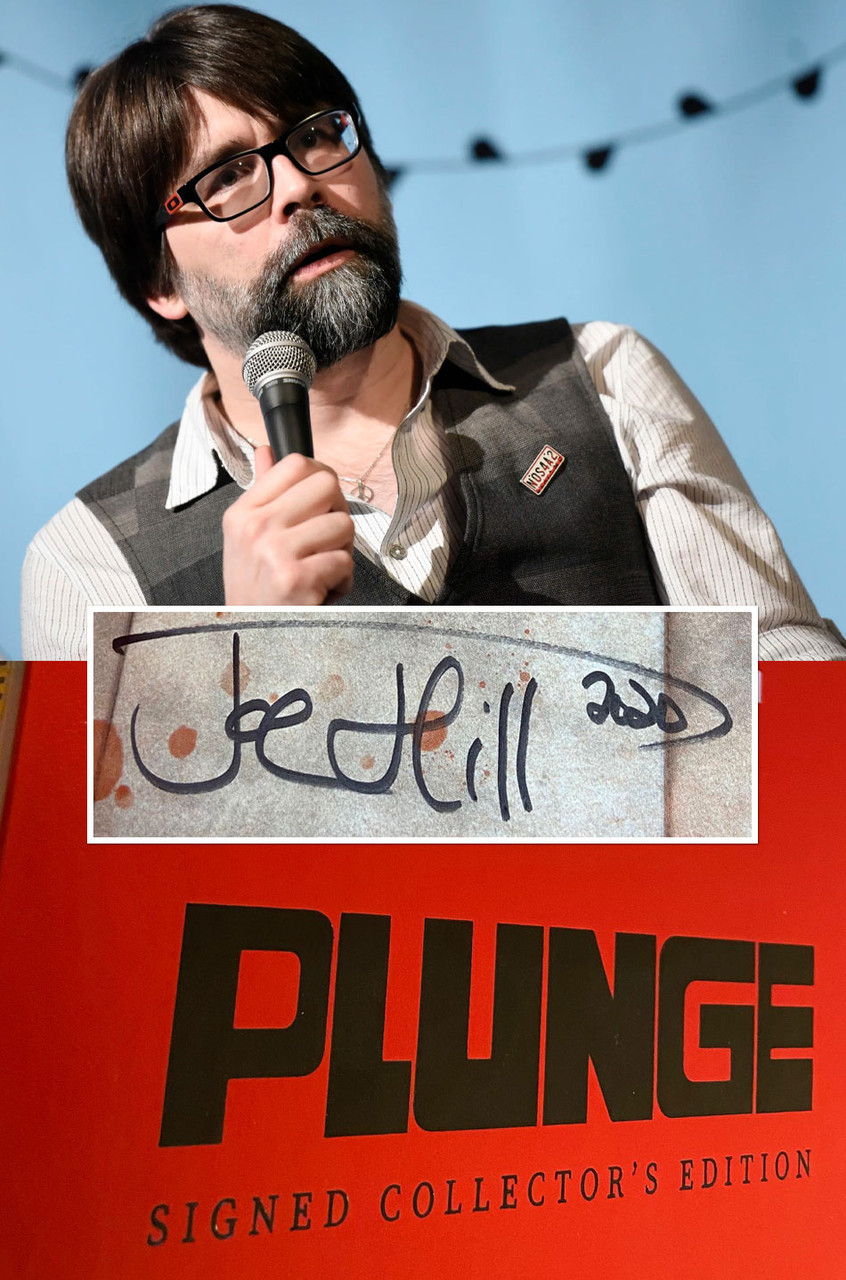 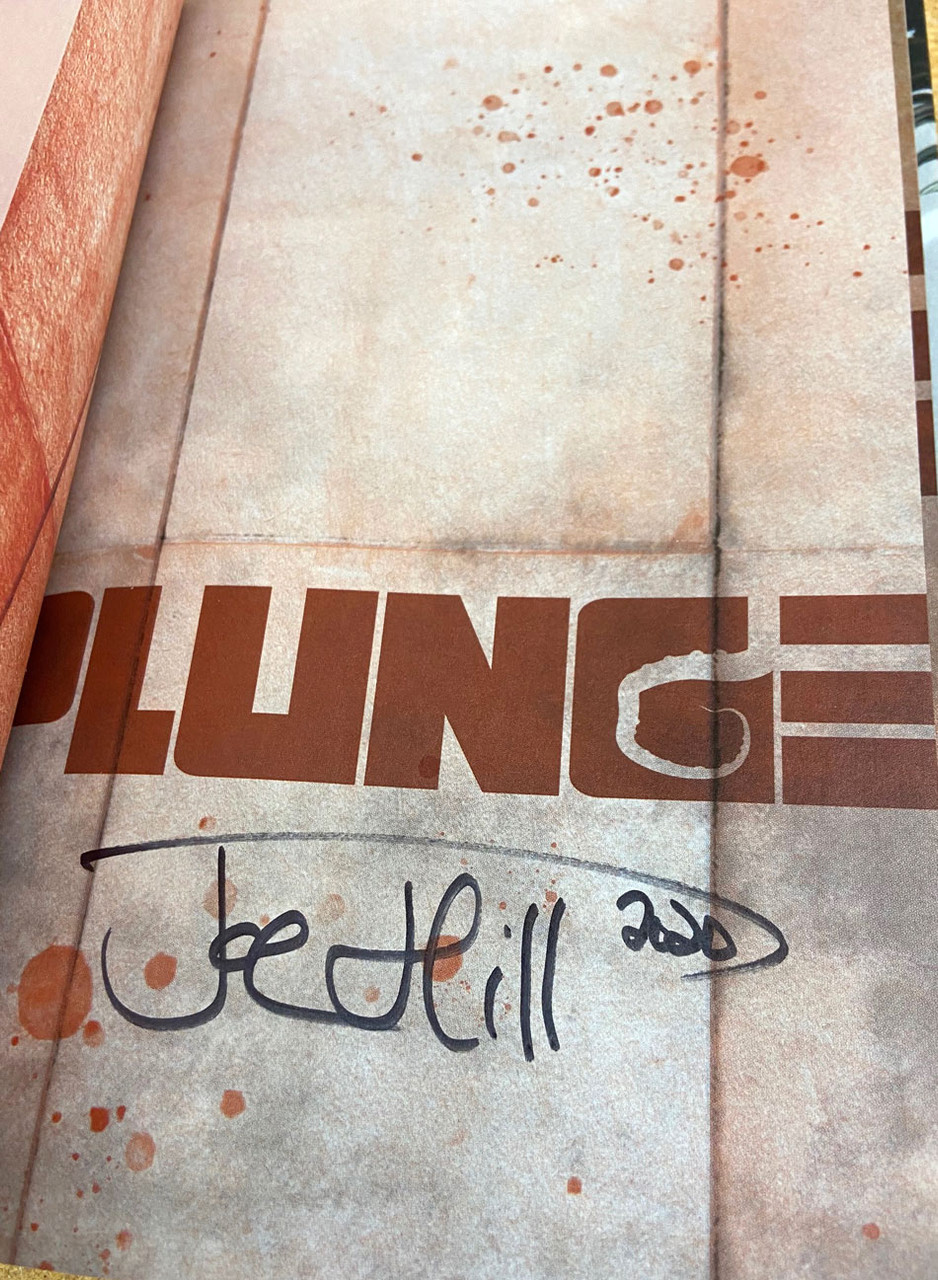 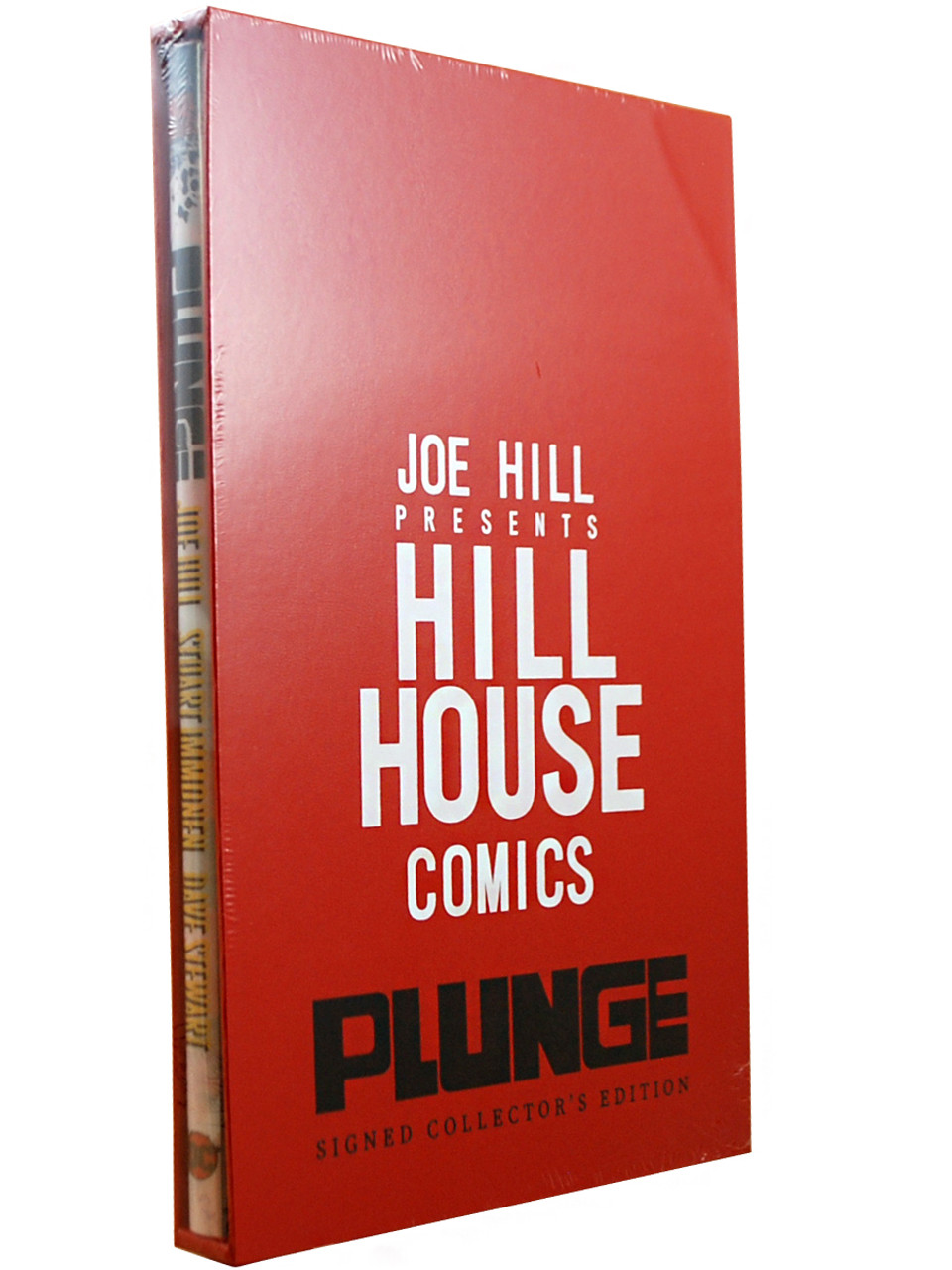 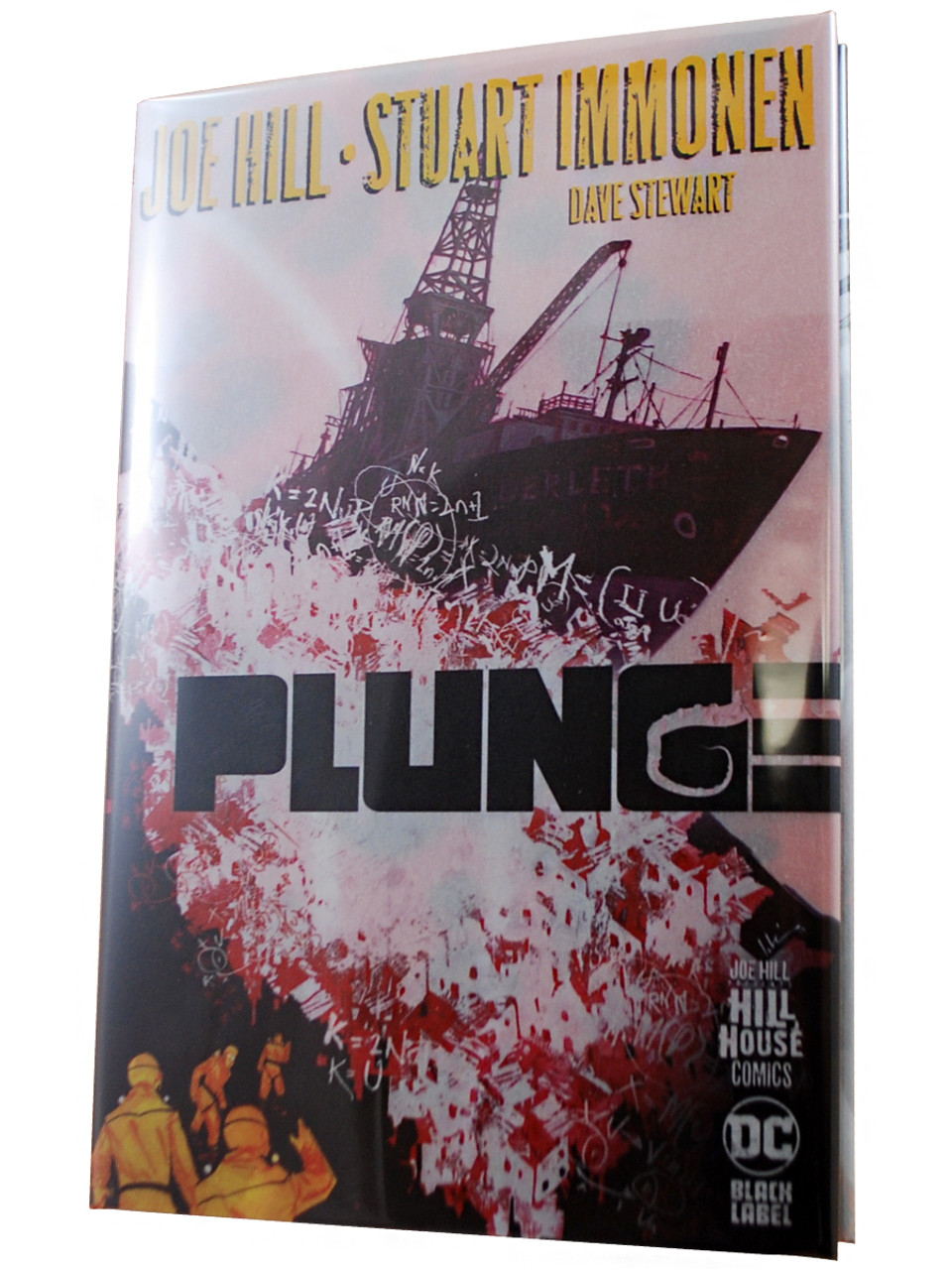 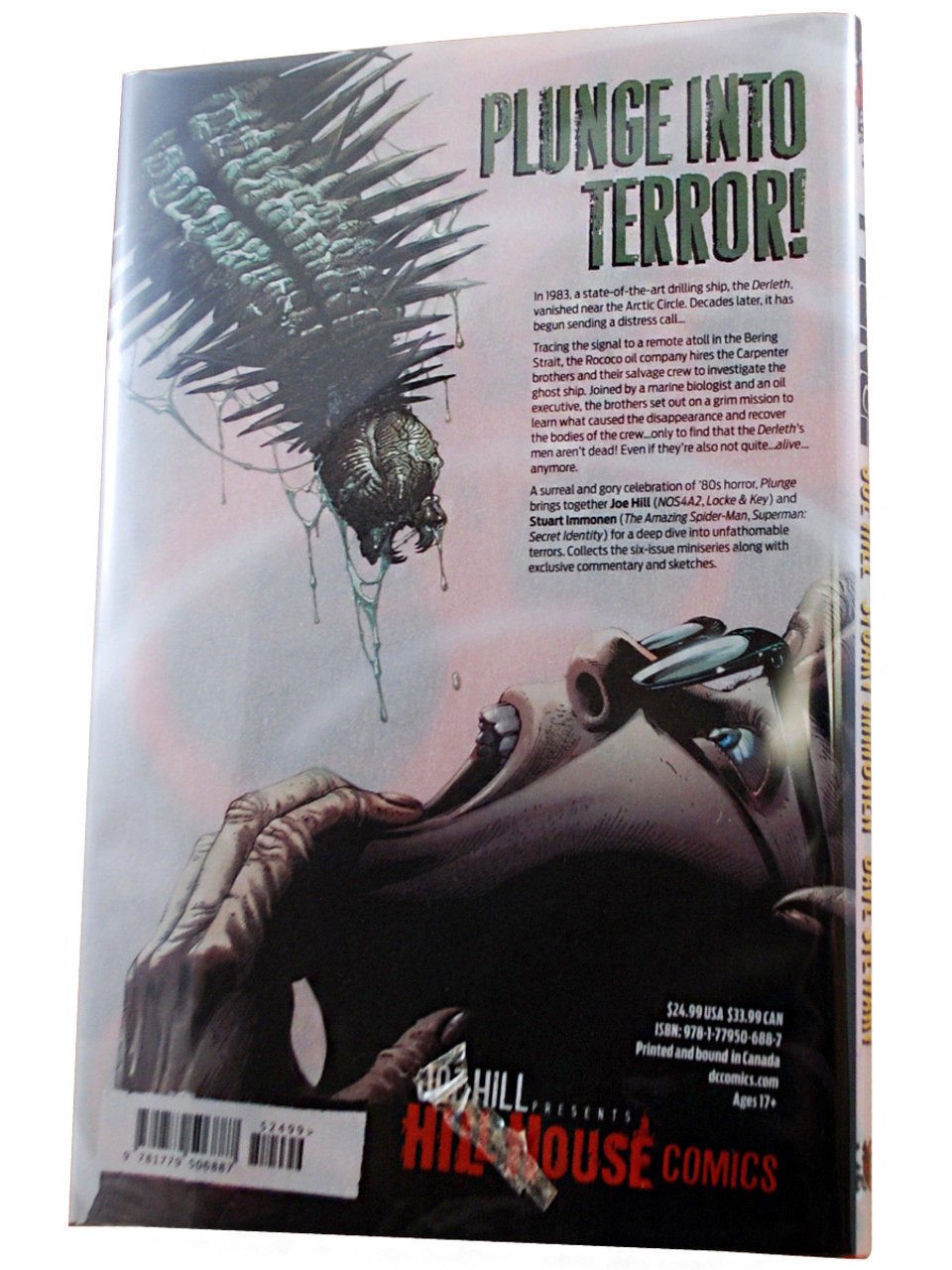 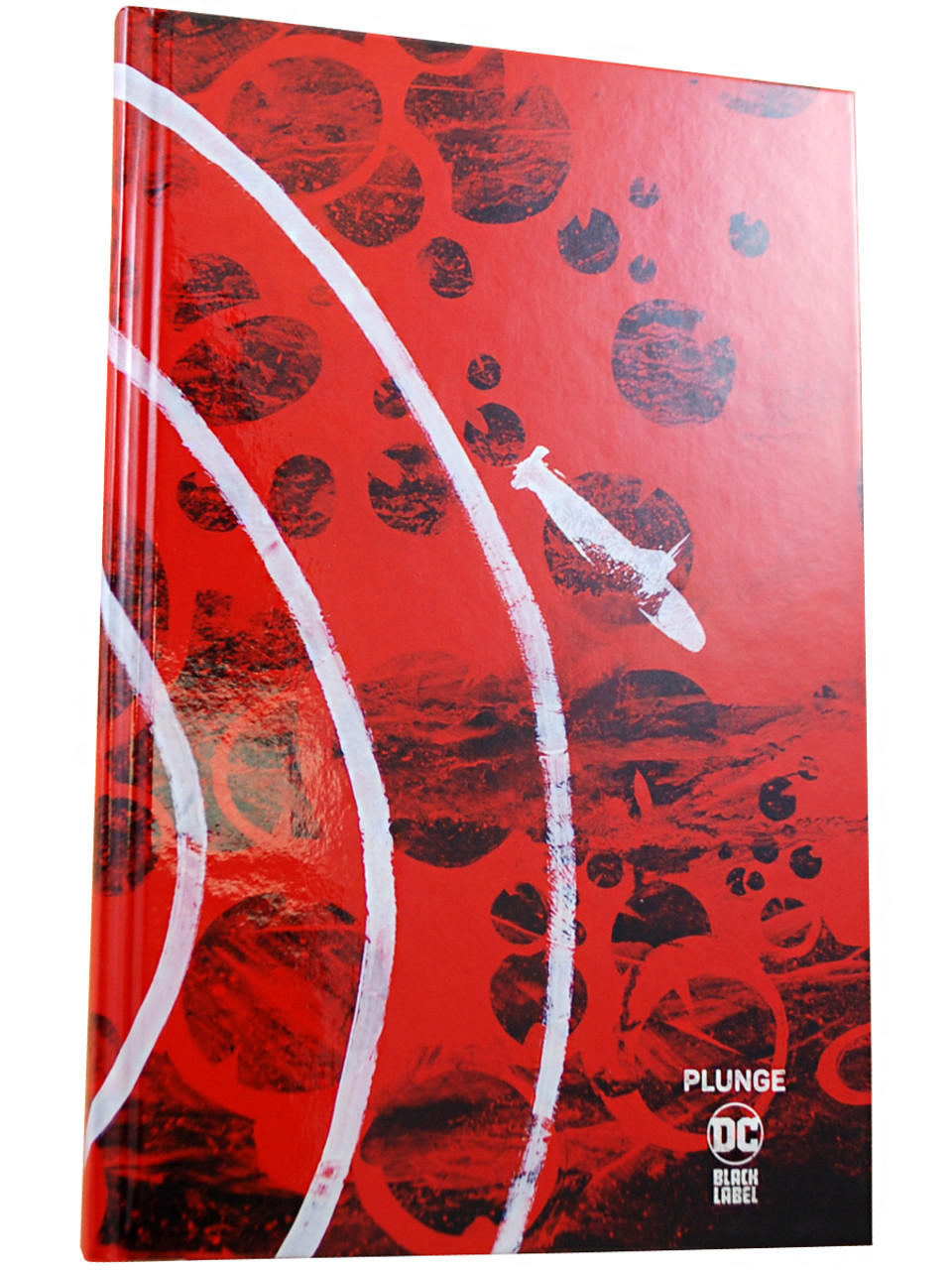 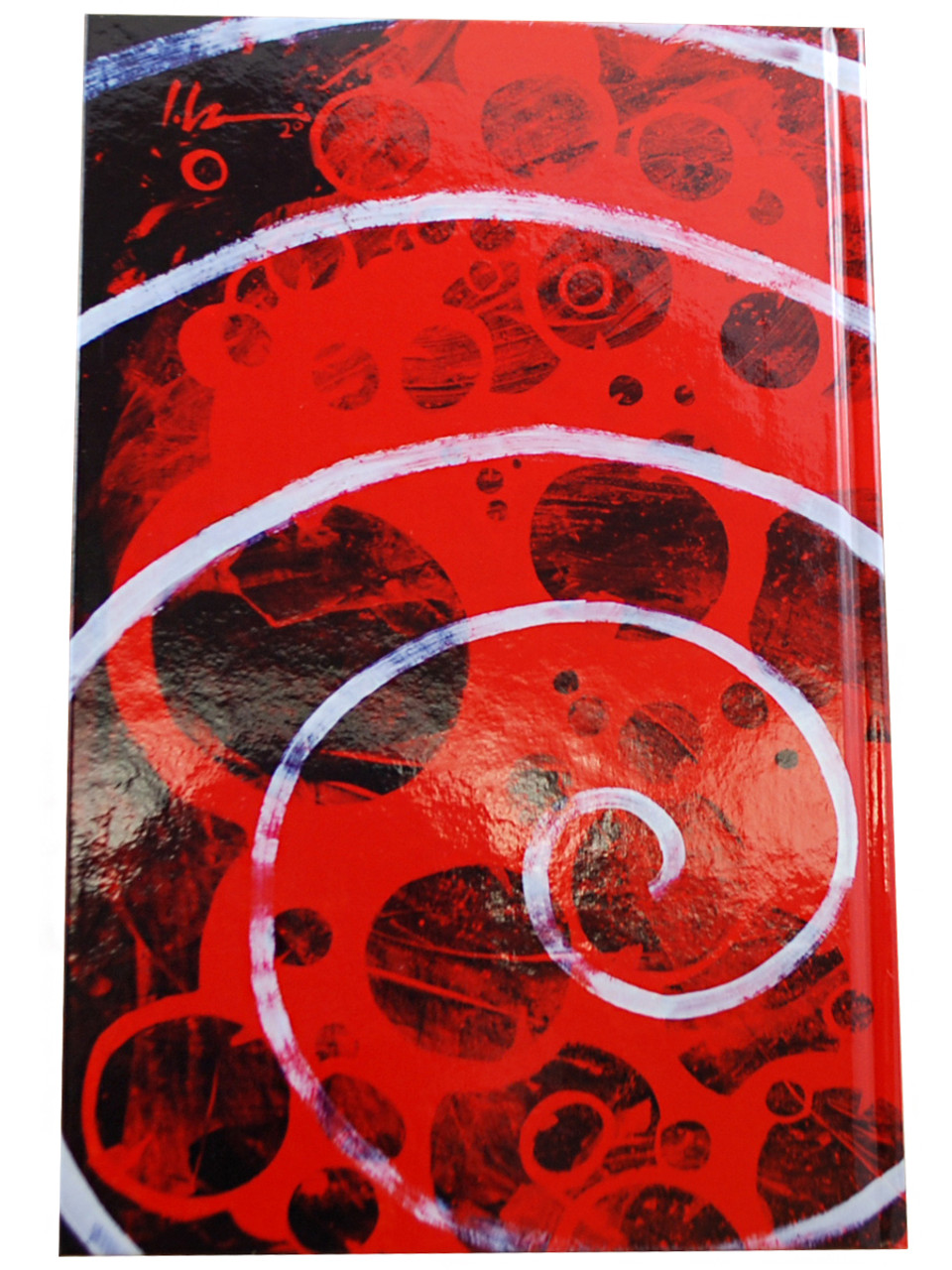 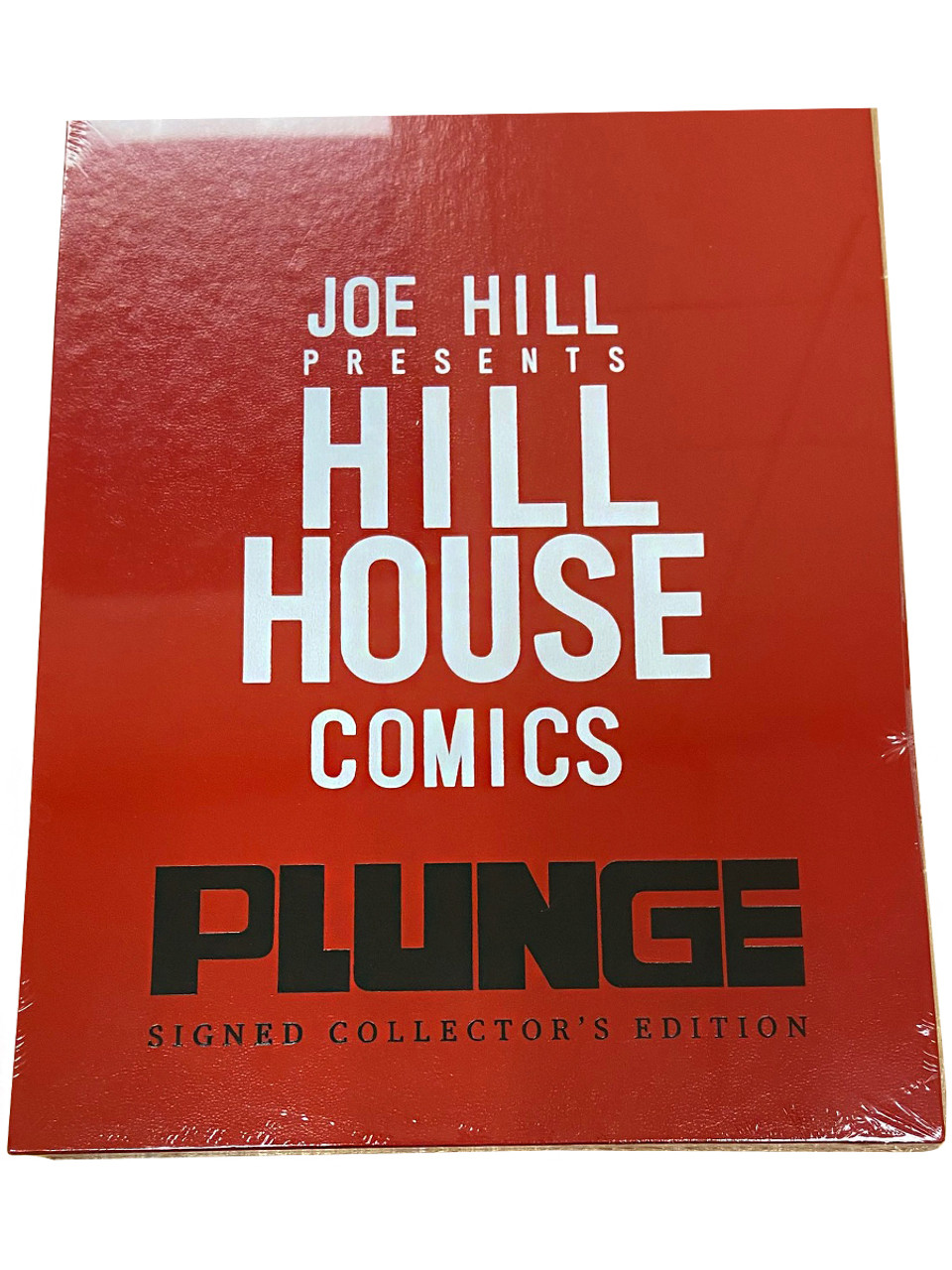 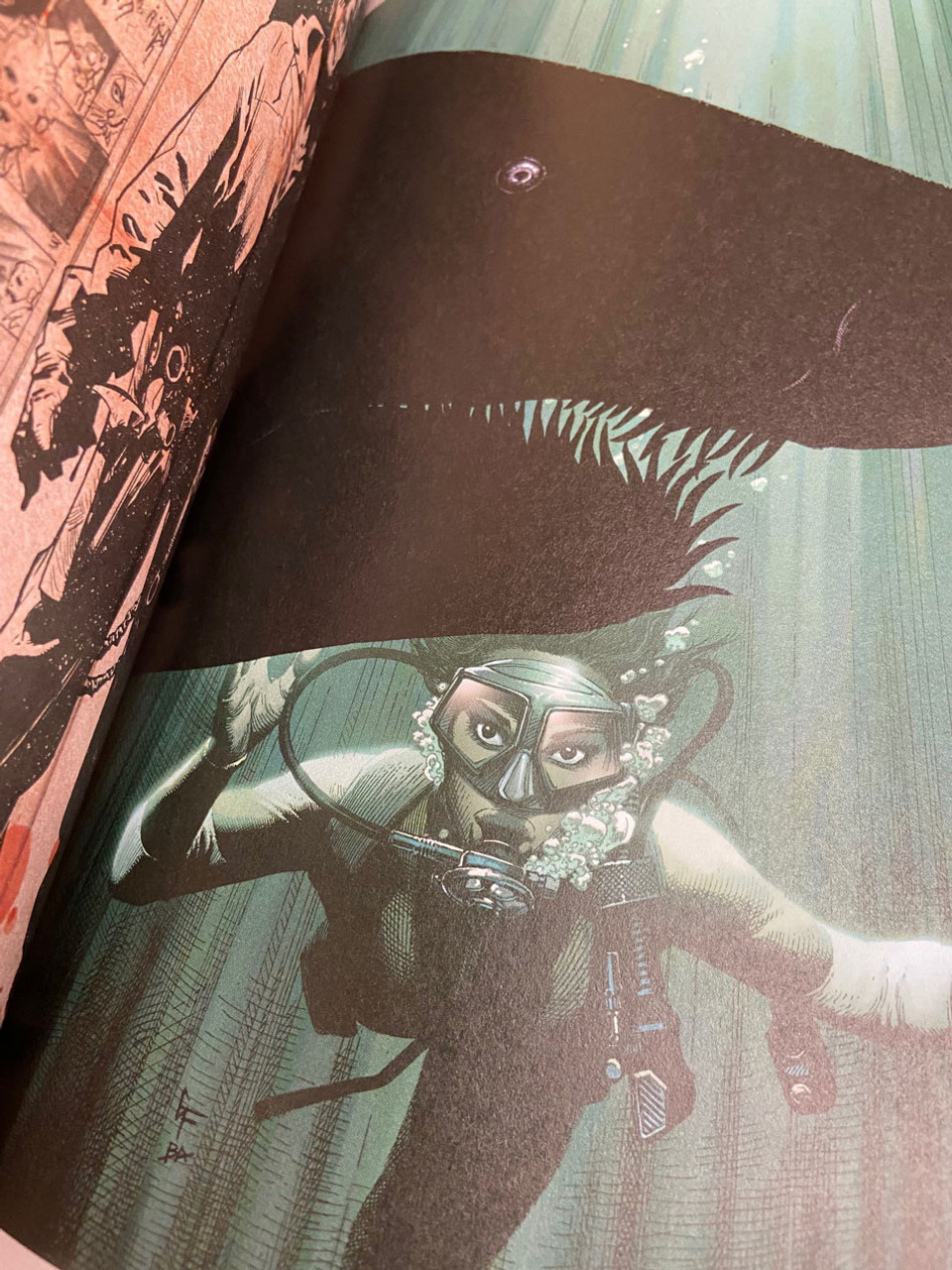 Personally signed by Joe Hill directly onto the title page

LIMITED TO ONLY 60 SLIPCASED SIGNED COPIES WITH HAND-NUMBERED COA

DC Comics 11/17/20. Hill House Comics.  Joe Hill "Plunge". Personally signed by the author Joe Hill directly onto the title page. This is a special slipcased edition of only 60 produced with a hand-numbered COA. As new, sealed without any visible flaws. This graphic novel has been illustrated by Stuart Immonen. 168 pages. 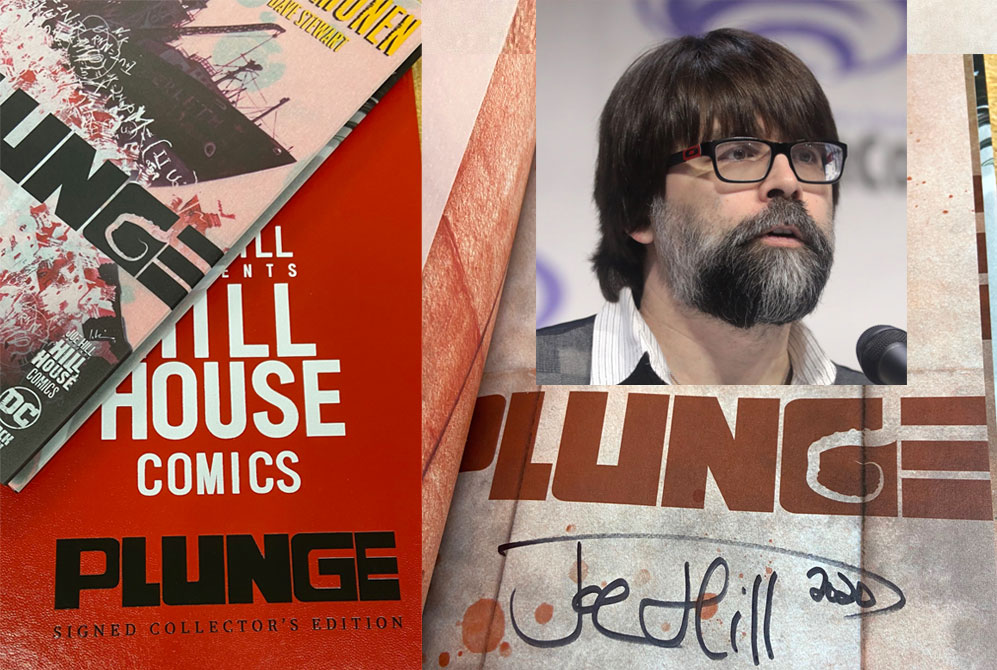 In the aftermath of a devastating tsunami, an exploration vessel known as the Derleth begins sending an automated distress signal from a remote atoll in the Bering Strait. The only problem is that the Derleth has been missing for 40 years. Marine biologist Moriah Lamb joins the Carpenter Wreck Removal team to recover the Derleth’s dead...only to find that in this remote part of the Arctic Circle, the dead have plenty to say to the living…

There’s something down in the icy darkness of the Arctic sea...something that doesn’t want to be found. Unlike on land, where terror shows itself as the long-lost crew of the Derleth emerges from caves. They seem as though they haven’t aged a day-it’s as if they’re exactly the same as the day they disappeared...except they’re all missing their eyes. Will the salvage crew survive to bring their findings to shore? What danger waits for them if they fail? What dangers await us all should they succeed?

TURN A NEW PAGE IN FEAR

Joe Hill—the mastermind behind NOS4A2 and Locke & Key—has arrived at DC, curating his own line of cutting-edge horror comics! 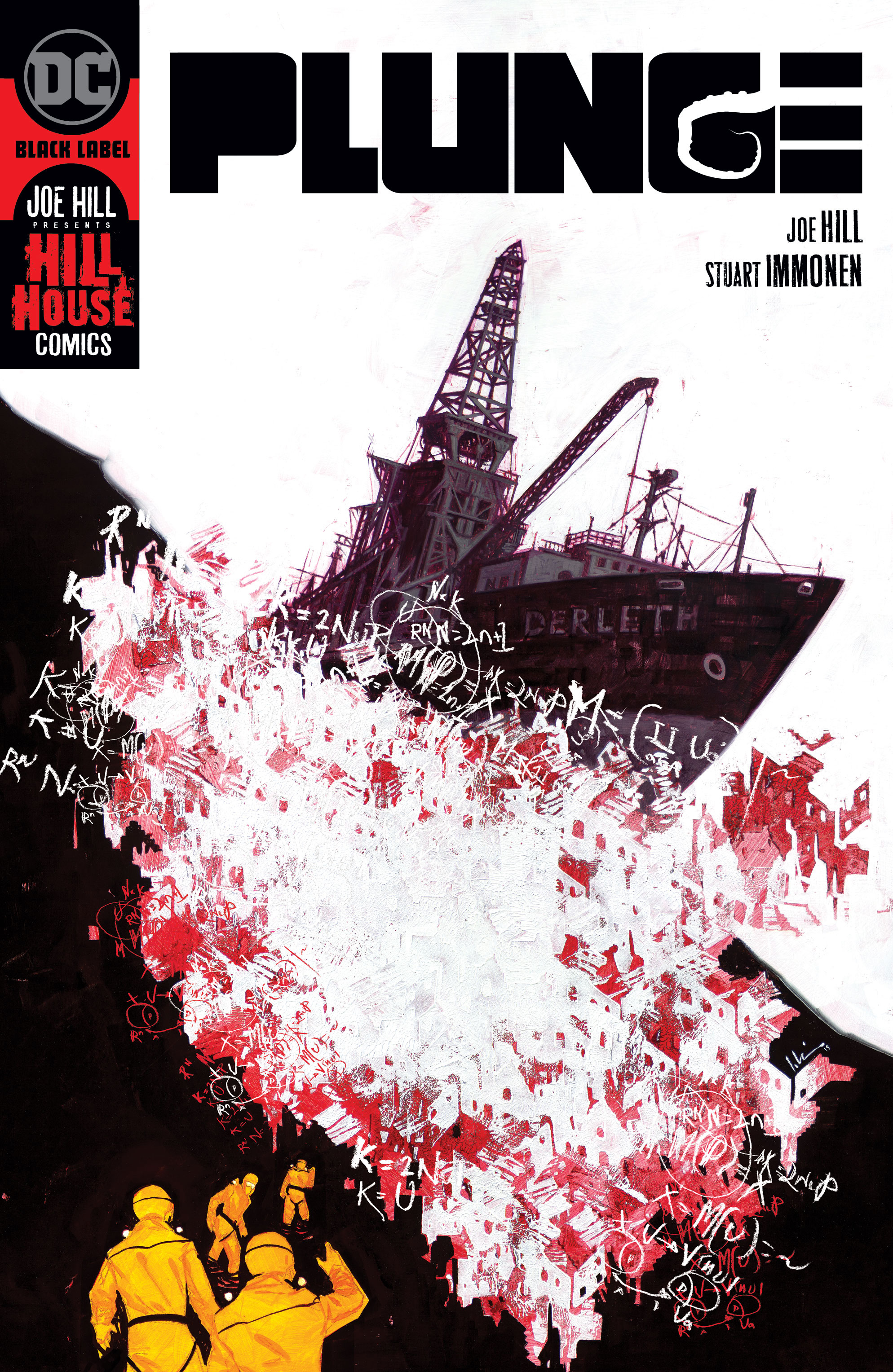 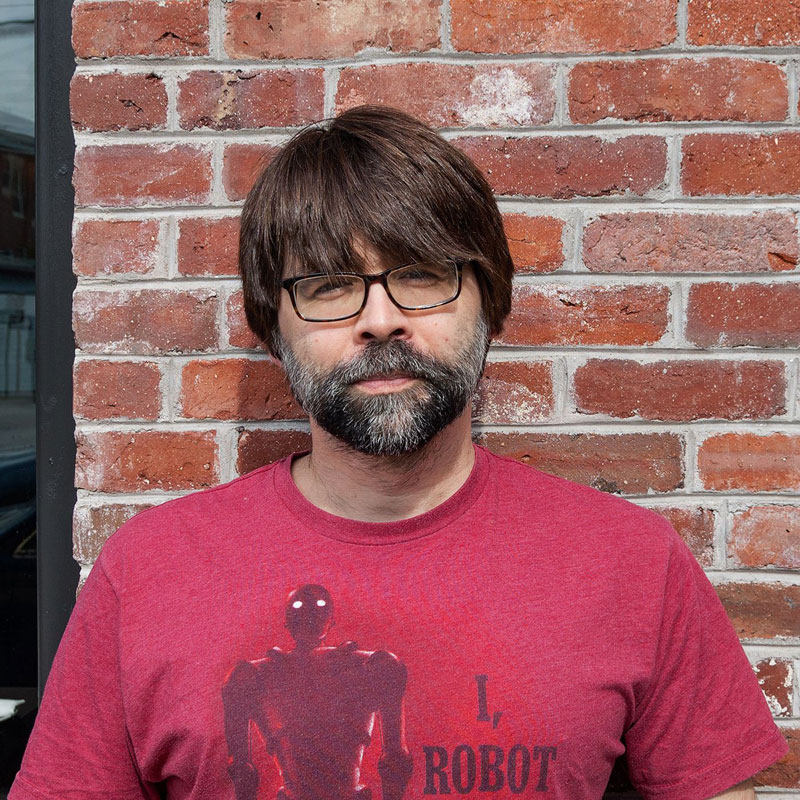 King is the son of authors Stephen and Tabitha King and the brother of Owen King. 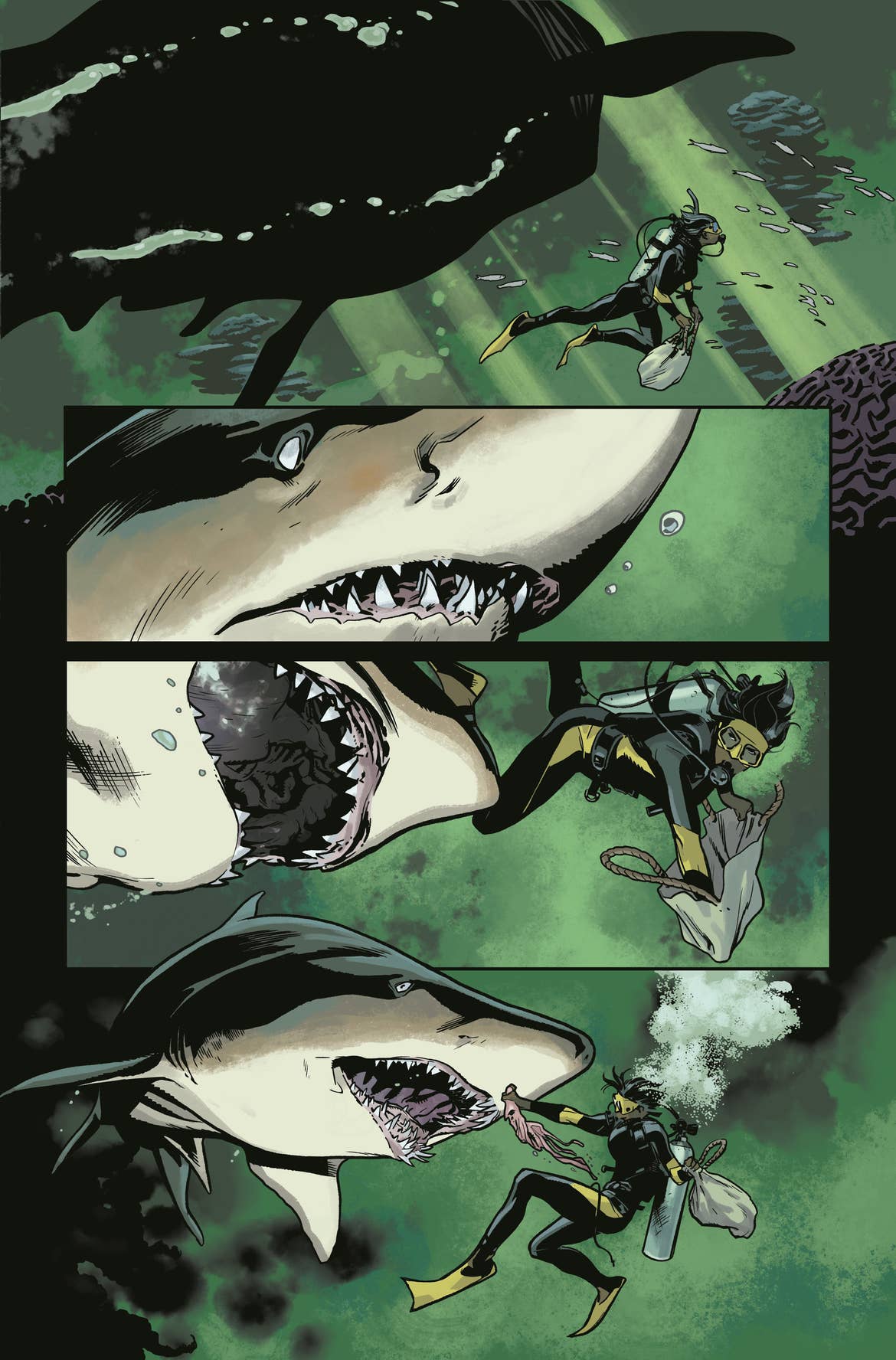 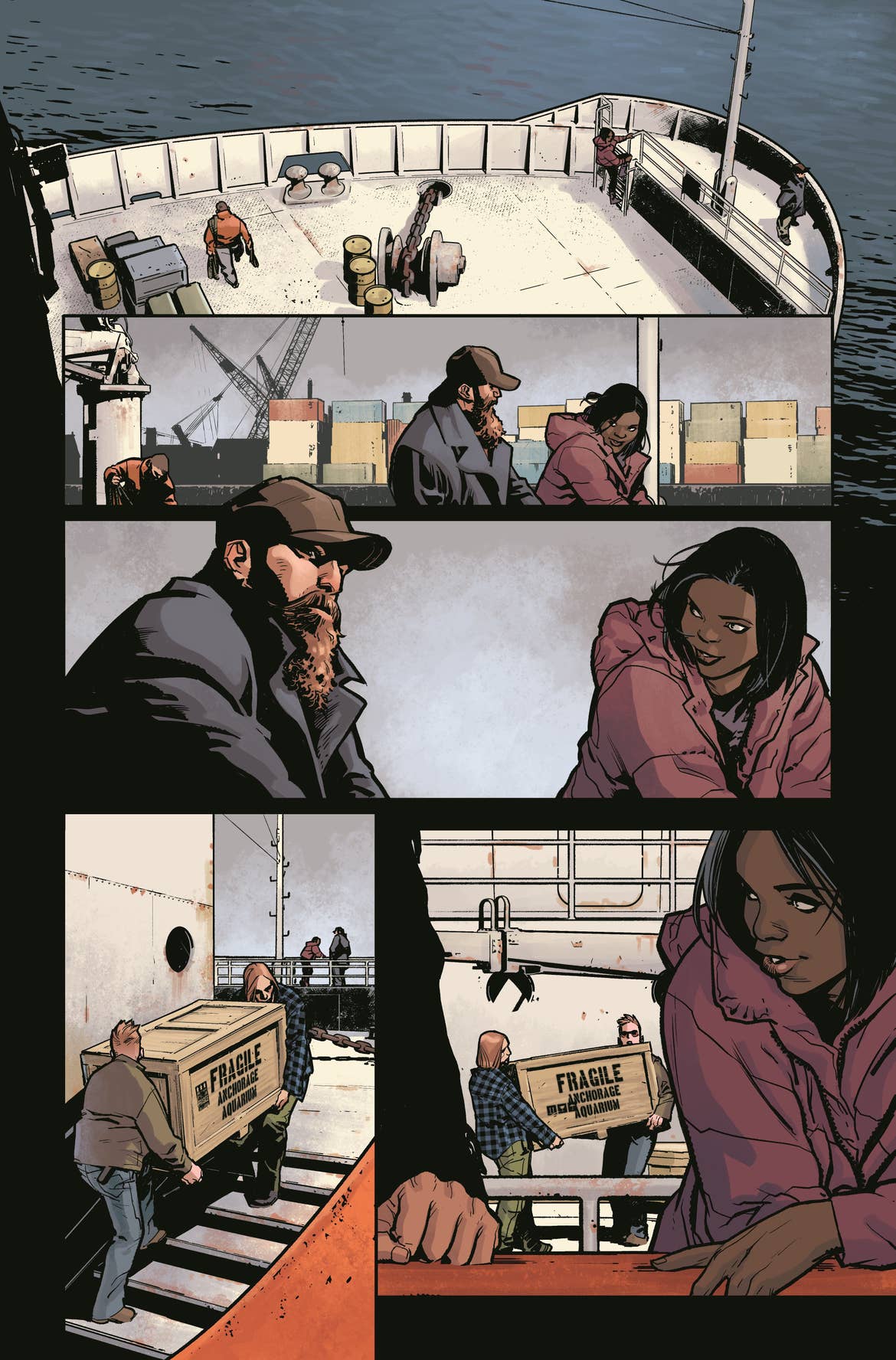 In Plunge, Hill House Comics mastermind Joe Hill teams with celebrated artist Stuart Immonen to tell the terrifying tale of the Derleth, whose crew miraculously returns after 40 years lost at sea—transformed by a mysterious infection, capable of stunning feats of mathematics, and stripped of nearly all their humanity. We talked with Hill for more on the fifth (and for now, final) miniseries from Hill House Comics.

What does it mean to have Stuart Immonen on board Plunge?

It’s sort of hilarious, actually. I remember showing the pitch to Mark Doyle, my partner in grime at Hill House, and when he asked me what I wanted for art, replying, “I’d love if we could get someone who can draw a bit like Stuart Immonen. I’ve been imagining his style almost from the beginning.”

And Mark replied, “Oh, uh, there’s at least a chance I can get someone who draws a bit like Stuart Immonen...”

Stuart’s ability to bring out the subtleties of character—in body language, in expression, in the tilt of the head—is second to none. His people feel real and relatable. In horror, identifying with the characters and coming to care about them is everything. Otherwise the scares just don’t scare. One of the strengths of Hill House Comics as a whole is how each book brings a different flavor of horror.

How do you characterize the horror of Plunge?

We’re going for something that has the feel of a certain kind of ‘80s sci-fi/horror: think of The Thing or Aliens. You’ve got a team of tough, affable, resilient professionals who are used to dealing with trouble...but who find themselves backed into a corner by something far beyond their experience, a chilling and otherworldly adversary. We want to build up that sense of claustrophobic danger and overwhelming menace, but we also want the reader to laugh with, root for, and care about the Carpenter brothers and Moriah Lamb.

How did the concept behind Plunge come together? Is it an idea that’s been percolating for a while?

I was thinking about the sunken island of R’lyeh in the Lovecraft stories, and wondering what would happen if an oil crew sank a well there and started pumping up crude. The oil they’d be bringing up would actually be the ancient blood of elder gods.

And that is, actually, sort of the plot, although I’m skipping Lovecraft for my own, somewhat different mythos.

At the center of Plunge is the crew of the Derleth returning after 40 years—and coming back dramatically changed. What can you share about the state the crew is in upon arrival, and how it drives the mystery of the series?

When we meet the crew of the Derleth, gone for four decades, they haven’t aged a day. They’ve suffered from some terrible infection...their eyes are gone. But although blinded, all of them seem capable of incredible intellectual feats, and they share a kind of simple, glassy calm. They know things they can’t know and can do things they shouldn’t be able to do. Something is obviously terribly wrong with them, but sensing that isn’t quite the same as proving it intellectually.

Plunge is the only Hill House Comics book set in the present. In what way does the series play on modern-day fears? It’s also set in a very remote part of Alaska—how did you land on this location for the series? And how does that add to the horror?

It plays with the terror of infection, which is a timeless fear. It also explores our fear of the icy ocean depths, our sense of helplessness in the deep dark of the water, our awareness that there are things out there with teeth, and they could lunge out of the shadows at any moment.

The icy fathoms of the Arctic remain one of the least well-known places on Earth, and as Lovecraft noted, our fear of the unknown is the greatest fear of all. 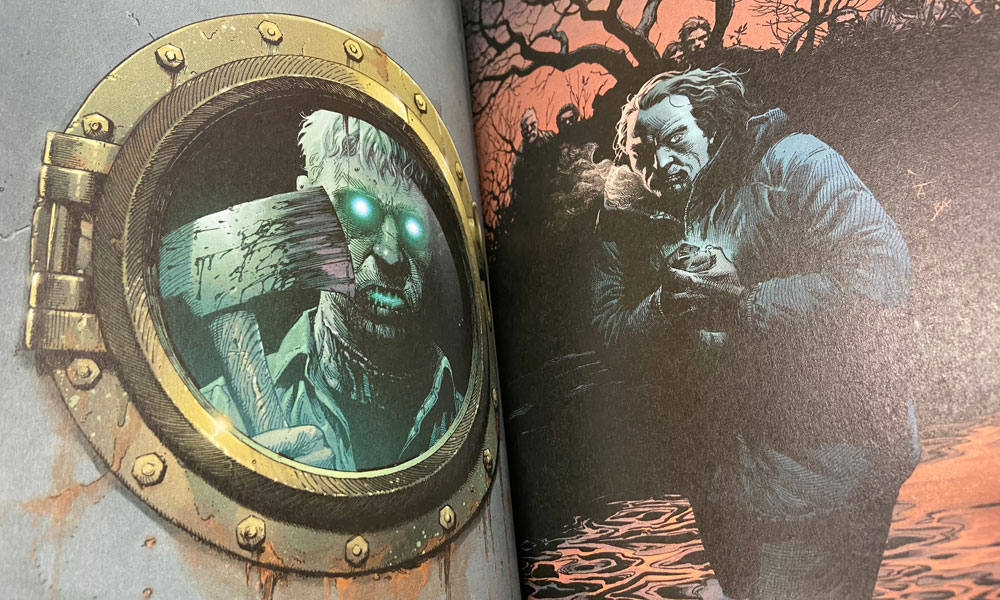 VERY FINE GUARANTEED. Sealed. The condition is of the highest quality without any discernible flaws. A wonderful bright clean copy free of any markings, writings, or stamps. Tight spine. Unread.