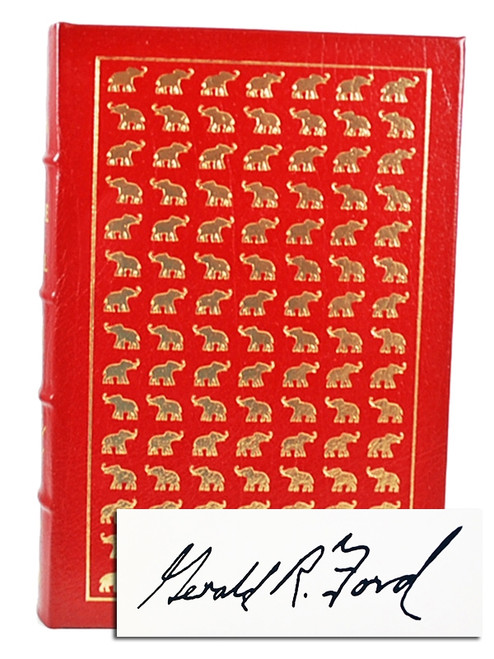 A wonderful signed limited heirloom edition to showcase in your presidential library. 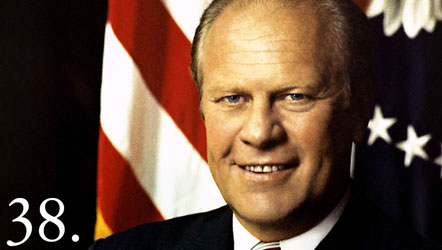 Gerald Rudolph Ford Jr. (born Leslie Lynch King Jr.; July 14, 1913 – December 26, 2006) was an American politician who served as the 38th President of the United States from 1974 to 1977. Prior to this he was the 40th Vice President of the United States, serving from 1973 until President Richard Nixon's resignation in 1974. He was the first person appointed to the vice presidency under the terms of the 25th Amendment, following the resignation of Vice President Spiro Agnew on October 10, 1973. Becoming president upon Richard Nixon's departure on August 9, 1974, he claimed the distinction as the first and to date the only person to have served as both Vice President and President of the United States without being elected to either office. Before ascending to the vice presidency, Ford served 13 terms as Representative from Michigan's 5th congressional district, eight of them as the House Minority Leader.

As President, Ford signed the Helsinki Accords, marking a move toward détente in the Cold War. With the conquest of South Vietnam by North Vietnam nine months into his presidency, U.S. involvement in Vietnam essentially ended. Domestically, Ford presided over the worst economy in the four decades since the Great Depression, with growing inflation and a recession during his tenure.[2] One of his more controversial acts was to grant a presidential pardon to President Richard Nixon for his role in the Watergate scandal. During Ford's presidency, foreign policy was characterized in procedural terms by the increased role Congress began to play, and by the corresponding curb on the powers of the President.[3] In the GOP presidential primary campaign of 1976, Ford defeated former California Governor Ronald Reagan for the Republican nomination. He narrowly lost the presidential election to the Democratic challenger, former Georgia Governor Jimmy Carter, on November 2.

Following his years as President, Ford remained active in the Republican Party. After experiencing health problems, he died in his home on December 26, 2006. Ford lived longer than any other U.S. president, 93 years and 165 days, while his 895-day presidency remains the shortest term of all presidents who did not die in office.

Very Fine without any flaws. The condition is of the highest quality. No bumped corners and free of any marks, scratches, blemishes to the gilded page edges. Photos of actual volume.

Personally signed by president Bill Clinton on a special title page. "A unique book by a unique American." A wonderful book to showcase in your presidential library and to enjoy for many years. A...