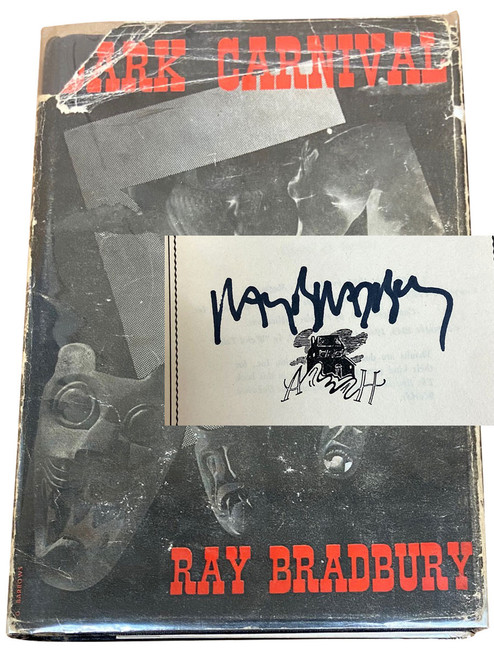 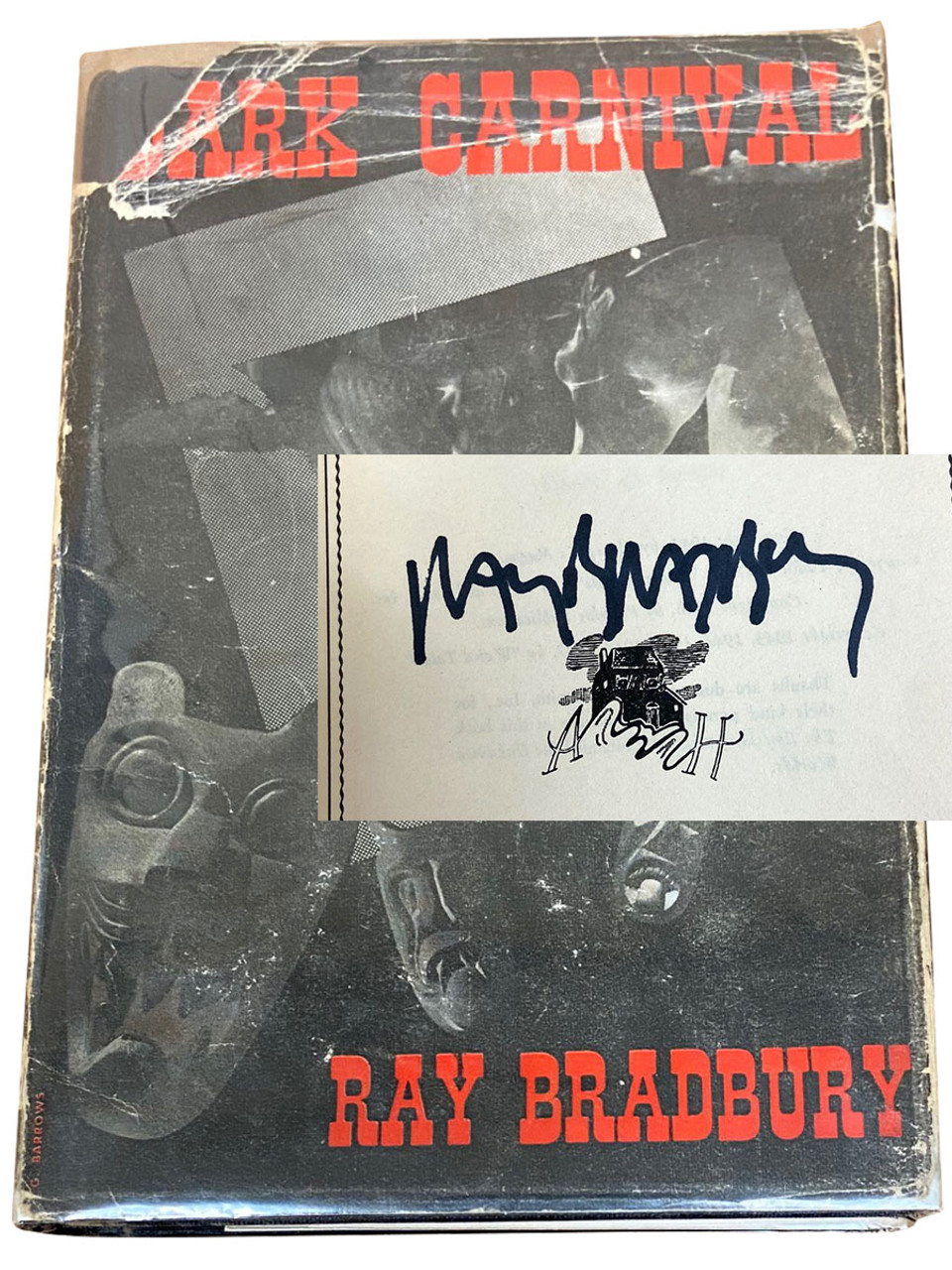 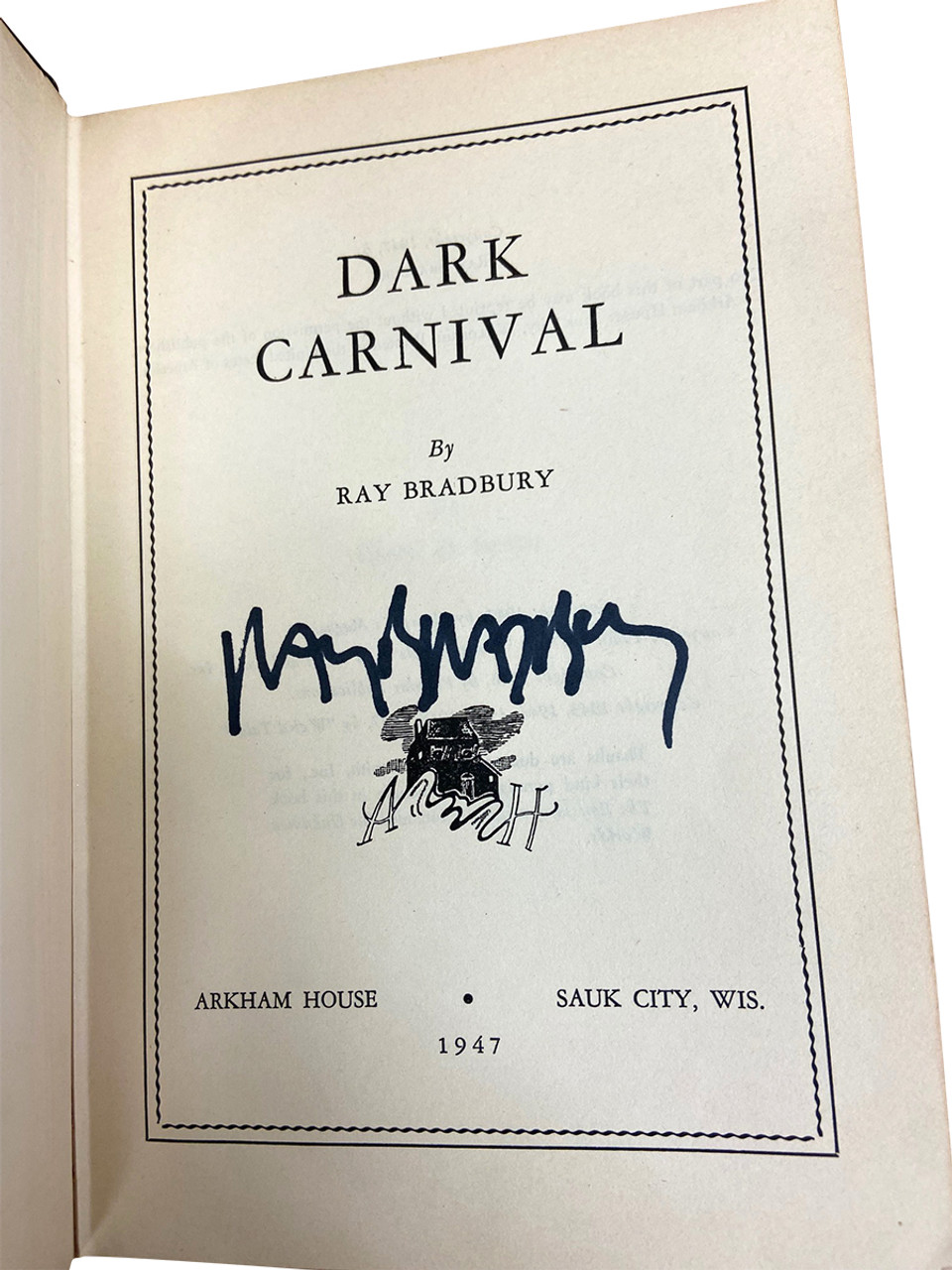 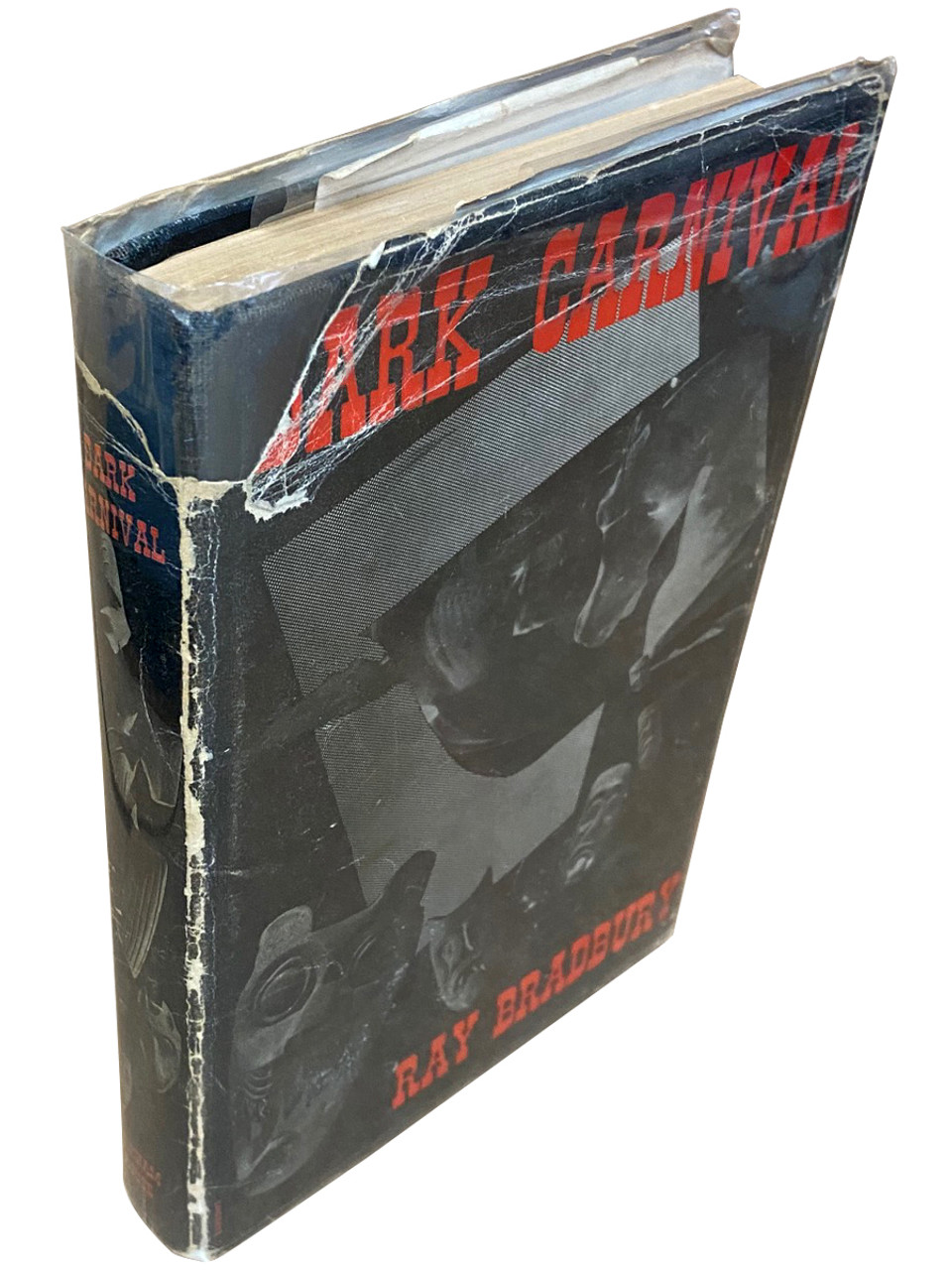 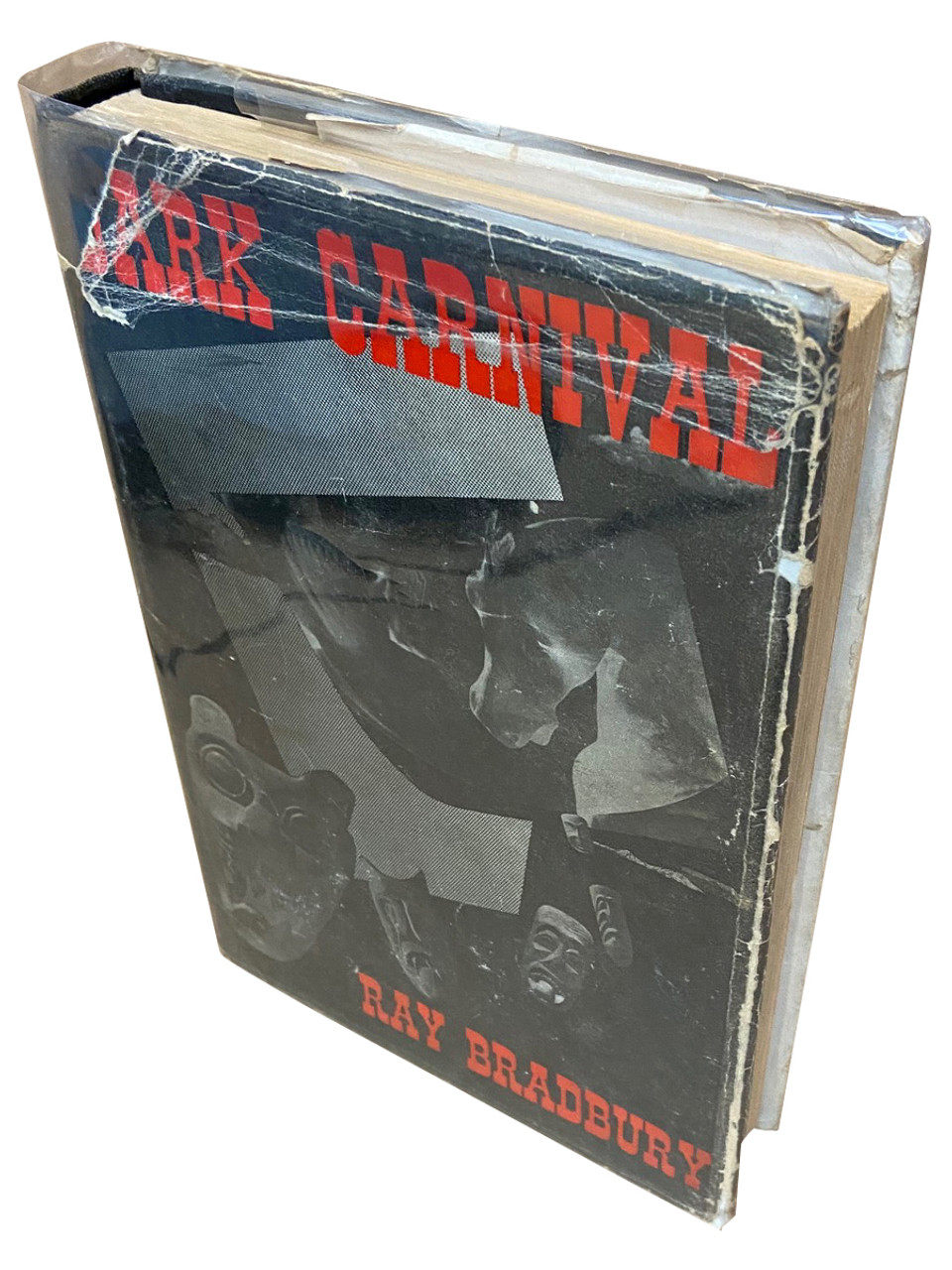 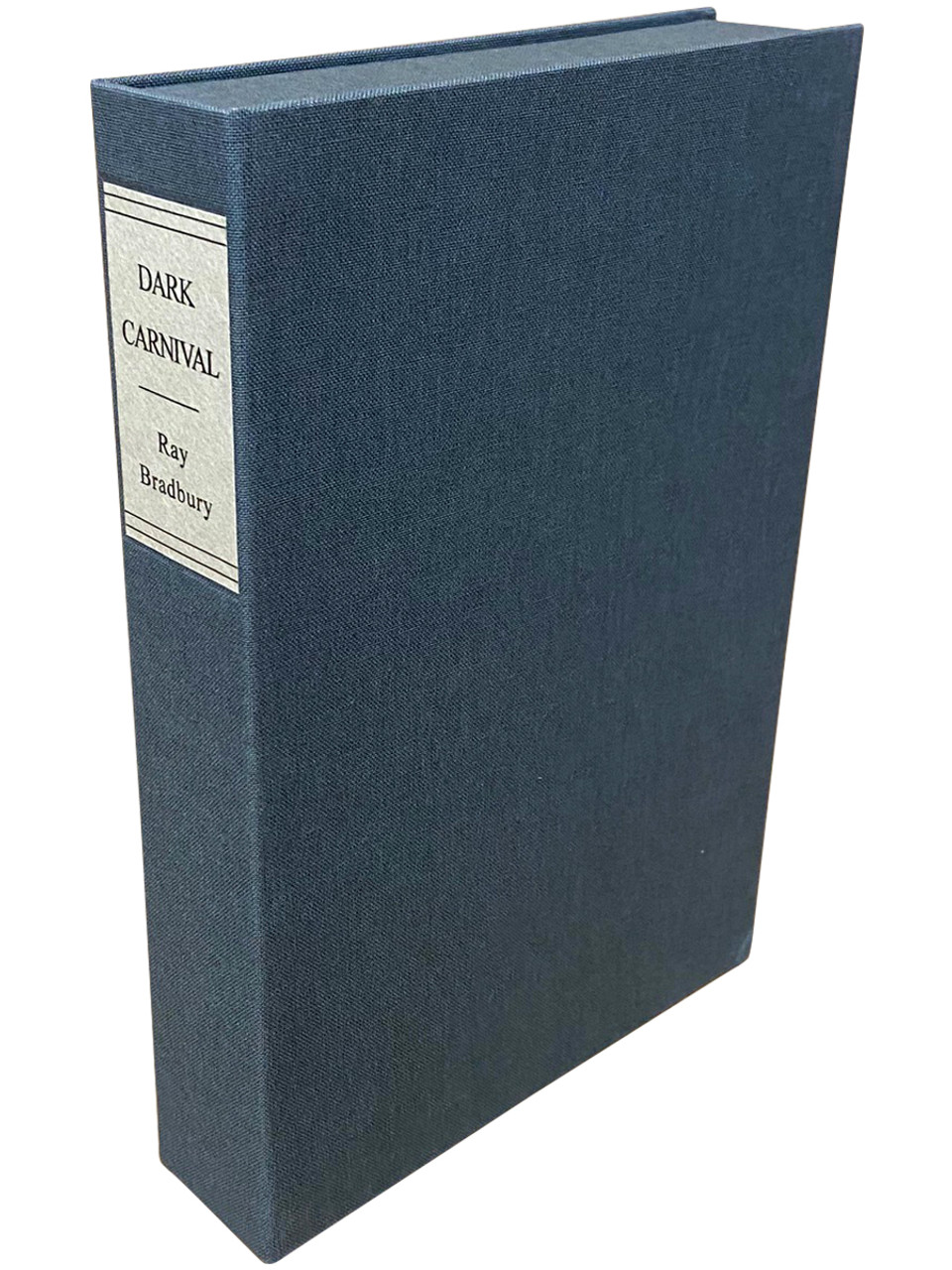 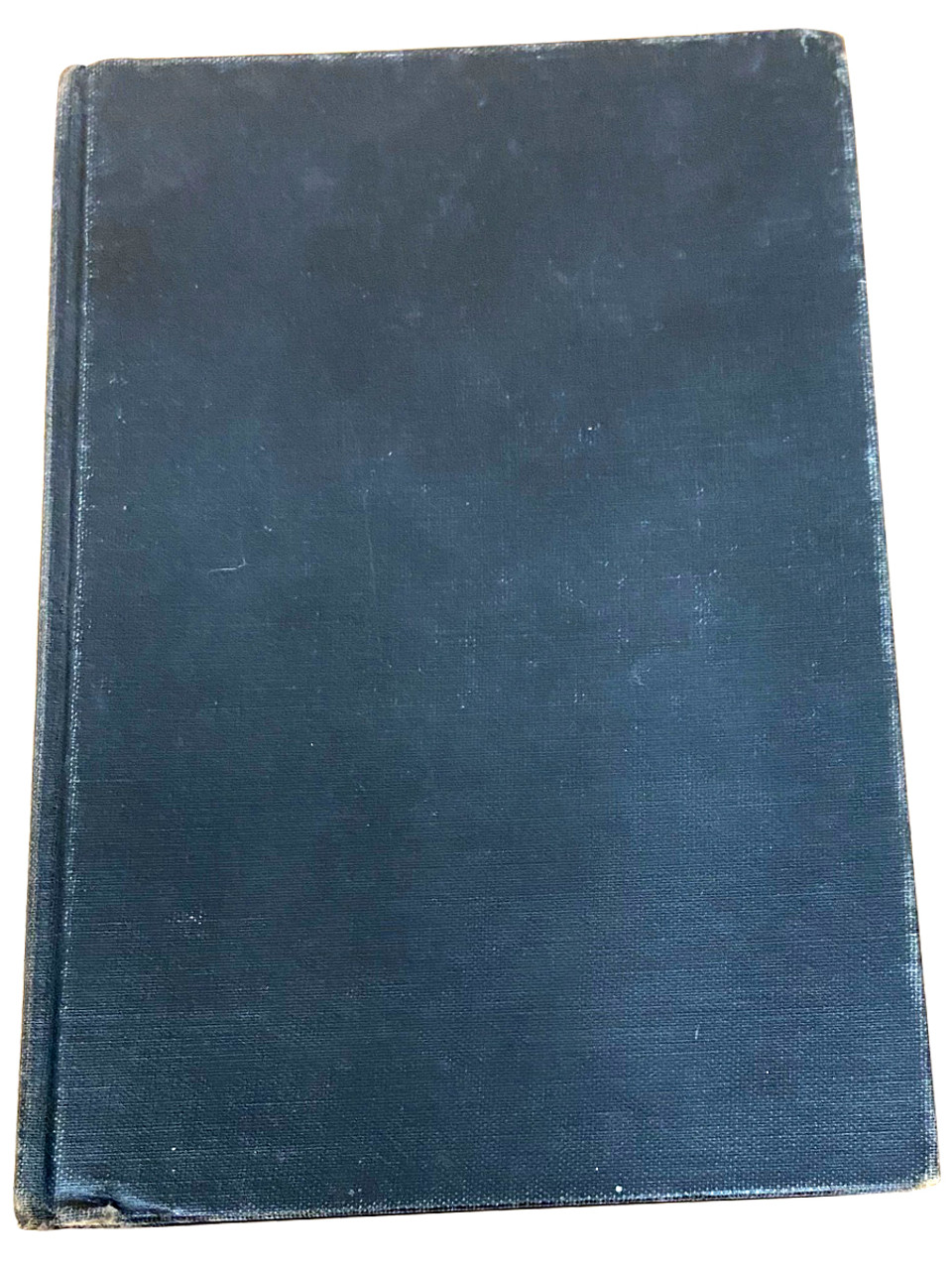 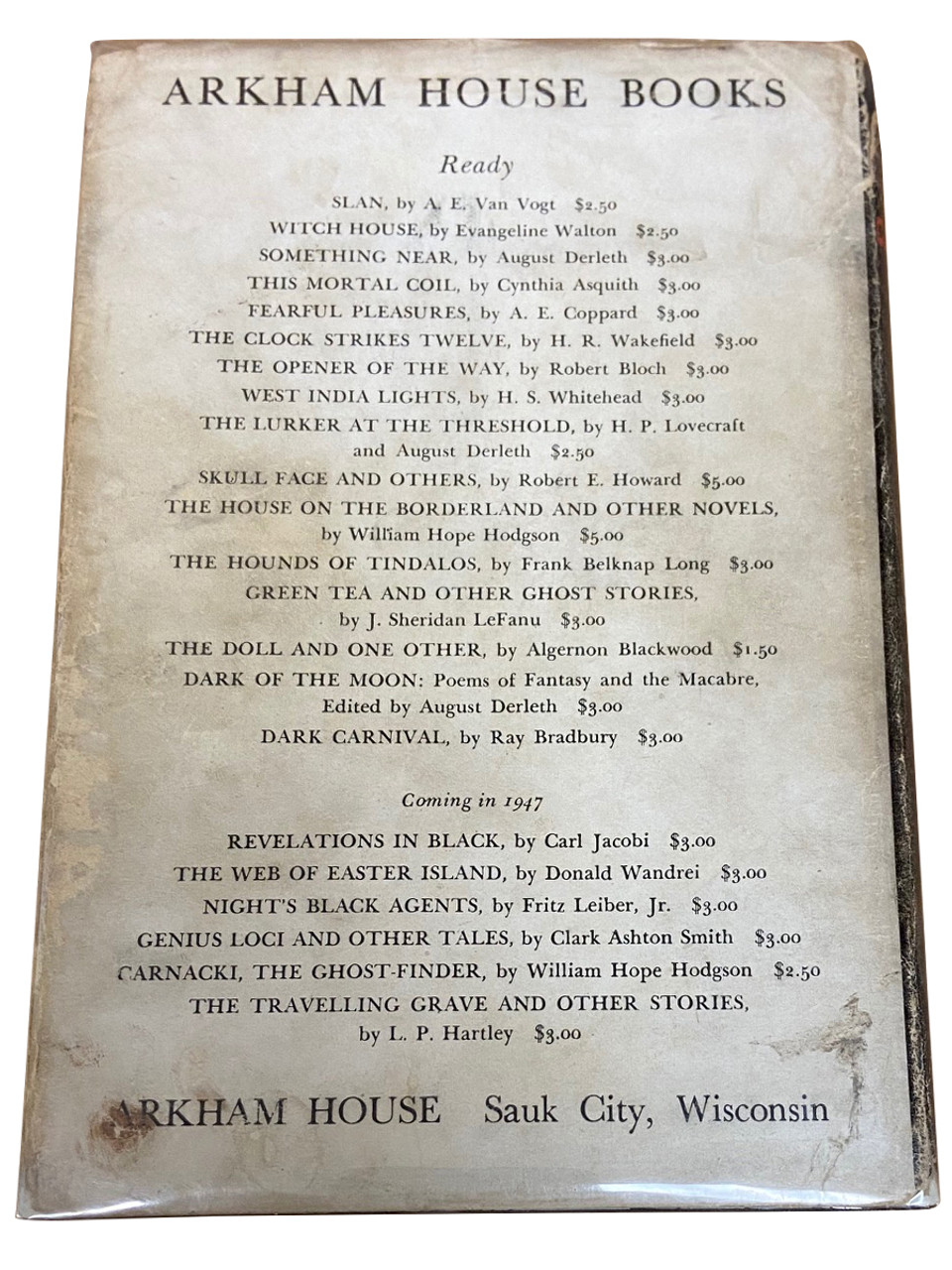 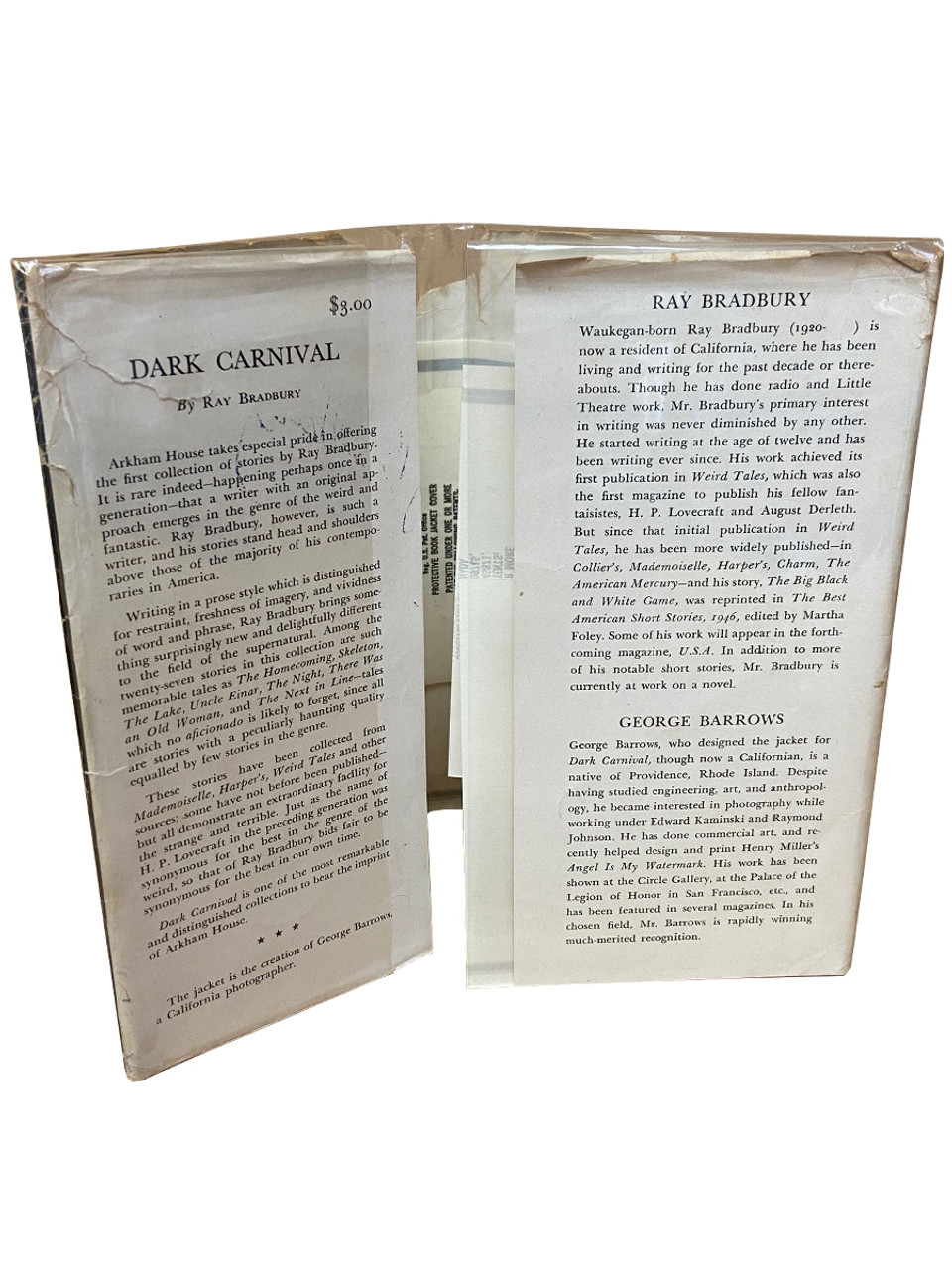 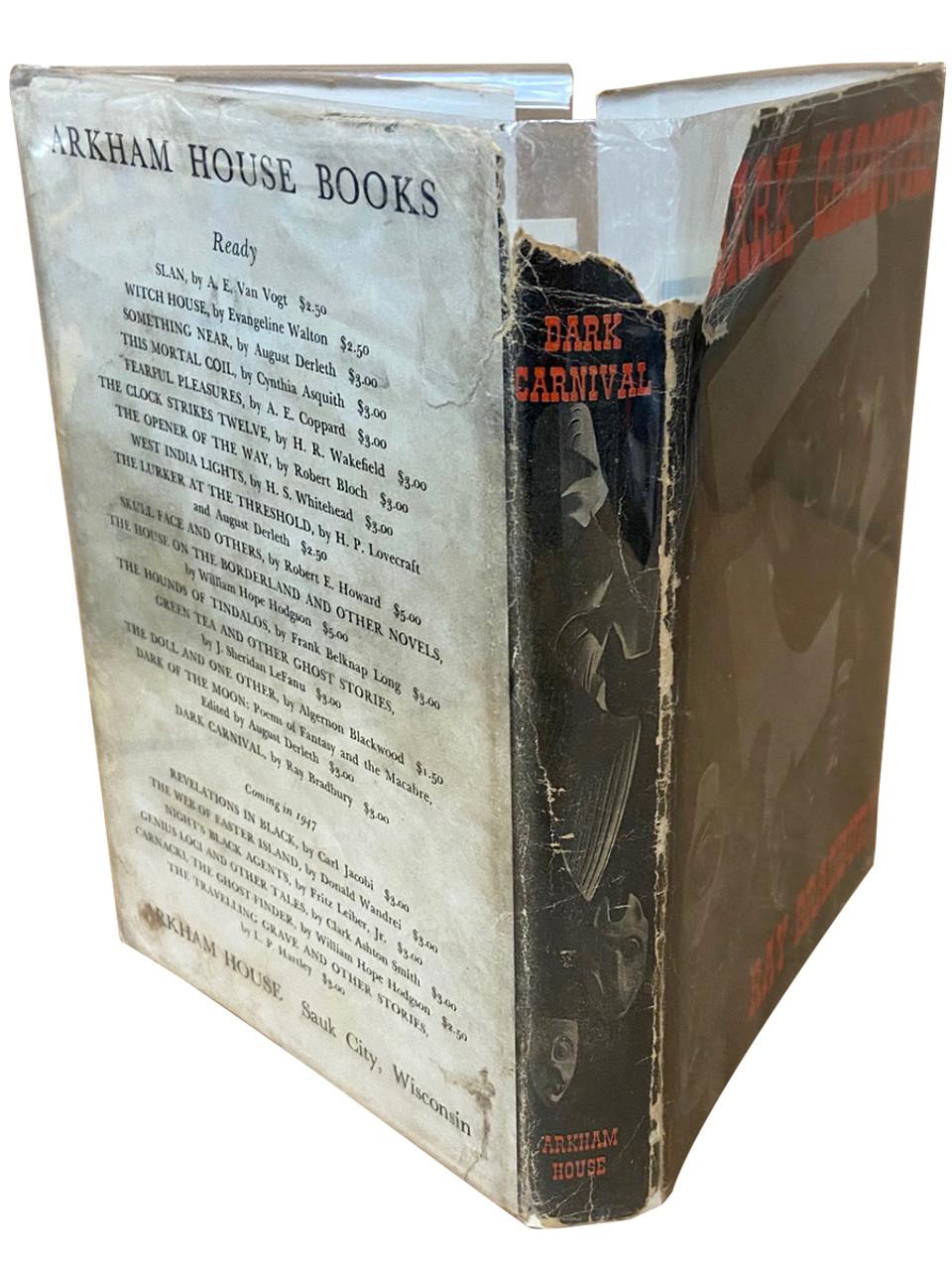 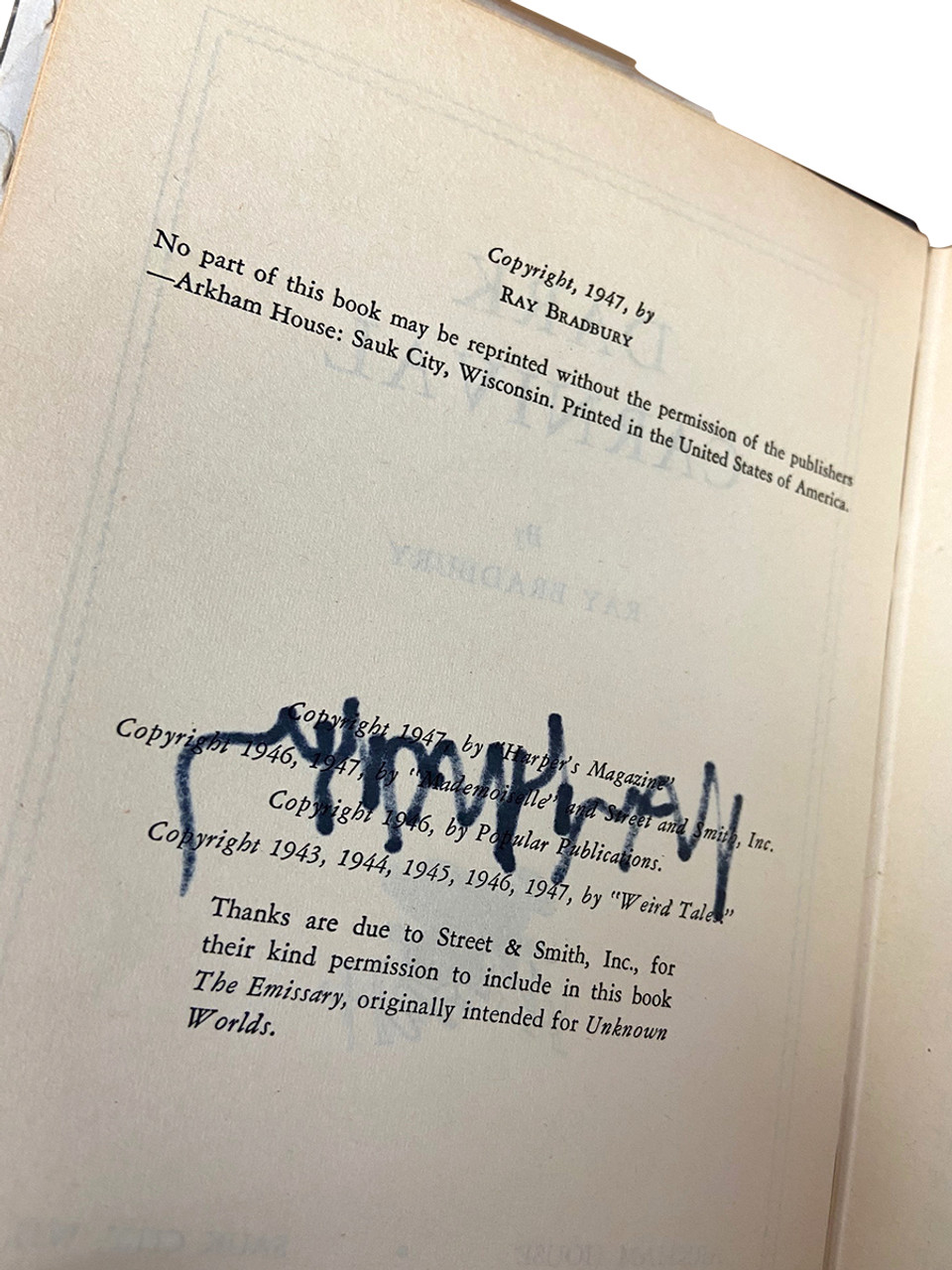 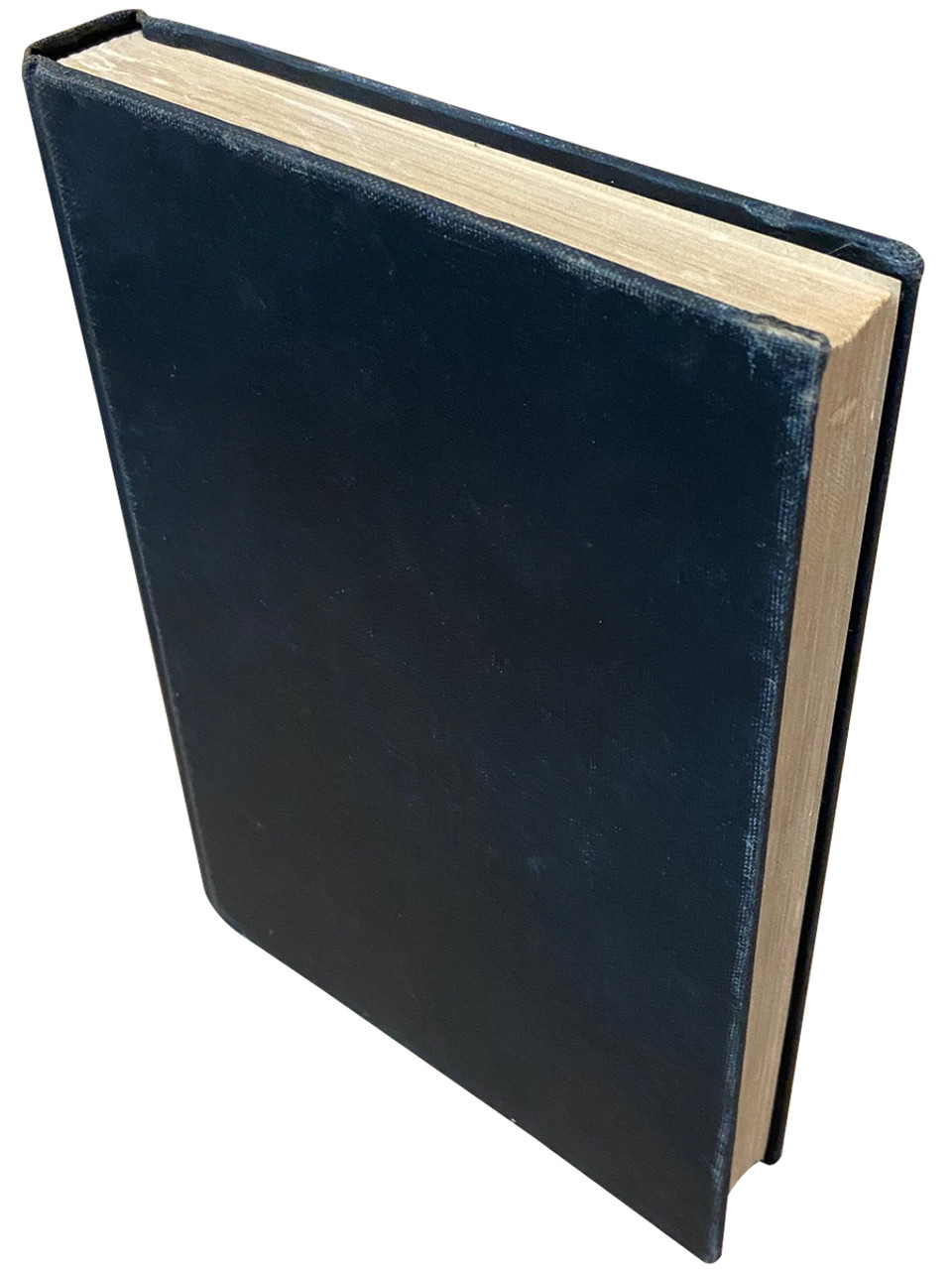 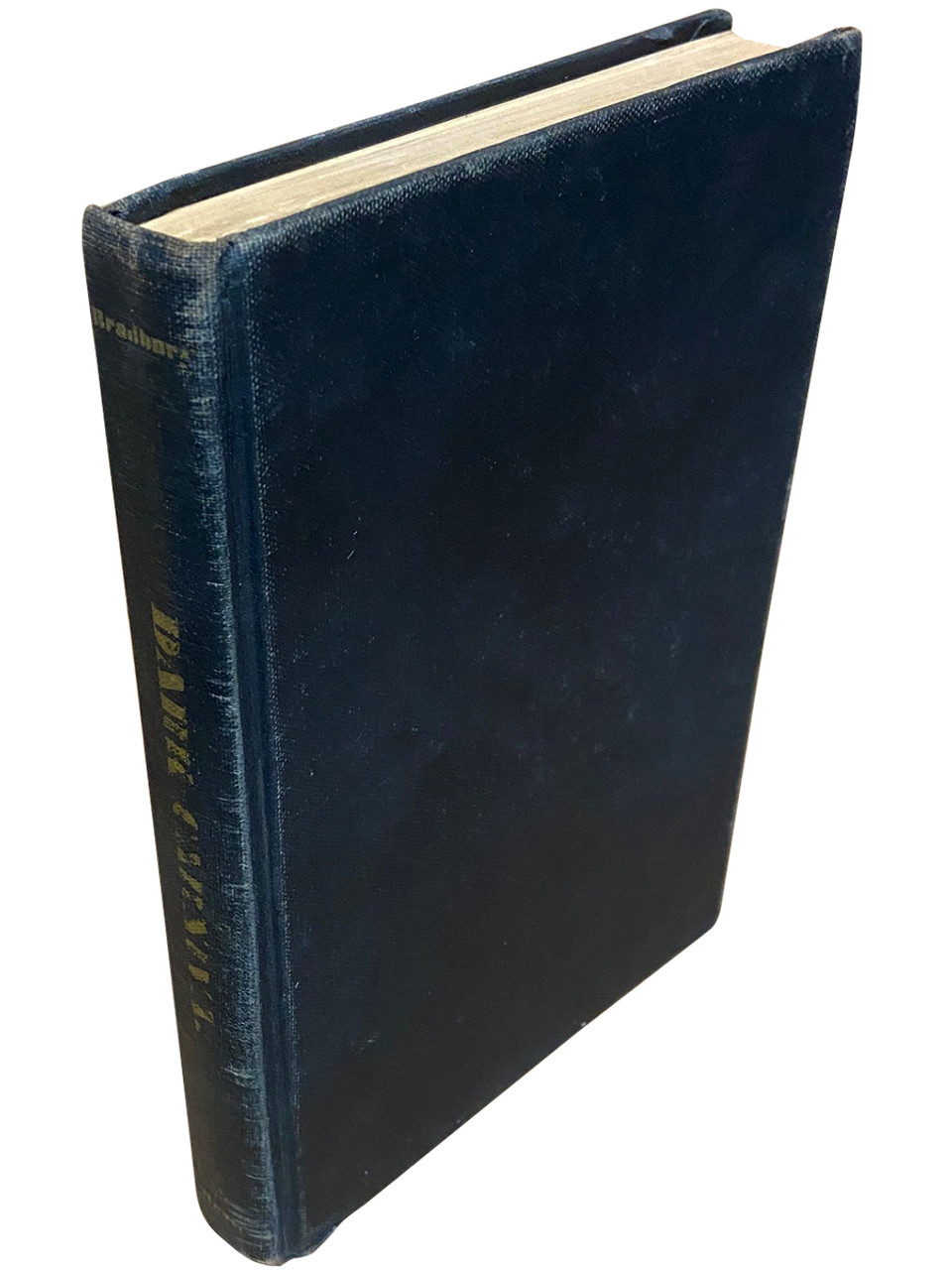 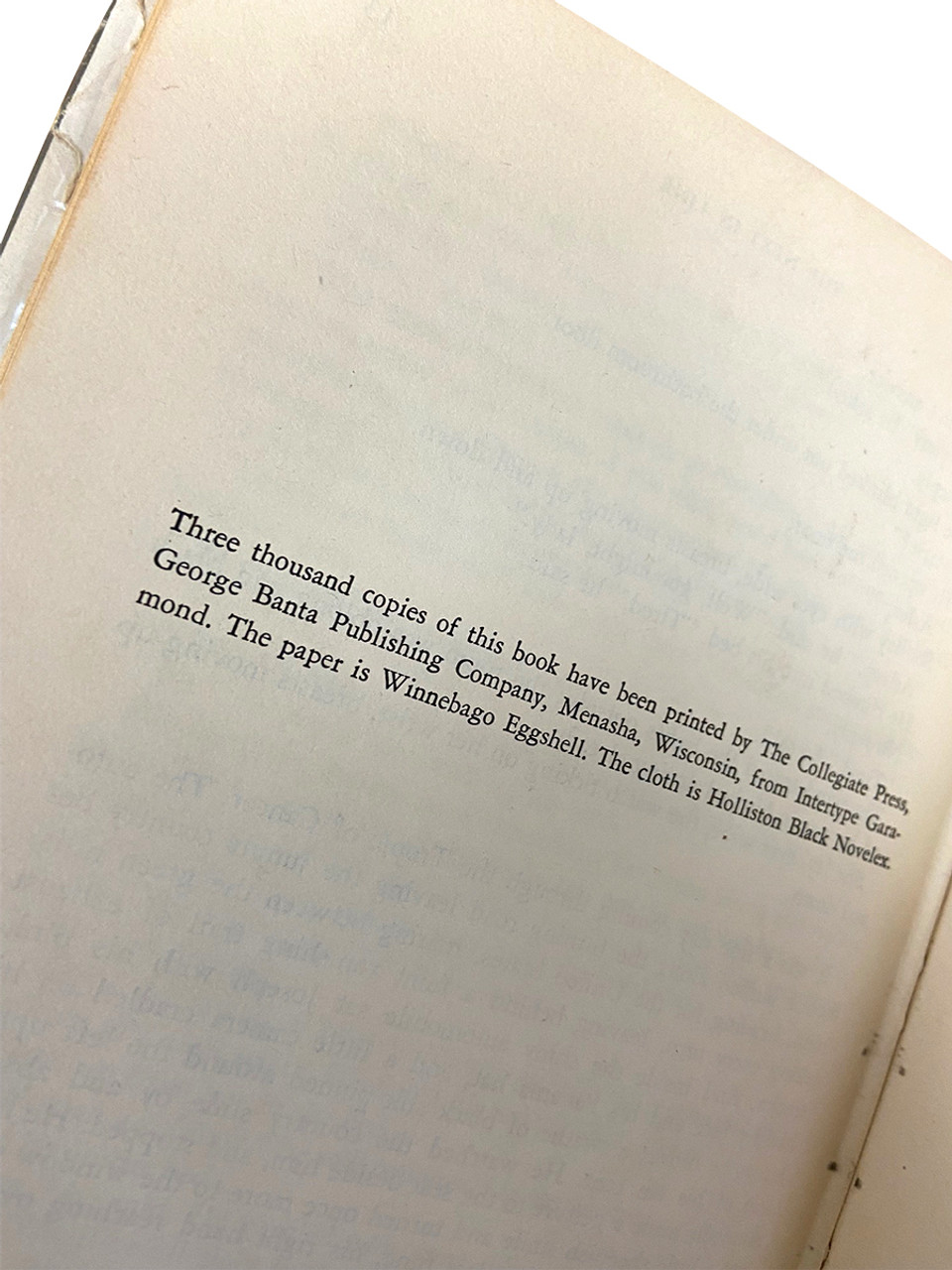 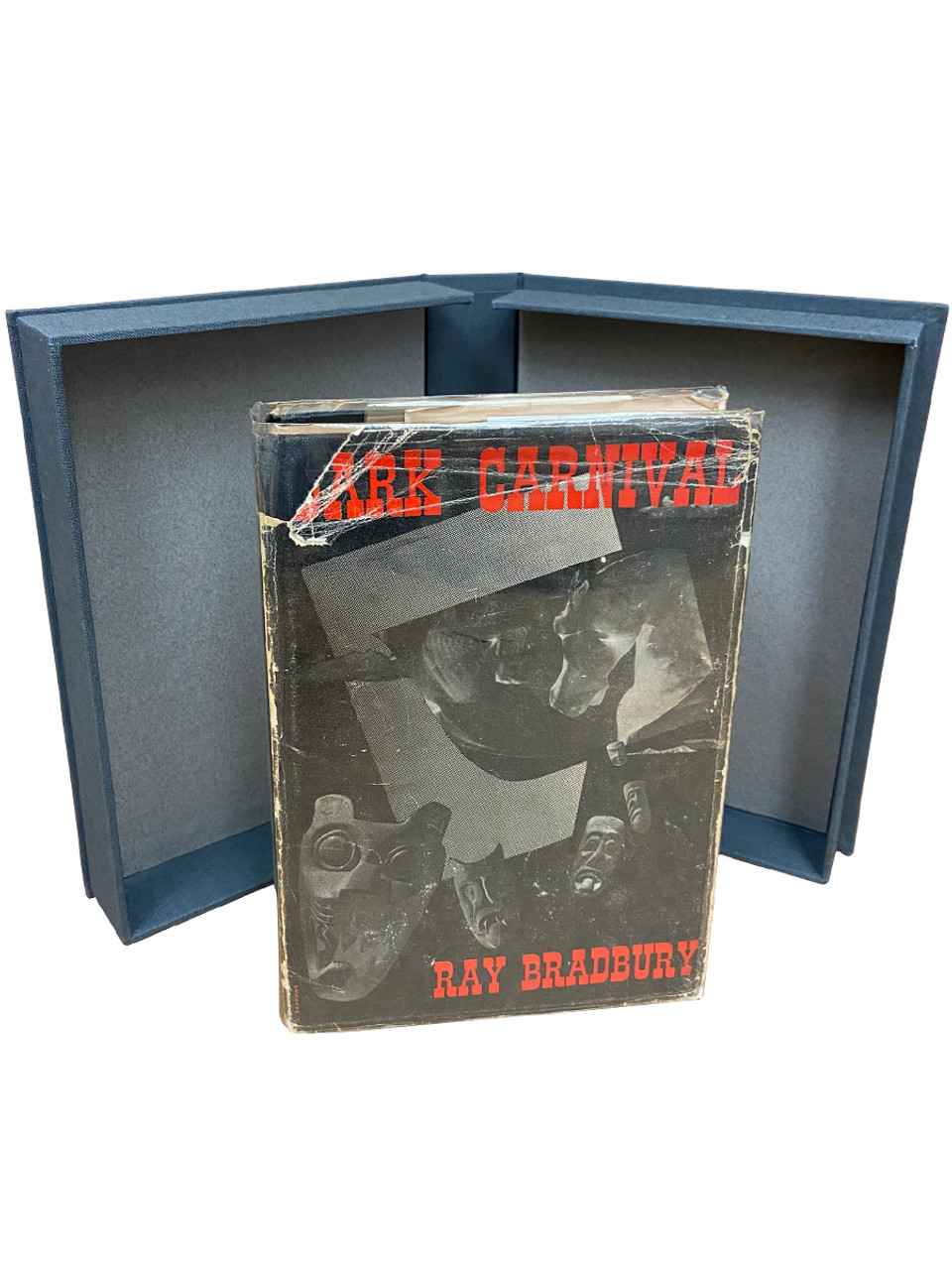 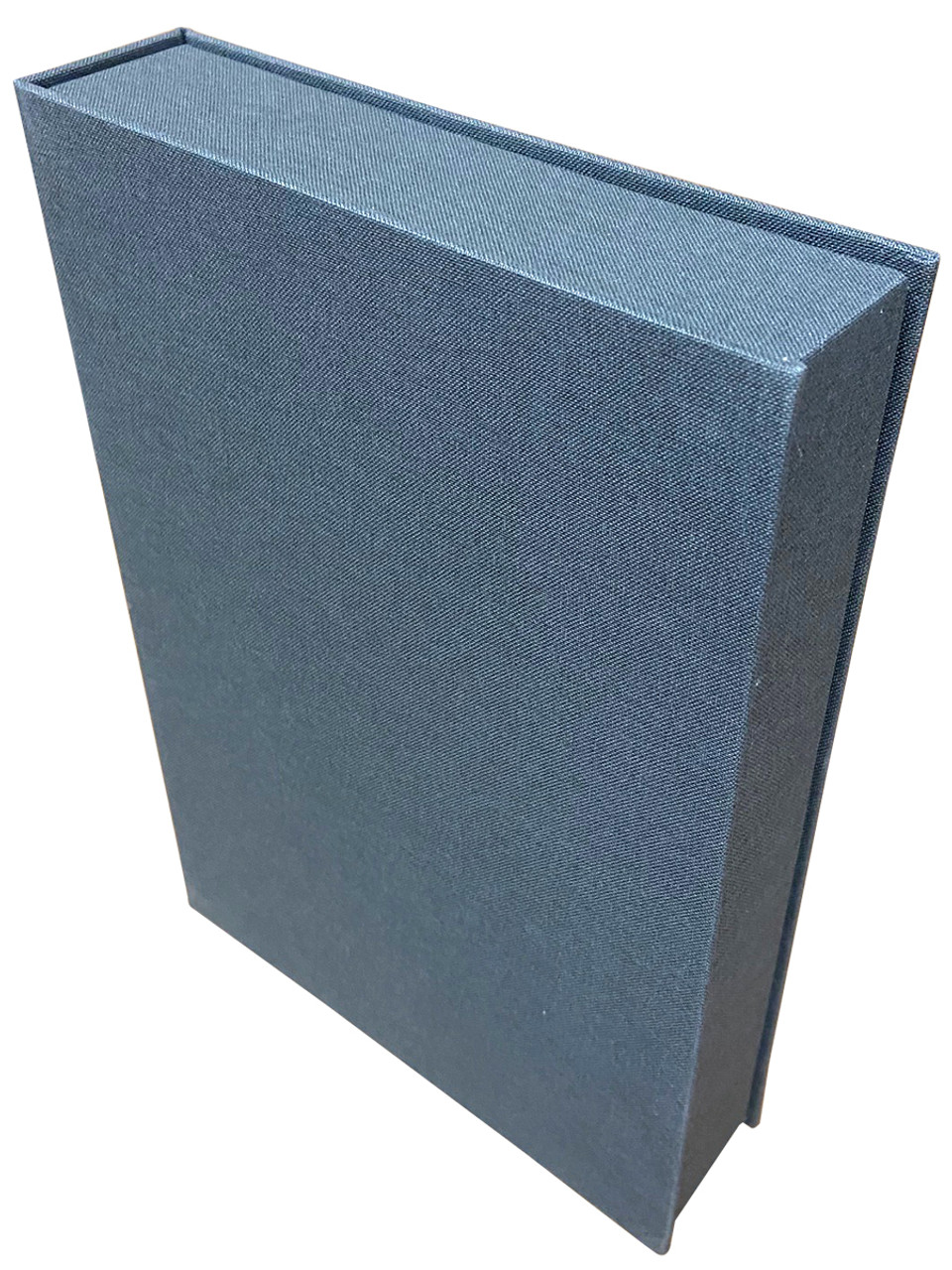 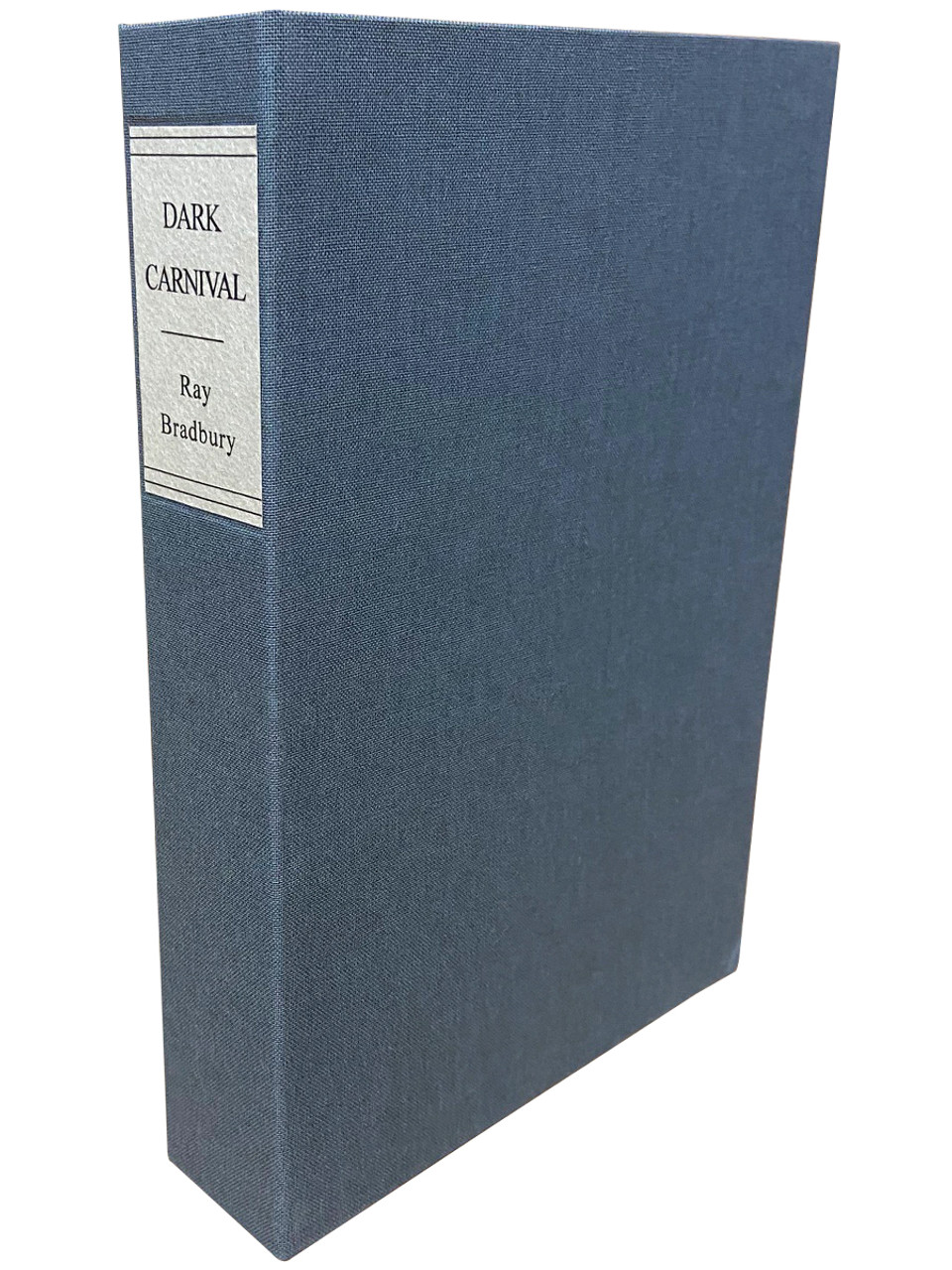 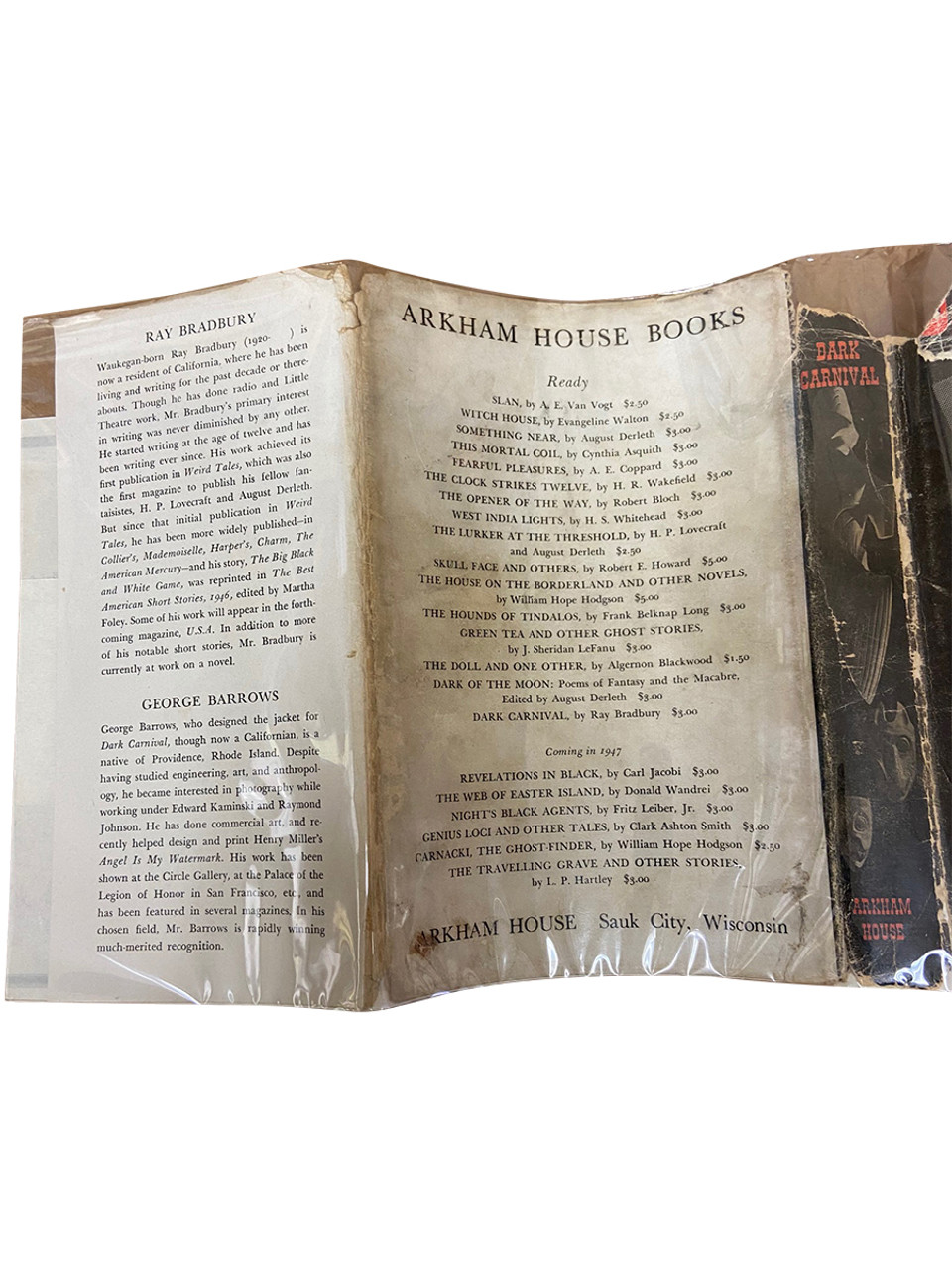 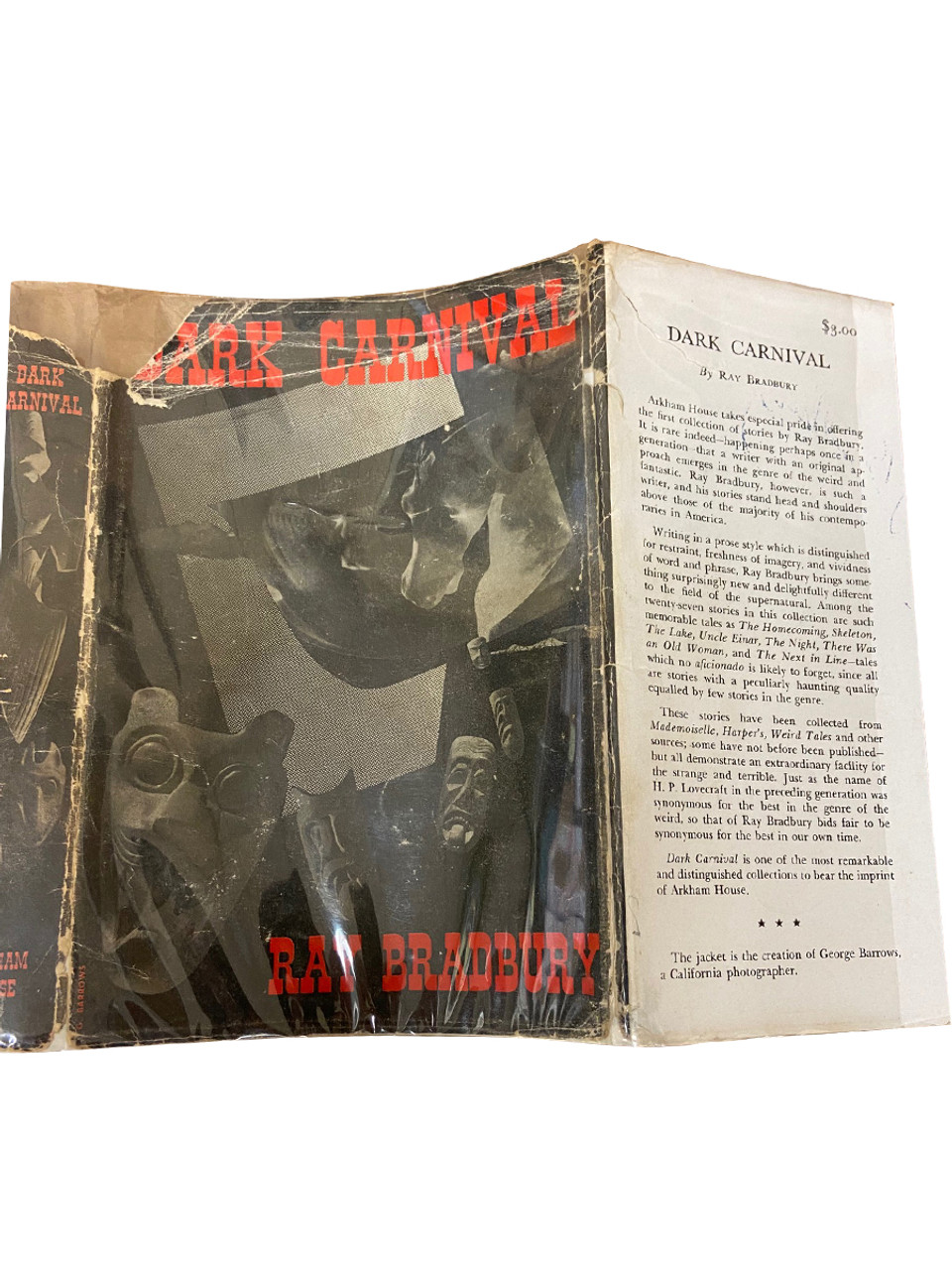 Personally signed by Ray Bradbury directly onto the title page.

A SIGNED FIRST EDITION OF THE AUTHOR'S DEBUT BOOK

Dark Carnival is a short story collection by American writer Ray Bradbury, first published October 1947 by Arkham House. It was his debut book, and many of the stories were reprinted elsewhere. 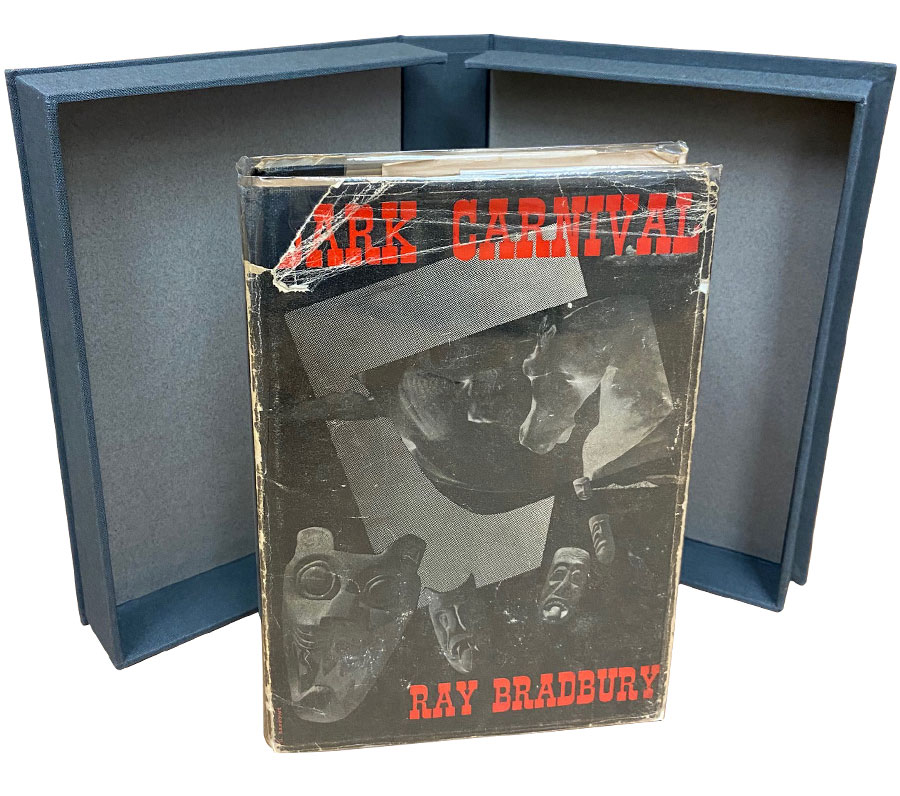 Once to be titled The Child's Garden of Terrors, Bradbury's first story collection rolls back into town, spinning stardust and cobwebs in its wondrous wake. Originally published by Arkham House in 1947, this deluxe reissue features historical notes by John Eller, an introduction and individual story notes by the master himself and a glowing afterword by Clive Barker. Obsessed with death, old age and a longing to retain the eternal child in all of us, Bradbury once described himself as the "quasi god-son of Edgar Allan Poe," though Poe lacked the gift of humor that has helped shape Bradbury's seductive shadows. "You are only eight years old, you know little of death, fear, or dread," writes Bradbury in "The Night" as he powerfully encapsulates in a neat eight pages a child's first discovery of the unknown. Other standouts include the penultimate scary carnival story, "The Jar"; the Elliot family tales, "Uncle Einar," "The Homecoming" and "The Traveler"; "The Small Assassin," a sinister story far more frightening than Rosemary's Baby; the stunning "Jack-in-the-Box," one of the best parental abuse stories ever written; the harrowing "The Next in Line"; and "Reunion," which uses the simple metaphor of a washing machine in its probing depiction of the grieving process. Magazine covers precede each story with the exception of "The Lost Stories," four pieces rescued from pulp oblivion, while reproductions of manuscript errata illuminate the gestation process of the legendary first edition. Well worth the price of admission and certain to be on discerning Christmas lists. (Dec.)published a collection of poems and essays, A Chapbook for Burnt-Out Priests, Rabbis, and Ministers (Forecasts, Mar. 19), and a novel, From the Dust Returned (Forecasts, Aug. 27).
Copyright 2001 Cahners Business Information, Inc. 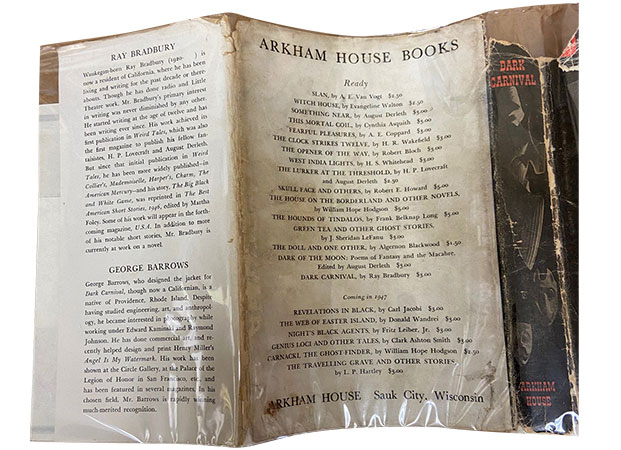 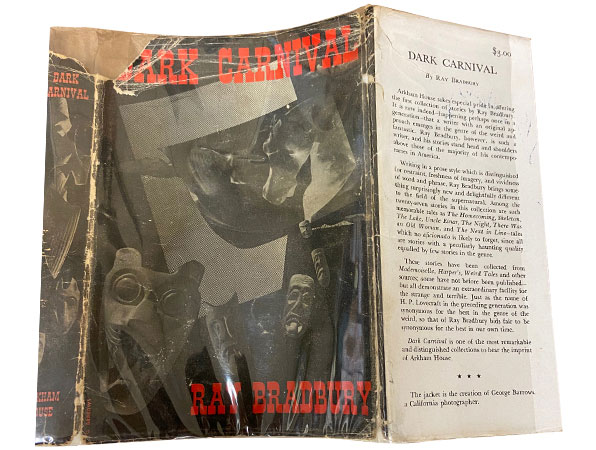 Lifetime Guarantee of Signature Authenticity. Personally signed by Ray Bradbury directly onto the title page of the book. The autographs are not facsimiles, stamps, or auto-pens.
The hardcover book is Very Good with some edge-wear. The binding is tight without any separation. No attached bookplate or indication of any removed. Free of stamps and other writing. The original un-clipped dust-jacket will require some restoration.

Please limit to 1 per customer. We have very few of these still remaining."Sarah Palin will be a major factor in American politics in the future." -Senator John McCain.