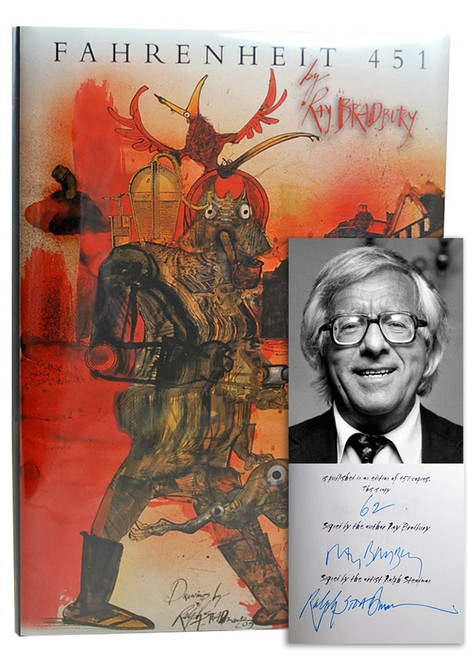 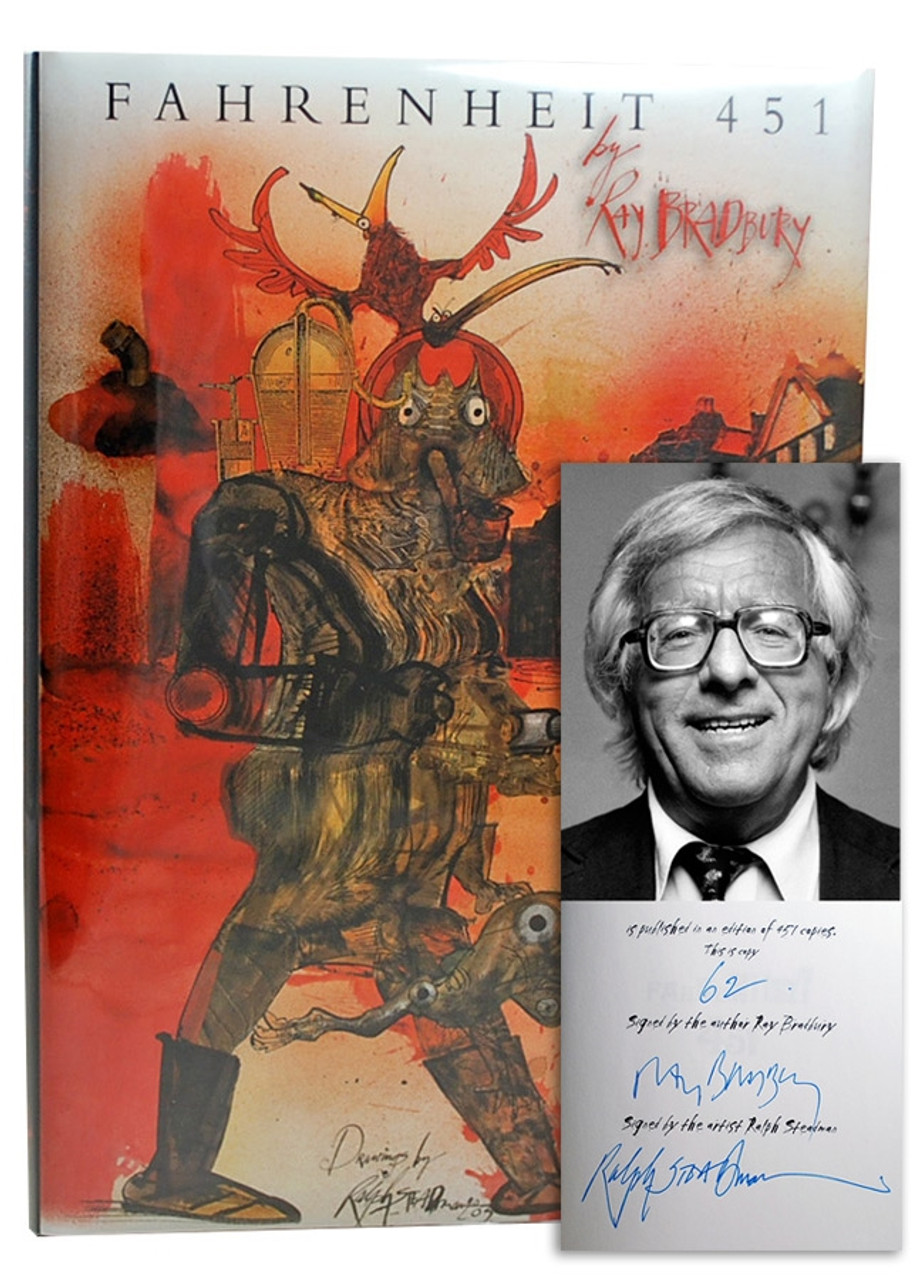 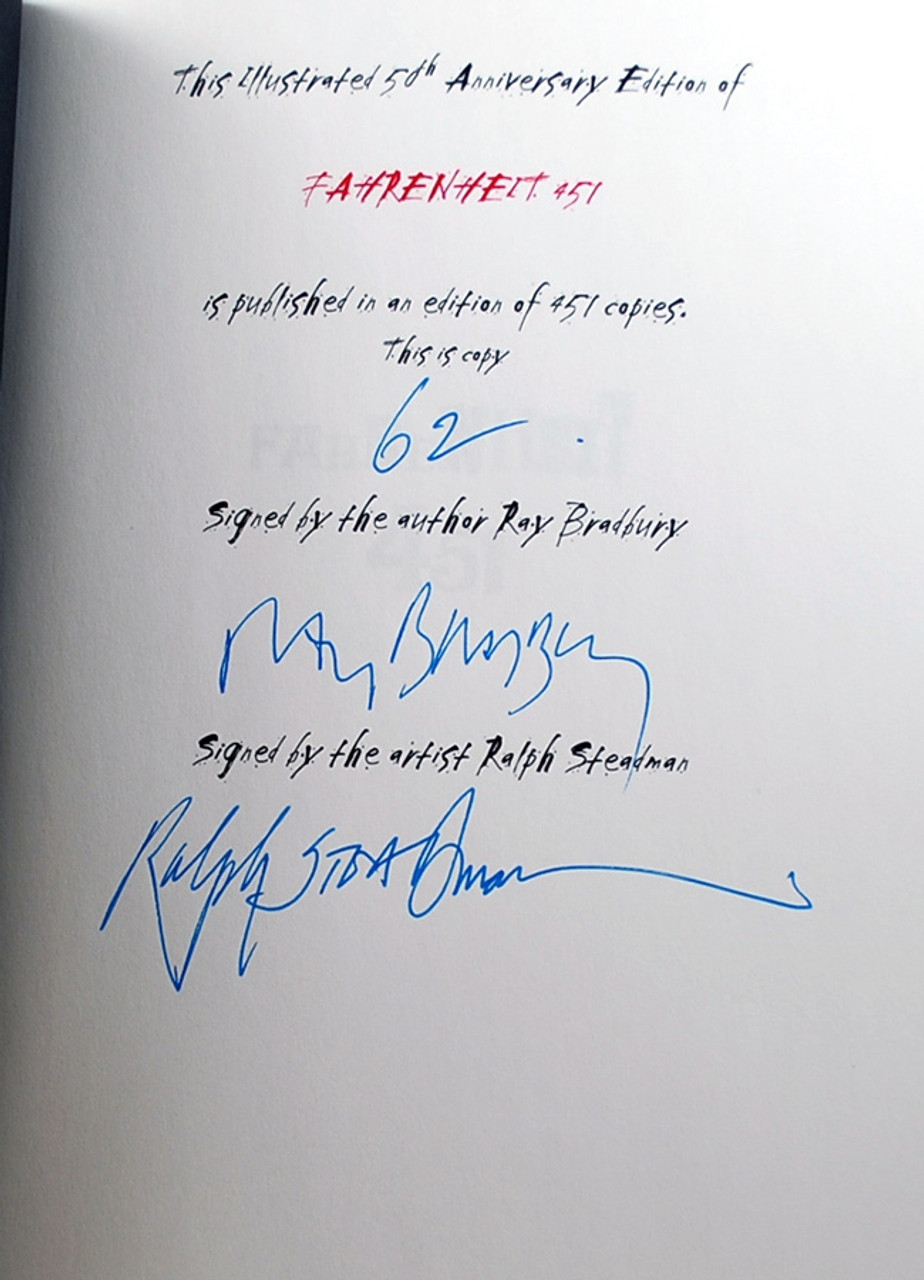 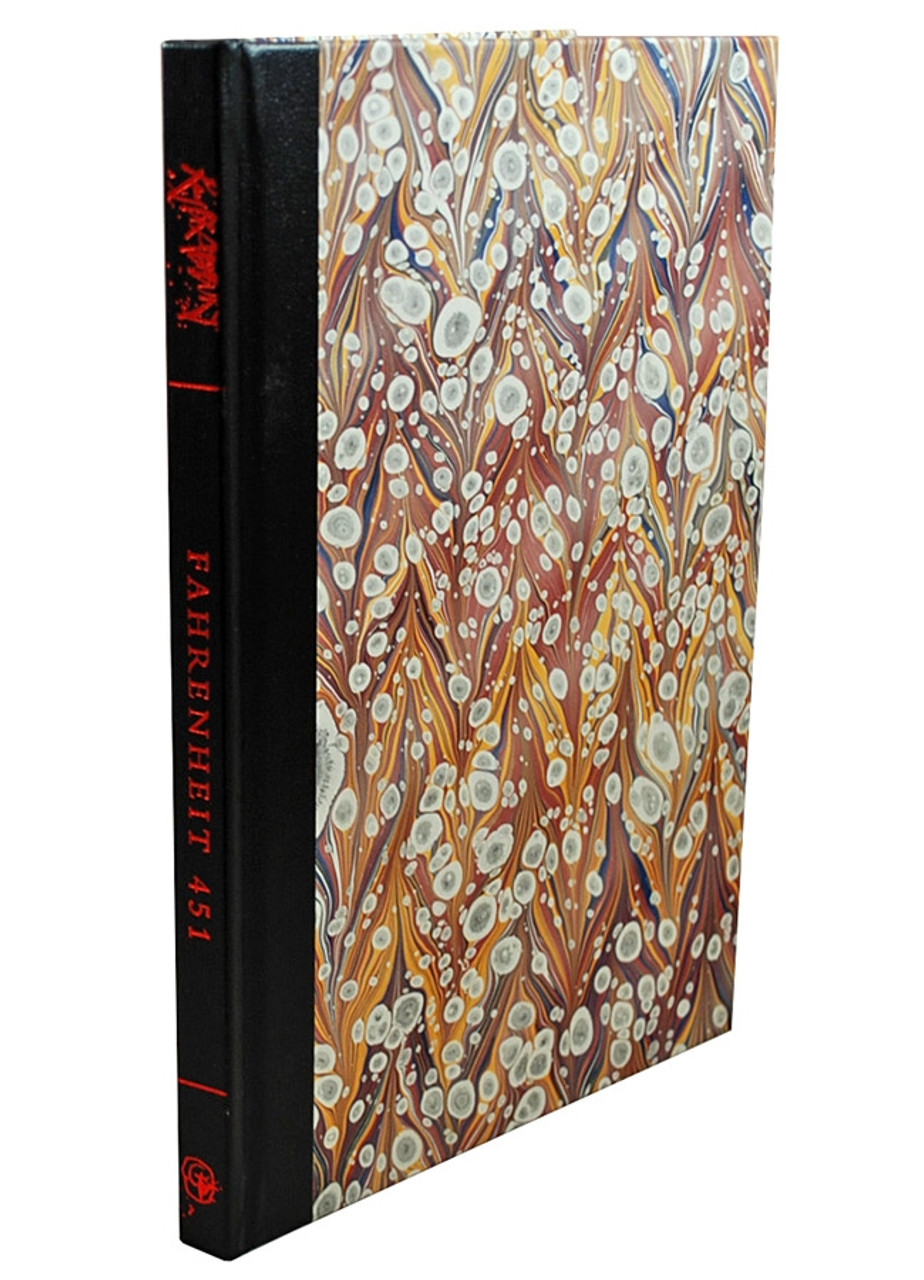 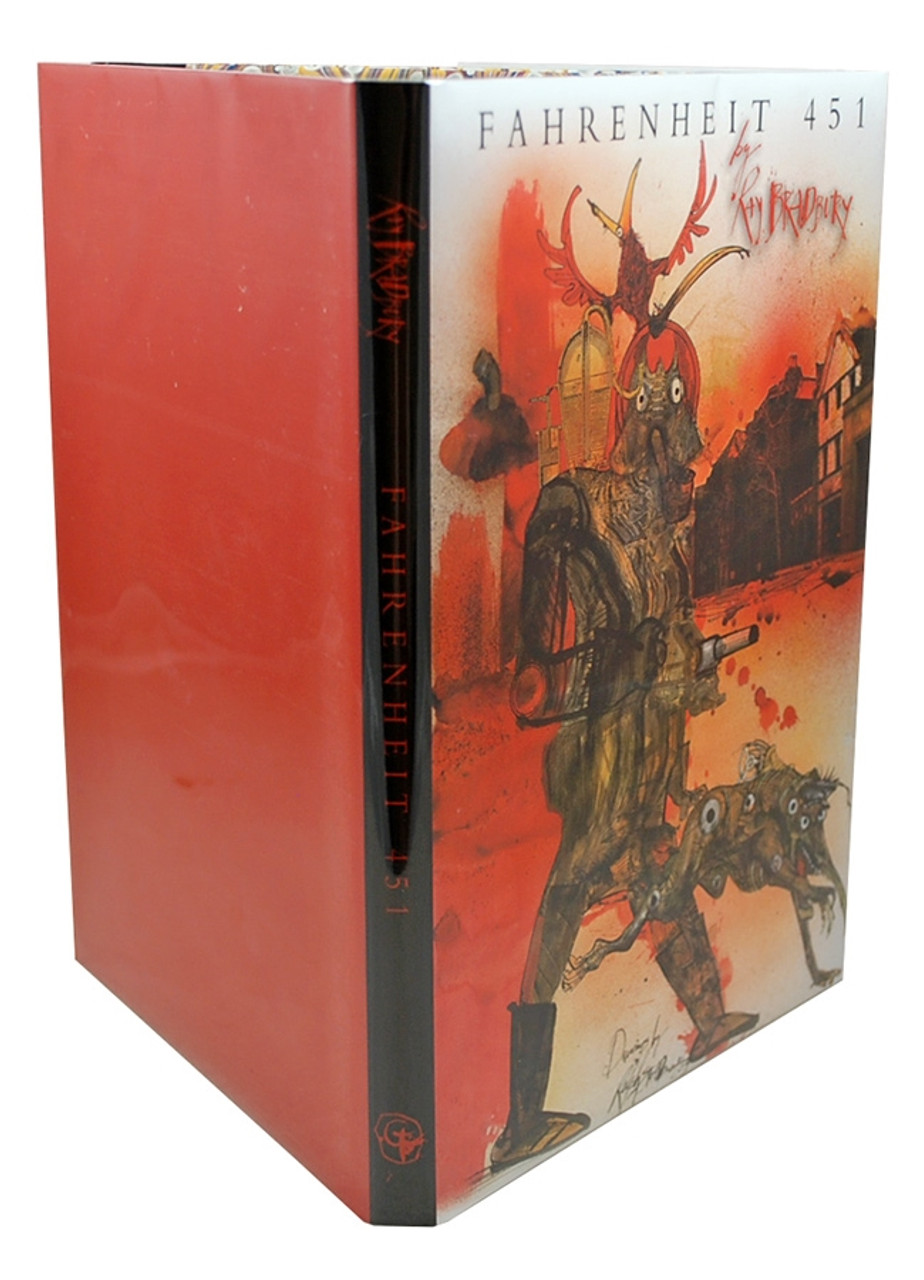 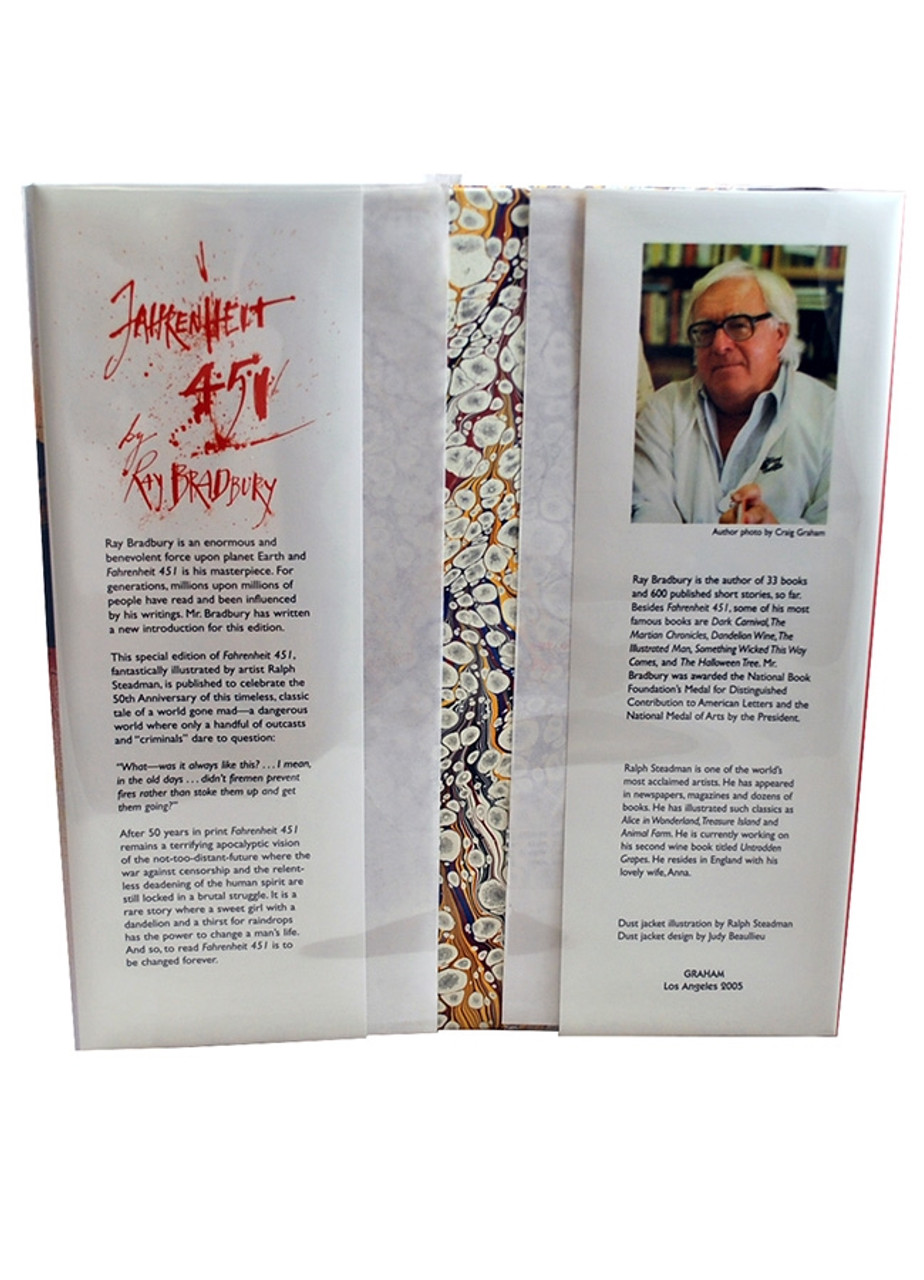 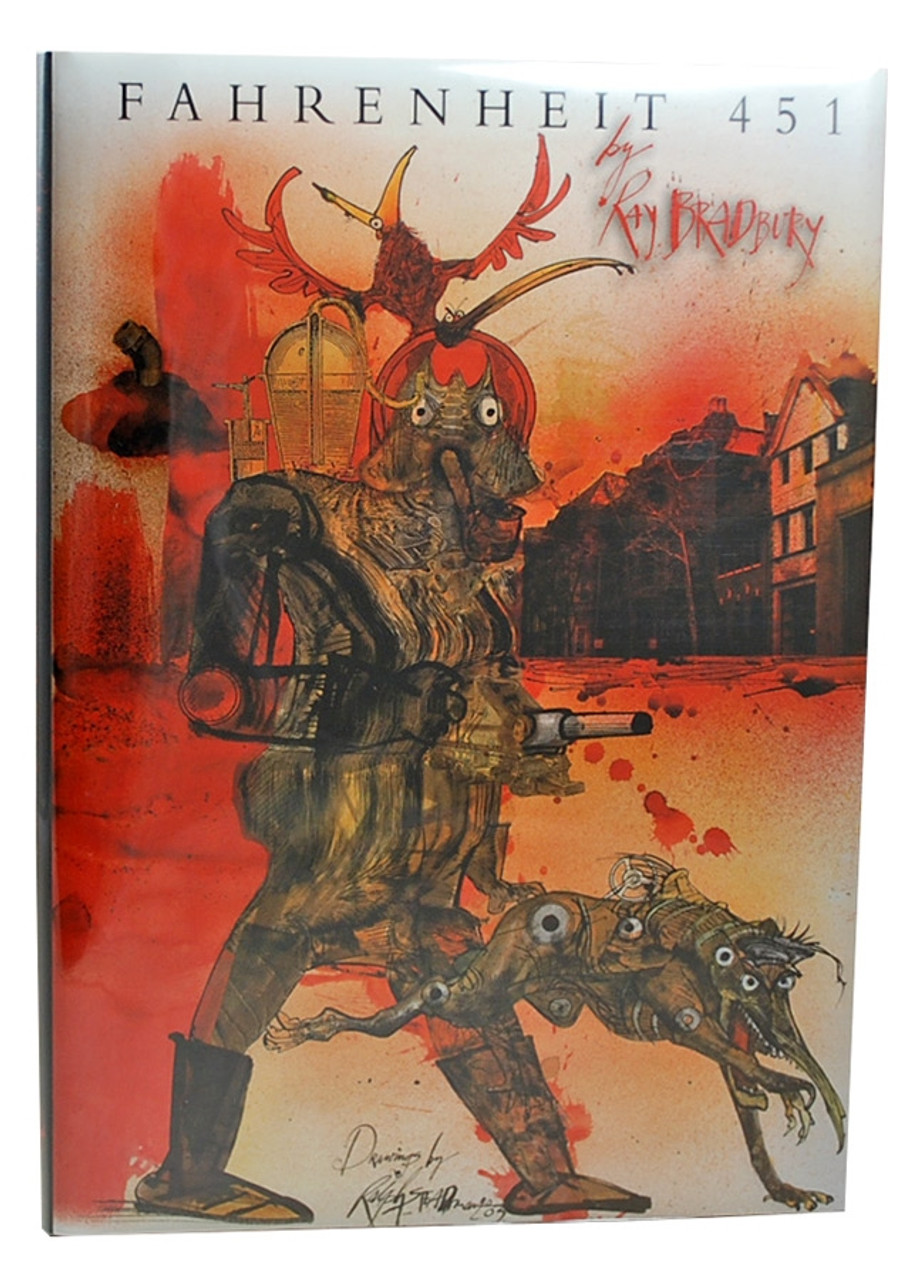 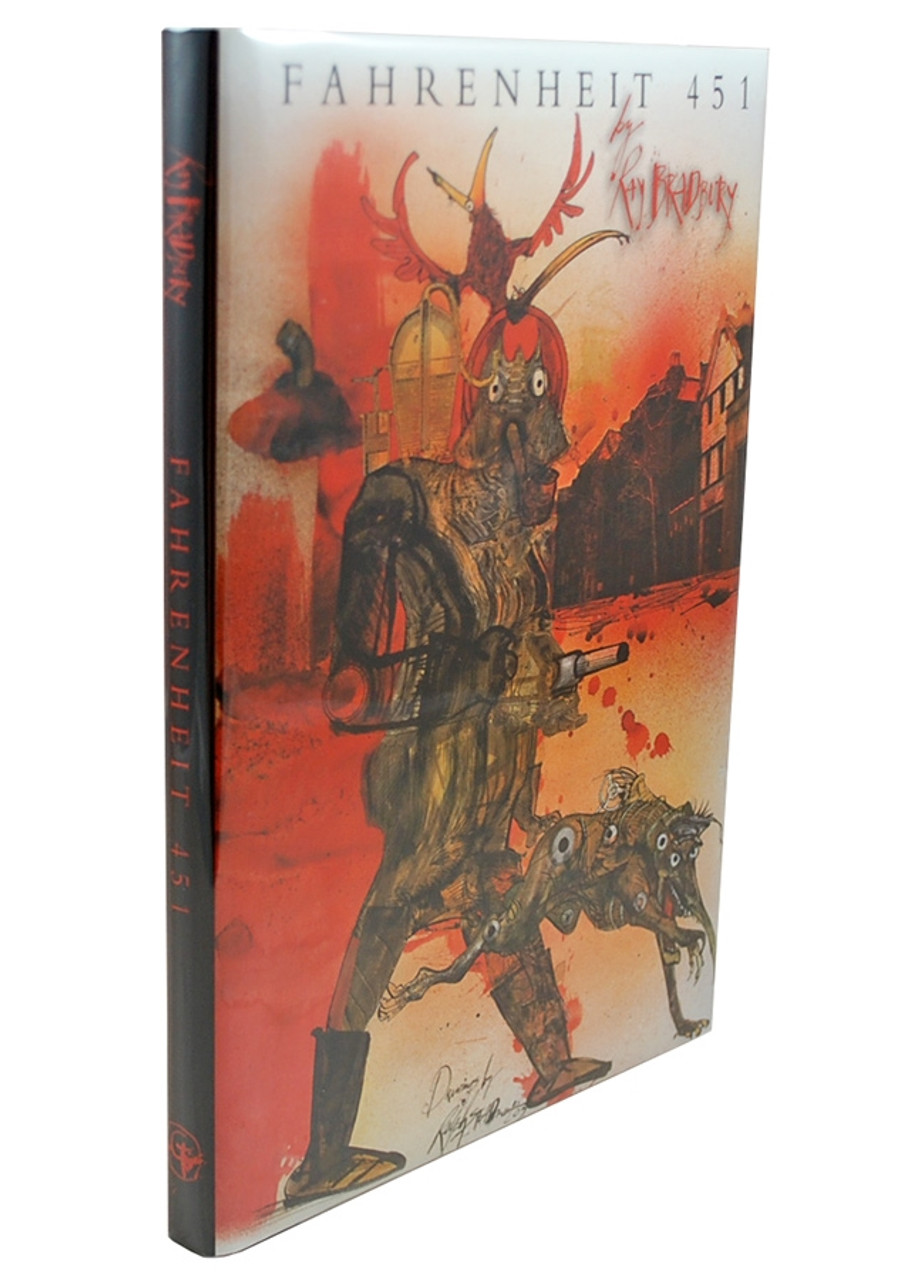 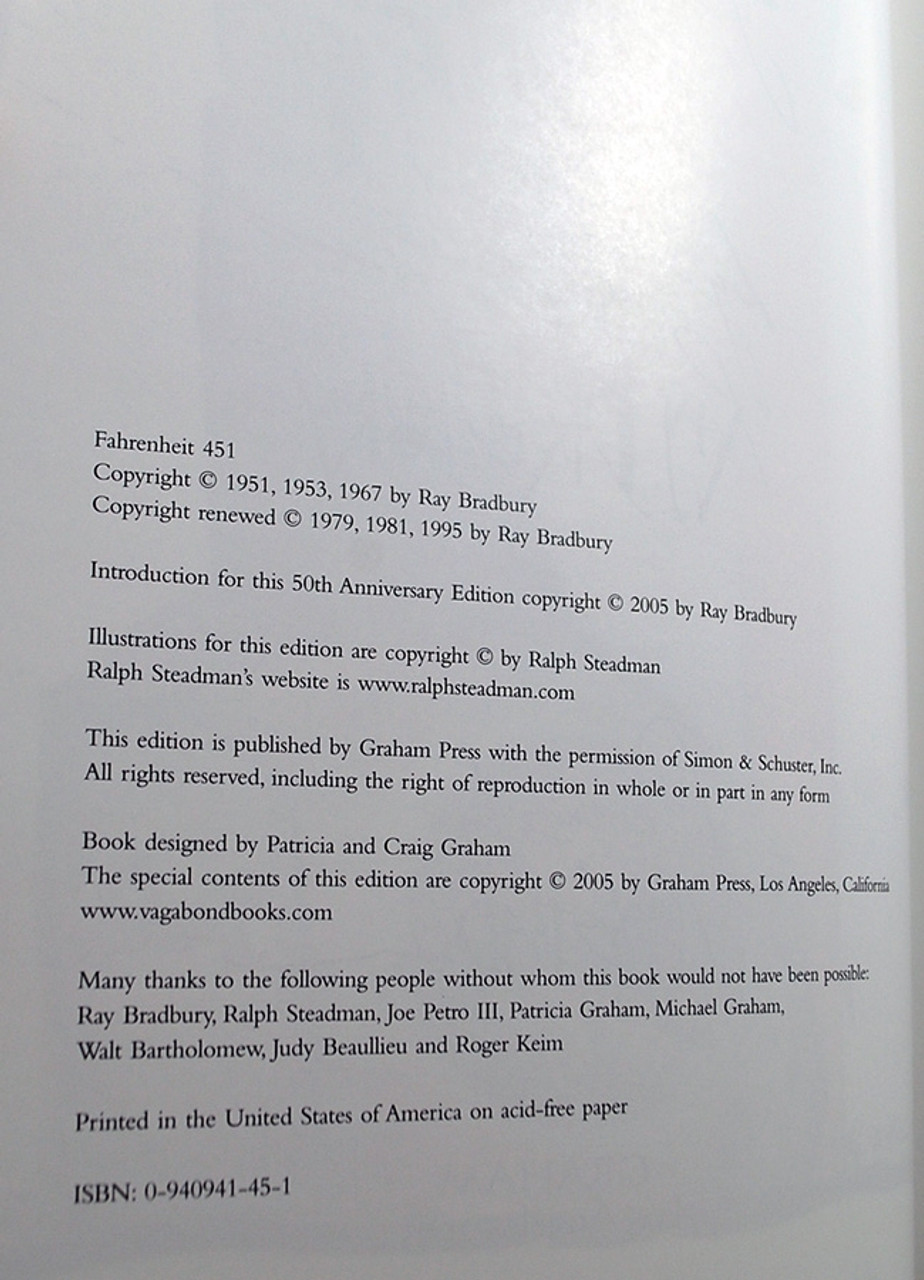 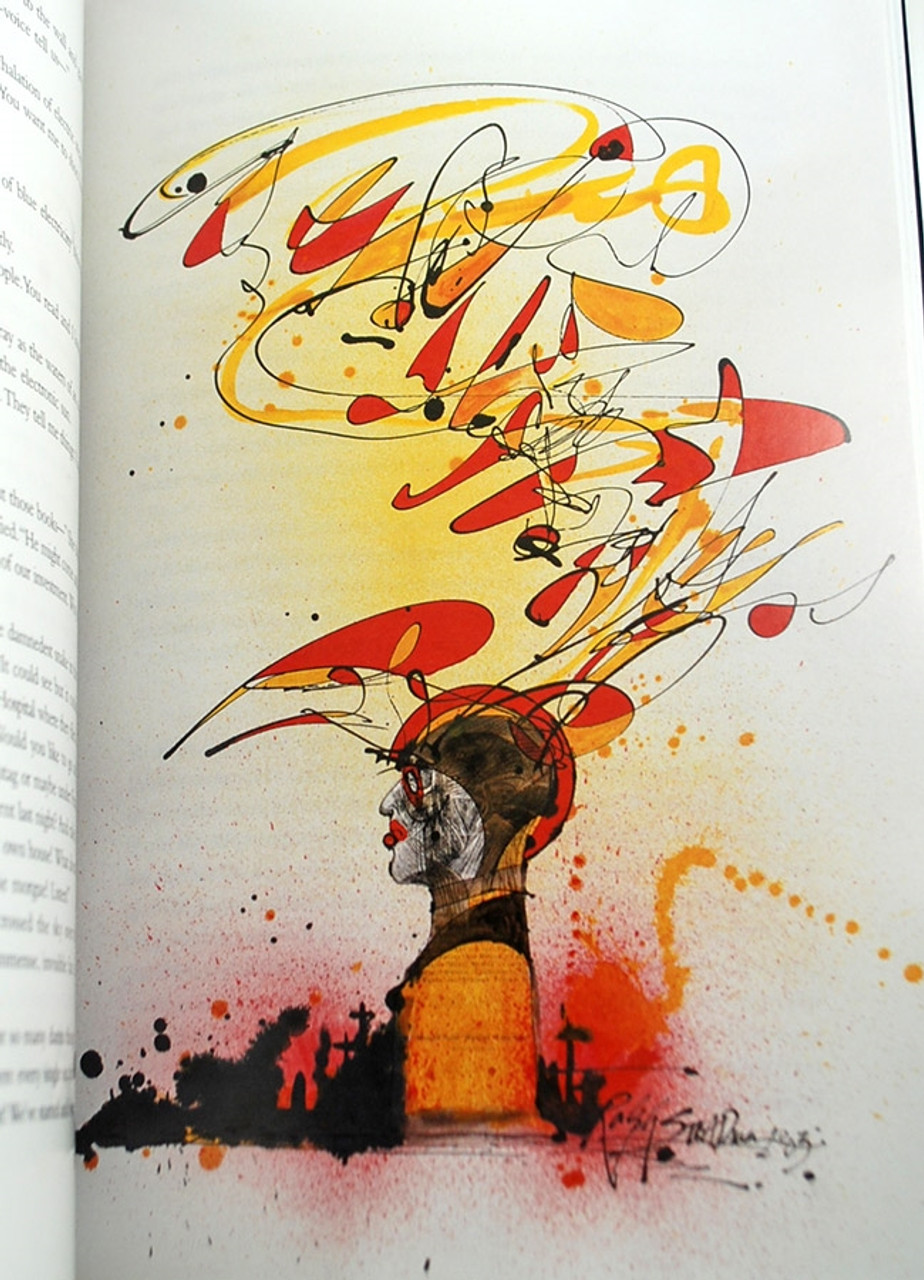 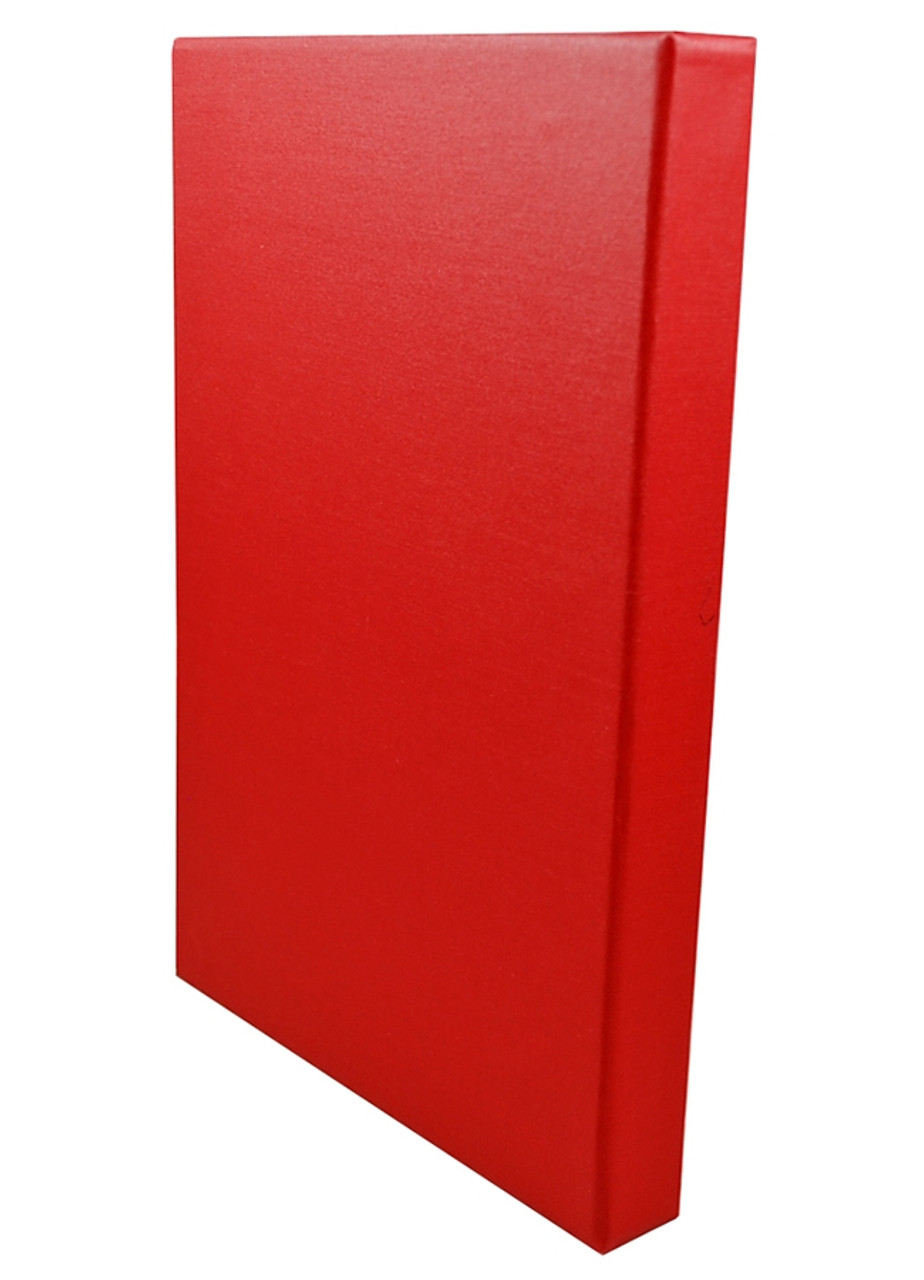 
This is number 62 of 150 bound in quarter leather goatskin & marbled boards. Hardcover book in dust-jacket and enclosed in a red cloth slipcase. This is the definitive edition, featuring a new introduction by the author.

Bradbury has written a new introduction for this special limited edition. 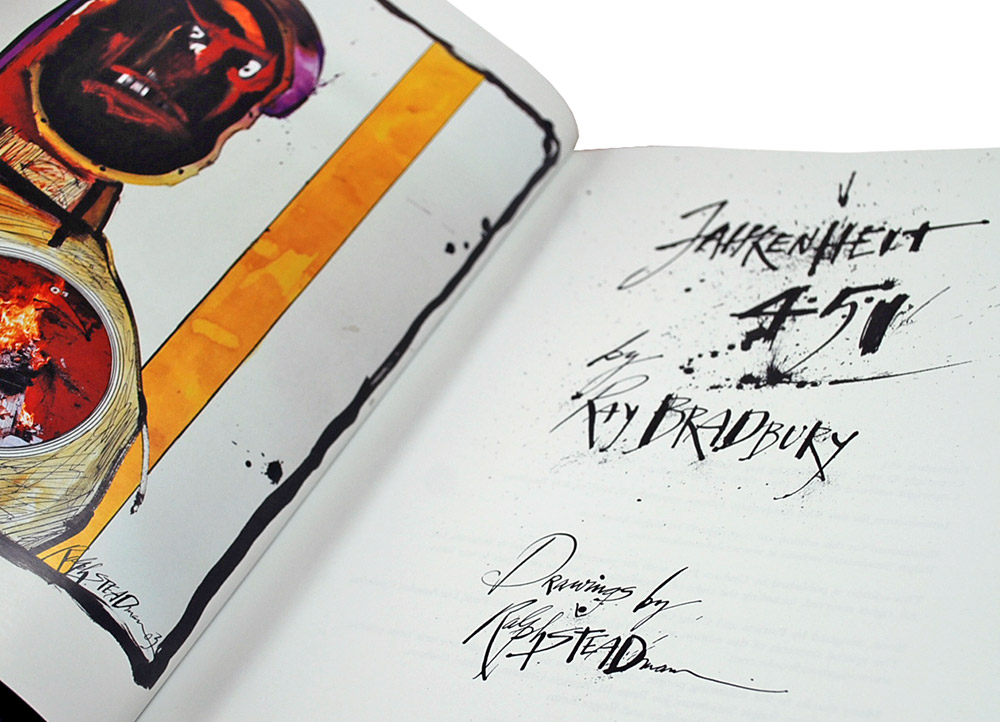 In 2003, illustrator Ralph Steadman turned his talent to one of the most important books ever written and illustrated a gorgeous 50th anniversary edition of Fahrenheit 451 -- Ray Bradbury's celebrated dystopian novel, titled after "the temperature at which book paper catches fire and burns" and originally published when Bradbury was only thirty-three.

In his magnificent 2013 monograph, Proud Too Be Weirrd, Ralph Steadman admits to having grown jaded with illustrating other people�s prose -- 'not much more than shameless self-indulgence" -- but writes of having gladly completed the Bradbury project due to its "vitally important theme -- the burning of all books." He reflects on the significance of Bradbury's masterwork: "As someone once said, I think it was me: There is nothing so dangerous as an idea. Particularly one whose time has come."

Numbered signed limited edition, 62 of 451, in slipcase.
VERY FINE GUARANTEED. A wonderful bright clean copy free of any markings, writings, or stamps. Sharp corners that have not been bumped. Unread book with square and tight binding. No bookplates attached or indication of any removed. Edges are free of any marks, spots, scratches, or blemishes. Small pen mark to slipcase.