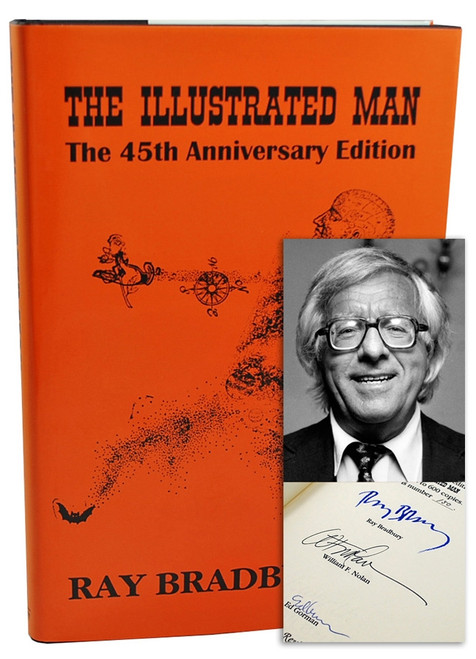 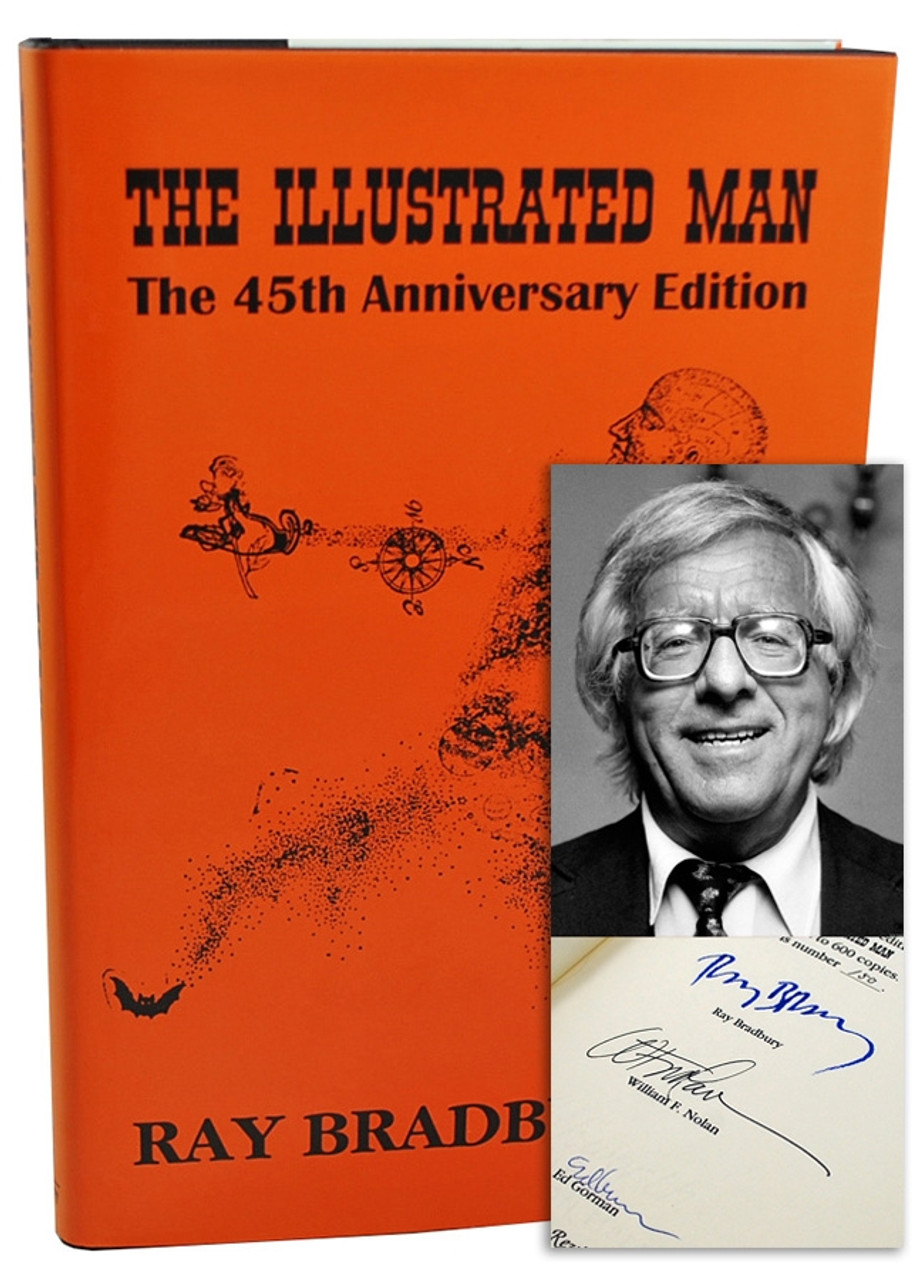 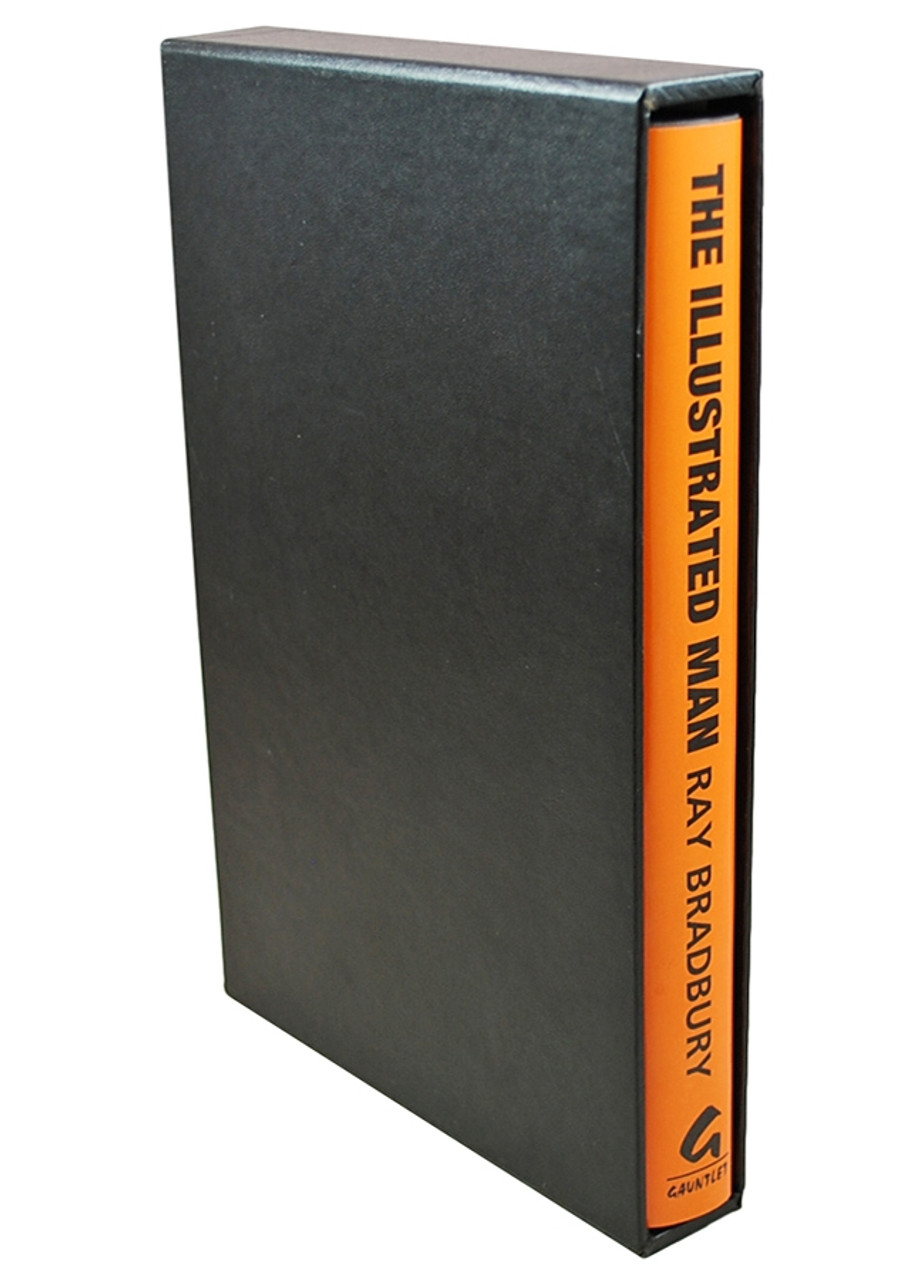 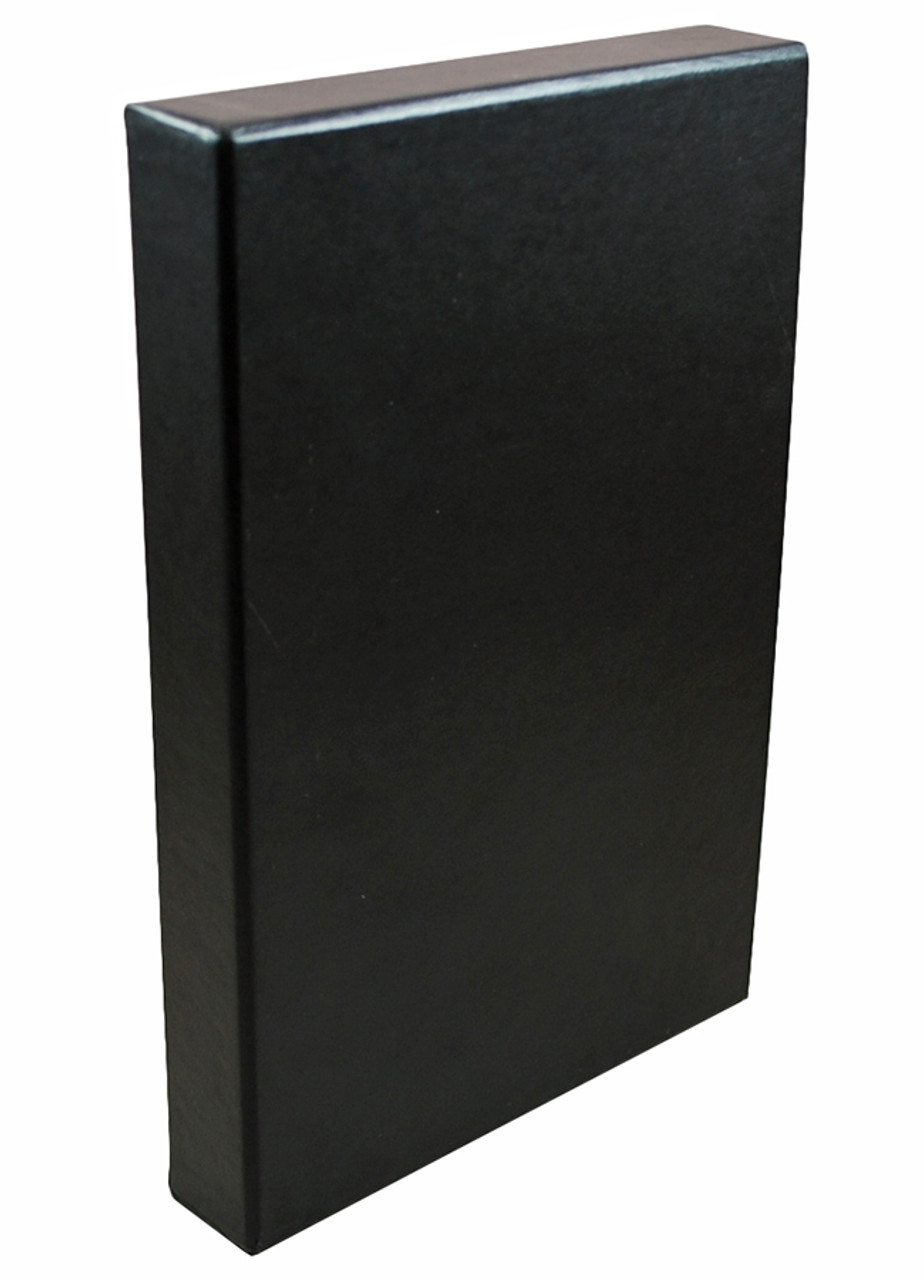 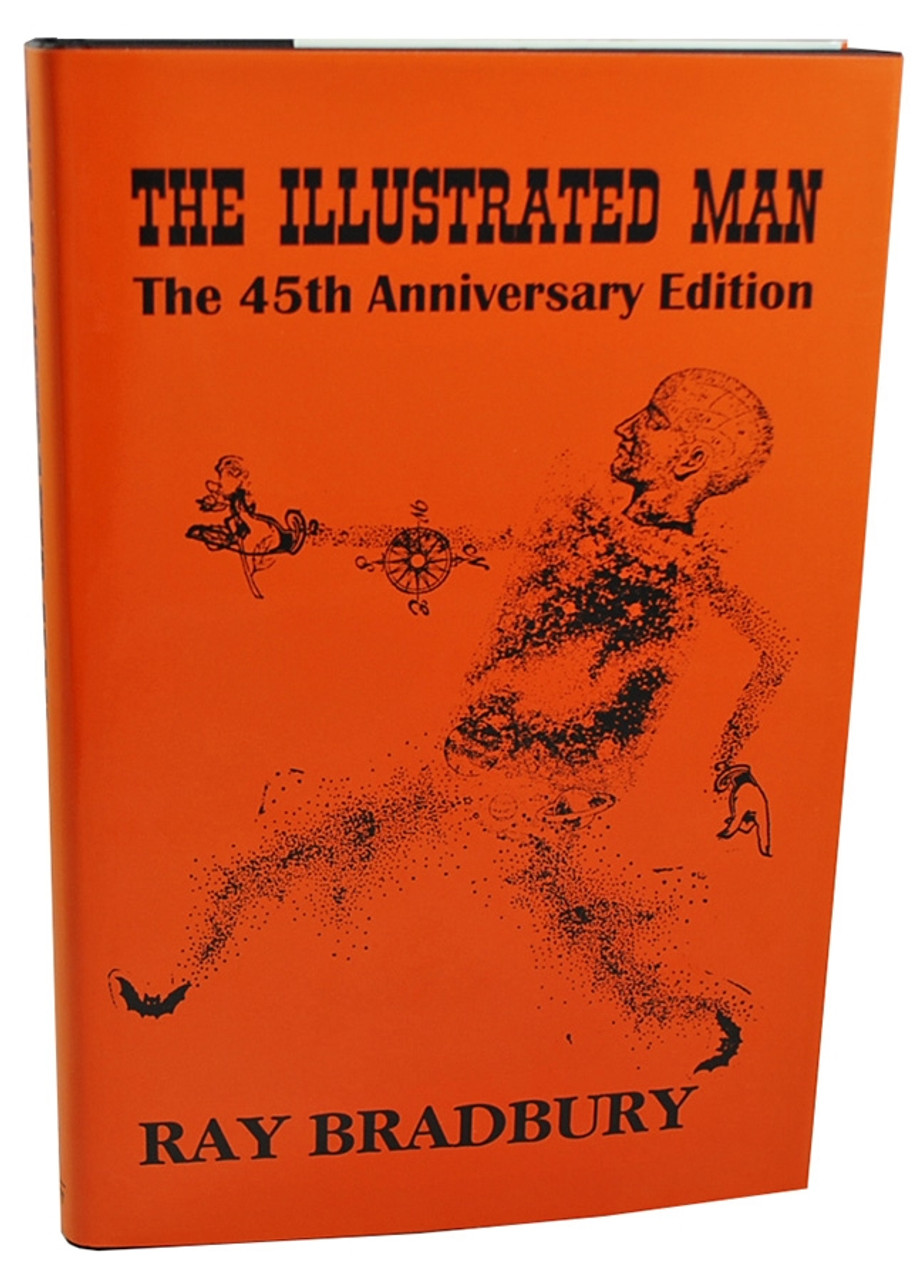 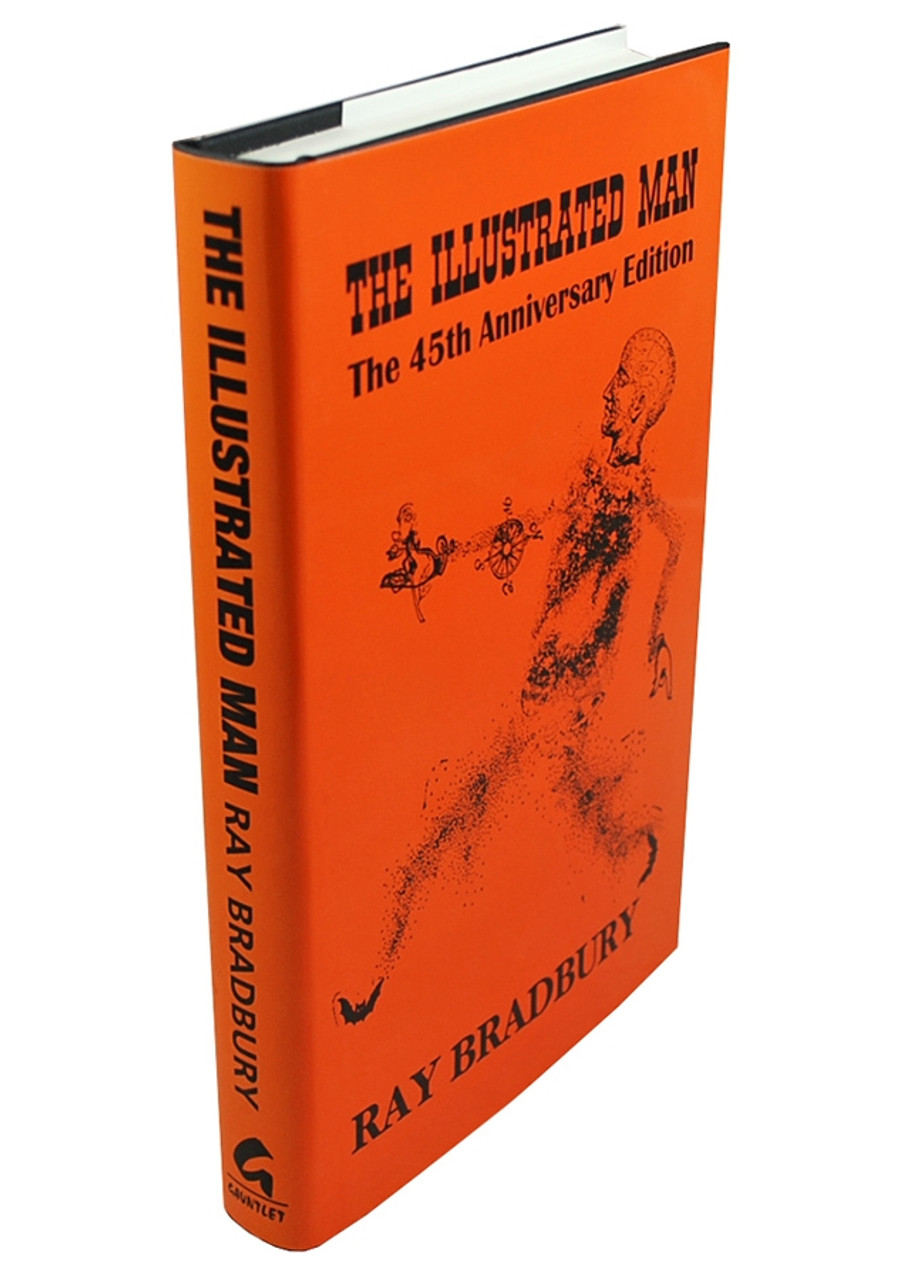 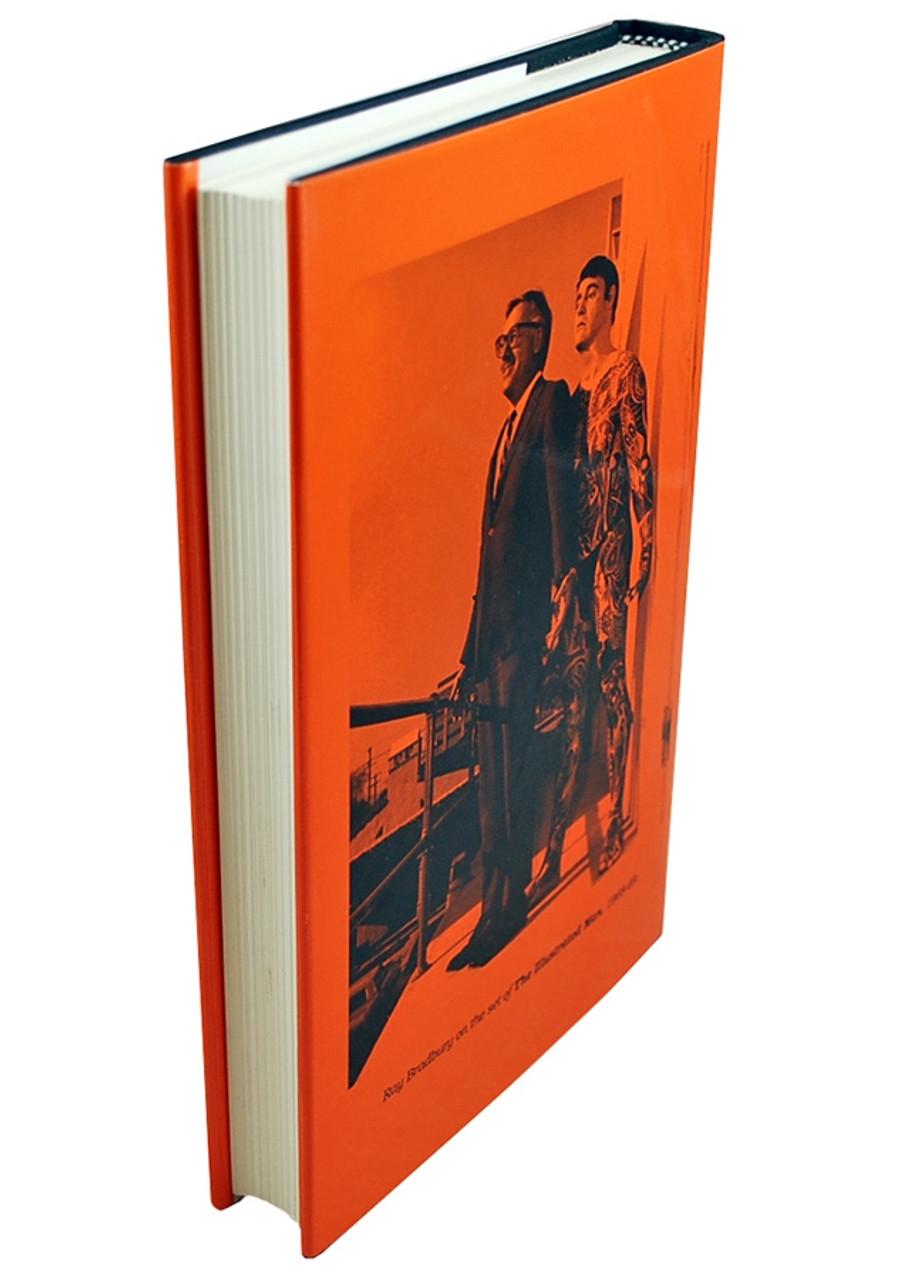 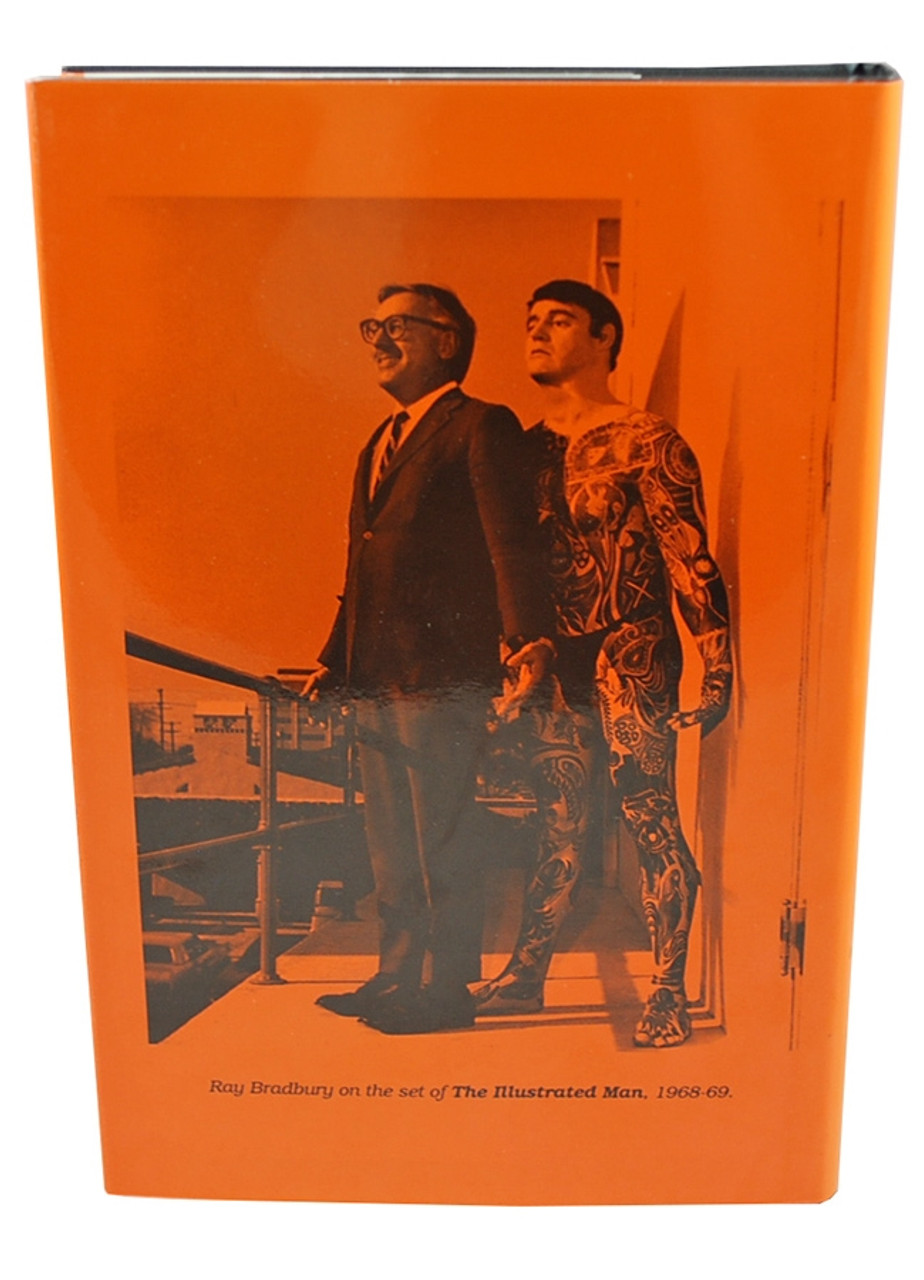 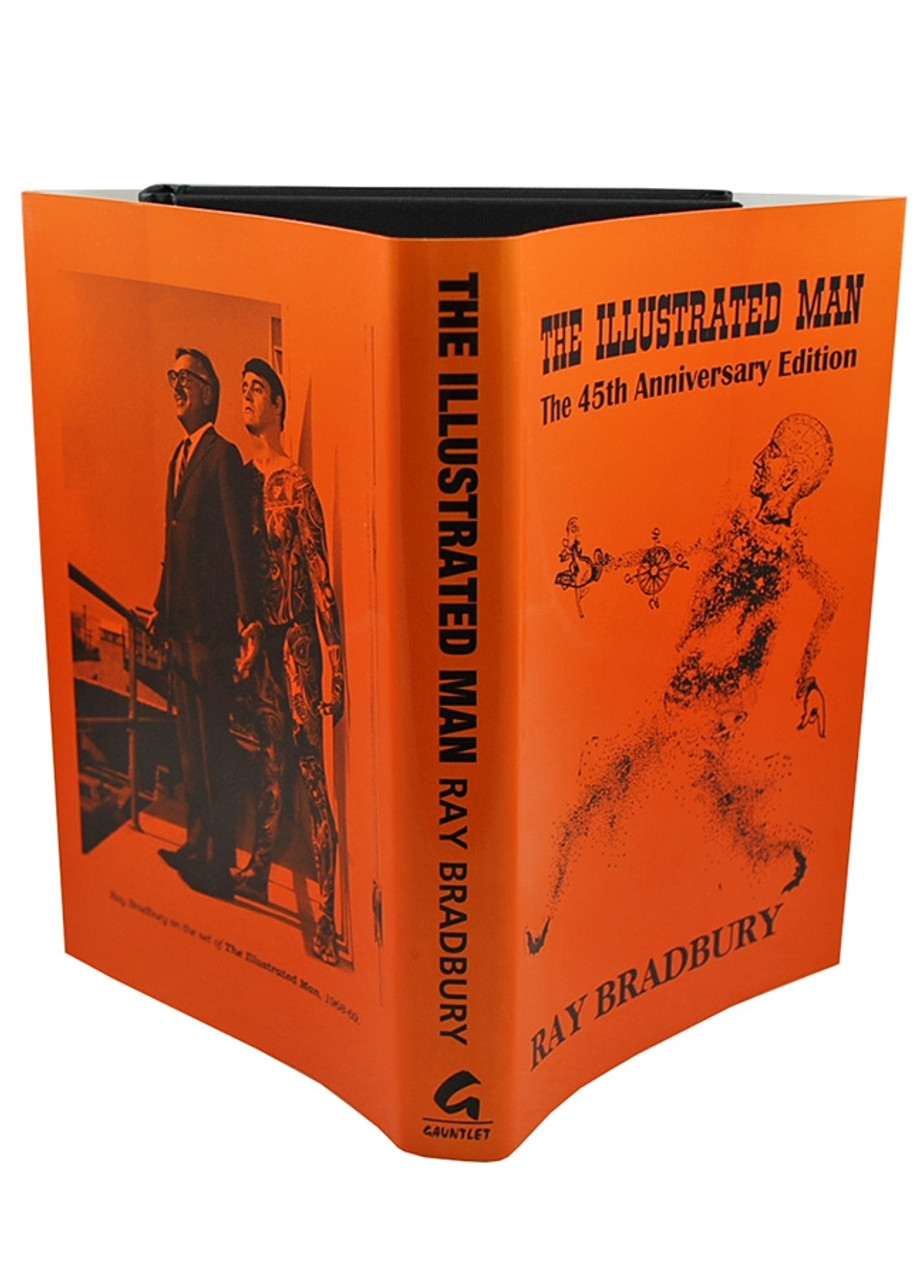 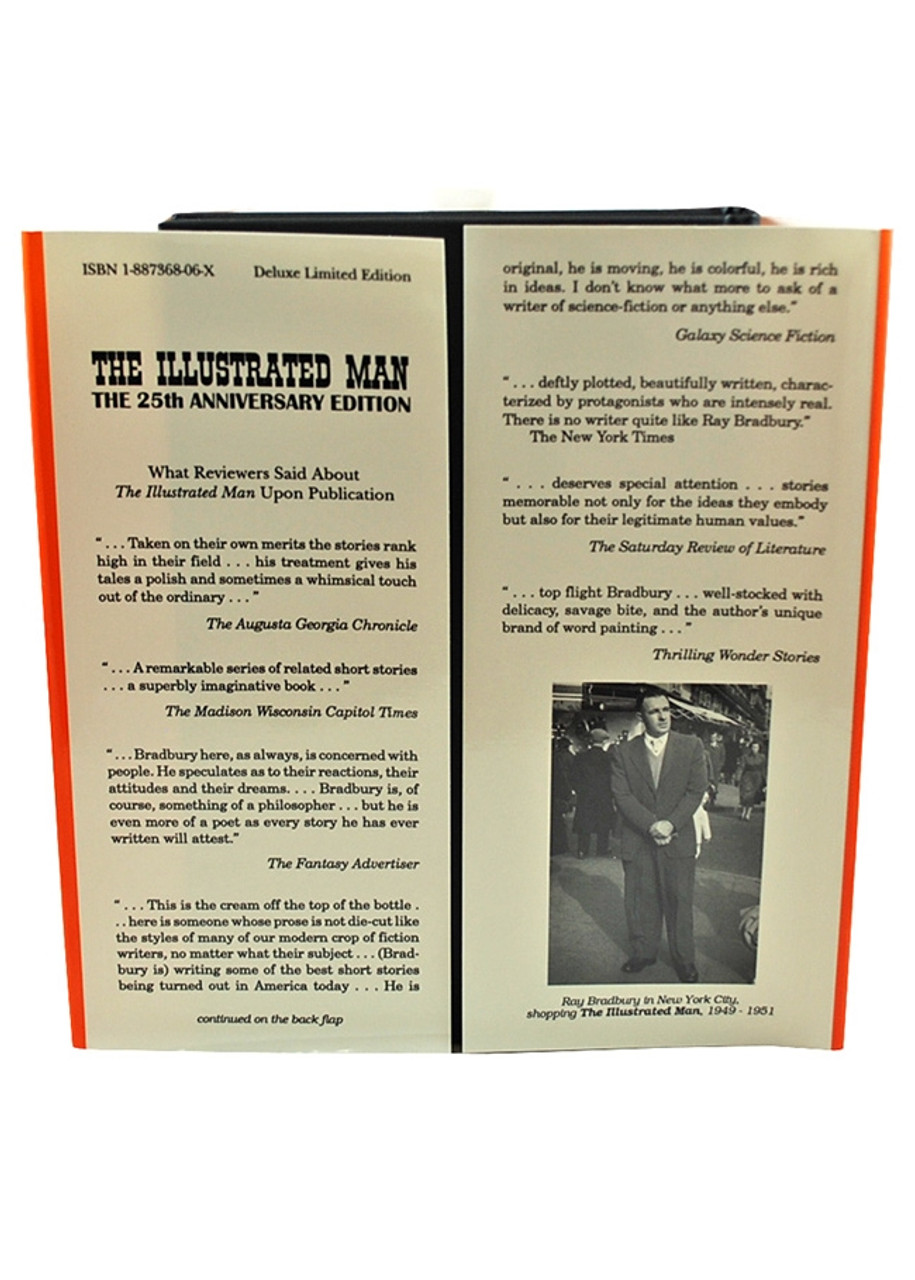 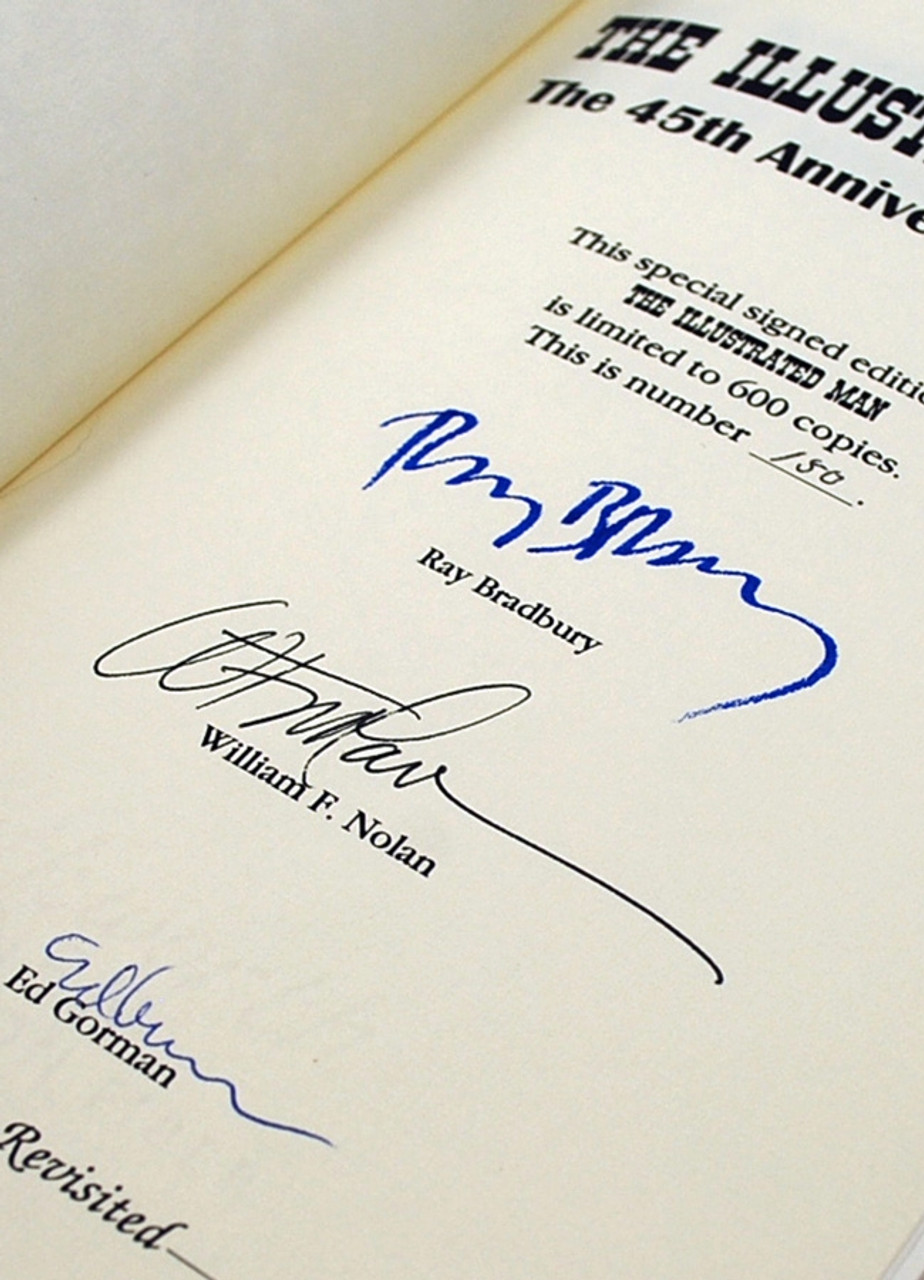 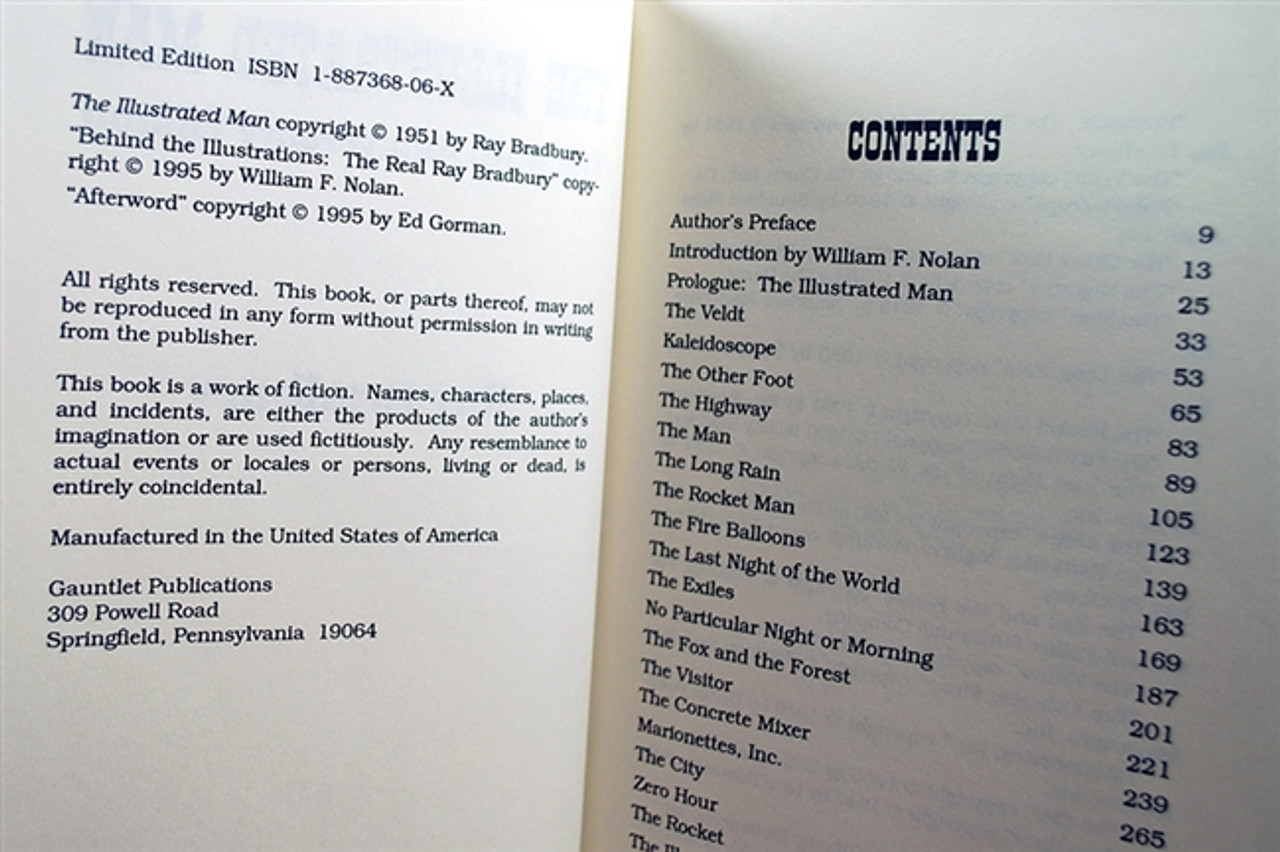 Signed and numbered limited edition, No. 192 of only 250 signed copies. Glossy dust-jacket.

"You could hear the voices murmuring, small and muted, from the crowds that inhabited his body."

A peerless American storyteller, Ray Bradbury brings wonders alive. The Illustrated Man is classic Bradbury -- eighteen startling visions of humankind's destiny, unfolding across a canvas of decorated skin. In this phantasmagoric sideshow, living cities take their vengeance, technology awakens the most primal natural instincts, Martian invasions are foiled by the good life and the glad hand, and dreams are carried aloft in junkyard rockets. Provocative and powerful, Ray Bradbury's The Illustrated Man is a kaleidoscopic blending of magic, imagination, and truth -- as exhilarating as interplanetary travel, as maddening as a walk in a million-year rain, and as comforting as simple, familiar rituals on the last night of the world. One of the essential classics of speculative fiction, from the author of The Martian Chronicles, Dandelion Wine, and The October Country.

This edition is one of the Gauntlet "Classics Revisited" series, in which the authors themselves play a major role in the dust jacket design. In addition to illustrating the dust jacket, Bradbury help crafted the overall look of the book and wrote the introduction. This special edition also has rare photo of a young Ray Bradbury on back cover. Three stories from this book were the basis for the major motion picture "The Illustrated Man" (1969) starring Rod Steiger.

"Scientific fiction enclosed in a frame -- wanderer meets a tattooed man whose images foretell the future, leaving a space to preview the destiny of the viewer. Here is an open circuit on ideas, which range from religion, to racial questions, to the atom bomb, rocket travel (of course), literature, escape to the past, dreams and hypnotism, children and their selfish and impersonal acceptance of immediate concepts, robots, etc. Note that here the emphasis is on fiction instead of science, and that the stories -- in spite of space and futurities -- have some validity, even if the derivations can be traced. Sample The Veldt, or This Man, or Fire Balloons, or The Last Night In the World for the really special qualities. A book which is not limited by its special field." -- Kirkus Review

"Bradbury is an authentic original." -- Time

"Ray Bradbury has accomplished what very few artists do. With his visions of possible futures and edgy presents . . . he has changed us." -- The Boston Globe

"His stories and novels are part of the American language." -- The Washington Post

"Deftly plotted, beautifully written, characterized by protagonists who are intensely real...there is no writer quite like Ray Bradbury." -- The New York Times

"A master... Bradbury has a style all his own, much imitated but never matched." -- Portland Oregonian

Numbered signed limited edition, No. 150 of 600, in slipcase.
VERY FINE GUARANTEED. A wonderful bright clean copy free of any markings, writings, or stamps. Sharp corners that have not been bumped. Unread book with square and tight binding. No bookplates attached or indication of any removed. Edges are free of any marks, spots, scratches, or blemishes.

This edition was limited to only 26 lettered copies. This is lettered "C", personally signed by both the author Anne Rivers Siddons and also Stephen King, who wrote the introduction.Olde New York...