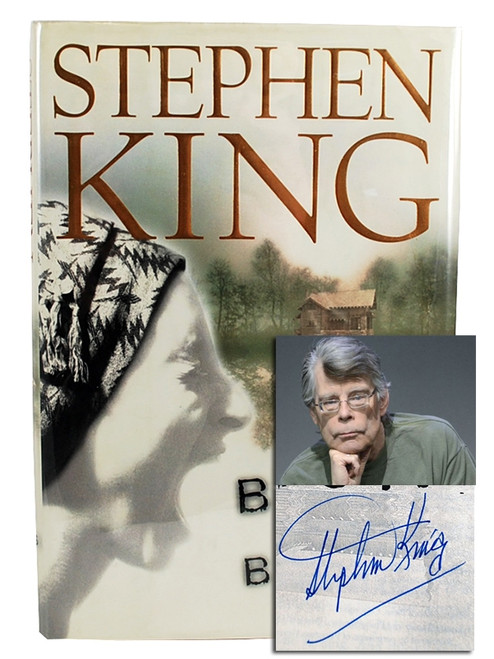 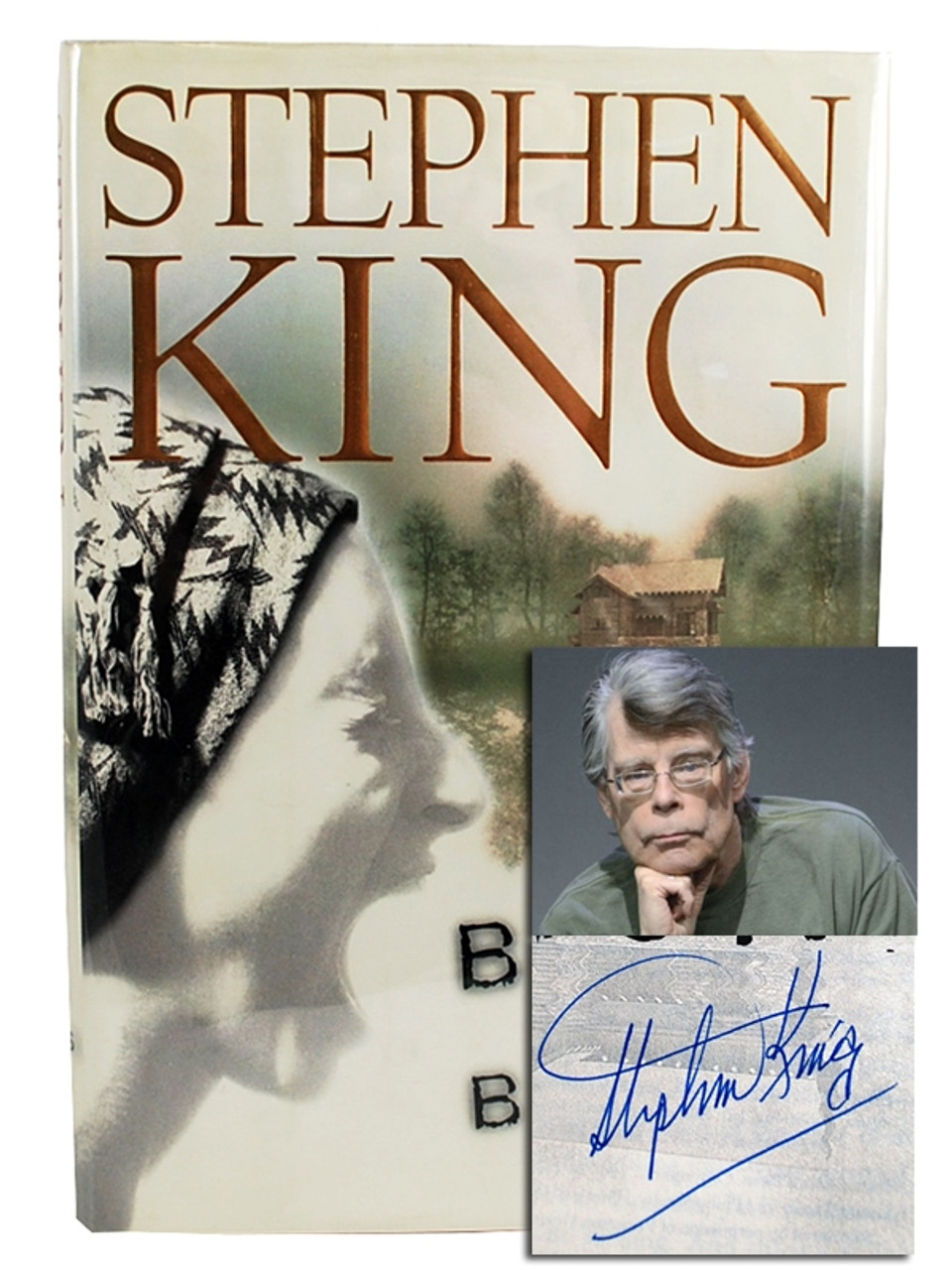 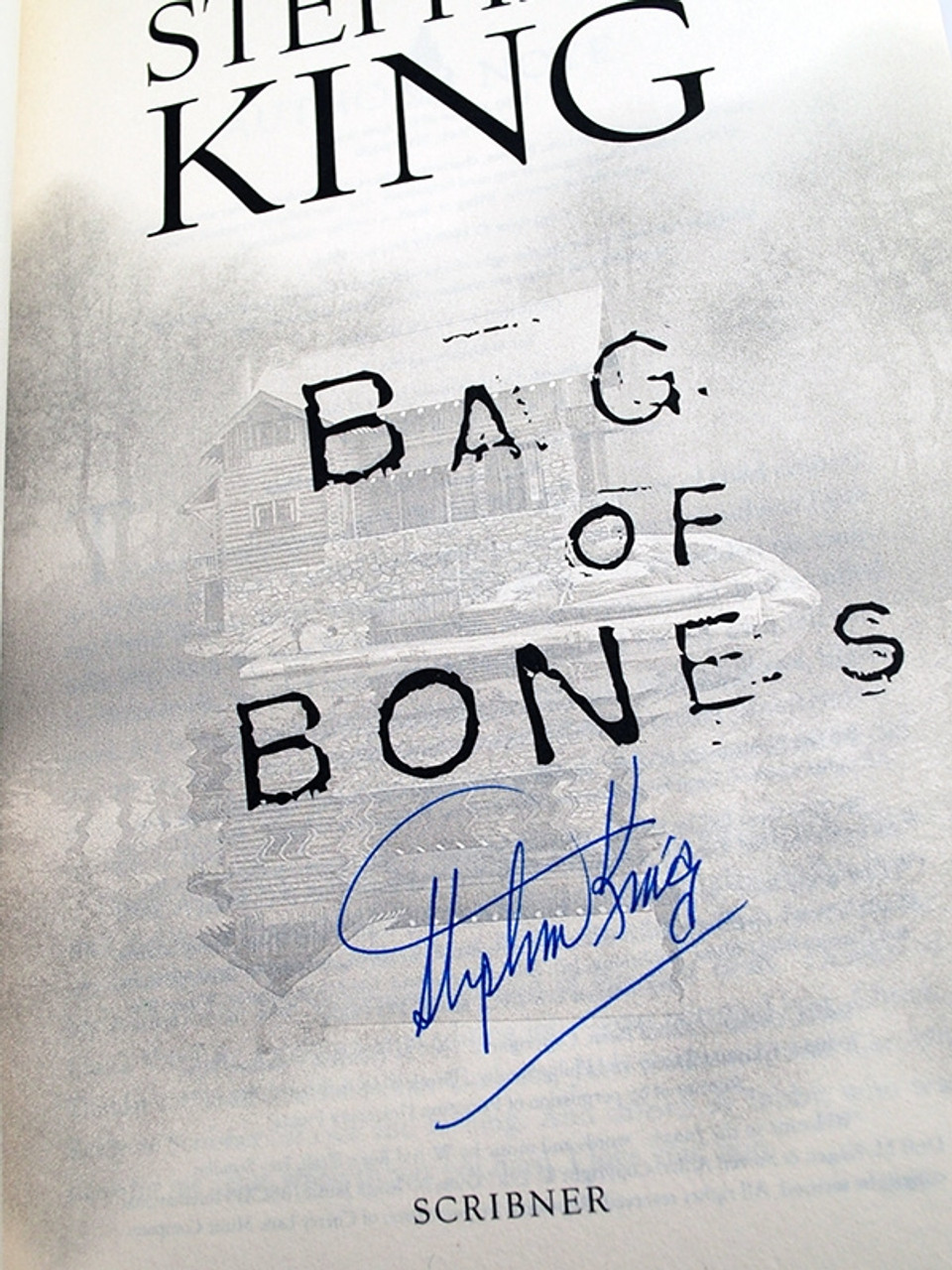 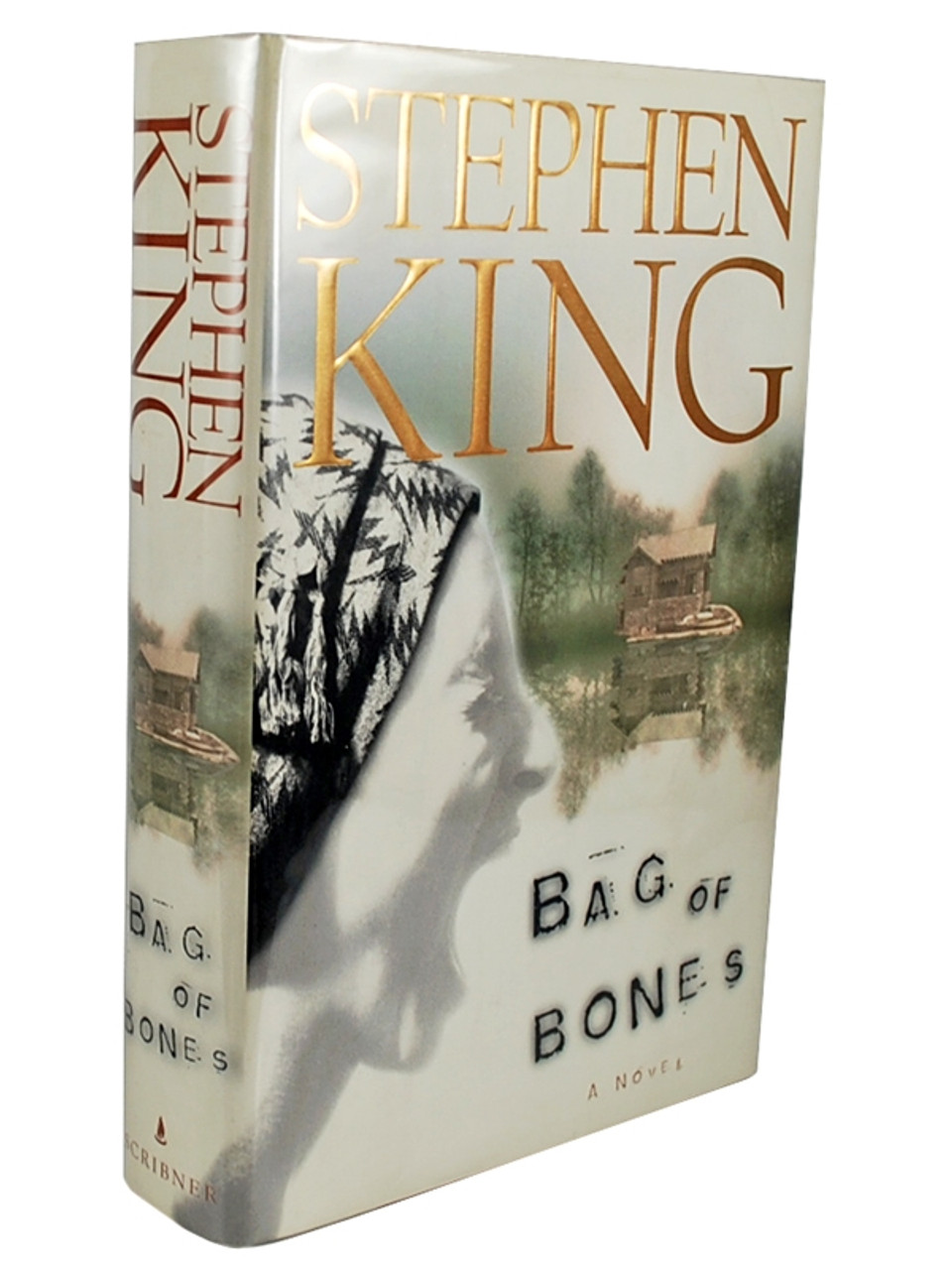 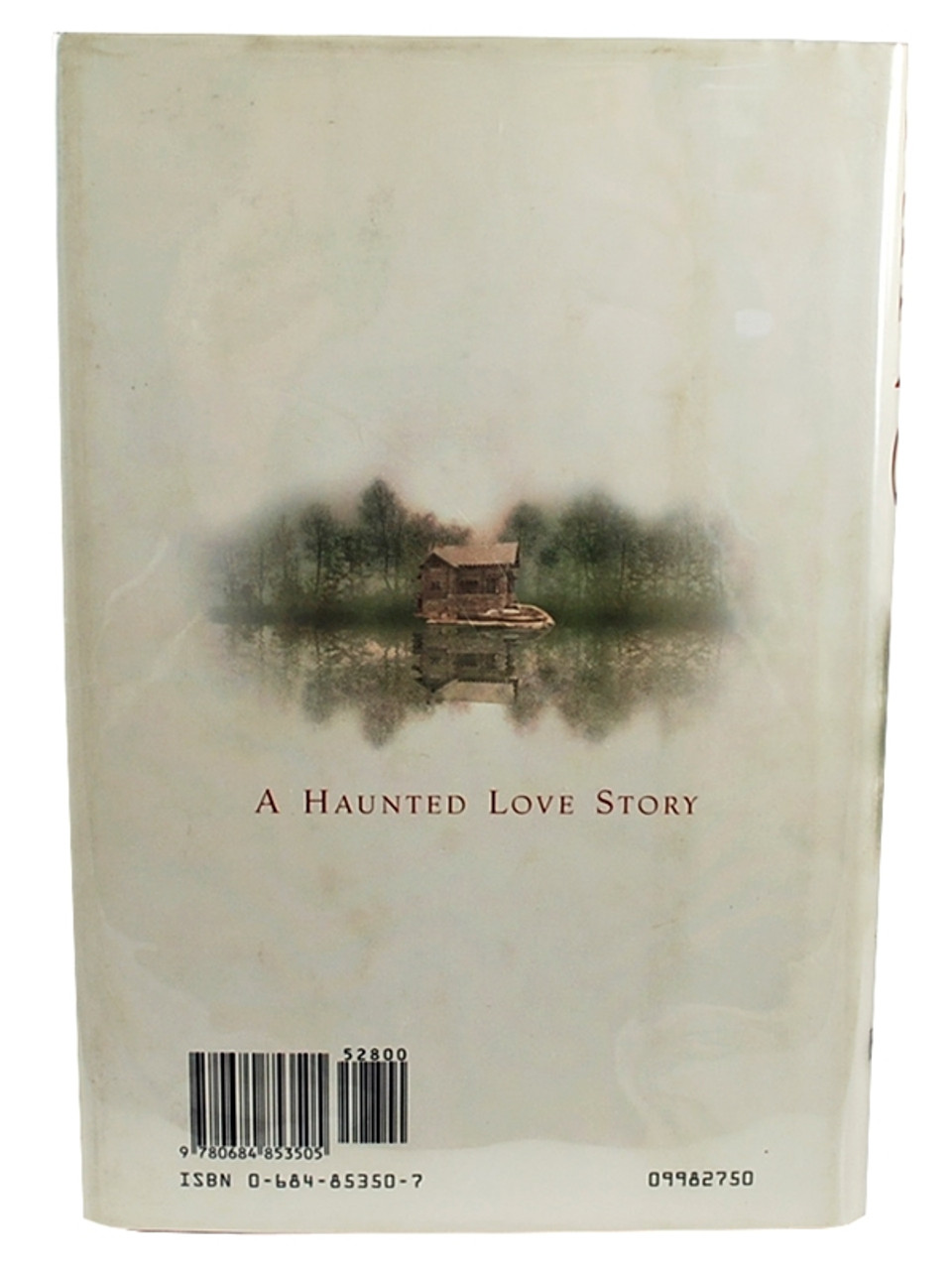 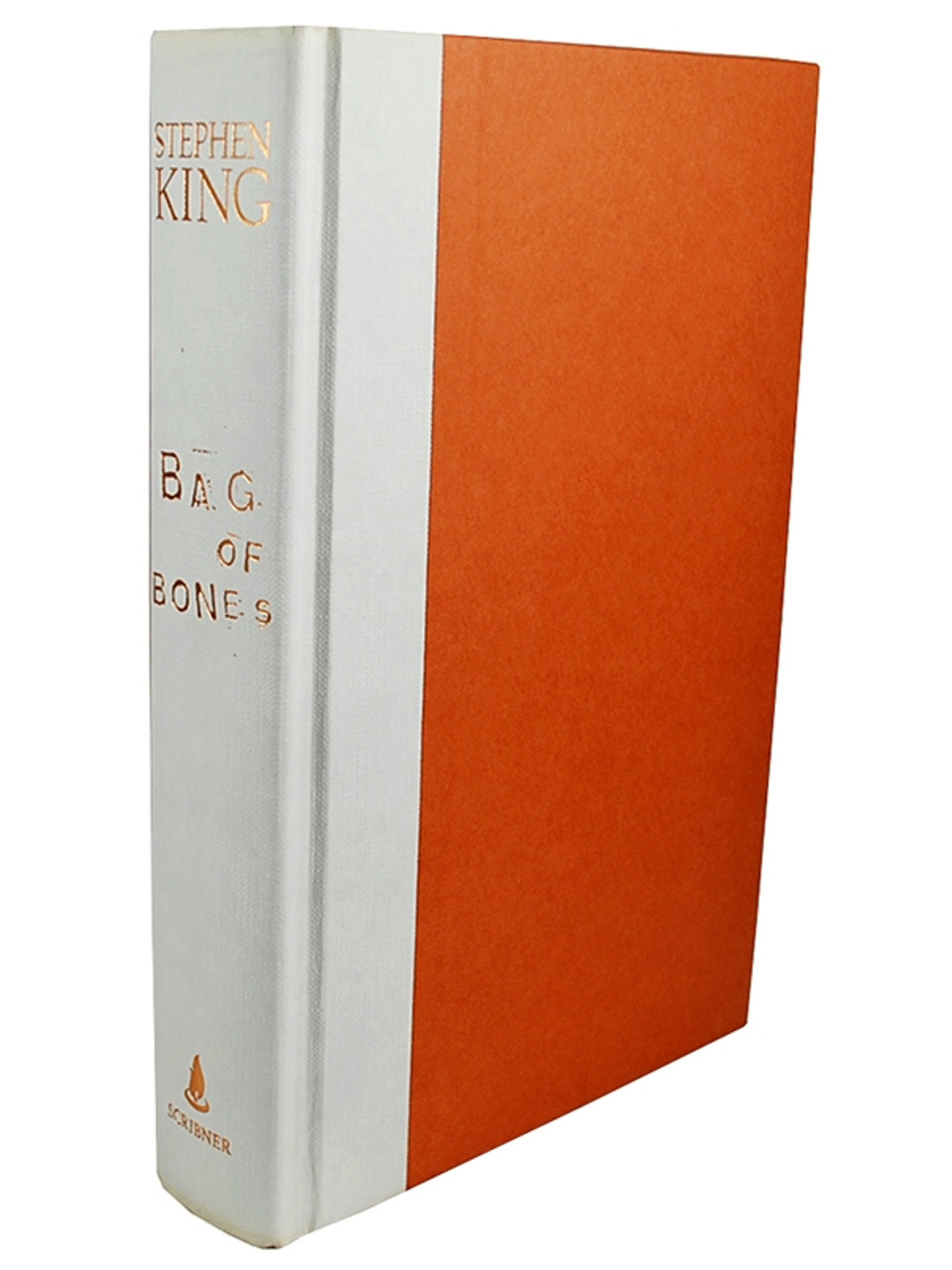 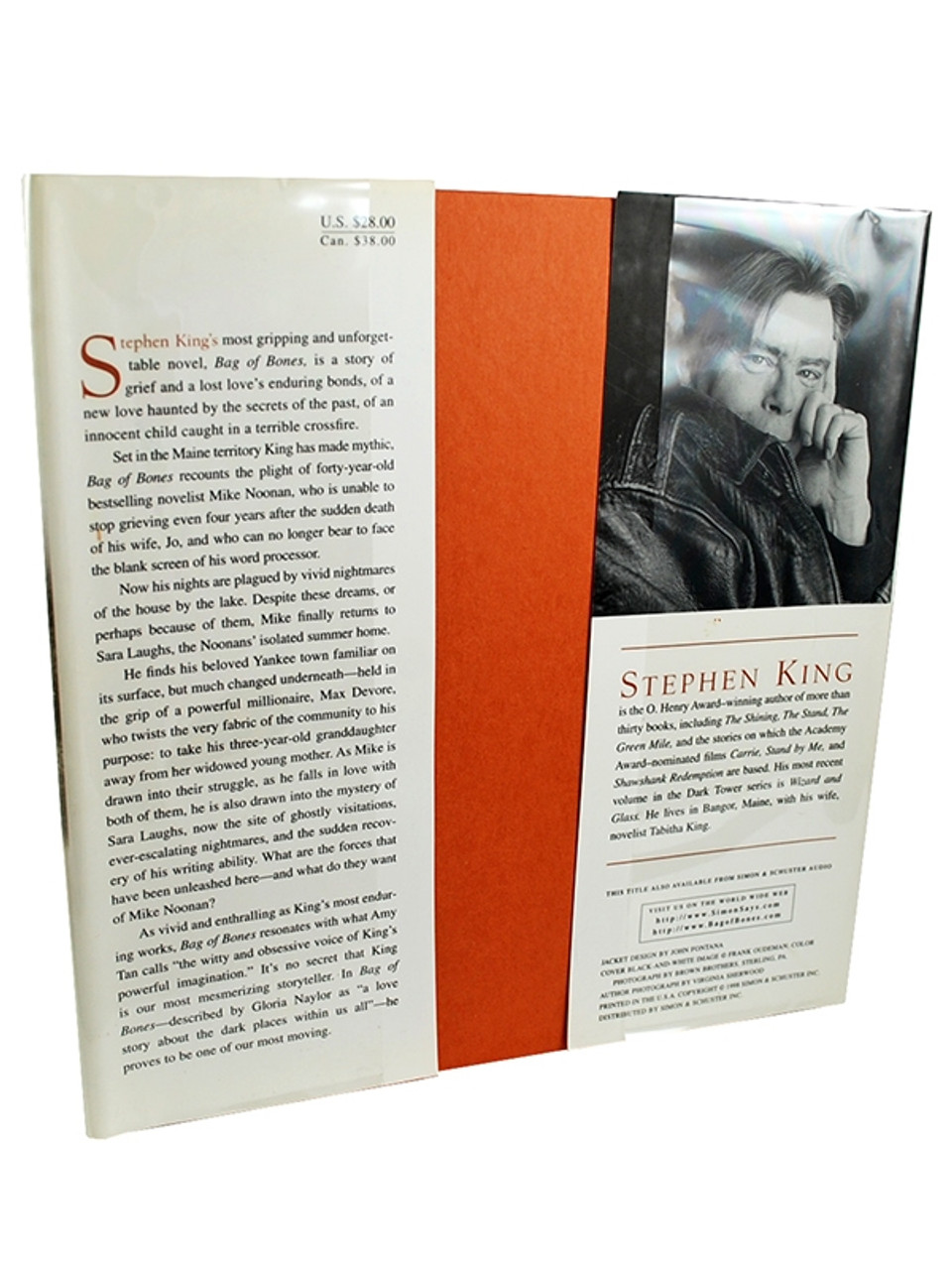 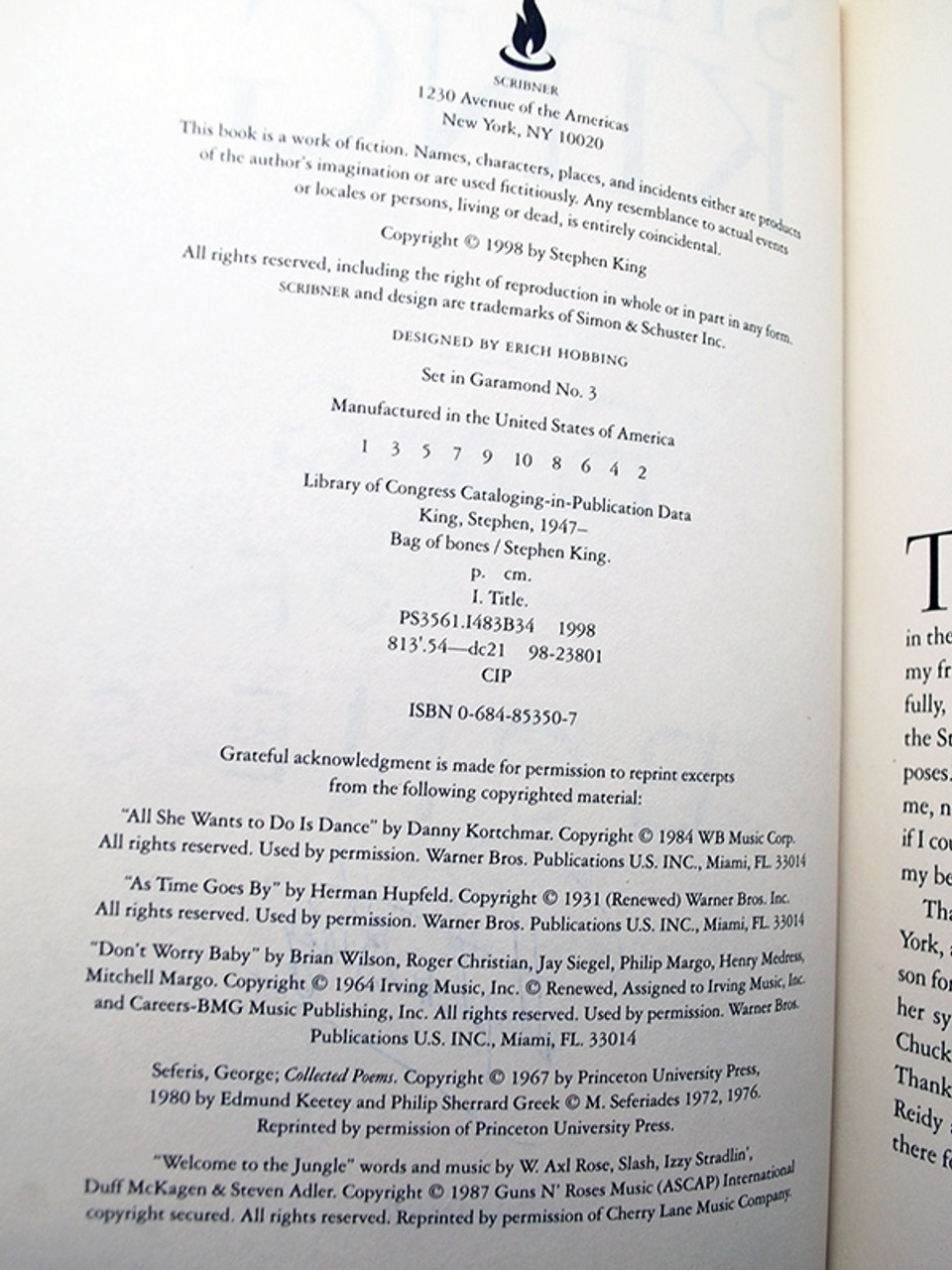 Bag of Bones is partly inspired by Daphne du Maurier's classic Rebecca, but there's more than homage in this novel of horror and romance. Like du Maurier's Manderley, King's scary old place (on the shore of Maine's remote Dark Score Lake) is haunted by the late lady of the manor. There are many gory ghosts afoot, though: men, women, and wailing kids. The hero, a thriller novelist, stirs up hell's plenty of angry shades while investigating his wife's death. It turns out she either had a dark secret herself or was onto some dread scandal lurking in Dark Score Lake. As in King's previous book, Wizard and Glass, the fabric of reality is thin, and nosy narrators are in peril of plunging right out of this world and into a rather hostile other world.

Bag of Bones is a writer-haunted book, too.

The spirits of Herman Melville and Ray Bradbury are deeply felt, and so are the tale's two romances (the hero muses on his marriage and falls for a young single mom with a marvelous, psychic daughter). There is also good-humored satire of the real bestseller book world--the hero complains that "the publicity process is like going to a sushi bar where you're the sushi." In its deep concerns with love, sprawling families, the writer's life, endangered children, and good old-fashioned storytelling, the book resembles a John Irving novel. It is also absolutely classic Stephen King, packed with nifty turns of phrase, irreverent wit, and lurid ghouls who grab you from beneath the bed while you cower under the covers.

More on Bag of Bones

Here is Stephen King's most gripping and unforgettable novel -- a tale of grief and lost love's enduring bonds, of haunting secrets of the past, and of an innocent child caught in a terrible crossfire.

Four years after the sudden death of his wife, forty-year-old bestselling novelist Mike Noonan is still grieving. Unable to write, and plagued by vivid nightmares set at the western Maine summerhouse he calls Sara Laughs, Mike reluctantly returns to the lakeside getaway. There, he finds his beloved Yankee town held in the grip of a powerful millionaire, Max Devore, whose vindictive purpose is to take his three-year-old granddaughter, Kyra, away from her widowed young mother, Mattie. As Mike is drawn into Mattie and Kyra's struggle, as he falls in love with both of them, he is also drawn into the mystery of Sara Laughs, now the site of ghostly visitations and escalating terrors. What are the forces that have been unleashed here -- and what do they want of Mike Noonan?