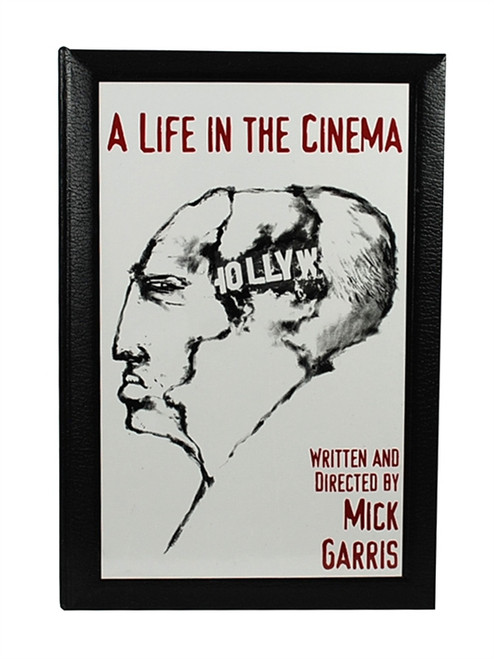 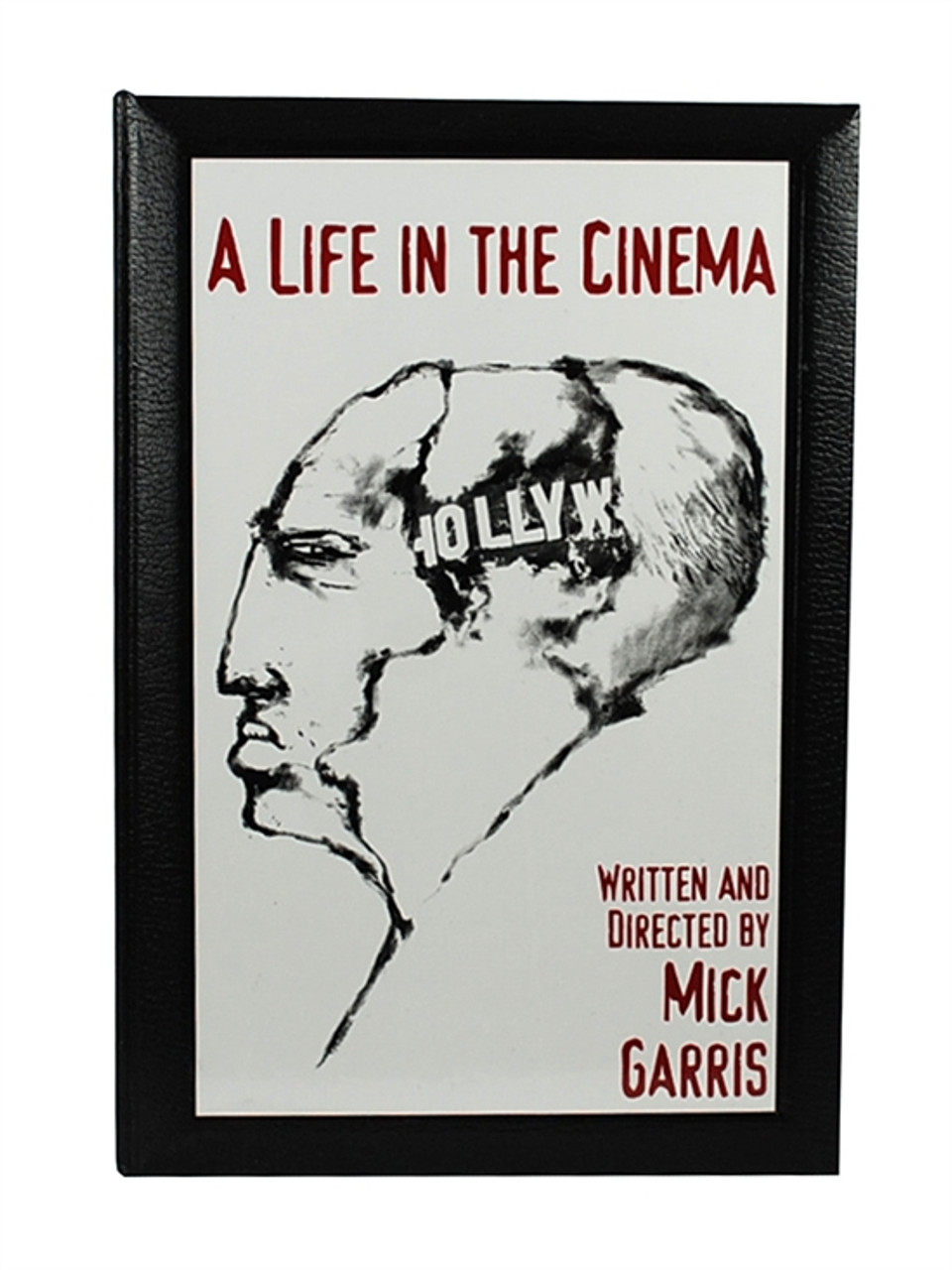 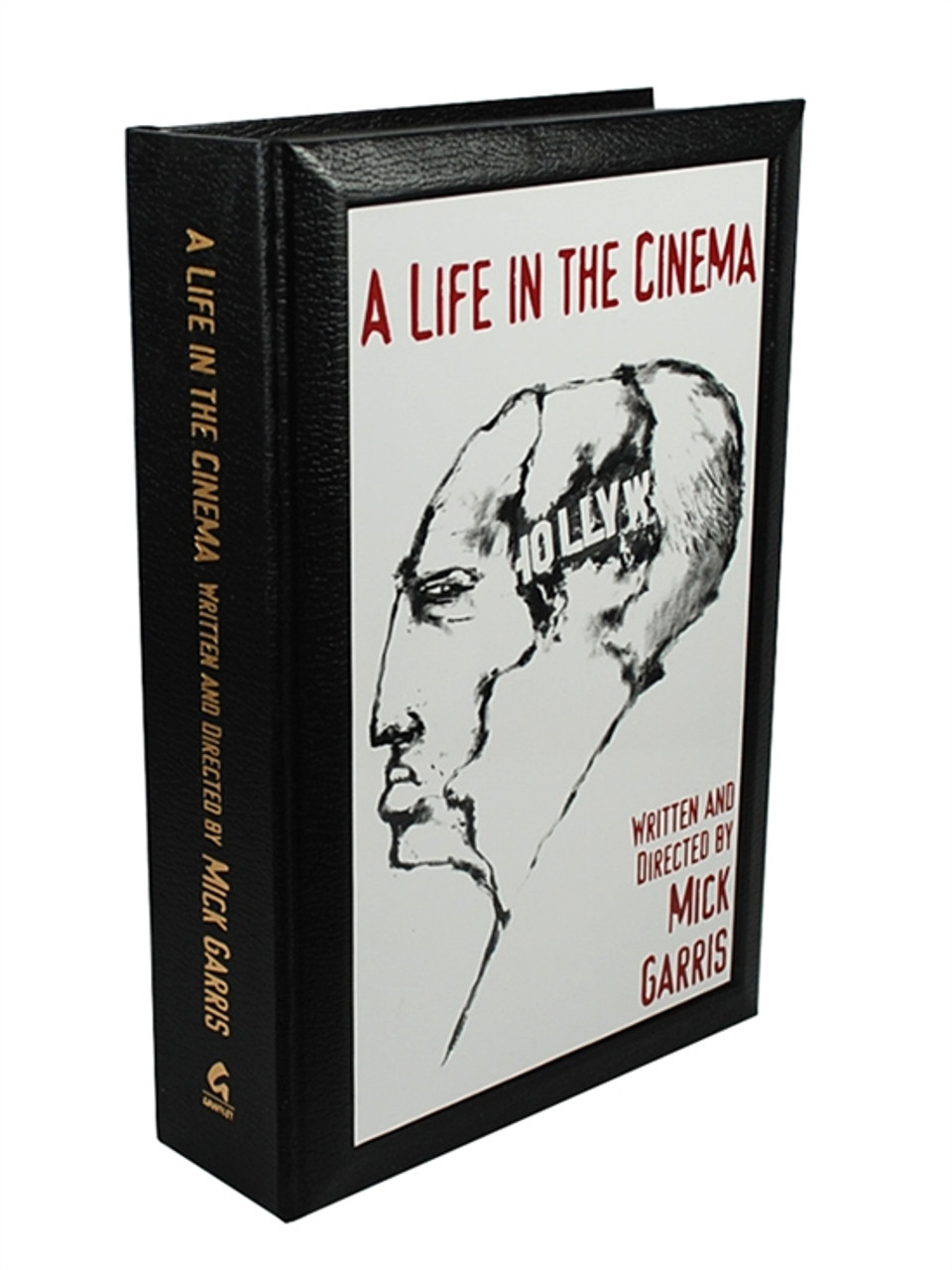 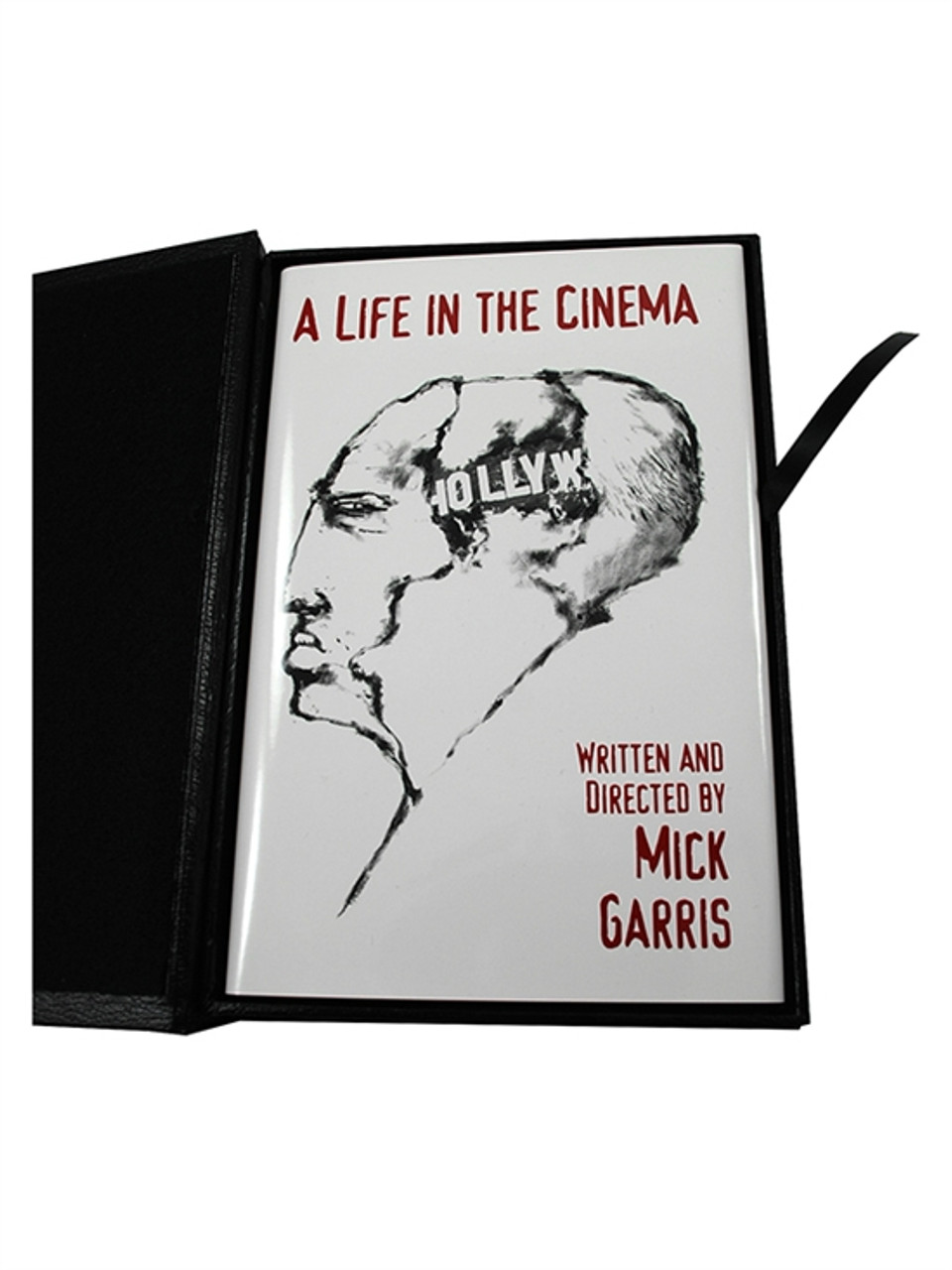 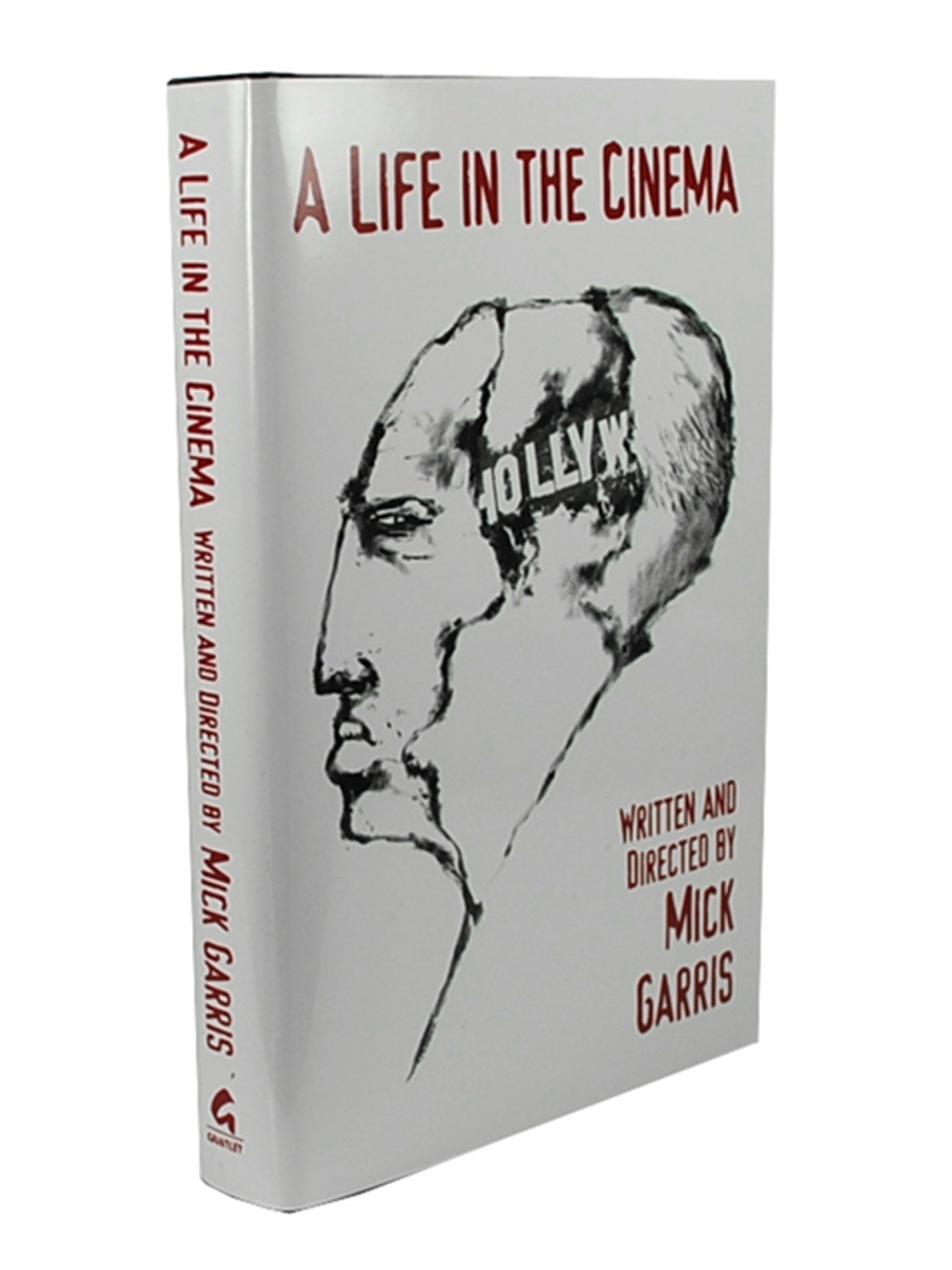 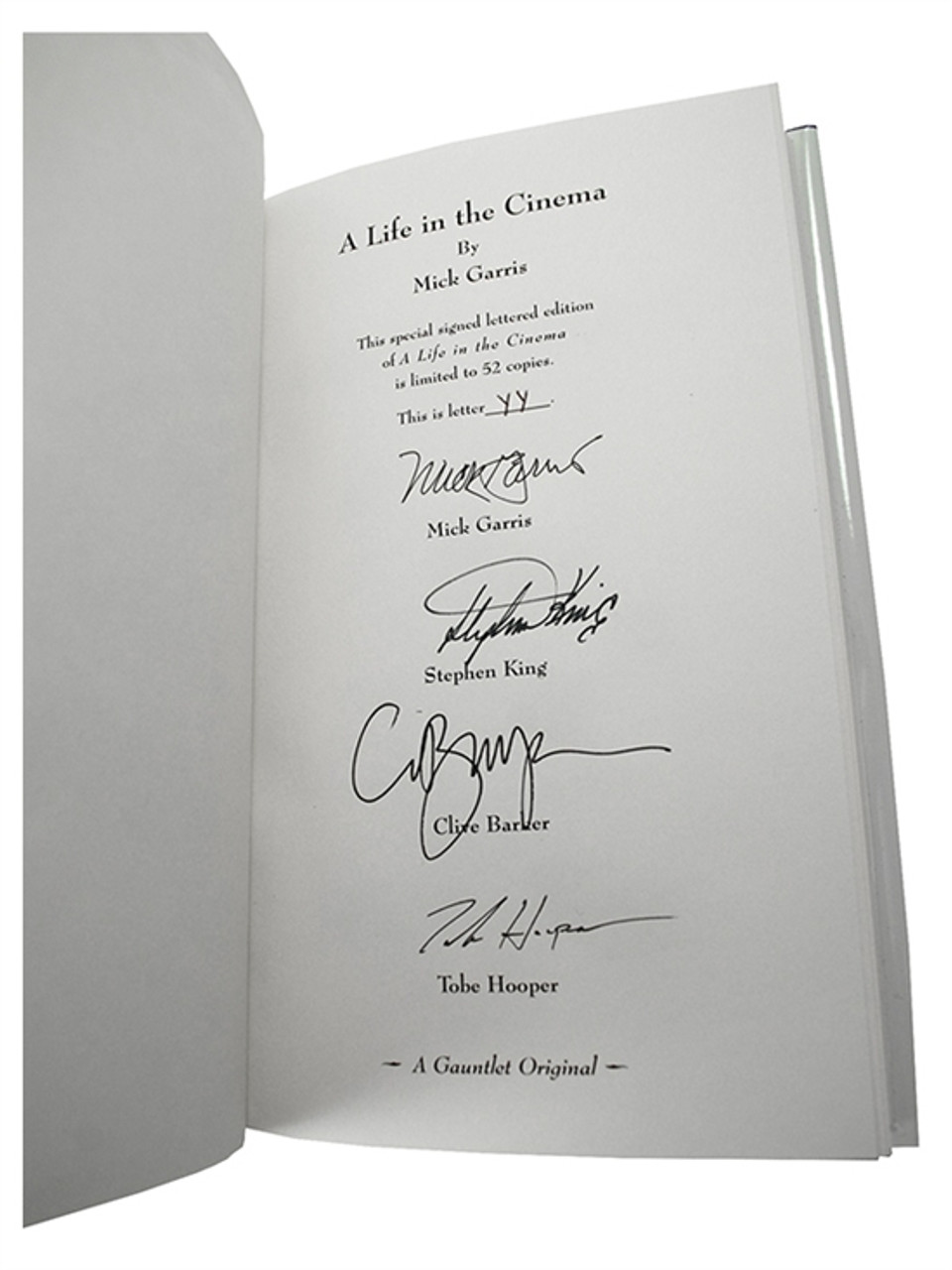 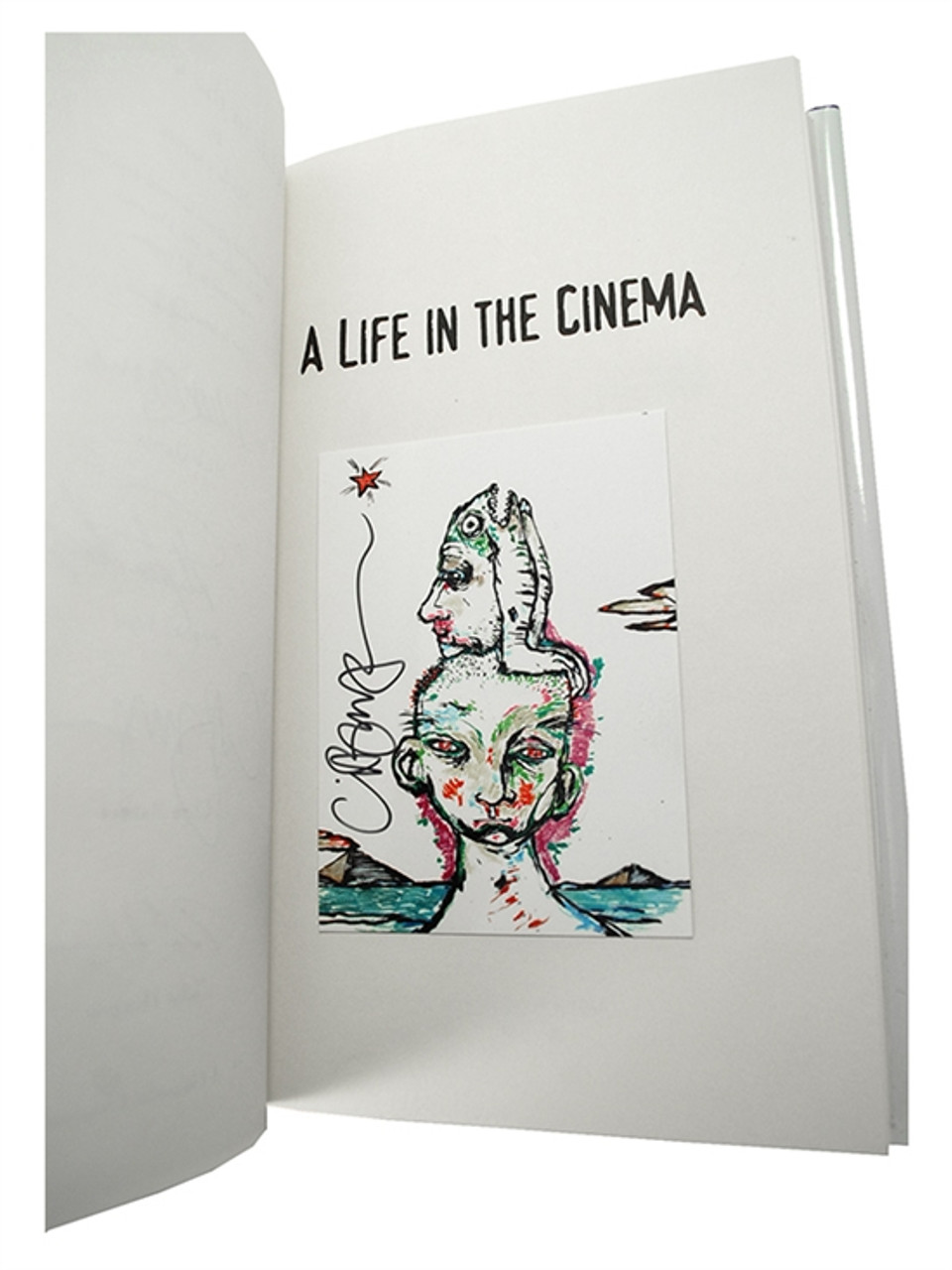 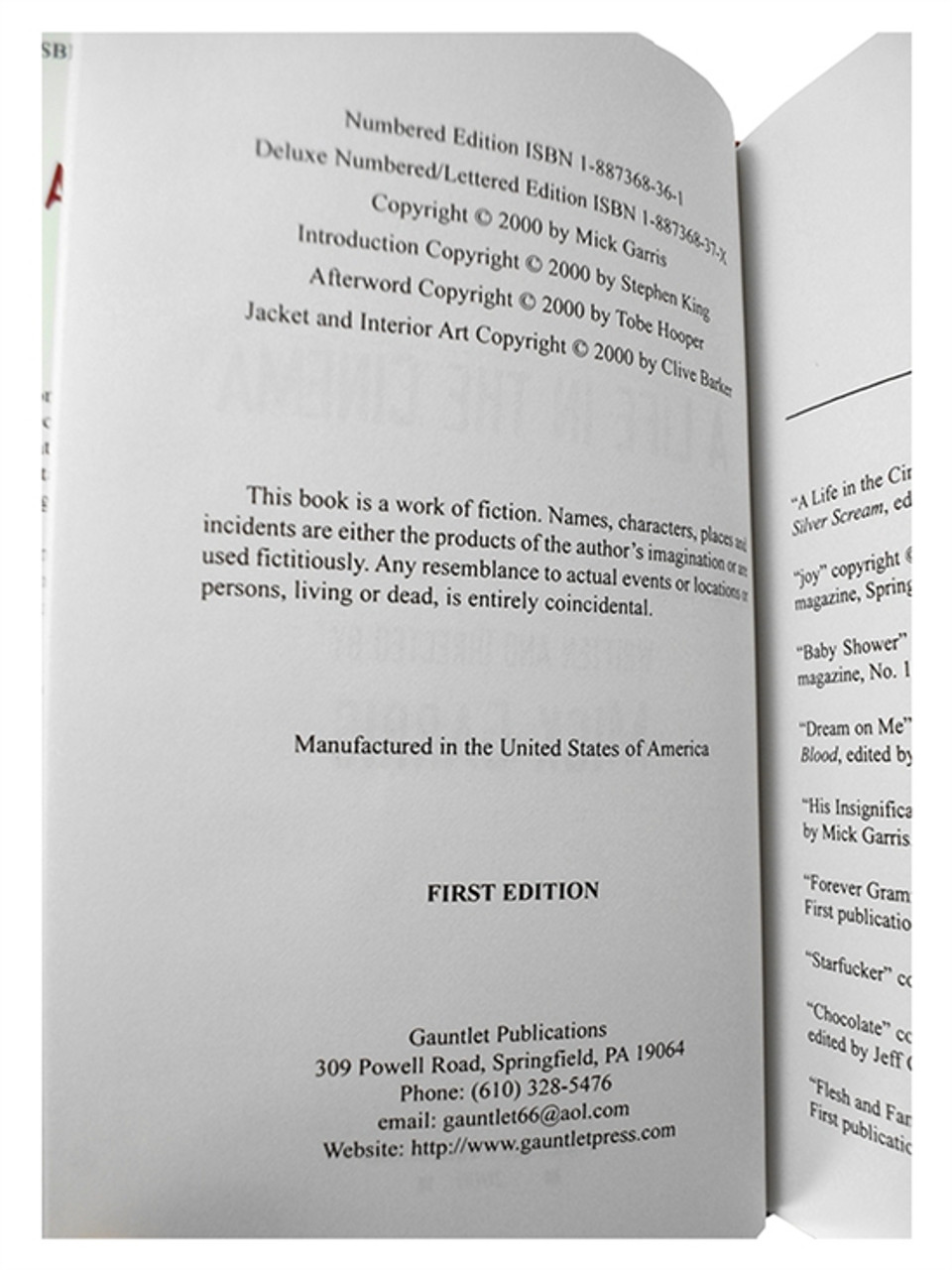 "A Life in the Cinema". Signed Limited Lettered "XX". One of only 52 leather-bound tray-cased Lettered Editions.

A rare collector's edition in superior condition. As New in As new tray case. Includes a special full color book plate of a limited original Clive Barker artwork painting mounted on the interior and four concept sketches for the cover by Clive Barker. Also includes a CD of two stories written and directed by Mick Garris and read by Steven Weber and Matt Frewer.

This lettered edition has the cover art inset into the tray case itself. Introduction by Stephen King. Afterword by Tobe Hooper, Jacket and Interior Art by Clive Barker. Gauntlet Press copyright 2001. A unique production.

About "Life in the Cinema"

A LIFE IN THE CINEMA is the first book from award-winning filmmaker Mick Garris. It is a collection of eight prickly tales and a screenplay that reach under the skin of real life and reel life to take you places you never realized you wanted to go. The title story, "A Life in the Cinema" and its sequel, "Starfucker", are set in the author's hometown of Hollywood, and provide a yellow-jaundiced look at a world you only thought was glamorous.

Not all of the stories are Hollywood-based: Garris includes tales of a grandmother who is just as loving in death as she was in life, a geriatric trailer park with a randy secret, wistful and impossible love with a twist, the wrong kind of baby-love, and a deathly brush with fame. The book is capped with a screenplay by Garris, as well as "Chocolate", the story it's based on, providing, as King puts it, "a textbook seminar in the art and craft of adapting one's own work."

So welcome to a dark side of Hollywood you've never seen before . . .

As New. A wonderful bright clean copy free of any markings, writings, or stamps inside the book. Sharp corners that are not bumped. Square and tight binding. Unread book.

"A brilliant father-son story by father-son King-Hill, (Throttle) is a must read." -- DarkTower.comA Spectacular Anthology of Original, Never-Before Published Stories by Today's Best WritersOne of...