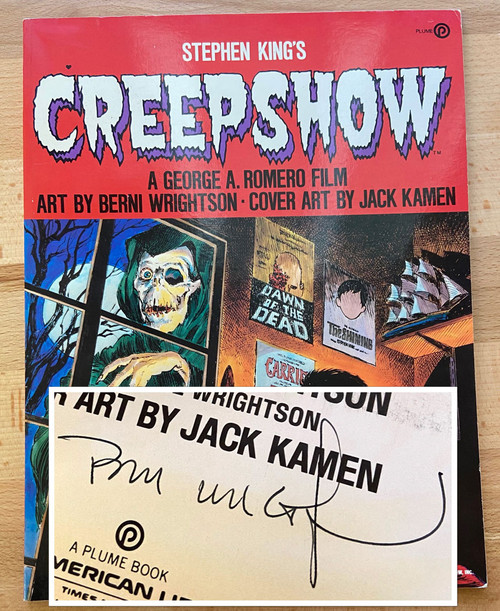 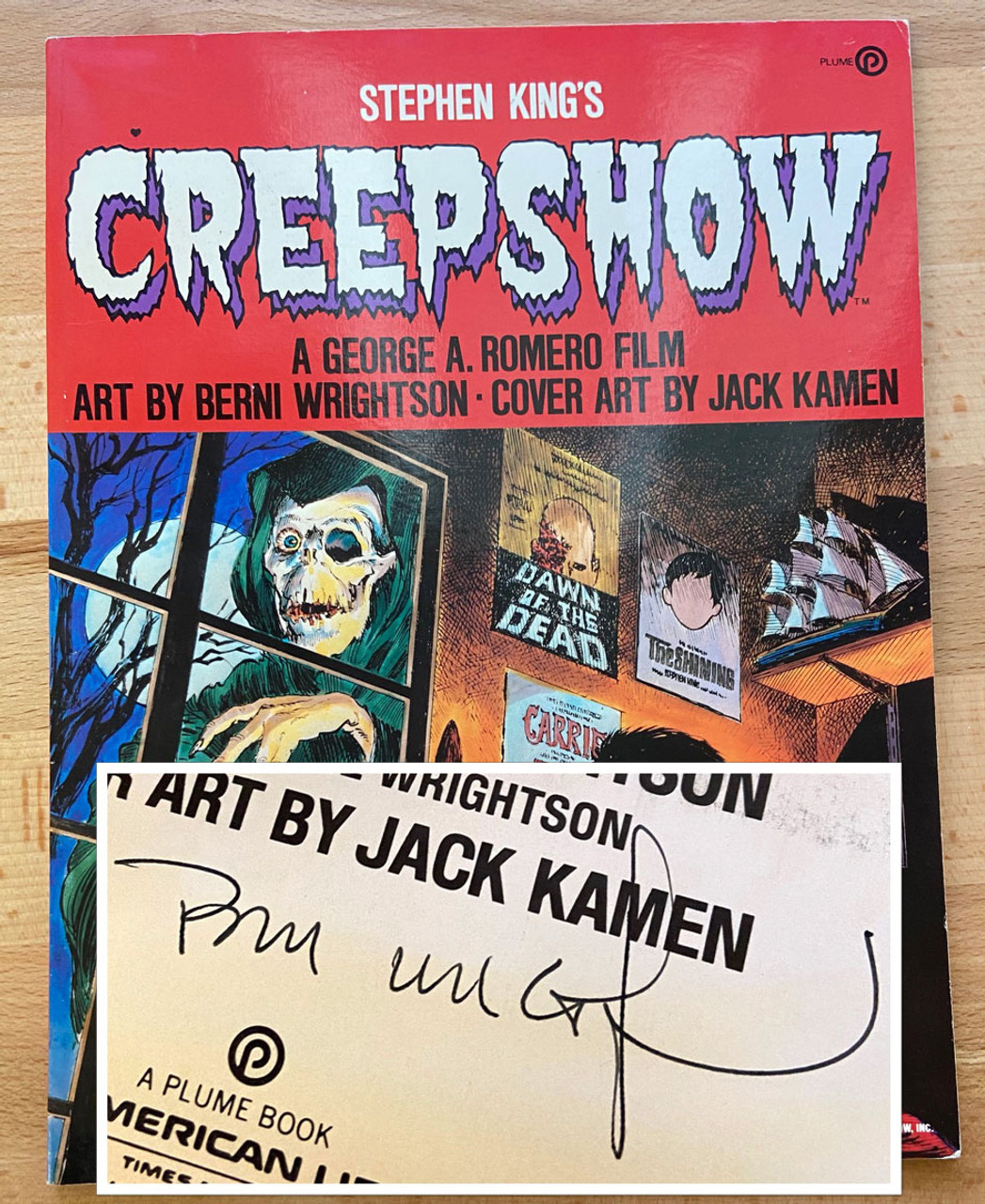 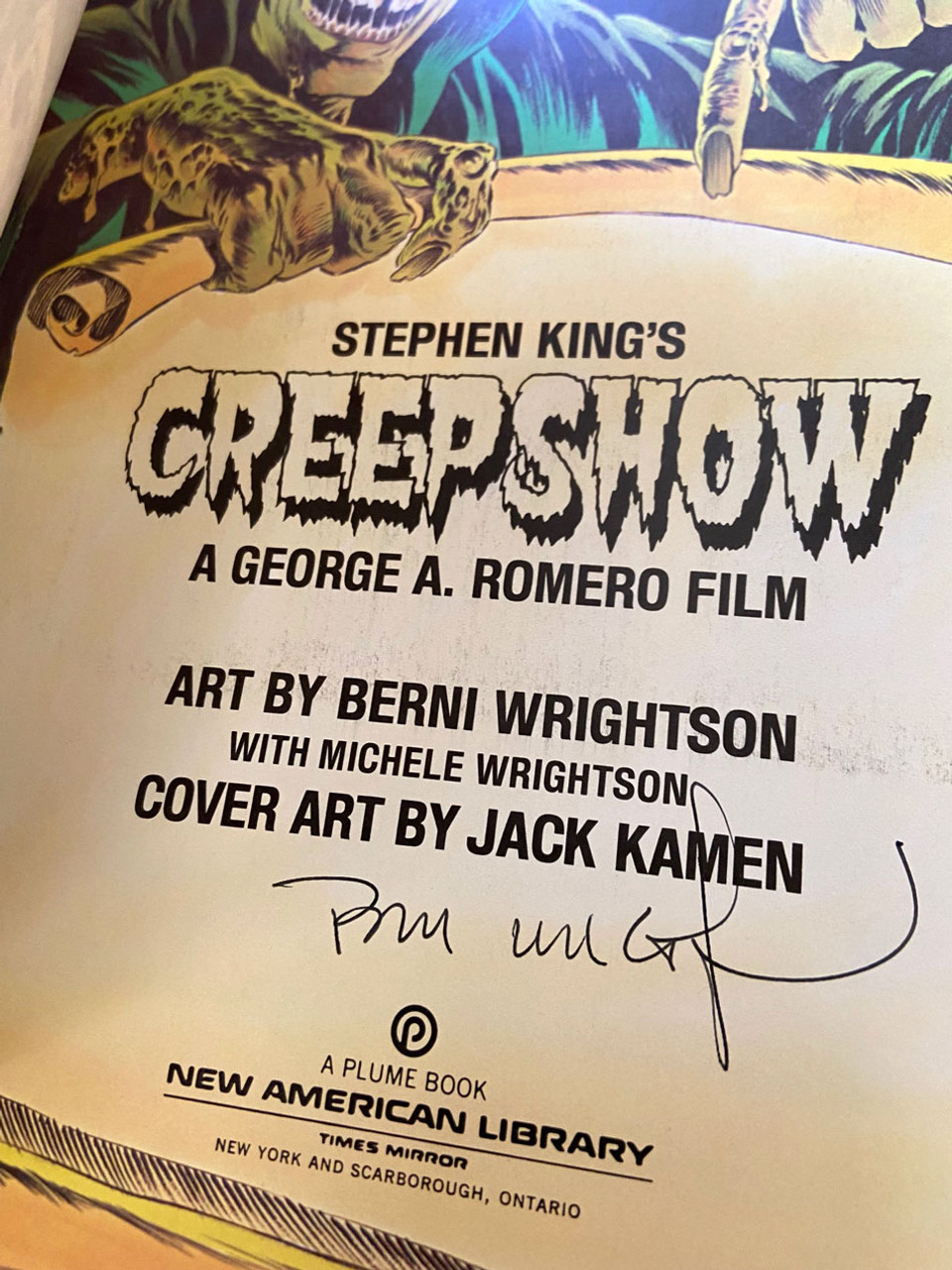 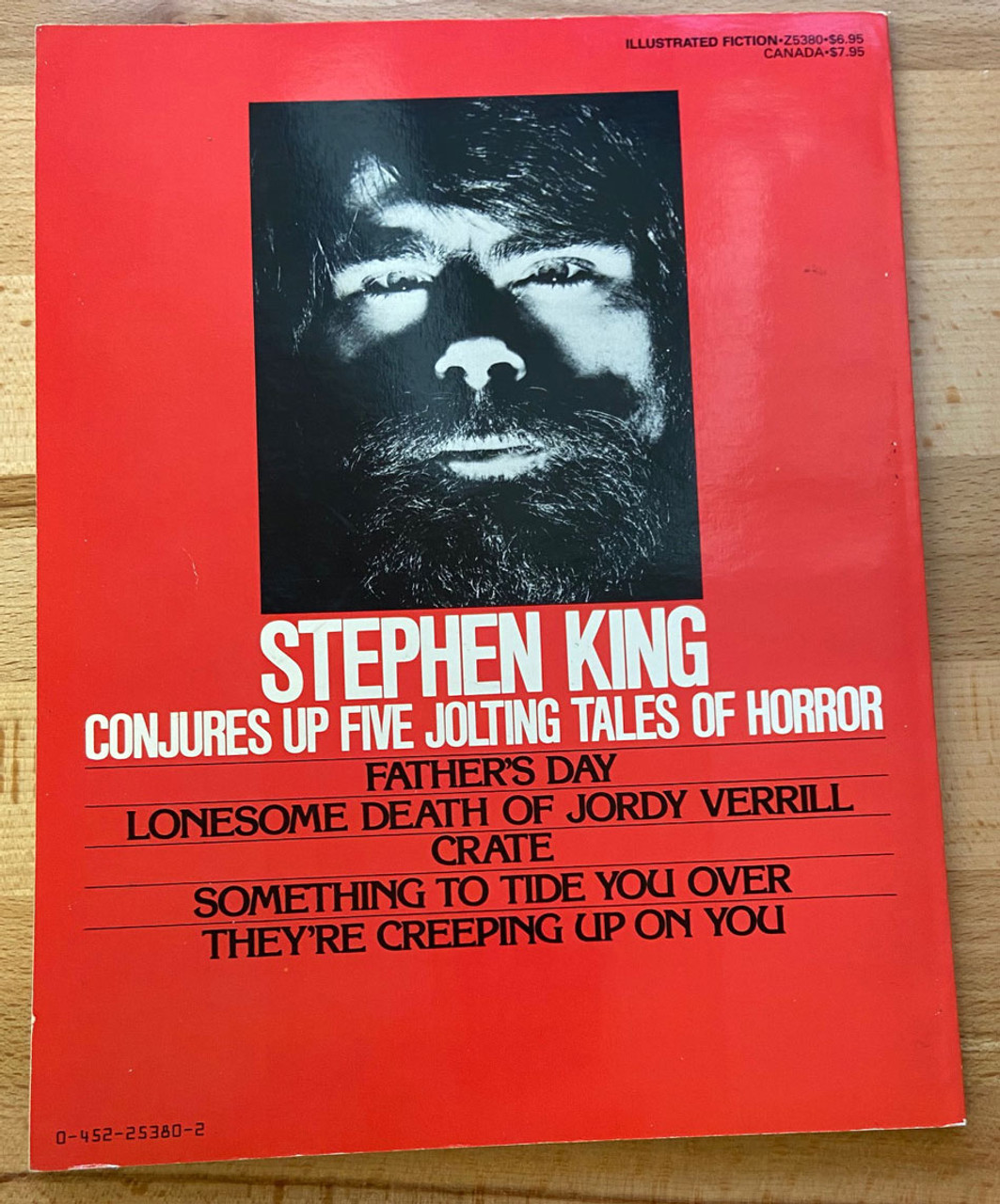 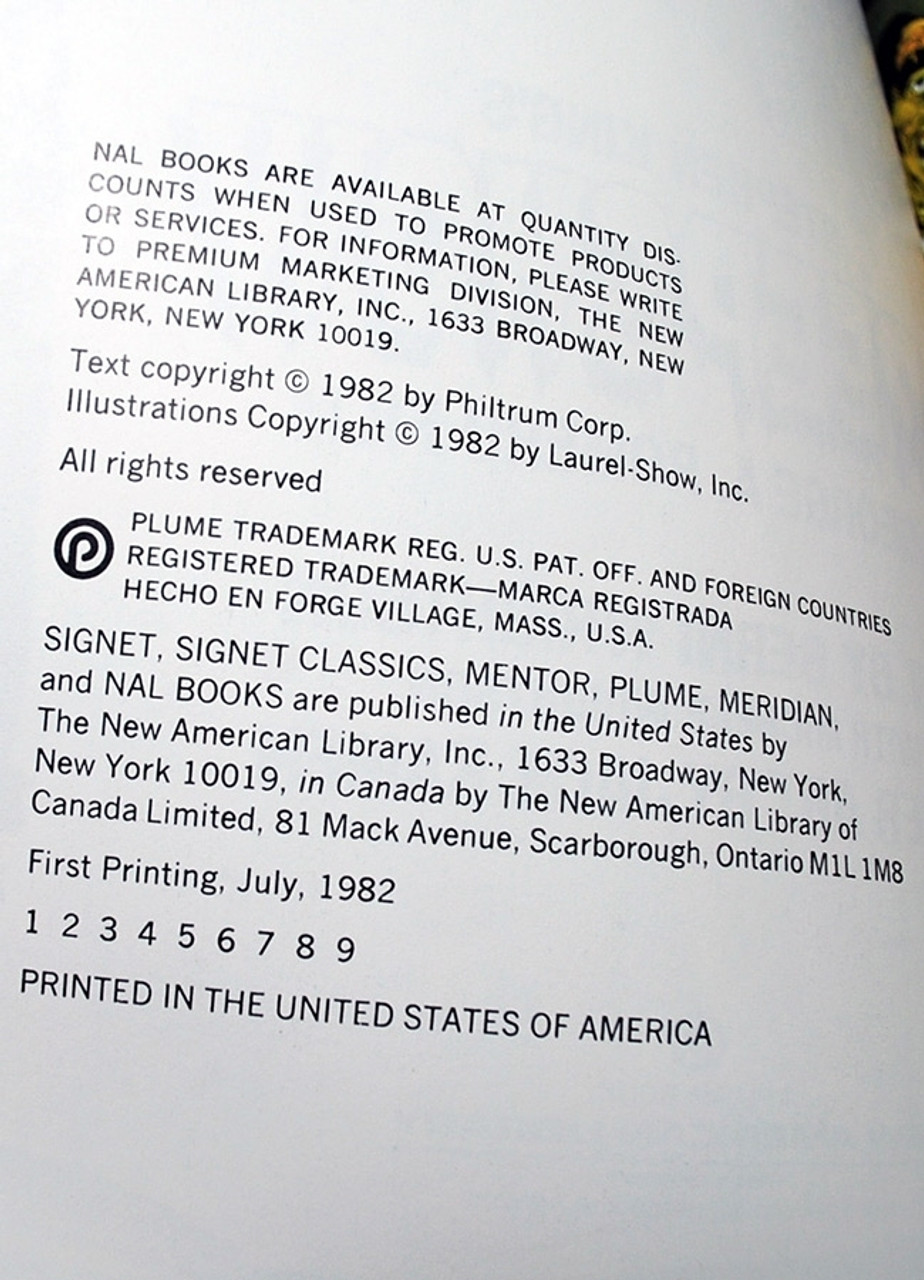 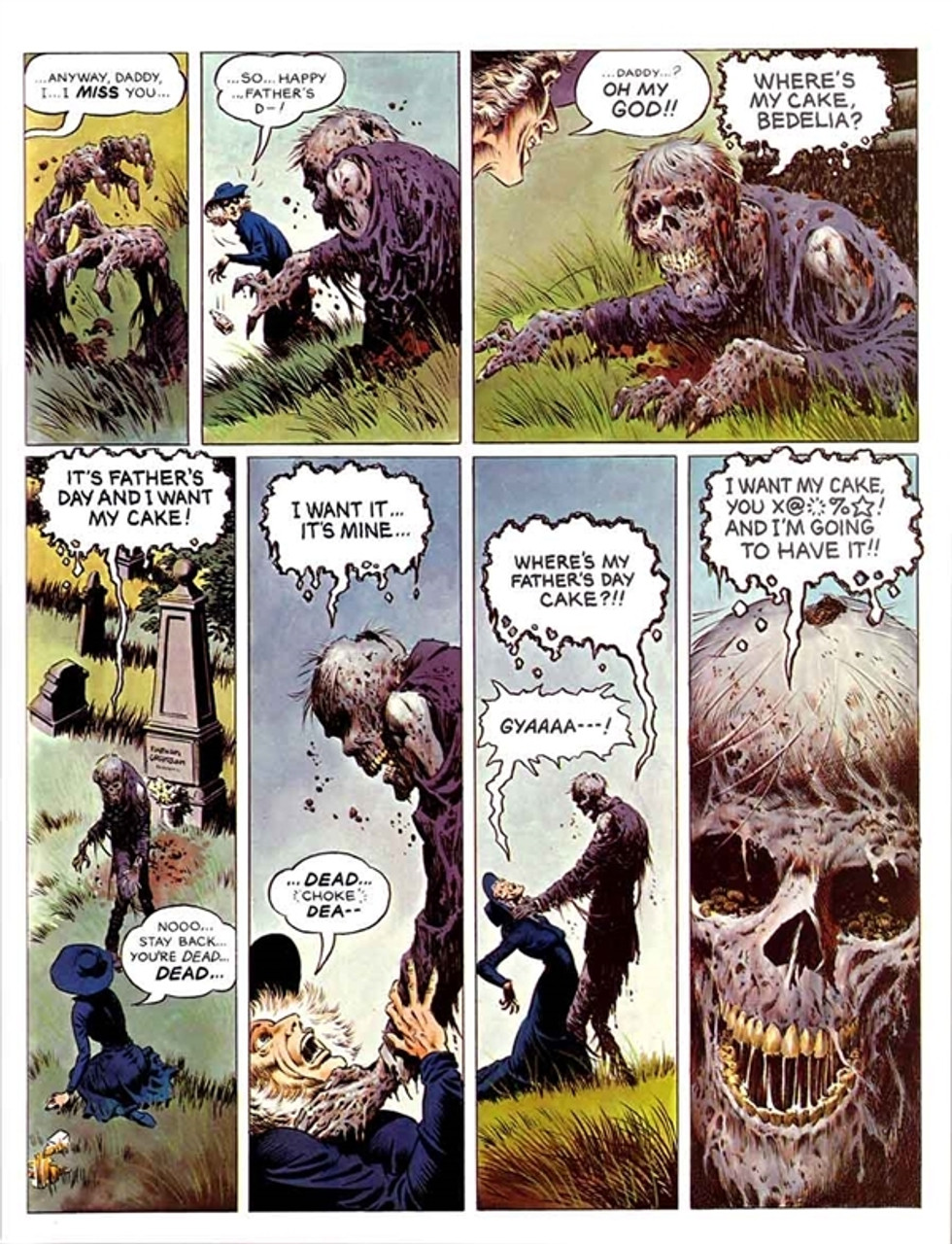 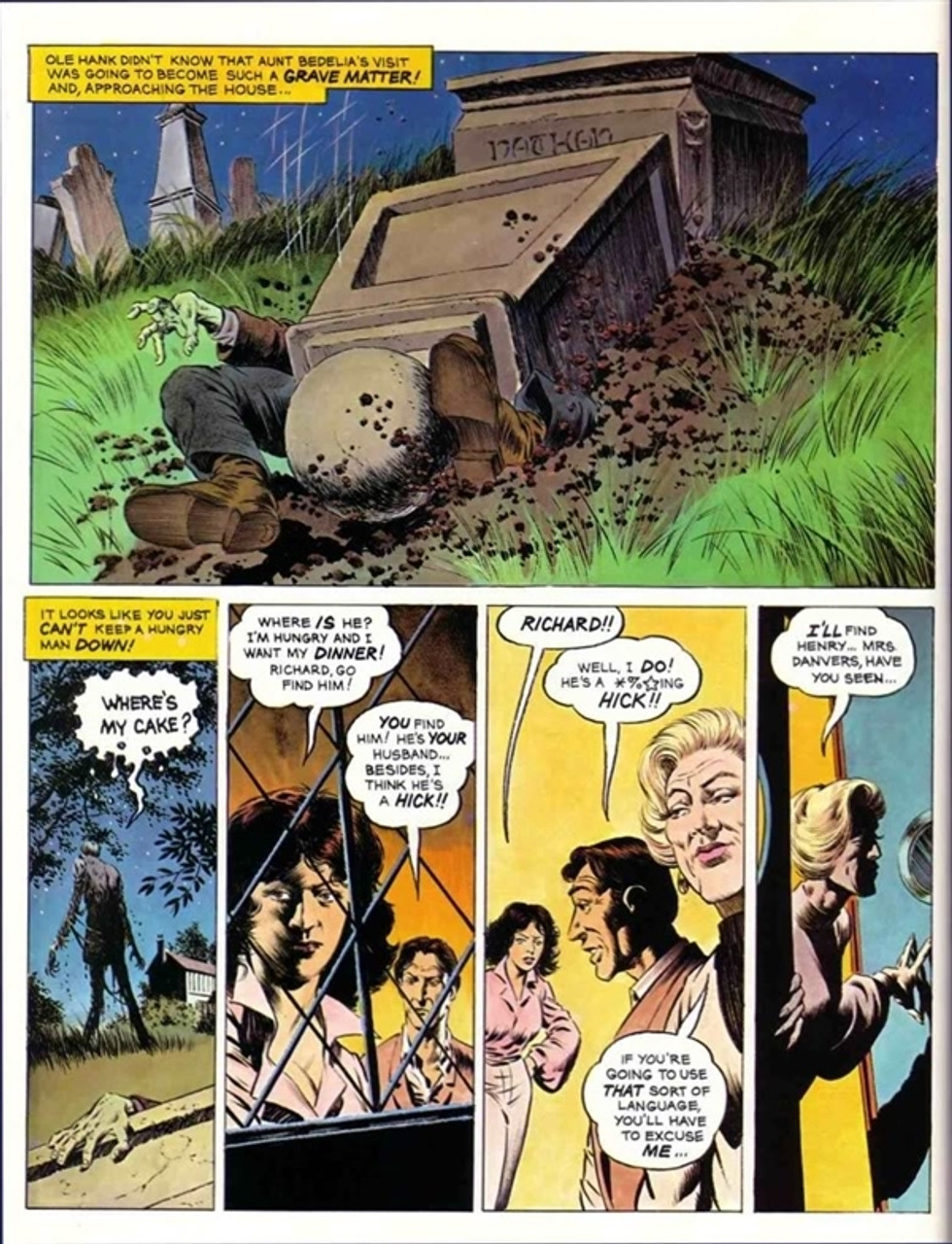 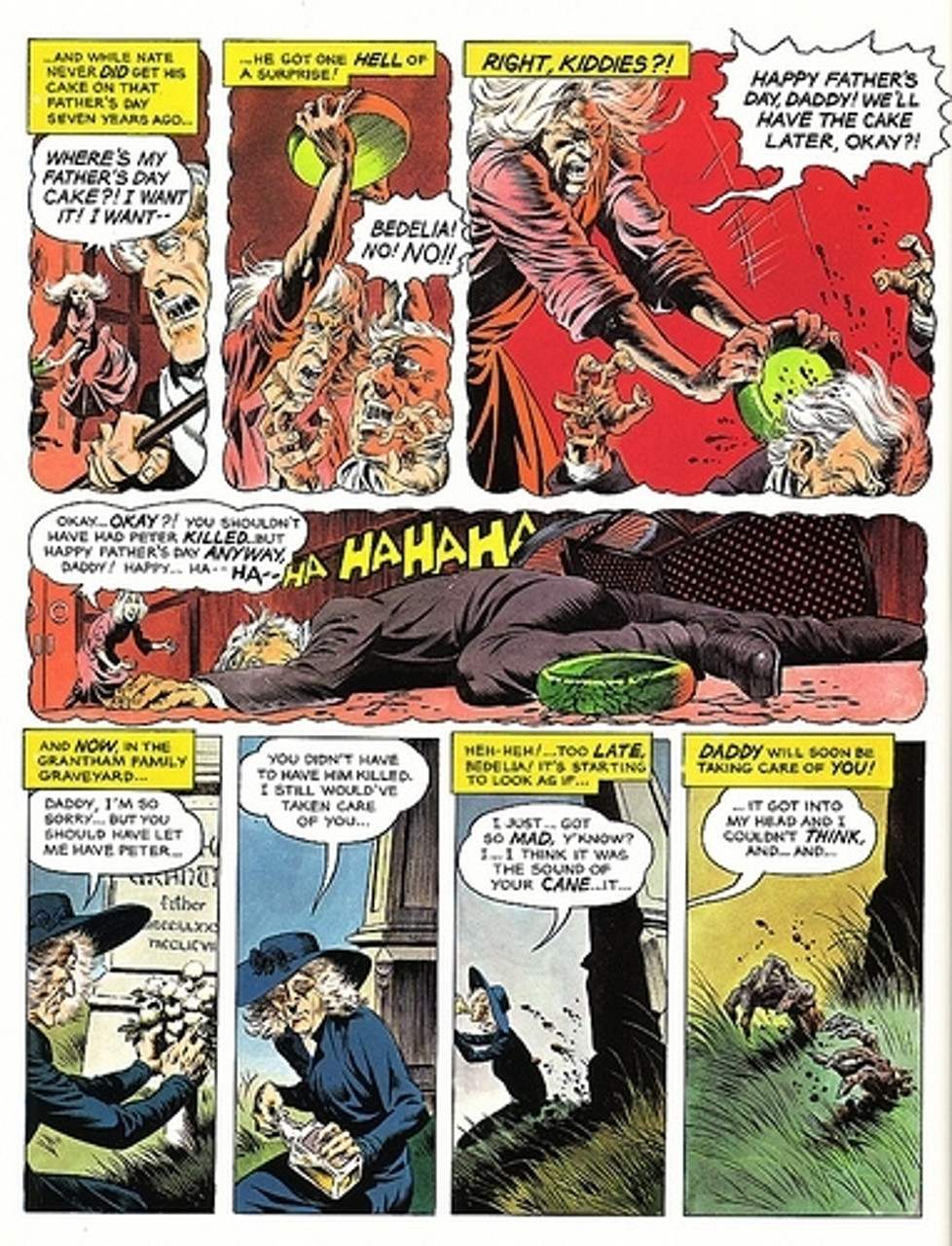 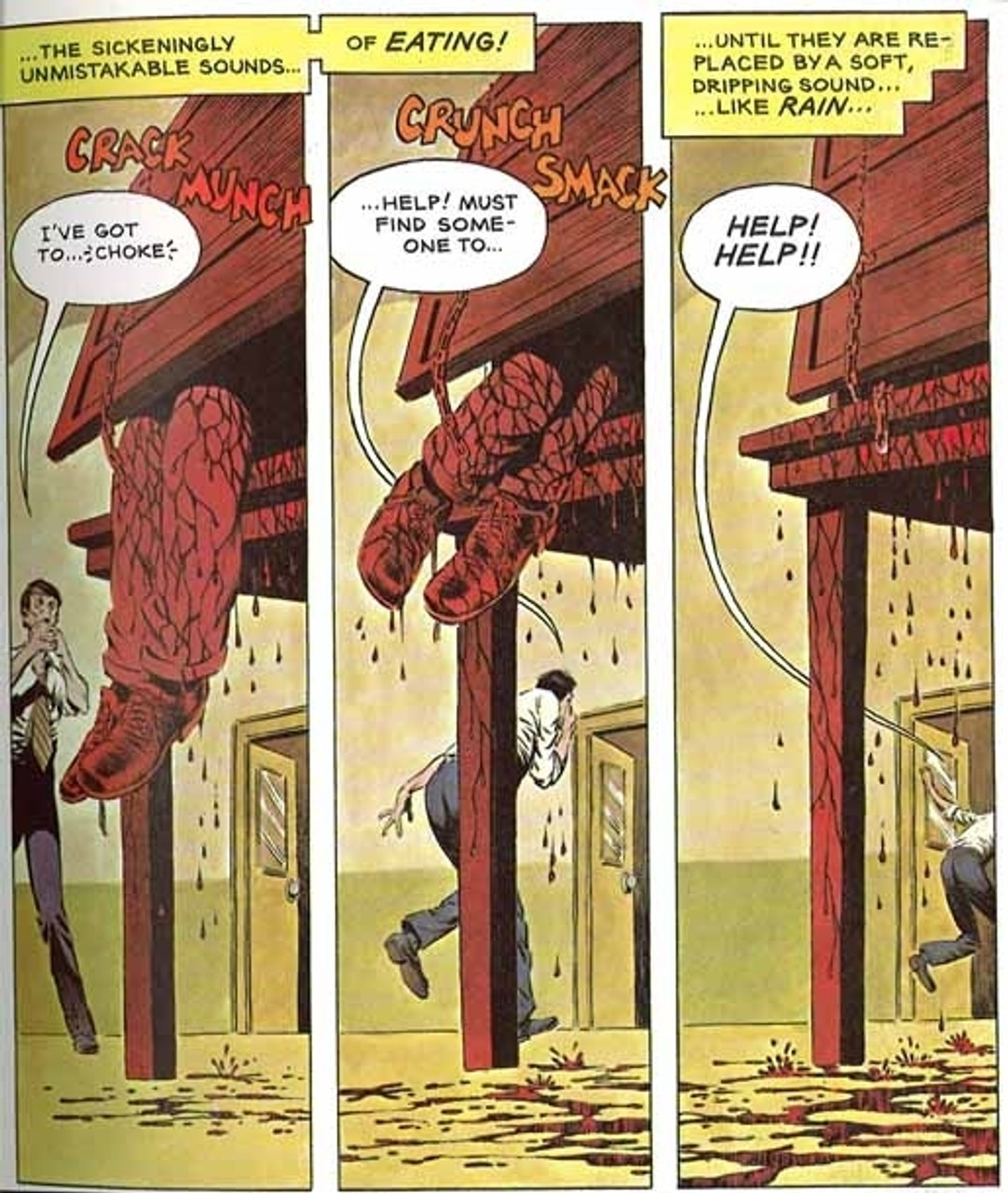 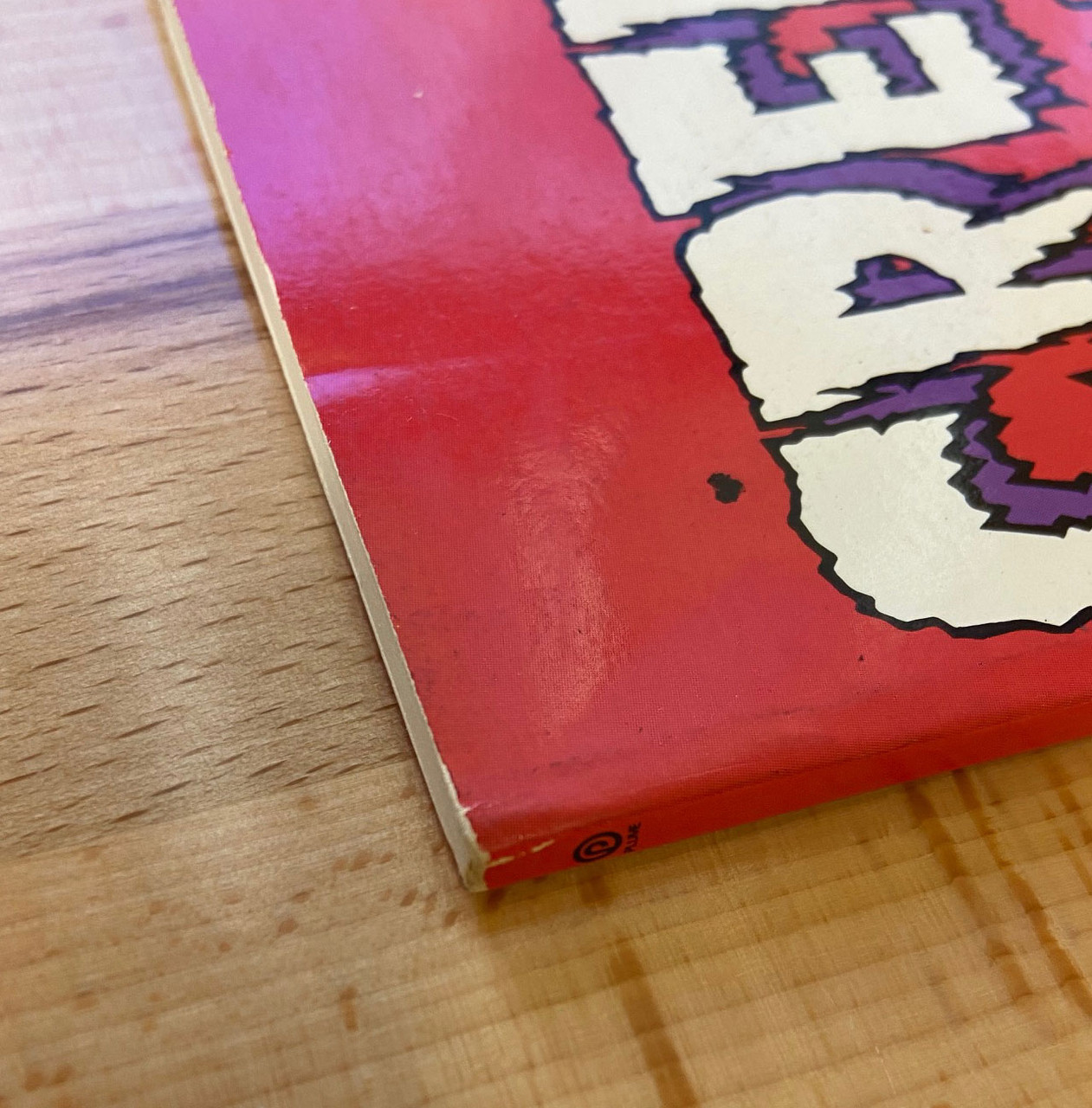 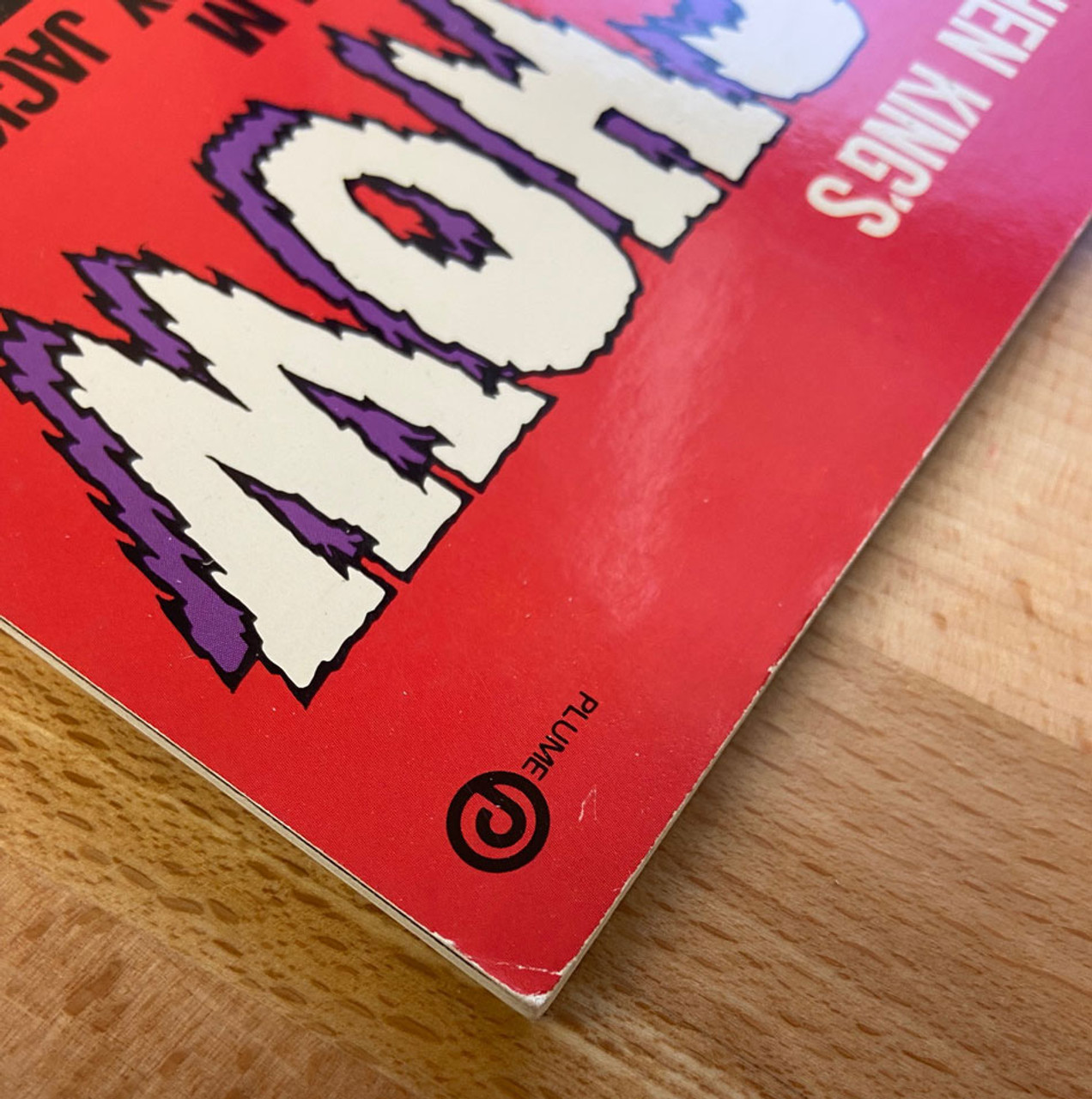 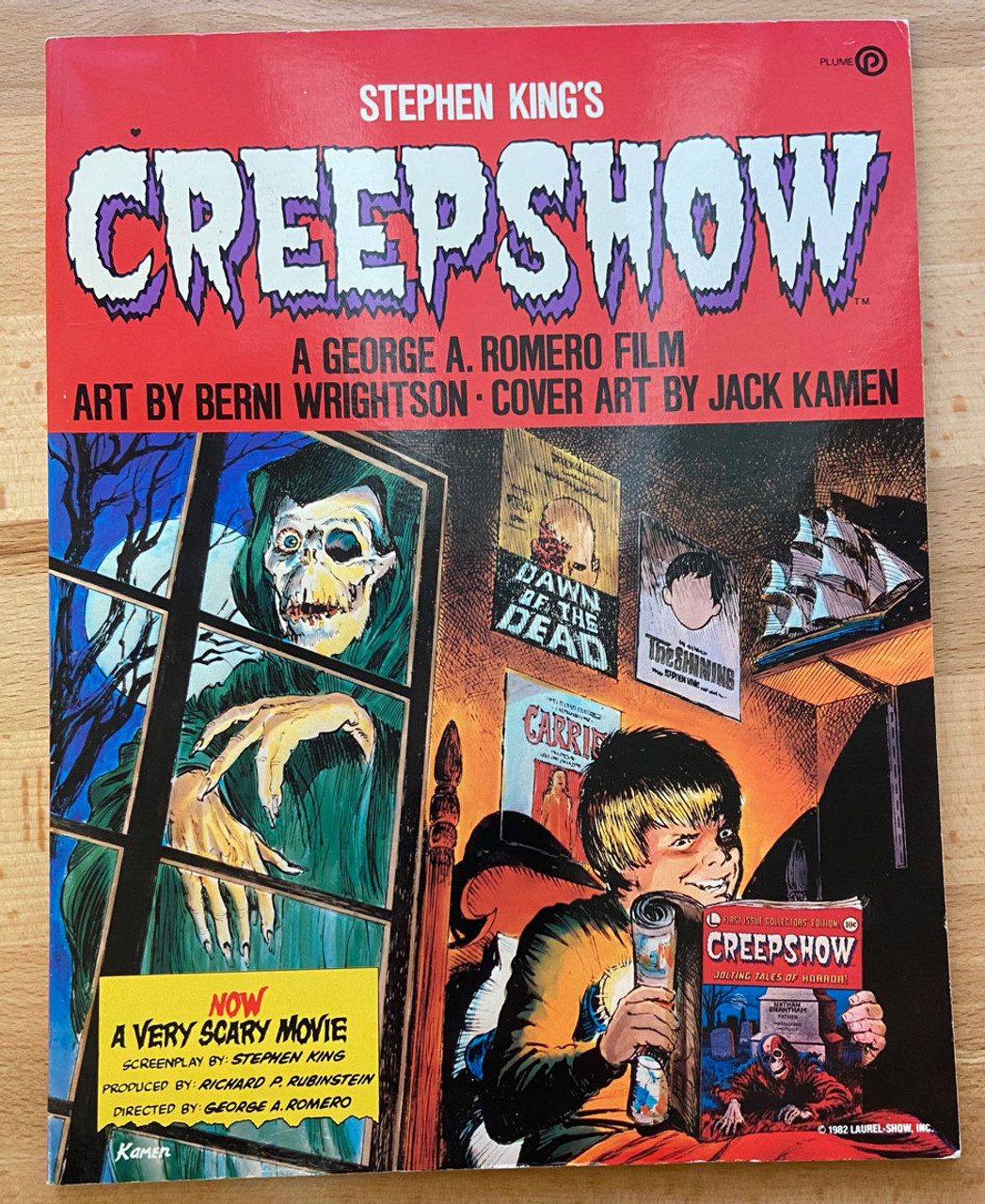 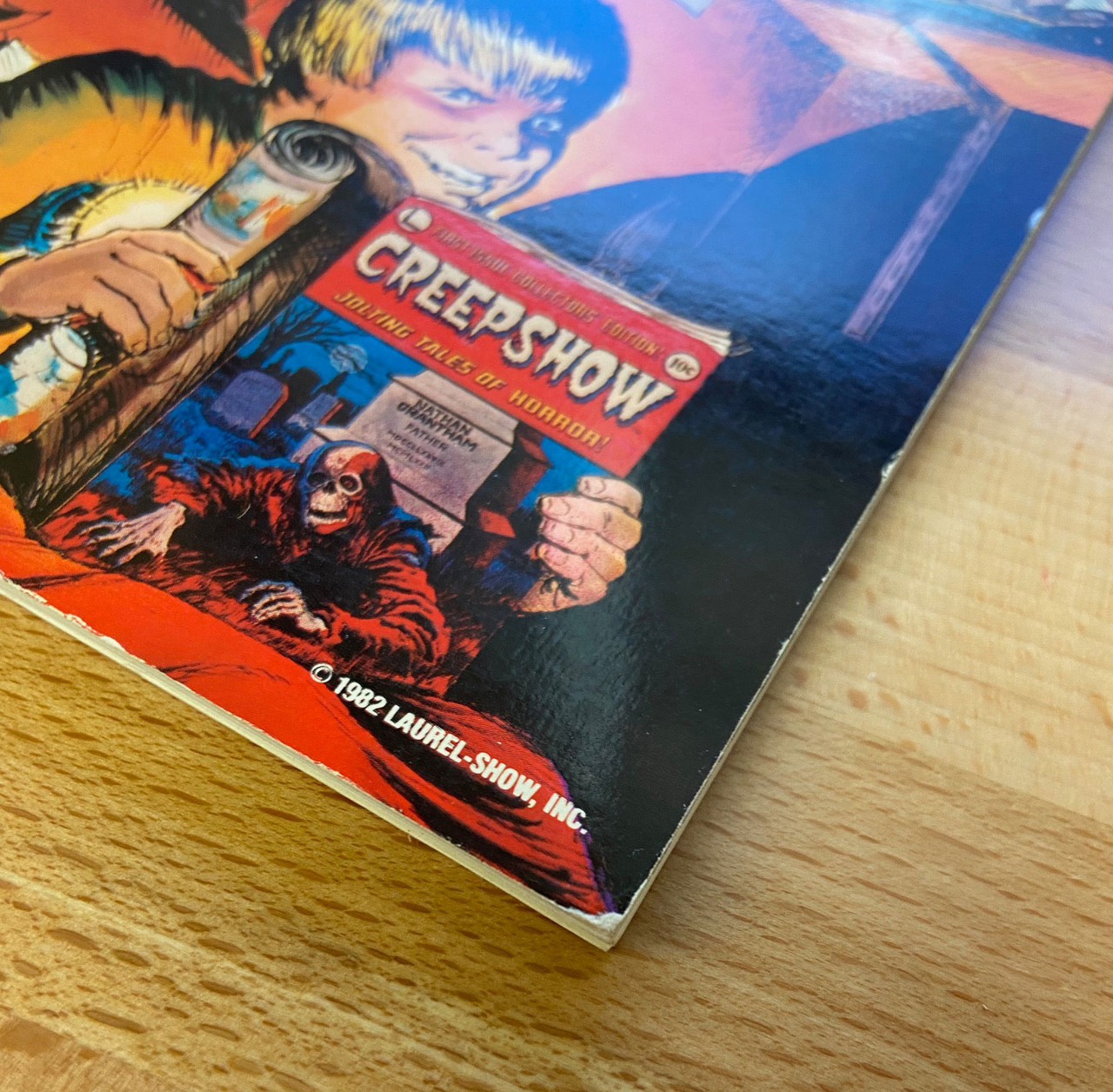 Personally signed by the artist, Bernie Wrightson, directly onto the title page of the book.

FIRST EDITION, FIRST PRINTING WITH ALL THE CORRECT ISSUE POINTS

A very unique and colorful comic that you will enjoy in your Stephen King collection. Lavishly illustrated throughout.

Creepshow is a graphic novella published by Penguin imprint Plume in July 1982, based on the movie Creepshow (also from 1982). The movie, directed by George A. Romero and written by Stephen King, consists of five short films, two of which are based on earlier prose stories by King, while the remaining three were written specifically for the movie. The book's interior art is by Bernie Wrightson with Michele Wrightson, with a cover by Jack Kamen.

The comic book, like the movie, consists of five short stories:

There is no introduction or afterword of any kind, although on the back cover it states "Stephen King conjures up five jolting tales of horror." The short stories "Weeds" and "The Crate" have never been collected in a King book and both remain uncollected.

Softcover comic. The book's interior art is by Bernie Wrightson with Michele Wrightson, with a cover by Jack Kamen.

Stephen King is the author of more than fifty books, all of them worldwide bestsellers. His recent work includes Doctor Sleep and Under the Dome, now a major TV miniseries on CBS. His novel 11/22/63 was named a top ten book of 2011 by The New York Times Book Review and won the Los Angeles Times Book Prize for Mystery/Thriller as well as the Best Hardcover Book Award from the International Thriller Writers Association. He is the recipient of the 2003 National Book Foundation Medal for Distinguished Contribution to American Letters. He lives in Bangor, Maine, with his wife, novelist Tabitha King. 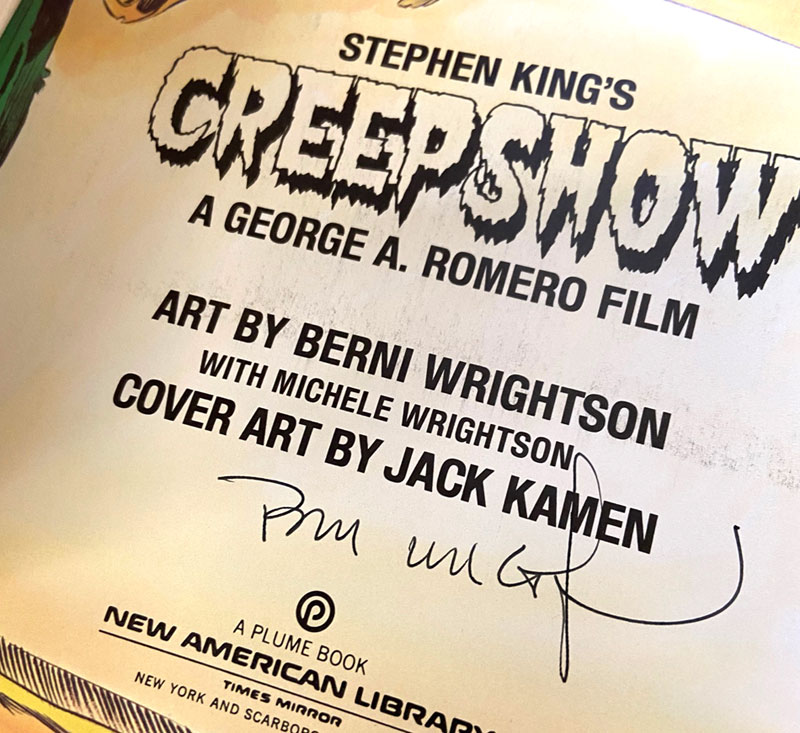 NEAR FINE+. Square and tight spine without any marks , writings or stamps inside the book. The binding is uniform and tight, colors clear and vibrant. An original signed Collector's Grade comic that is difficult to locate. A wonderful bright clean copy. Some edge-wear in a couple of spots as shown. No bookplates attached or indication of any removed. Photos of actual book.

Personally signed and dated by Joe Hill directly onto the title page. ADVANCE READER'S EDITION with "NOT FOR SALE" printed on the cover.  William Morrow , An Imprint of HarperCollins Publishers...