A Rare Book For The Avid Stephen King Collector

A handsome signed collector's edition to display in your Stephen King library. Very few collectors have the opportunity to own this one. A Fine copy with the original "glassine" dust-jacket in Near Fine condition.

THIS SPECIAL EDITION OF

AND 15 FOR PRIVATE DISTRIBUTION LETTERED A TO O

SIGNED BY THE AUTHOR.

Danse Macabre is a nonfiction book by Stephen King on horror fiction and United States pop culture, published in 1981.

In a footnote to the first edition, King credits Bill Thompson, the editor of his first five published novels, and later editor at Doubleday, as being the inspiration for its creation.

"...Bill called me and said, 'Why don't you do a book about the entire horror phenomenon as you see it?' Books, movies, radio, TV, the whole thing. We'll do it together, if you want.'

The concept intrigued and frightened me at the same time."

Thompson ultimately convinced King that if he wrote such a genre survey, he would no longer have to answer tedious, repetitive interview questions on the topic. King agreed to write his non-fiction appraisal of the horror genre, mostly limiting the scope of Danse Macabre from the 1950s to the 1980s (roughly the era covering King's own life), and using King's college teaching notes as the backbone of the text. 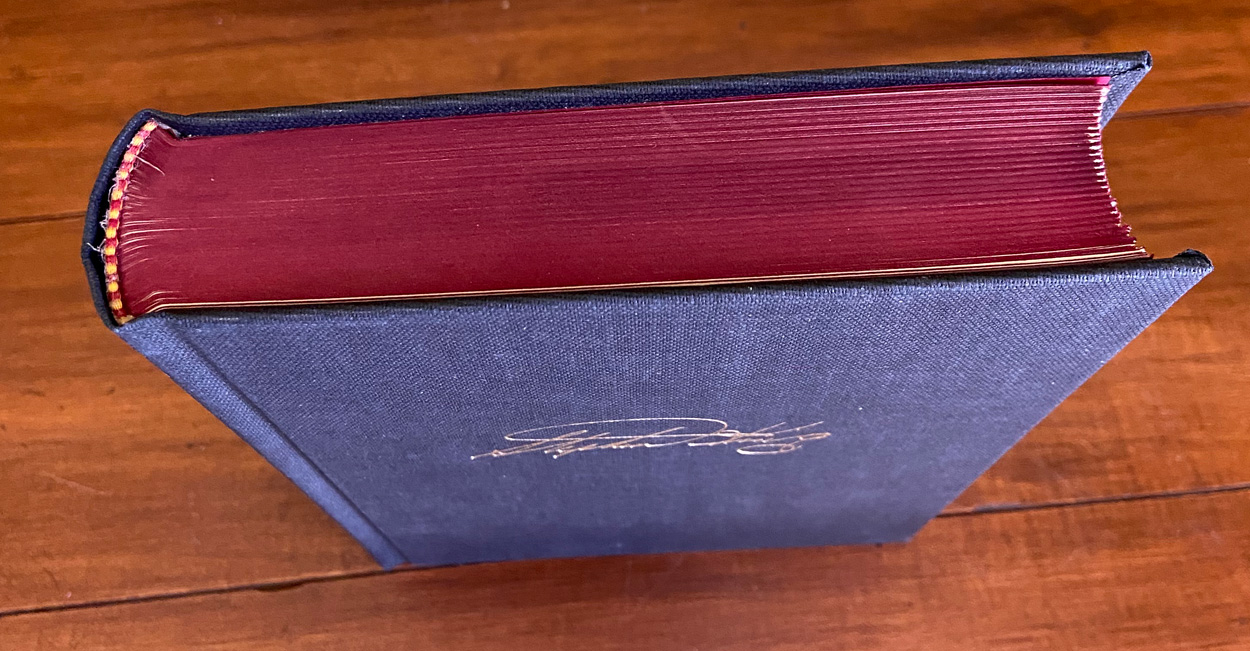 Fine hardcover book in Near Fine+ slipcase and Near Fine original "glassine" dust jacket. A wonderful bright clean copy that appears unread. Square and tight spine. Free of any markings, writings, or stampings. No bookplates attached or indication of any removed. This book stands out as having had exemplary care. The slipcase has some scuff marks but none of the corners are bumped. Original "glassine" dust-jacket is present on the book as shown. Photos of actual item.

Low Number 47 of only 725, personally signed and dated by Stephen King on July 5, 1980. If you are looking for a signed limited edition of FIRESTARTER, then this is the one. Fine throughout,...