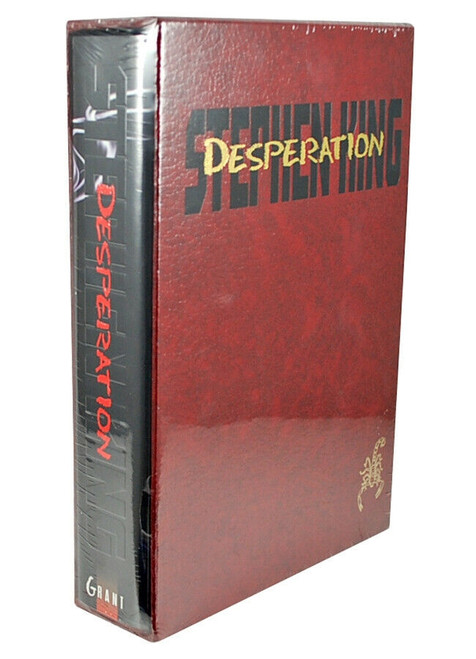 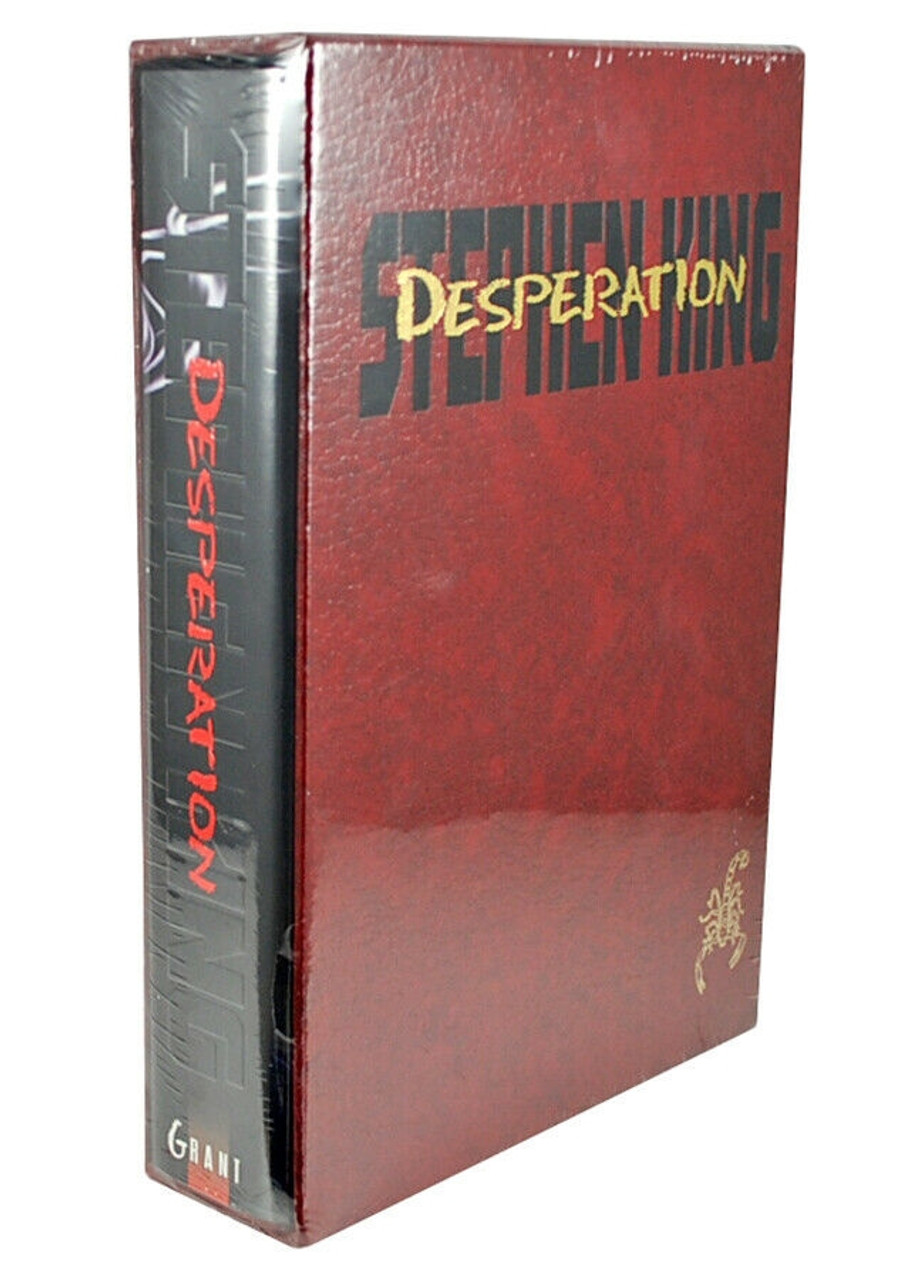 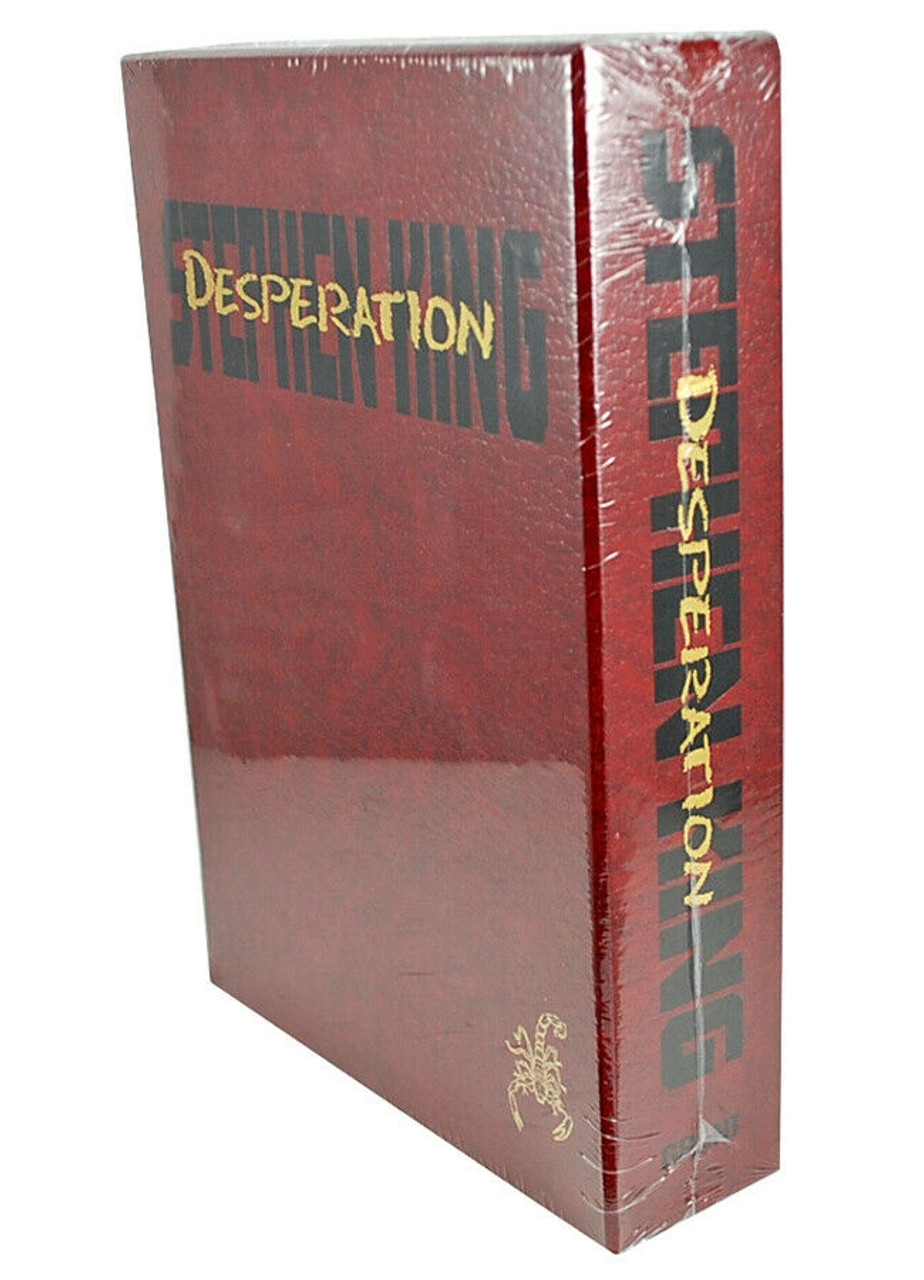 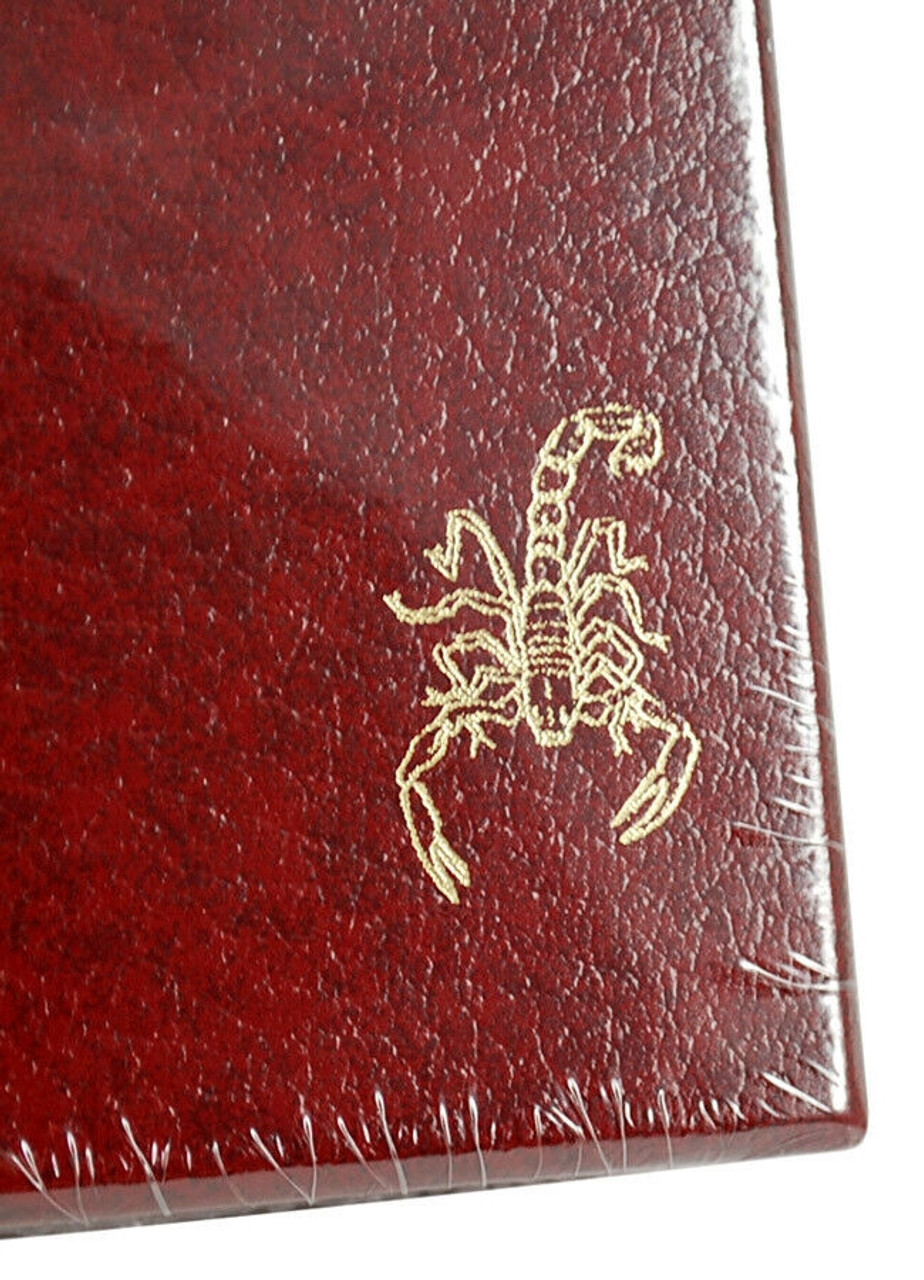 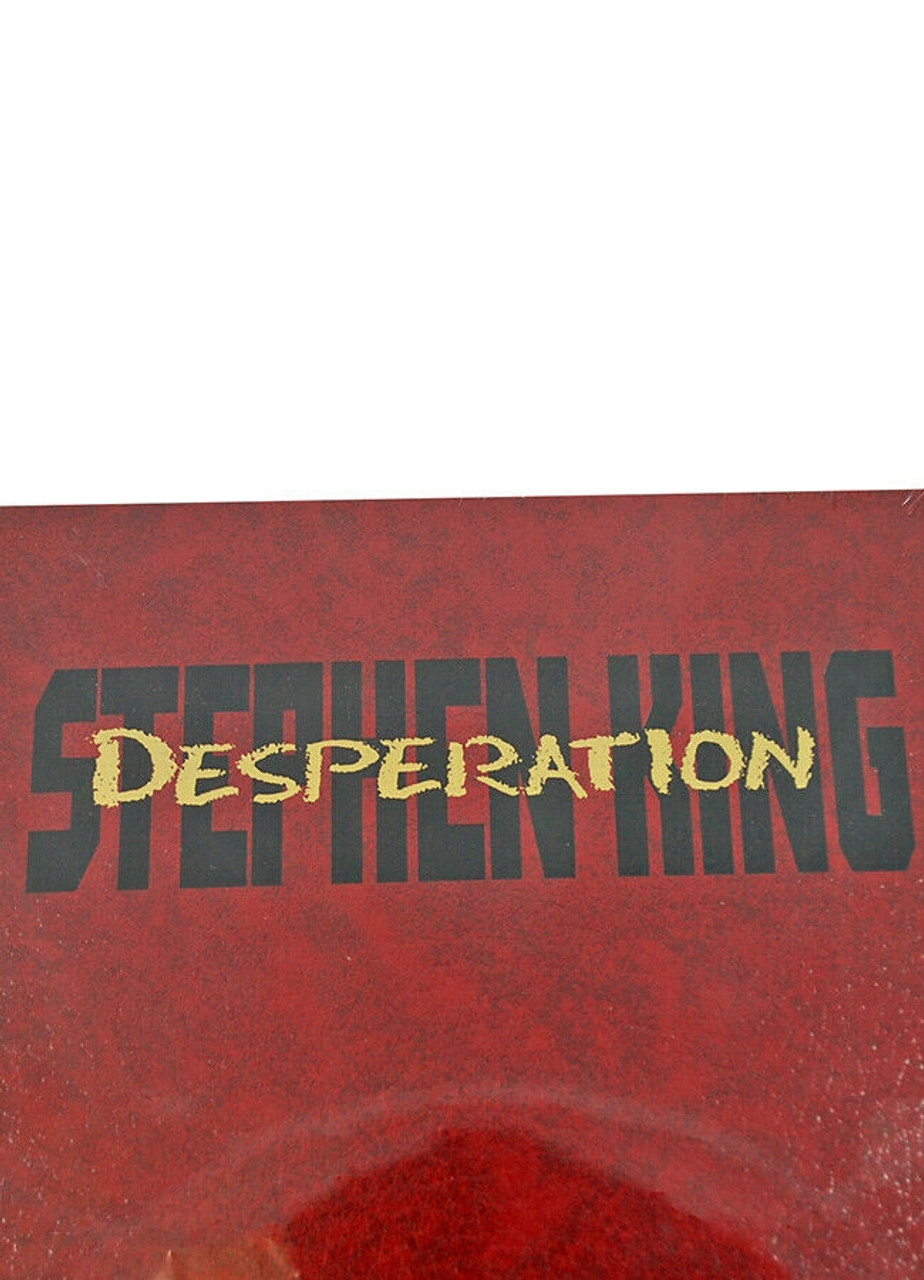 Limited Gift Edition of only 4,000 produced. Bound in a premium cloth and housed in a slipcase.

A deluxe limited edition originally published by Donald M. Grant. This edition is now difficult to locate in this original new condition.

Located off a desolate stretch of Interstate 50, Desperation, Nevada has few connections with the rest of the world. It is a place, though, where the seams between worlds are thin. Miners at the China Pit have accidentally broken into another dimension and released a horrific creature known as Tak, who takes human form by hijacking some of the town’s residents.

The forces of good orchestrate a confrontation between this ancient evil and a group of unsuspecting travelers who are lured to the dying town. This rag-tag band of unwilling champions is led by a young boy who speaks to God.

This edition was originally produced in the following two states by Grant:

1. Limited edition of 2,000 signed and numbered copies with no dustjacket in slipcase. Signed by Stephen King and Don Maitz.

This book is the gift edition of only 4,000 slipcased copies.

For all intents and purposes, police officer Collie Entragian, chief law enforcement for the small mining town of Desperation, Nevada, appears to be completely insane. He's taken to stopping vehicles along the desolate Interstate 50 and abducting unwary travelers with various unusual ploys. There's something very wrong here in Desperation...and Officer Entragian is only at the surface of it. The secrets embedded in Desperation's landscape, and the horrifying evil that infects the town like some viral hot zone, are both awesome and terrifying. But one of Entragian's victims, young David Carver, seems to know, and it scares him nearly to death to realize this truth, that the forces being summoned to combat this frightful, maniacal aberration are of equal and opposite intensity...

From Publisher's Weekly:
With this astonishing work, King again proves himself the premier literary barometer of our cultural clime. For if The Regulators is a work of secular horror, this is a novel of sacred horror (King's first), and explicitly so. Like the second panel of a diptych, Desperation employs, with one major exception, the same characters as The Regulators, and the same source of horror: an evil force named Tak. (The novels aren't sequential, however; people who die in one can live, then die, in the other.) The exception is David Carver, 11, who, with a handful of other passers-through, including a major writer who's recently embraced sobriety, is trapped in the desert mining town of Desperation, Nev. There, Tak stalks them by possessing humans and turning them into homicidal maniacs, and by unleashing armies of coyotes, spiders and scorpions. The terror is relentless - this is King's scariest book since Misery - though the storytelling is looser than in The Regulators to allow room for spiritual themes. For united against Tak are not only David and his pals, but also God, who moves through the boy. King's God is the God of Job, implacable, beyond human ken. As the savageries inflicted upon David and others multiply, they must discern: What is God's will? And, how can God's will be done, when it seems so cruel? Near the story's end, the writer muses that horror "isn't the sort of stuff of which serious literature is made." King knows better, and so will anyone who reads this deeply moving and enthralling masterpiece of the genre. Copyright 1996 Reed Business Information, Inc.