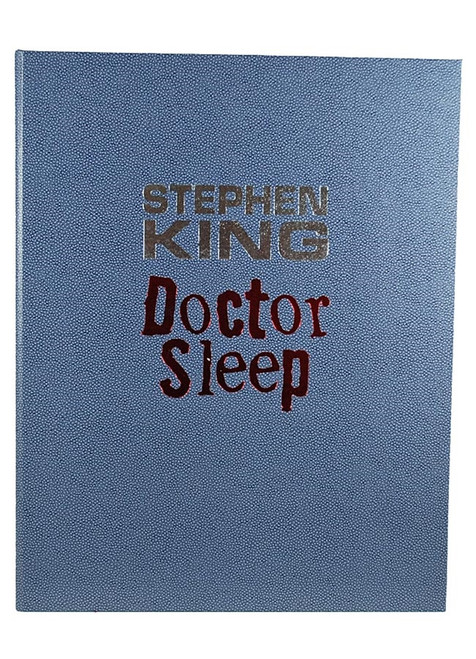 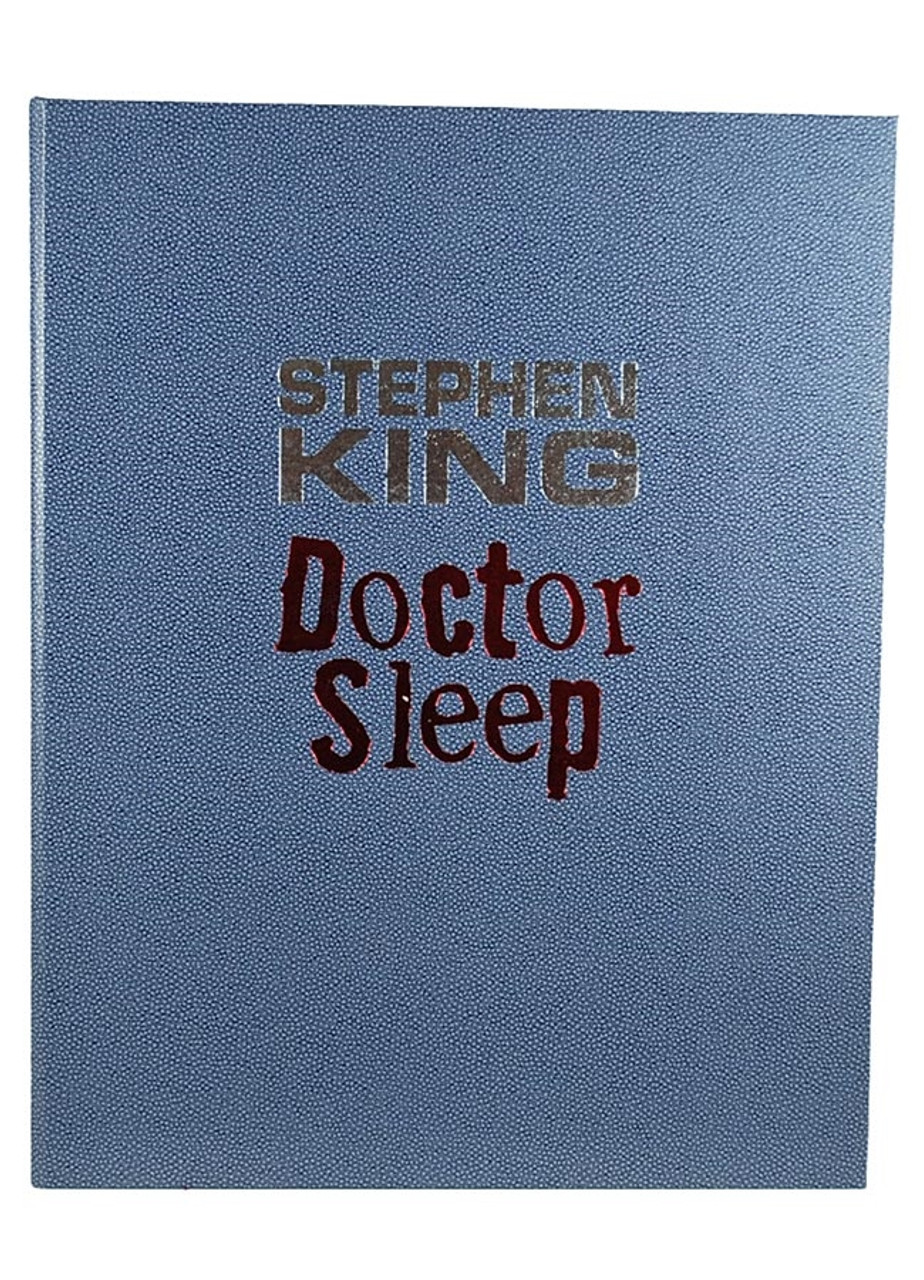 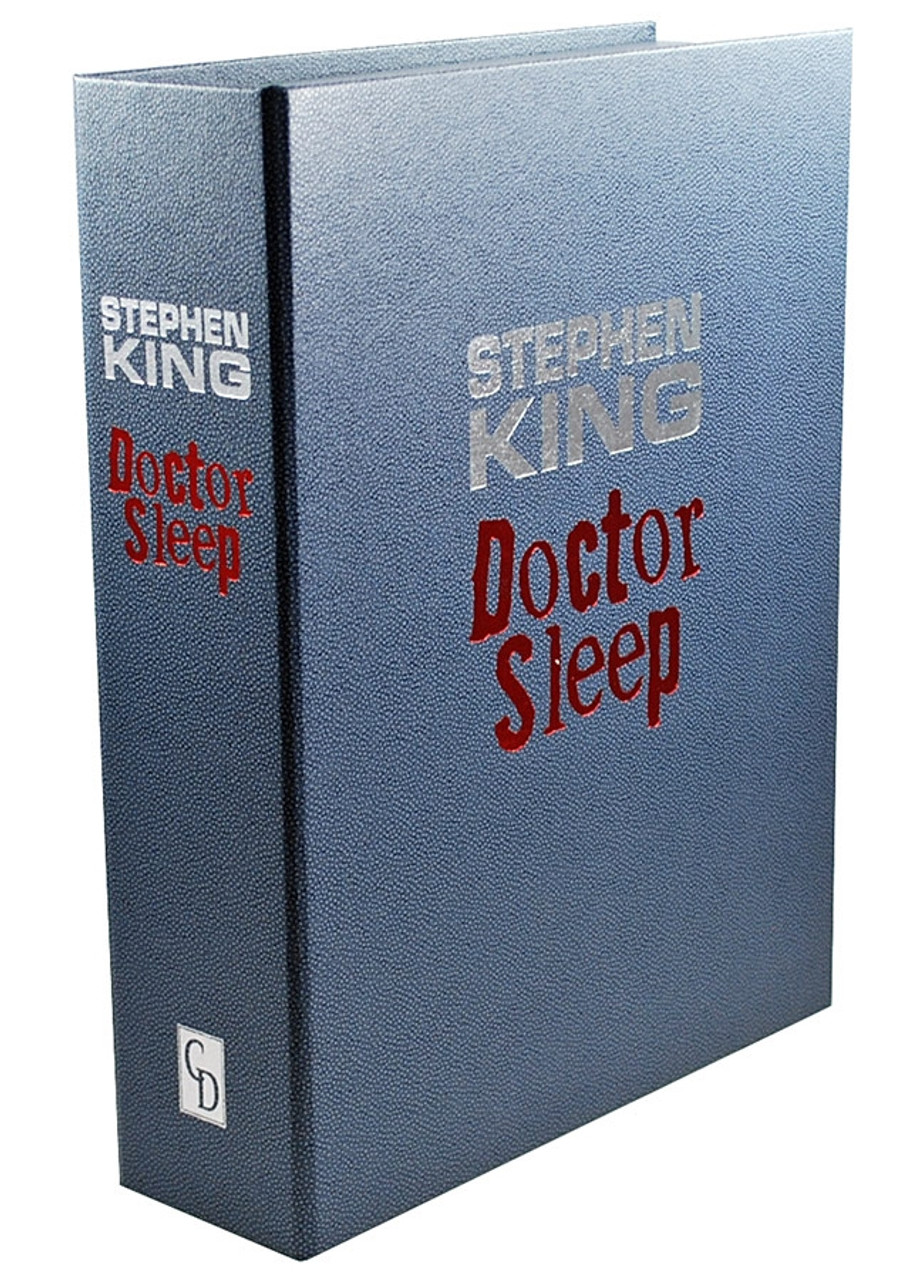 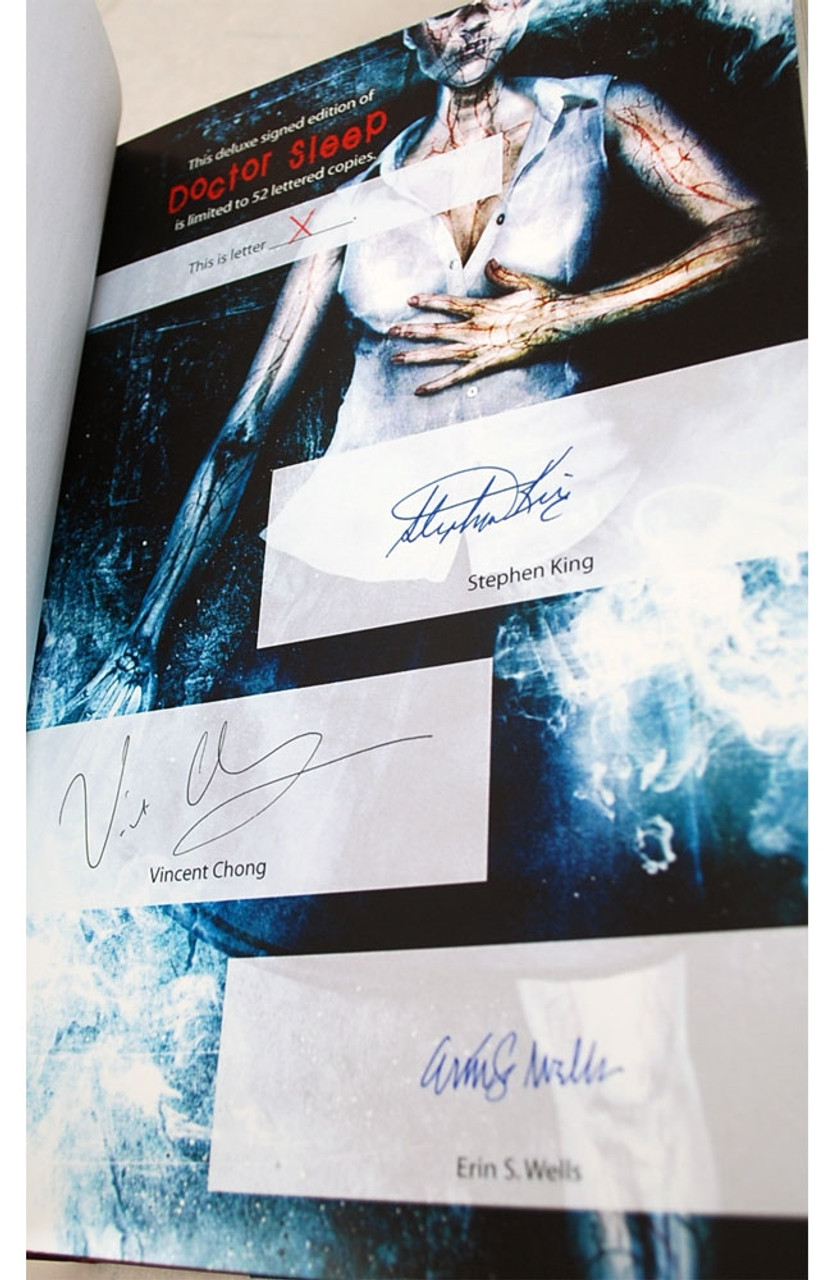 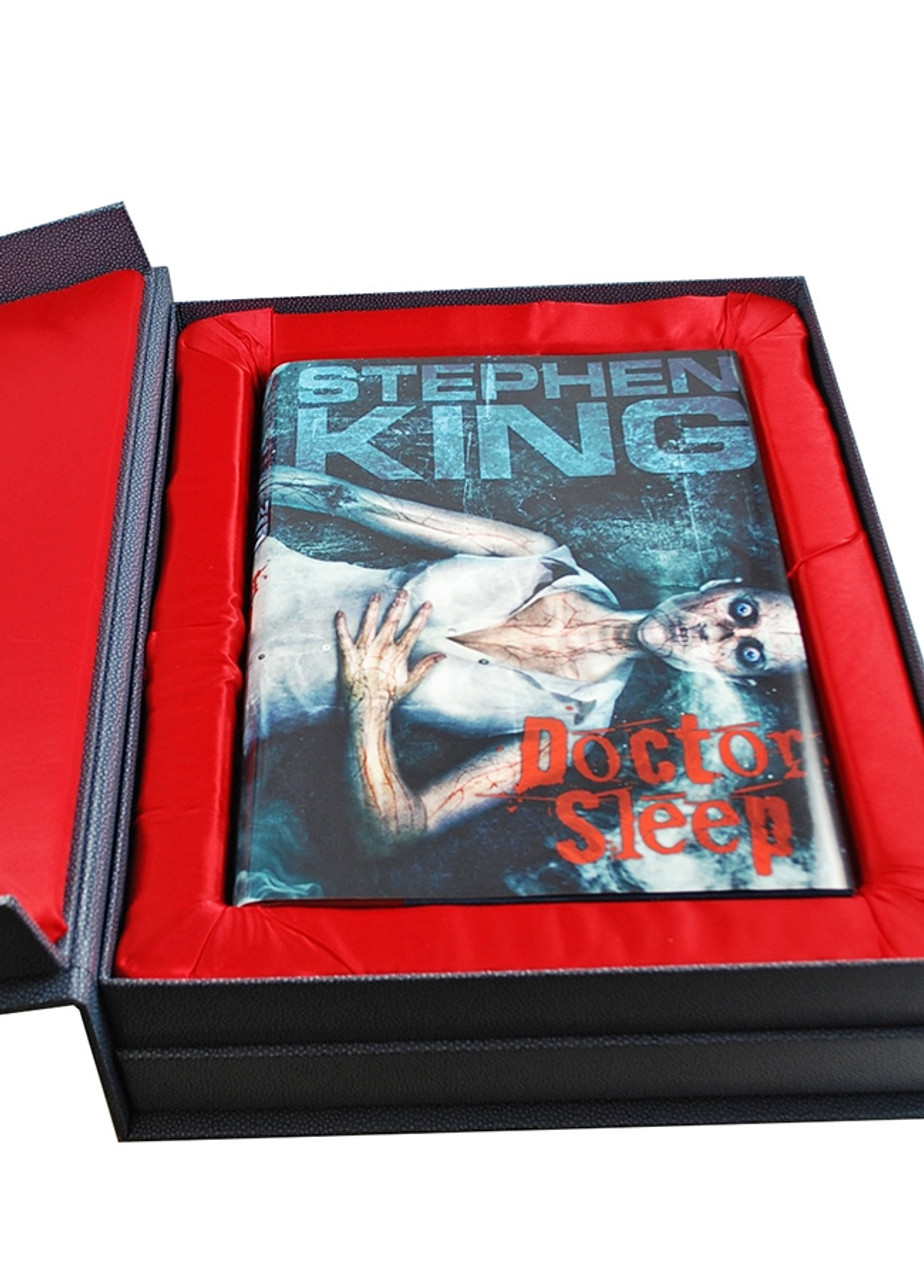 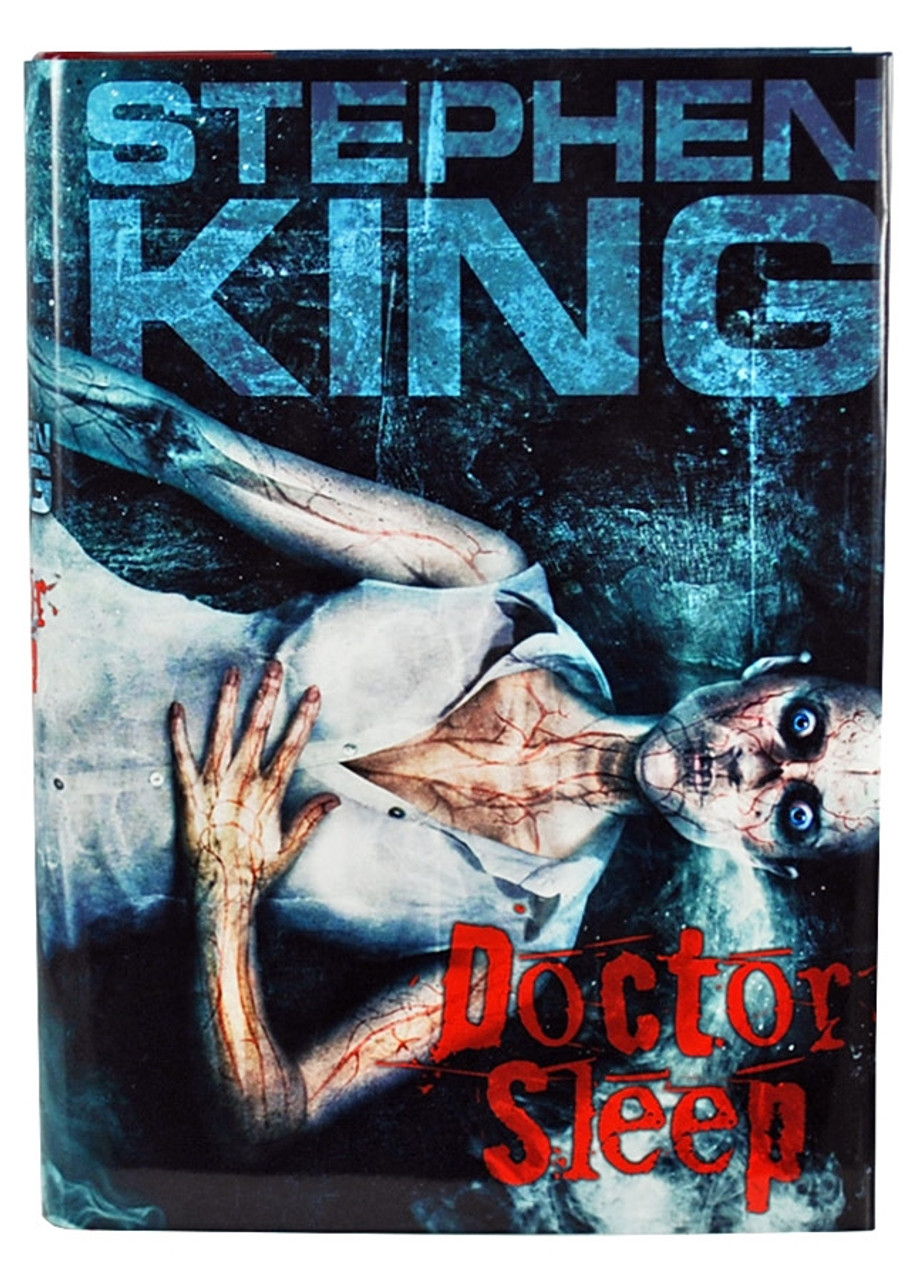 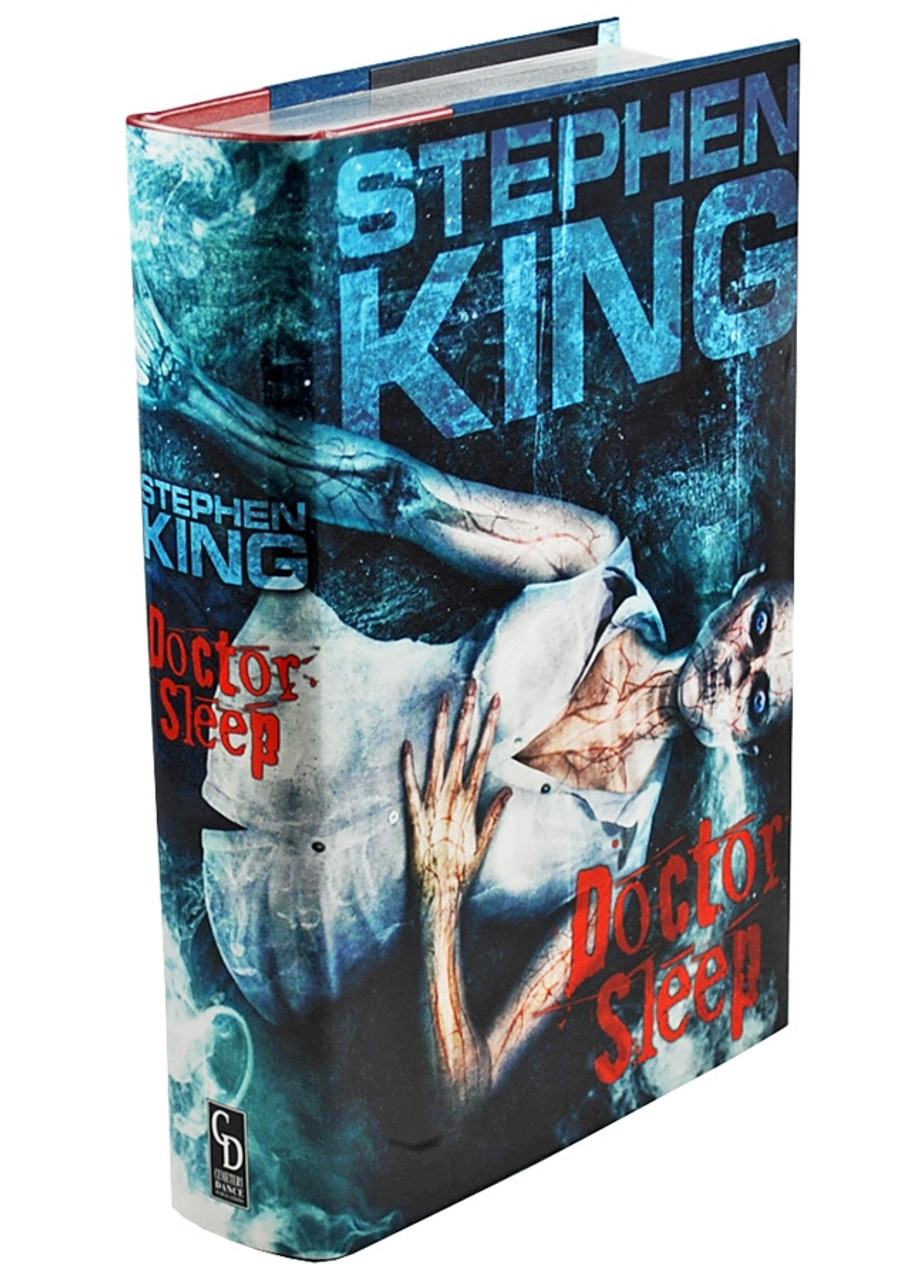 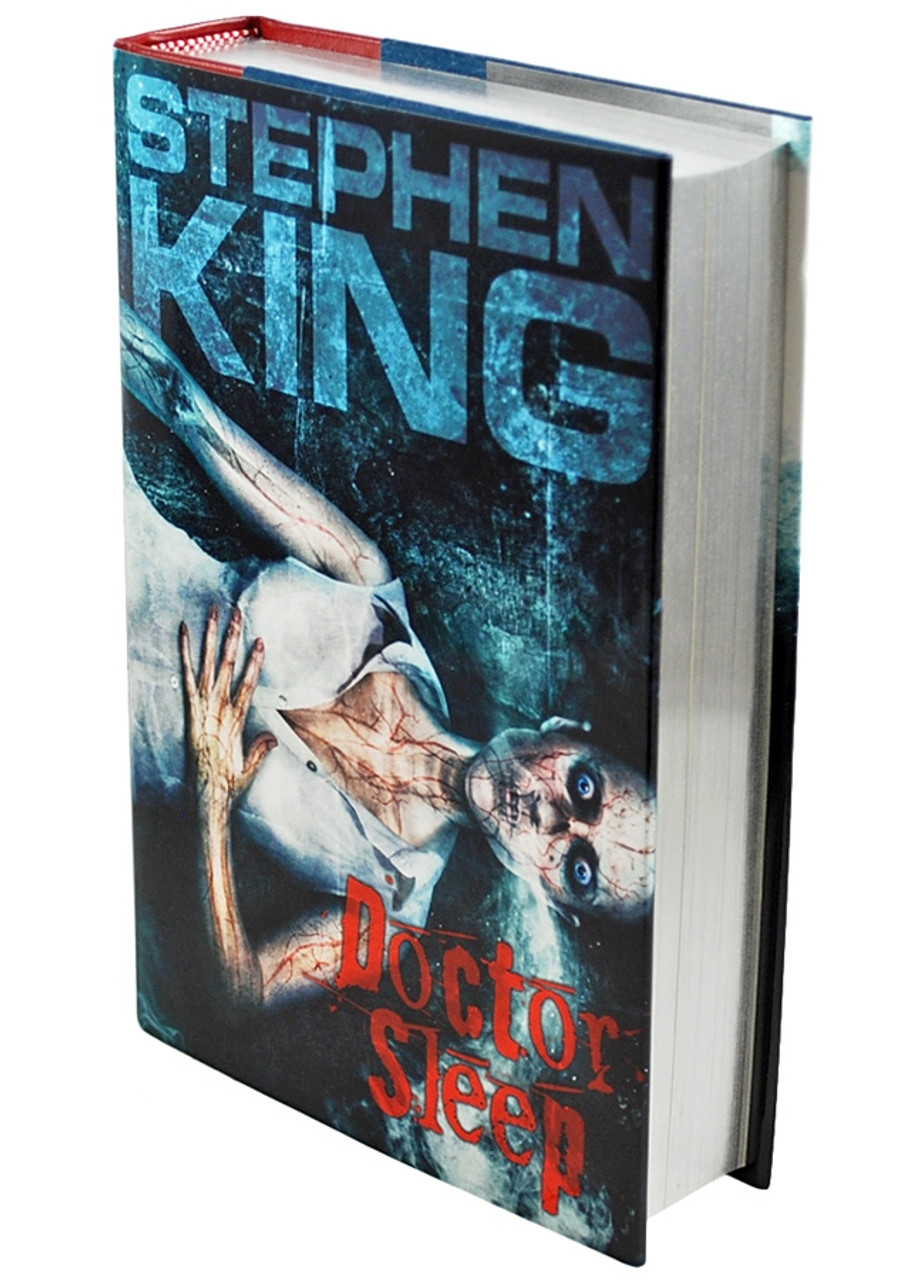 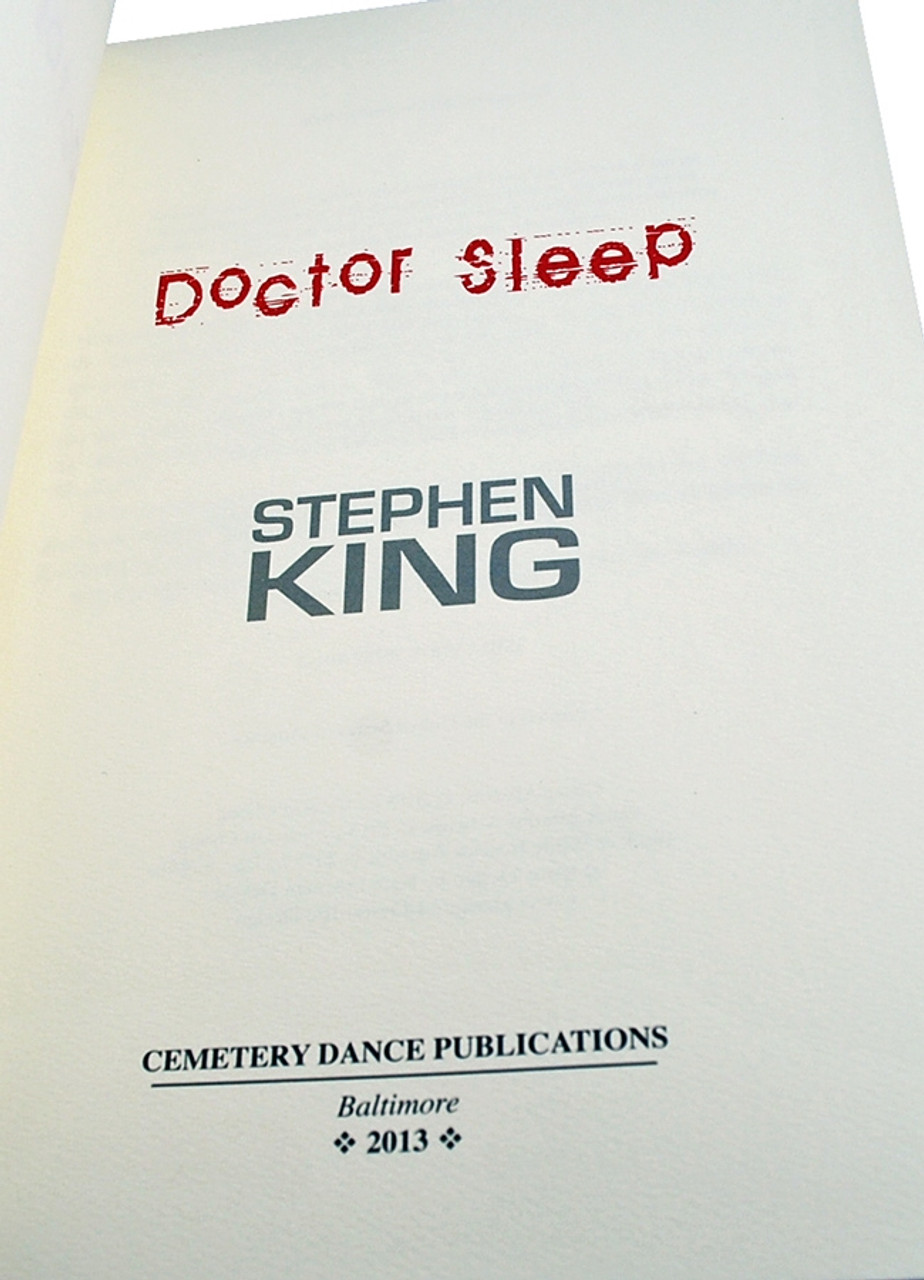 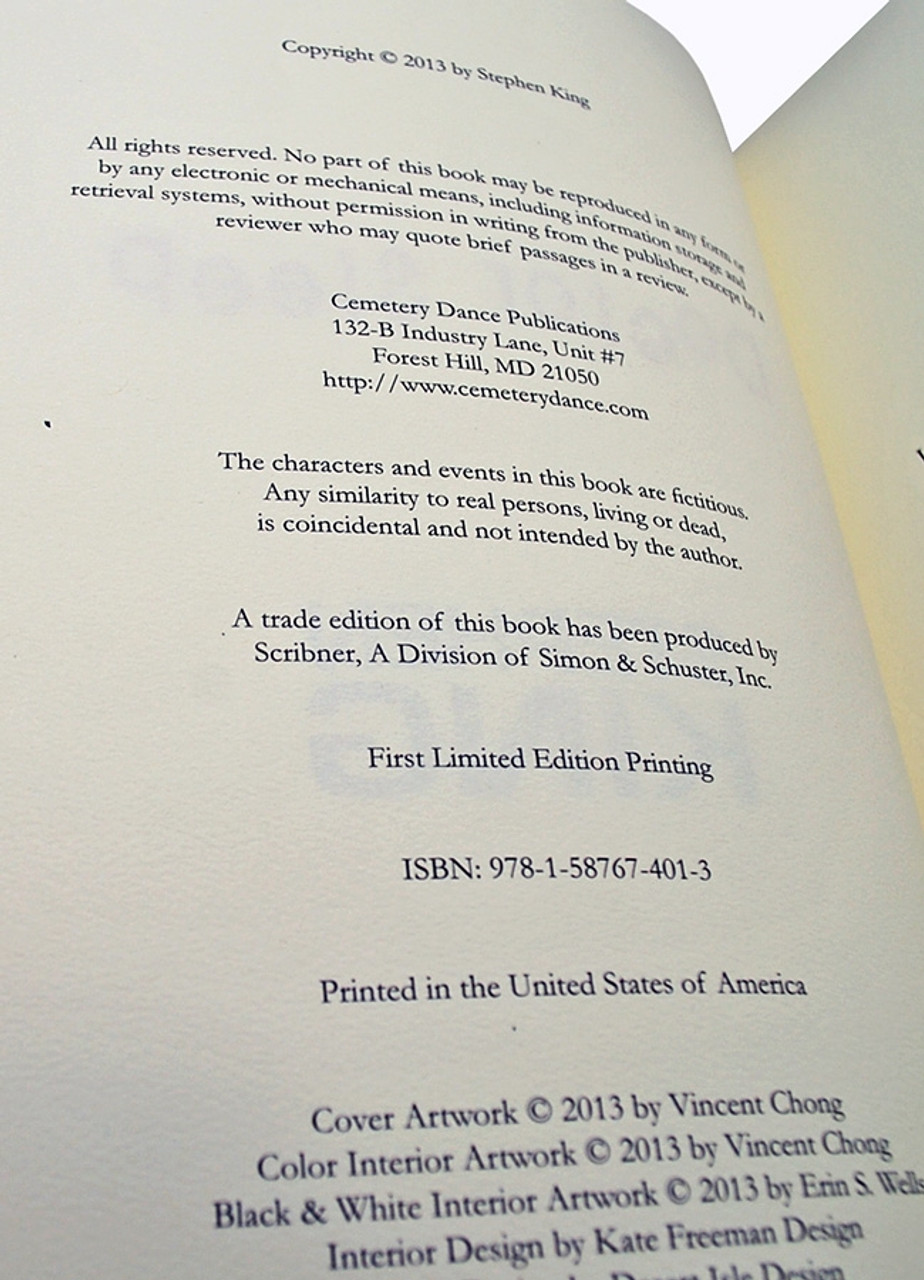 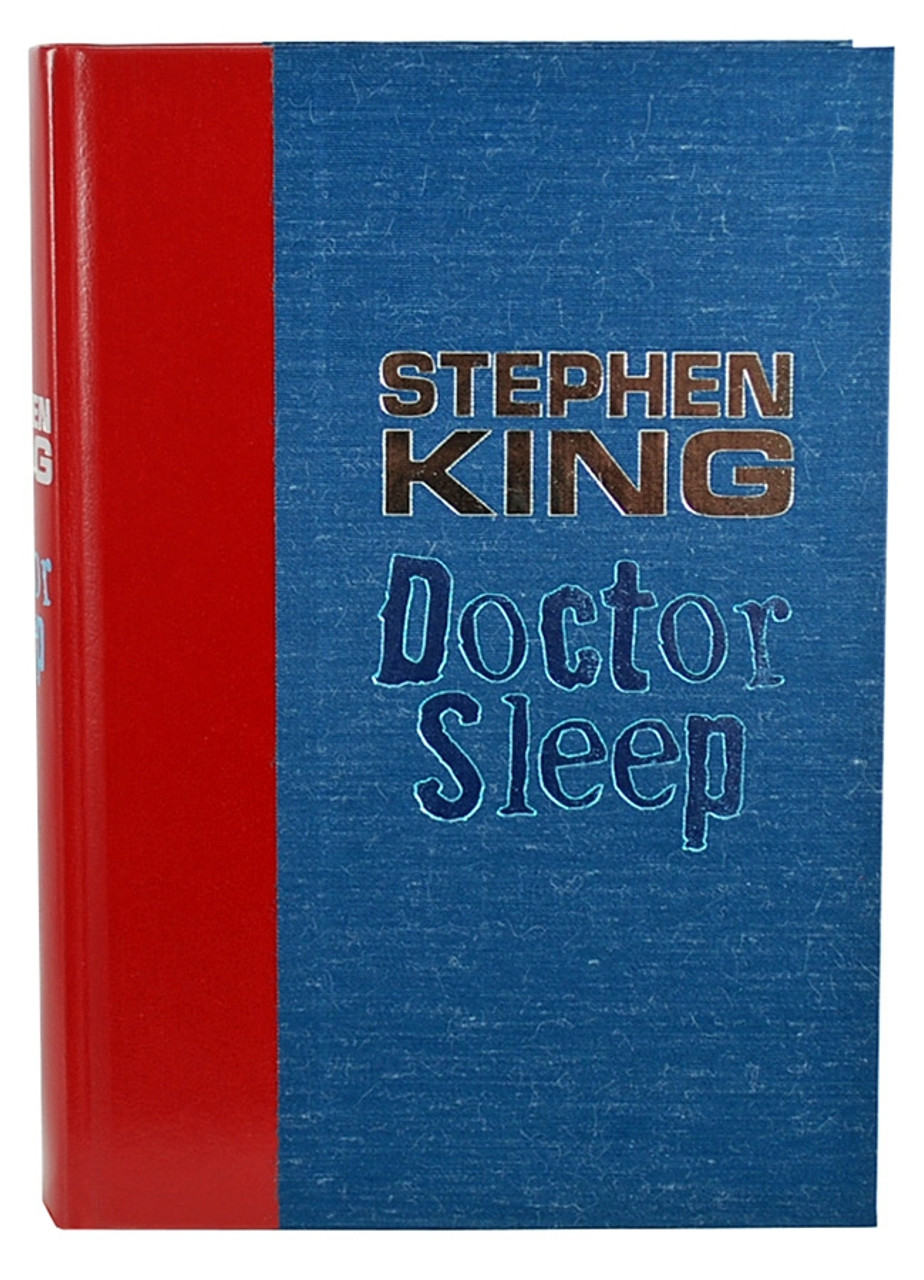 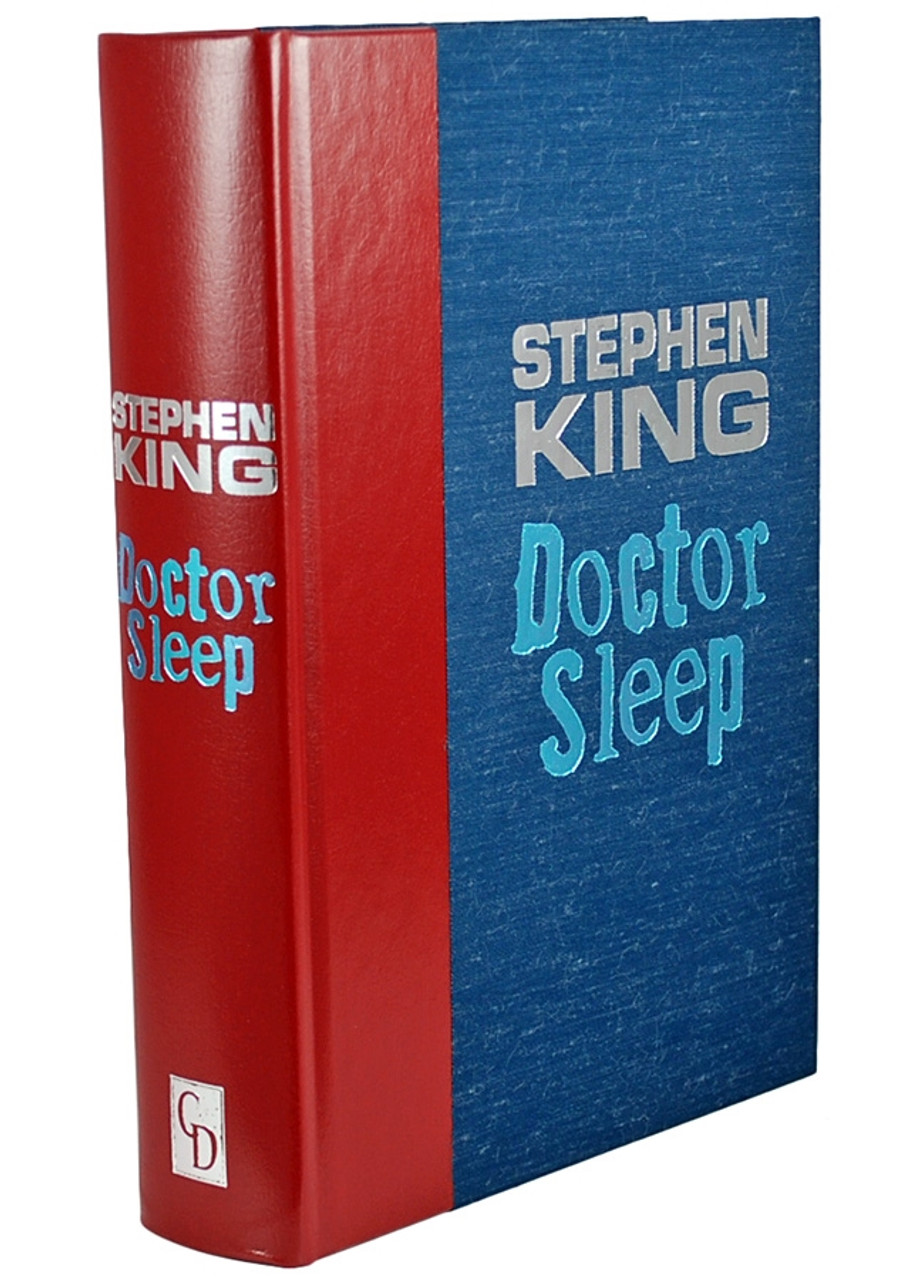 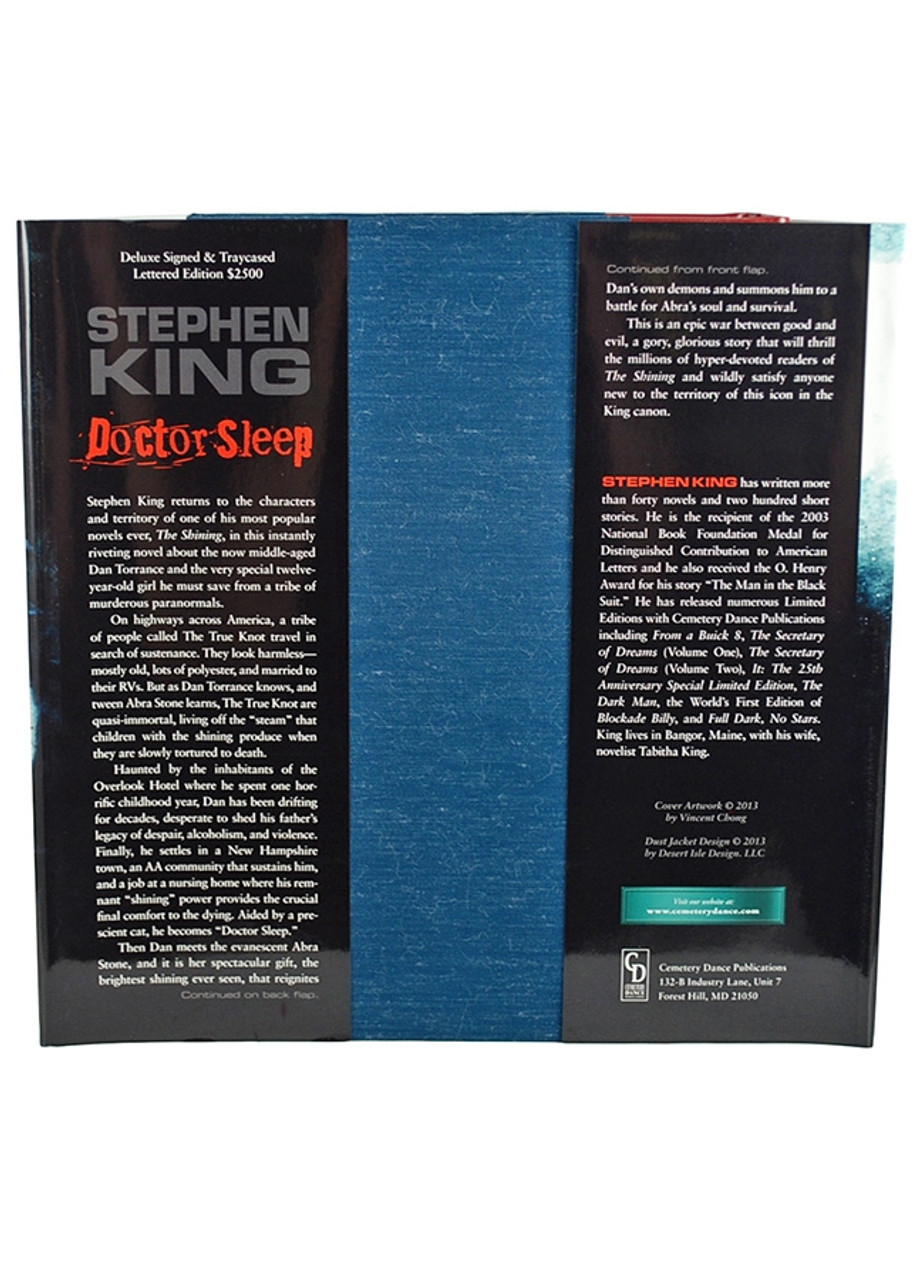 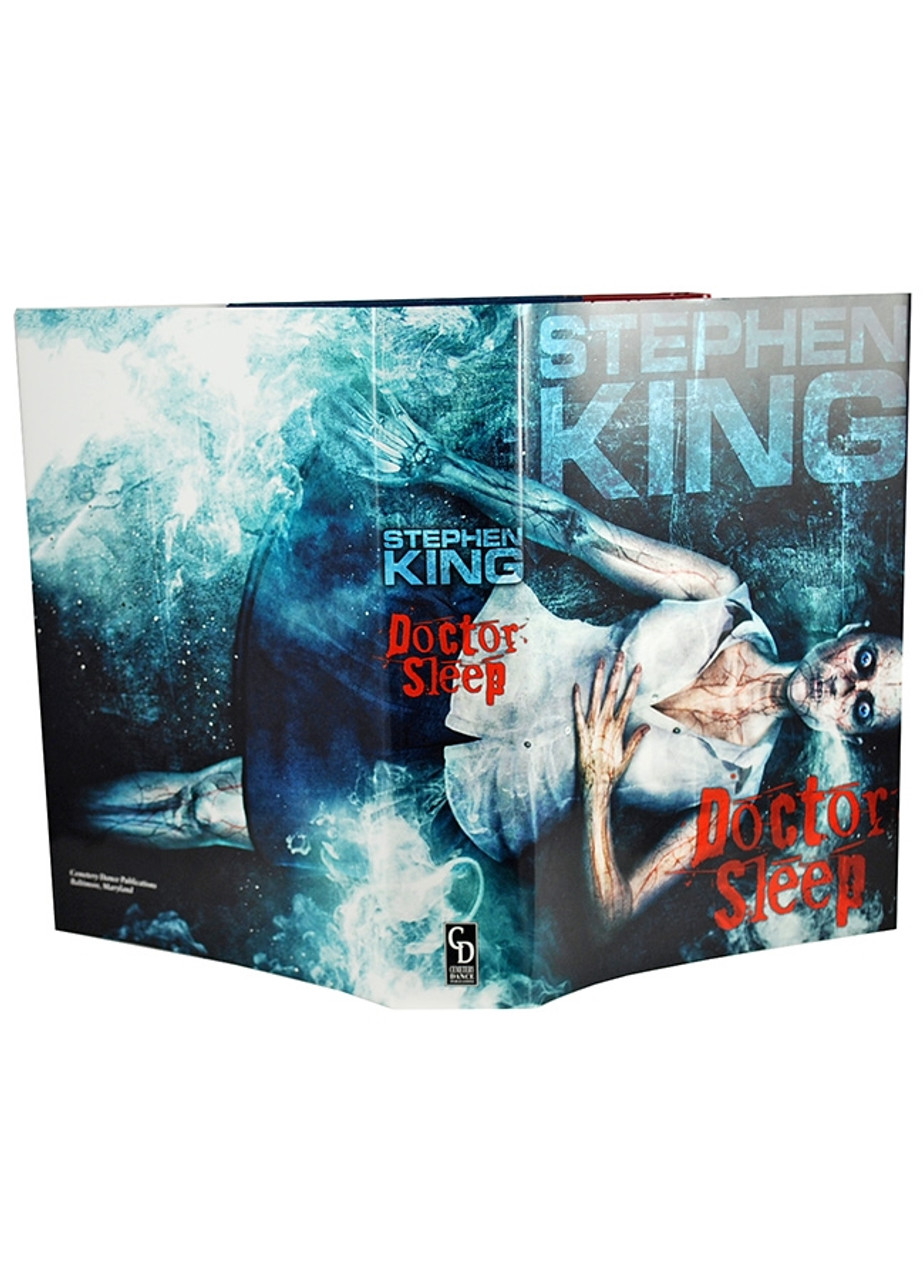 Signed Lettered Edition "X" of only 52 produced in this edition.


This signed limited edition of "Doctor Sleep" has been personally signed by Stephen King along with the illustrators Vincent Chong and Erin S. Wells onto the special limitation page.


Cemetery Dance Publications 2013. Stephen King "Doctor Sleep" Signed Lettered Edition. Limited to only 52 signed and numbered copies. A hardcover book with dust-jacket in a matching custom box. A highly sought after edition that is now OUT OF PRINT and sold out from the publisher in 4.5 hours. As New. 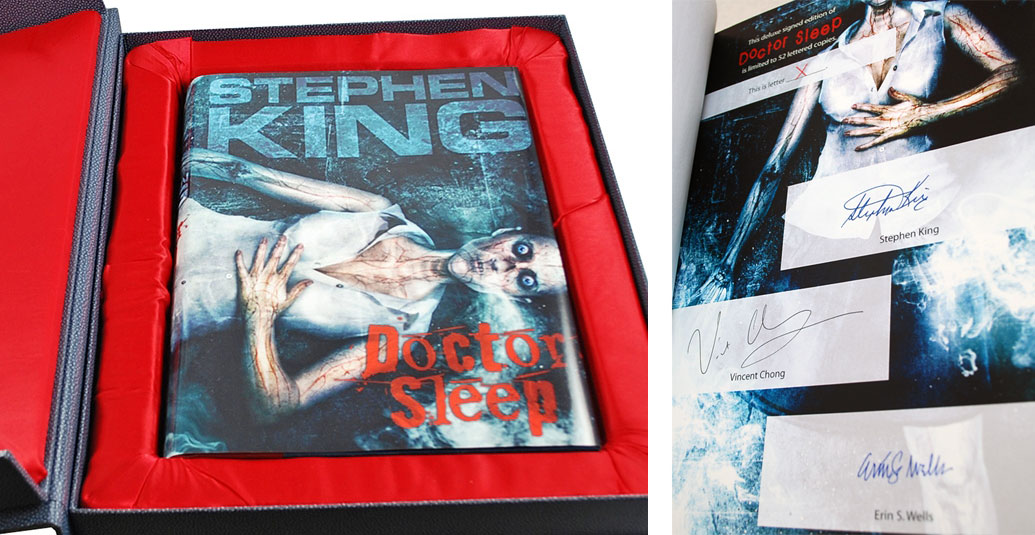 • Traycased Oversized Hardcover Signed Limited Edition of only 750 illustrated copies printed in two colors with two-color hot foil stamping, a satin ribbon page marker and embossed endpapers, signed by Stephen King and all of the artists.

• Oversized Signed Hardcover Lettered Edition of only 52 illustrated copies printed in two colors and bound in two different fine materials with gilded page edges, imported endpapers, a satin ribbon page marker, and protected in a custom deluxe box, signed by Stephen King and all of the artists.

THIS IS LETTERED "X" of the third state.

Stephen King returns to the characters and territory of one of his most popular novels ever, The Shining, in this instantly riveting novel about the now middle-aged Dan Torrance and the very special twelve-year-old girl he must save from a tribe of murderous paranormals.

On highways across America, a tribe of people called The True Knot travel in search of sustenance. They look harmless—mostly old, lots of polyester, and married to their RVs. But as Dan Torrance knows, and tween Abra Stone learns, The True Knot are quasi-immortal, living off the "steam" that children with the shining produce when they are slowly tortured to death.

Haunted by the inhabitants of the Overlook Hotel where he spent one horrific childhood year, Dan has been drifting for decades, desperate to shed his father's legacy of despair, alcoholism, and violence. Finally, he settles in a New Hampshire town, an AA community that sustains him, and a job at a nursing home where his remnant "shining" power provides the crucial final comfort to the dying. Aided by a prescient cat, he becomes "Doctor Sleep."

Then Dan meets the evanescent Abra Stone, and it is her spectacular gift, the brightest shining ever seen, that reignites Dan's own demons and summons him to a battle for Abra's soul and survival. This is an epic war between good and evil, a gory, glorious story that will thrill the millions of hyper-devoted readers of The Shining and wildly satisfy anyone new to the territory of this icon in the King canon.

The exclusive Cemetery Dance Special Limited Edition of Doctor Sleep by Stephen King will be published in three states, all of them printed in two colors and bound in fine materials. 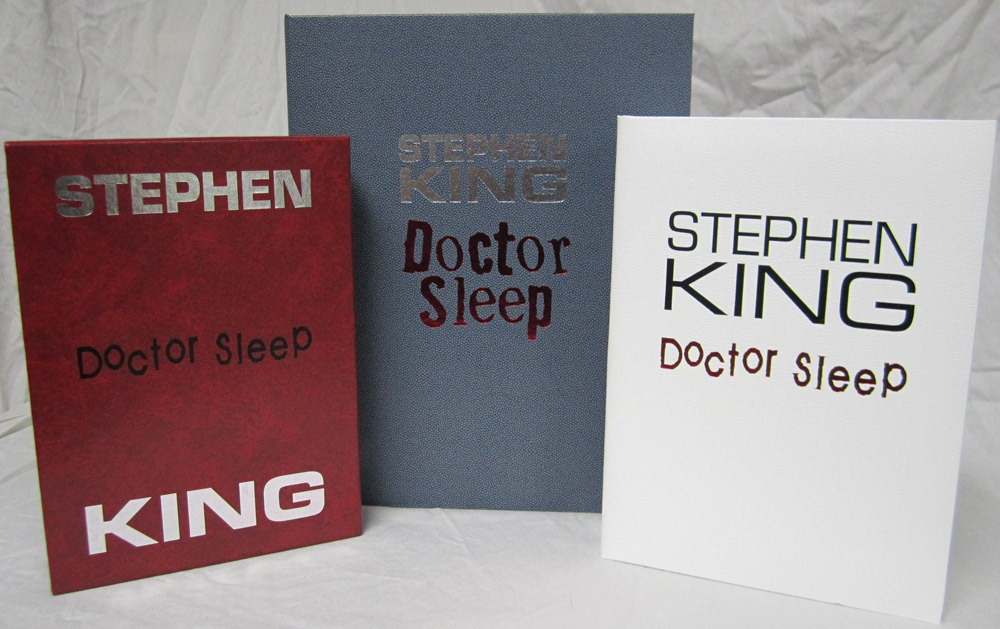 Erin S. Wells grew up on a farm in southwestern Wisconsin, surrounded by corn fields, creeks and wooded hills. She earned a B.A. degree from Coe College in Cedar Rapids, Iowa, and an M.F.A. from the Academy of Art University in San Francisco. Erin now lives happily with her husband amongst the redwoods in California's Santa Cruz Mountains, and works as an illustrator and fine artist.

VERY FINE GUARANTEED. As New as if normally shipped from the publisher. Very Fine without any discernible flaws. A wonderful bright clean copy free of any markings, writings, or stamps. Tight spine. Unread book. The silver page edges may have a couple of manufacturer's superficial marks typical for this book. The dust jacket is now in a brand new archival acid-free Mylar sleeve.