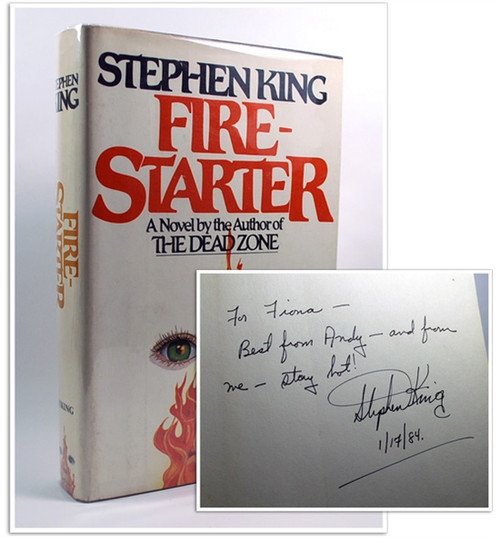 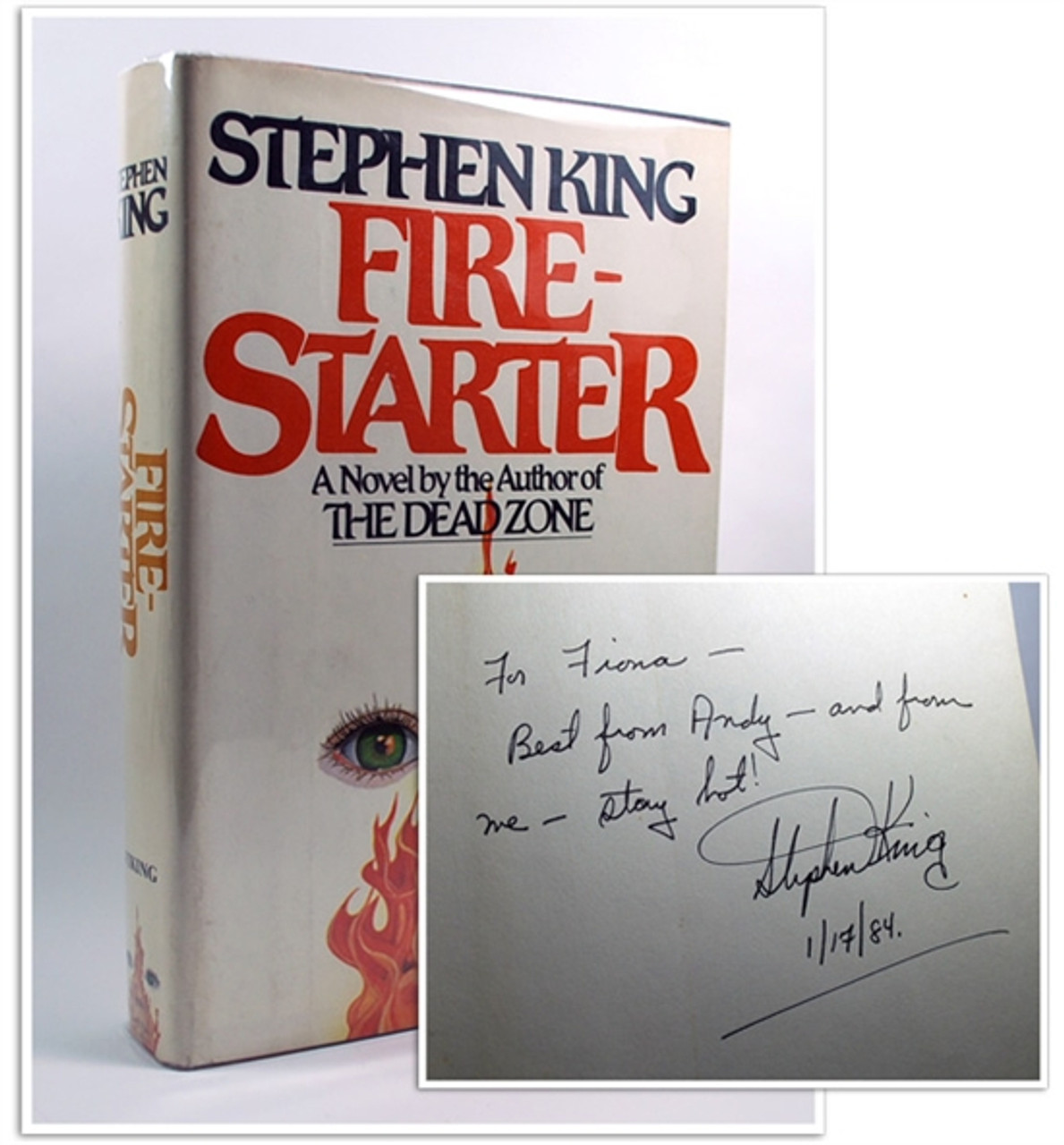 "Andy could feel something building up in the air, building up around Charlie like an electric charge. The hair on his arms suddenly began to stir and move, like kelp in an invisible tide. He looked down at her and saw her face, so small, now so strange. It's coming, he thought helplessly. It's coming, oh my God, it really is."

Excellent quality of this highly collectible and rare book. A 27 year old hardcover that is not only a remarkable book, but also a beautiful and original collector grade book worthy of your Stephen King library.

If you are searching for a Signed First Edition of Firestarter, signed and dated only one year after publication (1981), then this is the one. A very clean and sharp collector grade hardcover book, scarce in this condition. Authentic - Original - Vintage King. Early autograph.

Near Fine. A wonderful bright clean copy. Free of markings, writings, or stampings. Un-clipped dust-jacket free of stains, tears, etc. Square and tight spine as shown. A well-cared for book, protected from any potential damage. The binding is uniform and tight, pages clean, and with no scuffs, marks, dents, bruises, etc. This book stands out as having had excellent care. Protected in brand new Mylar covering. Spine lettering clear and not faded. Mild tanning to some areas of dust jacket with a few marks on the back. Clean boards with no bumped corners.