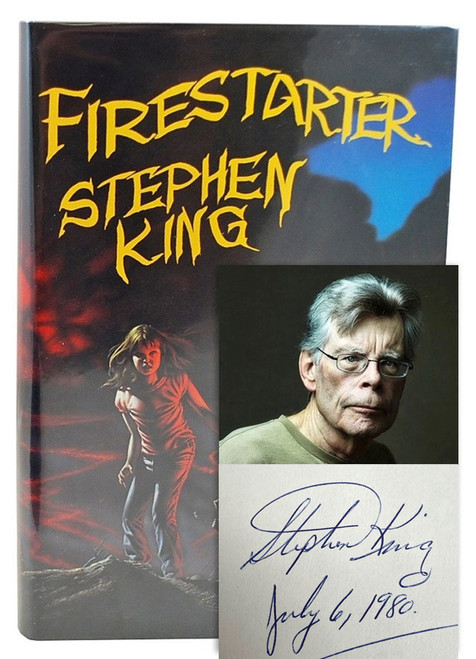 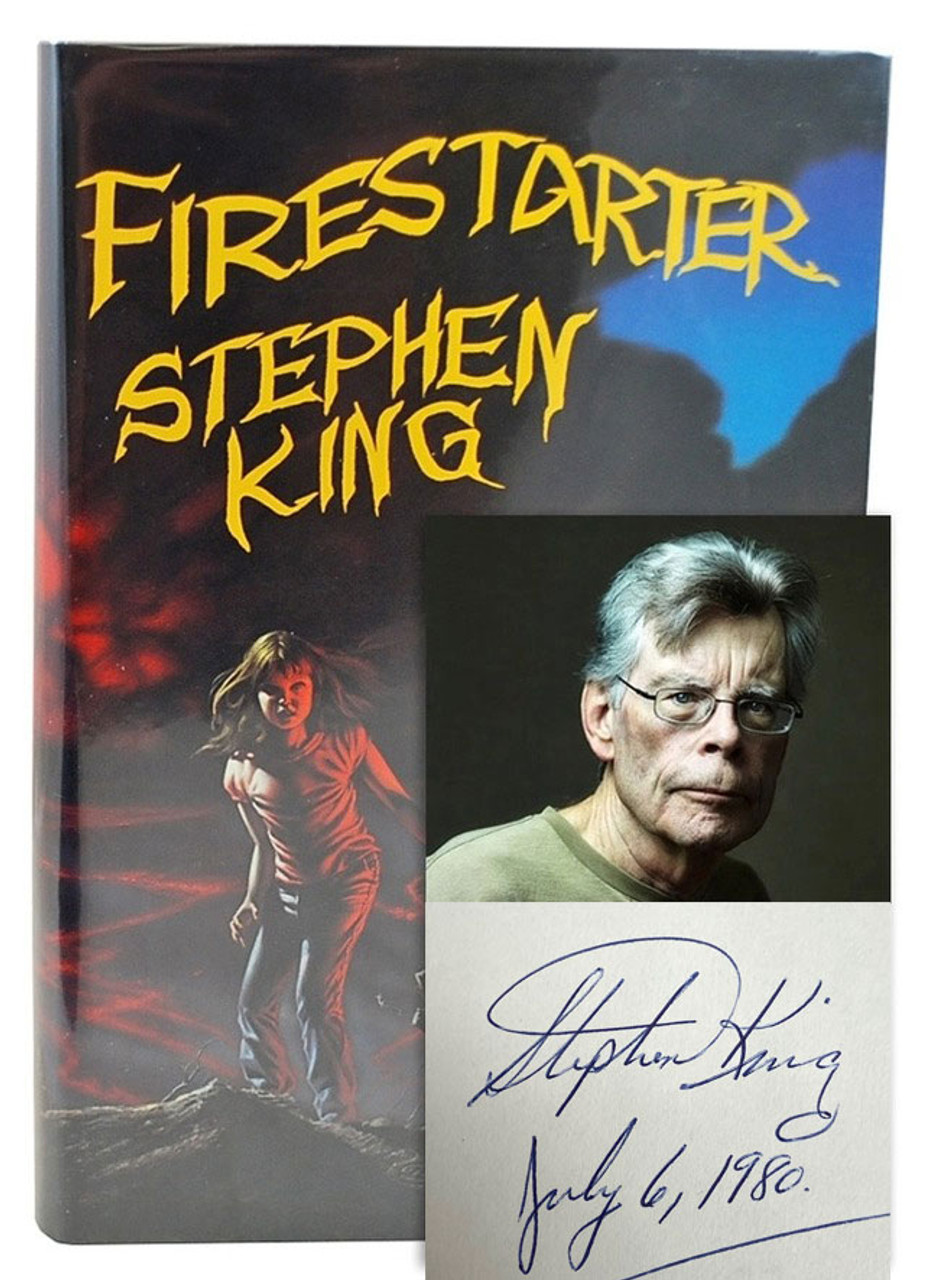 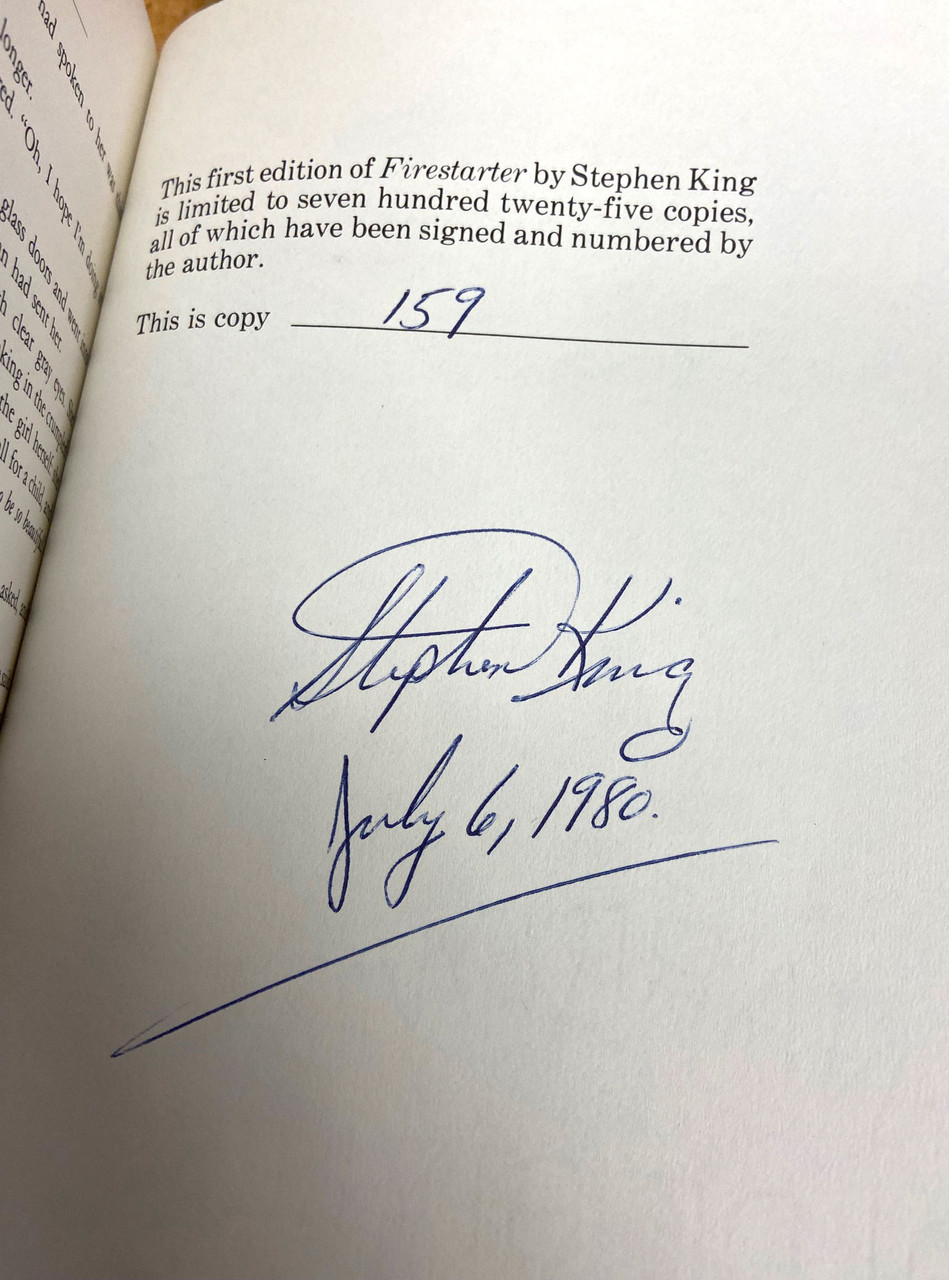 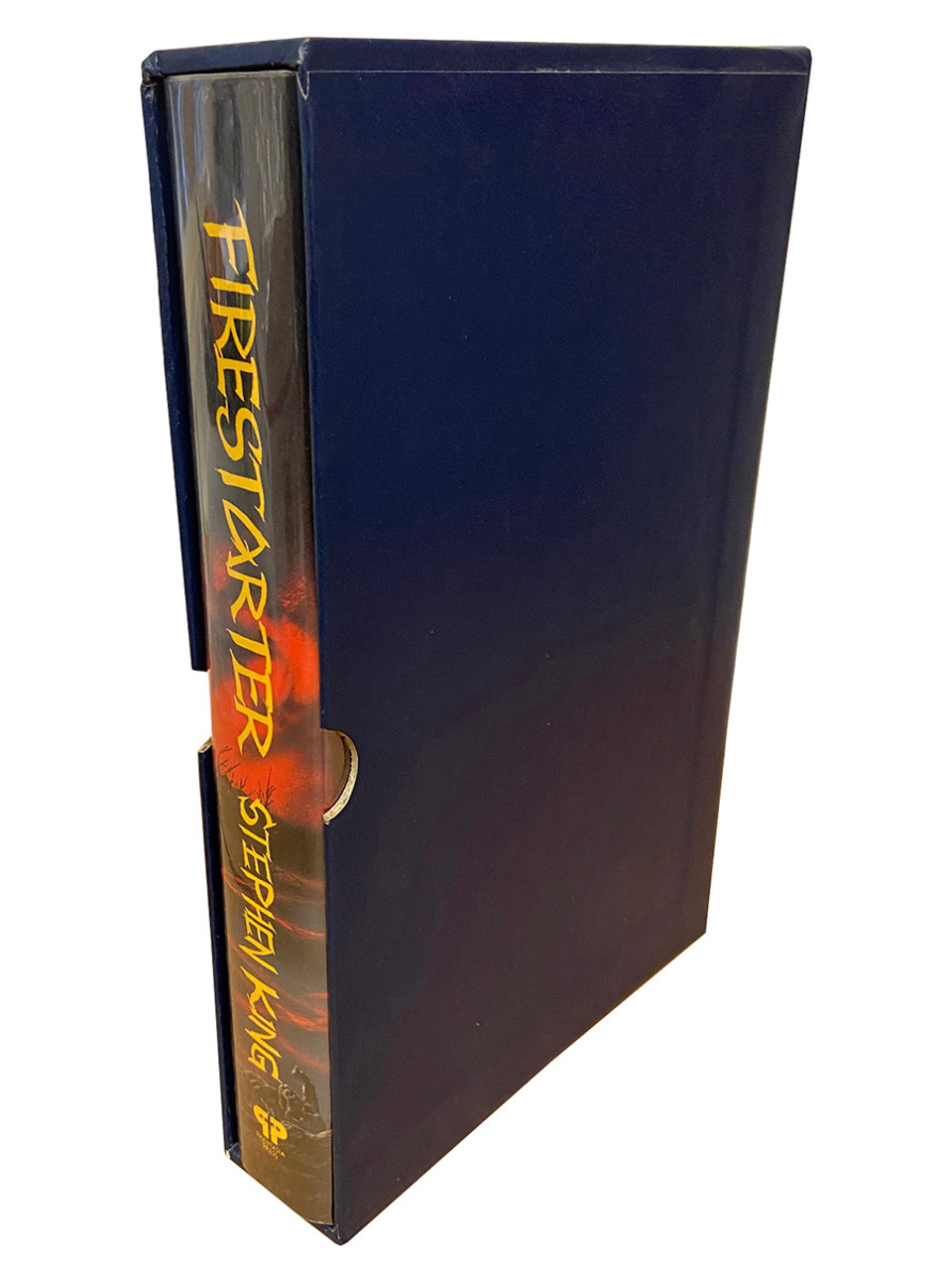 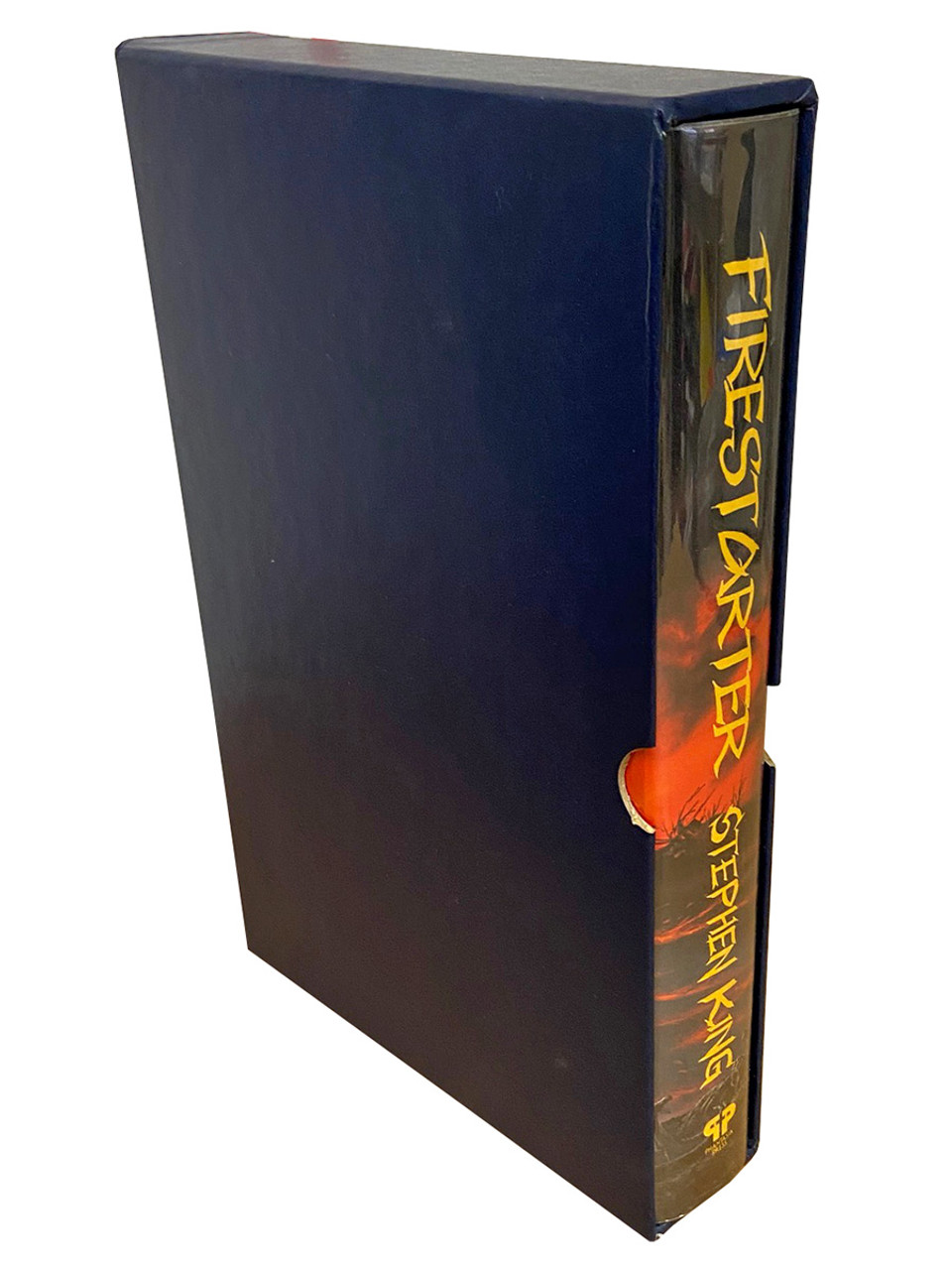 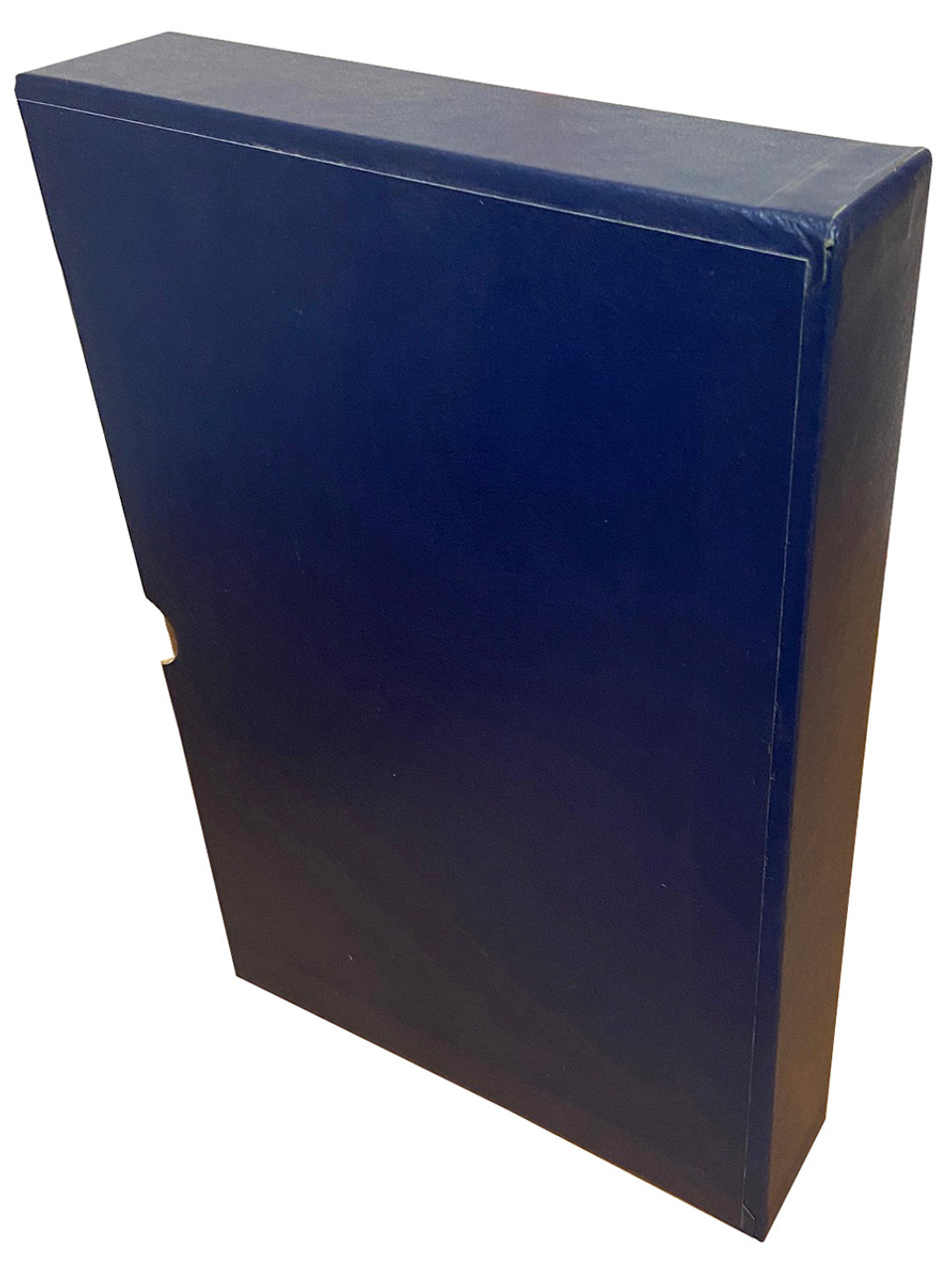 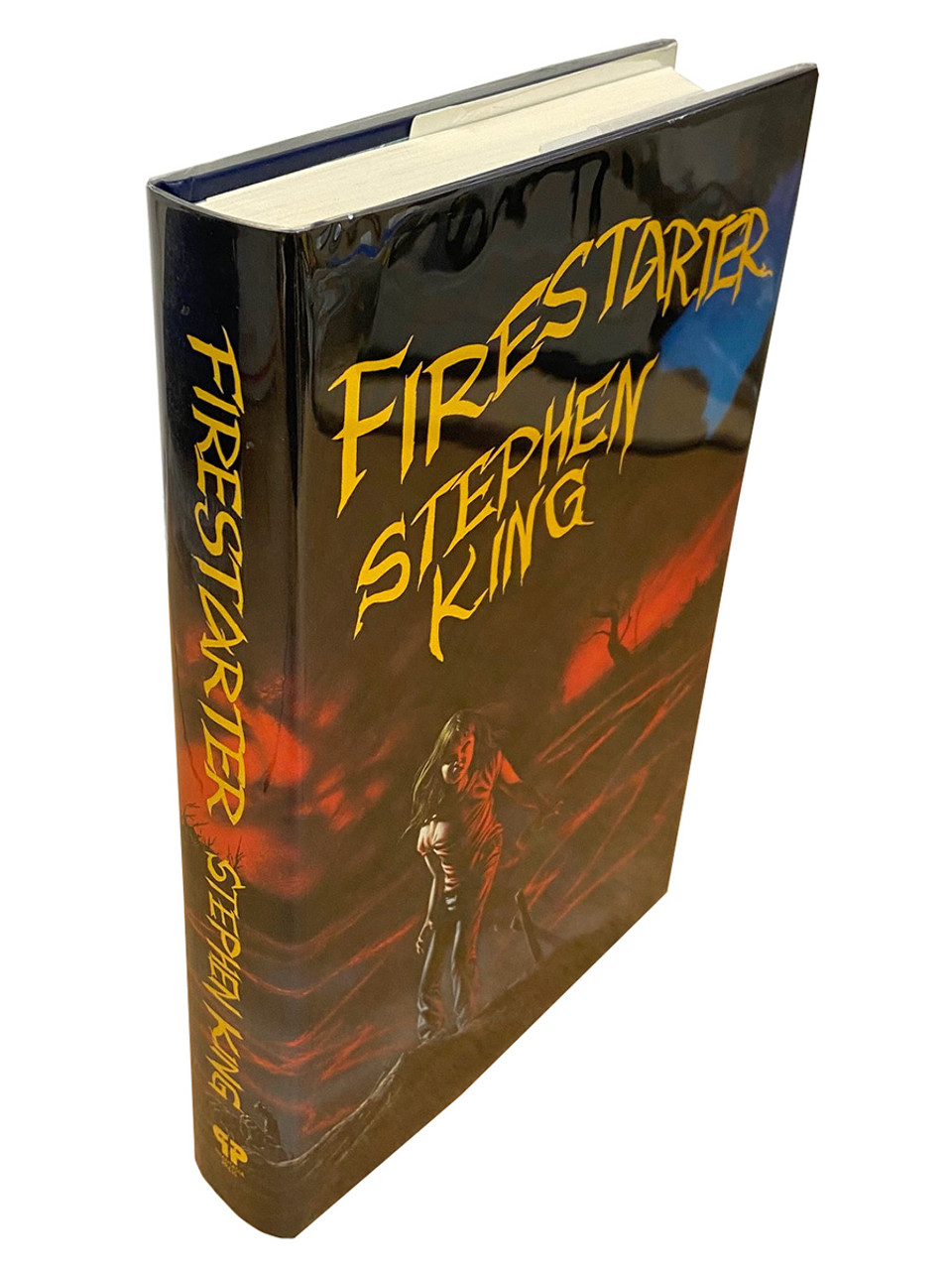 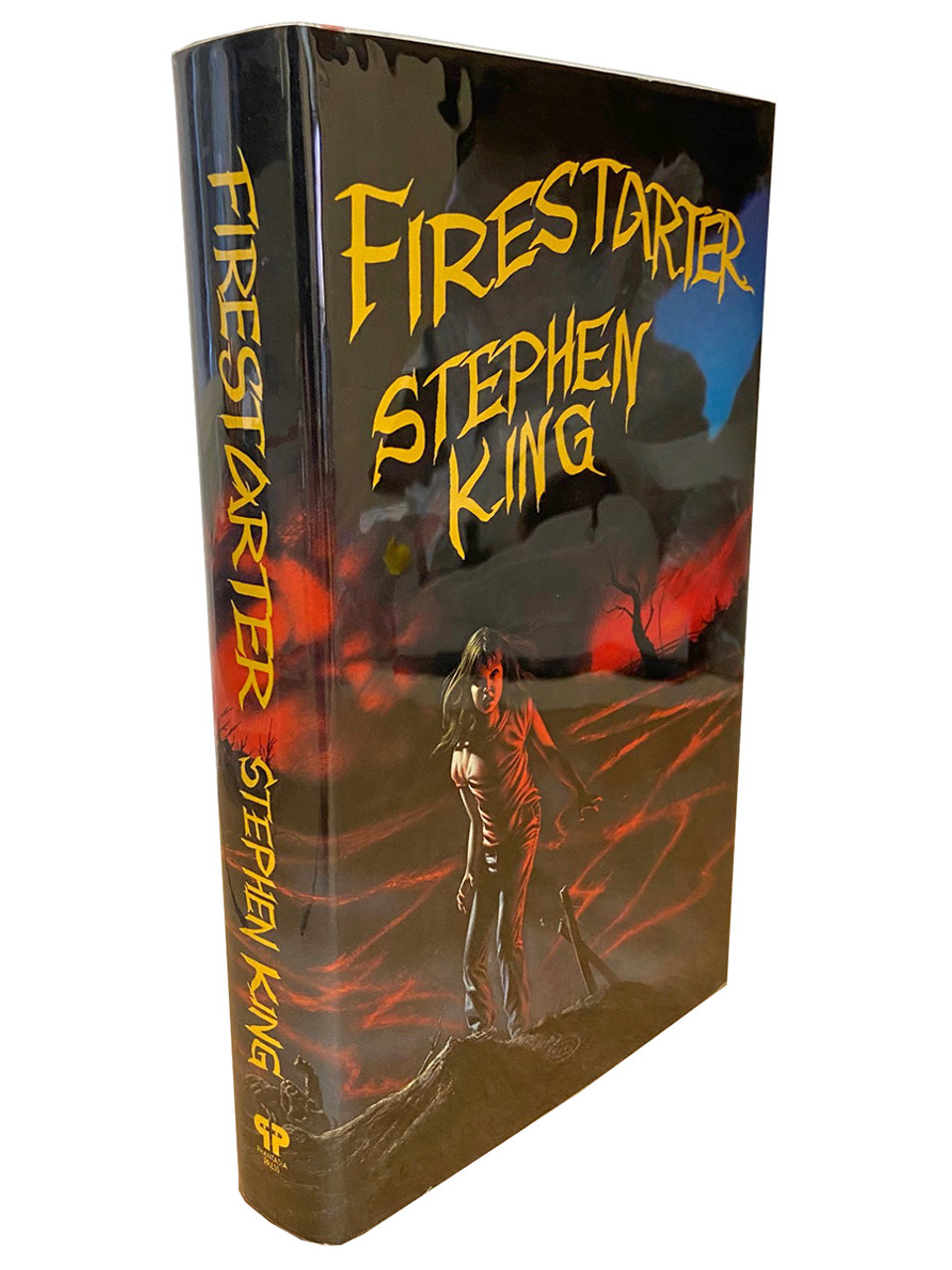 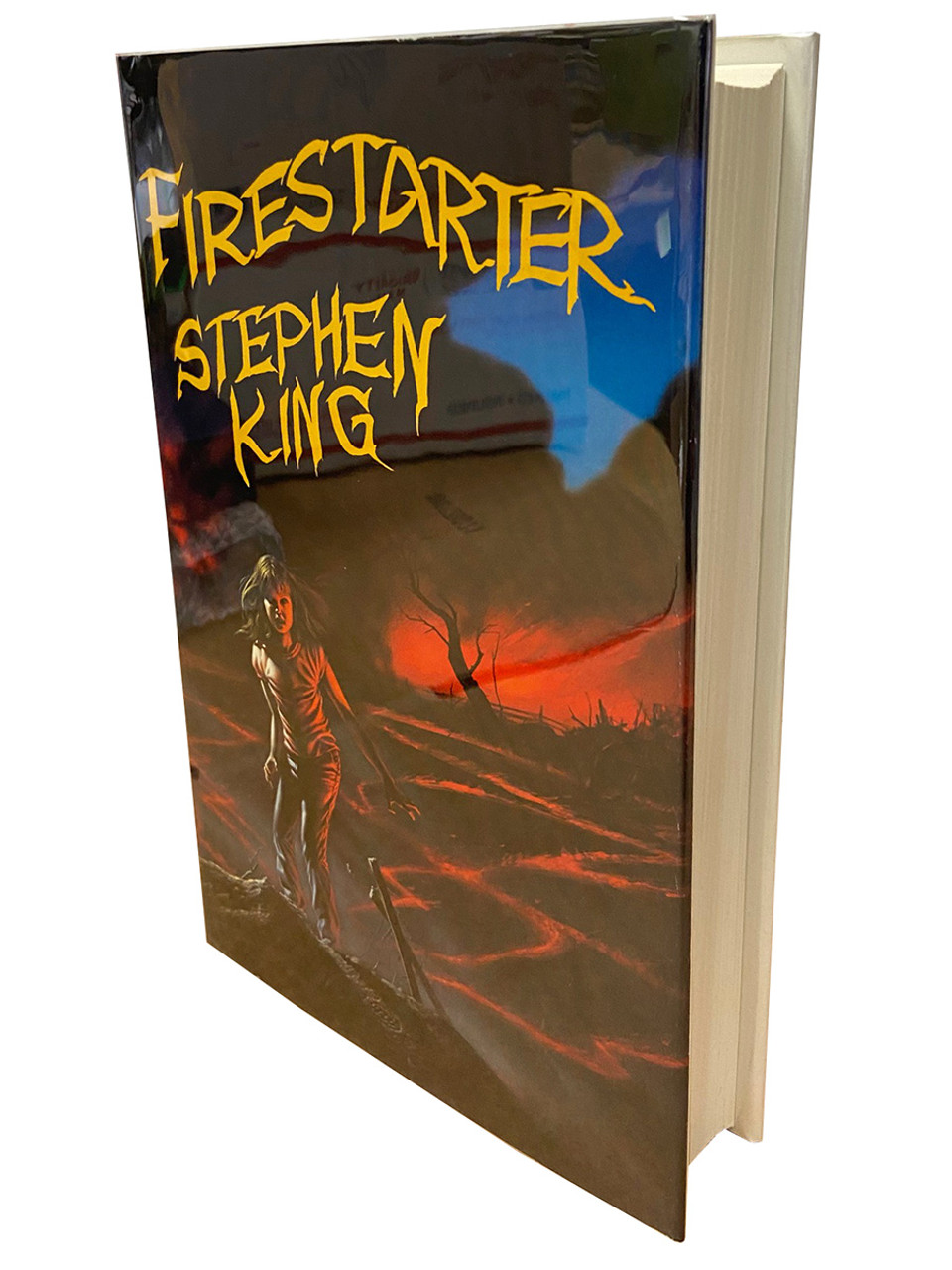 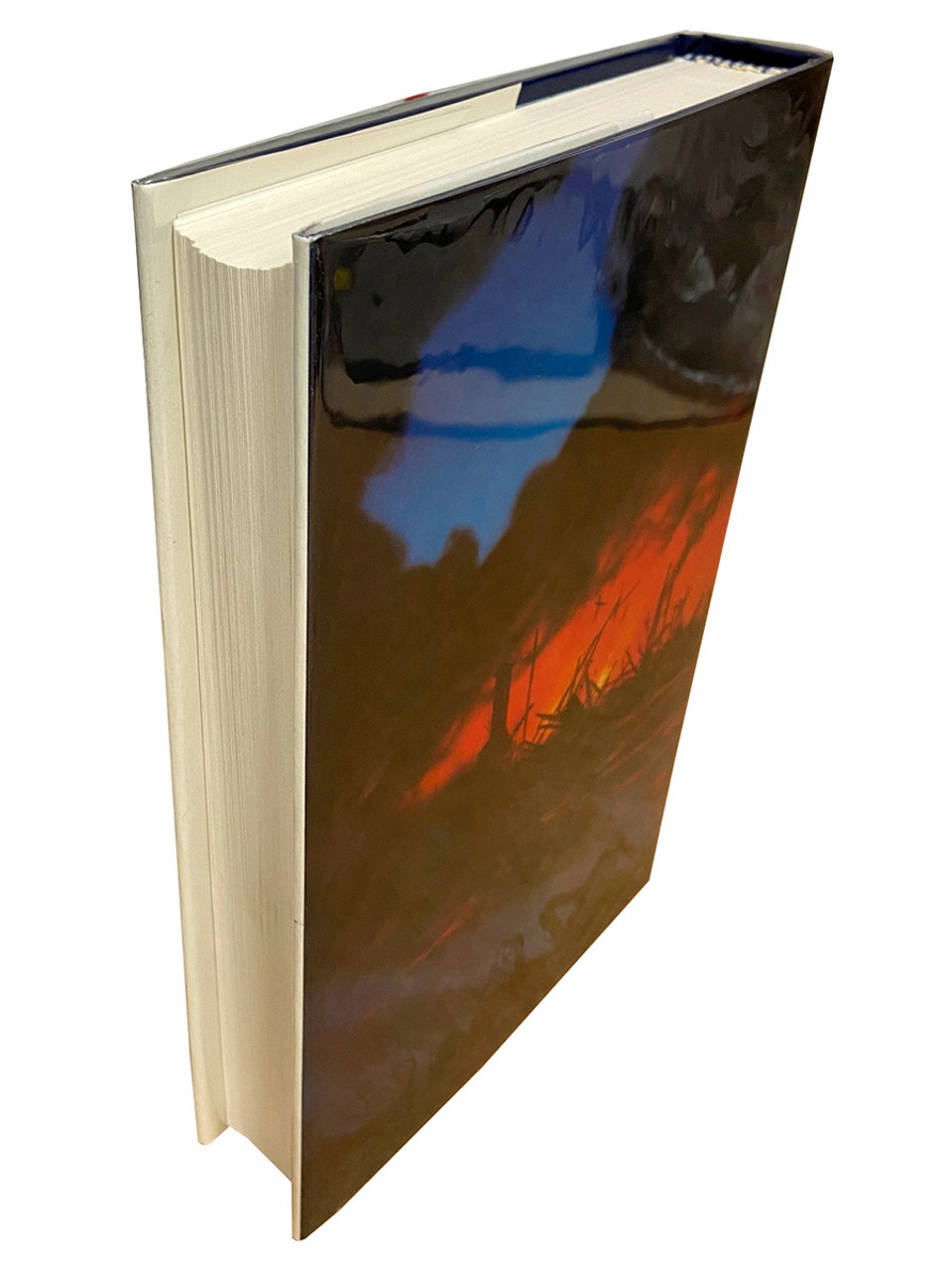 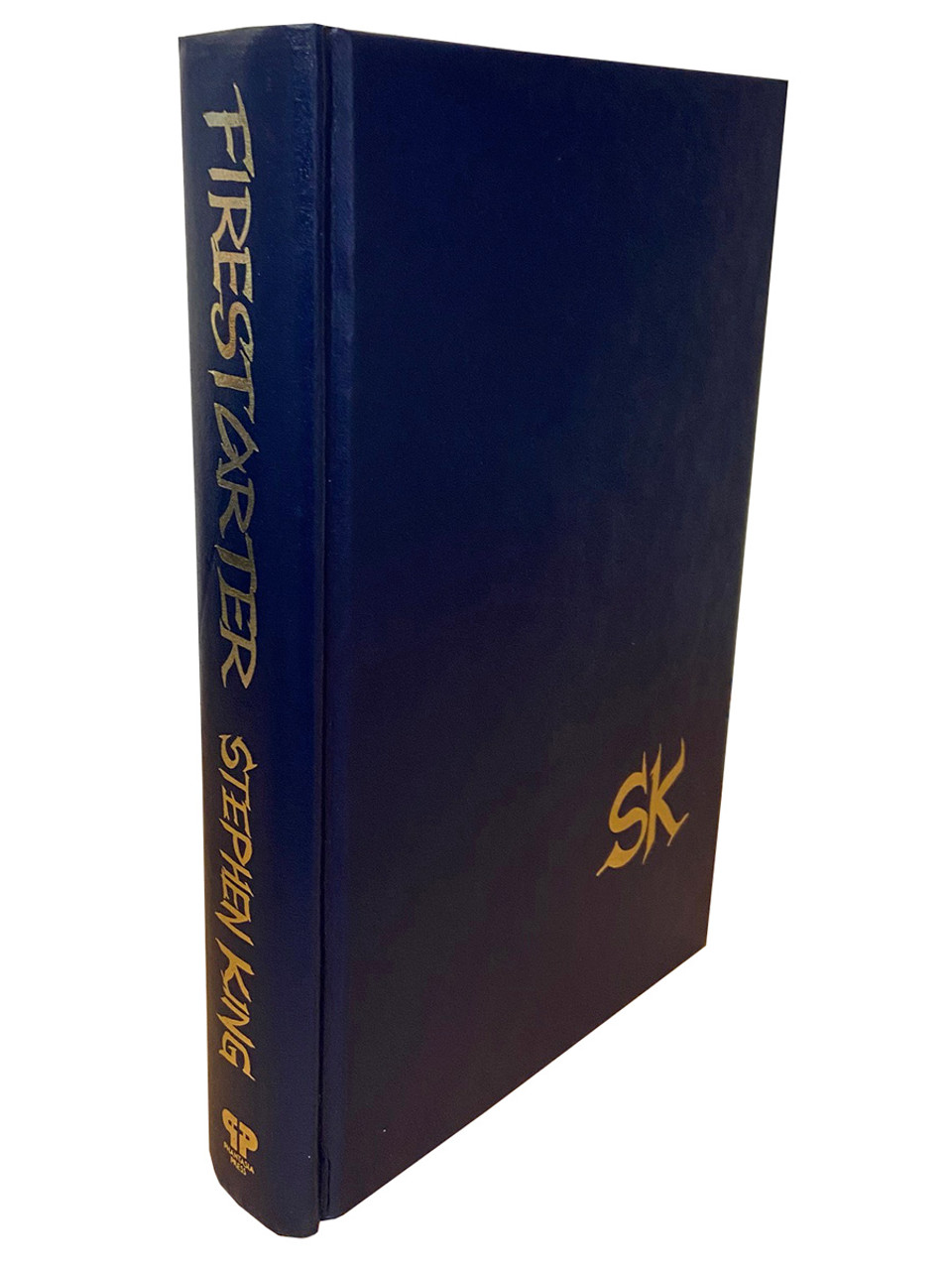 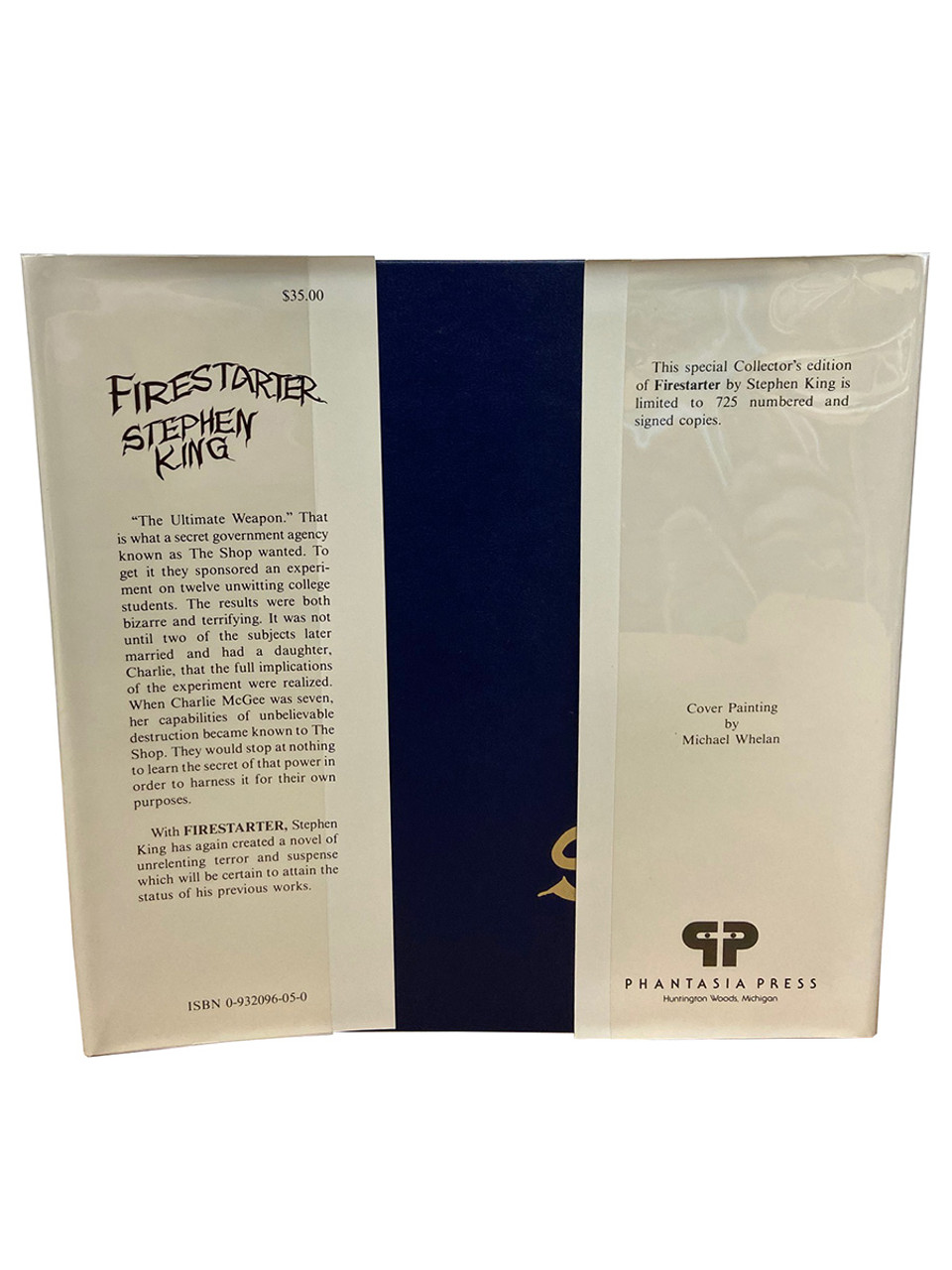 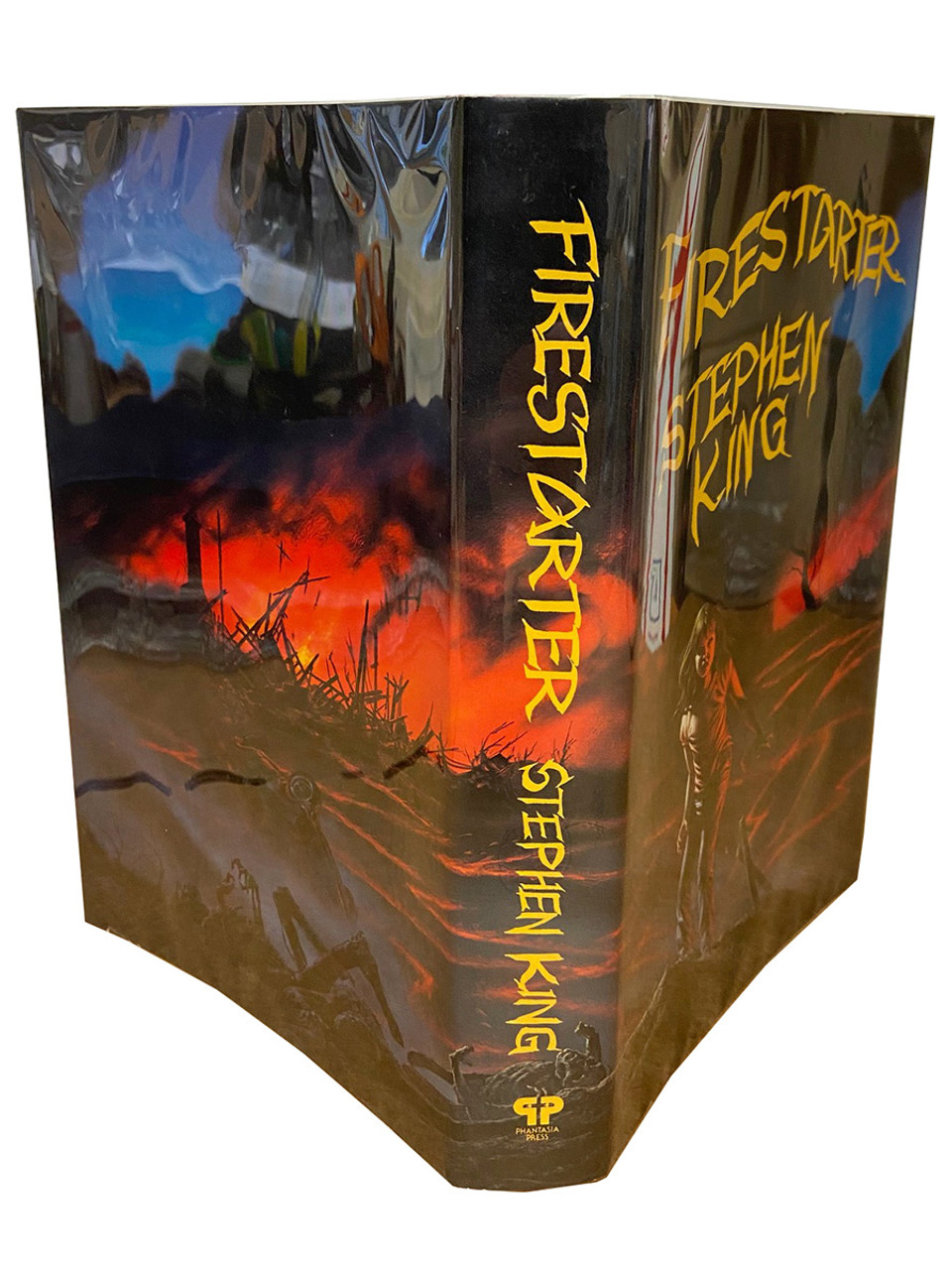 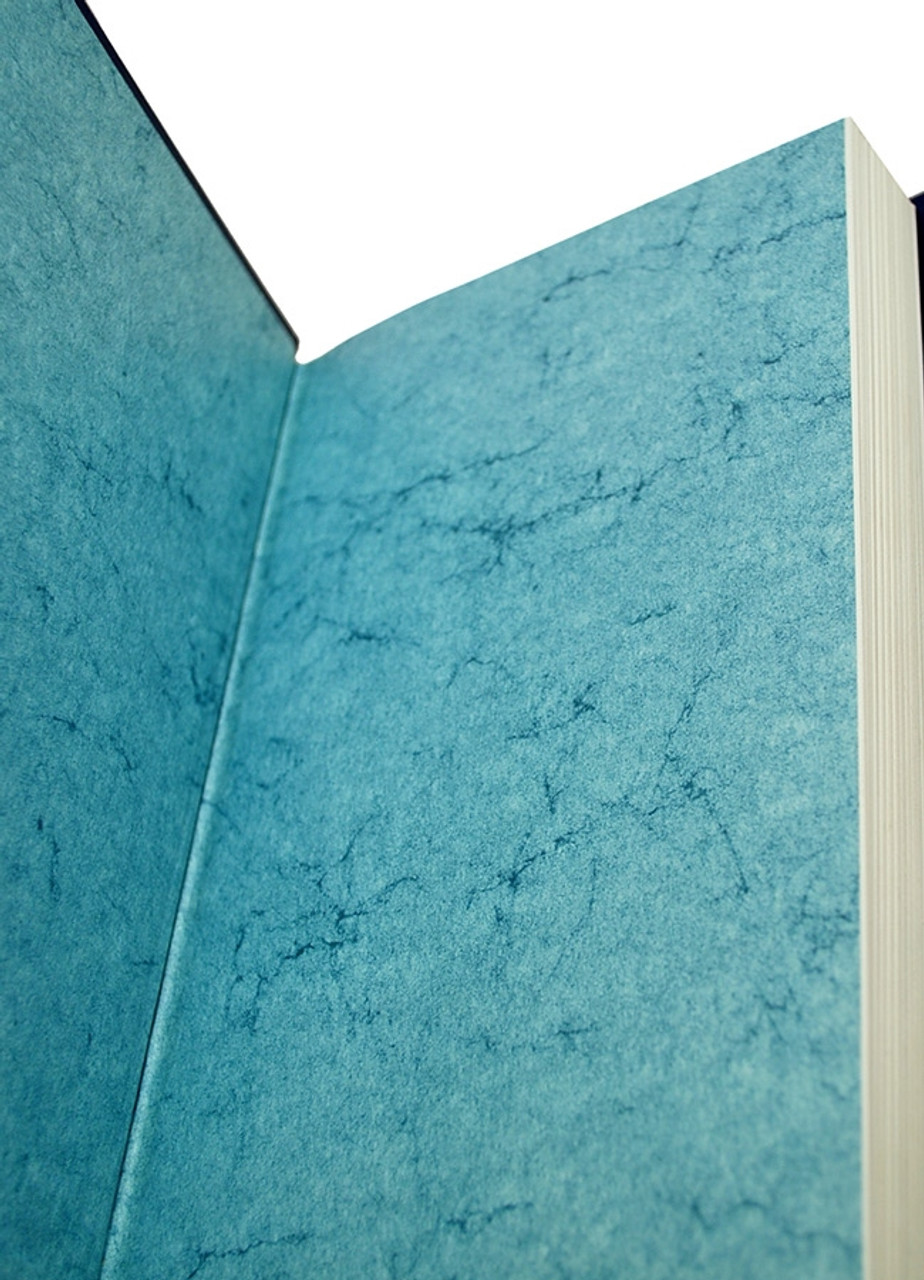 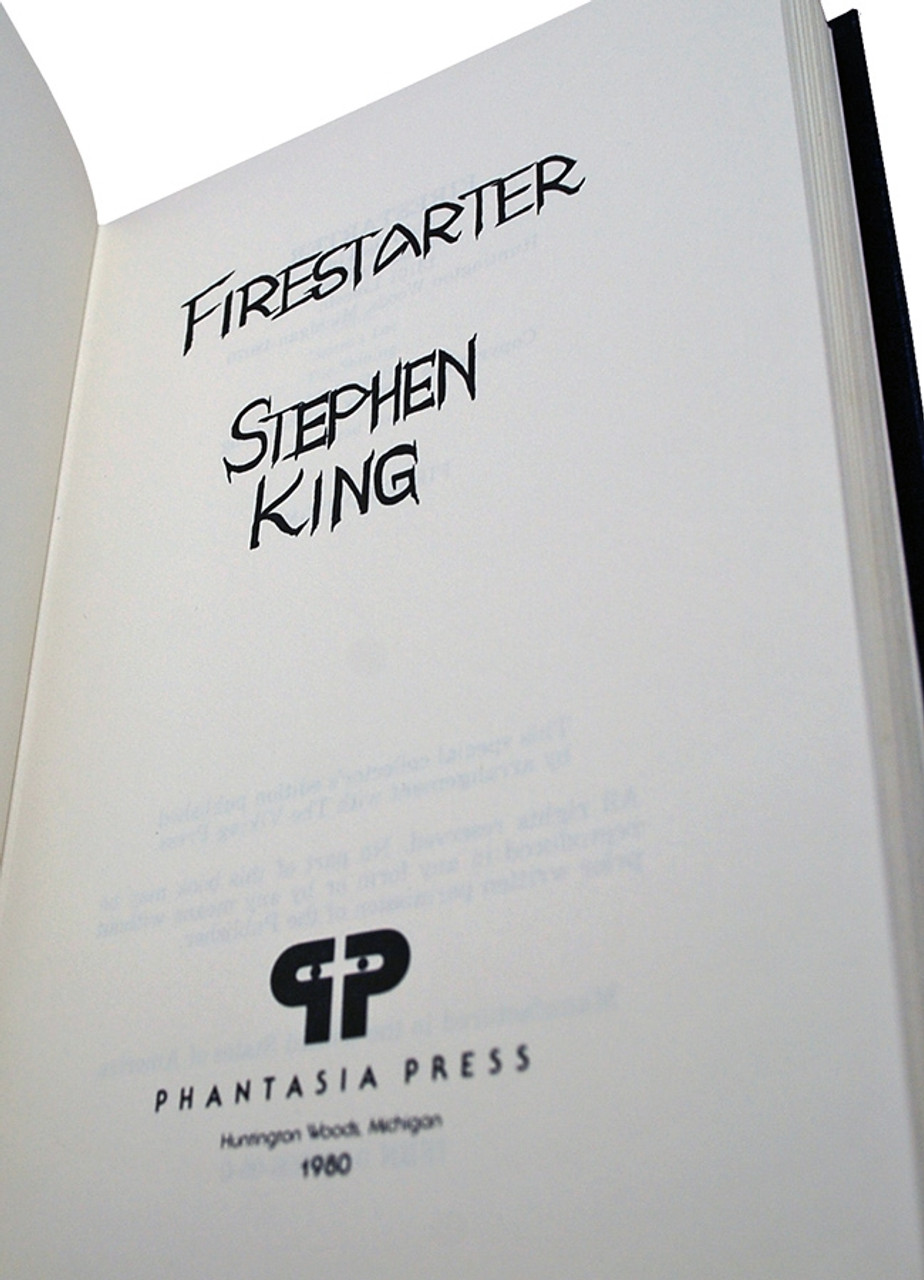 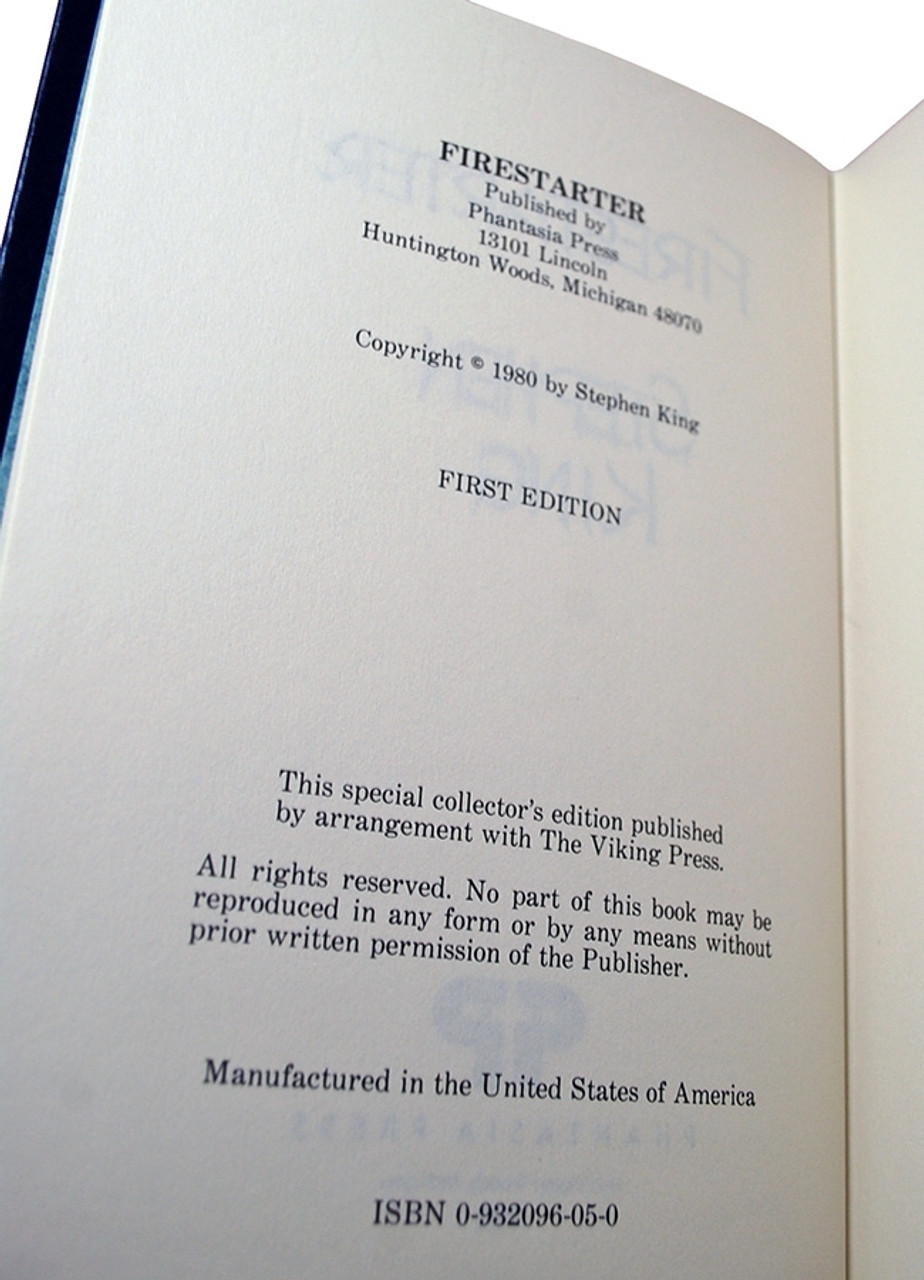 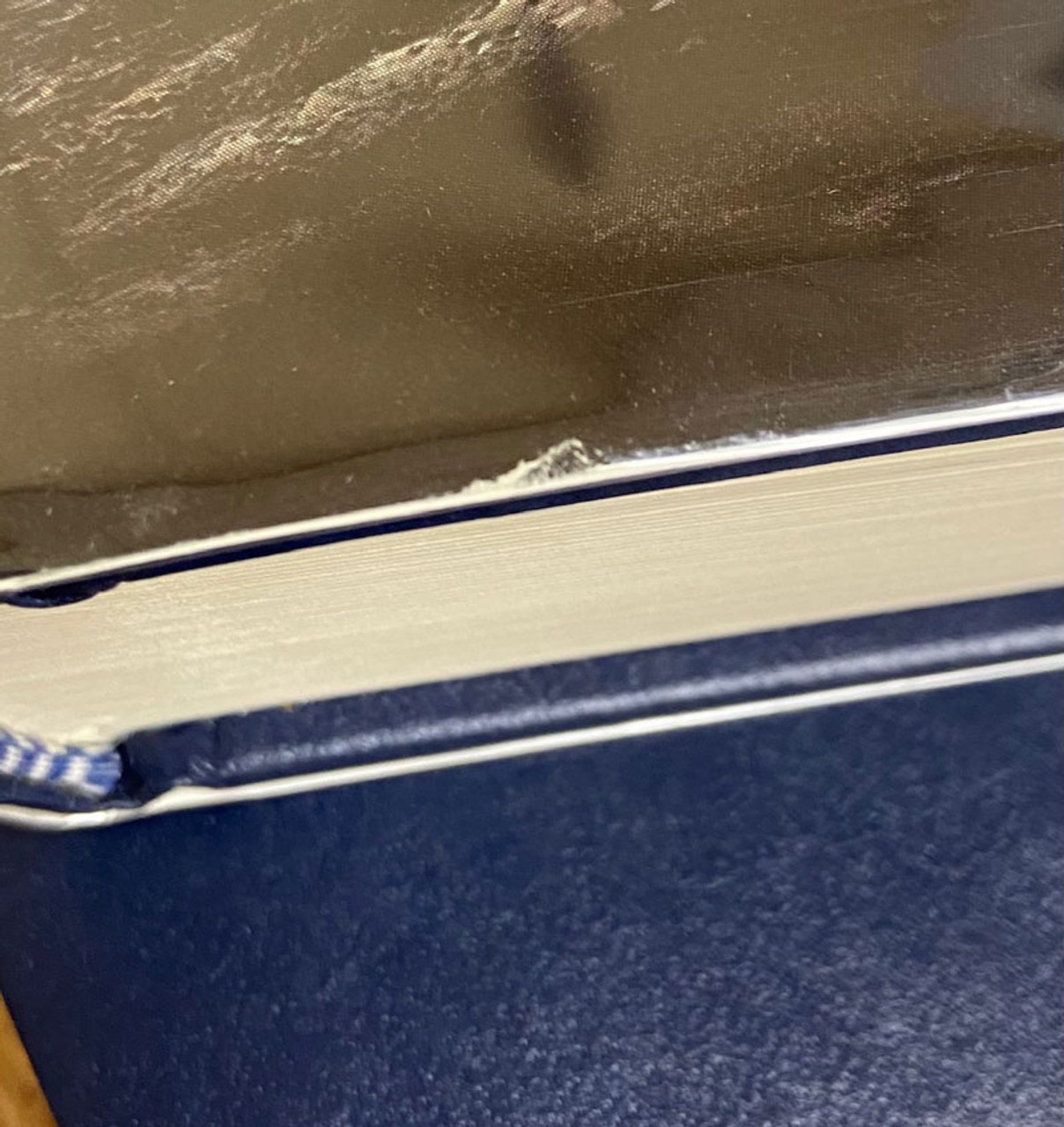 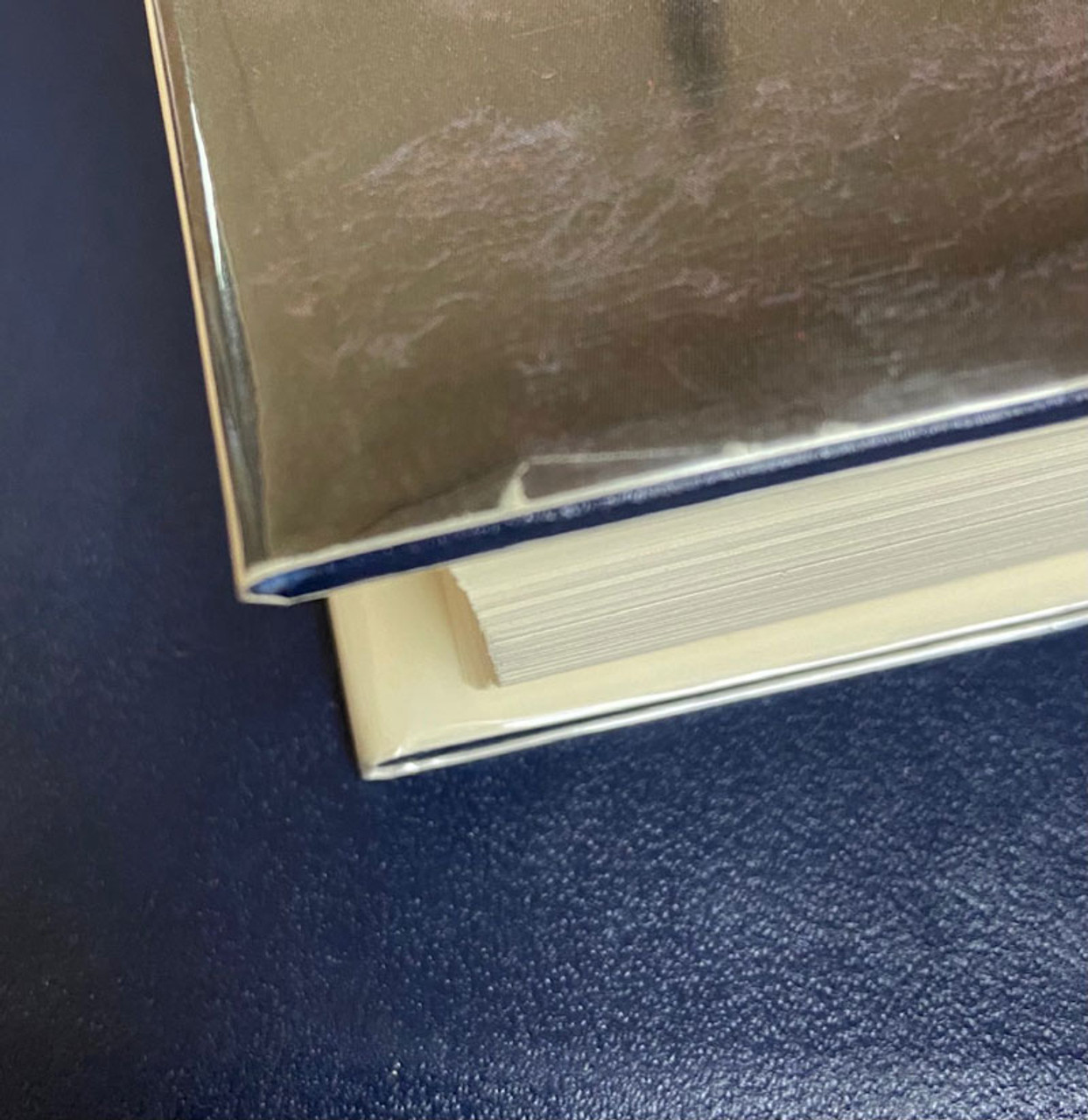 Personally signed and dated by Stephen King on July 6, 1980

A rare book for the discerning collector, and one of the most highly sought after King collectibles in the market place today. This is the very first signed limited edition published by Stephen King.

Phantasia Press, Huntington Woods, Michigan. 1980. "Firestarter" by Stephen King. Signed Limited First Edition. Original slipcase and dust-jacket. Personally signed and dated by Stephen King on "July 6, 1980", the second of the four days of the signing. FIRST EDITION as stated on the copyright page.  This edition has continued to appreciate in recent years. Fine/Fine with a Near Fine+ dust-jacket. Two small chips to the bottom edge as shown.

Firestarter was adapted into a movie in 1984, directed by Mark L. Lester and starring Drew Barrymore as Charlie, David Keith as Andy, and George C. Scott as Rainbird. It also starred Heather Locklear and Martin Sheen. The movie was filmed in and around Lake Lure, North Carolina.

A TV movie sequel, Firestarter 2: Rekindled, was made in 2002. It starred Marguerite Moreau as a grown-up Charlie and Malcolm McDowell as Rainbird.
Folk music singer-songwriter Julia Ecklar has adapted the novel into the song "Daddy's Little Girl."

Hardcover with dust-jacket in a blue slipcase.
Fine hardcover book with a Near Fine+ dust-jacket with two small chips to the bottom edge as shown. The book is without any markings, writings, or stampings. A well-cared for book, protected from any potential damage. The binding is uniform and tight, pages clean, and with no scuffs, marks, dents, bruises, etc. This book stands out as having had exemplary care. Fine slipcase as shown. The dust-jacket is now protected in a brand new archival acid-free Mylar cover.