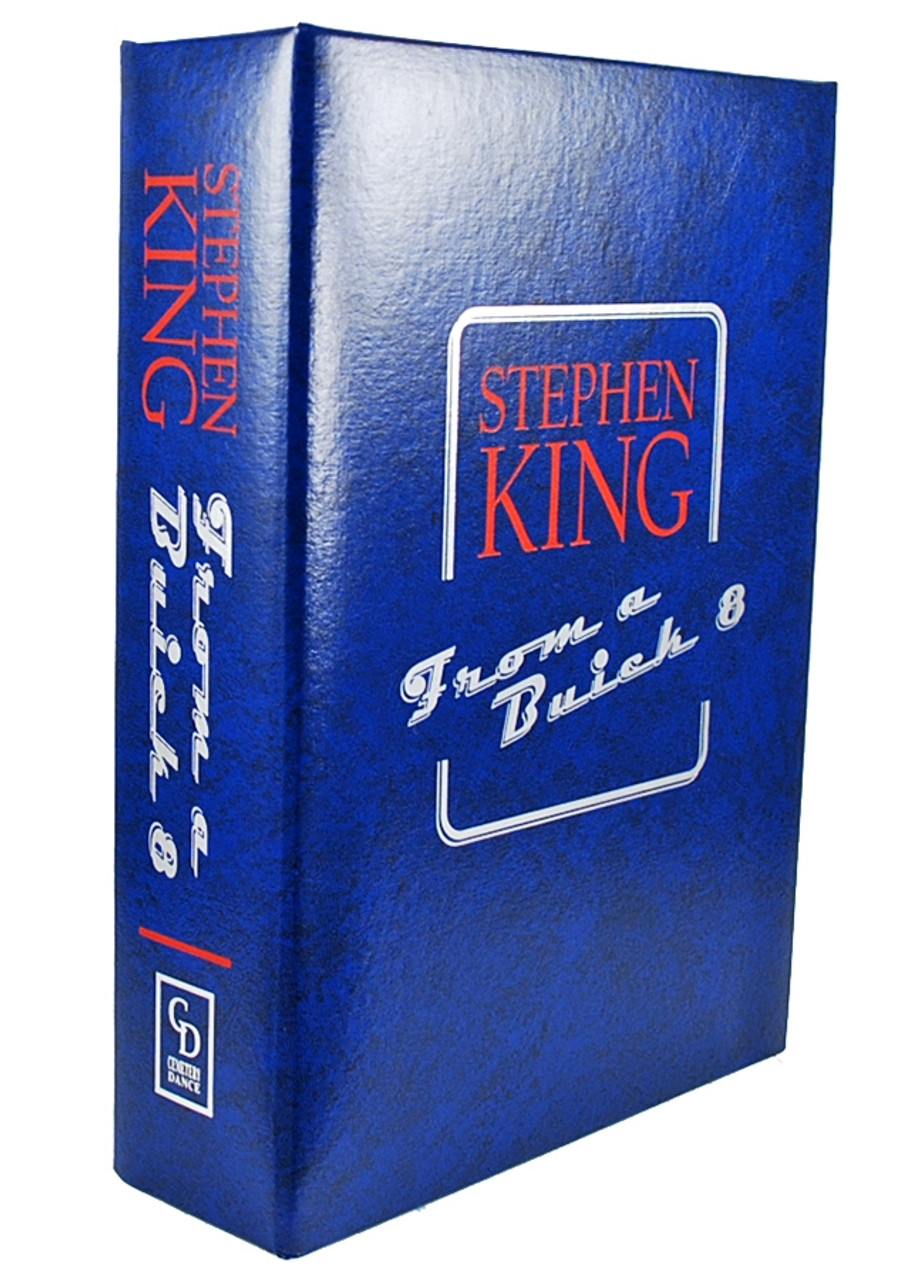 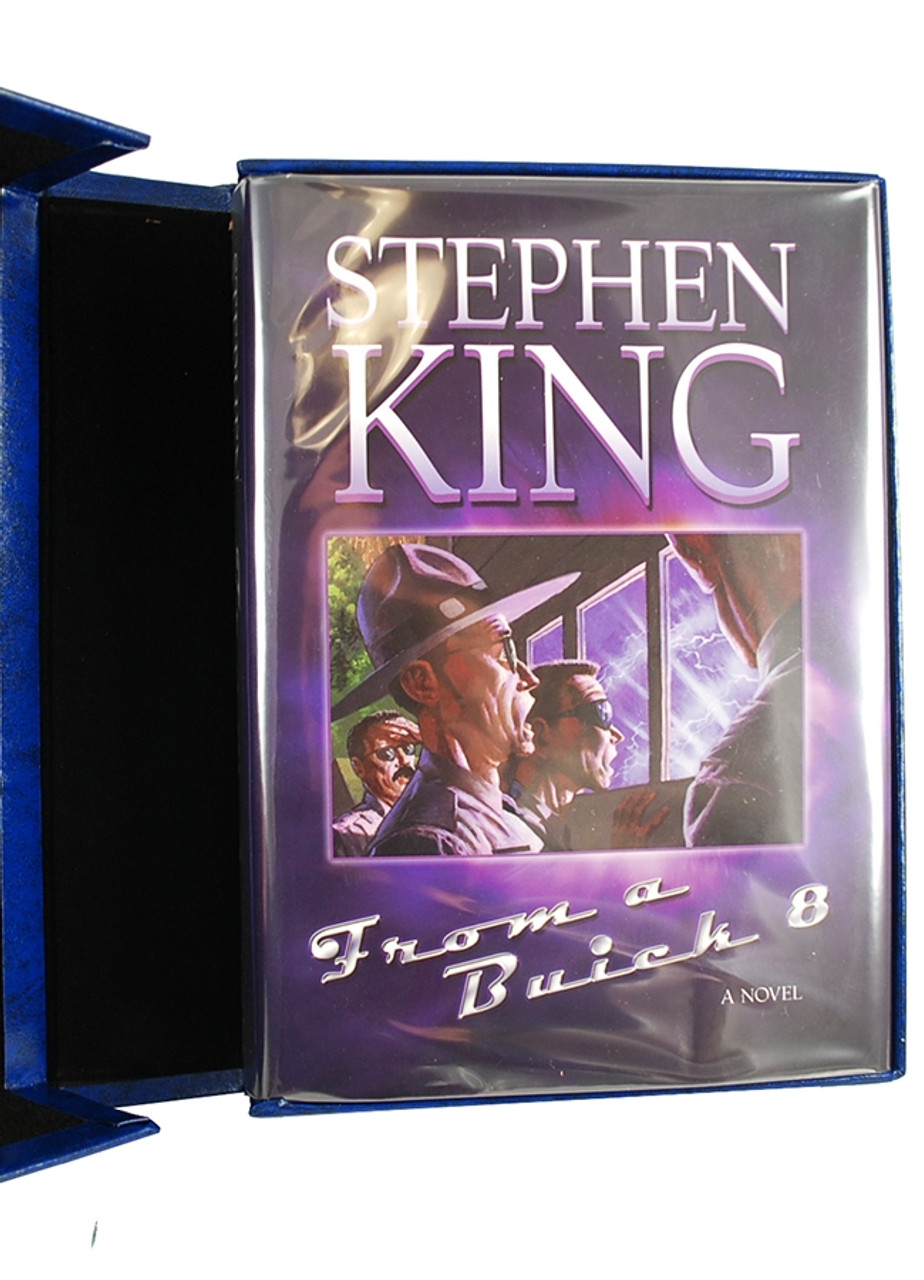 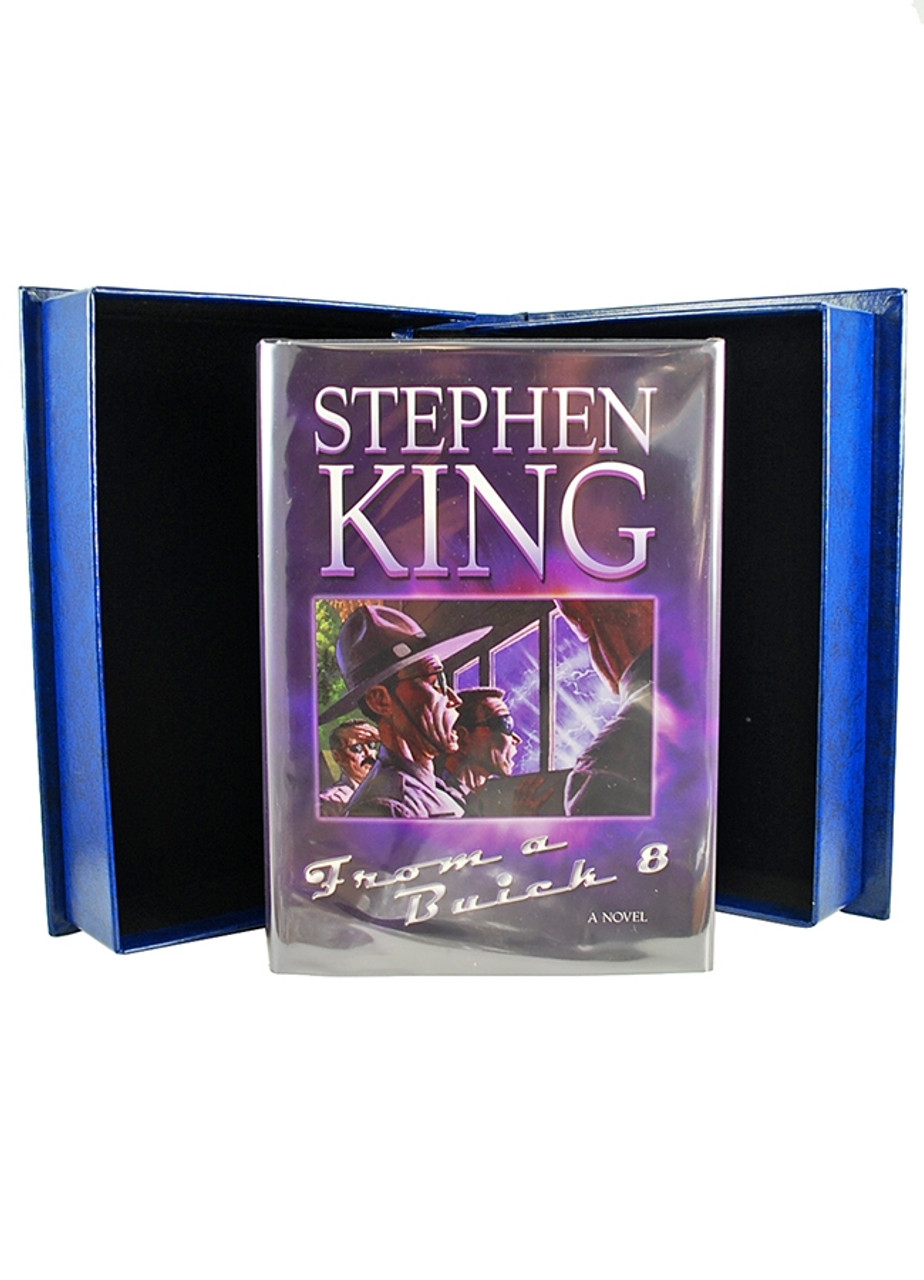 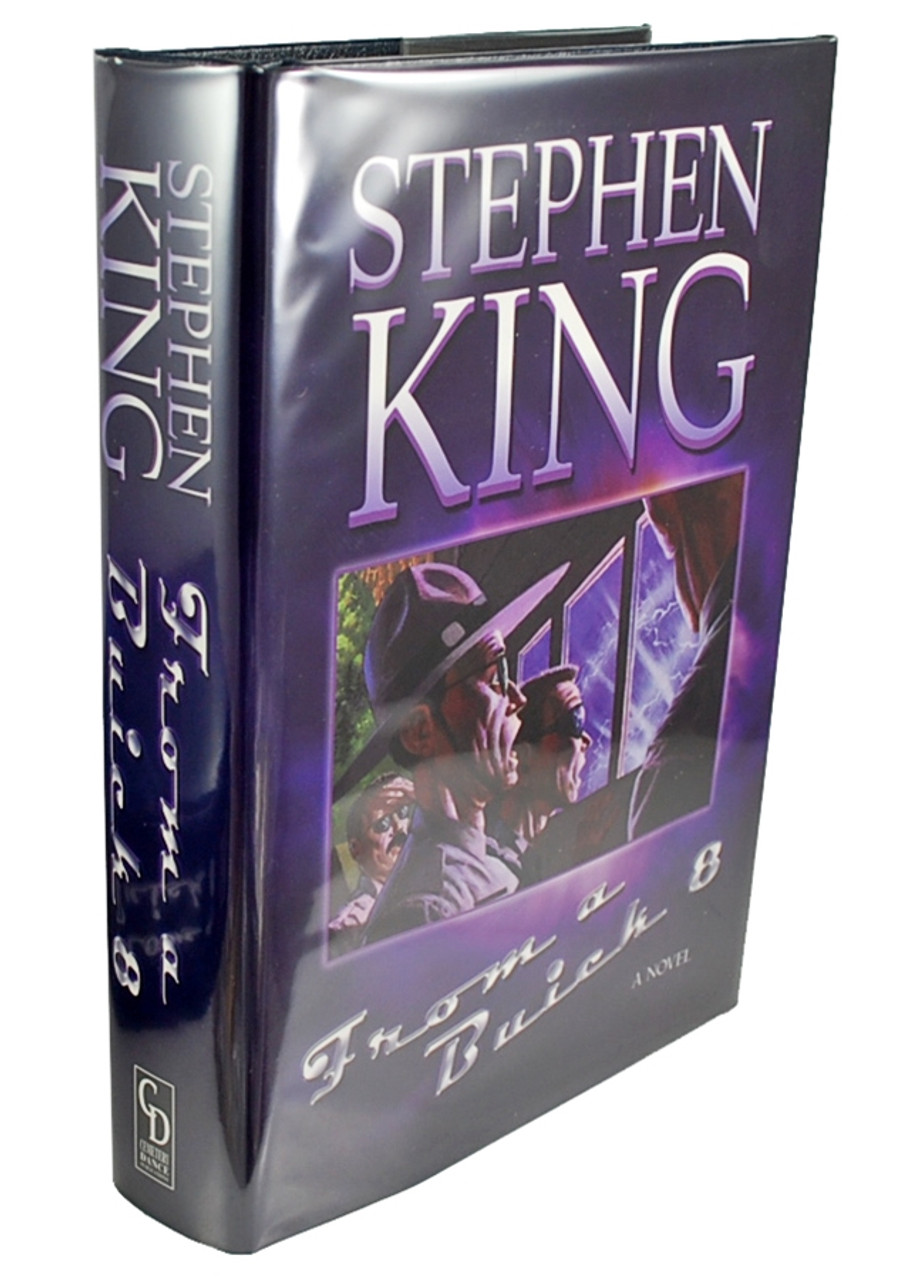 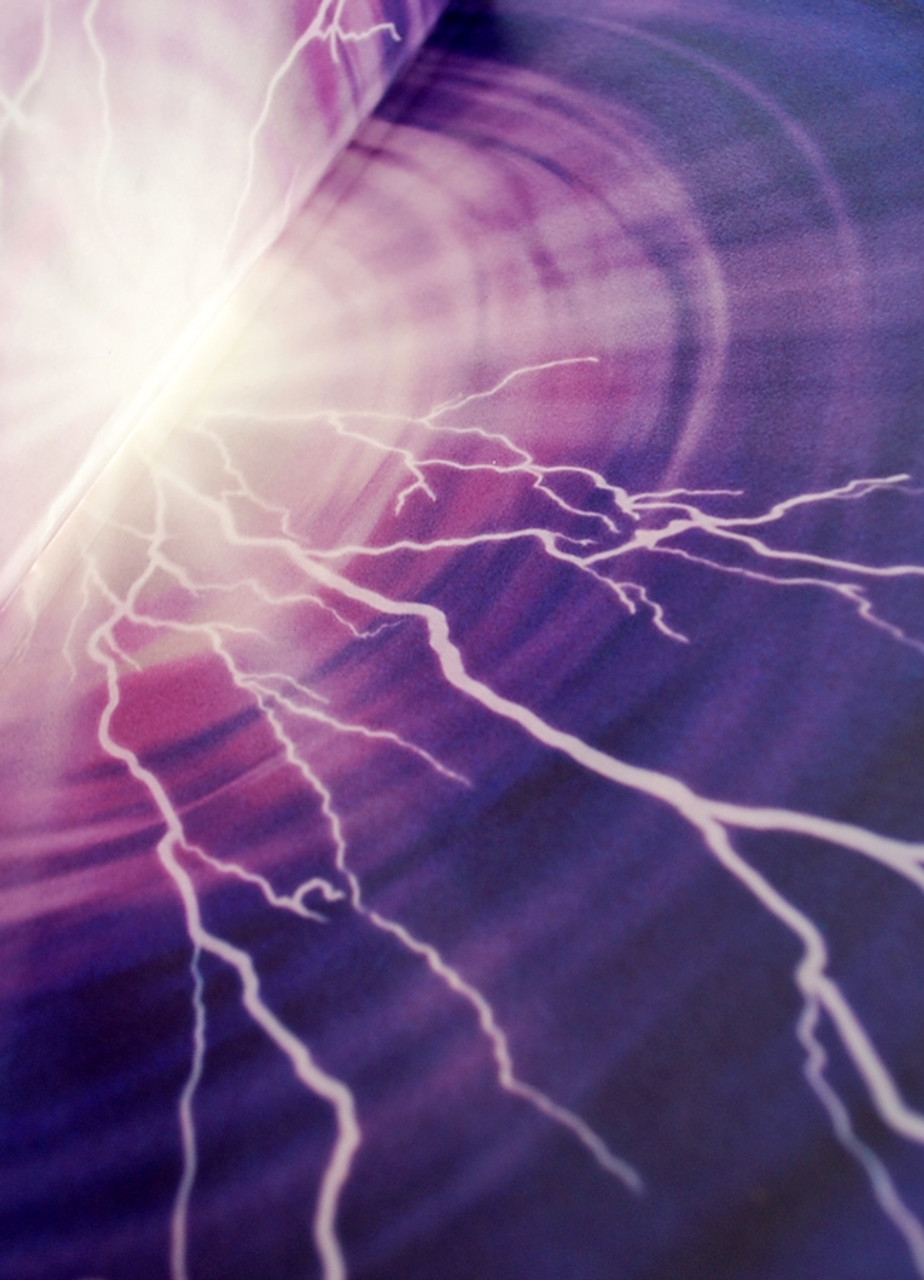 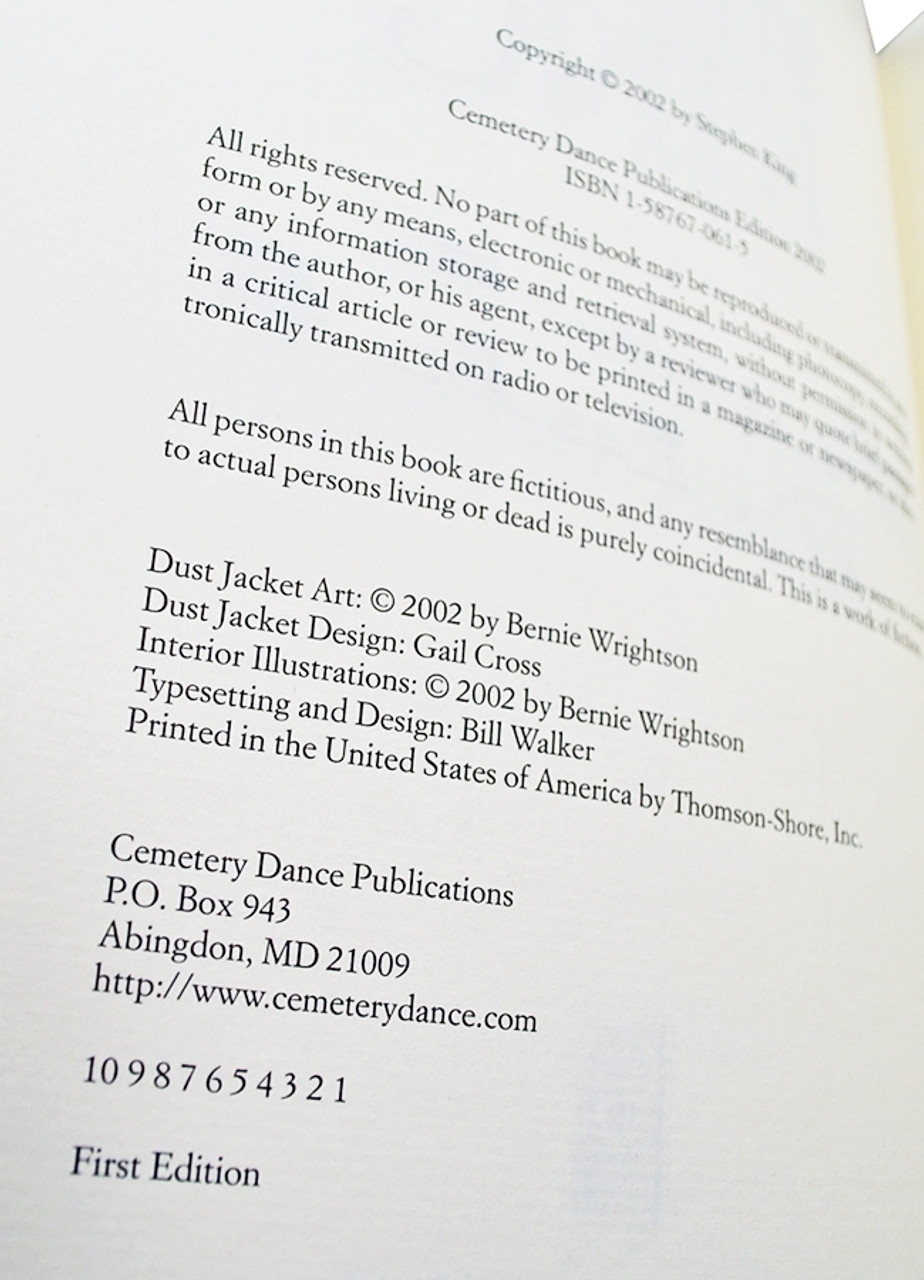 Leather binding with red and silver gilt decoration/printing, with special dustjacket (different than trade edition) in a folding leather-bound clamshell case lined with matching felt and again with silver gilt and red decoration/printing. Color and B&W artwork by Bernie Wrightson, who also did the artwork for The Stand and Cycle of the Werewolf.

From a Buick 8 is a novel by horror writer Stephen King (ISBN 0-7432-1137-5). Published on September 24, 2002, this is the second novel by Stephen King to feature a supernatural car (the first one being Christine, which like this novel is set in Pennsylvania); King's short story "Trucks" also involved paranormal events involving vehicles. According to the book sleeve: "From a Buick 8 is a novel about our fascination with deadly things, about our insistence on answers when there are none, about terror and courage in the face of the unknowable." The title comes from Bob Dylan's song "From a Buick 6". Award winning independent publisher Cemetery Dance Publications published a signed Limited Edition of the book in 2002. 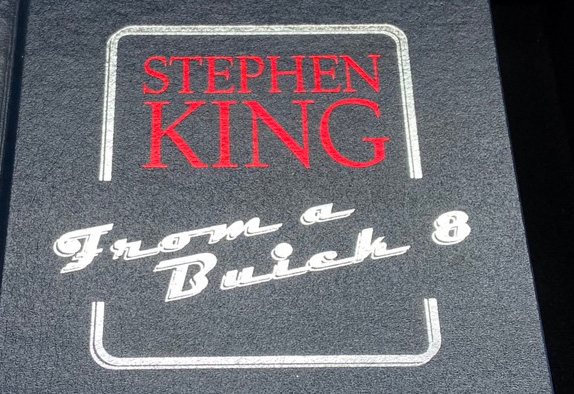 Film, TV or theatrical adaptations There is talk of a movie adaptation of this book. At the helm is veteran director George A. Romero, who also directed another Stephen King adaptation, The Dark Half. The film has a possible 2007 release. The screenplay was written by Richard Chizmar, founder of Cemetery Dance Publications, and Johnathon Schaech, star of the Tom Hanks film, That Thing You Do. 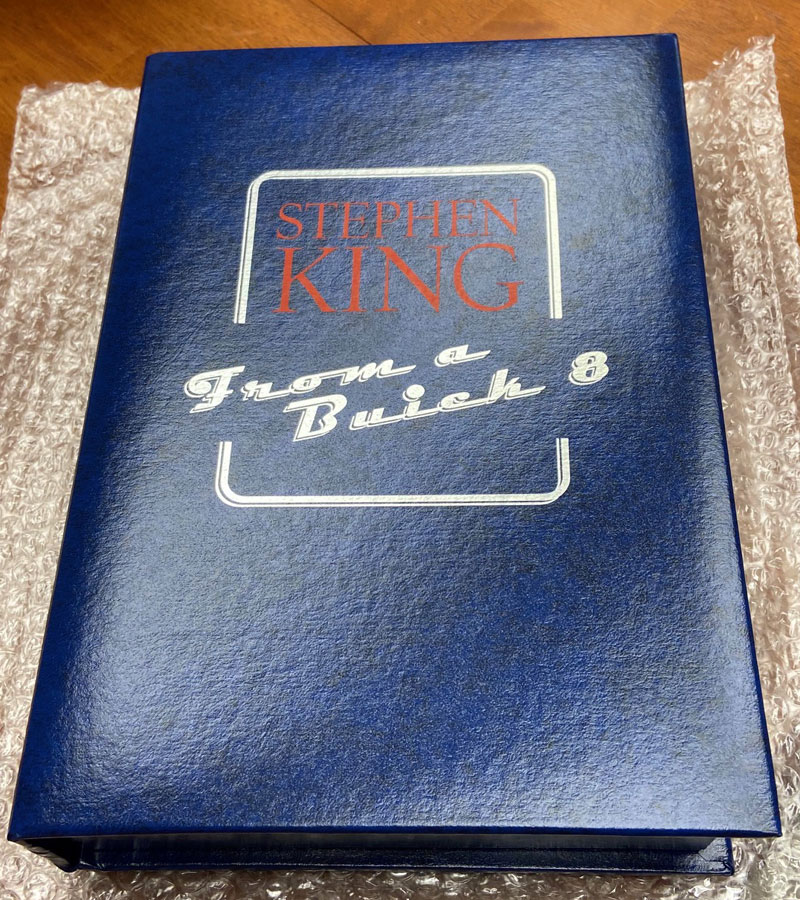 Stephen Edwin King (born September 21, 1947) is an American author of horror, supernatural fiction, suspense, science fiction and fantasy. His books have sold more than 350 million copies, many of which have been adapted into feature films, miniseries, television series, and comic books. King has published 58 novels, including seven under the pen name Richard Bachman, and six non-fiction books. He has written around 200 short stories, most of which have been published in book collections.
VERY FINE GUARANTEED. As New without any flaws, as if normally shipped by the publisher. Unread book with a tight spine, and a wonderful bright clean copy without any writings, marks, or stamps. No attached bookplates or indication of any removed. The dust-jacket in now protected in an archival Brodart sleeve. All photos of the actual book.