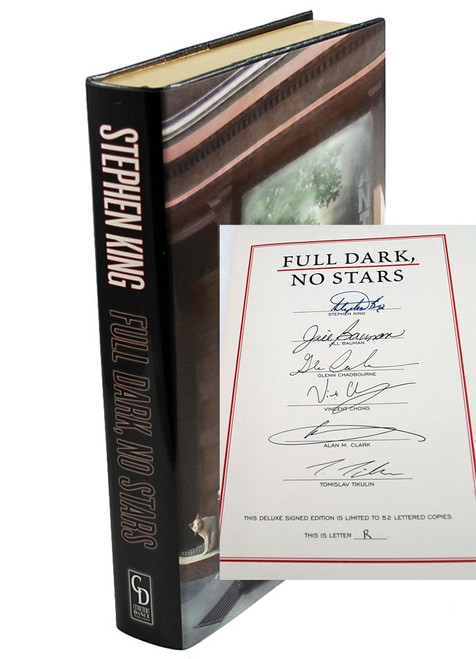 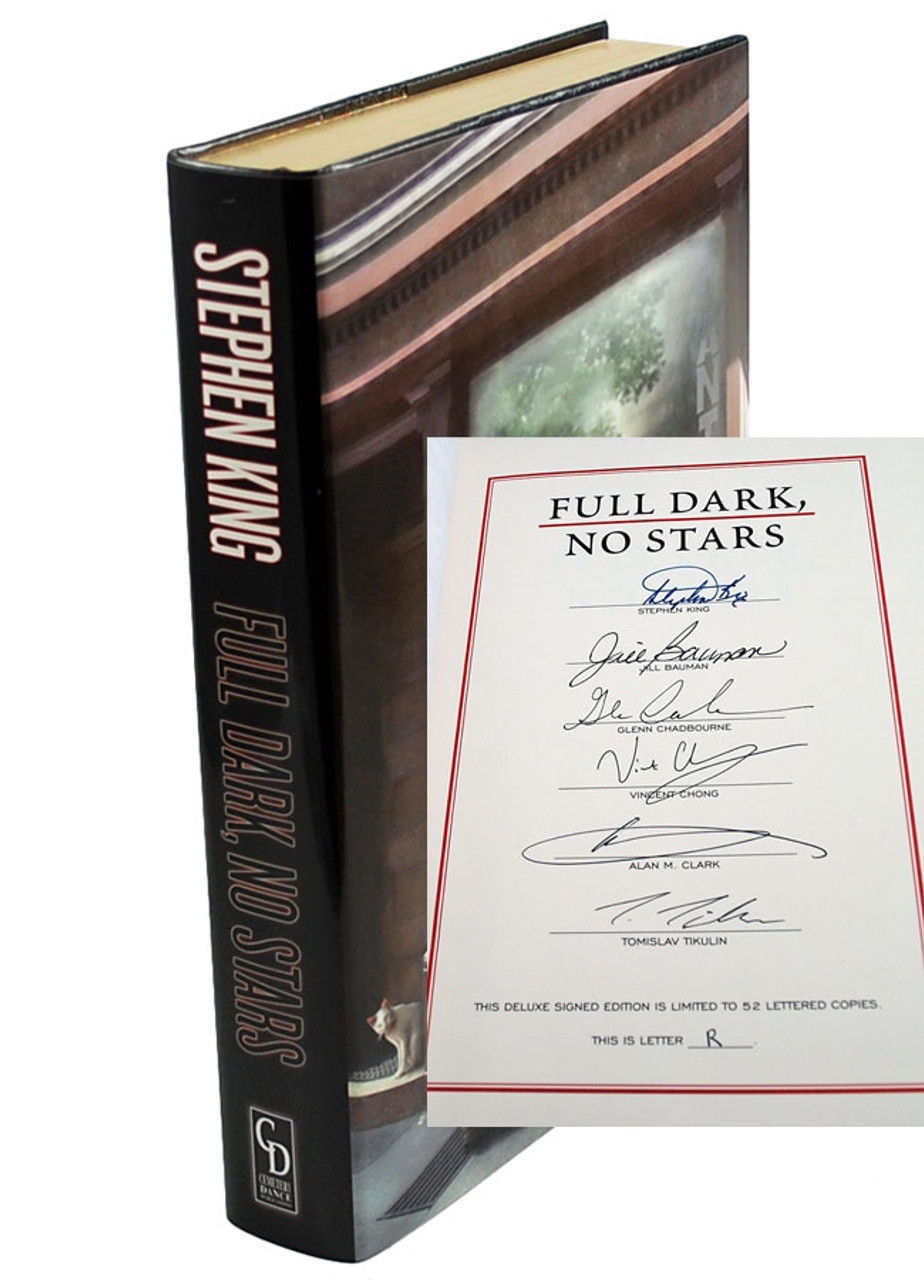 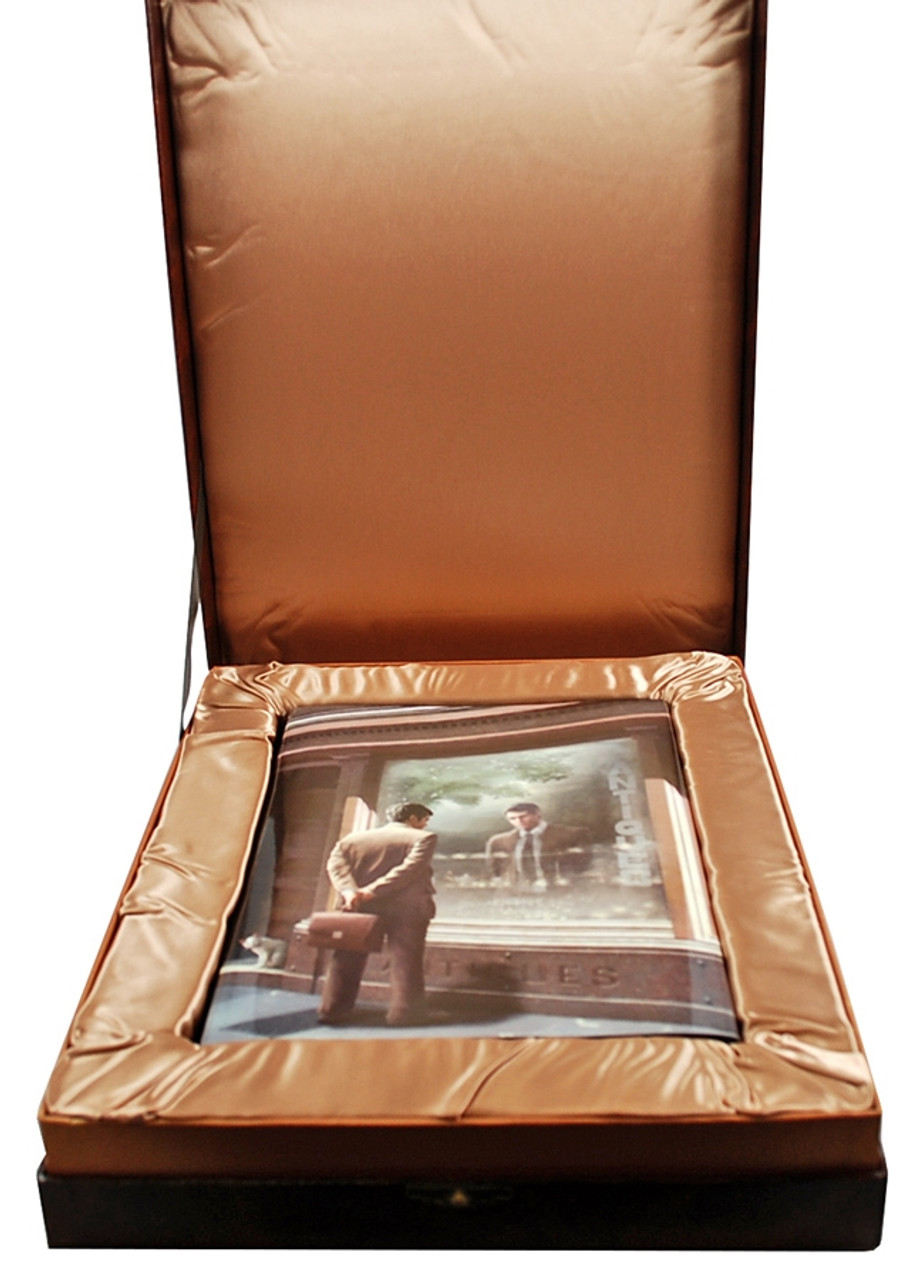 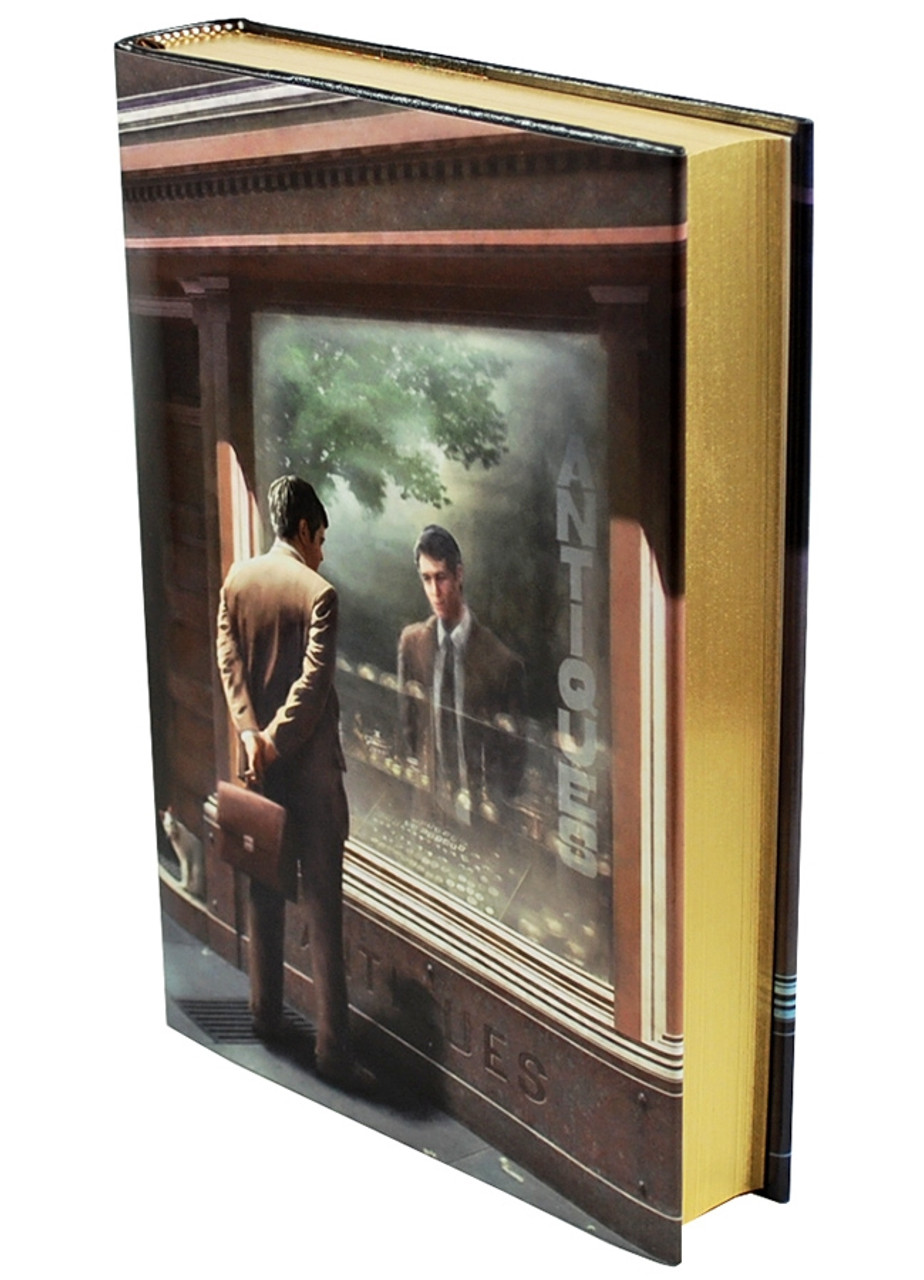 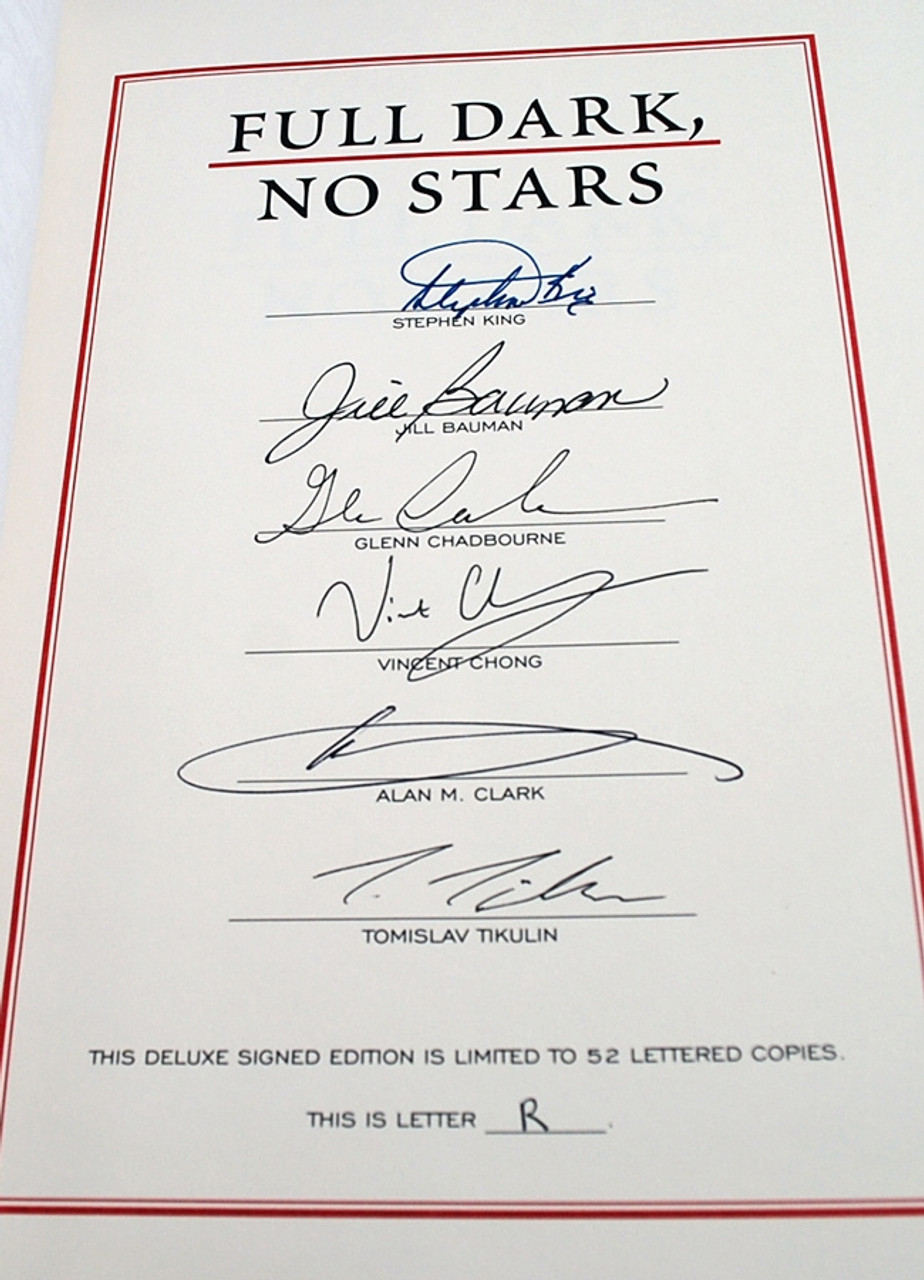 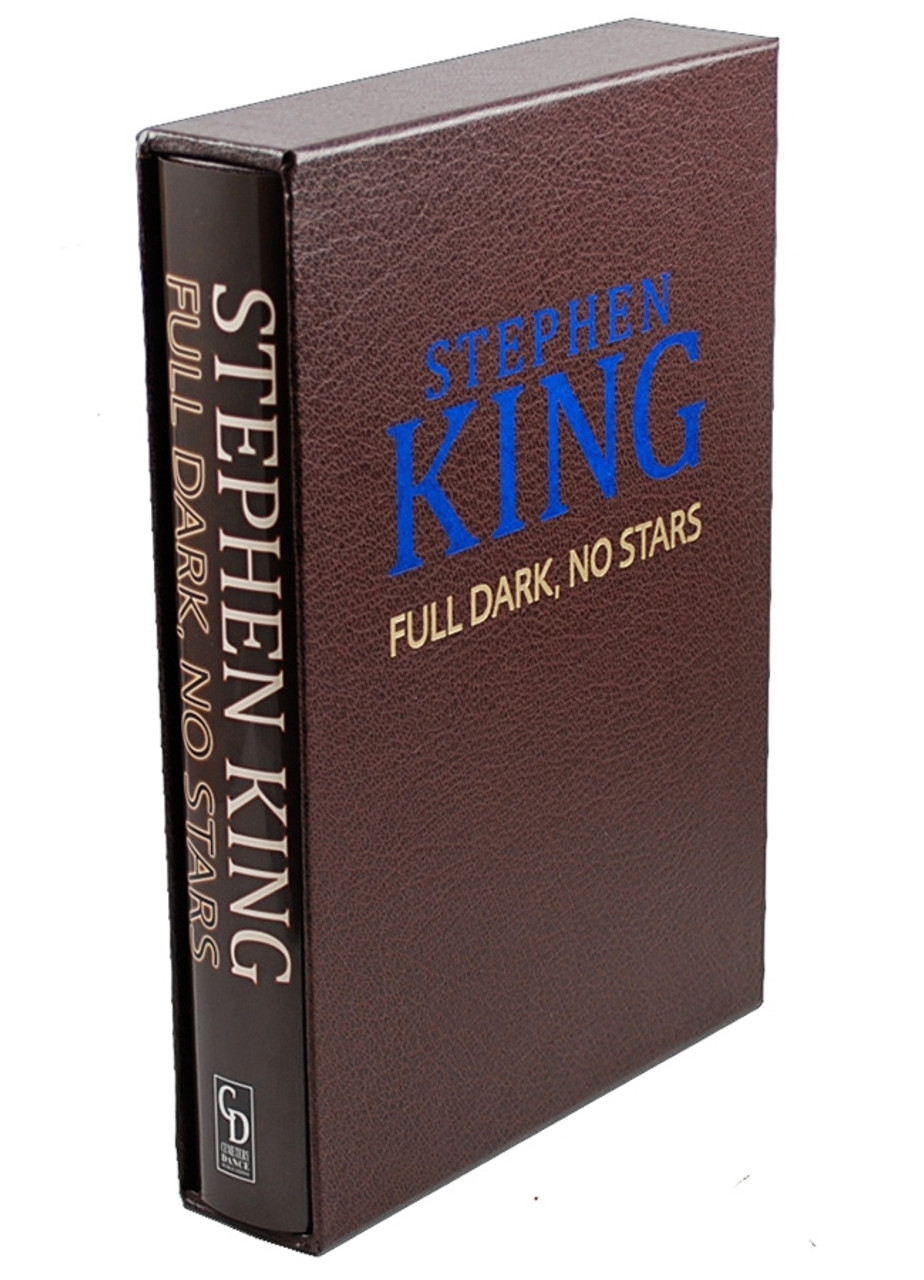 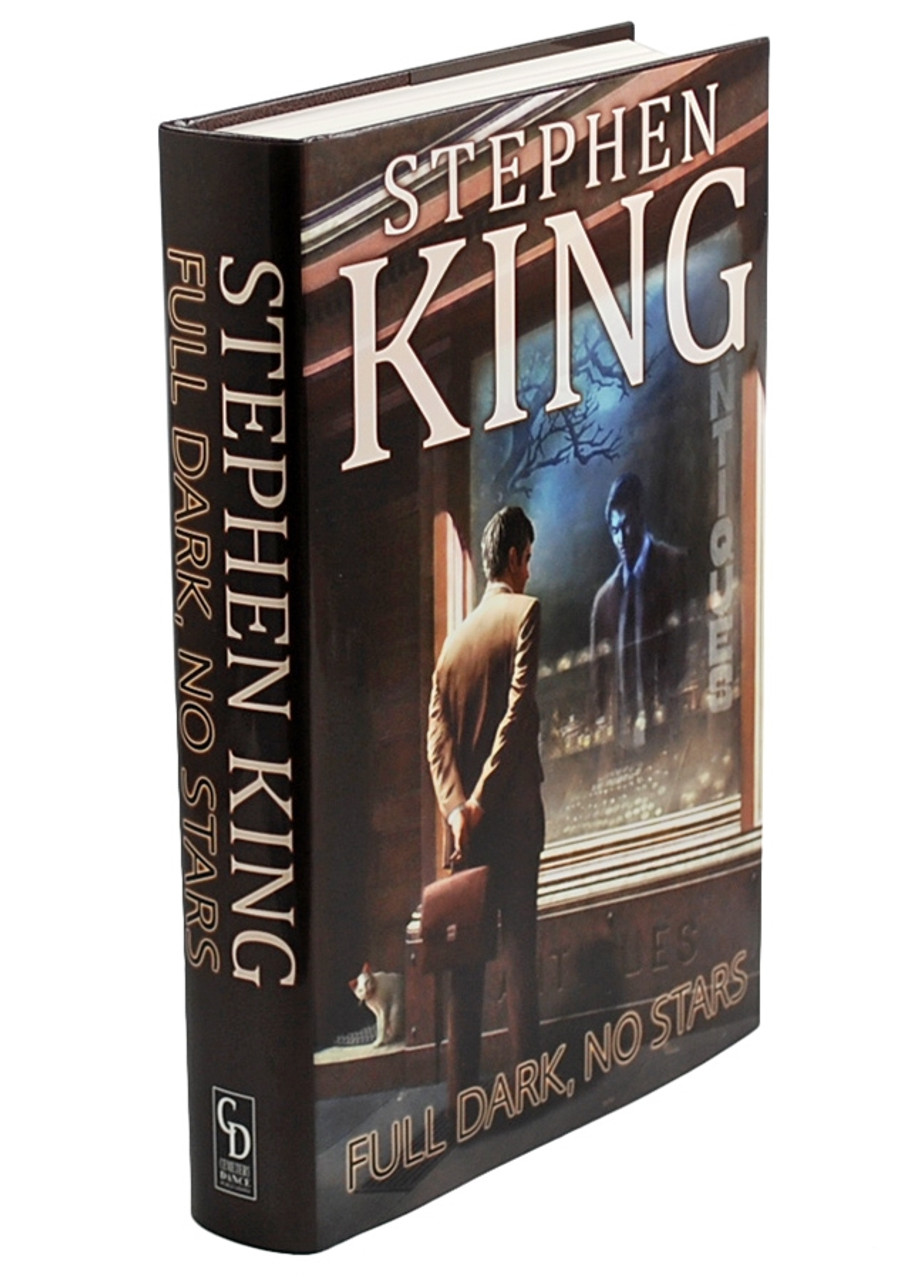 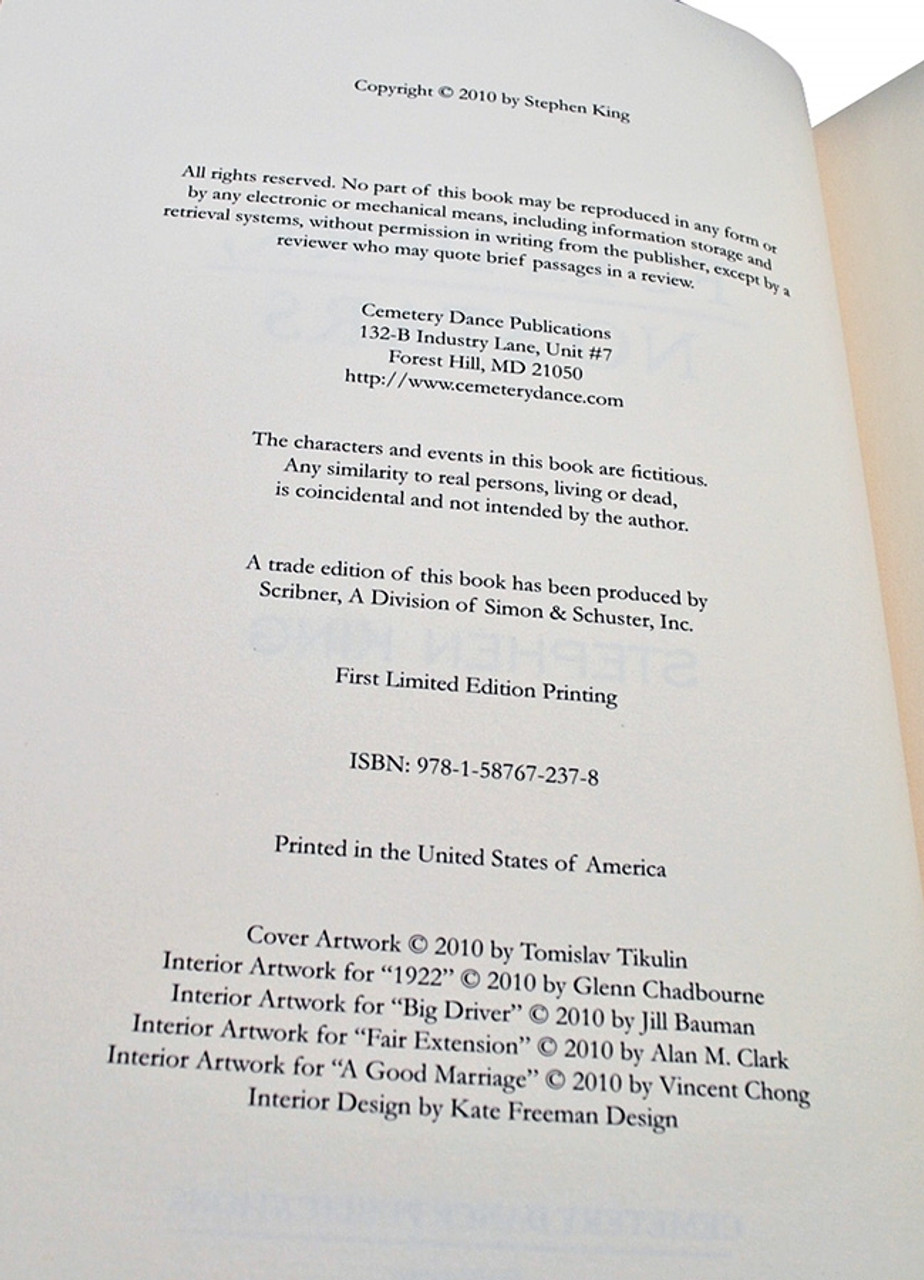 Deluxe Gift Edition:
The gift edition is a hardcover with dust-jacket in a custom brown slipcover.

The signed Lettered Edition sold out within 2 hours of being announced and the Slipcased Gift Edition also sold out just about two months after it was announced, making it our second Stephen King book to completely sell out pre-publication.

About this Deluxe Special Edition: Cemetery Dance Publications is very pleased to announce our Deluxe Special Edition of Stephen King's chilling new collection of novellas. The tales in Full Dark, No Stars are bleak, featuring some of the darkest moments of any King work in recent memory, and we've brought together a team of five acclaimed artists to create sixteen original, exclusive illustrations including black & white pieces and glossy color tip-ins.

The Cemetery Dance Deluxe Special Edition of Full Dark, No Stars will be the perfect addition to any Stephen King collection.

About the Book: "I believe there is another man inside every man, a stranger . . ." writes Wilfred Leland James in the early pages of the riveting confession that makes up "1922," the first in this pitch-black quartet of mesmerizing tales from Stephen King.

Personally signed by Stephen King along with the three illustrators and Charles Adai in this most desirable state. This is Number 17 of only 33 produced, the tray-cased leather bound edition. This...