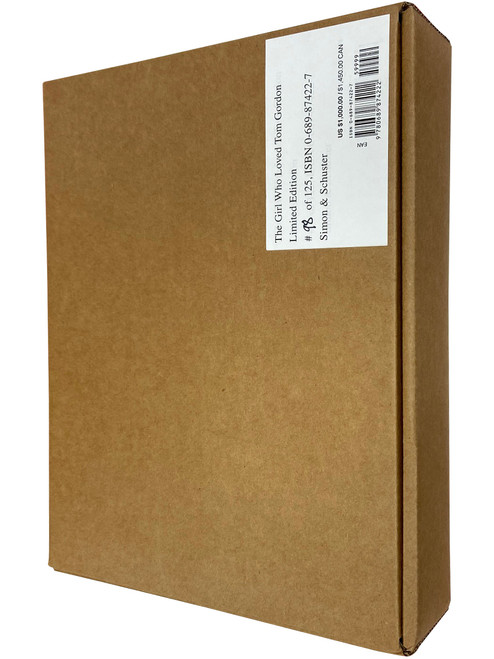 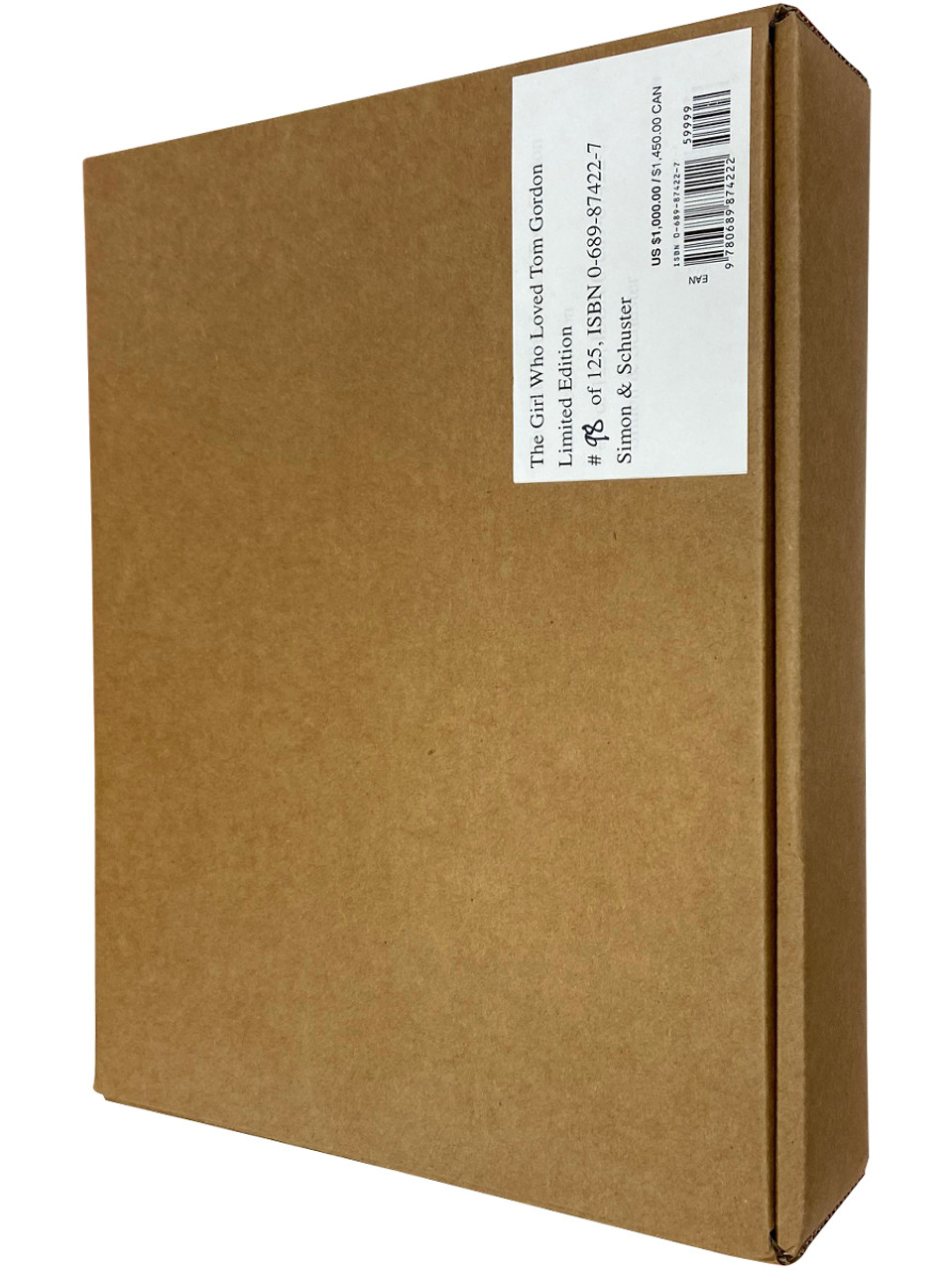 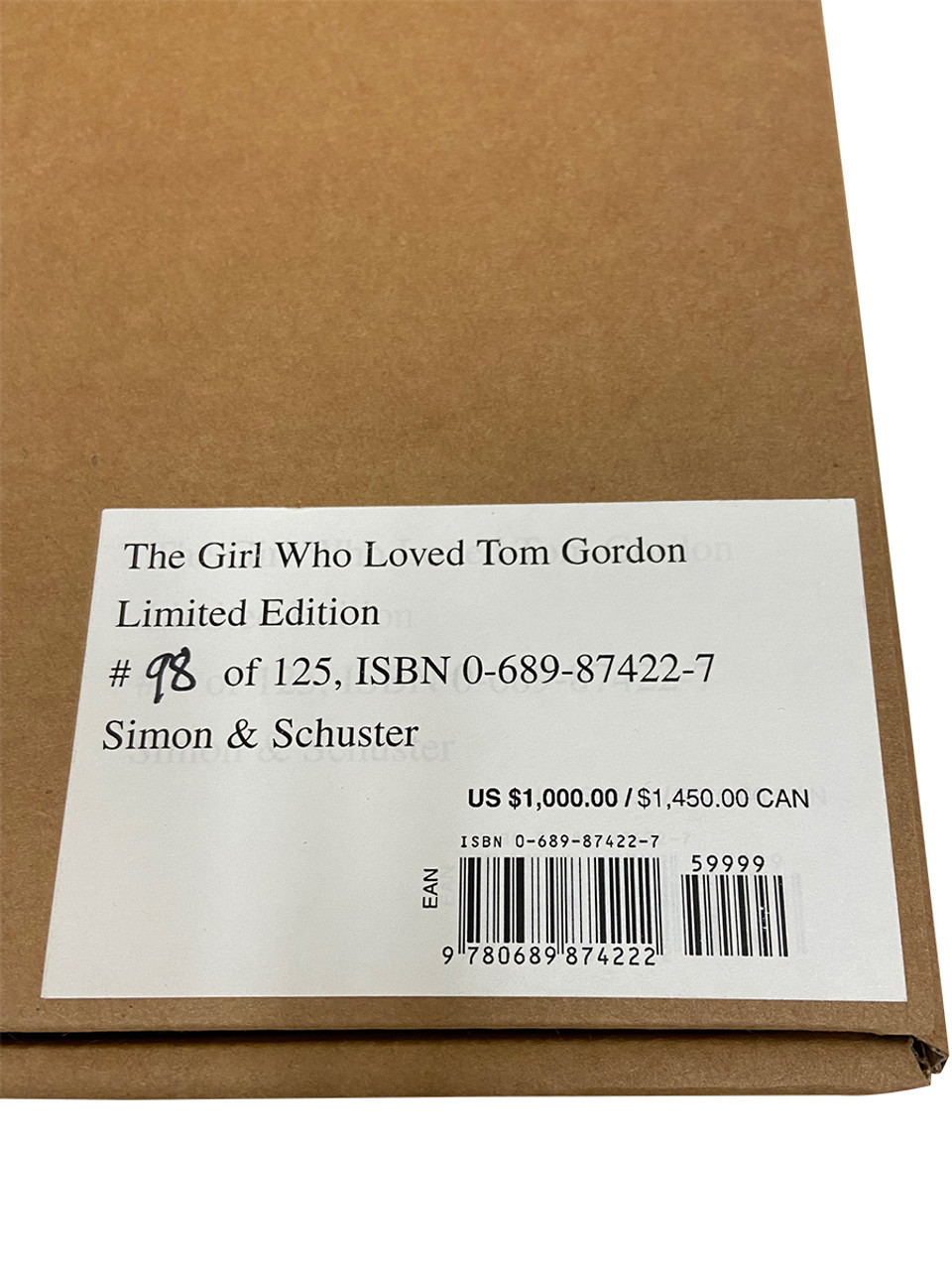 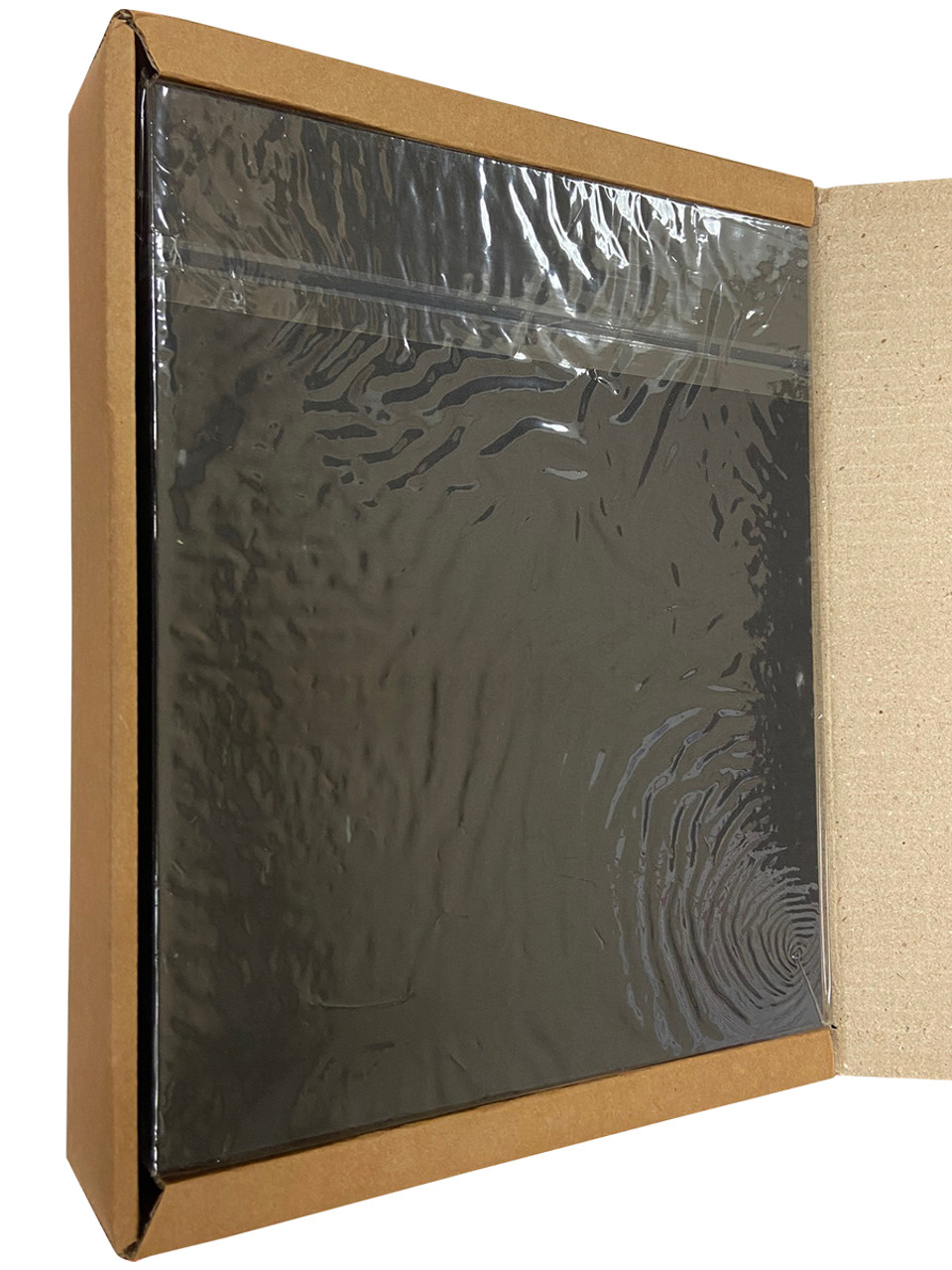 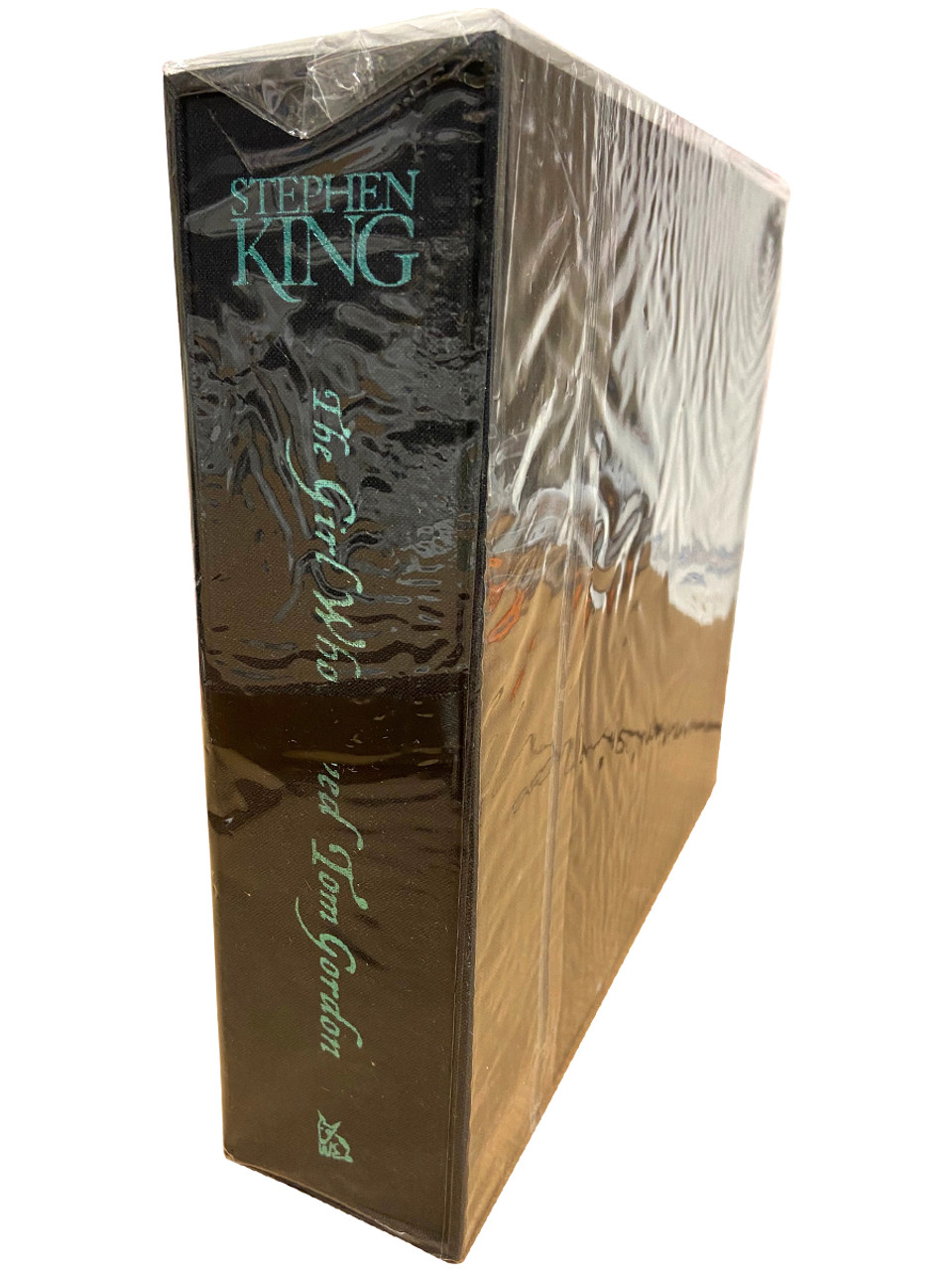 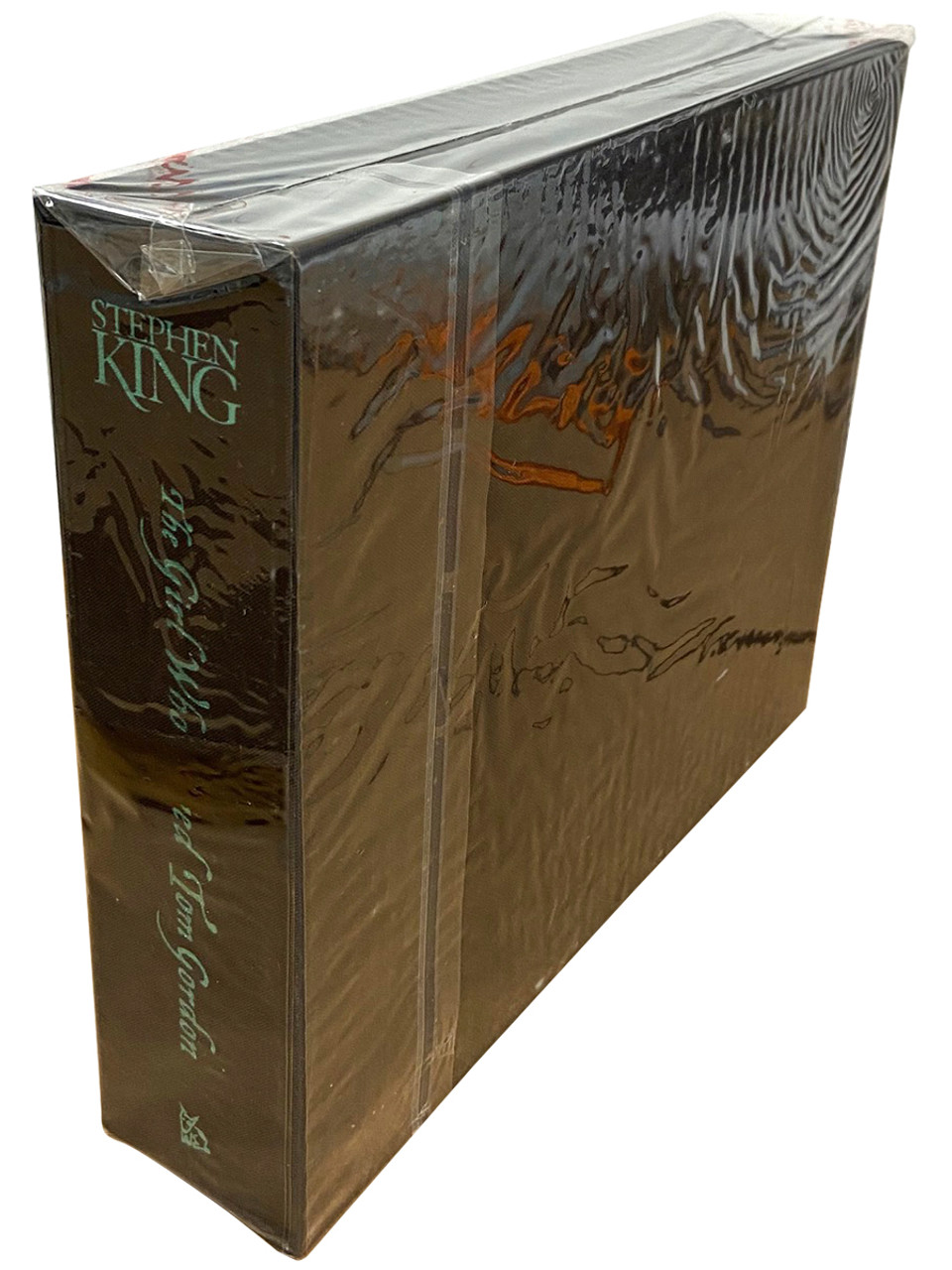 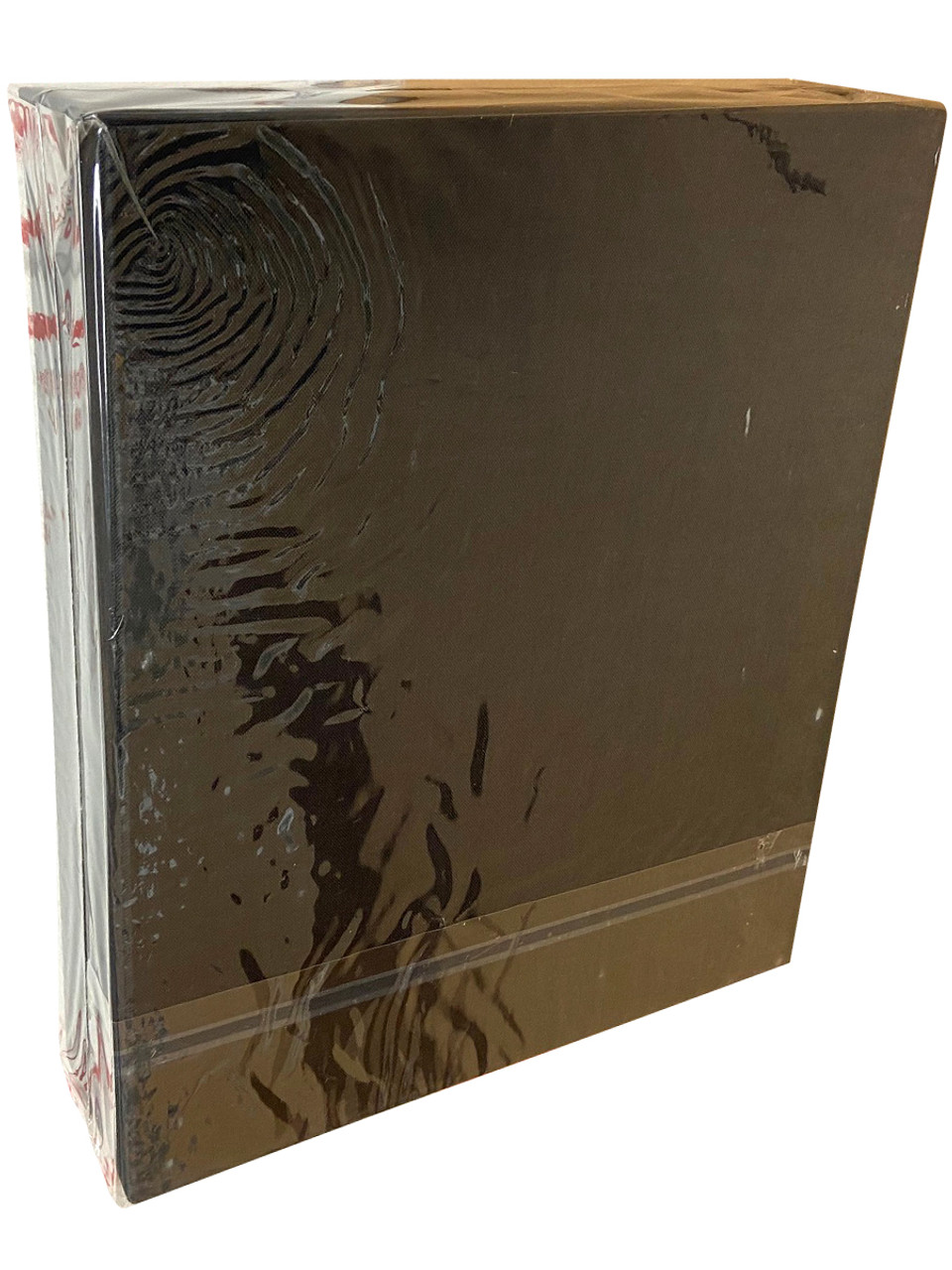 Simon & Schuster 2004. Stephen King "The Girl Who Loved Tom Gordon".  A rare collectible book personally signed by the author Stephen King. Signed limited edition #98 of only 125. A slipcased copy bound in cloth. This book has one extra pop in the front of the book, otherwise the interior of the book is very similar to the trade edition. Includes original shipping container.

The Girl Who Loved Tom Gordon (1999) is a psychological horror novel by American writer Stephen King. In 2004, a pop-up book adaptation was released with design by Kees Moerbeek and illustration by Alan Dingman. A film adaptation to be produced by Chris Romero was announced in 2019.

The acclaimed #1 New York Times and undisputed King of Horror Stephen King offers a frightening suspense novel about a young girl who becomes lost in the woods as night falls. On a six-mile hike on the Maine-New Hampshire branch of the Appalachian Trail, nine-year-old Trisha McFarland quickly tires of the constant bickering between her older brother, Pete, and her recently divorced mother. But when she wanders off by herself, and then tries to catch up by attempting a shortcut, she becomes lost in a wilderness maze full of peril and terror. As night falls, Trisha has only her ingenuity as a defense against the elements, and only her courage and faith to withstand her mounting fears. For solace she tunes her Walkman to broadcasts of Boston Red Sox baseball games and follows the gritty performances of her hero, relief pitcher Tom Gordon. And when her radio’s reception begins to fade, Trisha imagines that Tom Gordon is with her—protecting her from an all-too-real enemy who has left a trail of slaughtered animals and mangled trees in the dense, dark woods…

USA Today A delightful read, a literary walk in the woods, and not just for baseball fans.

The Wall Street Journal Impressive...A wonderful story of courage, faith, and hope. It is eminently engaging and difficult to put down.

New York Daily News A fast, scary read...King blasts a homer...[He] expertly stirs the major ingredients of the American psyche -- our spirituality, fierce love of children, passion for baseball, and collective fear of the bad thing we know lurks on the periphery of life.

Entertainment Weekly Plenty of thrills...[King's] an elegant writer and a master of pacing.

As New. Sealed in original box with sticker. Very Fine without any discernible flaws. A well-cared for volume, protected from any potential damage. Sharp corners that are not bumped.

A Unique Signed Limited Edition of The Regulators, personally signed by "Richard Bachman" (aka Stephen King) As New in the plastic covering. Number is unknown. (Other photos for display/presentation...