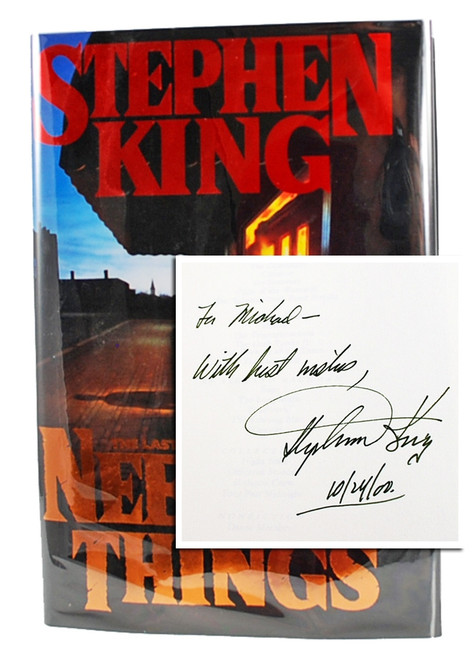 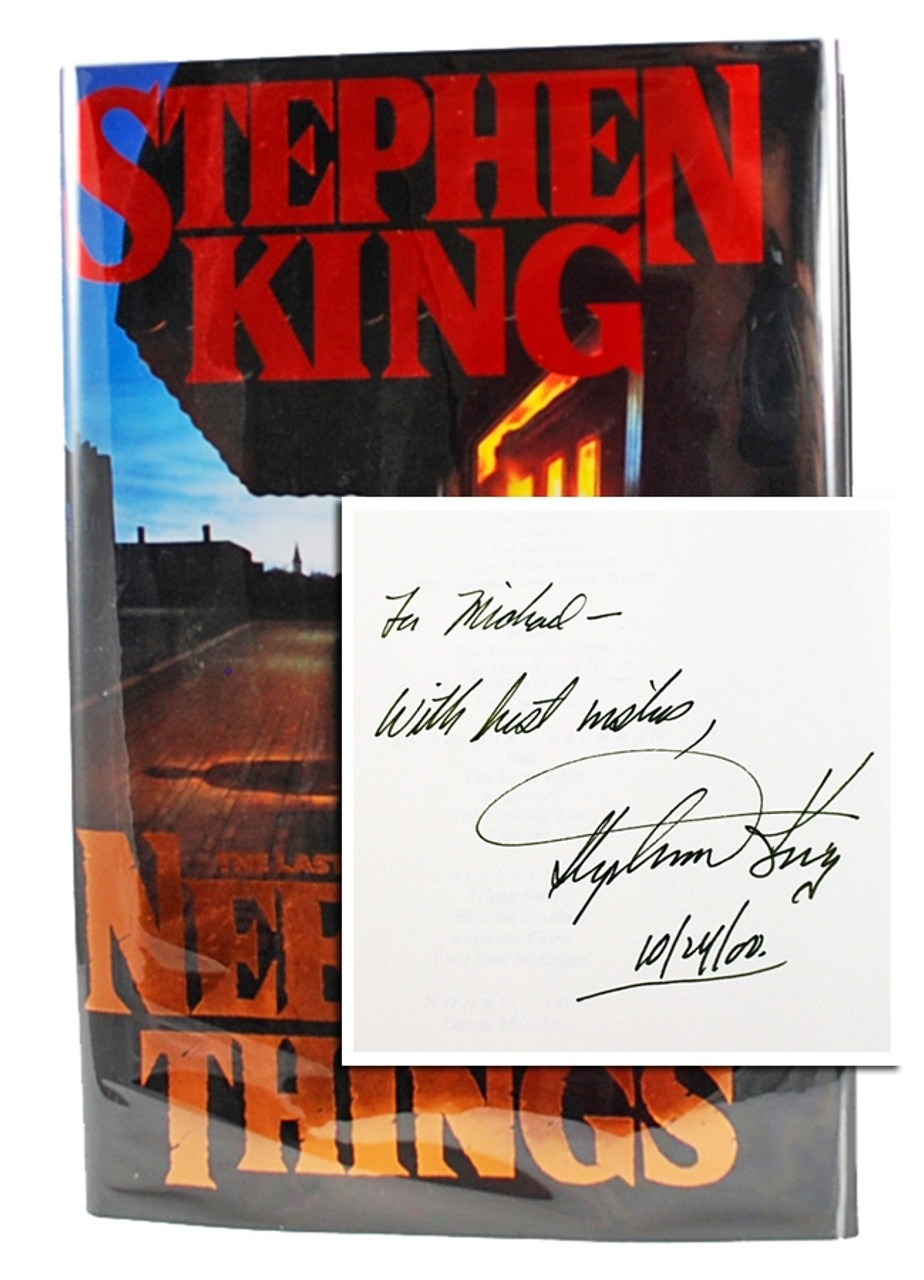 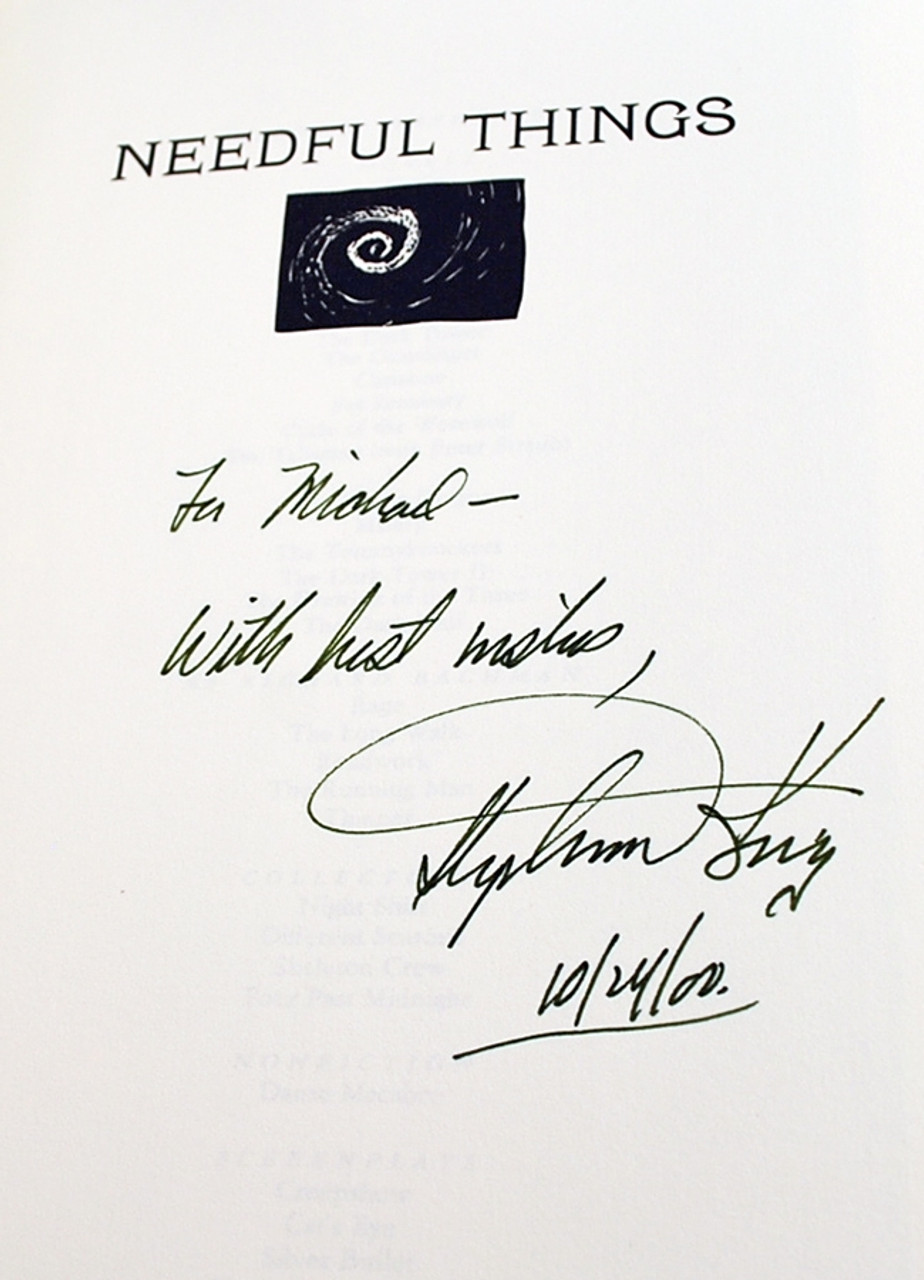 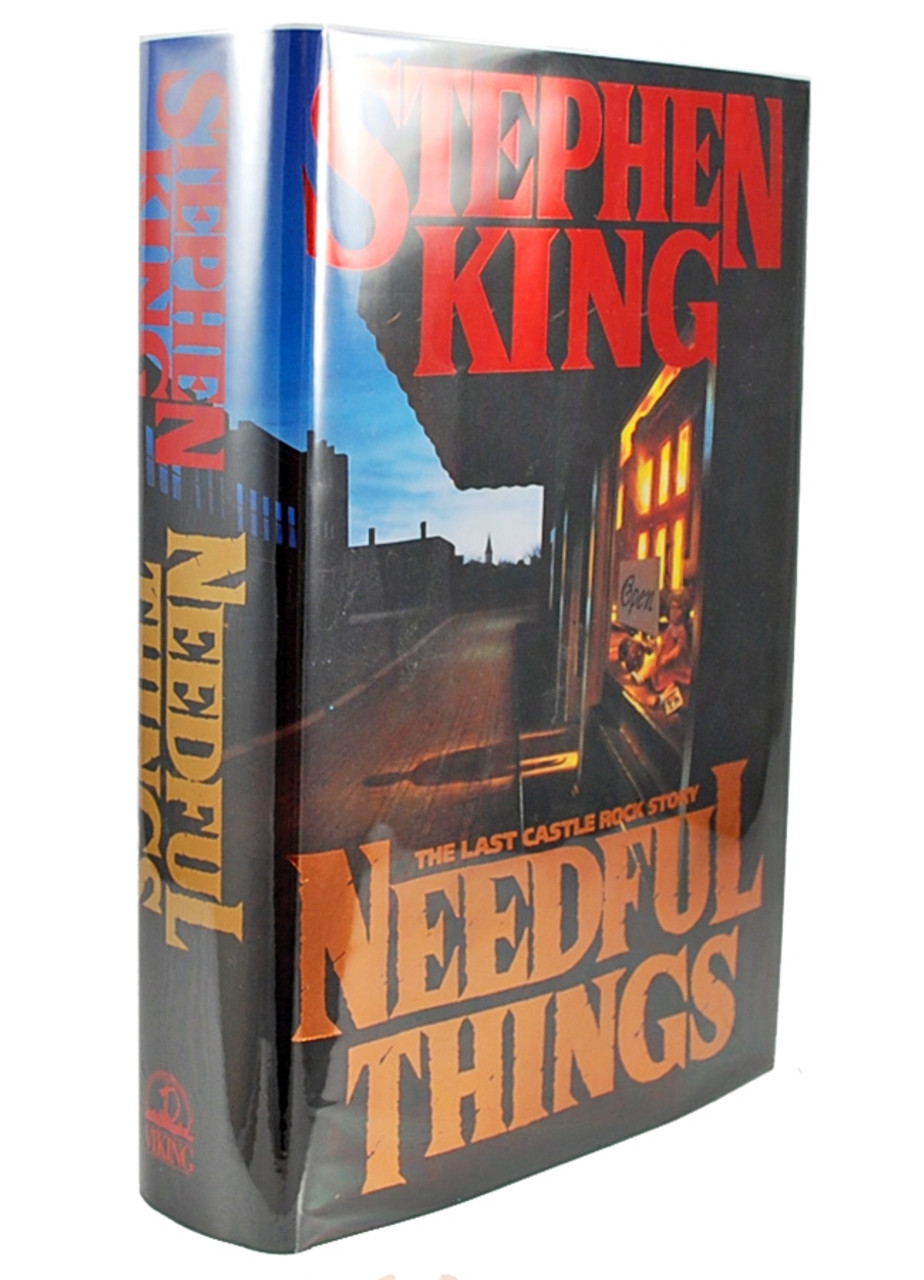 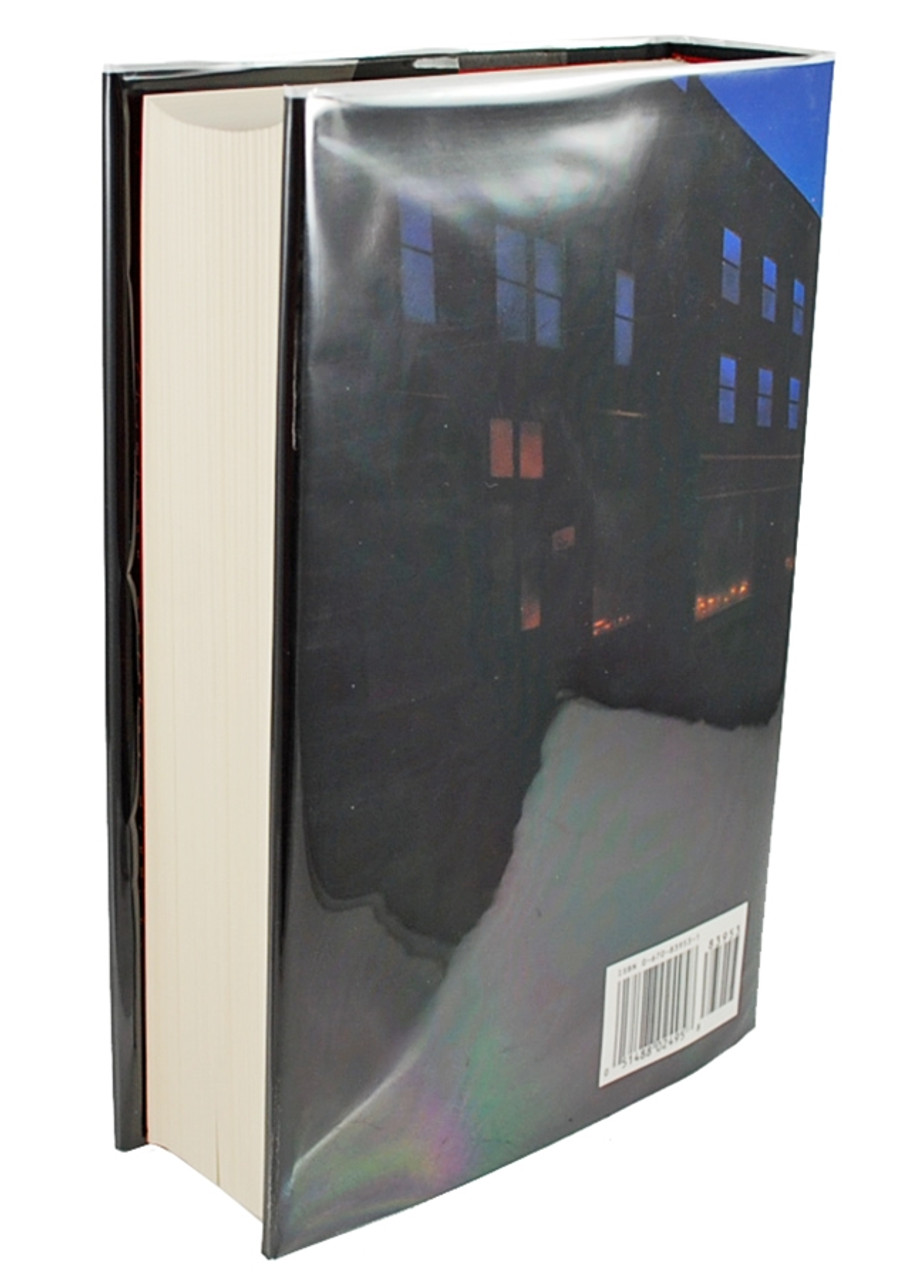 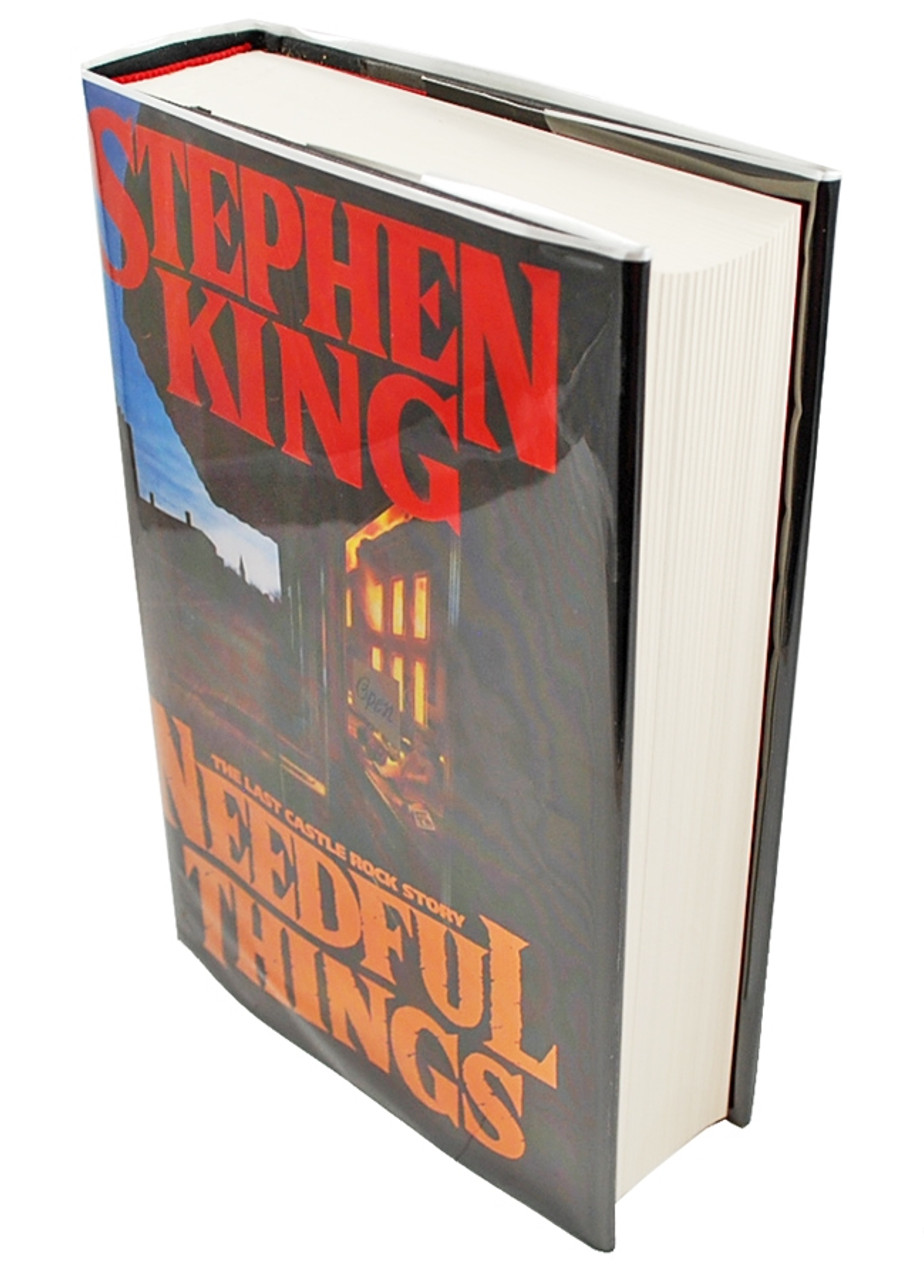 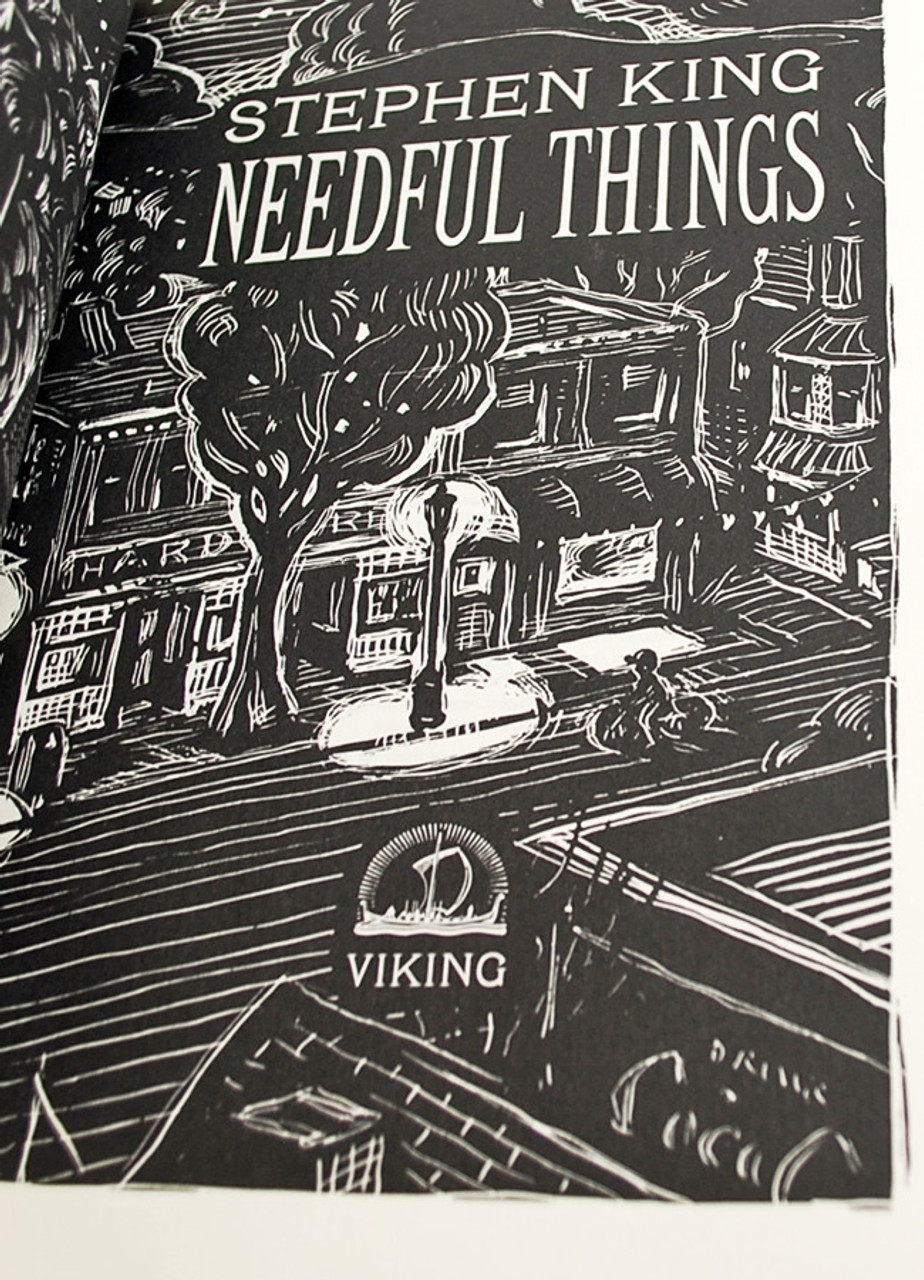 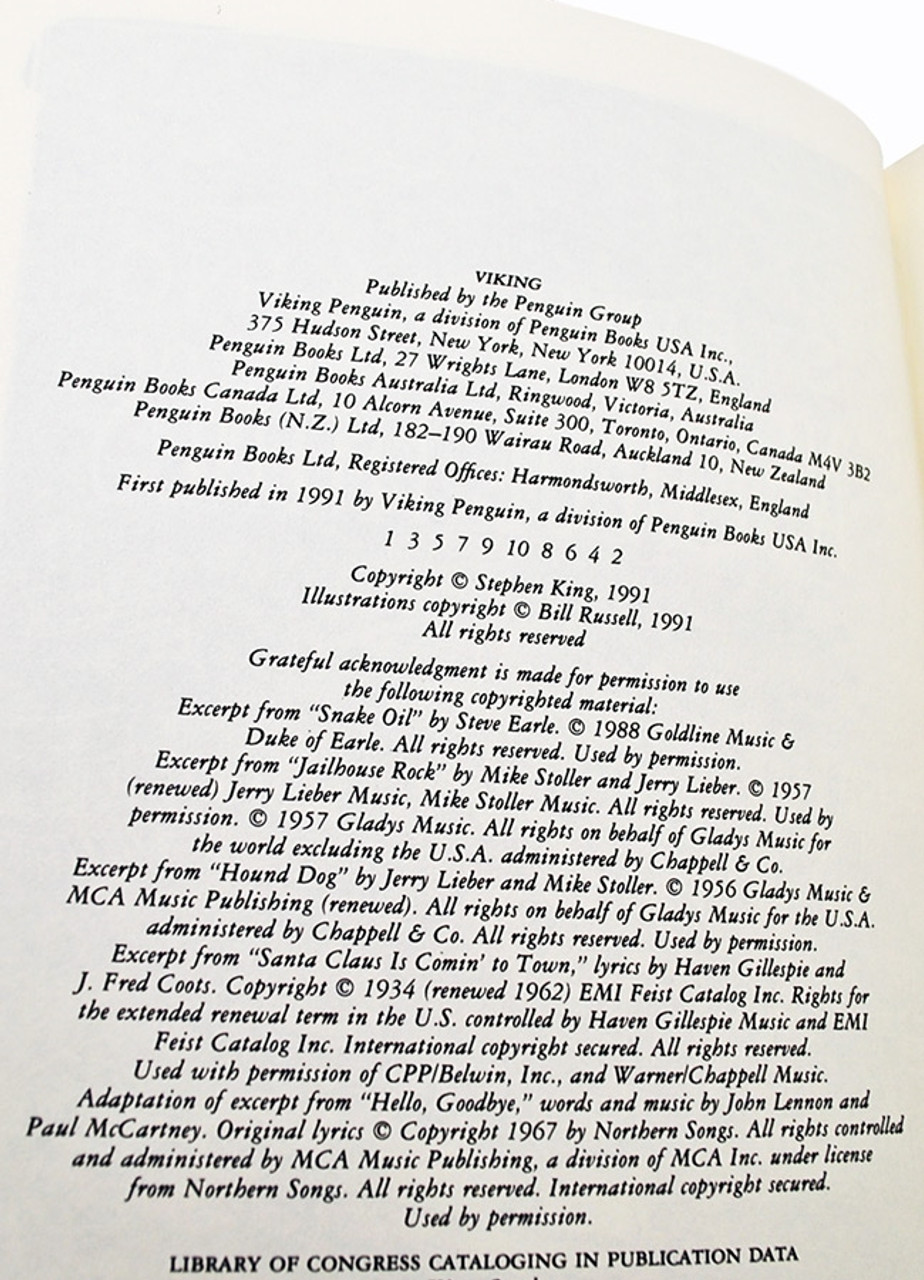 Signed and inscribed by Stephen King onto the title page:
"For Michael,
With best wishes,
Stephen King
10/24/00"

Needful Things also marks a watershed in King's career, as he bids farewell to the fictional town of Castle Rock, Maine, a city he visited in The Dead Zone, Cujo, The Body, and The Dark Half.

This book is also considered by King to be the final part of an unofficial, loosely-linked trilogy of stories - the first of which was The Dark Half, and the second of which was "The Sun Dog", a short story that was part of his Four Past Midnight collection. As a result, the Sheriff often thinks about Thad Beaumont from The Dark Half.

Needful Things takes most of its plot from Something Wicked This Way Comes, transposing Mr. Dark and his carnival into Leland Gaunt and his antique store.

Stephen King has said his inspiration for the story was the decadence of the Eighties: "It occurred to me that in the eighties, everything had come with a price tag, that the decade quite literally was the sale of the century. The final items up on the block had been honor, integrity, self-respect, and innocence... I decided to turn the eighties into a small-town curio shop called Needful Things and see what happened."

A movie adaptation was released in 1993, starring Max von Sydow as Gaunt and Ed Harris as Sheriff Pangborn. Bonnie Bedelia played Polly, Pangborn's girlfriend. It was markedly different from the book, however. Notable differences include the absence of Ace Merril, many of the items bought from Gaunt altered, a number of subplots illustrating the townfolks' peccadilloes and dirty secrets dropped, and Danforth 'Buster' Keeton curiously becoming a sort of hero--if an inept one--who stands up to his tormentor. Also in the movie, Gaunt's influence is attributed to major world crises, such as World War II. At the end Gaunt promises to return to plague Pangborn's descendant, even giving a specific time and place, before his car vanishes at the end of the road.

VERY FINE GUARANTEED for both hardcover and dust-jacket.

Clean and straight boards without any marks, writings, or stamps. No attached bookplates or indication of any removed. Dust-jacket free of tears, creases, etc. A well-cared for book, protected from any potential damage. This book stands out as having had exemplary care. Square and tight spine. Excellent original example. Collector's grade hardcover book. Dust-jacket protected in brand new Mylar sleeve. Price not clipped.