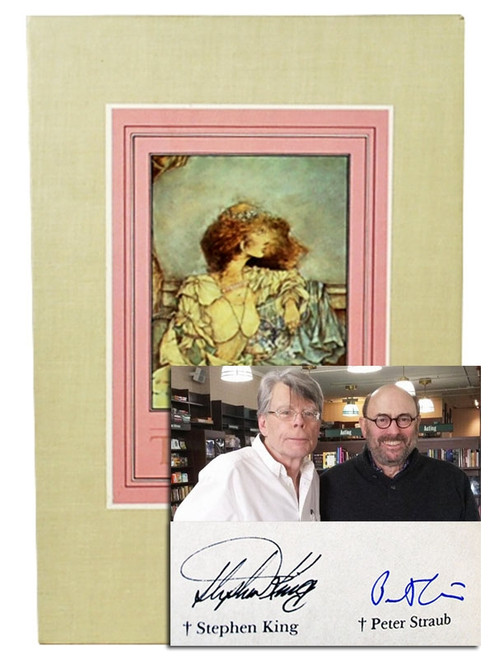 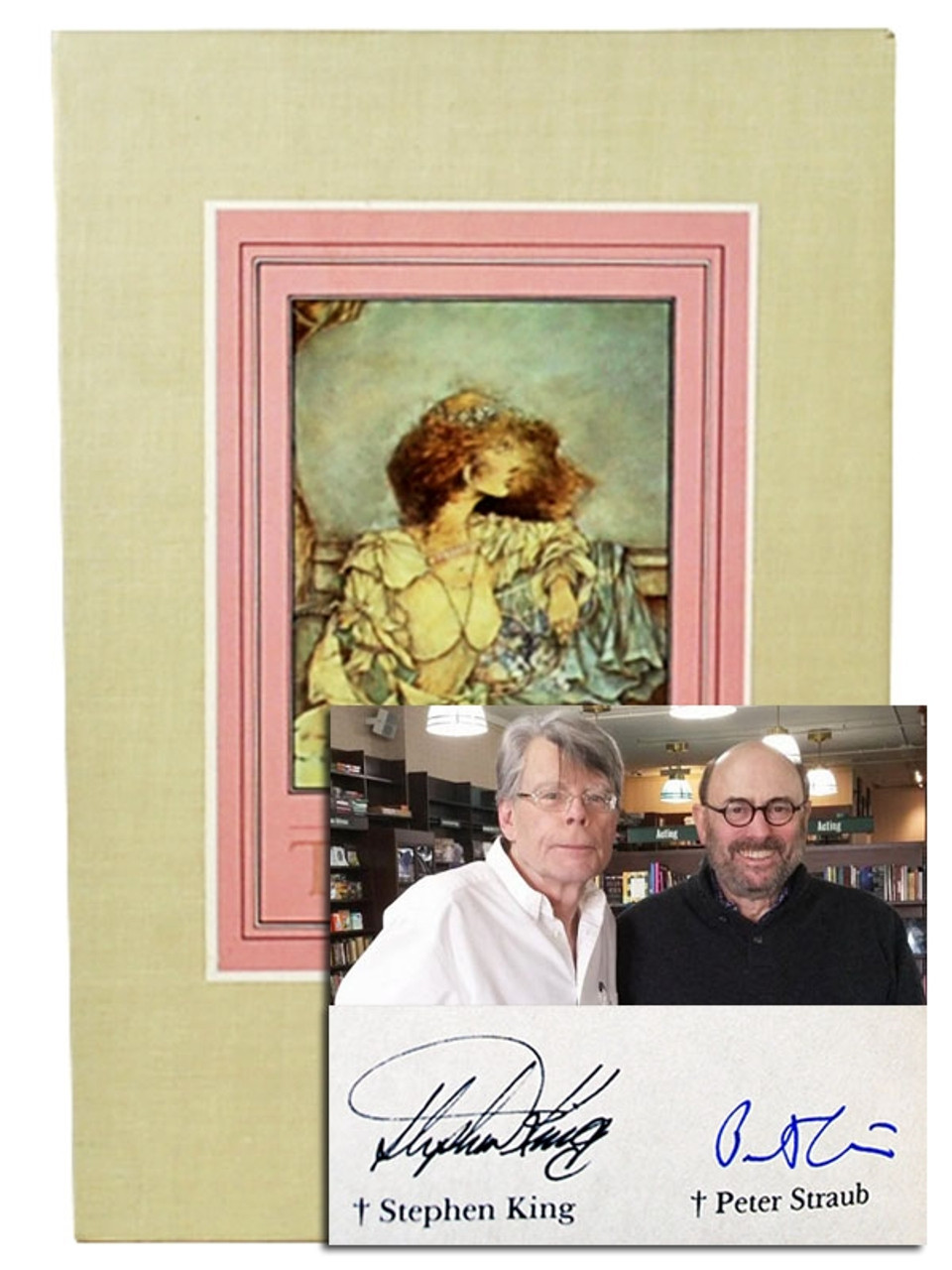 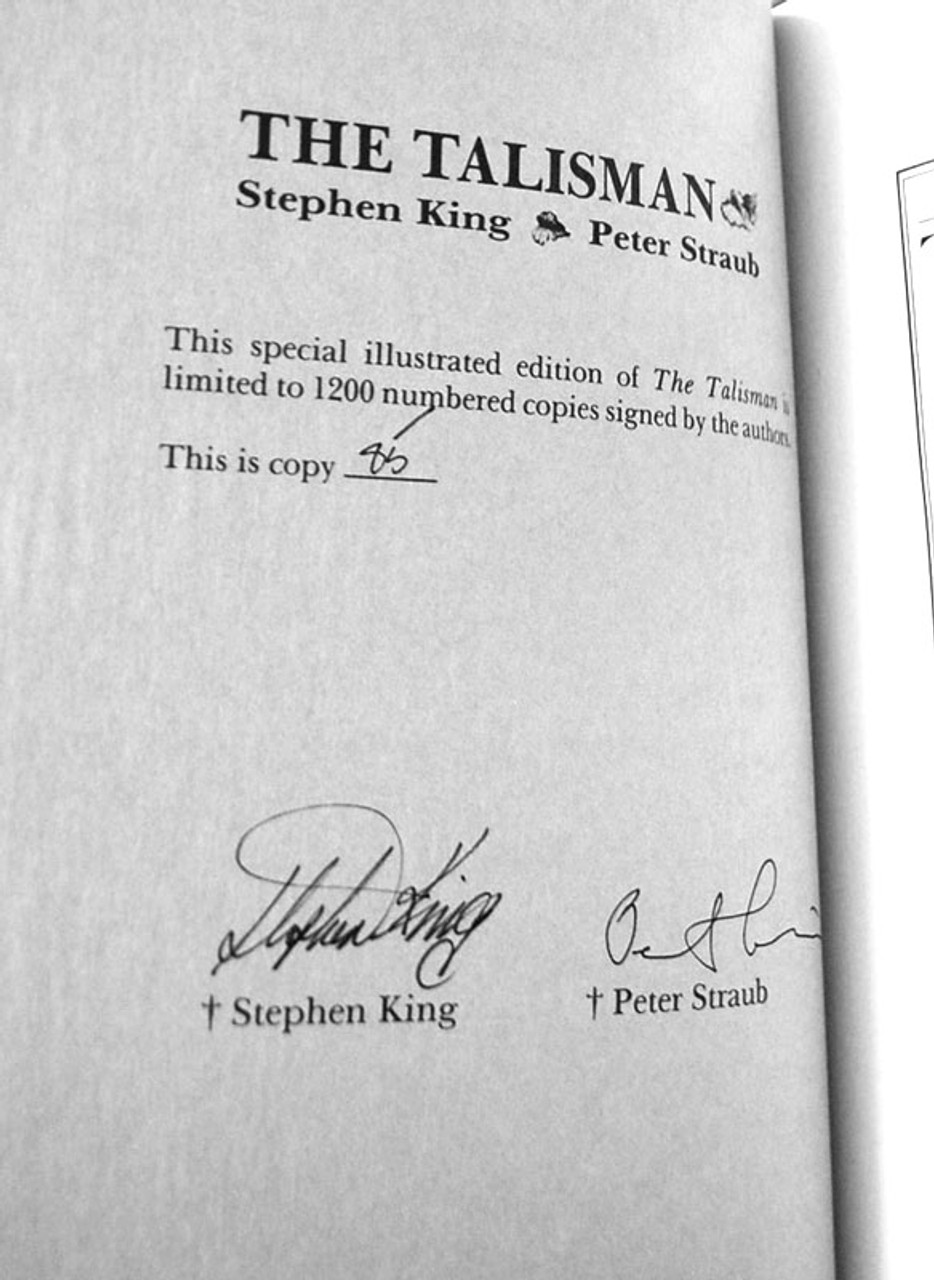 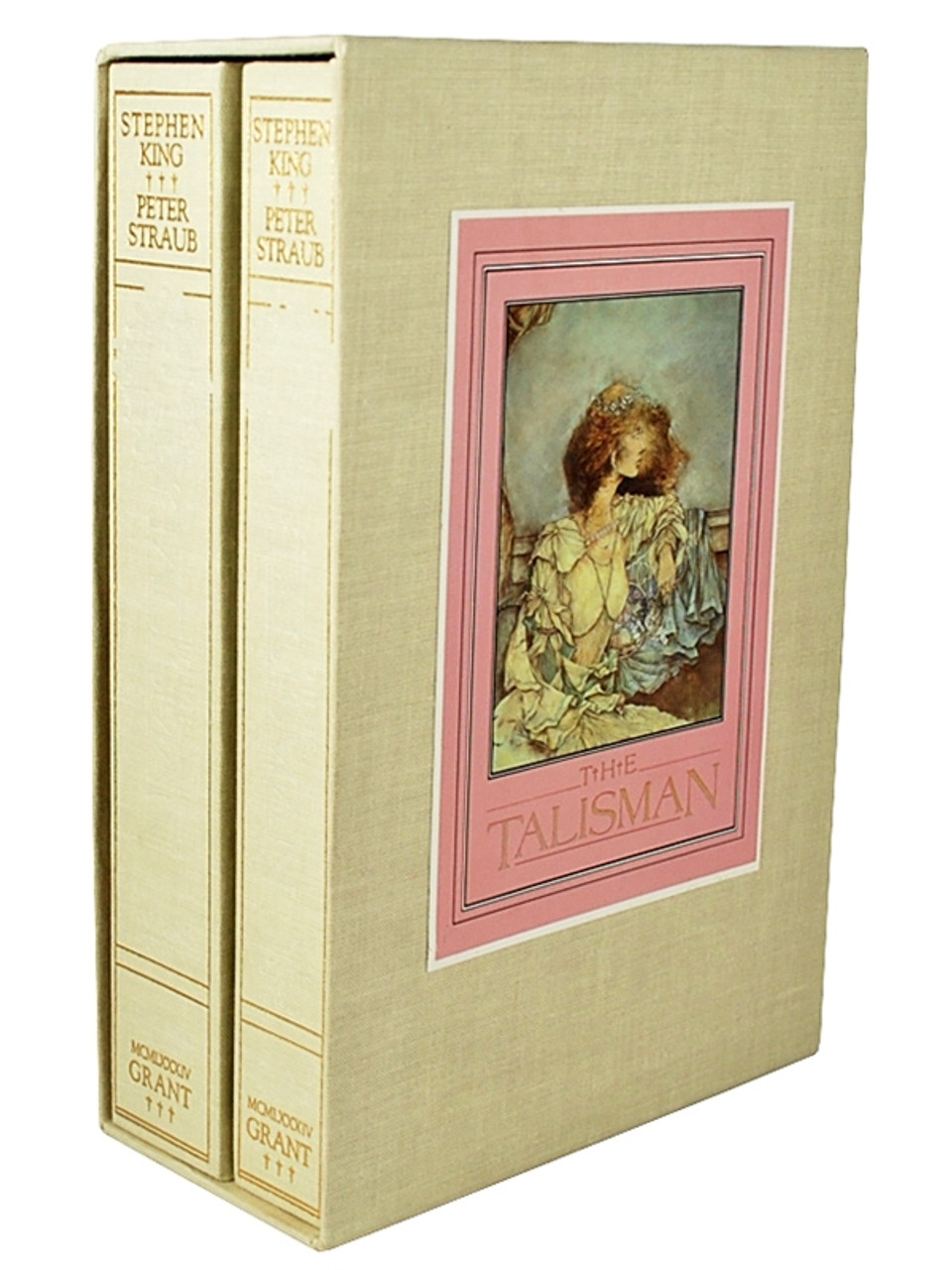 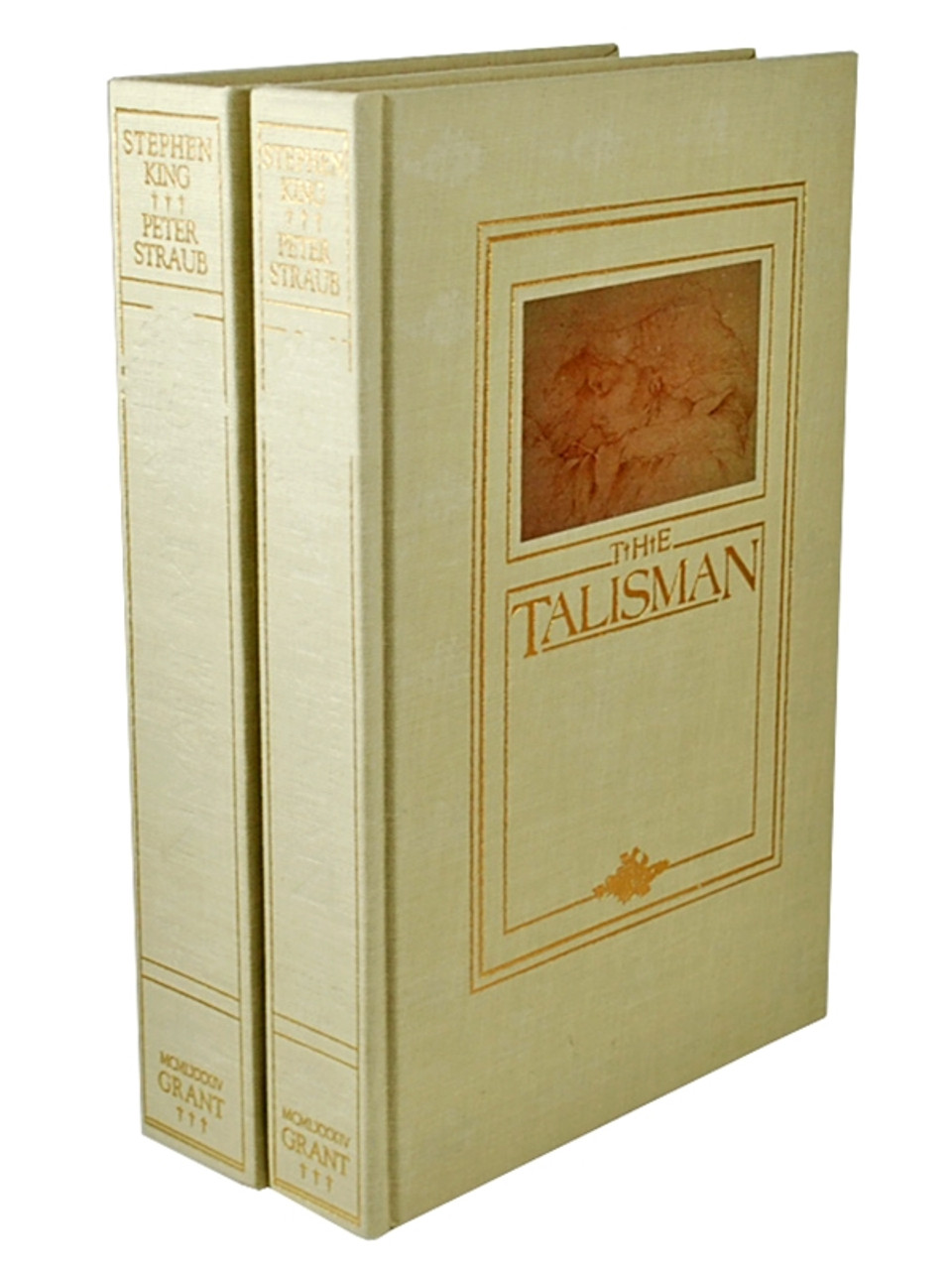 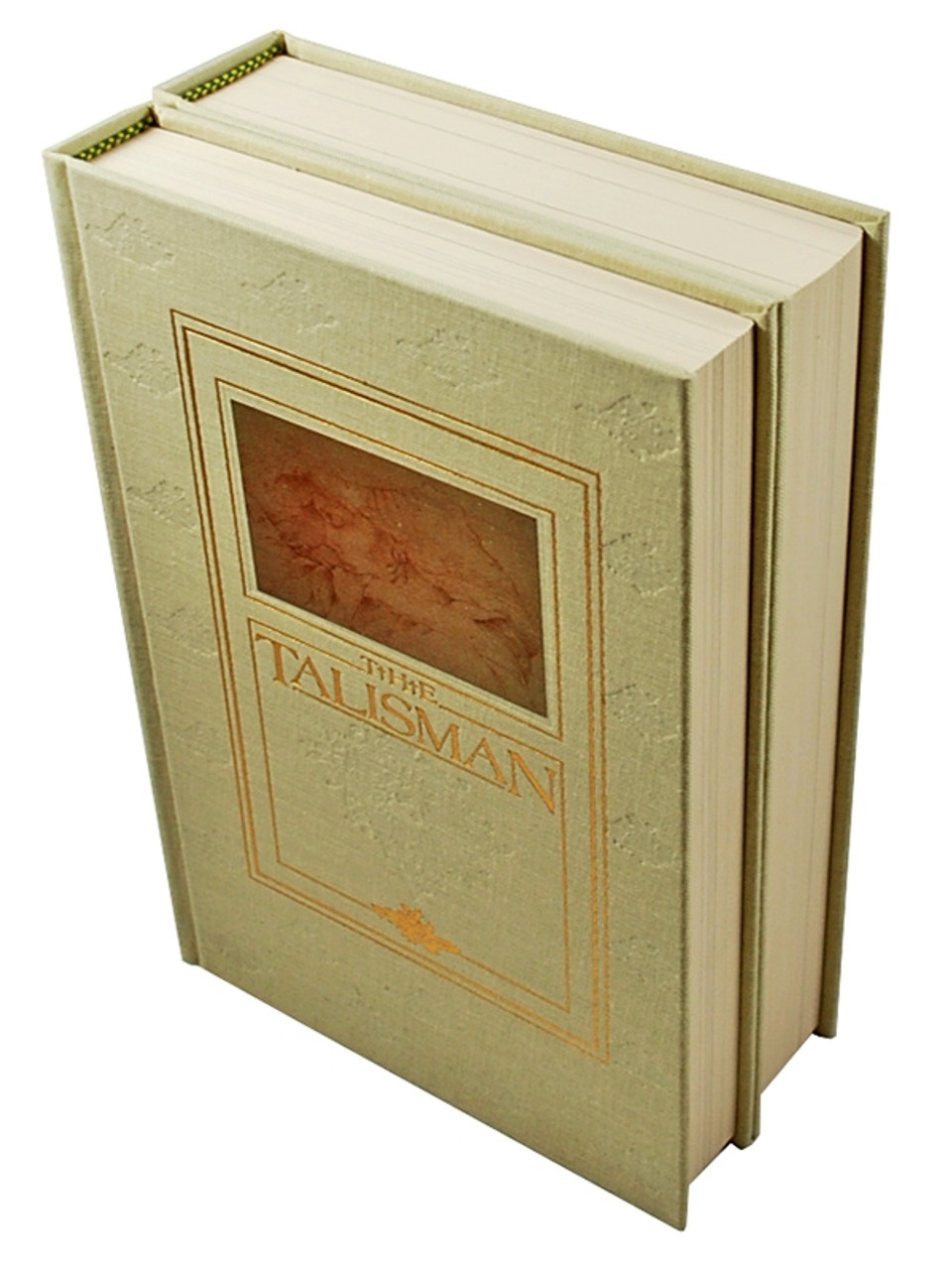 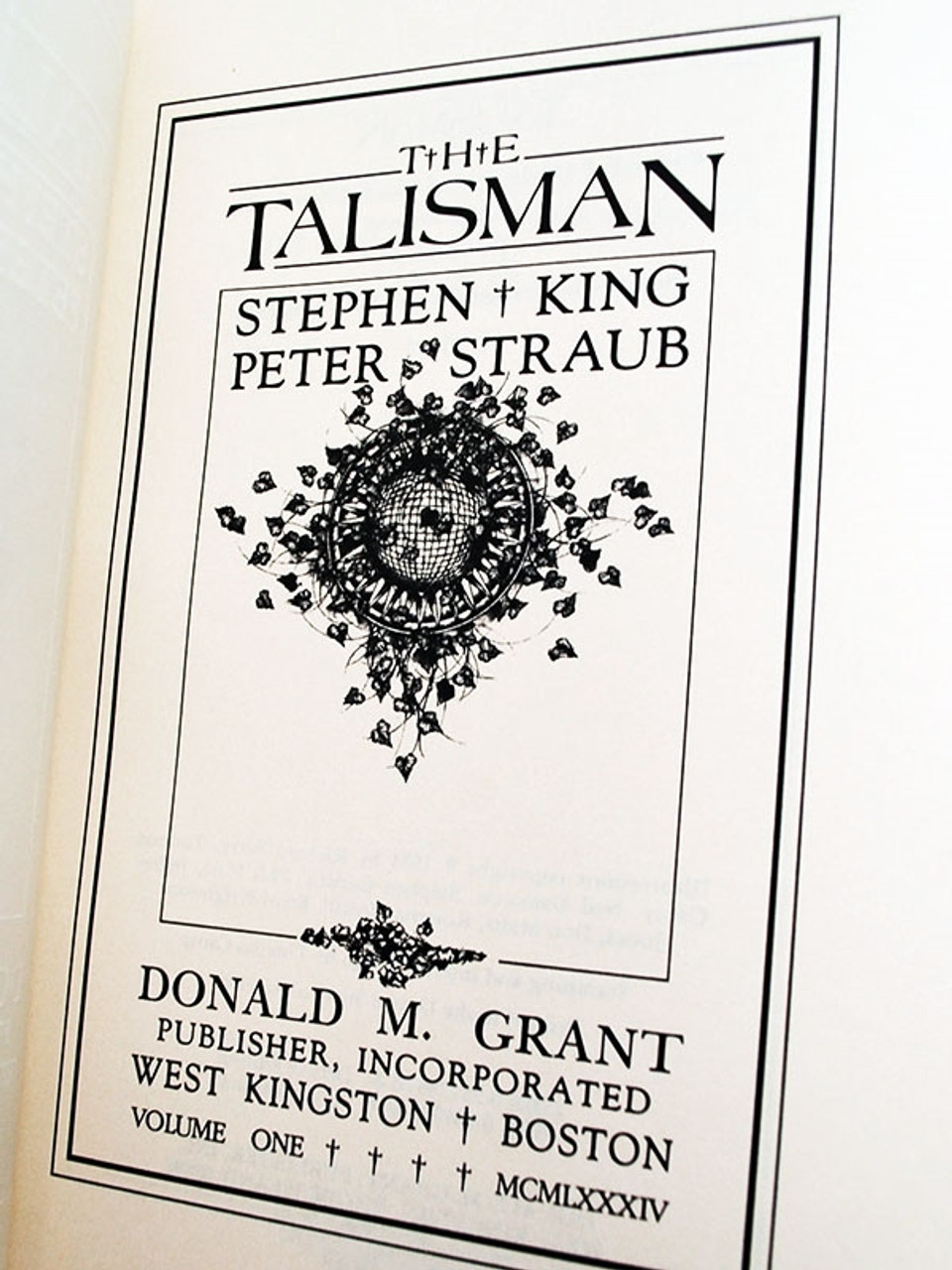 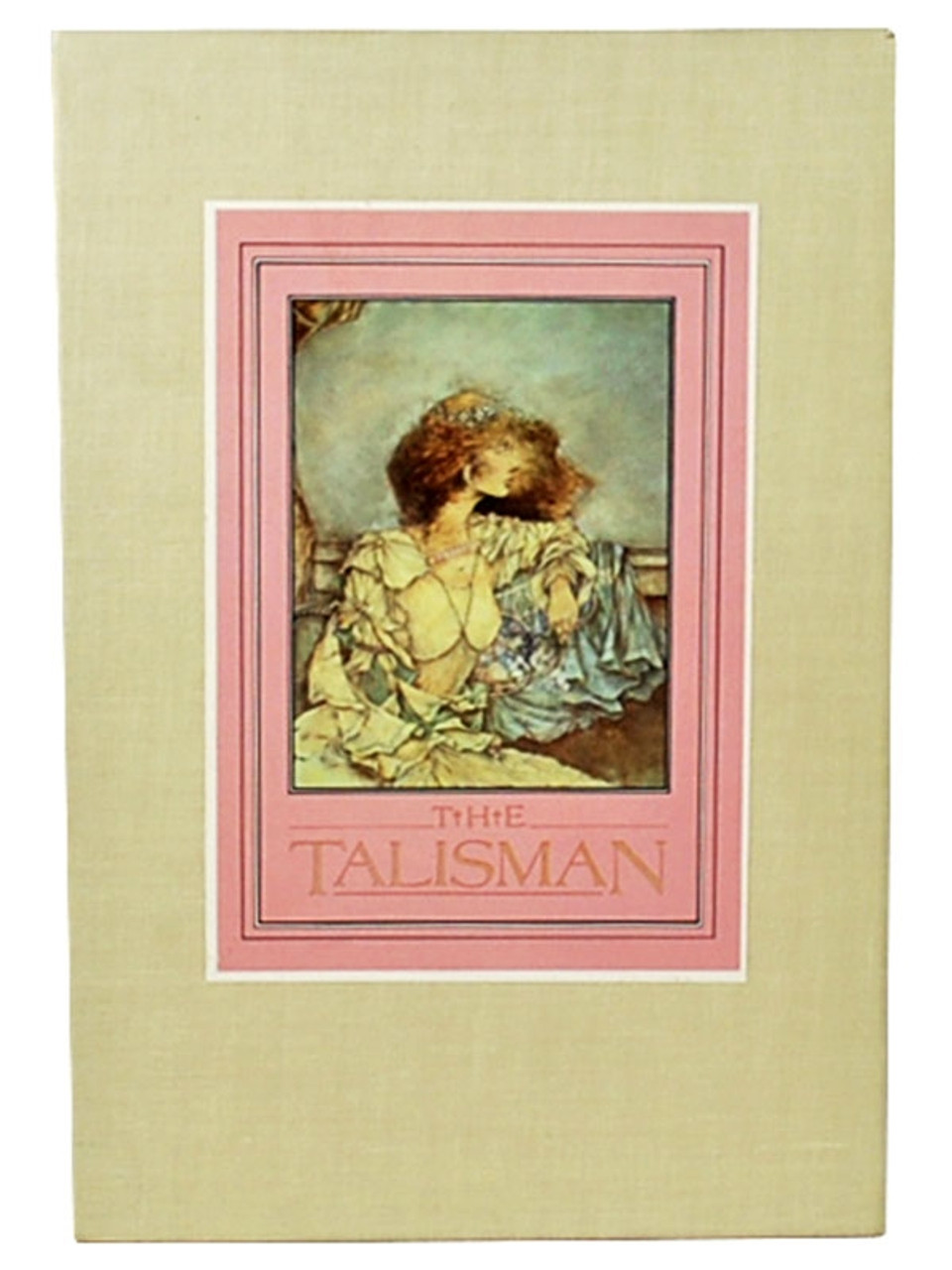 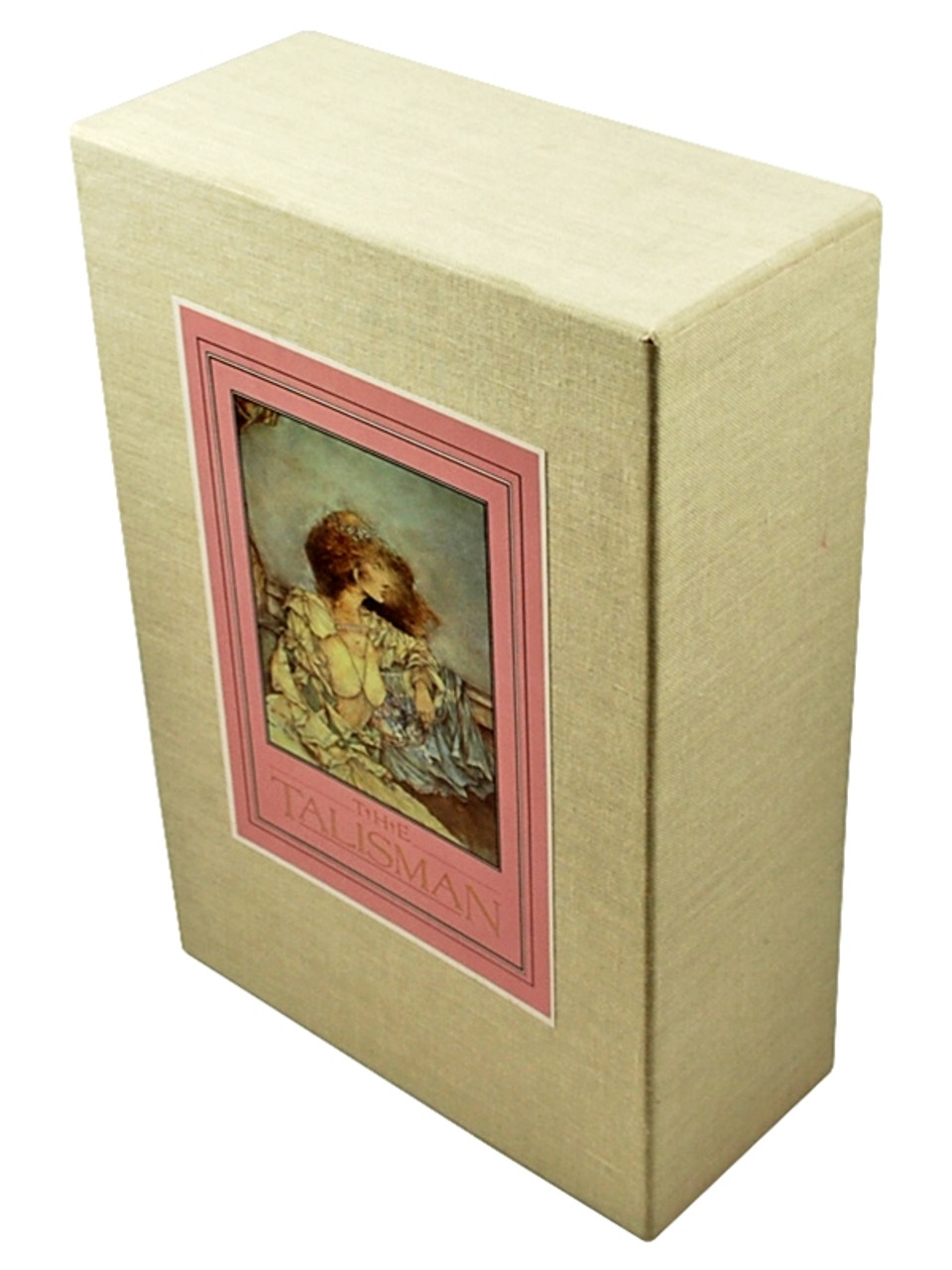 
Presenting two beautiful volumes for the collector of unique books.

This is the relatively low No.85 of 1200 numbered copies that have been signed by both authors on the limitation page. Bound in cream cloth with gray pictorial end-papers; bright gilt lettering and ruled boxes, with blind-stamped decoration, to the spines and front boards; and a sepia-tone illustration mounted to each front board. 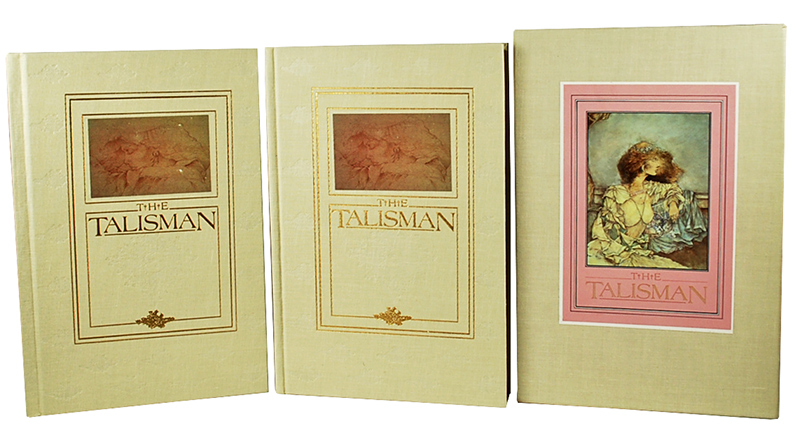 This book charts the adventure of a twelve year old boy named Jack Sawyer. The young hero sets out from Arcadia Beach, New Hampshire in a bid to save his mother, who is dying from cancer, by finding an artifact called "the Talisman."

The premise of the novel involves the existence of a parallel world to Earth, called "the Territories" (a strange fantasy world with ties to King's The Dark Tower). Individuals in the Territories have "twinners," or parallel individuals, in our world. Twinners' births, deaths, and (it is intimated) other major life events are usually para lleled. Twinners can also flip, but only share the body of their alternate universe's analogue. 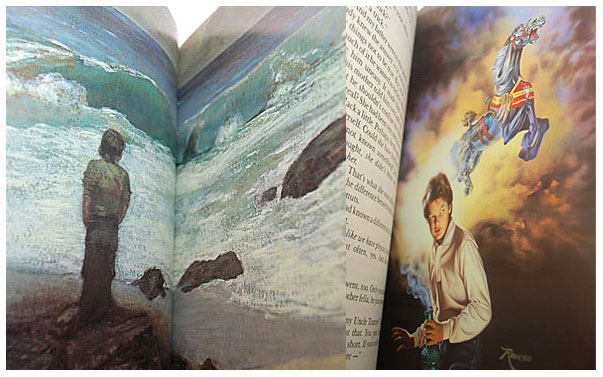 The idea of writing The Talisman first took form when Stephen King moved with his family to London in early 1977. It was there he met Peter and Susan Straub, along with their children, and the two writers became friends, both being fans of each other's work. After a short friendship, King and his family left after only three months back to the United States. Straub and King had talked multiple times before about collaborating to write a book, but nothing ever surfaced until ten years after King moved back, when the Straubs moved to the United States as well. According to King, after Straub moved, "the talk got serious," and they began writing. Their literary friendship did not end after the publication of The Talisman. In 1999 they began working on a sequel to The Talisman, dealing with Jack Sawyer as an adult. It was published in 2001, entitled Black House.

Very Fine/Very Fine for both hardcover volumes. Clean and straight boards without any markings, writings, or stamps. No attached bookplates or indication of any removed. Unread books with square and tight spines. Slipcase is Fine with no bumped corners. Original 1984 publication.

Personally signed by Stephen King, Peter Straub, and Rick Berry. An ideal gift for the Stephen King collector of rare books, limited to only 1,520 signed & numbered copies. This special edition has...