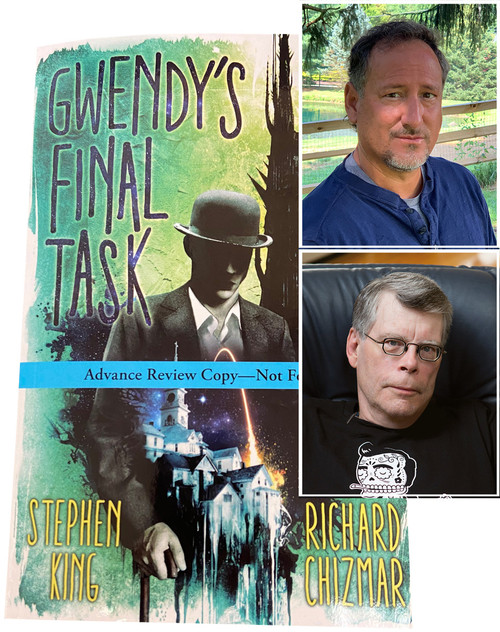 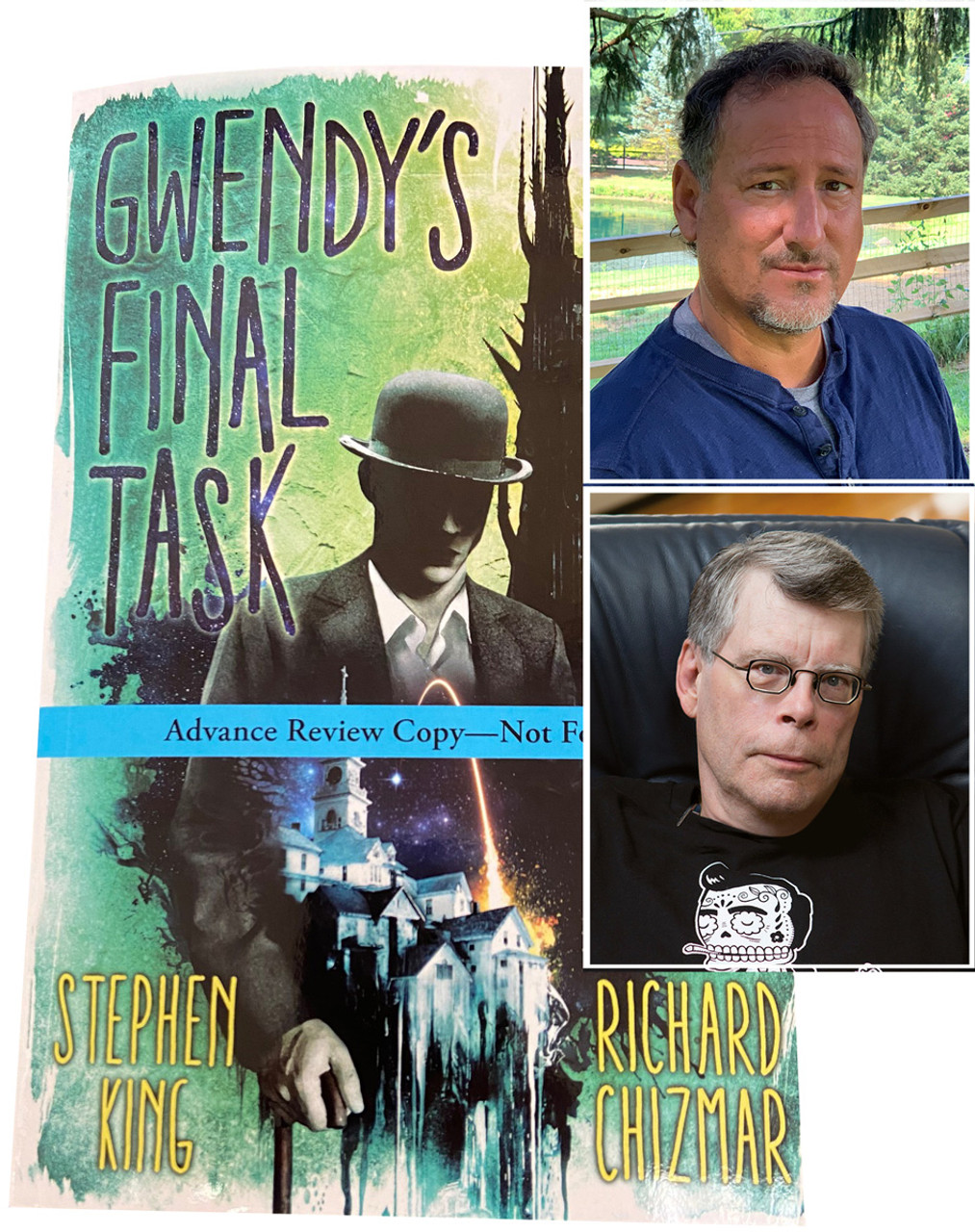 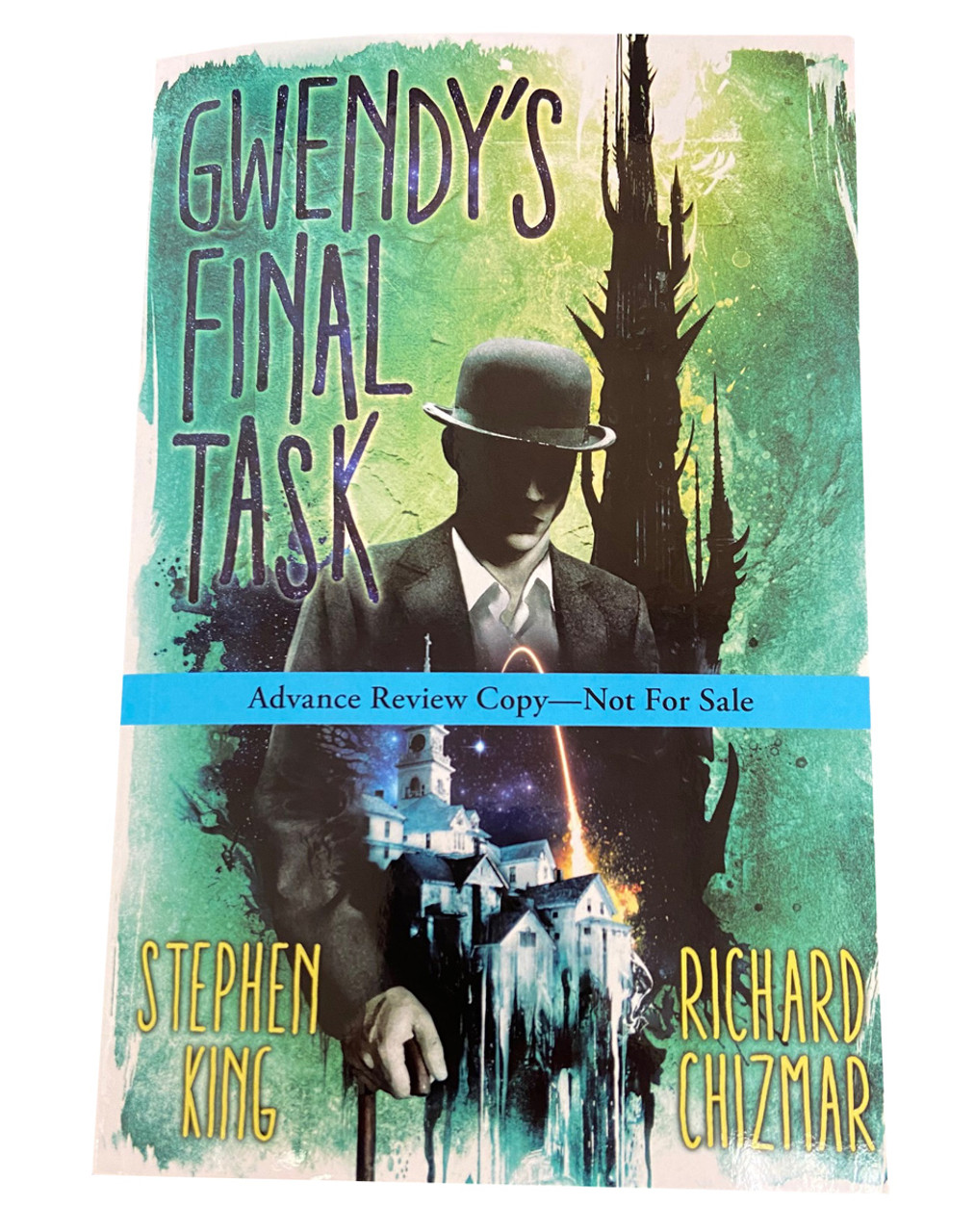 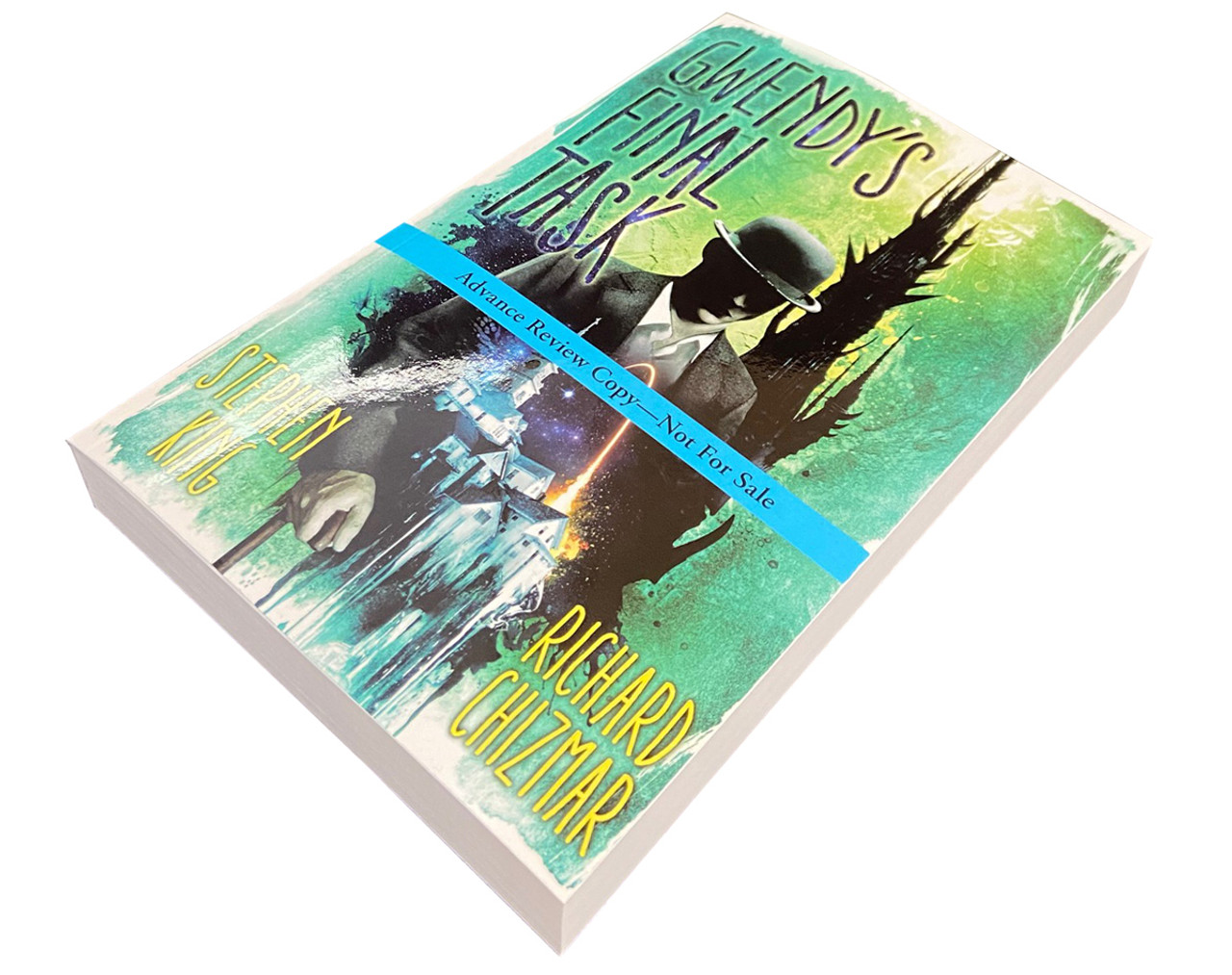 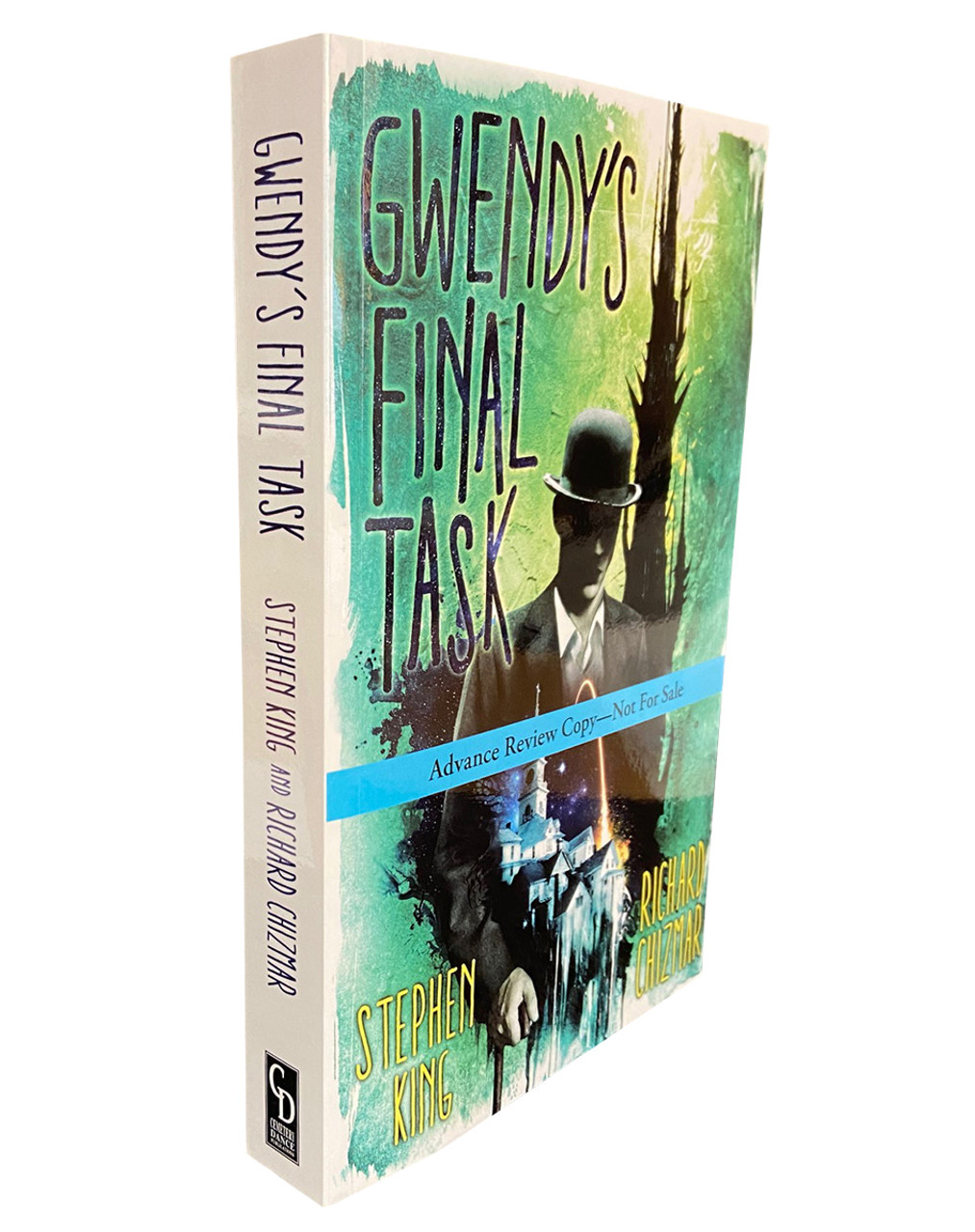 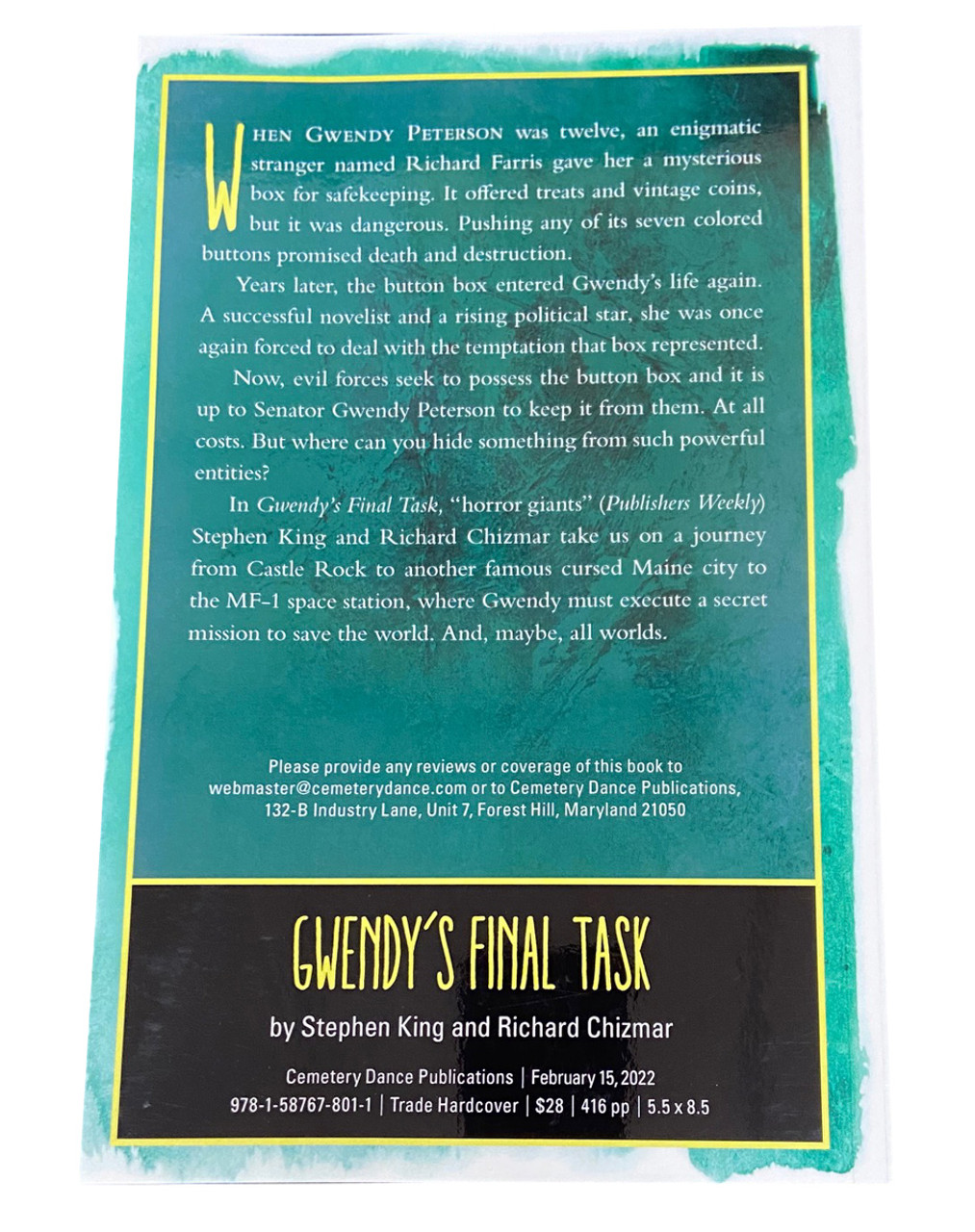 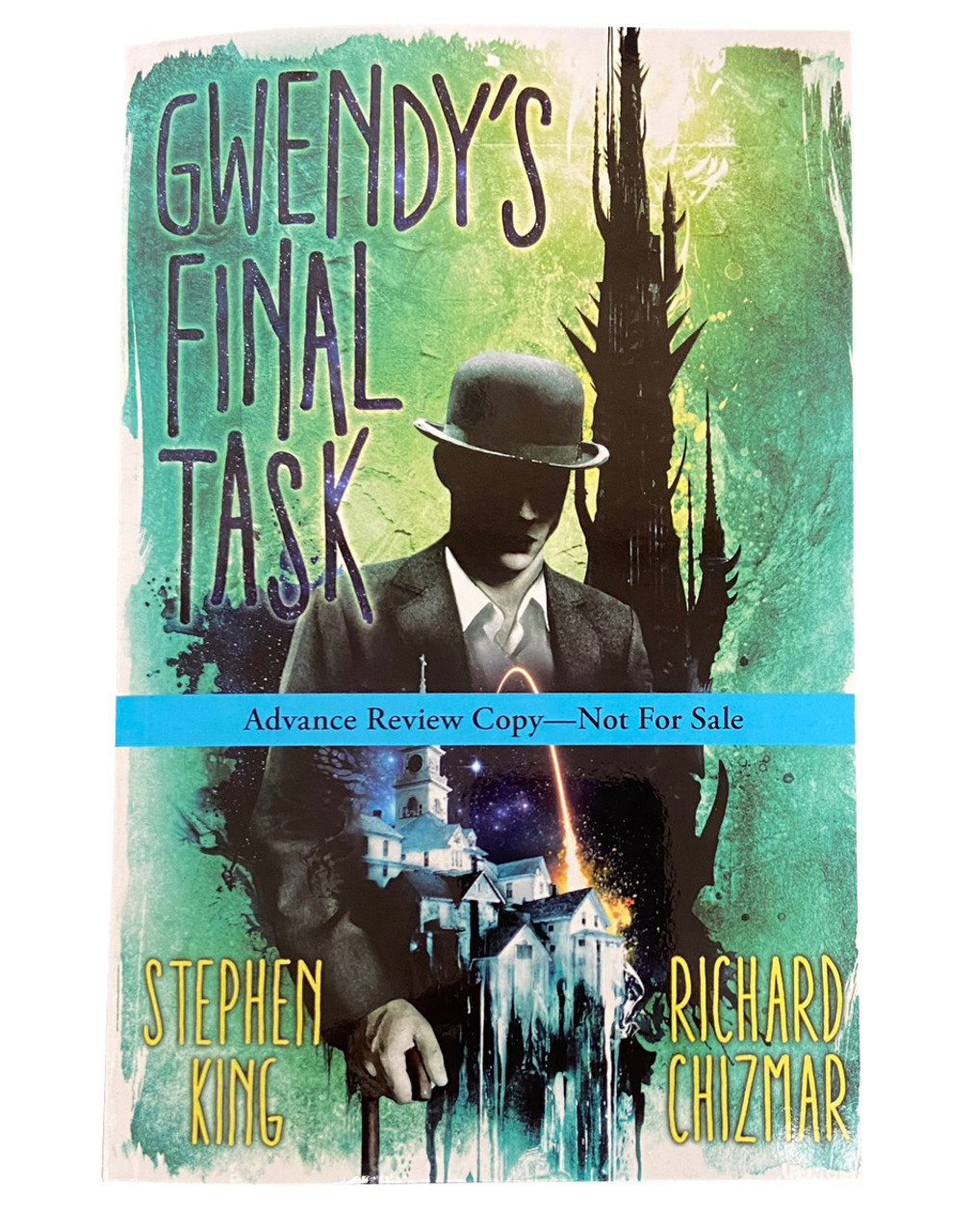 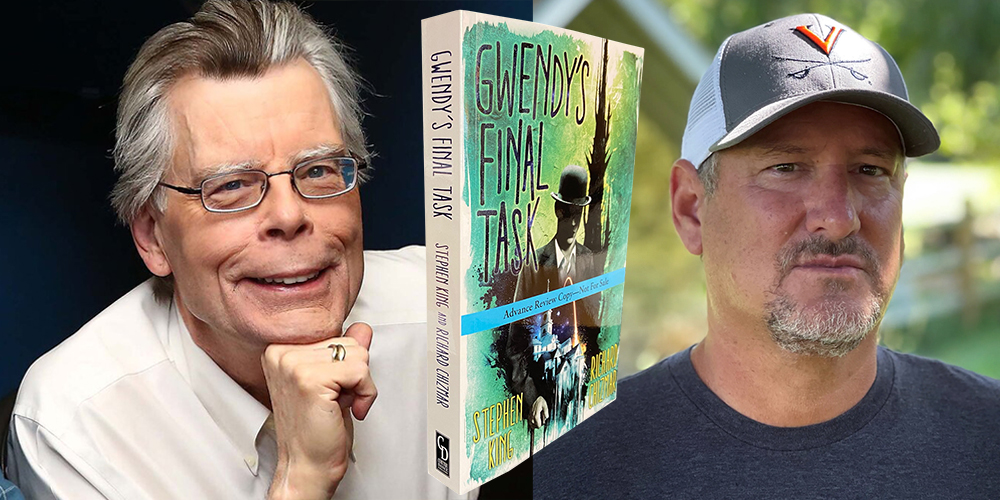 This book was published as a trade hardcover edition:

When Gwendy Peterson was twelve, a mysterious stranger named Richard Farris gave her a mysterious box for safekeeping. It offered treats and vintage coins, but it was dangerous. Pushing any of its seven colored buttons promised death and destruction.
Years later, the button box entered Gwendy’s life again. A successful novelist and a rising political star, she was once again forced to deal with the temptation that box represented.

Now, evil forces seek to possess the button box and it is up to Senator Gwendy Peterson to keep it from them. At all costs. But where can you hide something from such powerful entities?

In Gwendy’s Final Task, “horror giants” (Publishers Weekly) Stephen King and Richard Chizmar take us on a journey from Castle Rock to another famous cursed Maine city to the MF-1 space station, where Gwendy must execute a secret mission to save the world. And, maybe, all worlds.

Reviews and Praise for the Gwendy trilogy:

"Man, I love this story! The whole thing just races and feels so right-sized and so scarily and sadly relevant. Loved the characters... and the sense of one little girl's connection to the whole world through this weird device. It all just sang."
— JJ Abrams

"Horror giants King (End of Watch) and Chizmar (A Long December) revisit one of King's most popular locales... (this) story packs quite a punch, and the only complaint readers will likely have is that it isn't longer."
— Publishers Weekly

"Where the story shines is in the universal questions it asks: how much of any of our lives is our own doing versus a result of intervention from an unseen force? And how much power do any of us have to save the world—or destroy it? Readers will eagerly devour this thought-provoking, satisfying tale, even as it leaves them unsettled."
— Booklist

He is the co-author (with Stephen King) of the bestselling novella, Gwendy’s Button Box and the founder/publisher of Cemetery Dance magazine and the Cemetery Dance Publications book imprint. He has edited more than 35 anthologies and his short fiction has appeared in dozens of publications, including multiple editions of Ellery Queen’s Mystery Magazine and The Year’s 25 Finest Crime and Mystery Stories. He has won two World Fantasy awards, four International Horror Guild awards, and the HWA’s Board of Trustee’s award.

Chizmar (in collaboration with Johnathon Schaech) has also written screenplays and teleplays for United Artists, Sony Screen Gems, Lions Gate, Showtime, NBC, and many other companies. He has adapted the works of many bestselling authors including Stephen King, Peter Straub, and Bentley Little.

His latest book, The Girl on the Porch, was released in hardcover by Subterranean Press, and Widow’s Point, a chilling novella about a haunted lighthouse written with his son, Billy Chizmar, was recently adapted into a feature film.

Chizmar’s work has been translated into more than fifteen languages throughout the world, and he has appeared at numerous conferences as a writing instructor, guest speaker, panelist, and guest of honor. 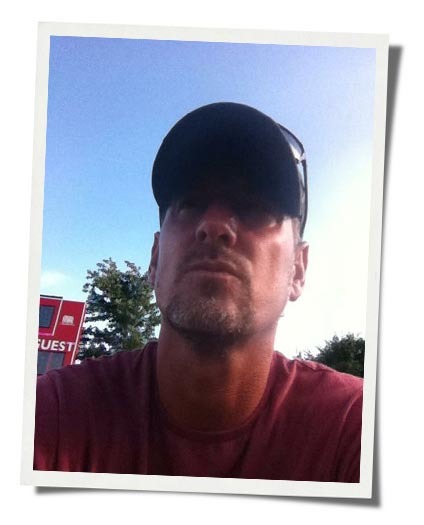 VERY FINE softcover book. Unread with a square and tight spine. A wonderful bright clean copy free of markings, writings, or stamps. No bookplates attached or signs of any removed. Sharp corners. Bright lettering on spine which is not faded.