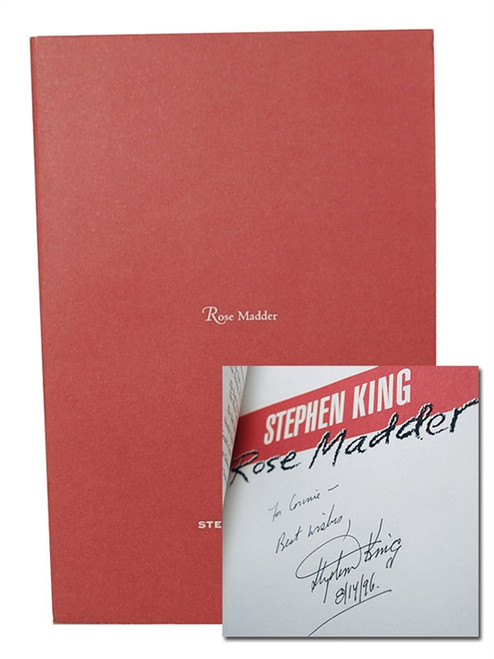 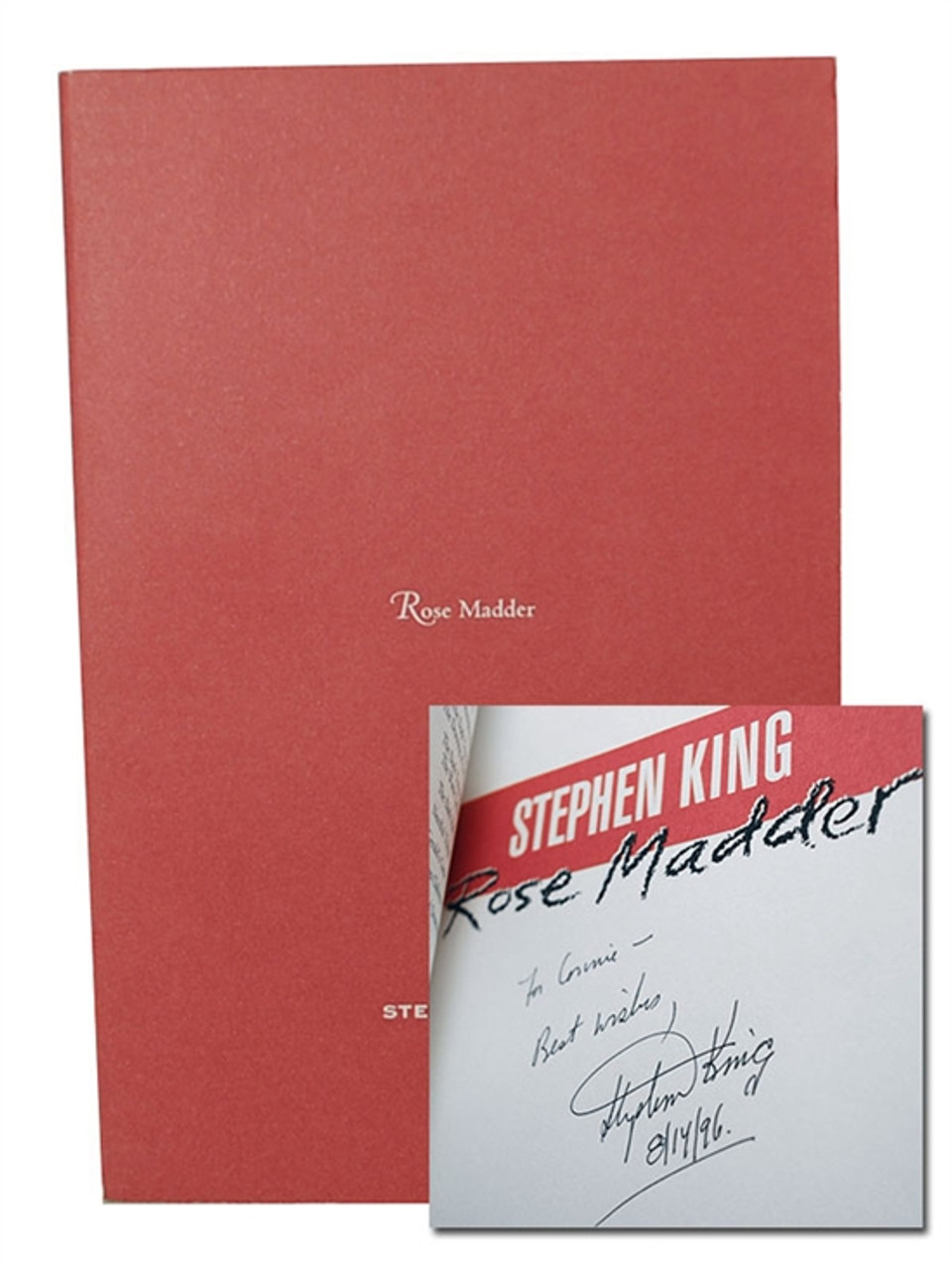 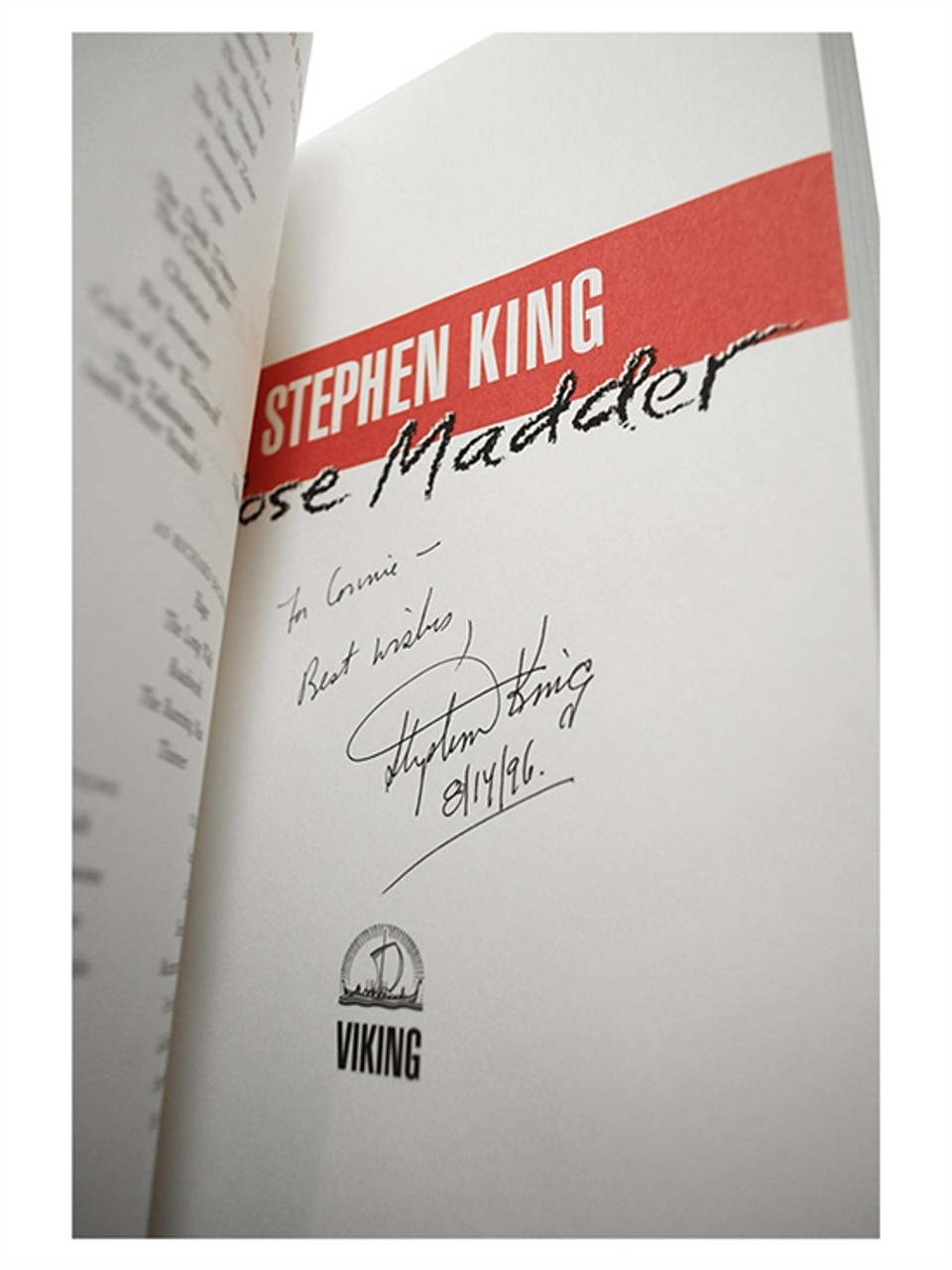 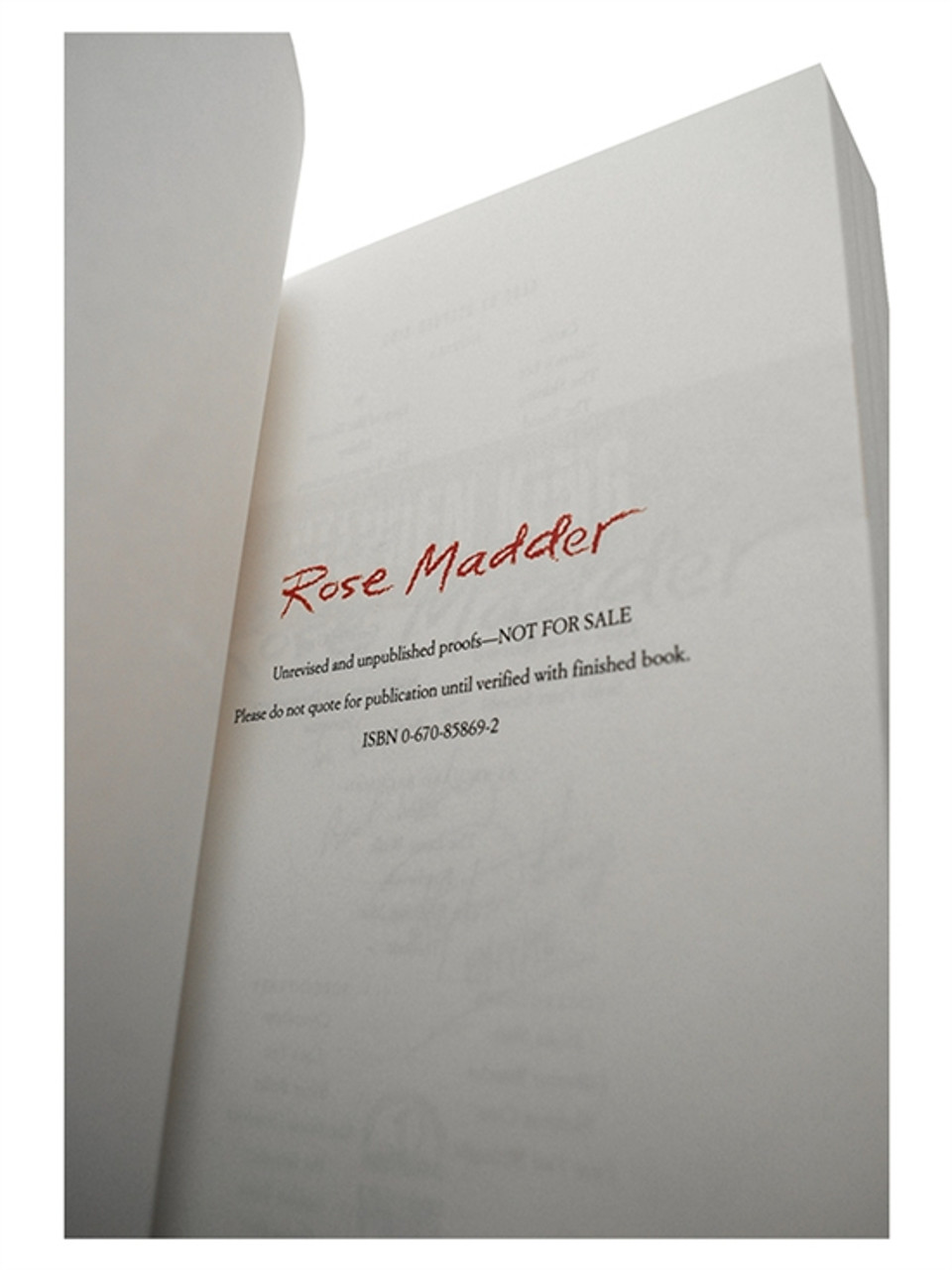 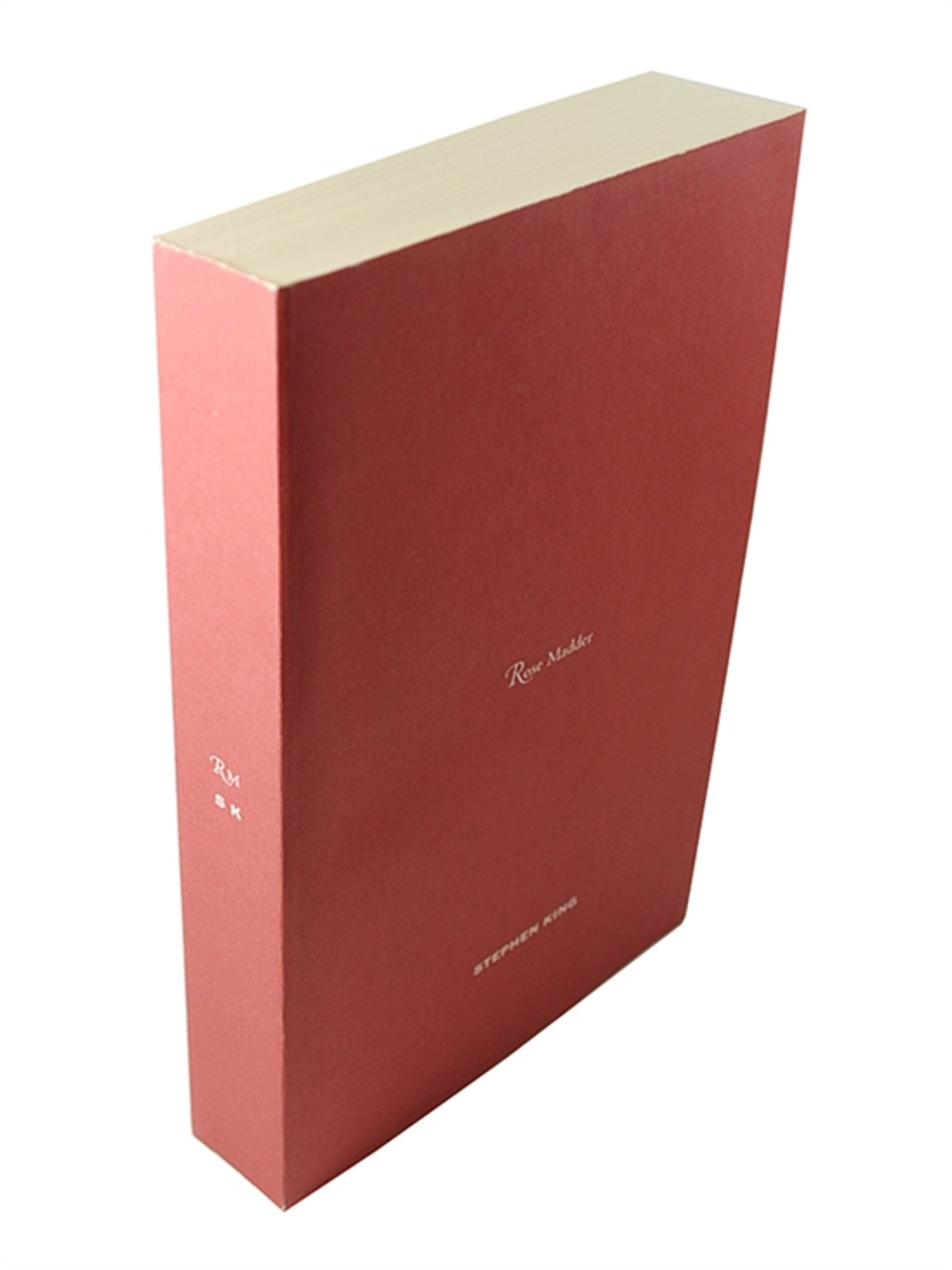 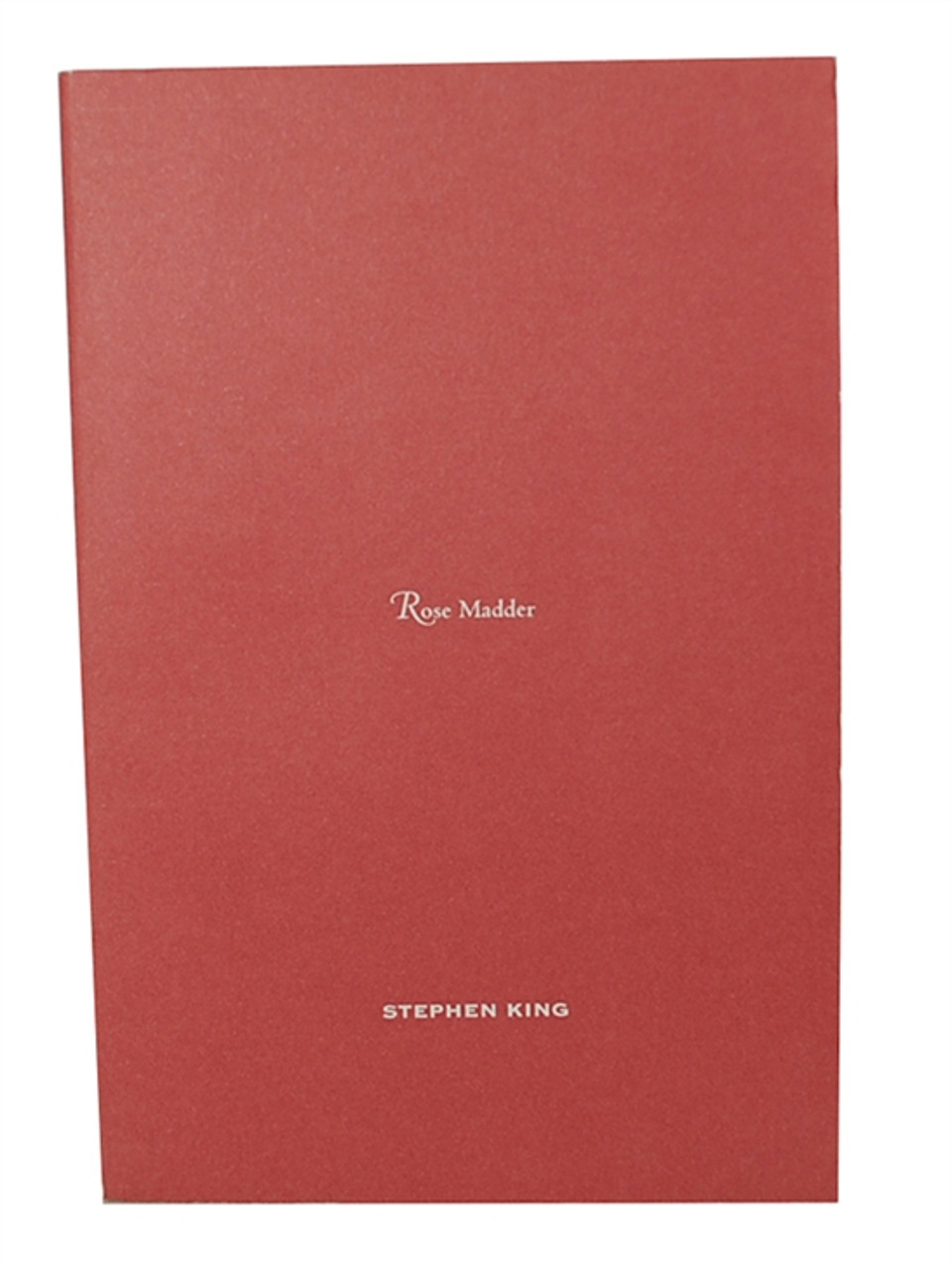 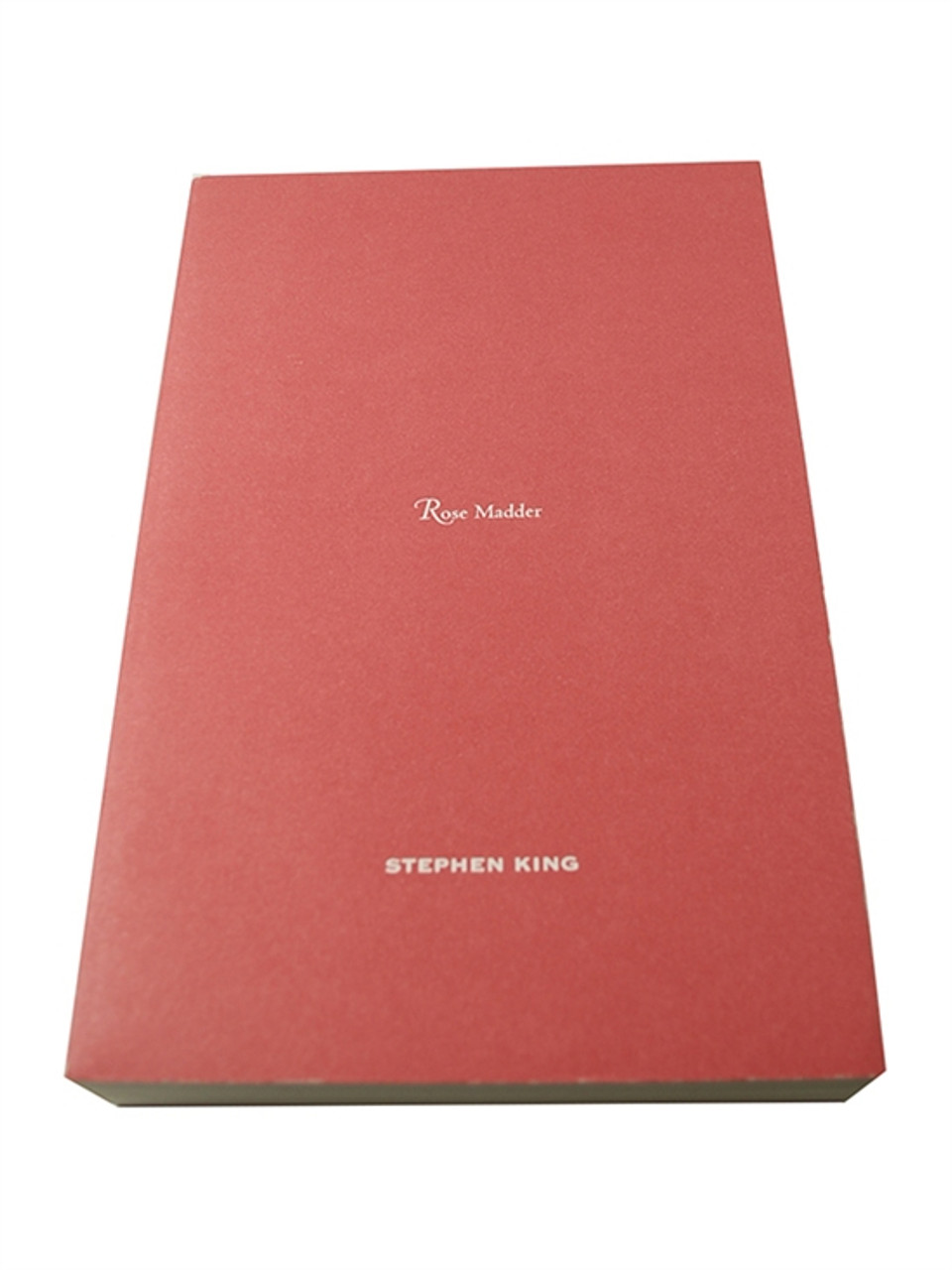 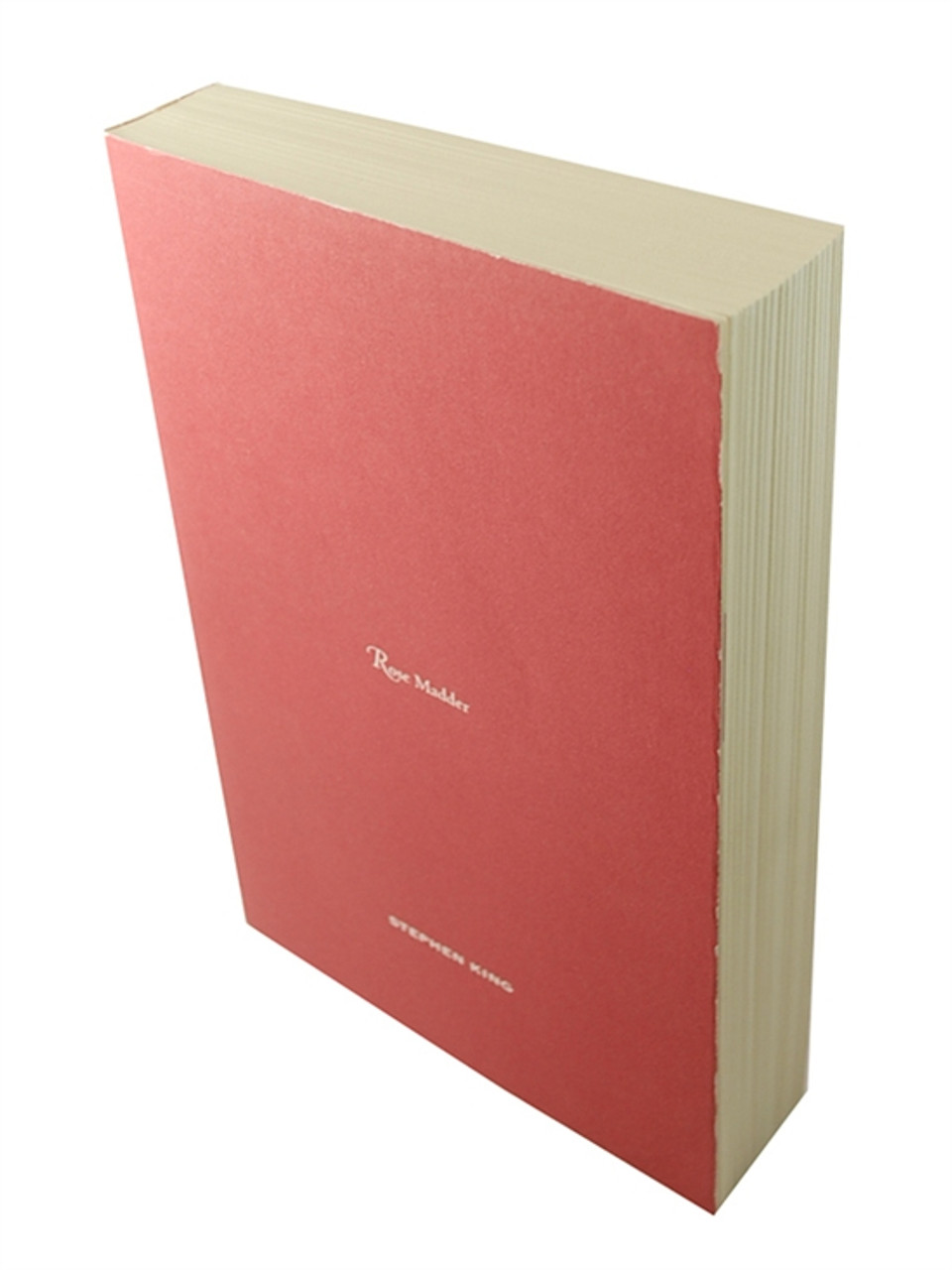 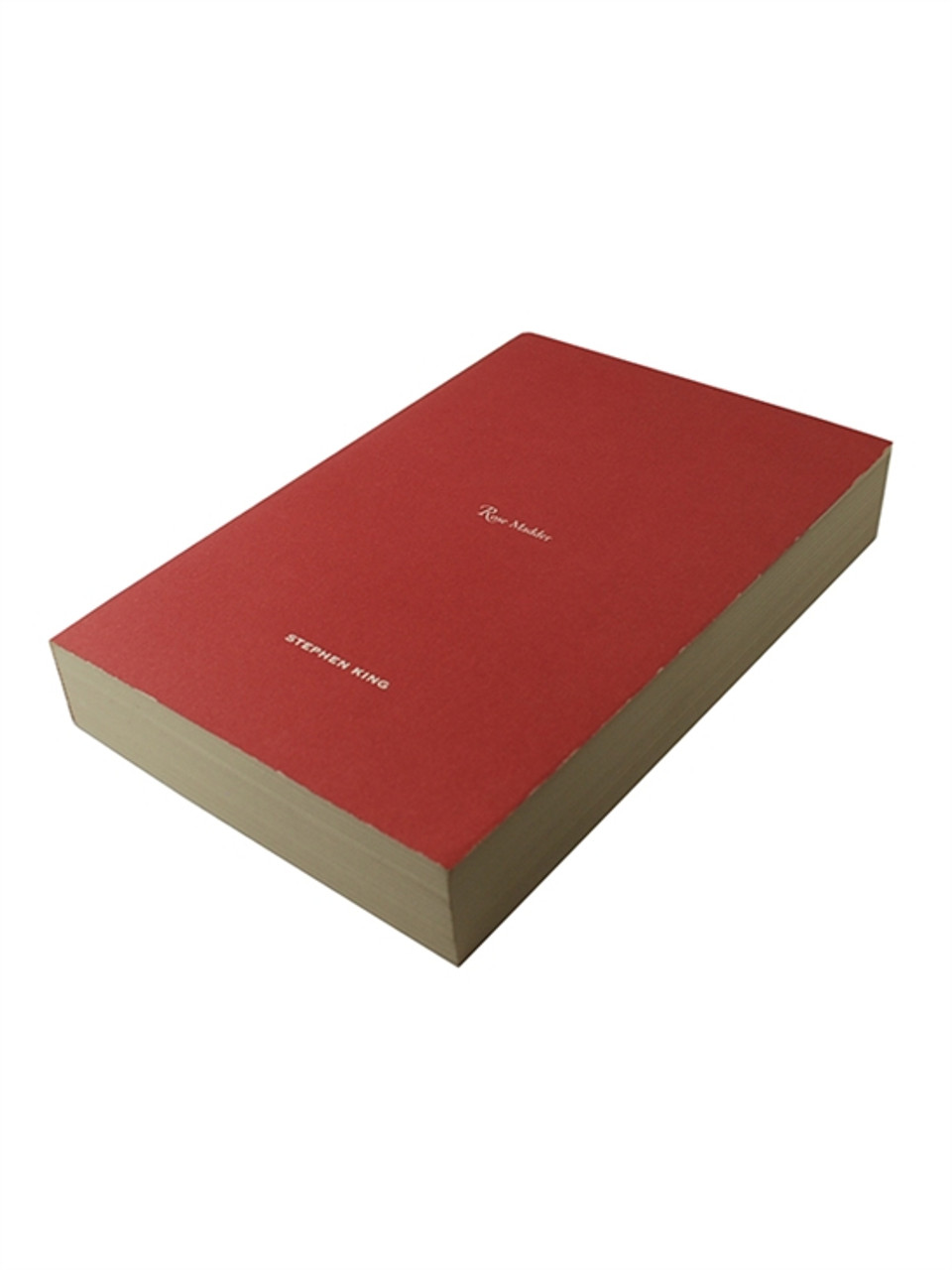 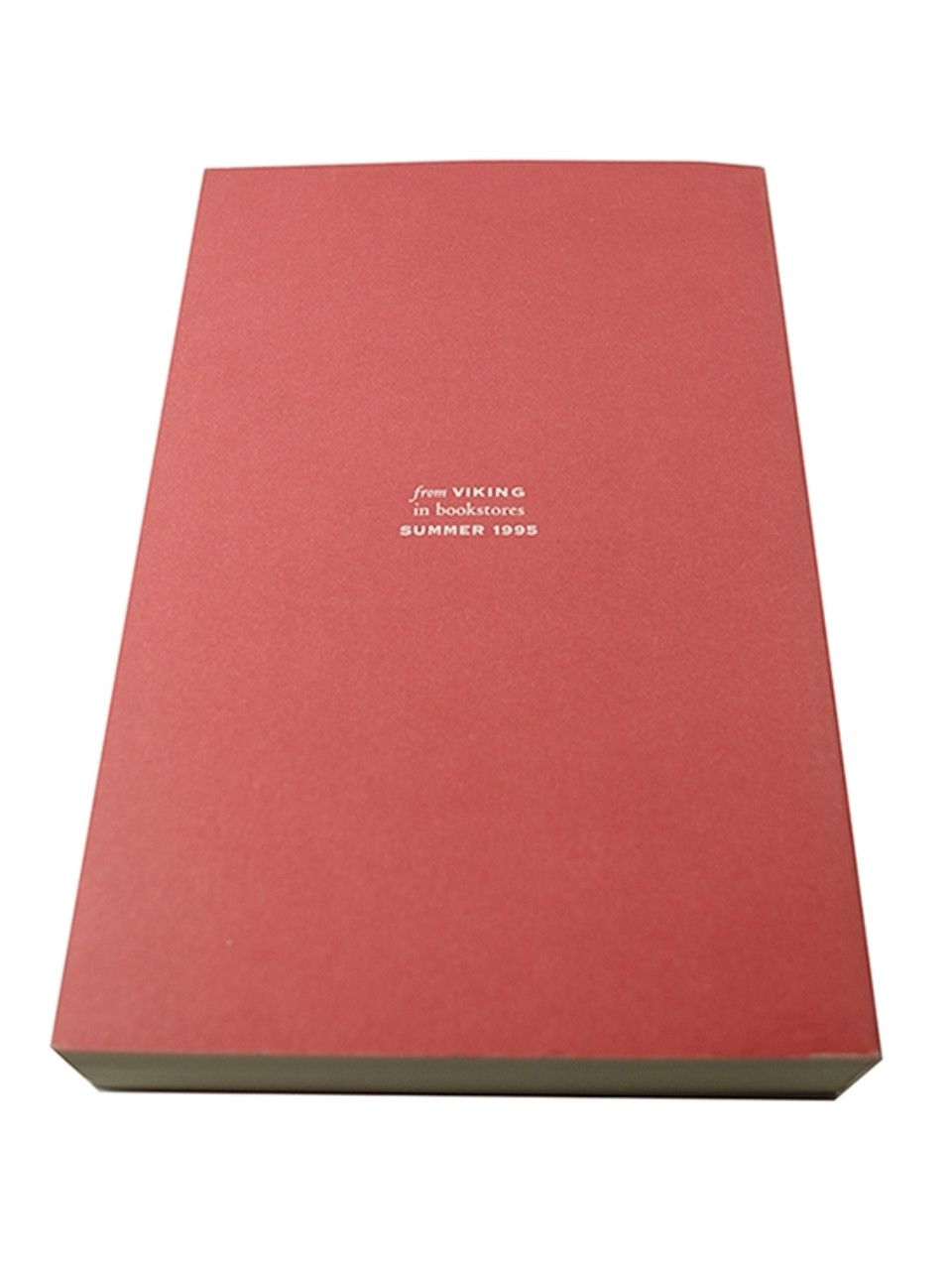 A rare proof, personally signed and dated by Stephen King directly onto the title page.

For the avid Stephen King collector. Signed and dated only one year after publication.

Viking Press 1995. Stephen King "Rose Madder". Softcover. Unrevised and Unpublished Proof - "NOT FOR SALE" as stated on the first page. This signed proof of Rose Madder is currently the only one available anywhere. The back cover clearly states: "from VIKING in bookstores SUMMER 1995". This particular proof has been signed and dated by Stephen King along with a personal inscription:

This is the story of Rose Daniels, "the most richly portrayed female King's ever created" (Detroit Free Press). Escape from her macabre marriage is not as easy as fleeing to a new city, picking a new name, finding a new job, and lucking out with a new man. Not with a husband like Norman...

After 14 years of being beaten, Rose Daniels wakes up one morning and leaves her husband -- but she keeps looking over her shoulder, because Norman has the instincts of a predator. And what is the strange work of art that has Rose in a kind of spell? In this brilliant dark-hued fable of the gender wars, Stephen King has fashioned yet another suspense thriller to keep readers right on the edge.

Vincent Chong is an award-winning freelance illustrator and designer living in the UK. He has worked for clients around the world on projects ranging from book cover designs to website art, and has illustrated the works of renowned authors such as Stephen King and Ray Bradbury. In 2010 he released his first art book, Altered Visions: The Art of Vincent Chong. Vincent has also received the British Fantasy Award for 'Best Artist' on multiple occasions and has been shortlisted for the World Fantasy and BSFA Awards for Best Artist'. You can learn more about Vincent at www.vincentchong-art.co.uk and vincentchongart.wordpress.com.

Erin S. Wells grew up on a farm in southwestern Wisconsin, surrounded by corn fields, creeks and wooded hills. She earned a B.A. degree from Coe College in Cedar Rapids, Iowa, and an M.F.A. from the Academy of Art University in San Francisco. Erin now lives happily with her husband amongst the redwoods in California's Santa Cruz Mountains, and works as an illustrator and fine artist.

Unread with a tight binding and as Fine as you would expect it to be as shipped directly from the publisher. A couple of minor chips on the page edges, typical of all proofs. Photos of the actual proof. No stains, marks, writings or stamps. No attached bookplates or indication of any removed. A wonderful bright clean copy. A collector's grade softcover book.

Personally signed by Stephen King with a personal inscription directly onto the title page on the date of publication. The Dead Zone is a tight, well-crafted book. When asked in 1983 which of...

Five Matching Numbers Volumes, Each One Personally Signed by Stephen King An Immaculate Collection of Fantasy Literature This is The Dark Tower series, of which King considers his magnum opus. An...