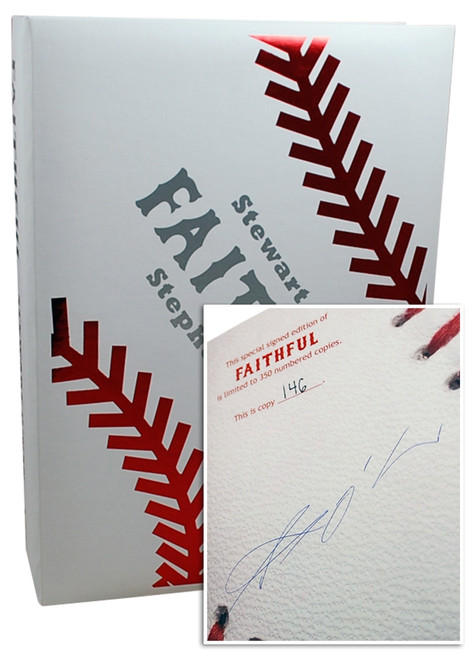 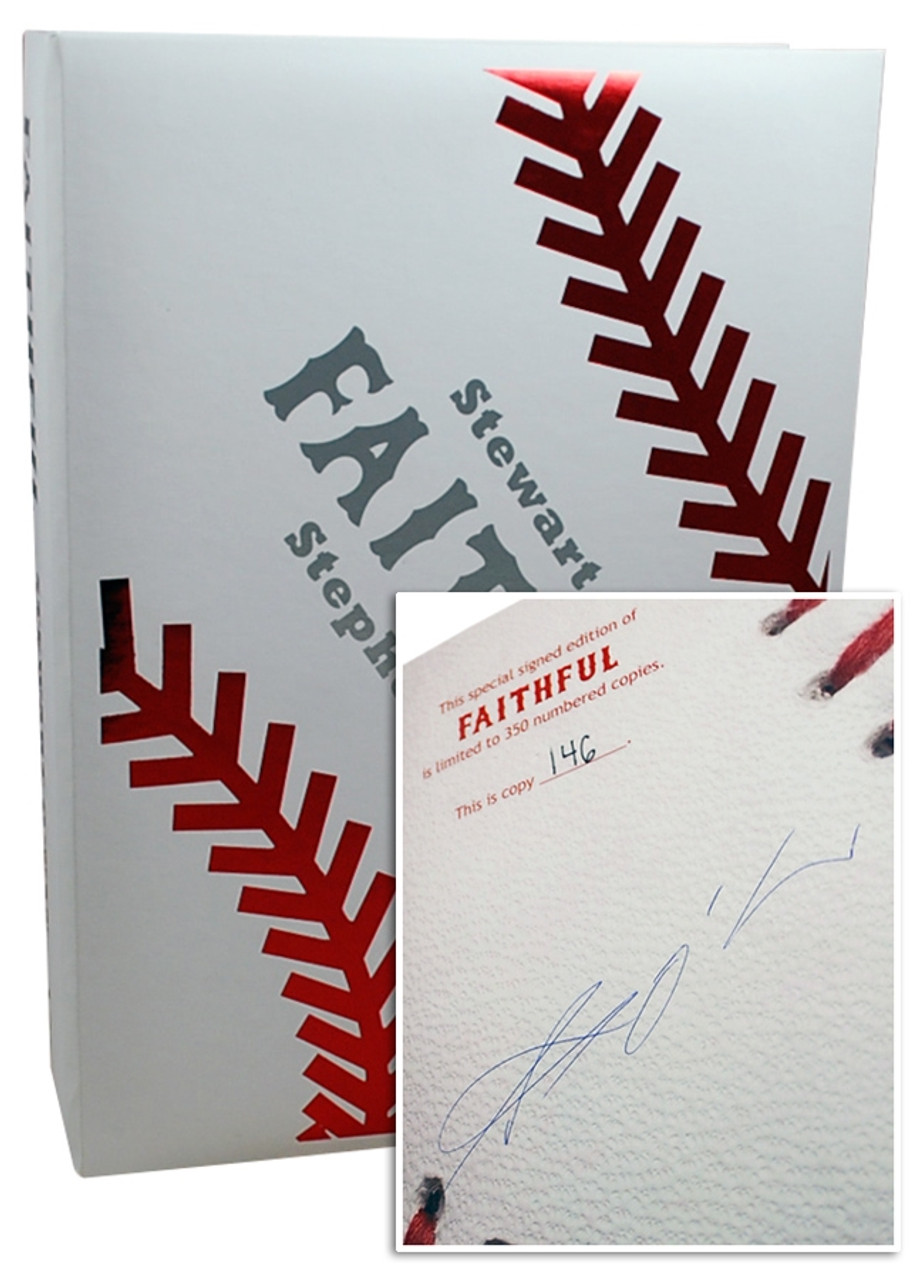 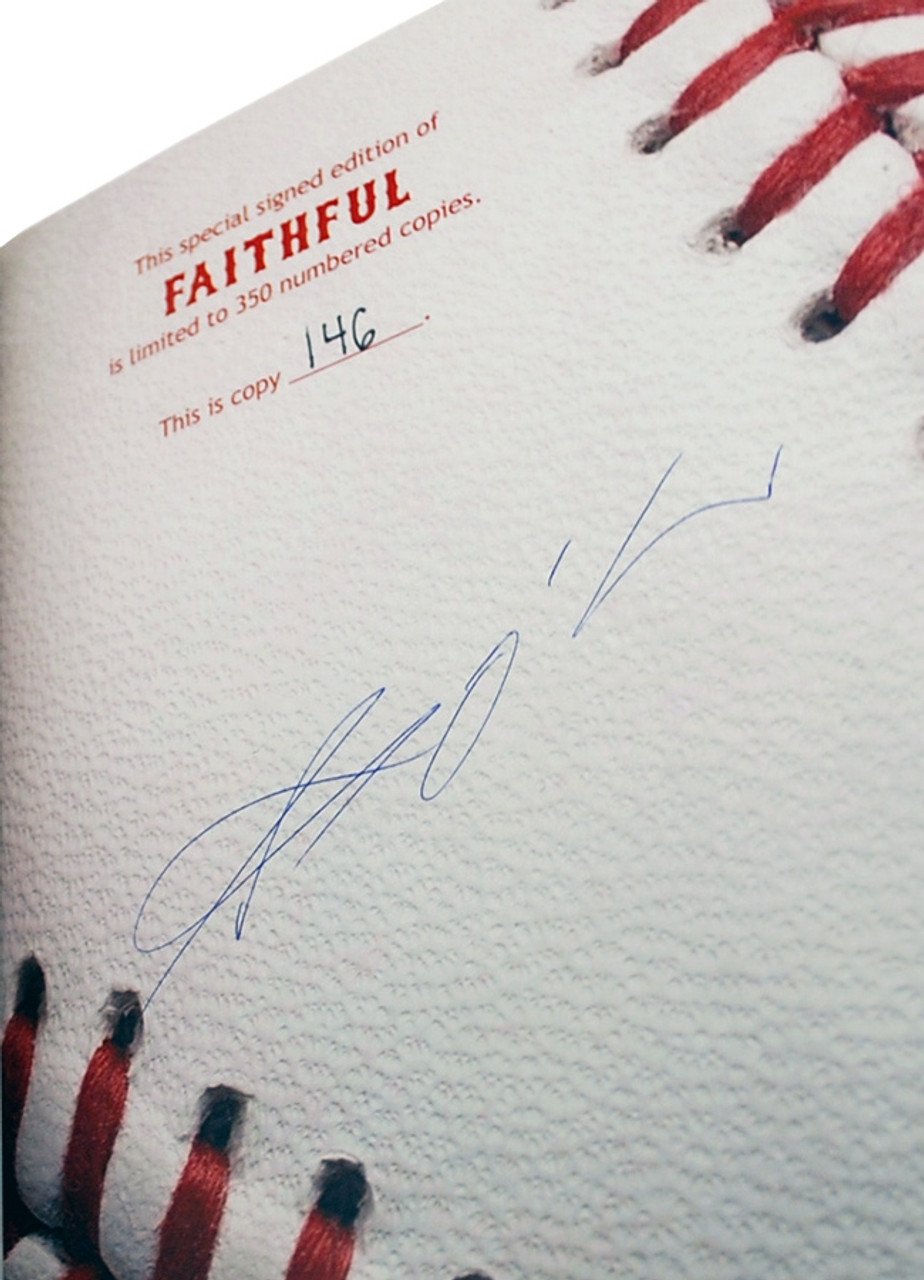 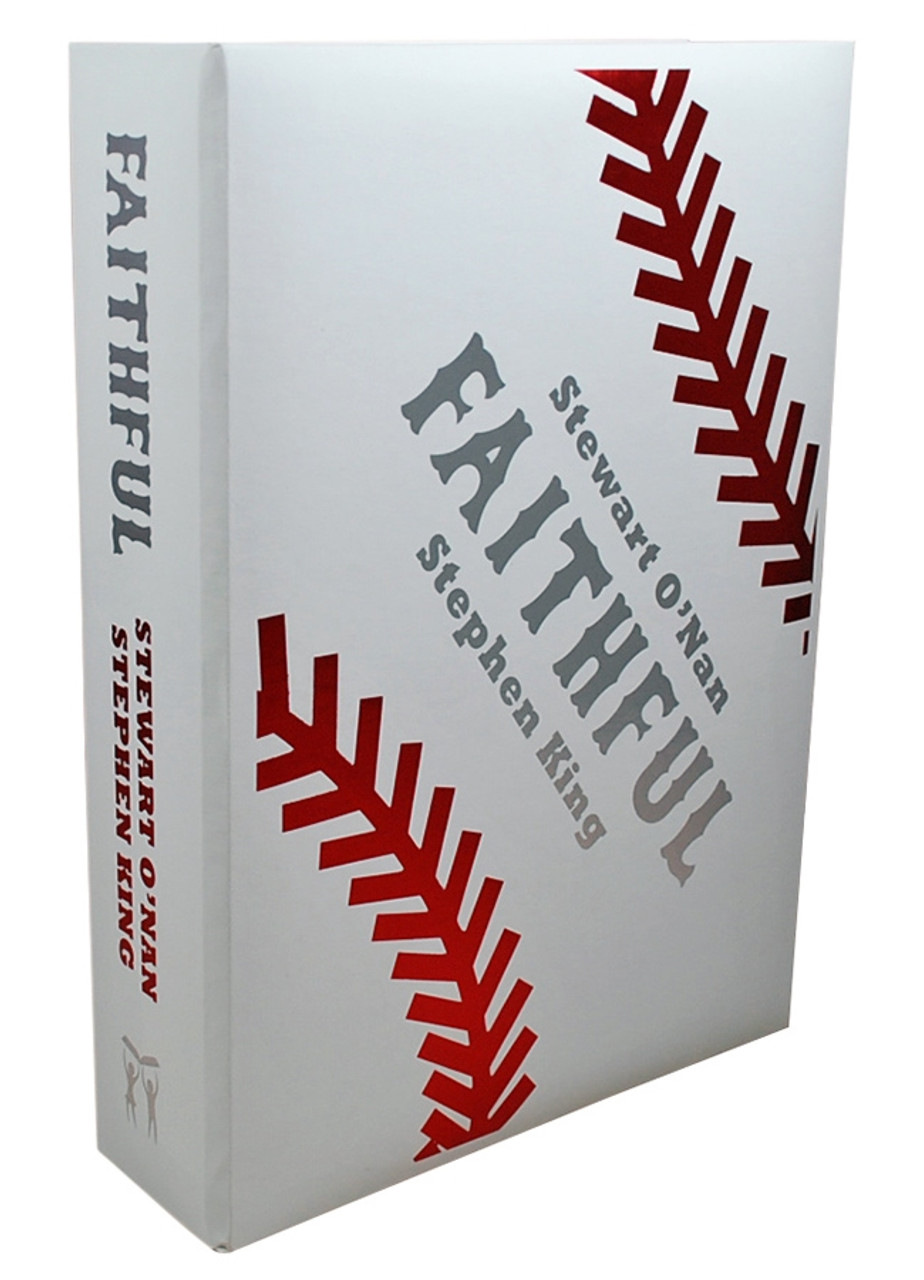 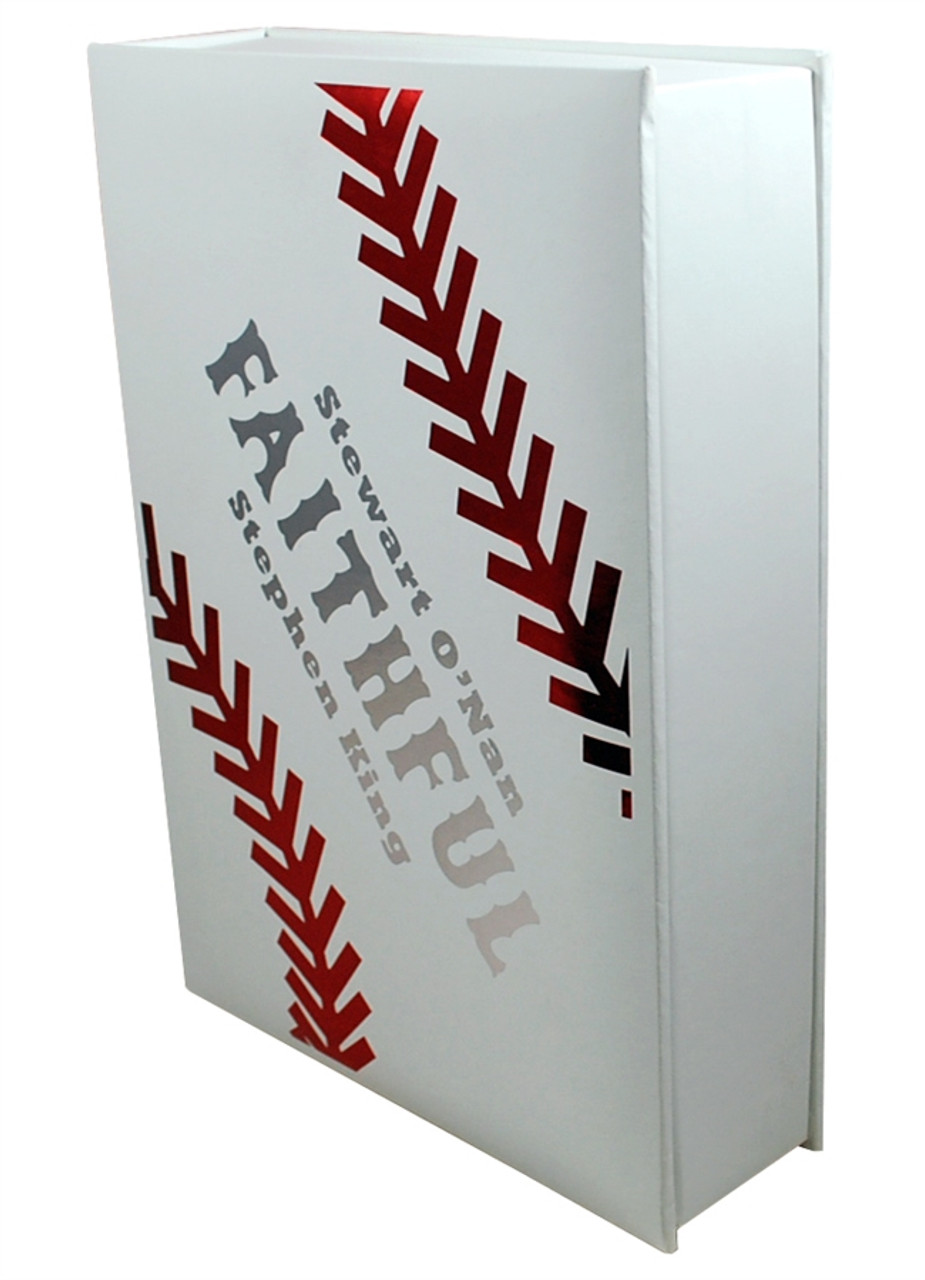 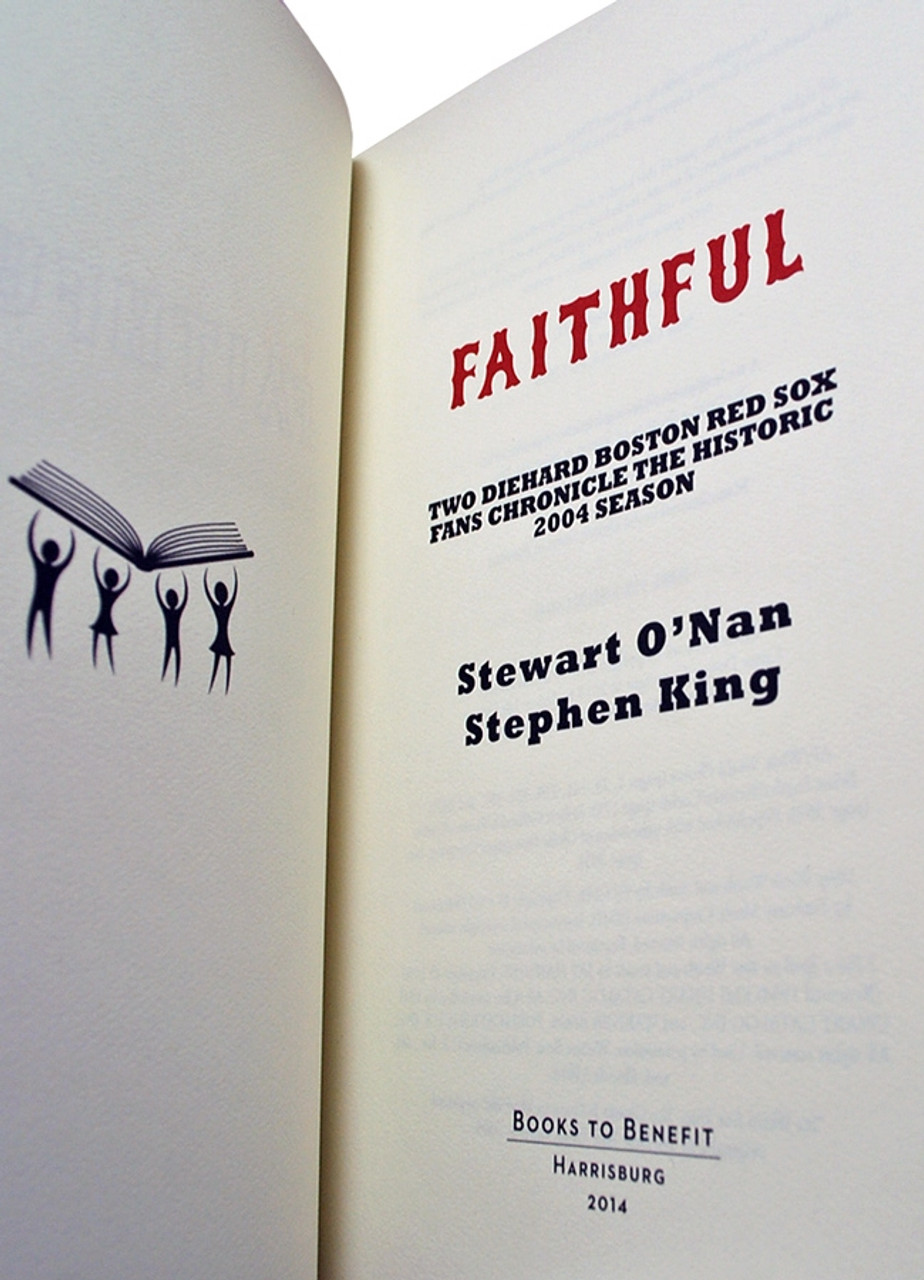 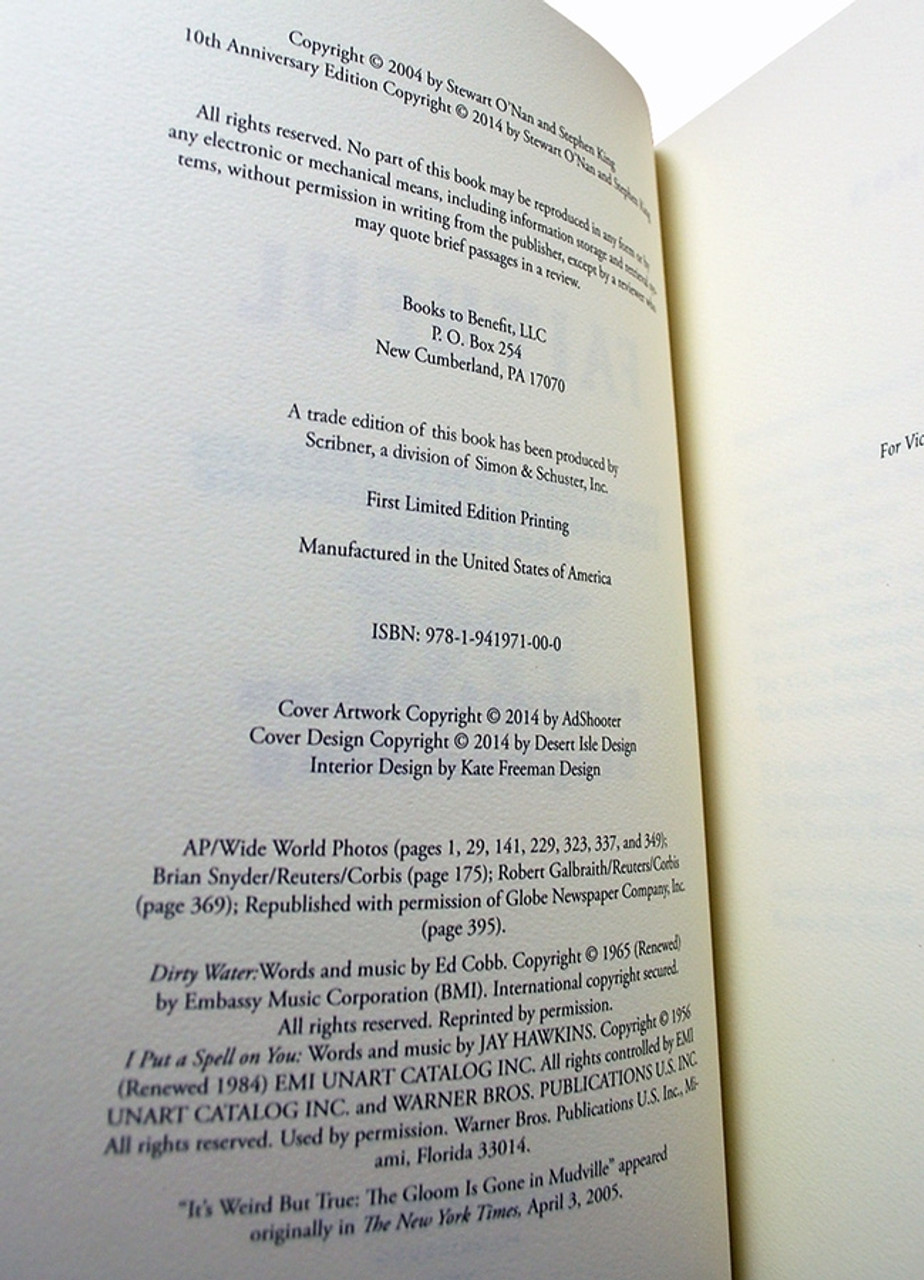 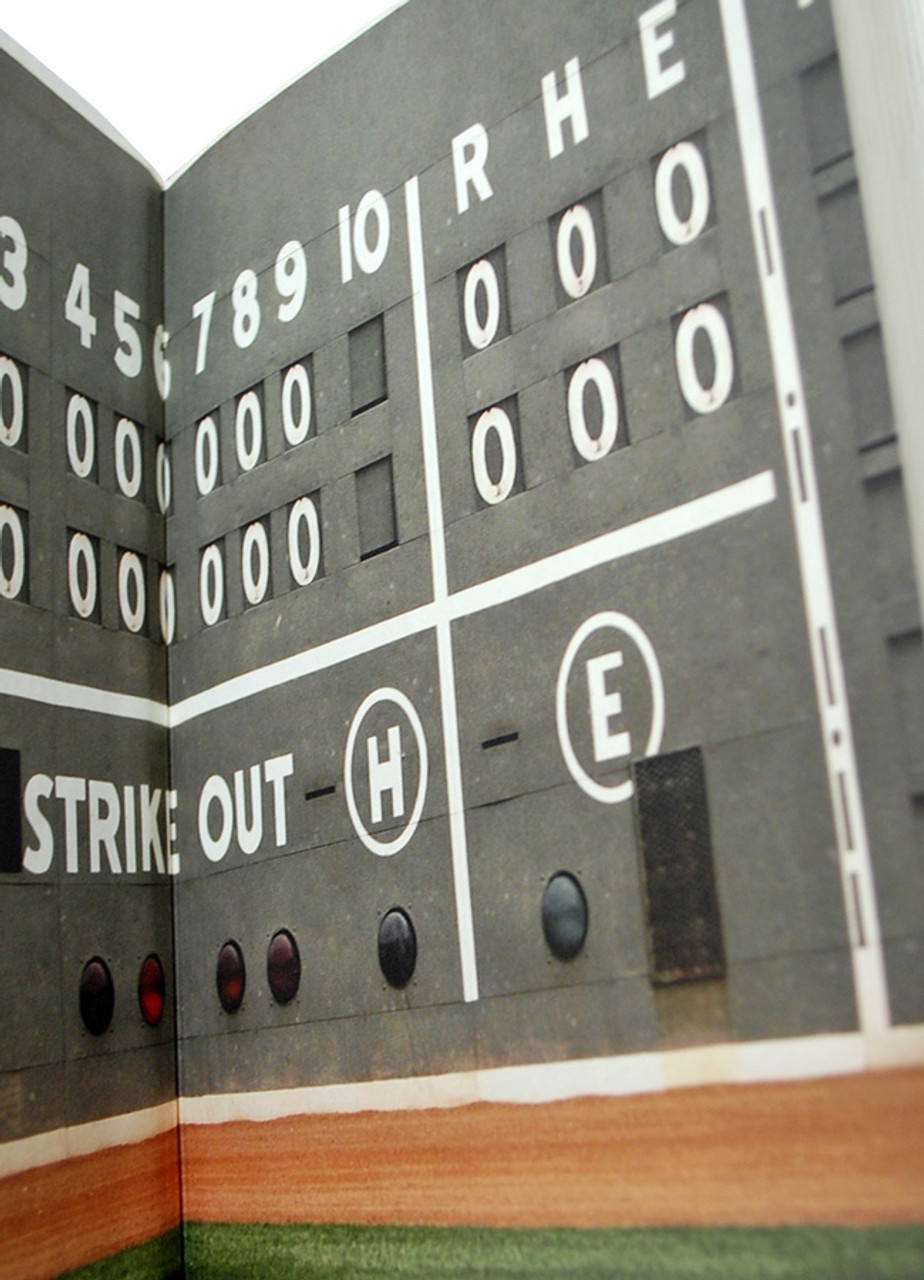 Personally signed by Stewart O'Nan directly onto the limitation page.


Books To Benefit, Harrisburg. 2014. Stewart O'Nan and Stephen King "Faithful: Two Diehard Boston Red Sox Fans Chronicle the Historic 2004 Season". Signed and Tray-cased Deluxe Hardcover Limited Edition. This is No. 146 of only 350 produced in this edition. "First Limited Edition Printing" as stated on the copyright page. Hardcover without dust-jacket as issued by the publisher. Photos of actual item. 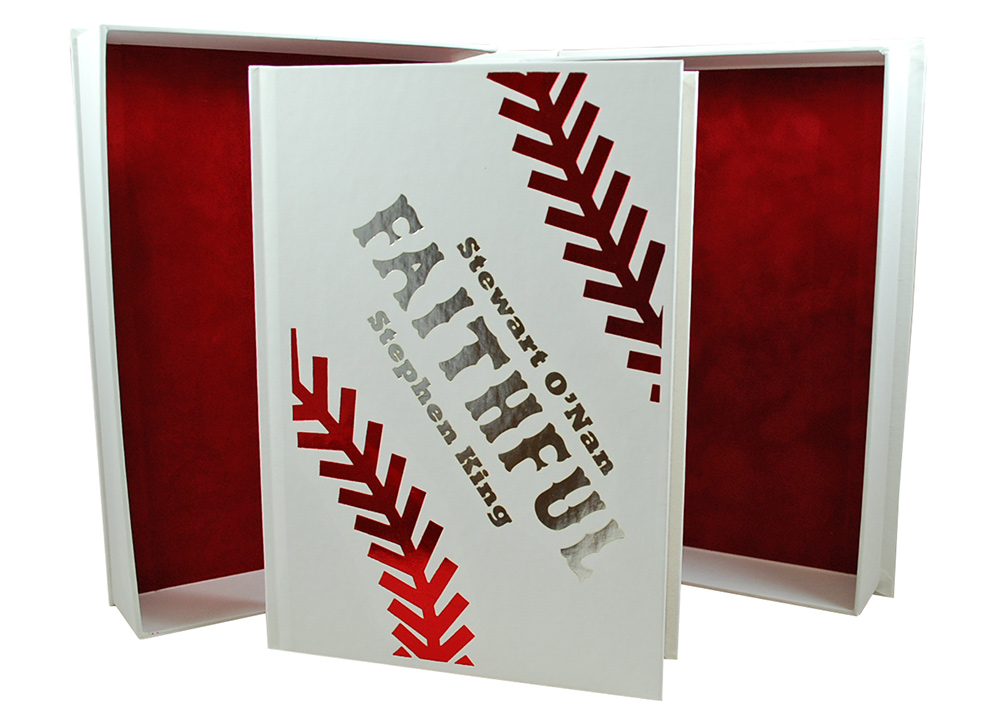 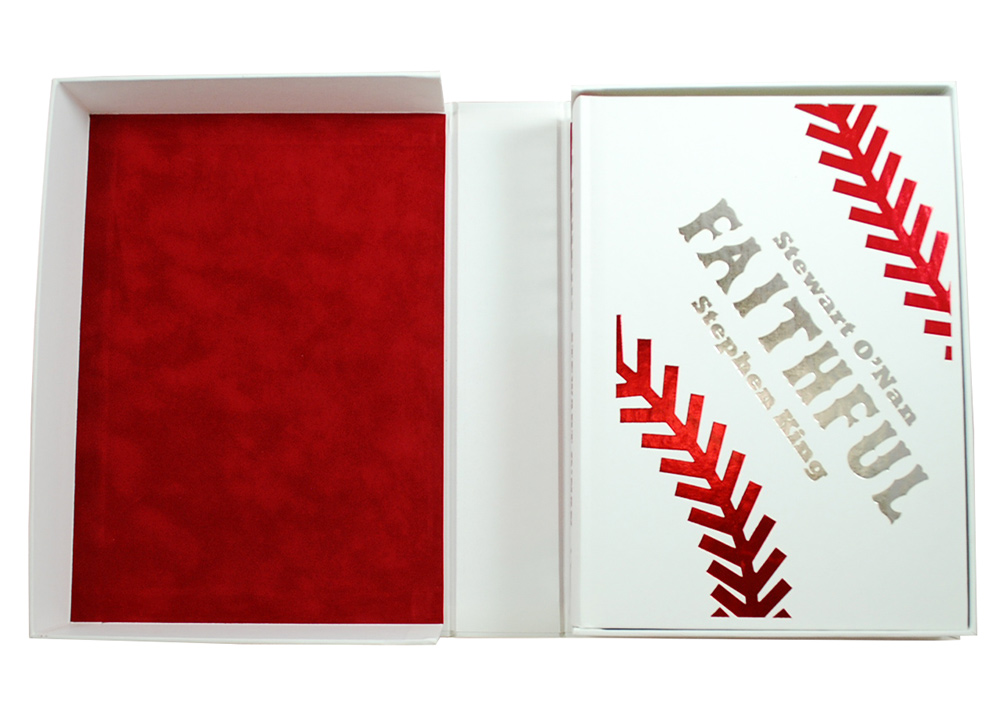 VERY FINE GUARANTEED. As New without any discernible flaws. A wonderful bright clean copy. Unread book with square and tight spine. Tray-case in new condition without any flaws.

Personally signed by Michael Whelan. This is No. 90 of 200   Michael Whelan 1980. FIRESTARTER - Signed Limited Edition of only 200. Acrylic on Masonite. Michael Whelan's first cover art for...