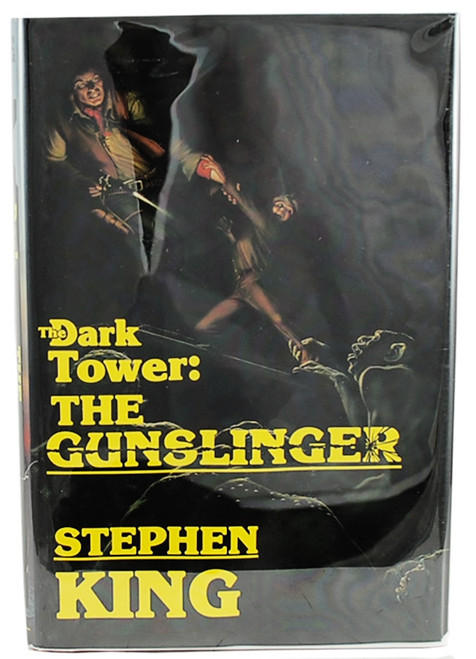 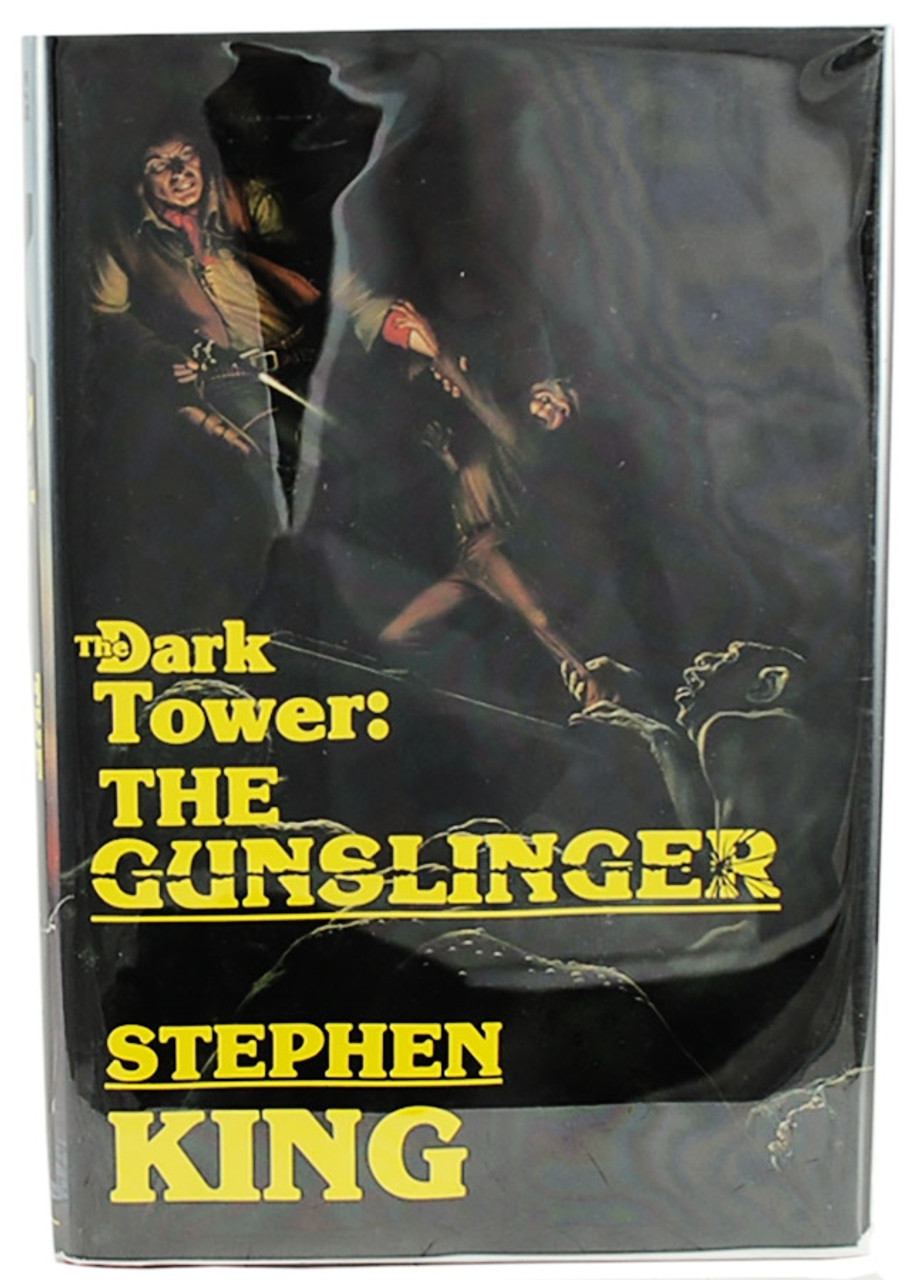 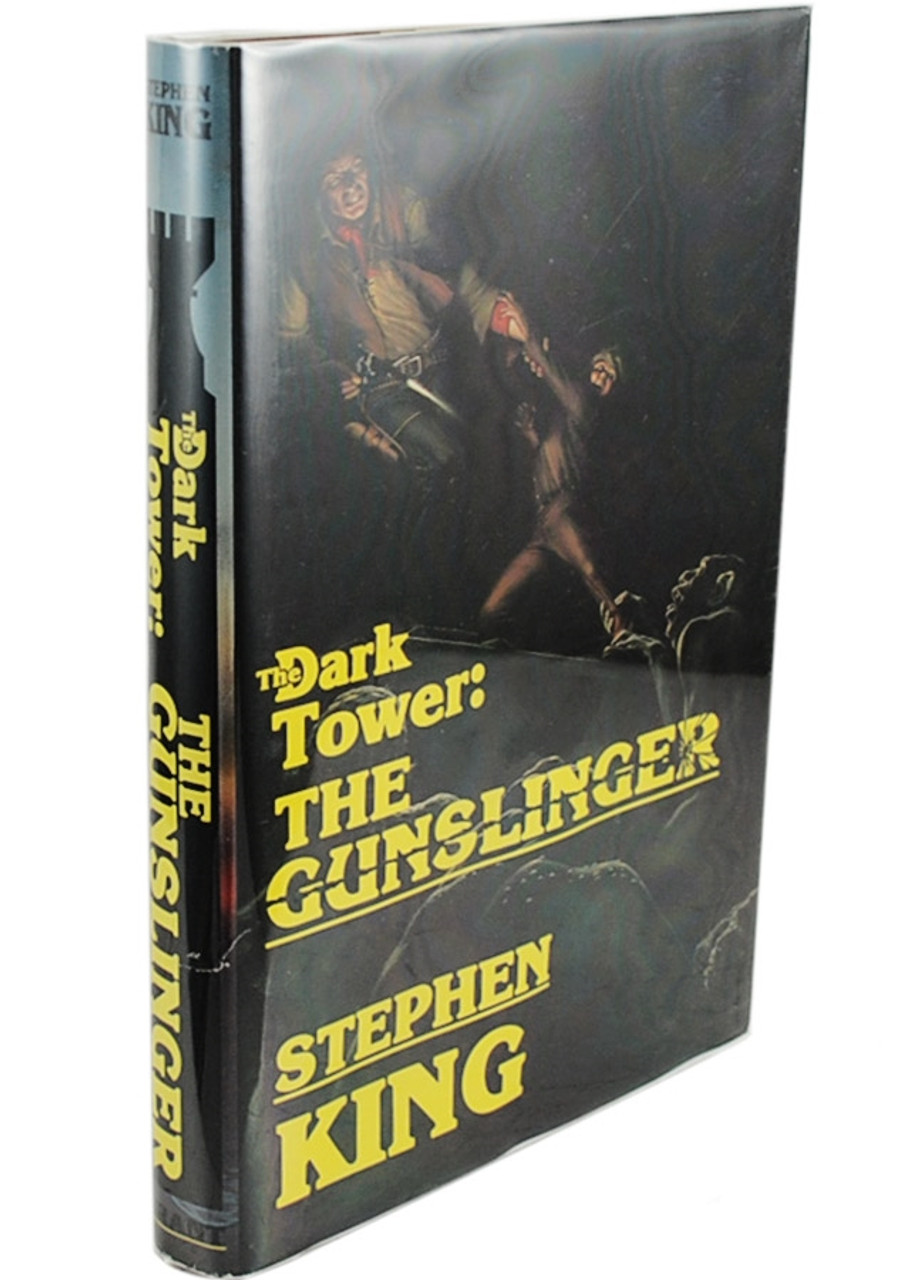 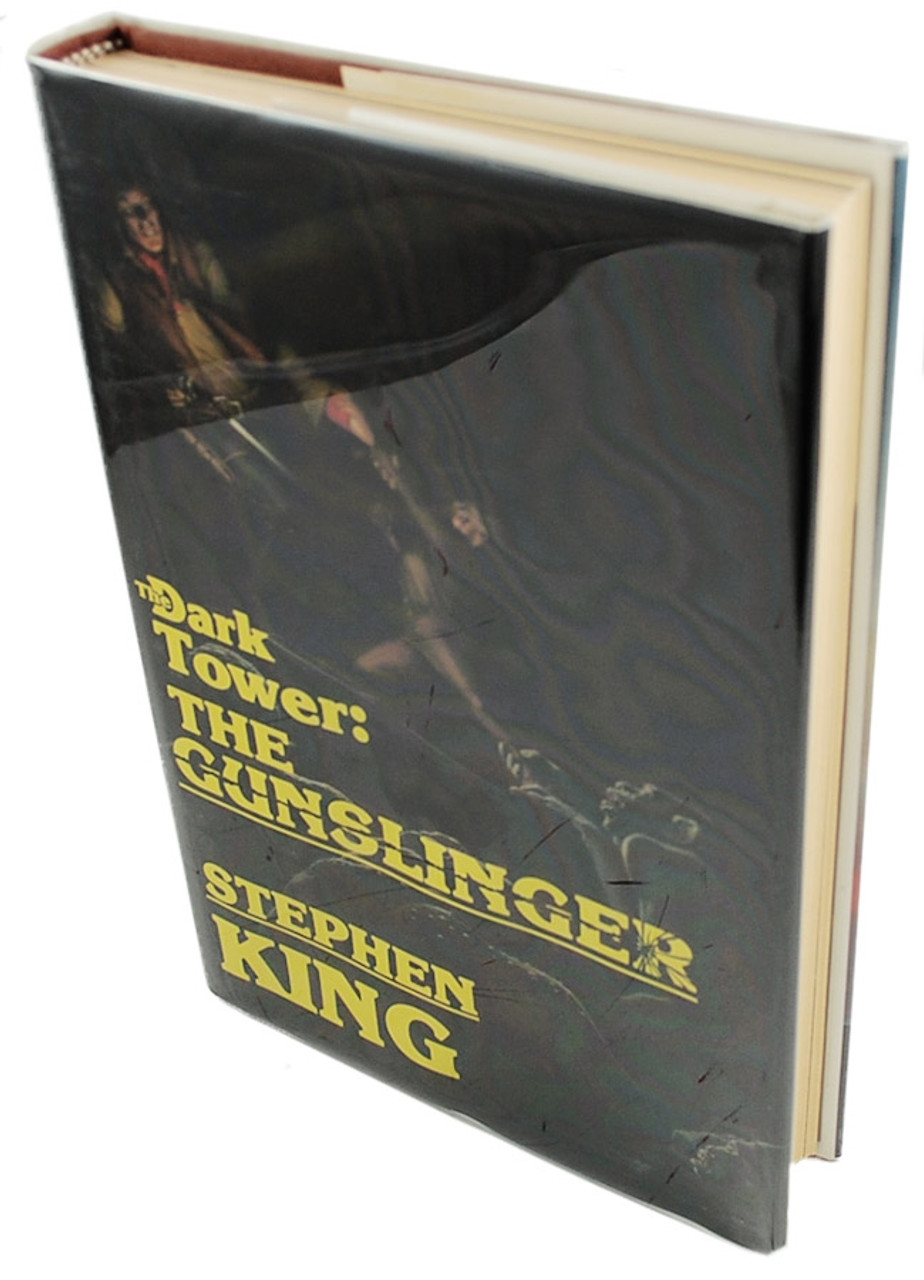 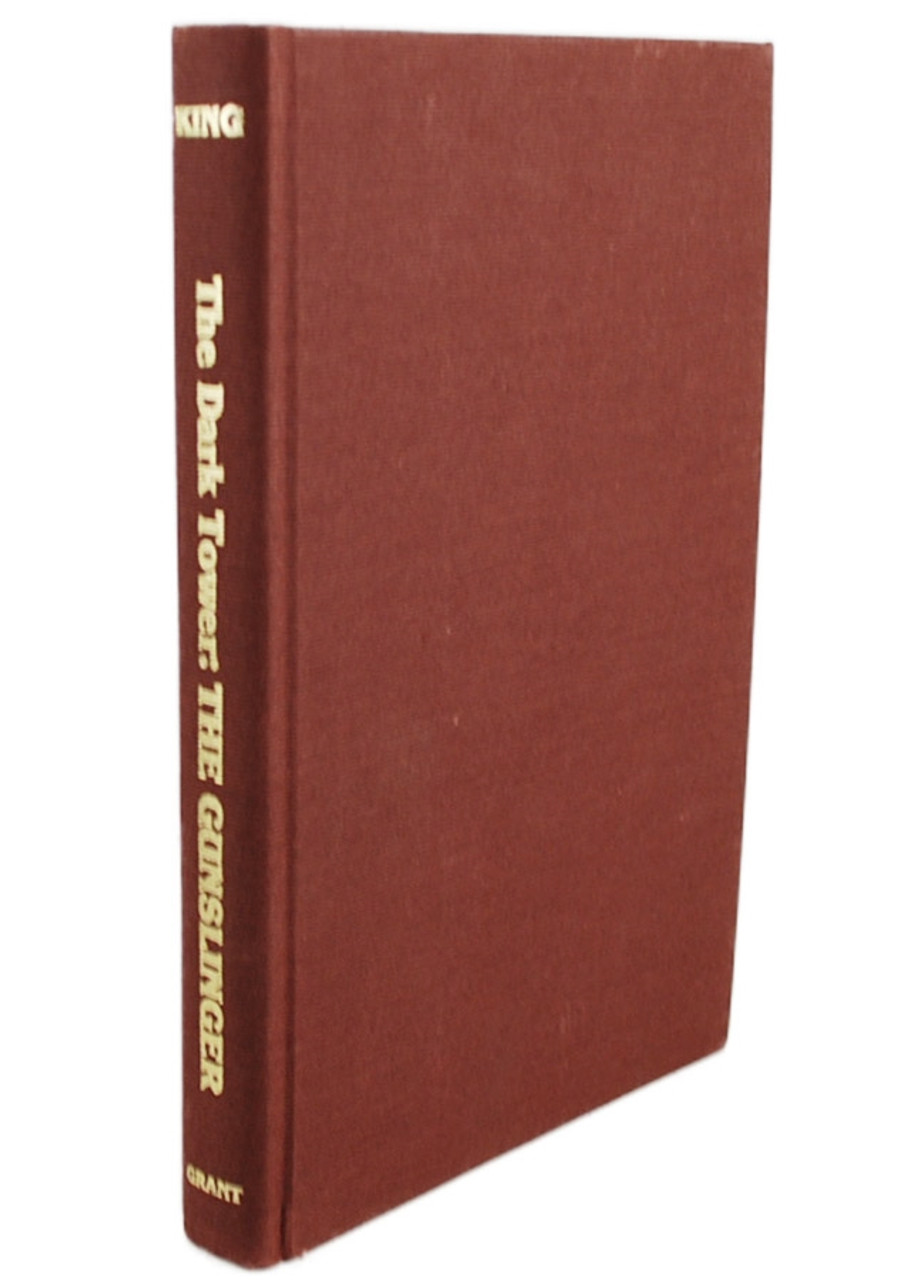 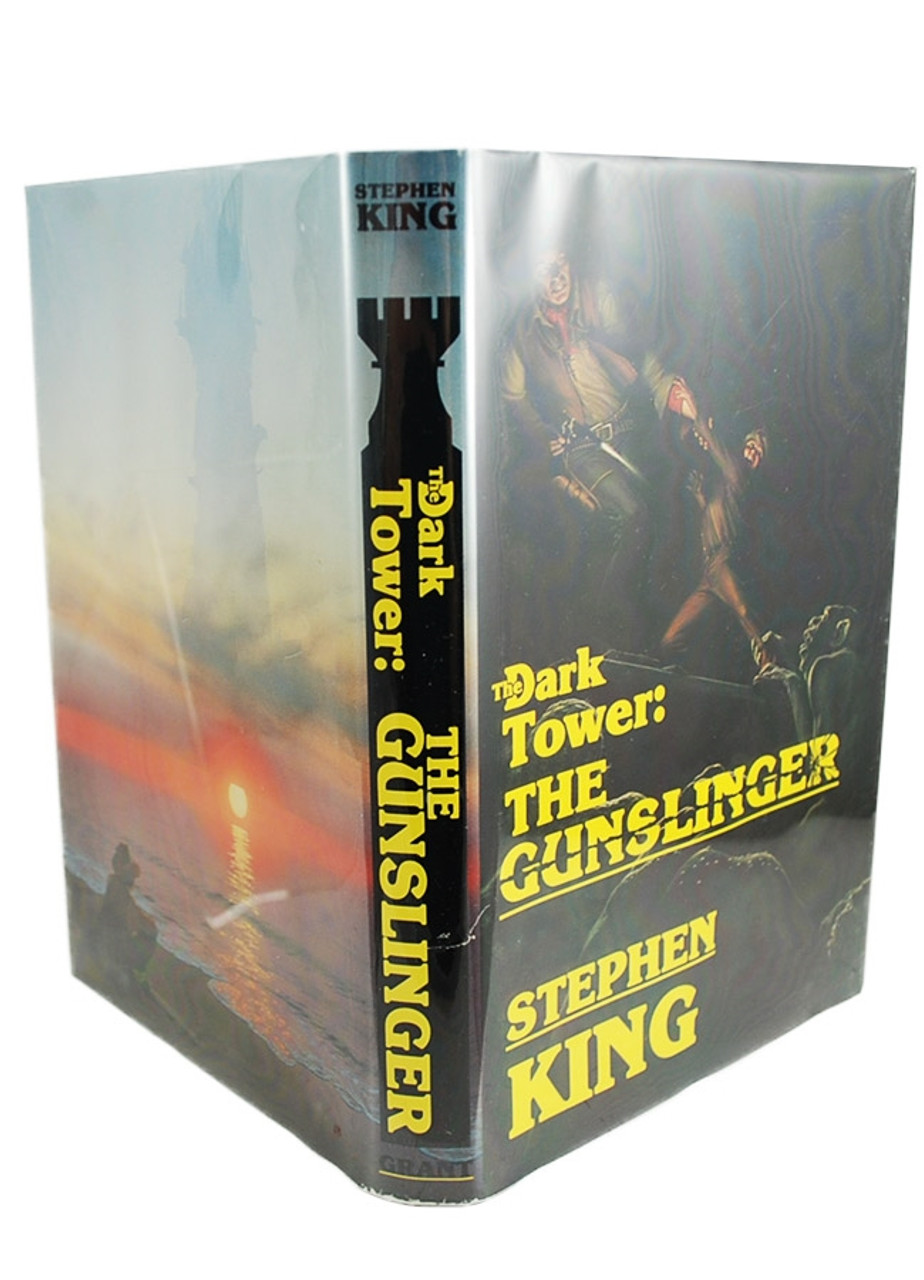 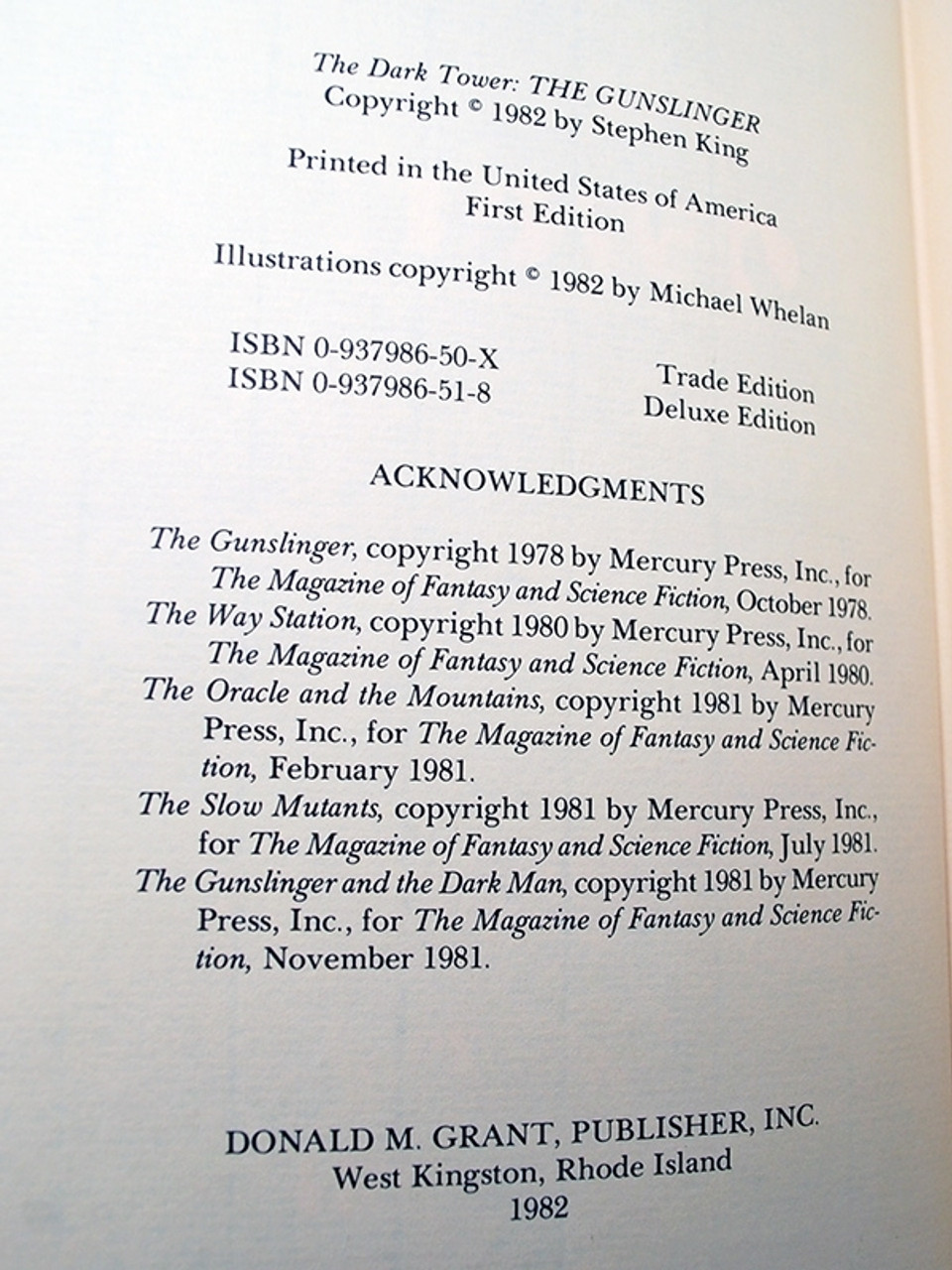 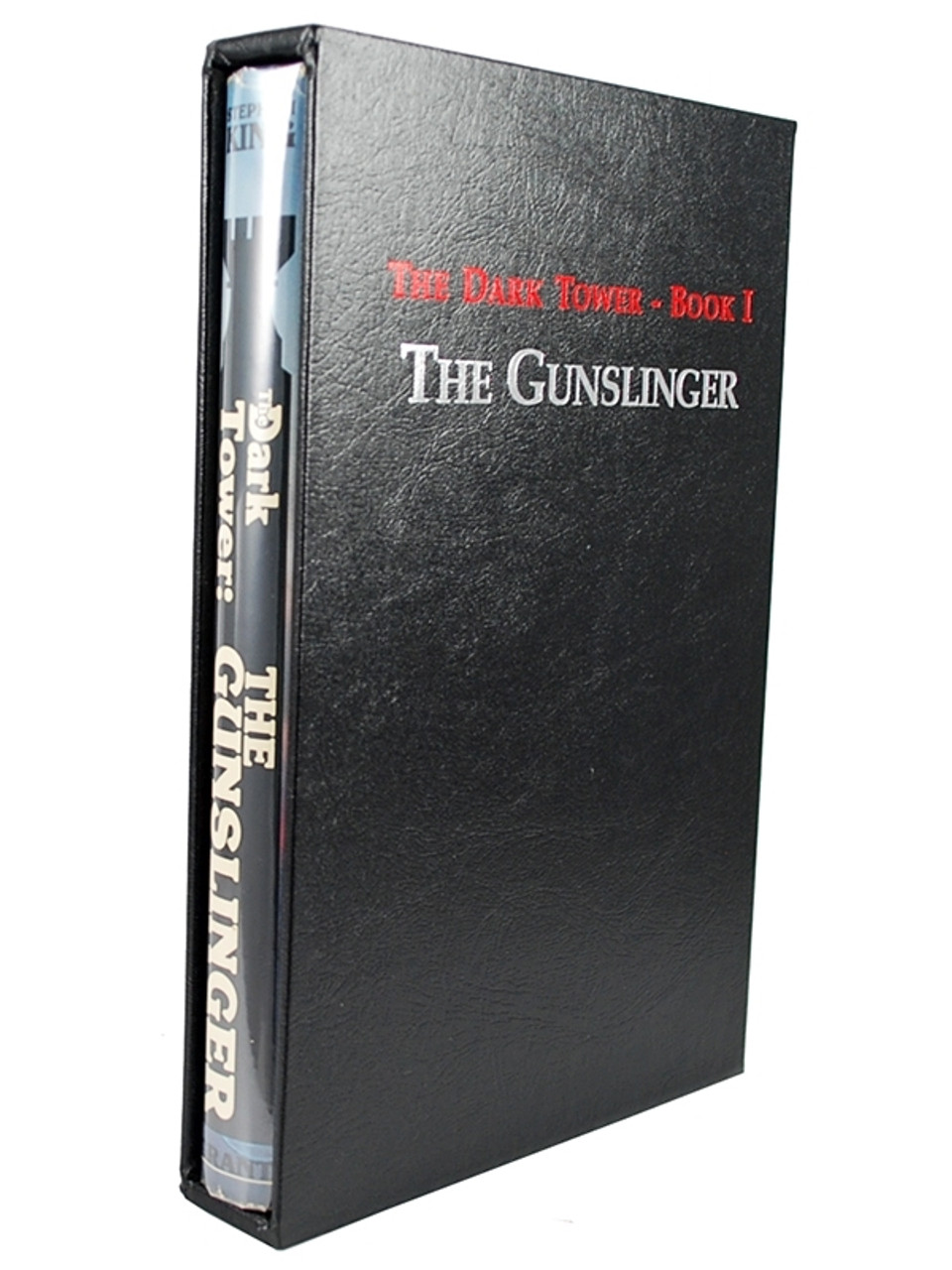 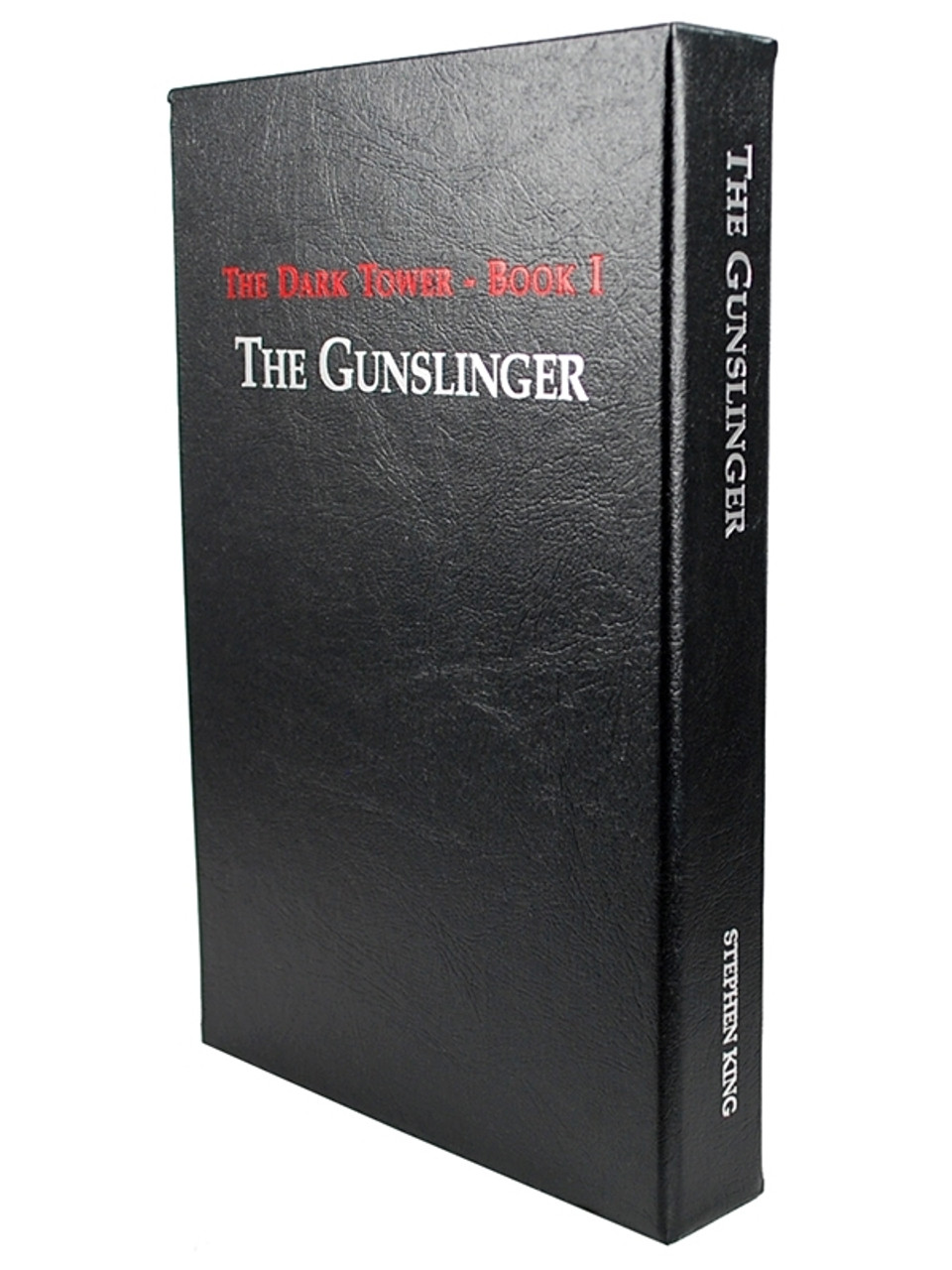 A Rare First Printing of The Gunslinger.

A wonderful edition for the discerning collector. Currently the First Edition of "The Gunslinger" is one of the most sought after collectible books that Stephen King has ever written. This book is significant because it started The Dark Tower series, of which King considers his magnum opus. The condition is better than most copies of this first printing title. A rare find in this original condition.


Brand new Mylar covering is now on the book to protect your investment. Collector's grade hardcover book worthy of your Stephen King library. Includes beautiful matching black slipcase. This case is faux leather and has the title and author stamped in silver on the spine. The front states "The Gunslinger" in silver and "Dark Tower - Book I" in red. Fine slipcase. 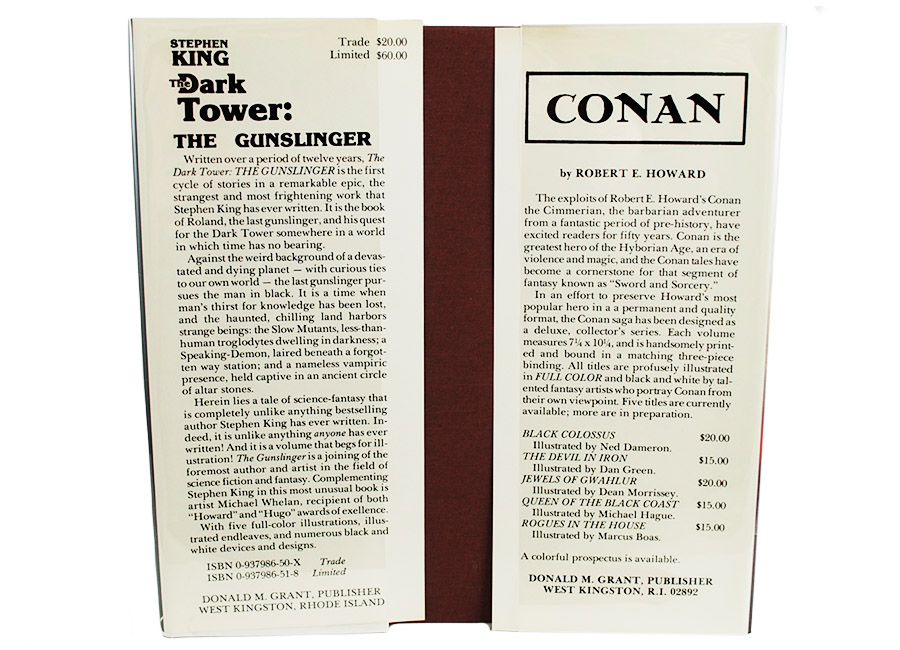 The novel was inspired by the poem "Childe Roland to the Dark Tower Came" by Robert Browning, which King read as a sophomore at the University of Maine. King explains that he "played with the idea of trying a long romantic novel embodying the feel, if not the exact sense, of the Browning poem." In March 1970, while a senior at the university, King began writing the novel on bright green sheets of paper. The five parts that constitute the novel were originally published in The Magazine of Fantasy and Science Fiction:

In all, it took King twelve years to complete the novel. The finished product was first published by Donald M. Grant, Publisher, Inc. as a limited edition in 1982. In 1988, Plume released it in trade paperback form. Since then, the book has been re-issued in various formats and included in boxed sets with other volumes of the series.

In 2003 the novel was reissued in a revised and expanded version.


About the artist Michael Whelan

The Science Fiction Hall of Fame inducted Whelan in June 2009, the first living artist so honored. According to his Hall of Fame citation, Michael Whelan is one of the most important contemporary science fiction and fantasy artists, and certainly the most popular. His work was a dominant force in the transition of genre book covers away from the surrealism introduced in the 1950s and 1960s back to realism.

Hardcover: Fine , appears unread with square and tight spine. A wonderful bring clean copy without any other marks, writings , or stamps. Clean & straight boards. No attached bookplates or indication of any removed. A well-cared for book, protected from any potential damage. The spine lettering is clear and not faded.
Dust-jacket: Near Fine with a small chipped corner and some light edge-wear in a couple of spots. .The graphics are clear and not faded. It is now protected in a brand new archival acid-free Mylar sleeve. Not price clipped. Slipcased in As New condition without any flaws.